Sandwiched between two new blocks of flats overlooking the A11, no. 223 Bow Road is a surprising sight. 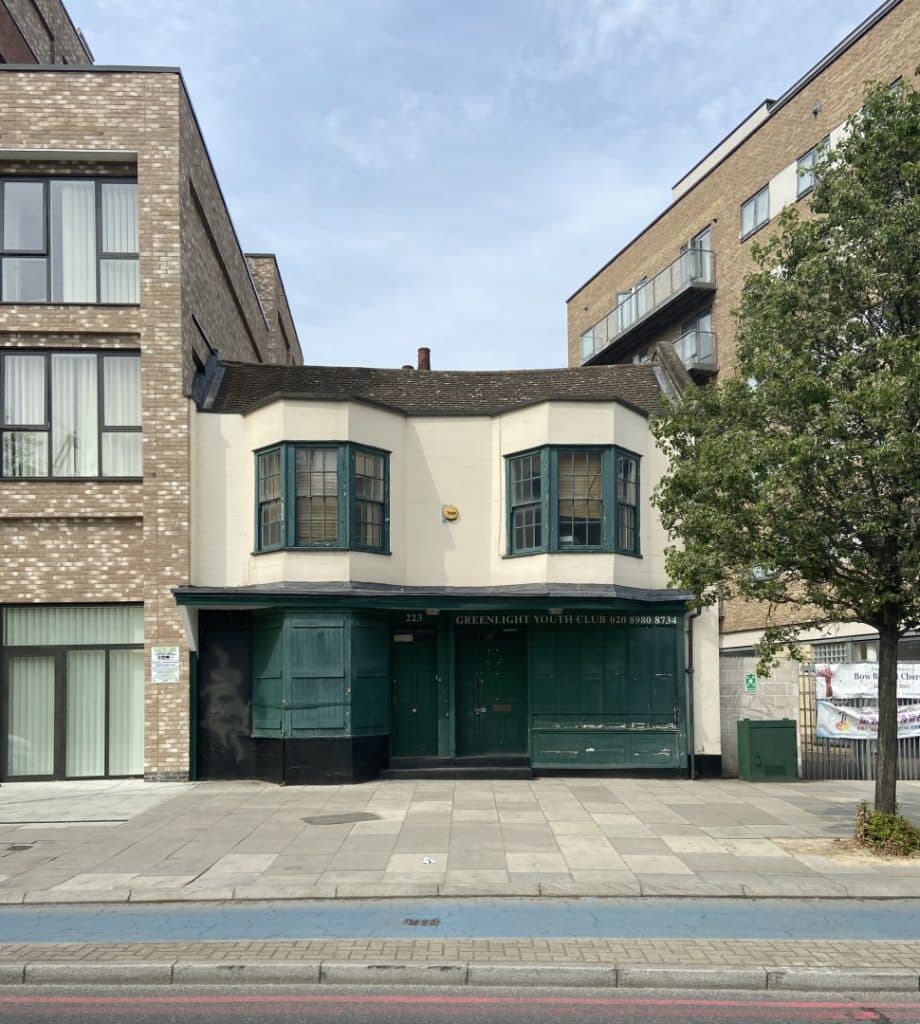 It looks like something left over from a film set, but I was delighted to discover that it was authentically historic!

Although the ground floor shop front is a 19th century addition, the fabric of the rest of the building is late 17th century and Grade II listed. 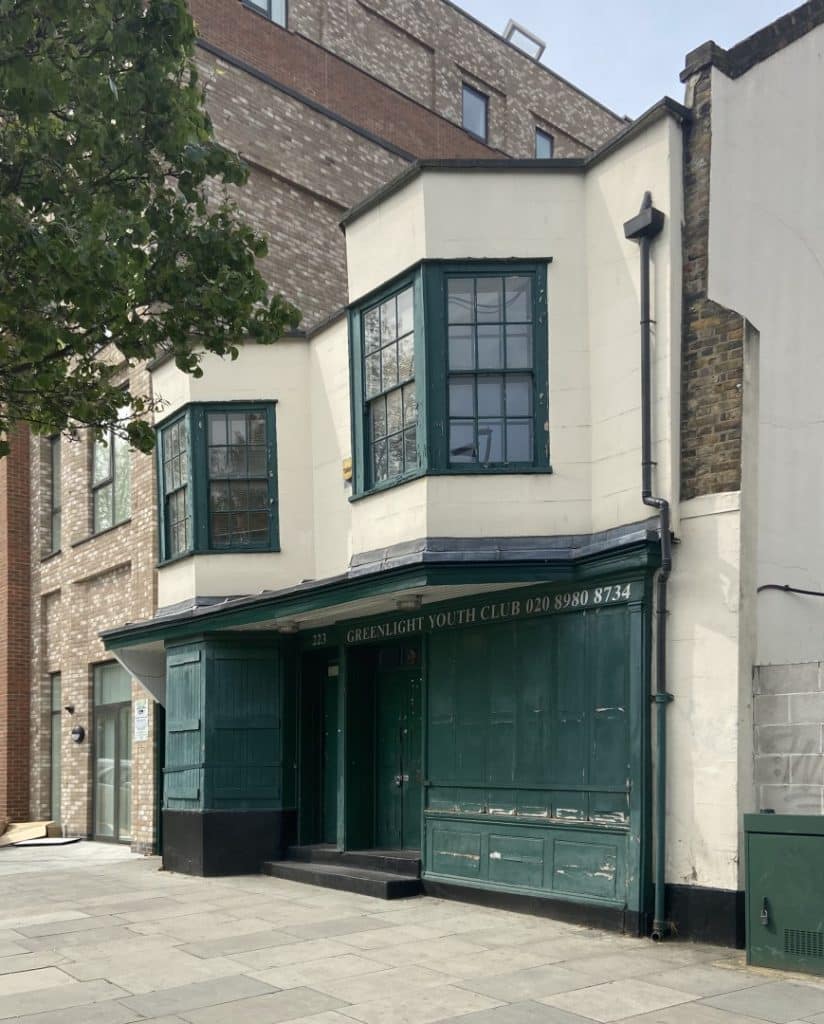 Bow has some amazing buildings but only a few are pre-Victorian, so this building is a rare treat.

I was intrigued to know who lived and worked here after seeing an incredible picture.

Superb @whofalldifan Yes, its great that the old corn-chandler’s building is still there. Here are a couple of B & W photos of 223 Bow Road the first of which is from c.1900 & the second from 1937 both of which come from @LBTHArchives pic.twitter.com/fqb002ri8F

The first image in the tweet above was taken 19 November 1909 and the second is from the William Whiffin Photographic Collection, 1937 both are in the Tower Hamlets Local History Library & Archives.

From howesfamilies.com (isn’t the internet wonderful?!) I’ve attempted to track a rough family tree of the occupants living at 223 Bow Road.

(Bit of a caveat, I’m not a genealogist so the below is what I’ve pieced together from scant data and I very much welcome any further info!)

The earliest record of a resident at 223 Bow Road is Mary Howes. Née Jackson and born c.1816, she is listed as a widow and head of the household in the 1881 census. Also living there are three other women. I assumed – given their ages – they were her daughter; Emily Beaumont Howes (27 years old), and two granddaughters; Emily and Anne Davidson (aged 6 and 7).

Emily Beaumont Howes is listed as resident at 223 Bow Road from 1881 until 1911, her occupation is a corn merchant.

From 1911 the next occupants are Daisy Louisa Townsend (b.1885) and Thomas Stanley Howes (b. 1882) who marry in 1906. Thomas’ occupation is listed as Corn Merchant Assitant from 1911 so presumably he’s taken over the business from Emily. From what I can work out he is Emily Beaumont Howes’s nephew.

From there the trail of the Howes goes cold.

However, there’s a later picture which shows the new owners J.Robson & Sons.

Bow Road by David Granick, 1969. The original image is held in the Tower Hamlets Local History Library and Archive.

The Tower Hamlets Archives have a photograph from 1976 with the description ‘Ye Olde Style Confectionery shop’. You can view the charming black and white picture here.

More recently it has been home to the Greenlight Youth Club, founded in 1976 and offering education, social and leisure activities for local young people. 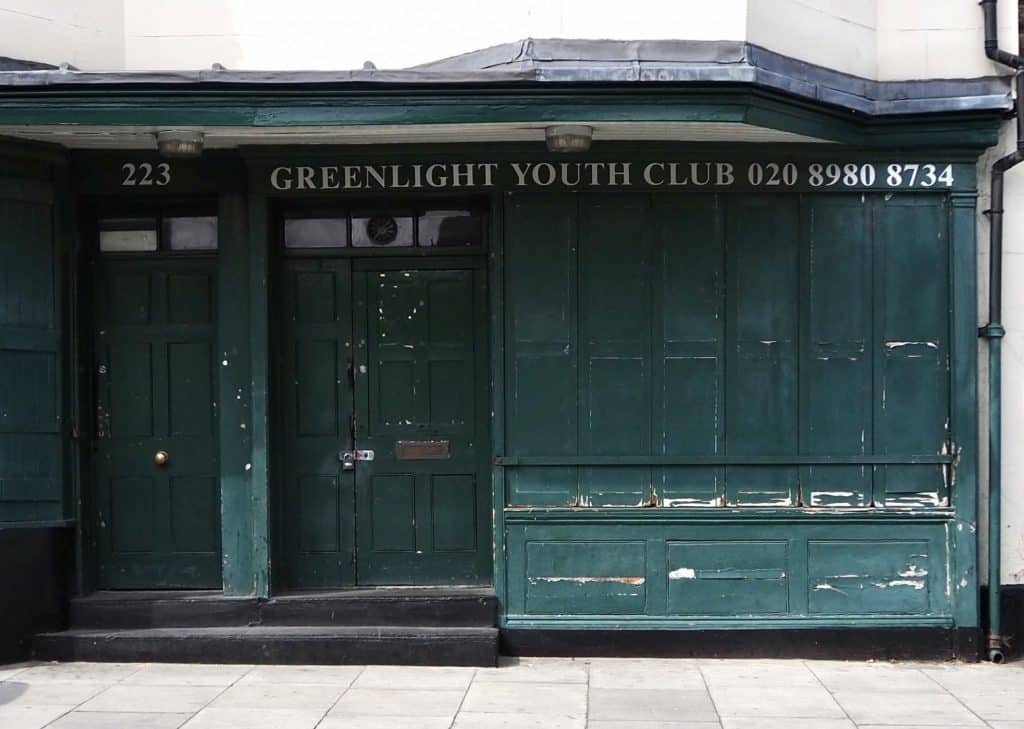 For the time being it looks unused, though I’m not sure if that’s due to the current global pandemic.

I’m hoping that once the Tower Hamlets Archives reopens I can find out some concrete answers. Until then if anyone has anything to add, do let me know!