7 Lothbury | A Slice of Italy in The City

This beautiful little building can be found behind the Bank of England at 7 Lothbury. 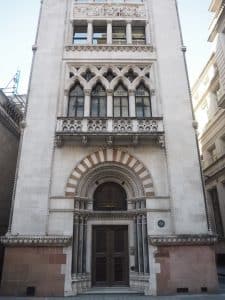 The City of London, being the most historic part of the capital, isn’t short of stone buildings. But with seemingly unstoppable rise of glass and steel, this colourful stone edifice with intricate details made me pause a while.

It was built 1866 by George Somers Clarke in the Venetian Gothic style. That in itself isn’t that unusual, there are plenty of London buildings found in that style. However, this is quite an early example.

Pevsner, the architectural historian, called it “An amazing building for its date … when context and convention still favoured the classical.”

And some of the details are wonderful; from a row of sphinx gazing down at you, to a Medieval-style frieze depicting trade and commerce. 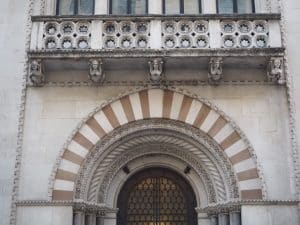 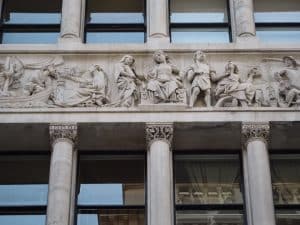 This is in keeping with its function, originally built for the General Credit and Discount Company and then later occupied by the Overseas Bankers Club. 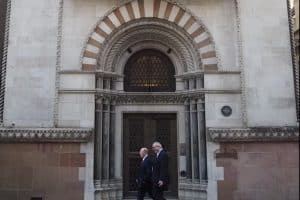 Lastly, it’s worth noting the door. Not only does it look like the opening into an old Italian church, but it’s migrated. The entrance, which now faces onto Lothbury was moved from the side on Tokenhouse Yard between 1892 and 1919. 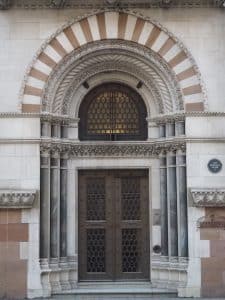 Although it received Grade II* listed status in 1964, the building was under the ‘at risk’ list in 2005 before it was redeveloped. Today it’s a collection of 11 private flats.