In the North West corner of Russell Square you could easily ignore this plaque, but it’s worth taking a second glance.

I’m pretty sure this might just be London’s most apologetic plaque. 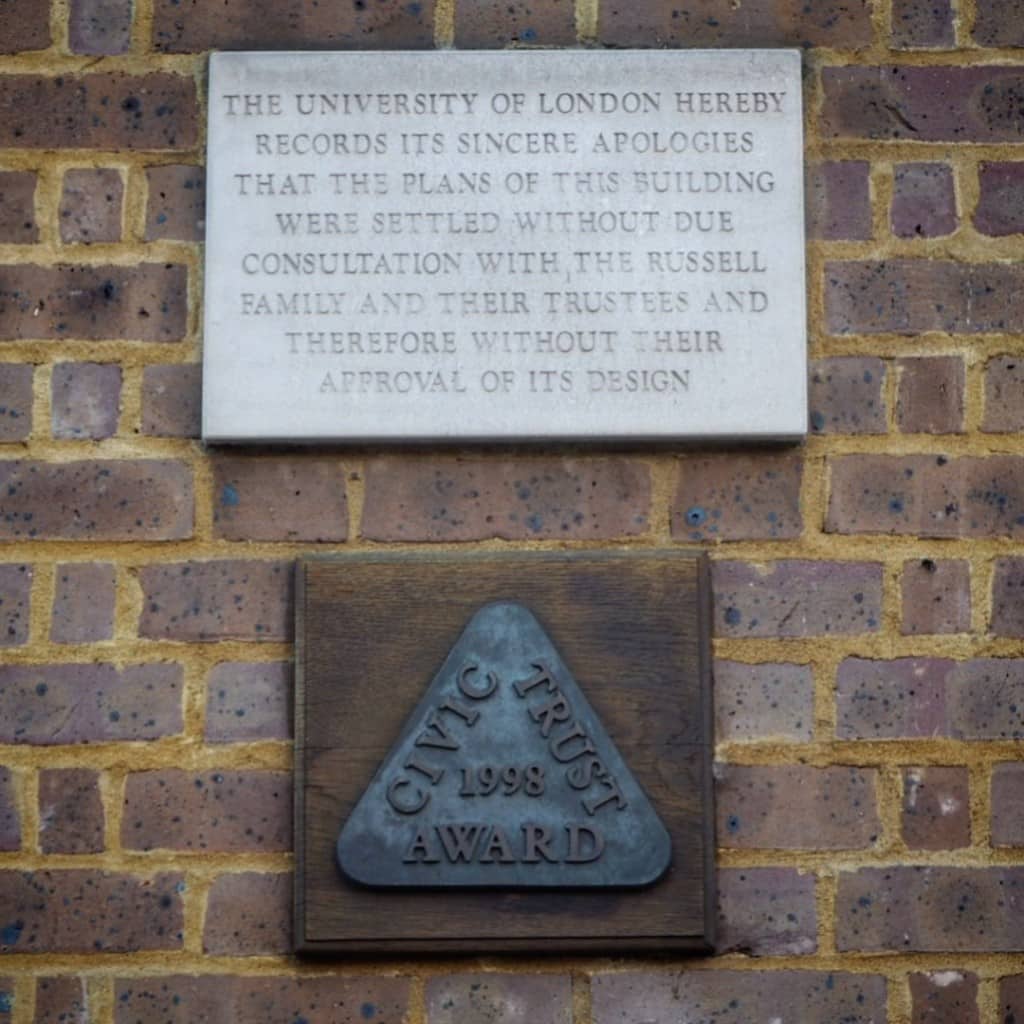 So what’s the story of this apology plaque?

The – above mentioned – Russell family are a pretty big deal around Westminster and Bloomsbury.

Francis Russell, the 1st Earl of Bedford, bought the land now occupied by Covent Garden back in the 17th Century which is why you’ll see lots of Russell and Bedford street names around there.

From the 1950s though, big chunks had been sold off and University of London bought a plot on the North West corner of Russell Square.

Apparently it was a condition of sale that the Russell family got approval of the visual design, but – clearly – something went wrong.

The offending building you can see below, erected in 1988 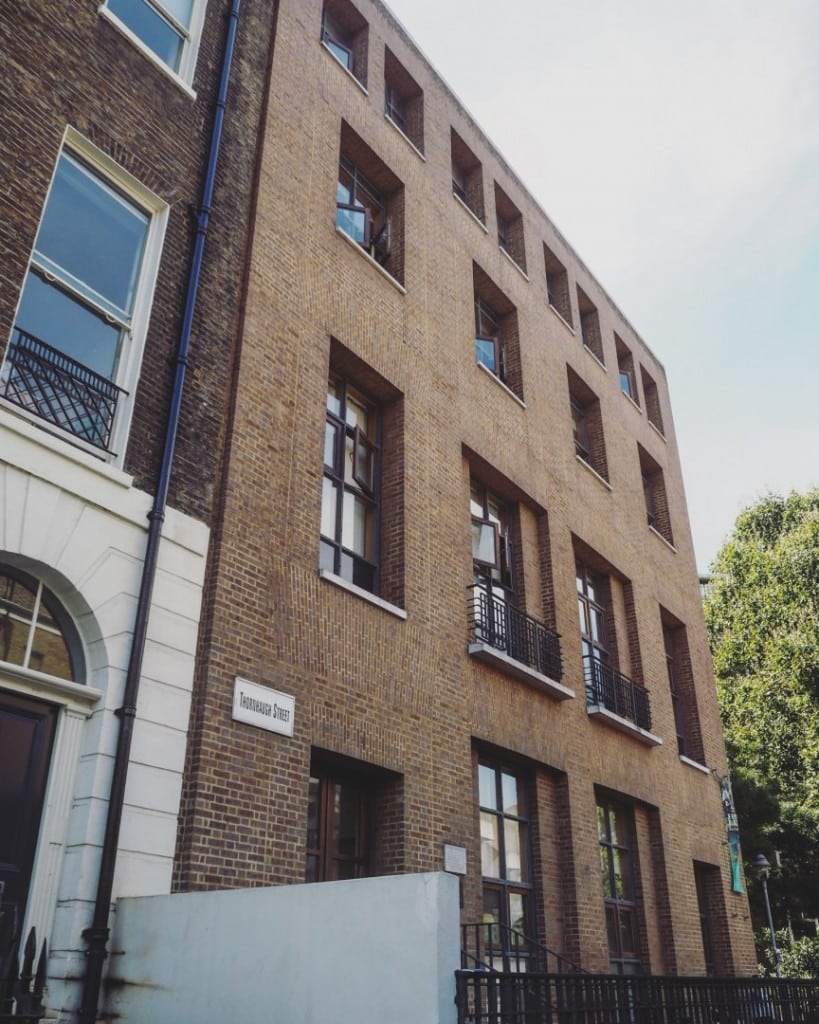 Although the family were shown initial plans, they never had final sign off. In 1995 University of London put up a plaque as a token gesture, with the wording supplied by the Russell Family.

The building houses the Brunei Gallery, which has a beautiful roof terrace and garden on top. 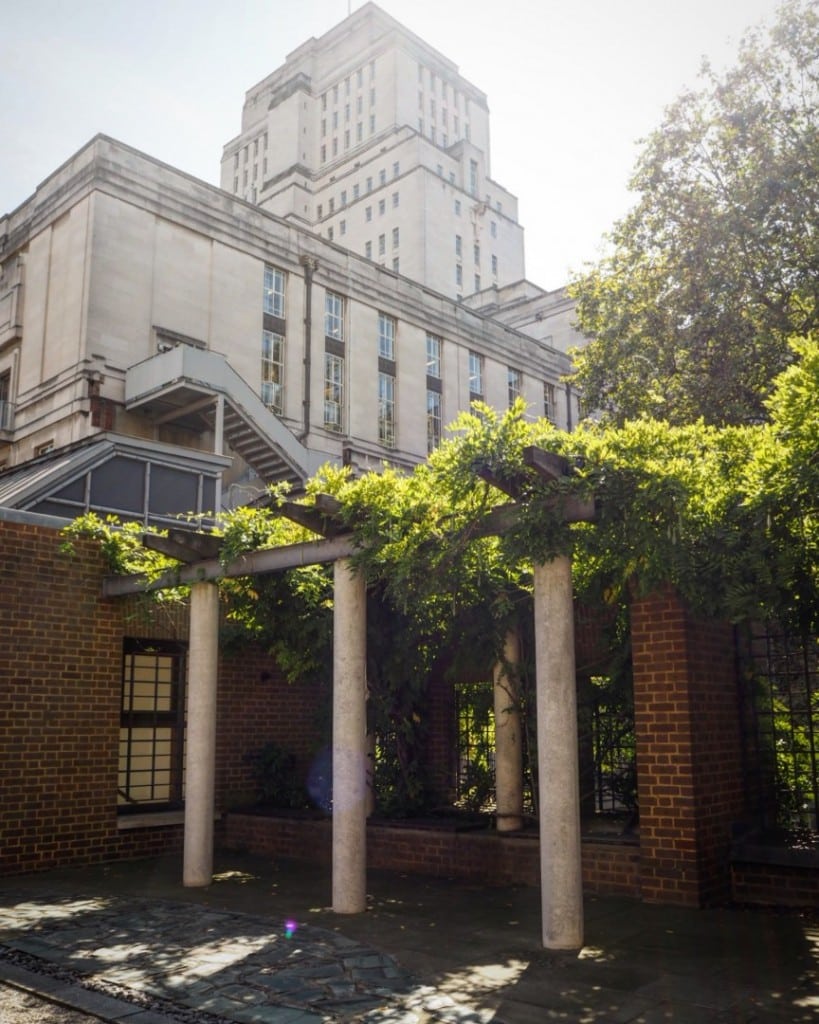 So at least there’s sort of a happy ending! 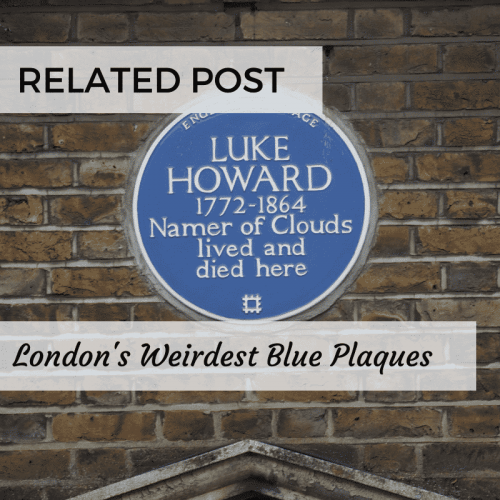