The infamous tower block in Poplar was designed by Erno Goldfinger and erected in 1968. Whether you love it or loathe it, Balfron Tower is firmly part of the nation’s heritage and was given a Grade II listings in 1996 from English Heritage. 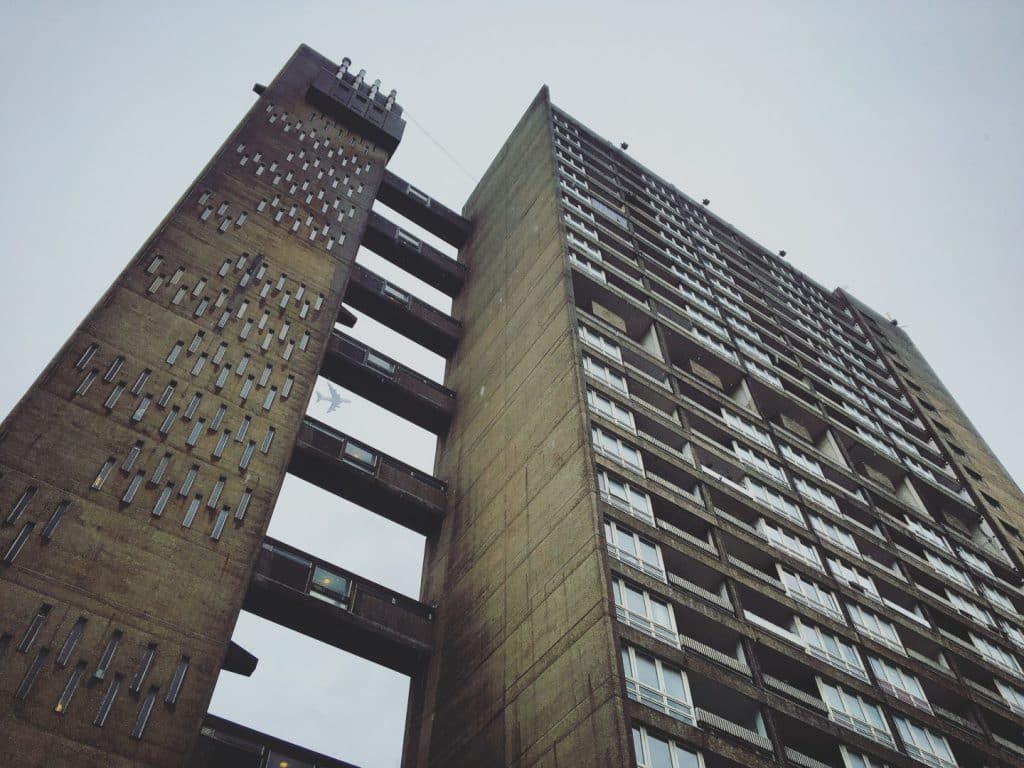 It’s a testament to a particular period in British history, a post-war moment that coincided with the architectural movement; Brutalism and the mass use of concrete. The National Trust say;

“Balfron Tower is the welfare state in concrete. It deserves, nay demands, our attention.”

It’s well known that after a neighbourly disagreement with Ian Fleming, Erno Goldfinger became immortalised as a Bond villain in Fleming’s novel (animosity developed when Fleming lived in Hampstead and took a dislike to Erno’s design for nearby terraced houses.)

However, the spat escalated with Goldfinger discovered the use of his name and threatened to sue. Jonathan Cape, the publisher agreed to settle out of court and make clear in advertising and future editions that all characters were fictitious.

Fleming was livid and asked Cape to issue a correction slip in all future editions of the novel saying the character Goldfinger should have been called “Goldprick.” It’s probably for the best that this didn’t go ahead, it’s nowhere near as catchy!

Back to the Tower

Goldfinger’s intention may have been to – literally- elevate the working class from a life in slum housing, but in its initial years the Balfron was plagued with controversy, claims on council neglect, mistreatment and crime within the 27-story building.
It’s ironic then that now this estate is being completely transformed, the social tenants being forced to move out and the whole block being sold to private companies in the coming years.