Behind the Scenes at Tower Bridge

in architecture, London, Look Up London, Things to do in London, West London
7 Comments

It’s definitely a London bucket list item; to go behind the scenes at Tower Bridge.

I’m not talking just the basic go up to the walkways above the traffic below. I’m talking about the experience of going actually inside Tower Bridge.

So I finally got around to booking onto a behind the scenes tour to hear (and see!) all the ins and outs of this iconic London site! 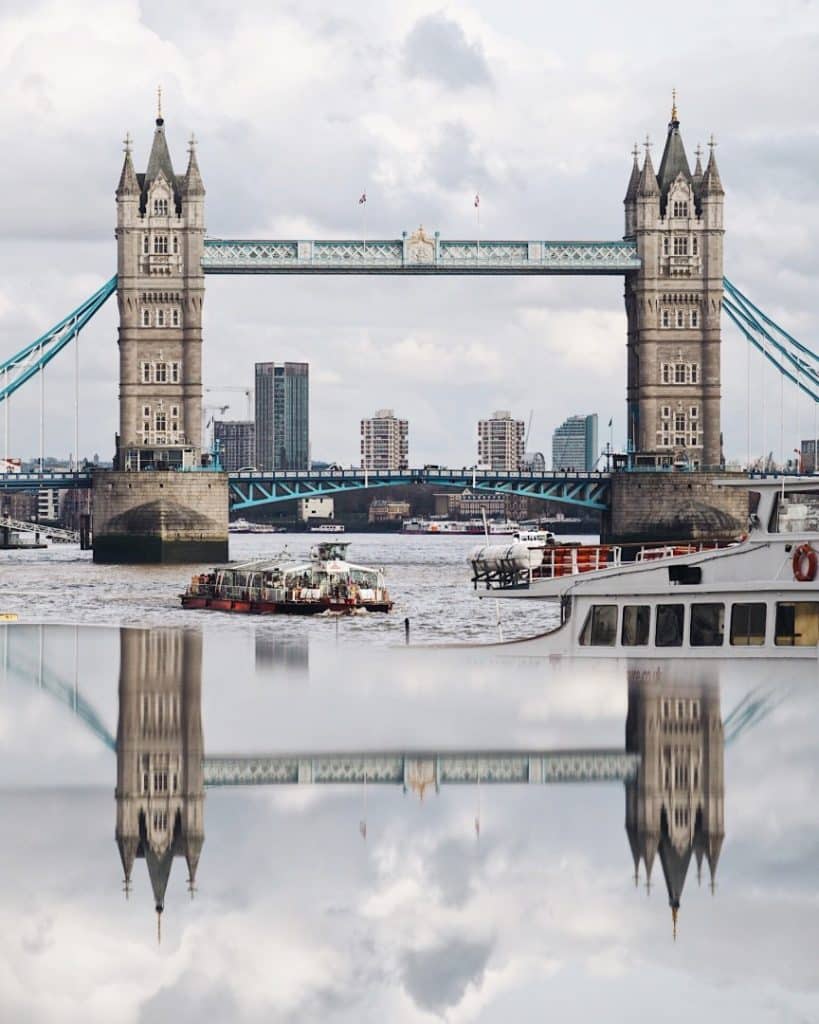 A BRIEF HISTORY OF TOWER BRIDGE

By the 1870s there was a million people living east of London Bridge. Many had to cross London Bridge daily and it could take hours just to get to the North side of the river.

So London desperately needed another bridge east of London Bridge.

However, 19th century London was one of the biggest and busiest port cities in the world. So a bridge to ease road traffic had to also take into account the river traffic.

There were over 50 design proposals; ones that were high enough for boats to pass under, or that had movable sections.

But the winning design came from Horace Jones (the City Architect) and John Wolfe Barry who suggested a bridge which opened in the middle. 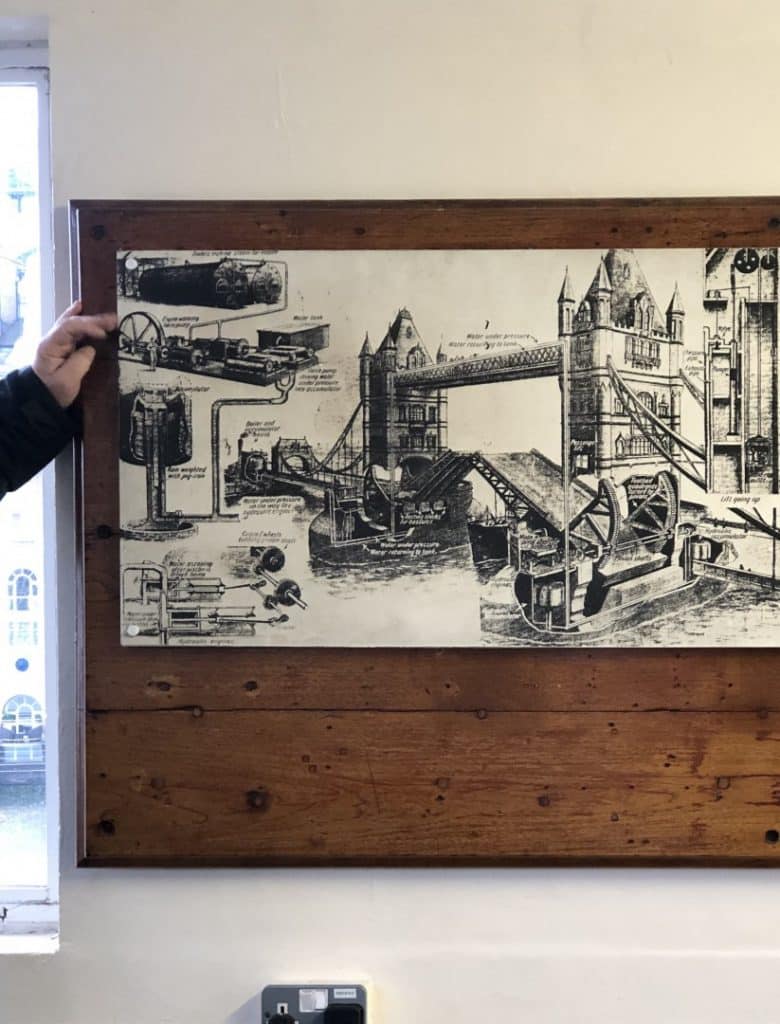 After 8 years of construction the bridge opened on 30 June 1894.

HOW DOES IT WORK?

Technically Tower Bridge is four bridges in one; box girder, cantilever, suspension and bascule. But for now let’s focus on bascule.

French for ‘see-saw’, the bascules pivot at a point by the base of the towers, 422 tons of lead and iron counterbalancing the longer pieces to let them rise.

Until 1976 this was all powered by hydraulics; steam powered two pumping engines and eight large hydraulic engines which in turn lift six accumulators that stay in position until the bridge needs to be lifted. When needed, the accumuators were lowered, pushing the water which pumped pistons, that turned cogs, that lifted the bascules. Simple! 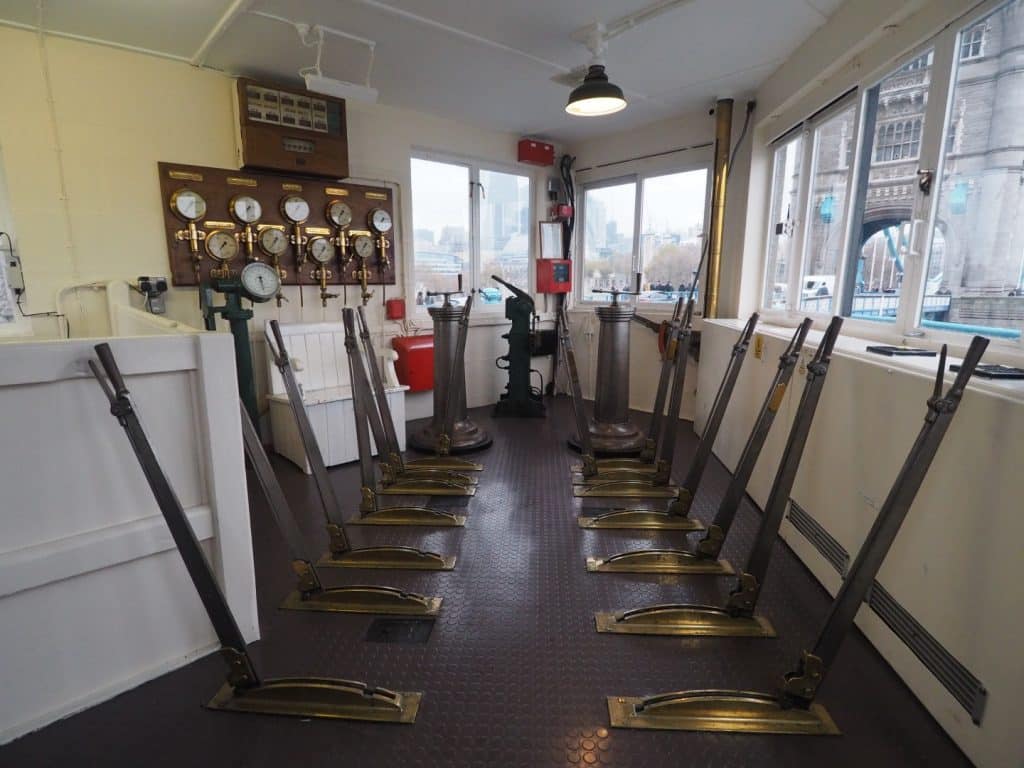 Today it’s powered by electric pumps that operatic the hydraulics and it lifts a lot less too. Only around 800 a year compared to 4,000 lifts a year at the height of the operational docks. 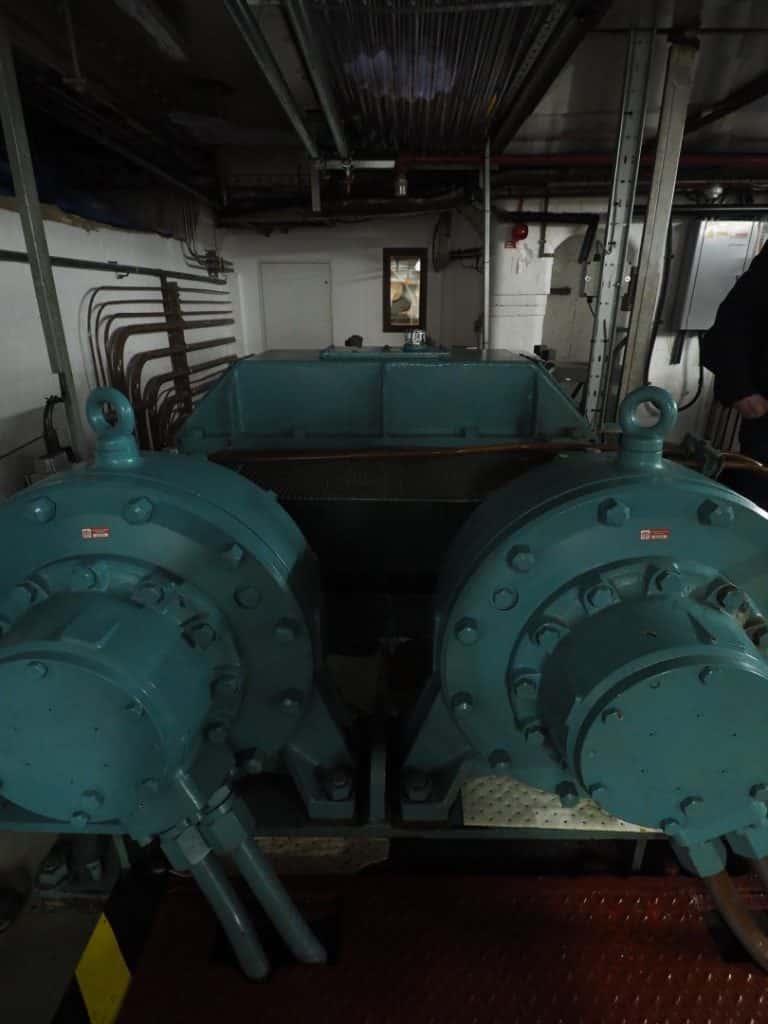 The design of Tower Bridge always included raised walkways, basically a way for pedestrians to cross even if the bascules were raised.

You didn’t even have to walk up the 206 steps, there were lights that could carry up to 25 people, powered by the same hydraulics as the bascules. 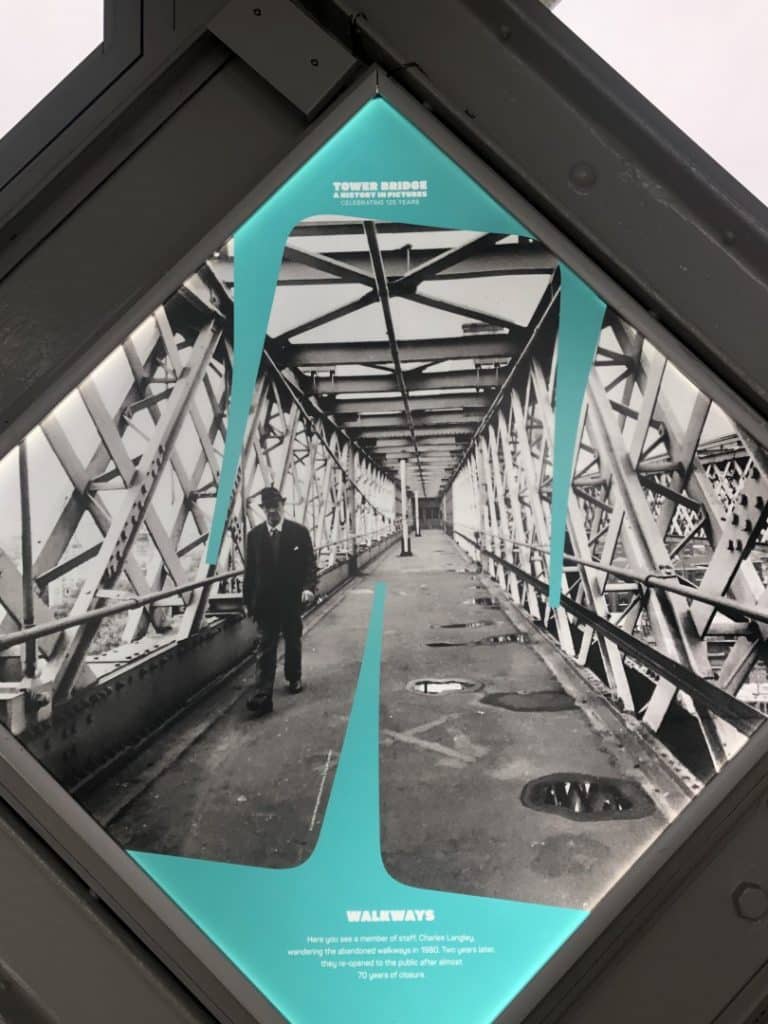 They eventually closed to the public in 1910 but since 1982 they’ve been open as part of an exhibition for the paying public and today they have the added thrill of glass walkways, with a view down to the traffic below! 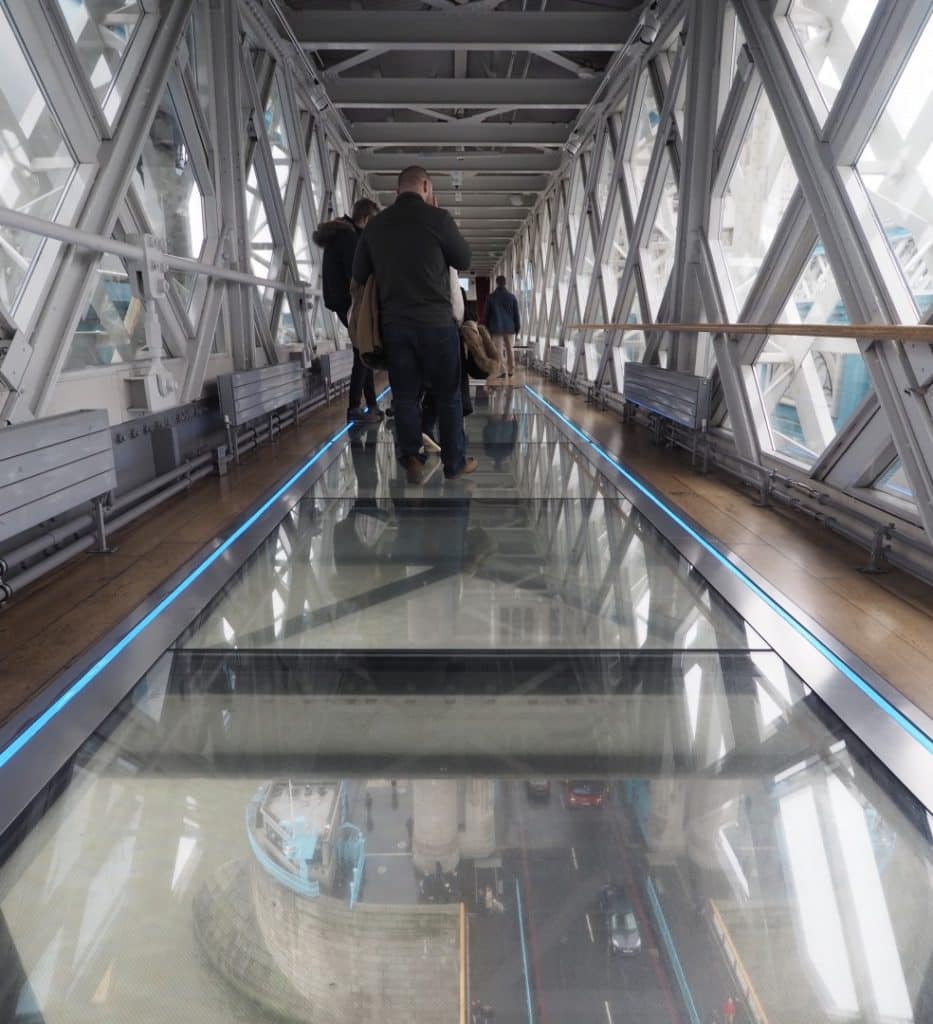 Still, it’s nothing compared to the nerves of steel required to actually build the bridge in the lat 19th century. life-size figures give you an idea about the complete lack of health and safety during construction! 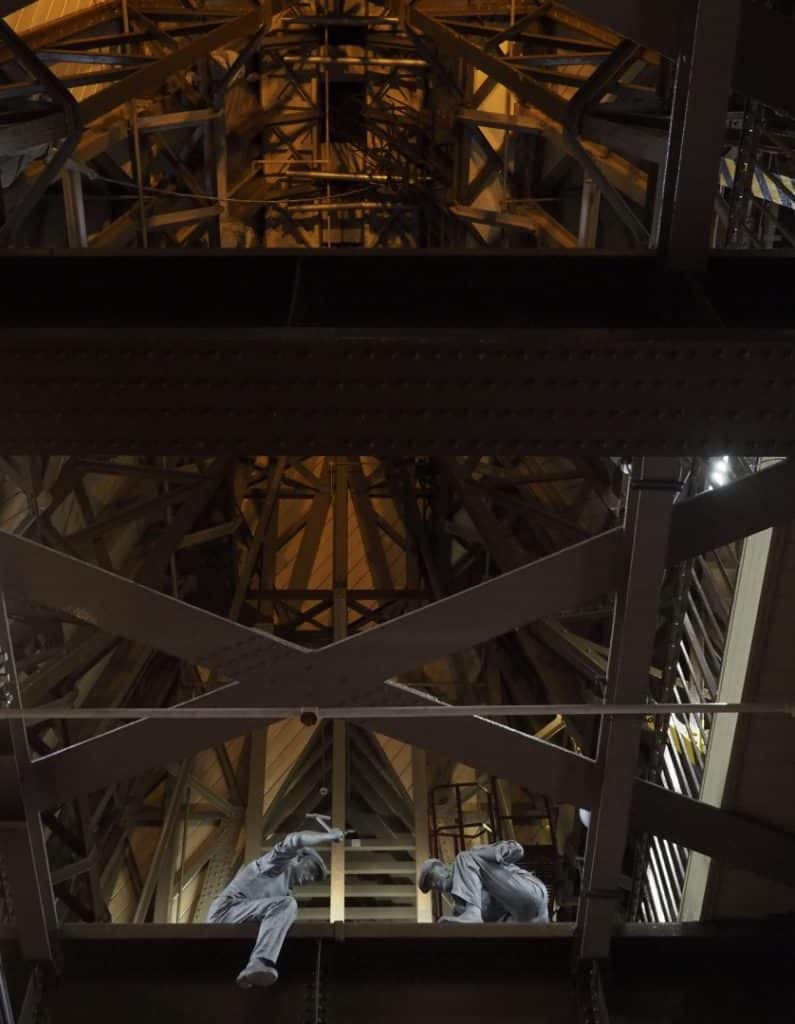 But what I was really excited about on the tour was a chance to go down. Right down and into the bascule chambers of Tower Bridge.

Inside the Bascule Chambers

Firstly we descend into the south pier of Tower Bridge, it’s hard to get a sense of the scale in photos. 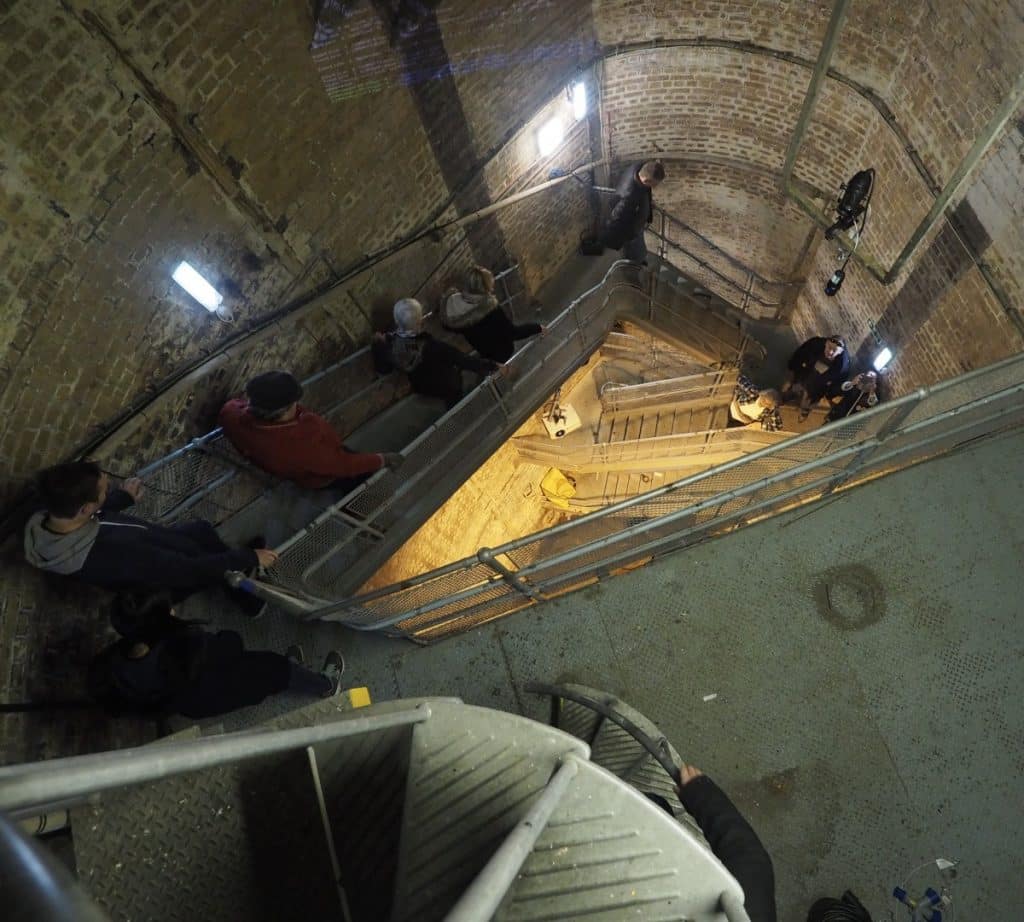 It’s also a struggle to believe that they used to descend these steps down a rickety wooden ladder!

We then enter the bascule chambers and they are huge, even bigger than I expected. 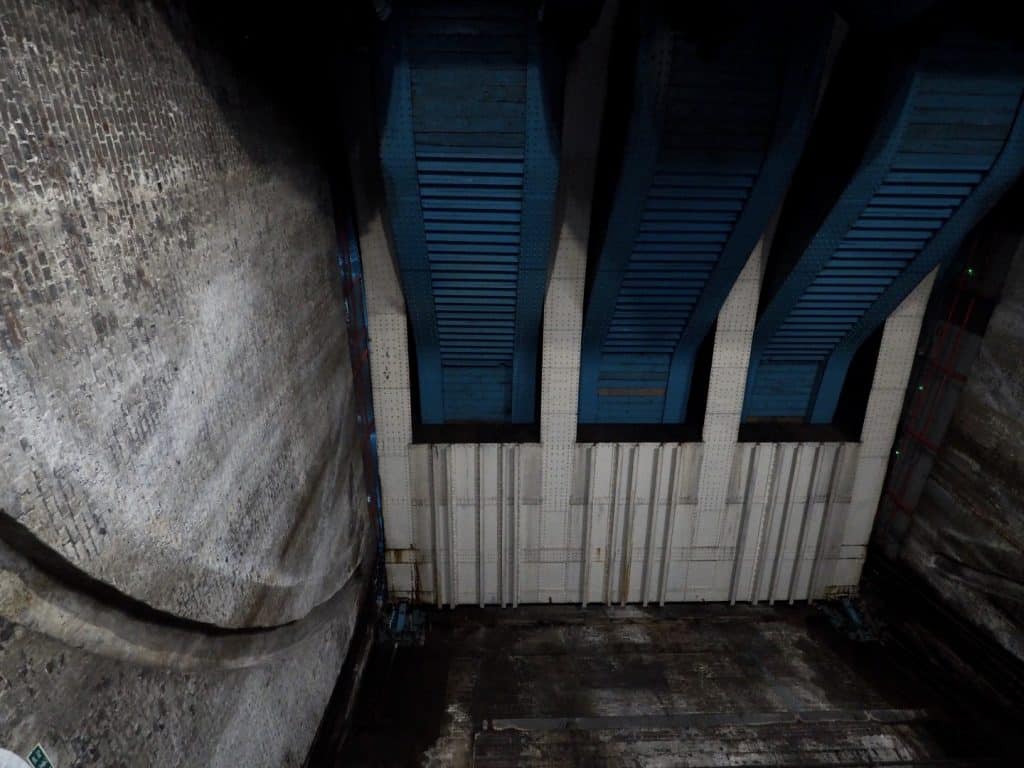 It’s only when you see Dave, a bridge driver and guide in context that you get the idea! 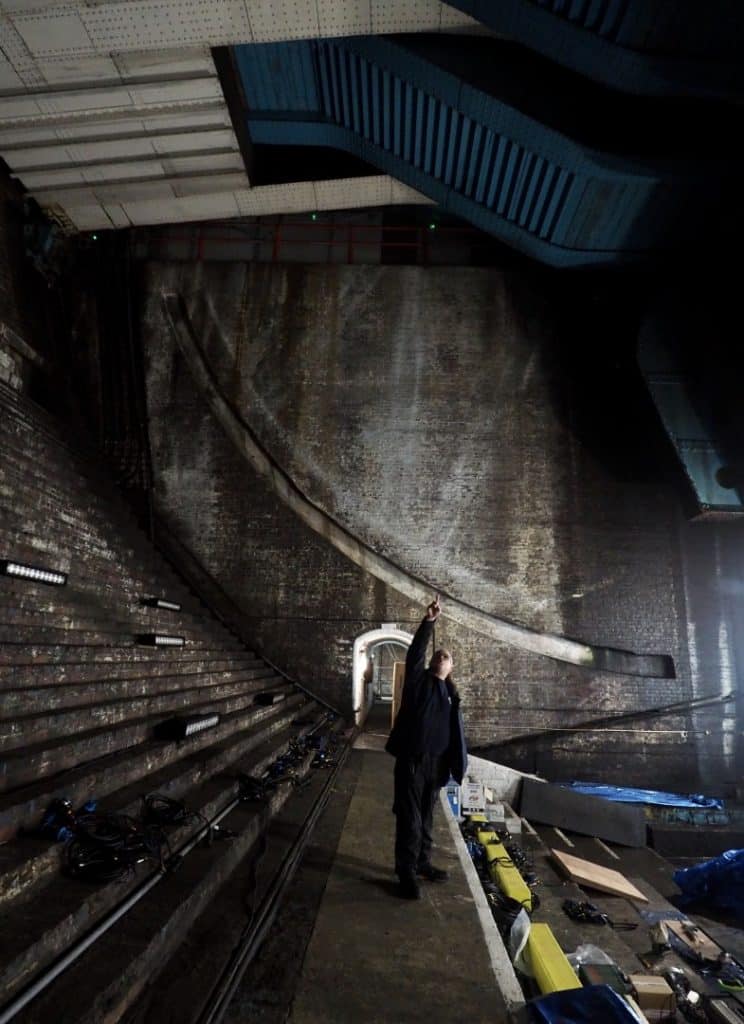 I for one was happy there was no lift bridge scheduled for the day I visited.

When the bascules are raised, the counterweight gradually move into this space. We were told that they wouldn’t quite reach the walls, but I wouldn’t want to risk it!

Watch my YouTube video all about the hidden history of Tower Bridge here!

Get Behind the Scenes at Tower Bridge

The behind the scenes tours will go on sale again in Winter 2020 but you can find out more and sign up for the Tower Bridge newsletter here.

You can see all the latest information about events in the bascule chamber  here.