It’s usually while walking London’s streets that I do most of my looking up, scouring the level above shop signage on the hunt for historic clues. But recently I’ve been gathering a list of interiors where your jaw drops as you look up. These – in my humble opinion – are the best London ceilings.

How many have you ticked off?

Let’s start with the oldest.

The only surviving part of the original Palace of Westminster, Westminster Hall appears to blend right in with Charles Barry’s 19th century Houses of Parliament, but it’s actually one of London’s oldest buildings.

Westminster Hall is the largest unsupported roof in Britain, with some parts date from 1087. It was built under William II and today the majority still dates from 1390s.

(As ever) it’s worth looking up to spot wooden angels on the beam. Each one has a unique face!

There’s around 50 churches in The City of London, tucked around corners and often lost between skyscrapers. St Mary Aldermary on Bow Lane, EC4, should be on everyone’s bucket list.

It’s fan-vaulted ceiling is one of the most extraordinary ‘hidden gems’ in London, so surprising in this relatively small parish church. Another surprise is that the church has its own coffeeshop, ‘host‘, open Monday to Friday, 7.15am-4.45pm.

First built in the 17th century, a home on the edge of Hampstead Heath. It was transformed into a Neo-Classical villa during the 18th century for 1st Earl of Mansfield, William Murray.

The interiors were remodelled by John Adams in the 1760s, with the ‘Great Room’ or ‘Library’ completed between 1767-9 in his trademark pastel shades. 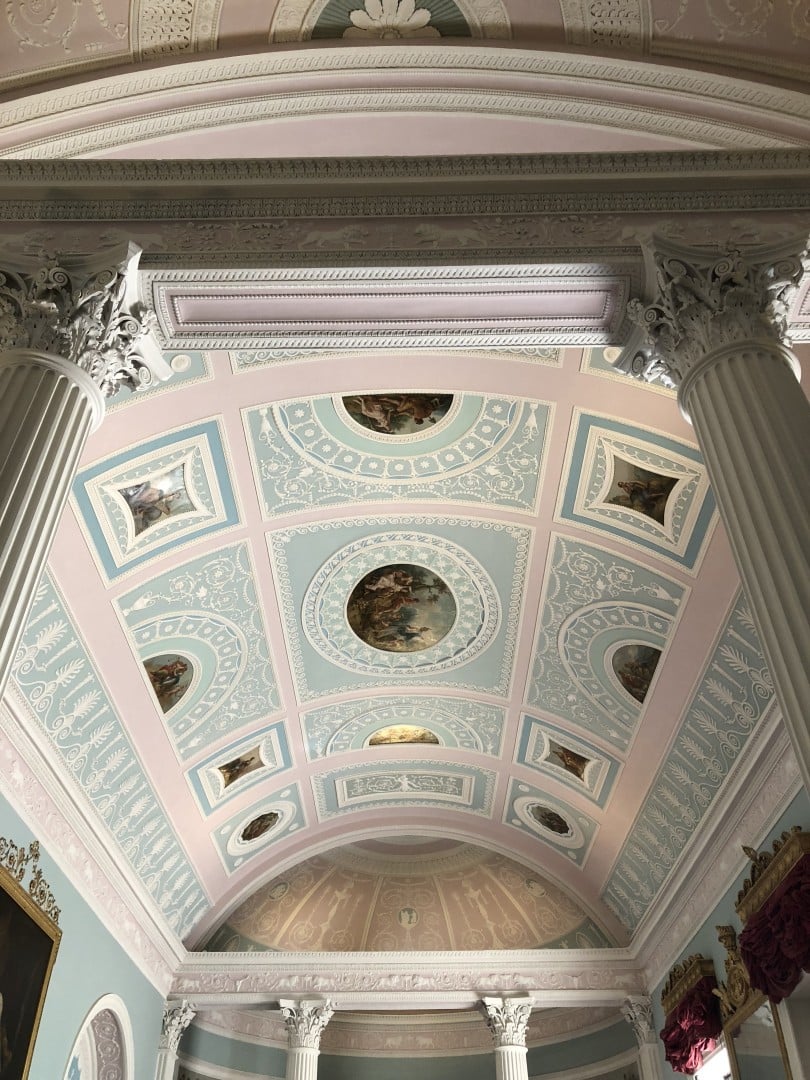 As well as the interiors, Kenwood has a fascinating history and cracking art collection featuring Old Masters like and Rembrandt and Vermeer. Find out more here.

Banqueting House is the only remaining part of Whitehall Palace, a huge complex that used to  occupy Trafalgar Square all the way up to The Houses of Parliament. (It was bigger than Versailles!)

It was rebuilt by Inigo Jones in 1619 and the ceilings are the only surviving in-situ ceiling painting by Sir Peter Paul Rubens, installed in 1636.

Originally part of the now-demolished Middlesex Hospital, this chapel has a lot more to offer than your typical hospital prayer room.

The Neo-Gothic construction began in 1891, under designs byJohn Loughborough Pearson. It was finished by his son Frank in 1929 as a memorial to a former Chairman of the Board of Governors of the hospital; Major Ross MP.

You can visit the chapel on Wednesday between 11am and 4pm, but more information about group tours can be found here.

Although technically outside, the 17th century undercroft beneath Lincoln’s Inn Chapel made this list. I personally think it’s one of the most atmospheric spots in London.

Nestled in the heart of legal London, you can read my blog about the best hidden gems of Temple here.

I’d never visited Westminster Abbey before I became a Blue Badge Guide and I’ll guess that many Londoners have been put off visiting this landmark due to reasons of cost or feeling like a ‘tourist’.

It’s a shame because the Henry VII Chapel, aka Lady Chapel is one of the most stunning interiors anywhere in the world, the solid stone ceiling a frothing forrest of decorative fan-vaulting.

Completed 1503-1519, the chapel is home to the tomb monuments of King Henry VII and his wife Elizabeth of York, their effigies having the privilege of staring at this wondrous creation for eternity.

In a solid case of  ‘does-what-it-says-on-the-tin’ Greenwich’s Painted Hall is a huge painted hall.

The brainchild of Queen Mary II, Wren design the architecture and (despite him wanting plain interiors) James Thornhill was commissioned to cover the interiors with murals.

In 2019 the Painted Hall reopened after undergoing an £8.5million restoration, read more about it here.

One of my highlights from Open House London 2017, The Foreign Office interiors are so much more interesting than its 19th century Whitehall facade.

So much so, that I’ve actually included two ceilings in one; The Muses’ Stair, adorned with stone Goddesses of plenty, leading visitors up to the former Office of the Secretary for India.

And the recently restored Grand Lorcano Reception Room, used as the Cabinet Room since the late 19th century.

It might look old, but the Supreme Court on Parliament Square was only built in 1913. Even more of a trick triple-height library, only finished in 2009!

Despite this sneakiness, it’s well worth visiting this institution. And thankfully it’s open every and anyone can pop in to view court proceedings and see the library. Find out more here. 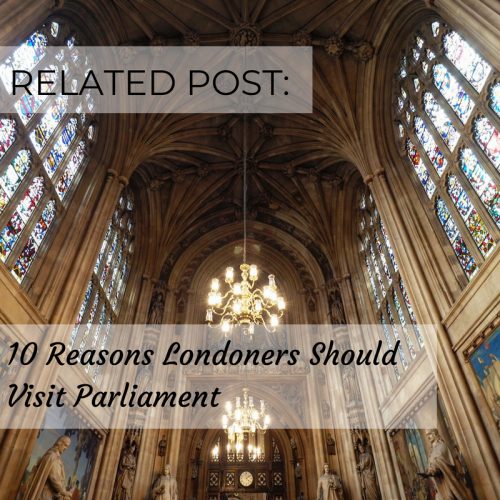 I don’t want to be accused of favouritism, but I am including another Christopher Wren / James Thornhill double act on my list…

As well as the trompe l’oeil paintings, it’s also worth visiting for the later mosaics (installed in the 19th century) which Wren would’ve probably hated, but I can’t help but be drawn to. See more photos (from a visit when photos were allowed!) here.

The Victorian mansion by Temple was built for the richest man in the world at the time; William Waldorf Astor. He recruited John Loughborough Pearson (remember him from The Fitzrovia Chapel?) and he promptly spent a cool $1.5 million back in 1892.

Two Temple Place is only open half the year (next up, January – April 2019) but you can see more of it’s interior opulence and quirky details here.

It wouldn’t seem out of place in the Palace of Versailles, but these gloriously OTT steps are in South Kensington.

Known as the Ceramic Staircase and designed by Frank Moody in 1865, they were restored last year as part of the new entrance. Perhaps not to everyone’s taste, but if you do like a bit of glitz, you’ll need to also admire the Gamble Room; one of the world’s most beautiful cafes!

Founded in 1662 The Royal Society has been on Carlton Terrace since 1967. This stunning ceiling is part of the President’s Staircase and is made of carved timber with mother-of-pearl inlay.

These lavish interiors date from when the building was a home to American-born Charles Henry Sanford c.1890.

I’ve saved the most OTT ceiling for last; The Gallery of Strawberry Hill House.

Creating a summer villa for himself, Horace Walpole (brother to the first Prime Minister) went wild between 1748 and 1790. Strawberry Hill House is one of the earliest and finest examples of the Gothic revival style and is so outlandish it’s even coined it’s own style; Strawberry Hill Gothic. More from my visit here.

So do now you have a lot of new items to add to your London to-do list? Please don’t blame me for the crick in your neck after lots more looking up!