Behind the Scenes at Charing Cross Station

in London, London Underground, Things to do in London
3 Comments

The combination of ‘behind-the-scenes’ and ‘London Underground’ are enough to make any tube geek wide-eyed. So imagine my excitement when I managed to get a ticket on Hidden London’s Charing Cross ‘access all areas’ tour!

Unlike other ‘ghost stations’ Charing Cross is still a fully functional tube and rail station. However on this tour we were planning to see sections that were closed to the public. 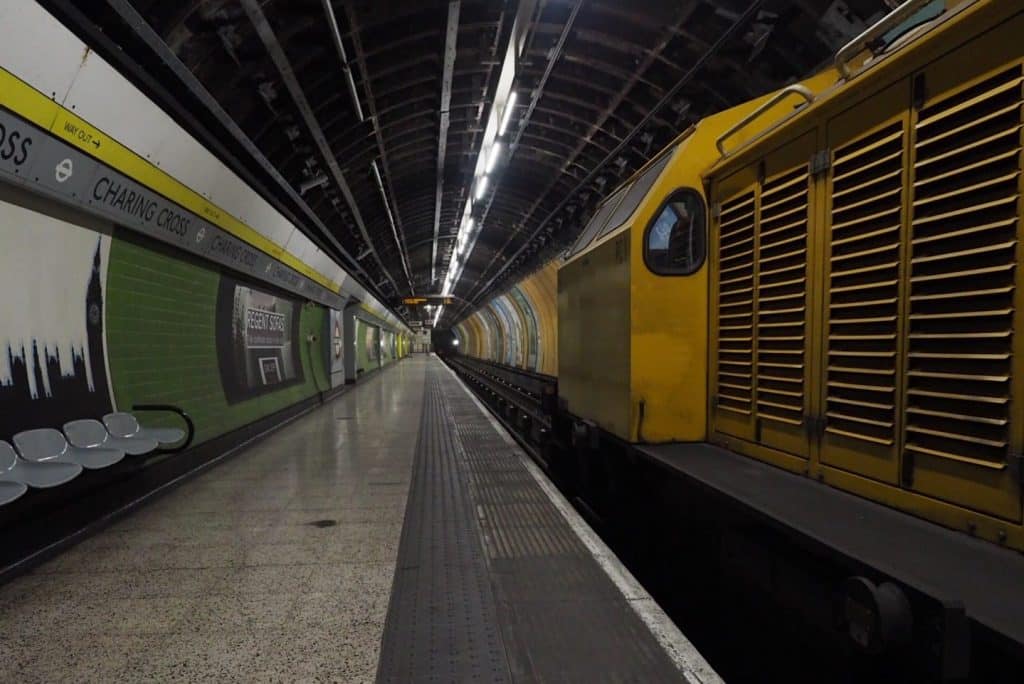 Charing Cross has a fiddly old history. The railway station opened 1864 and was served by the forerunner of the District line from 1870. But the first wholly underground station on the site was called ‘Trafalgar Square’. That opened in 1906 and was served by what’s today the Bakerloo line.

But a year later in 1907 another underground station opened on the Stand and called itself ‘Charing Cross’. It was basically the original Northern line terminus and became known as ‘Charing Cross (Strand)’ before going the whole hog and changing its name to Strand in 1915.

Unfortunately there was a station about a ten minute walk away also called ‘Strand’. With its lower footfall, that one lost out and was renamed ‘Aldwych’. You can read the blog of the tour of Aldwych ghost station here.

Things finally got sorted in 1976 when the District Line section of Charing Cross Railway station was renamed Embankment.

However TFL decided that this station hadn’t had enough messing about with and set about making Charing Cross the Southern terminus for the new Jubilee line in 1979. 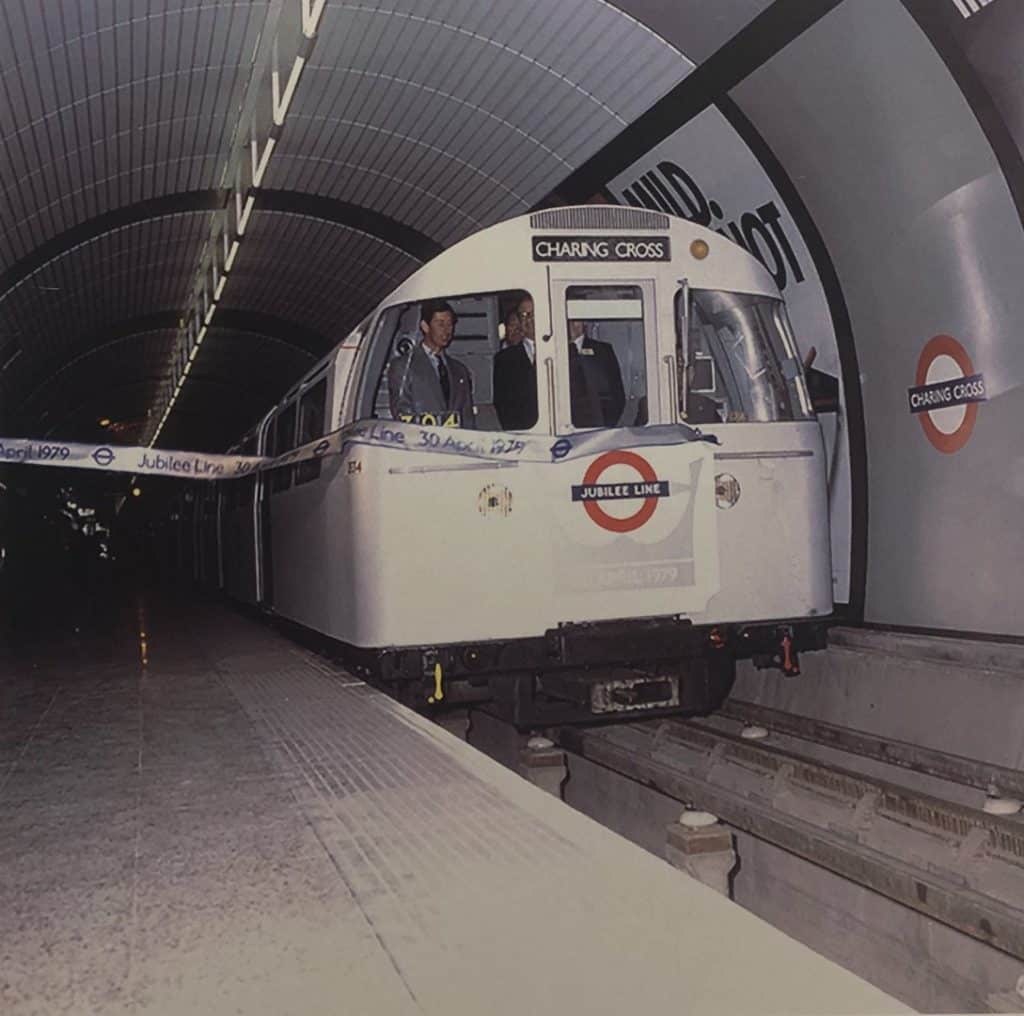 Prince Charles ‘driving’ the first Jubilee line train in 1979. Eagle eyed readers will spot that tube trains have their driver’s seats on the left, so Charles isn’t really driving the tube. 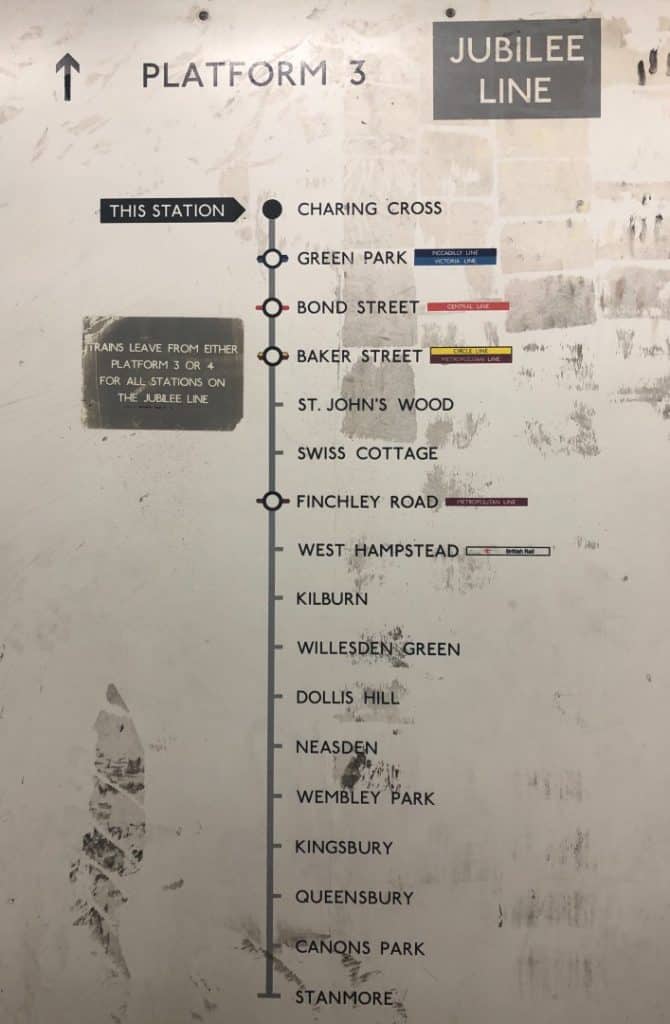 Now, if you know your London tube map you’ll recall that Charing Cross is no longer on the Jubilee Line.

Why did it close?

In 1999 it was left out of the extension out toward Canary Wharf and Stratford, the silver bullet line opting to go via Westminster (avoiding the tight curve in the tracks between Charing Cross and Waterloo). 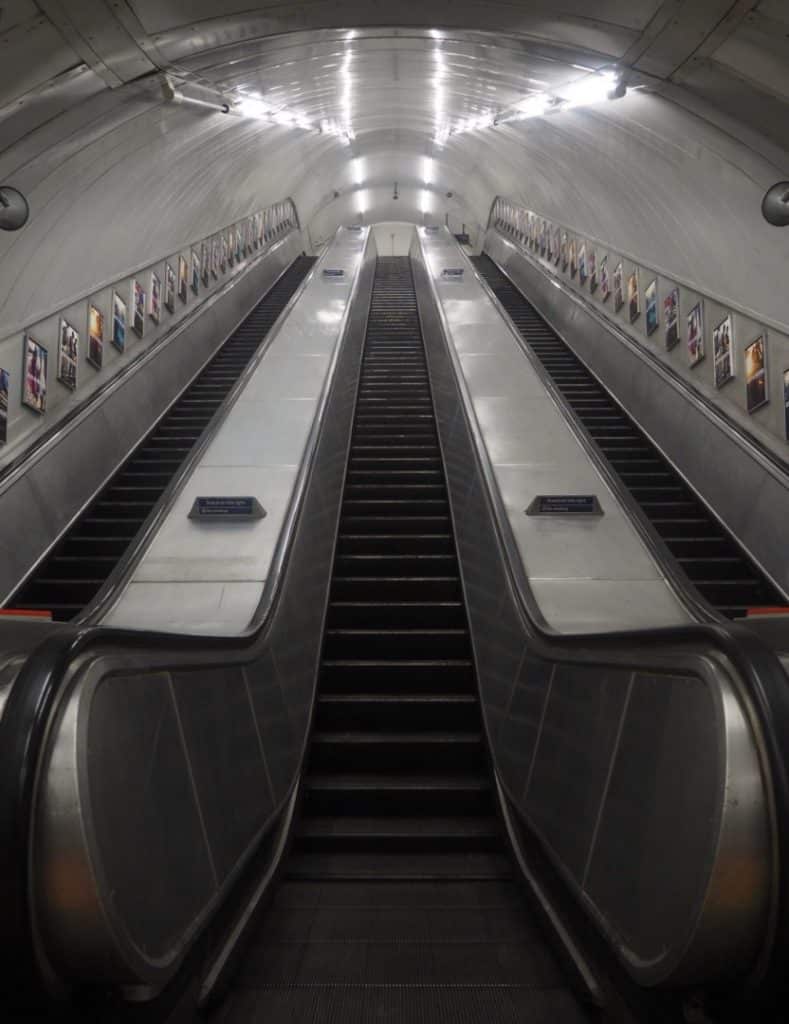 What’s it used for now?

Although it doesn’t get passengers, the tracks for both platforms are live and in use. 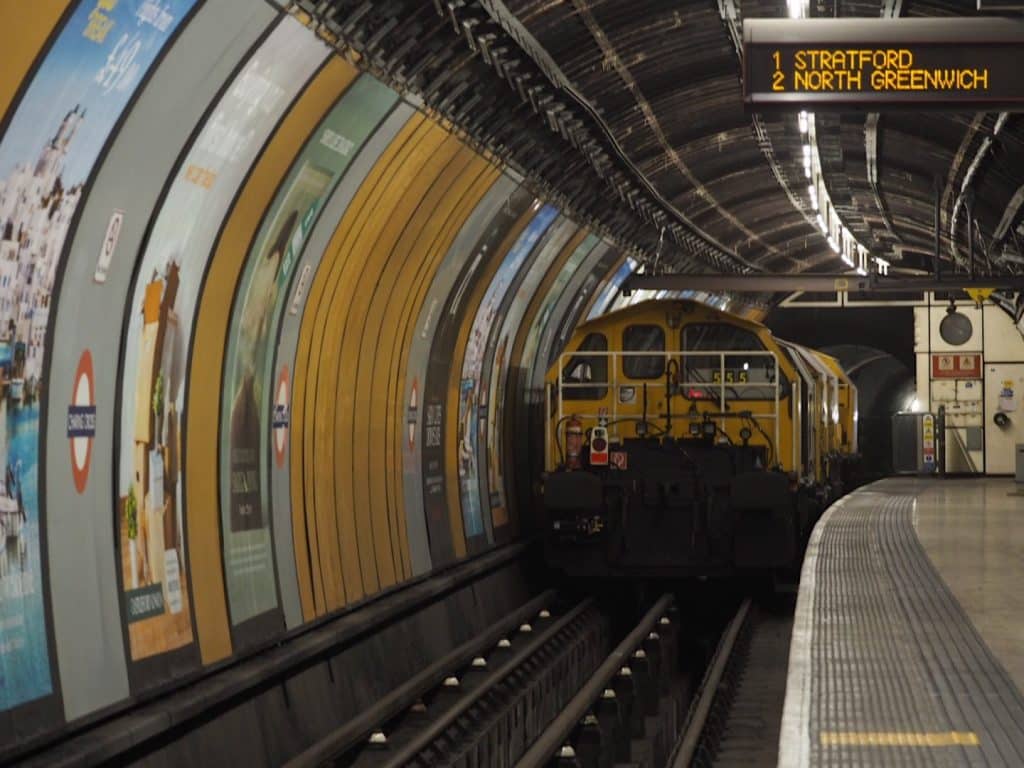 On the big screen

Chances are, if you’ve seen a film or tv show that features the London Undergound recently, it will have been filmed here.

From Spooks, Paddington, and The Bourne Ultimatum, Charring Cross gets re-Christened as all kinds of stations. The most famous film though, was James Bond’s Skyfall (2012)

Specifically that famous scenes where Daniel Craig slides down the escalator in pursuit of Javier Bardem. Londoners will appreciate that one does not simply slide down tube escalators. For a start, they’re covered in pyramid signage that will ensure a bumpy, uncomfortable ride.

But since Skyfall had gone to the trouble of assembling a 450-strong team of cast and crew over 5 months. They simply removed the signs to better aide the shot. You can see in the photo below where they’ve been removed! 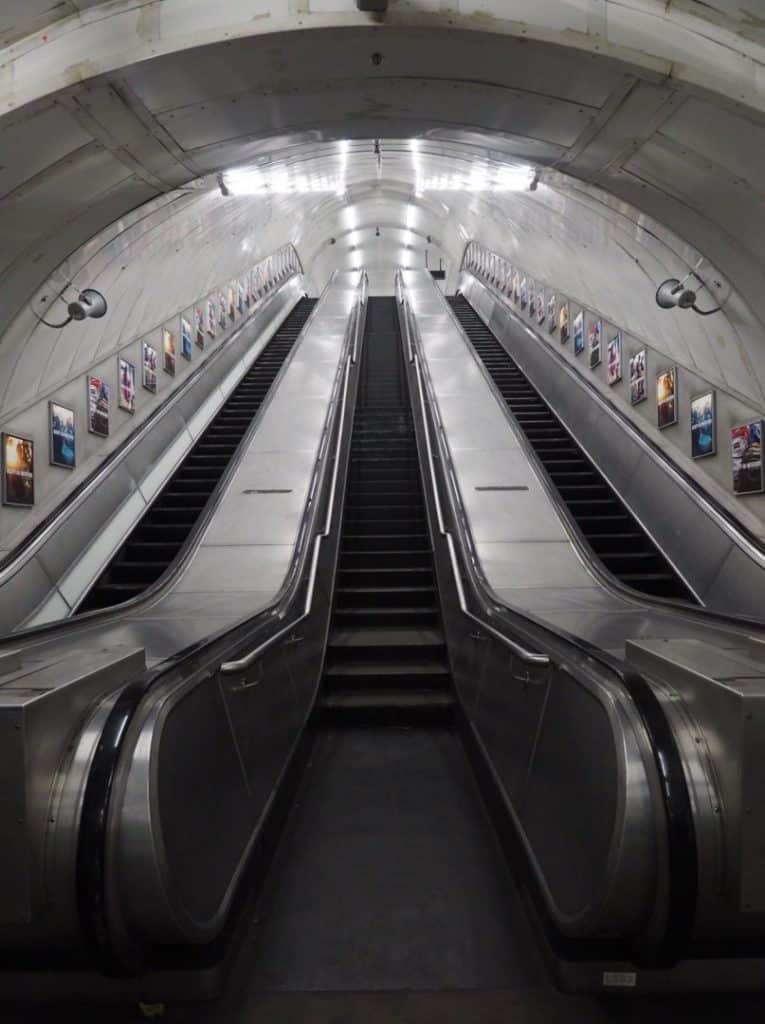 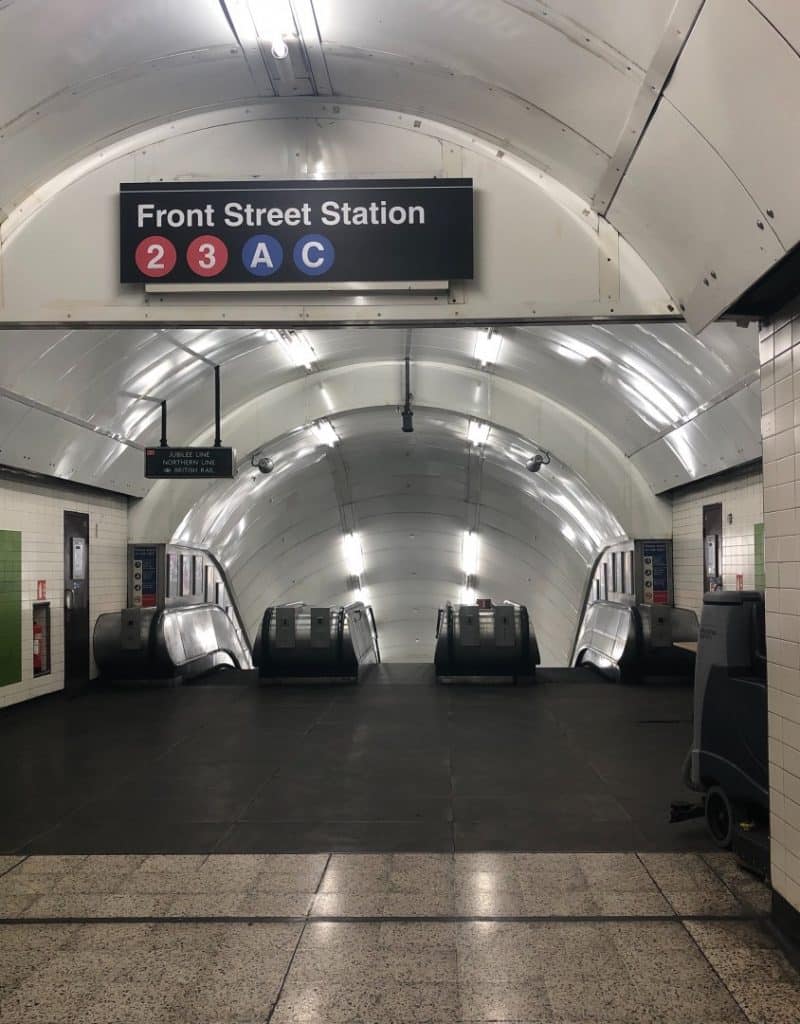 Secrets of the Construction Tunnels

For the last part of our tour we walk through the construction tunnels that removed spoil when digging the Jubilee line. 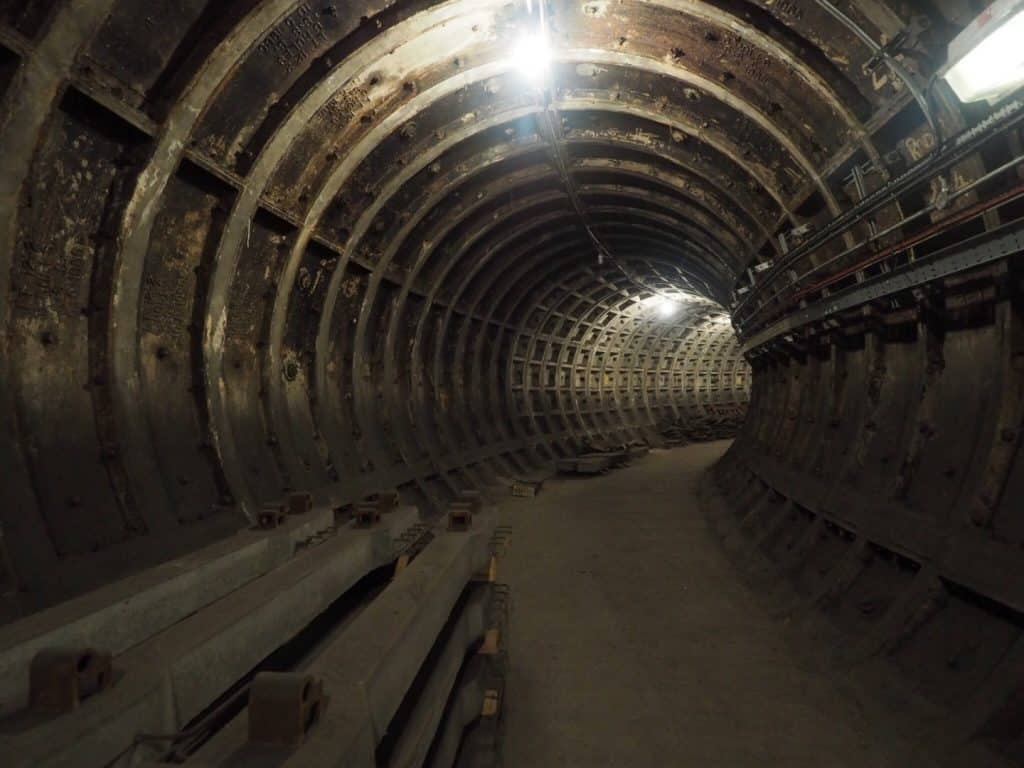 Created using a travelling shield, the machine reinforces the tunnels as earth is excavated, helping to prevent the tunnel collapsing. If you look closely too, there’s some geeky details to spot. 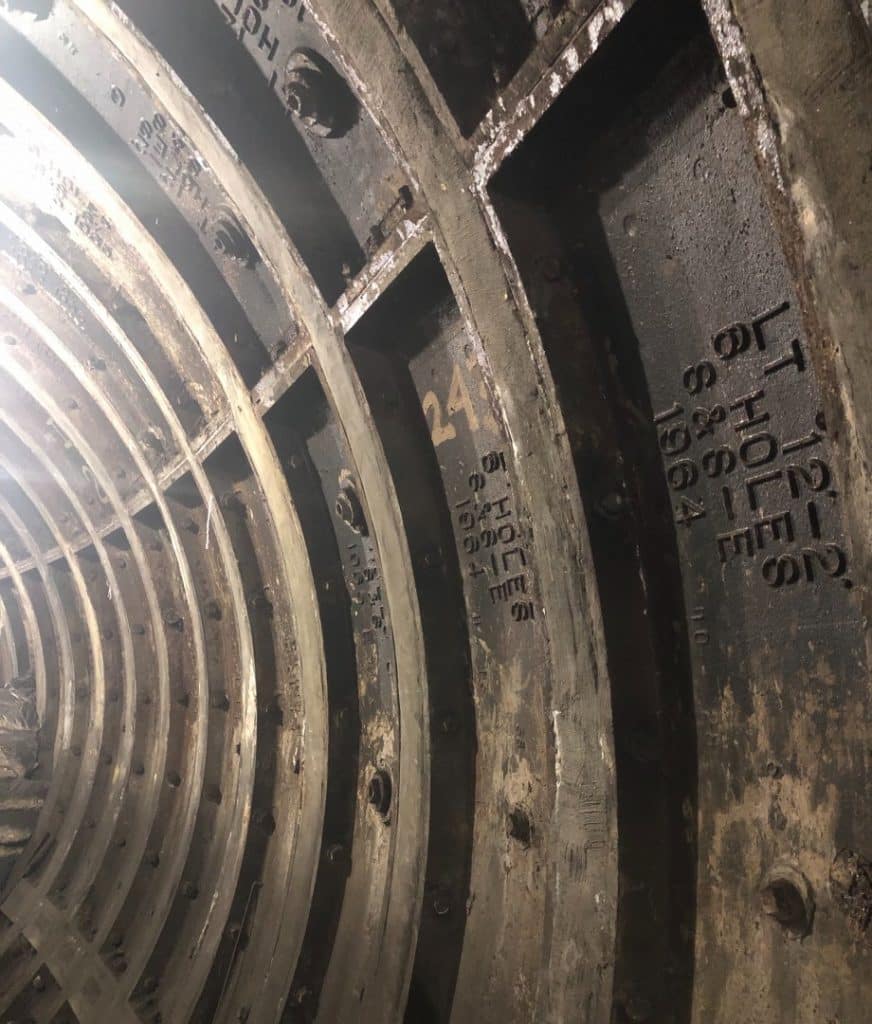 From the markings above we can see that this is made for LT (London Transport) by S&S (Stanton & Staveley) in 1964 and they’re 12 ft 2″ in diameter.

But back to the bigger picture, when you stand in these tunnels you’re directly under Trafalgar square, in fact the curve in them ensures you don’t crash into the foundations of Nelson’s Column! 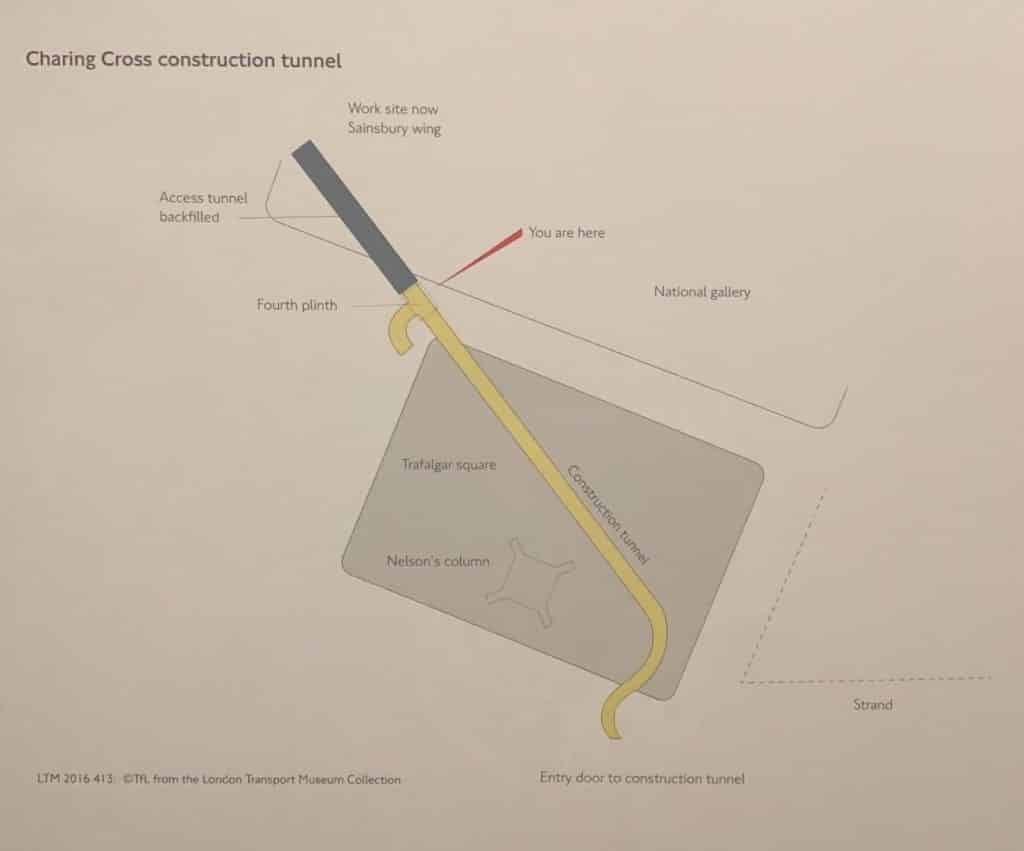 With the Jubilee line line being one of the newest on the network, things like ventilation are hugely improved. You only have to think about the height of Summer on the Central or Bakerloo line, to remember how much cooler it is.

The ventilation is aided by huge shafts that suck cold air in, the trains themselves drag that through (heating up the air in the process) then further vents released the hot air. 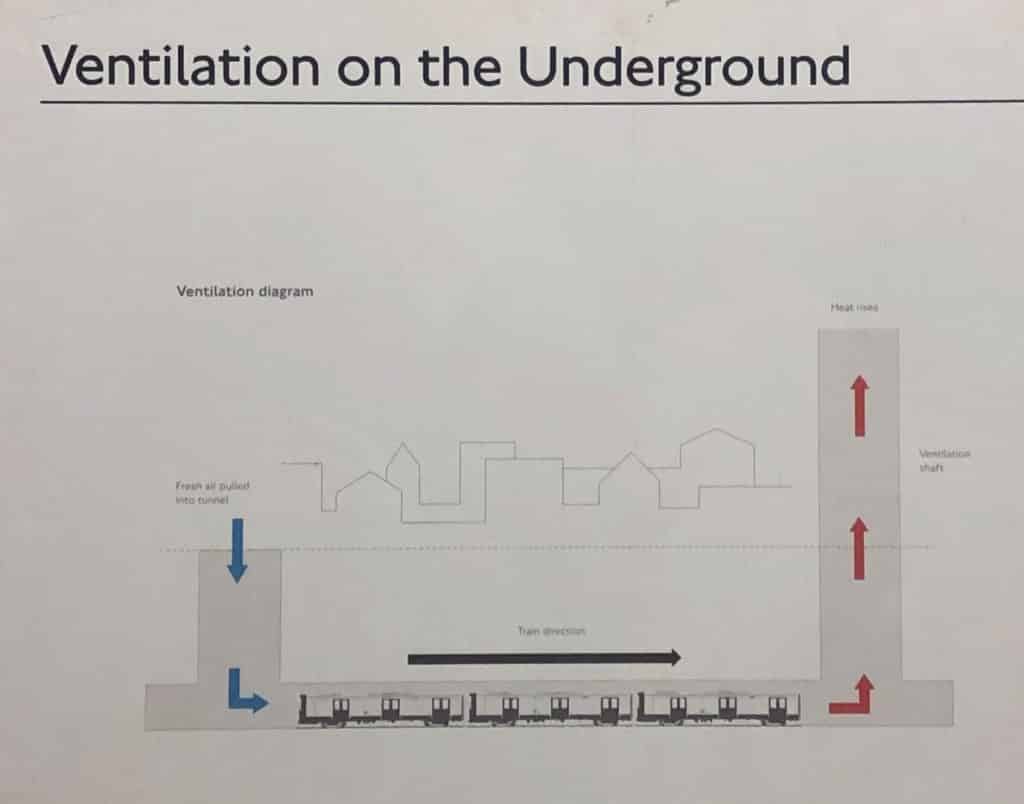 At the end of the tunnels we stood at the base of one of the ventilation shafts, looking up to spot daylight above.

And if you want to spot the evidence from street level, you simply have to look up along Craven Street nearby! 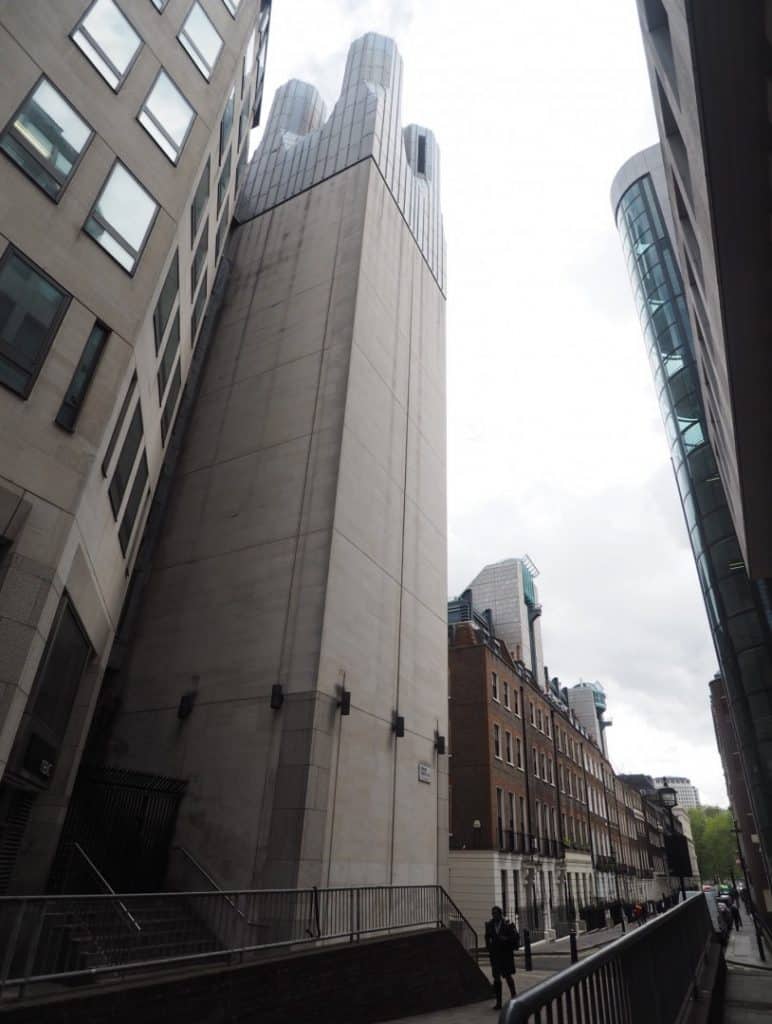 London Transport Museum runs a whole host of underground tours in various places around London. You can find out more here. Top tip; sign up to their newsletter to get priority notice about upcoming ticket sales.

If you can’t contain your London underground geekiness, you might be interested in their shop which has cushions based on tube moquette patterns and all kinds of TFL paraphernalia! Look Up London readers can get 20% until 31 May 2019 with code; LOOKUP20 from their shop here. 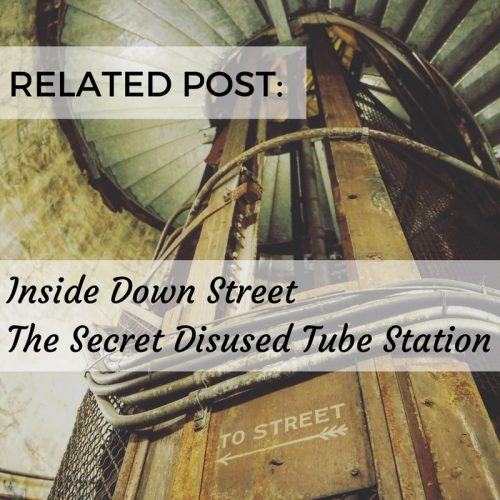