Why Is This City Church Called St Andrew Undershaft?

St Andrew Undershaft is one of the many churches huddled in the Square Mile. In the 16th Century there were 108 of them, but ravaged by fire, bombs and a decreasing City population, today there are 45 (plus St Paul’s Cathedral).

These City Churches are a history-lovers dream. Packed with clues that can send you down a rabbit hole of history and often it starts with their names.

Some of them seem a little odd to us now, like St Botolph without Bishopsgate. But these names give us clues to their history. Without meant the literal opposite of within so it refers to the St Botolph church outside the Bishop’s Gate.

St Andrew Undershaft takes a little more unpicking. You might have spotted it on the corner of St Mary Axe and Leadenhall Street?

The church has a pretty impressive survival rate having made it through The Great Fire, The Blitz and an IRA bomb in 1992. The current building dates from 1532 but theres been a church on this site since the 12th Century.

Until 1517 the corner of St Mary Axe hosted a famous maypole that used to be erected on feast days. This monstrous shaft was taller than the church’s tower so the church became known as St Andrew Undershaft.

The festivities were abandoned after 1517 because during that year the apprentices of London entered into a particularly violent riot and the City authorities removed the pole.

Across the road and under the Cheesegrater (122 Leadenhall) is a – much smaller – replica of the may pole as a reminder of this history.

But that’s not even the weirdest thing about this church…

Take a look inside this space and you’ll find the usual monuments and shrines, but one has a particular significance for Londoners.

St Andrew Undershaft was the parish church of John Stow, the author of the Survey of London (1598) that gives us such a  fabulous insight into 16th Century London life. 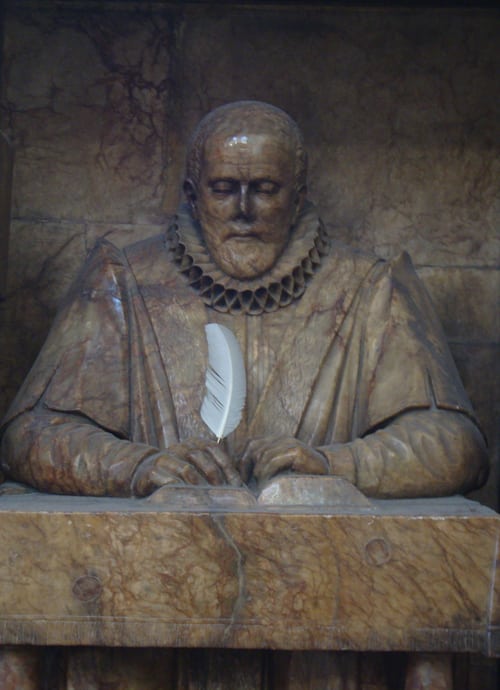 You might spot that the quill he’s holding looks very fresh. That’s because every three years a member of the Merchant Taylor Livery Company replaces the quill in a ceremony, one of the many bizarre traditions and quirks of The City which we talk about on my walking tour. 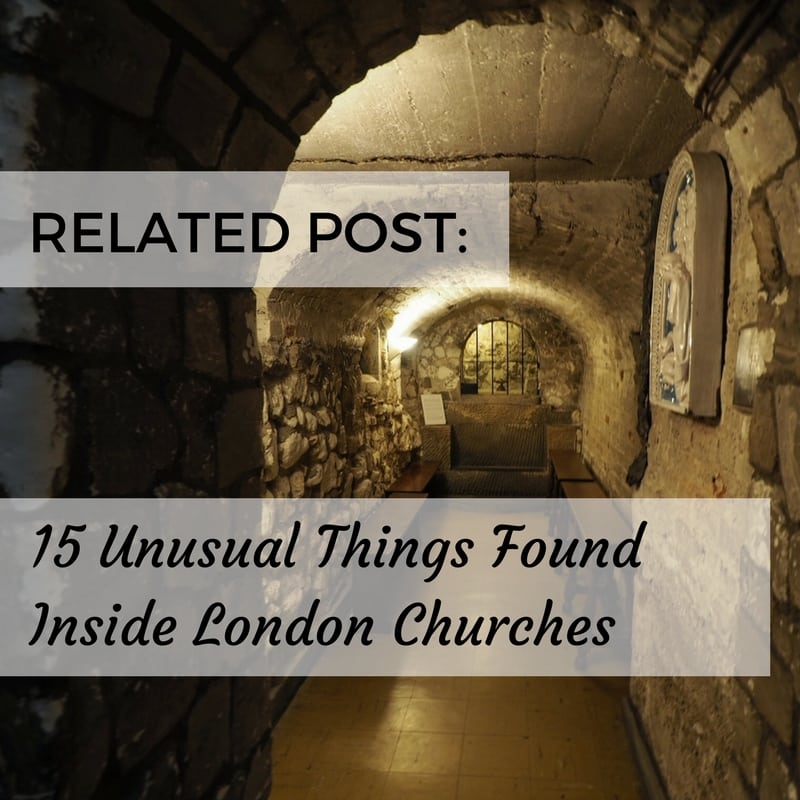 St Andrew Undershaft is run by the nearby St Helen Bishopsgate and because they run a lot of workshops they encourage you to visit by appointment only. You can find out more and contact them here.