in London, Look Up London, North London, Things to do in London
0 Comments

Throughout the Summer Islington Council are offering free tours of the Caledonian Park Clock Tower. I went along to soak up the history (and amazing views!)

History of The Clock Tower

Today the clock tower stands alone in the middle of Caledonian Park, but this wasn’t always the case. 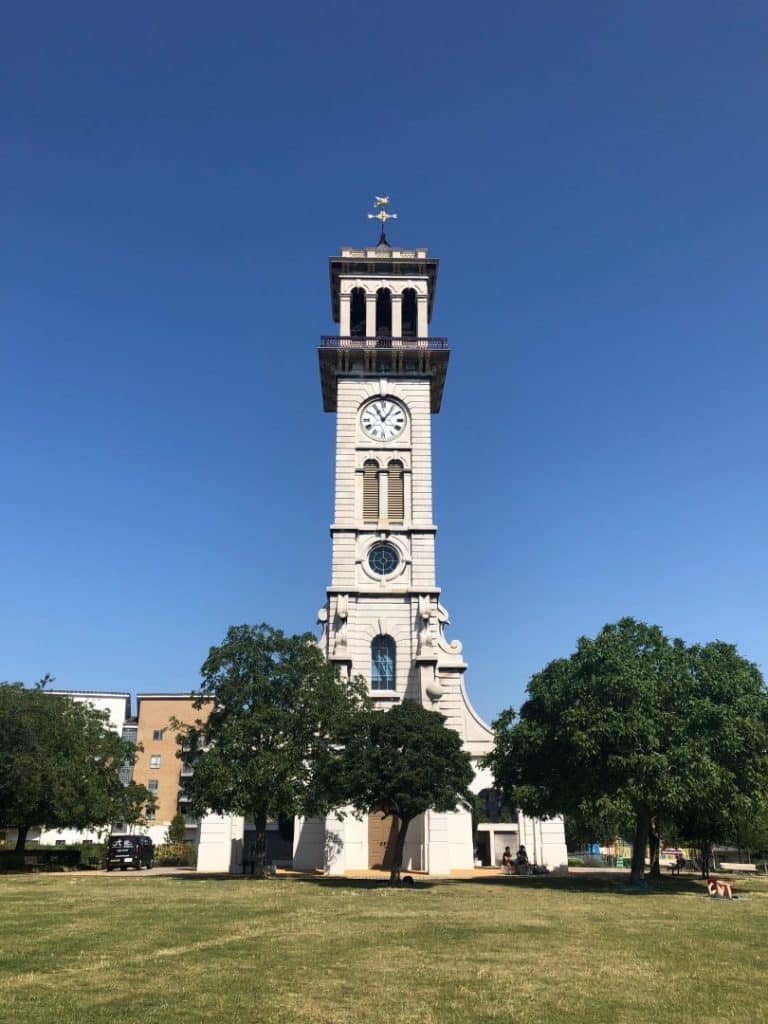 The the 1850s Islington was countryside and so it was the perfect spot to replace the livestock market at Smithfield, further into the City centre.

Having lots of animals in central London was becoming a nuisance and dangerous. Londoners weren’t too keen on sharing their streets with cattle and sheep. Plus, the filthy sheds and basements around Smithfield were thought to carry diseases.

Lastly, with train and refrigeration becoming widespread there were far better ways to transport meat into the City. 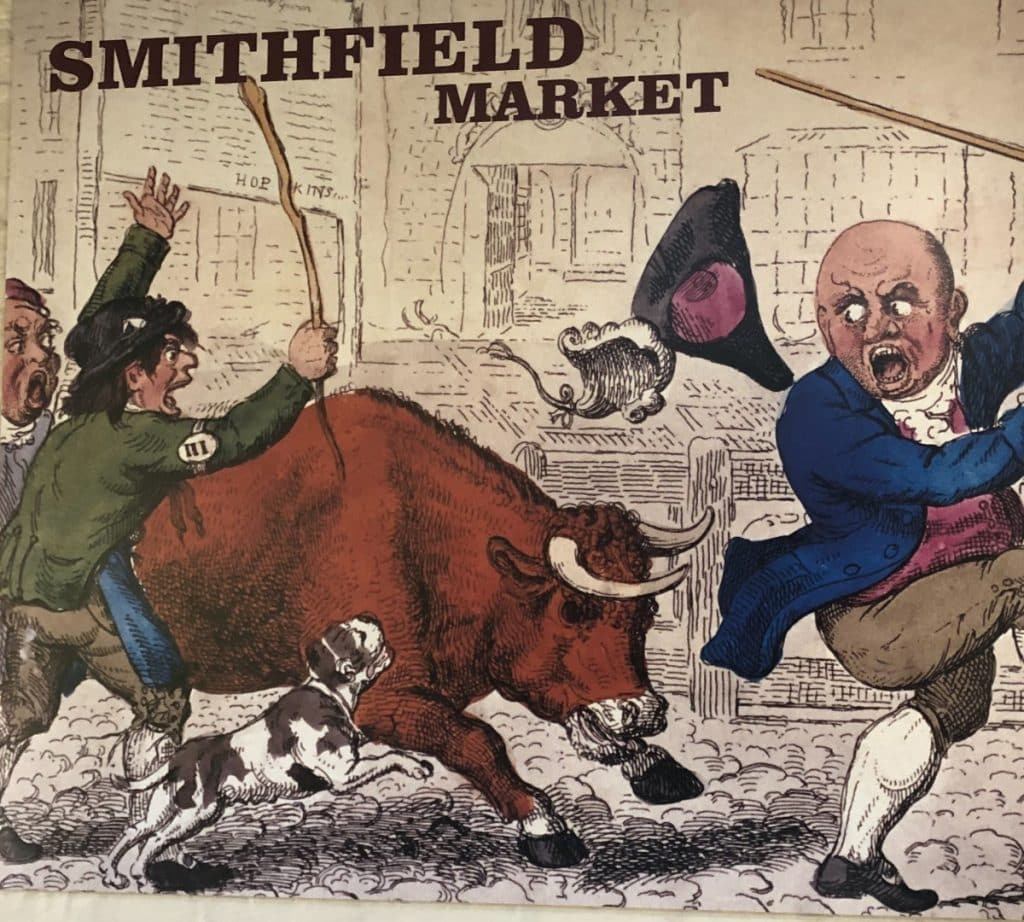 In 1852 Parliament voted to move the market to Caledonian Park, then called Copenhagen Fields after Copenhagen House.

Owned by the Dutch Ambassador, the 17th century house was demolished to make way for the market buildings and The Corporation of London’s official architect James Bunning planned the layout and buildings. They opened in 1855.

The clock tower was in the centre of the market, its base originally surrounded by banking and telegraph offices. The height of the clock tower was key because it signalled the beginning of the day’s trade, but was also where the Superintendent could keep watch on the crowds.

Over time the livestock market became a place where each Friday morning hundreds of ponies, donkeys and horses were sold for transport rather than meat.

The horse market continued to decline while the trade in second-hand parts for cabs, carts and wagons flourished.

By the 1920s the market was a go-to spot to source all kinds of treasure. Now known as Caledonian Market is was an ‘Aladdin’s cave’ of a spot with items as diverse as china, clothing and Egyptian mummies could be found!

There were no set pitches and so each morning at 10am there was a huge scrum to find the best patch and start selling. On a good day as many as 100,000 visitors might pass through the market, ambling through over 2,000 stalls.

But let’s get back to business. We’ve got 178 stairs to tackle… 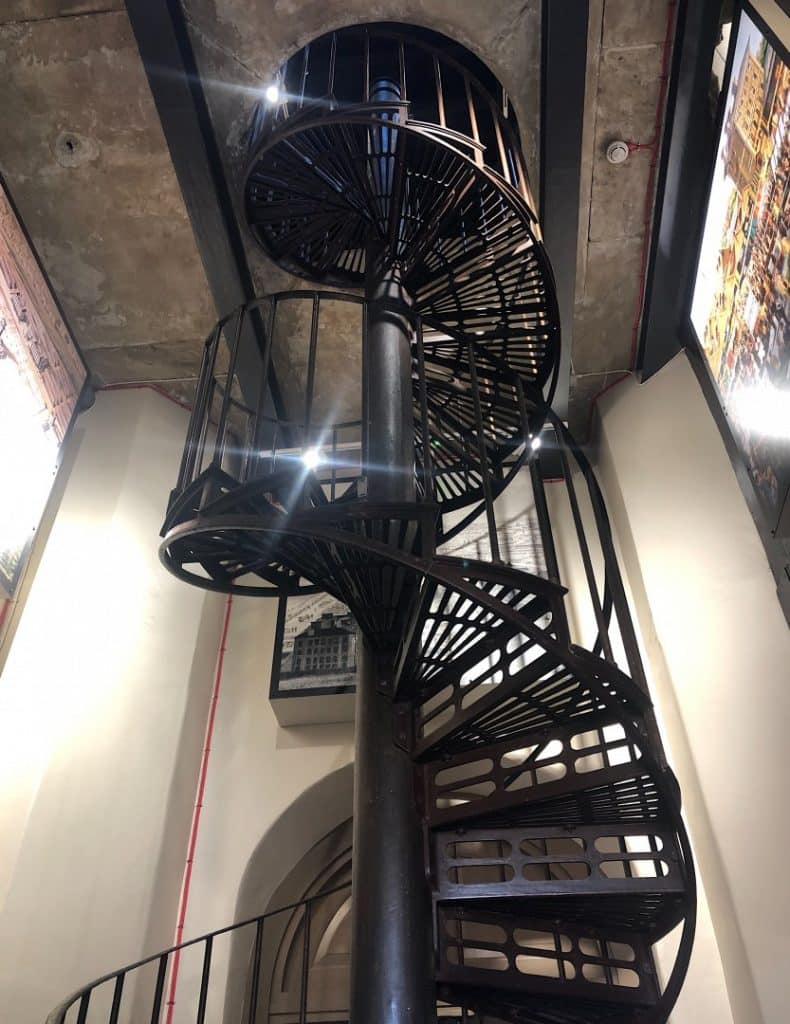 The tower is split into sections and the first floor is a rather lovely light-filled space. 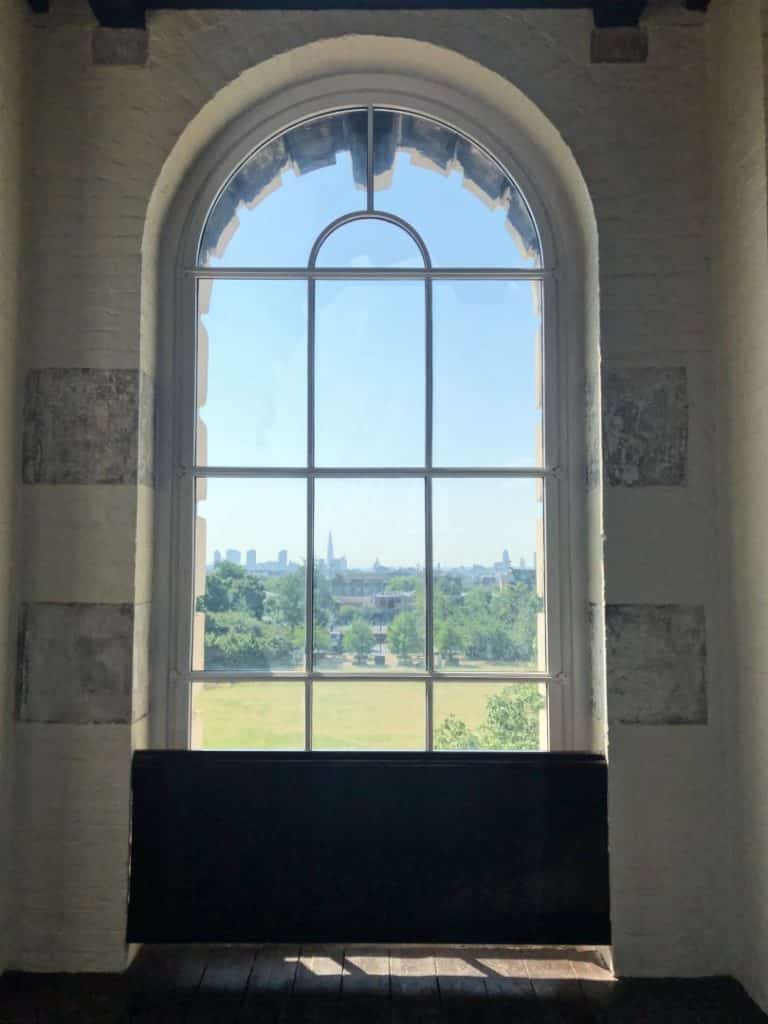 This would’ve been the Superintendent’s office where he could keep an eye on the market below.

The steep steps aren’t for the faint hearted, but up we continued… 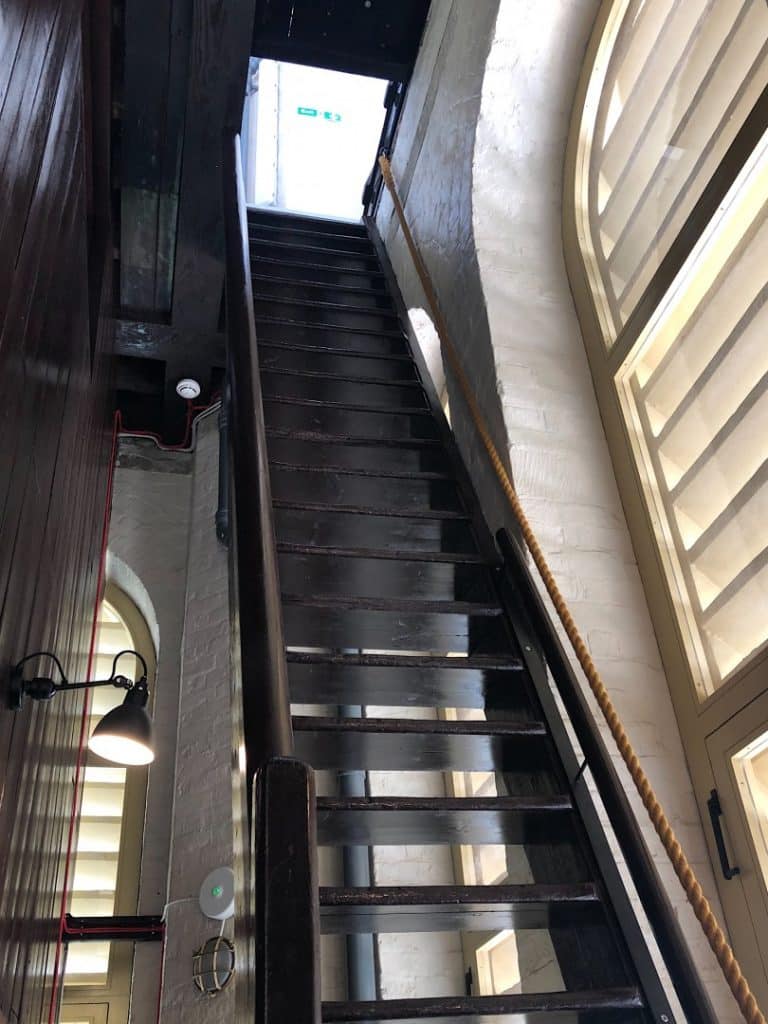 Walking past the clock mechanism, still wound by hand every 7 days to keep it ticking away. 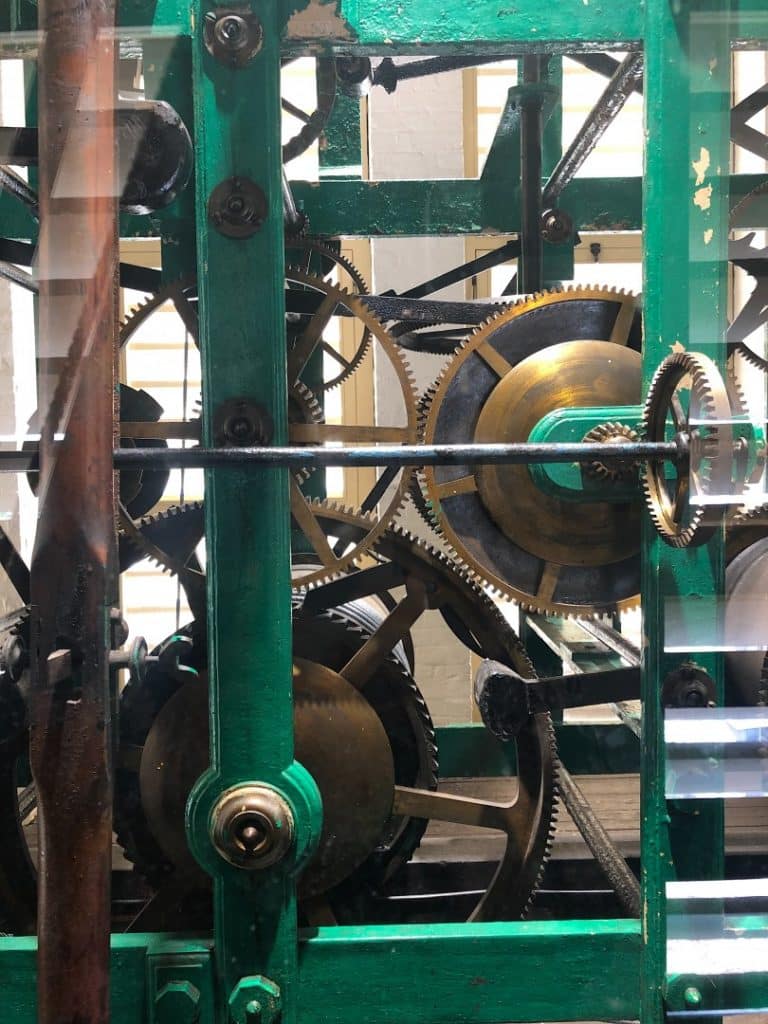 Further up there’s also a chance to stand behind the four clock faces which is a pretty special experience. 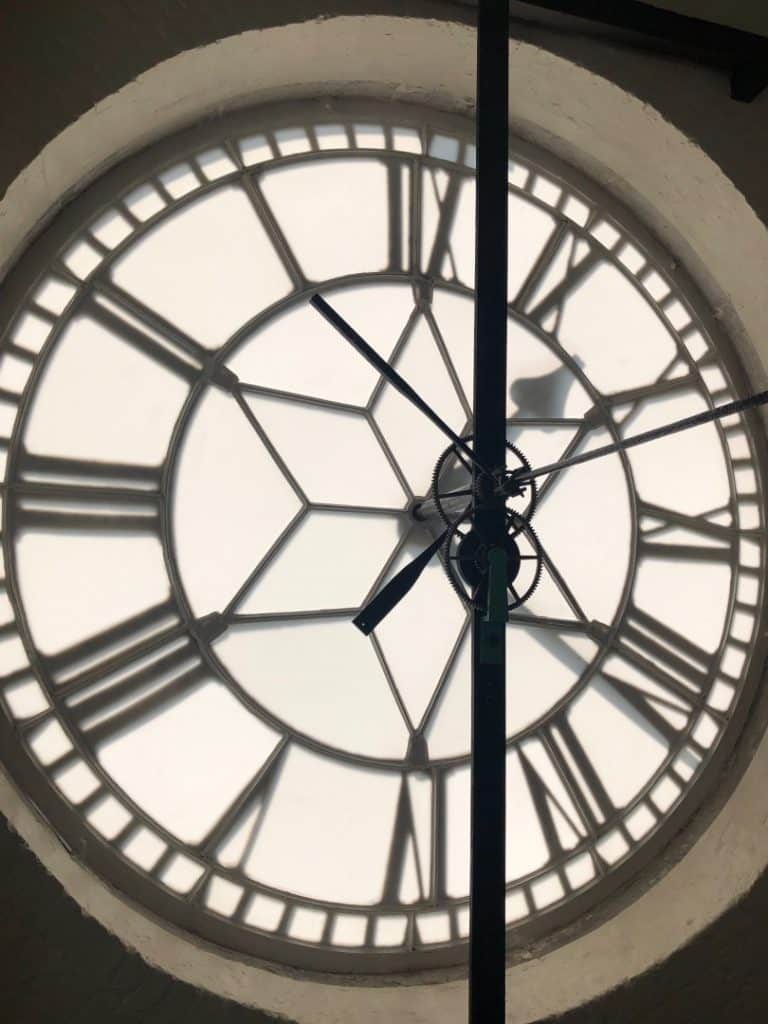 The last section of the tour allows you to climb to the top of the tower and look out over the city. 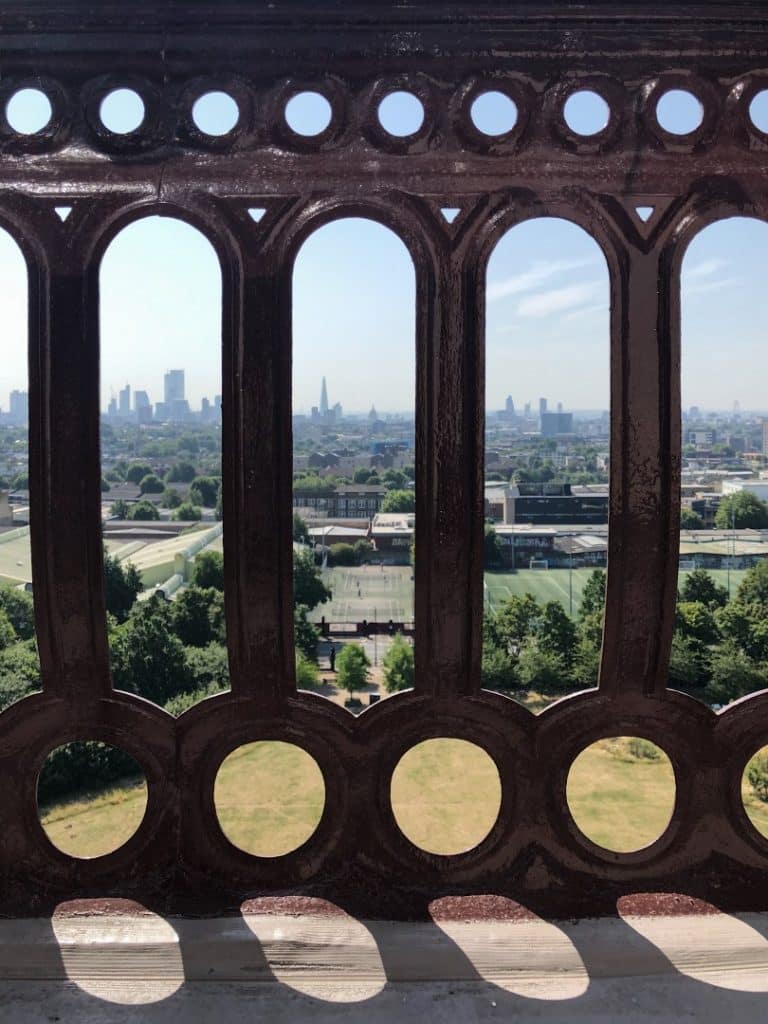 Your reward at the top is one of the most incredible 360° views of London! 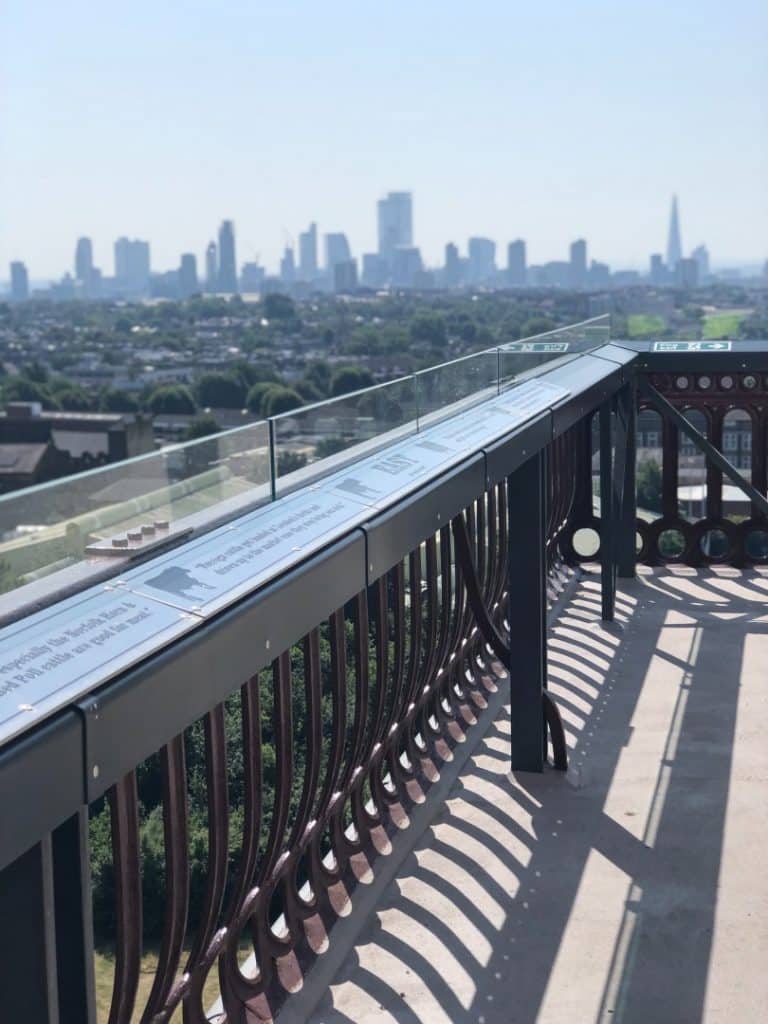 There’s also the chance to climb the on Clock Tower Tours. They’re taking place on select Saturdays at 11.30am, 2pm or 4pm. Free tickets are via eventbrite here. At the moment they’re all sold out but there’s a capacity of 12 and when I turned up there was only 3 people there so it might be worth a punt! 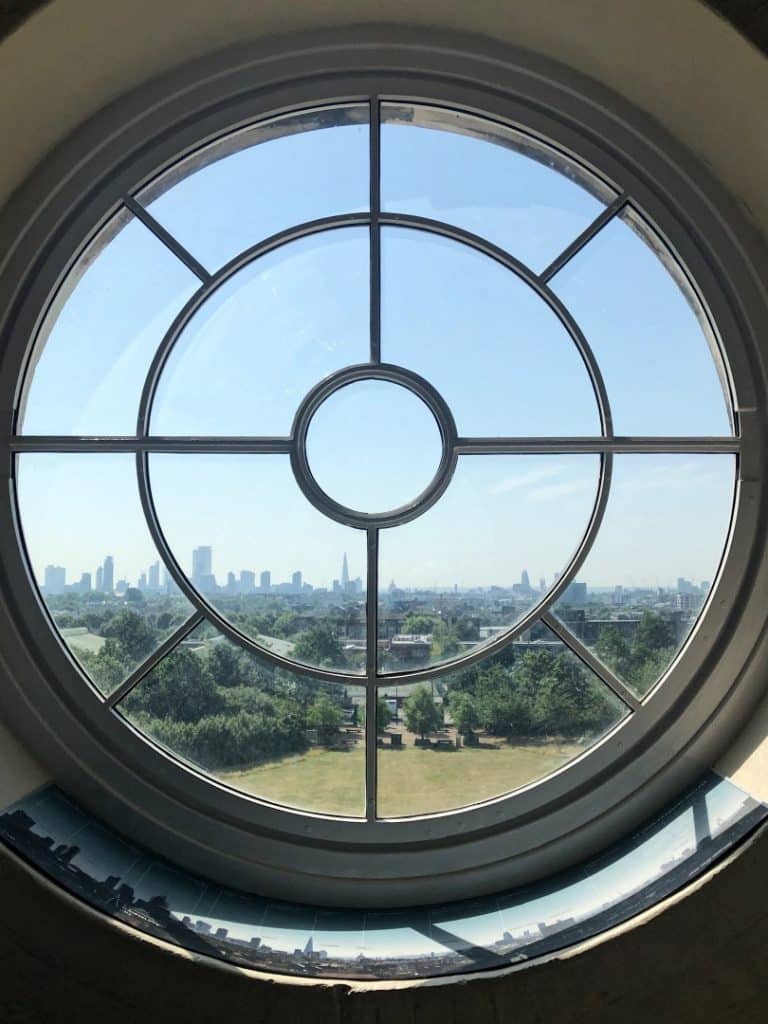