The Cornhill Devils: A Nasty Surprise in The City

If you look up at the highest point in the City of London, you’re in for a fright. Staring down at you are the contorted faces of the Cornhill Devils. 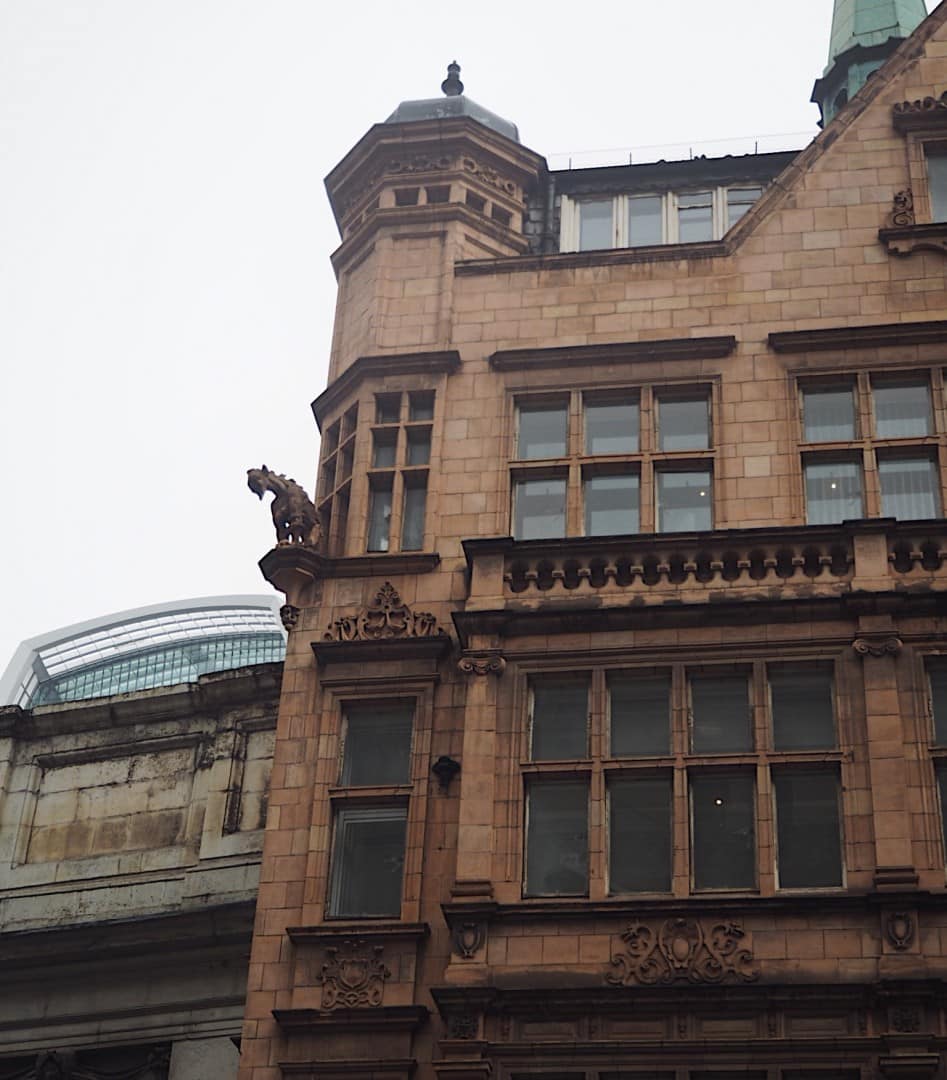 Though The City of London might seem pretty flat today, two hills dominated the landscape 2,000 years ago and they were Ludgate (site of St Paul’s Cathedral) and Cornhill (site of St Peter’s Cornhill).

The current church was a Christopher Wren post-great-fire rebuild and it’s almost all hidden from view. (You can just about see the green spire, poking up behind!) 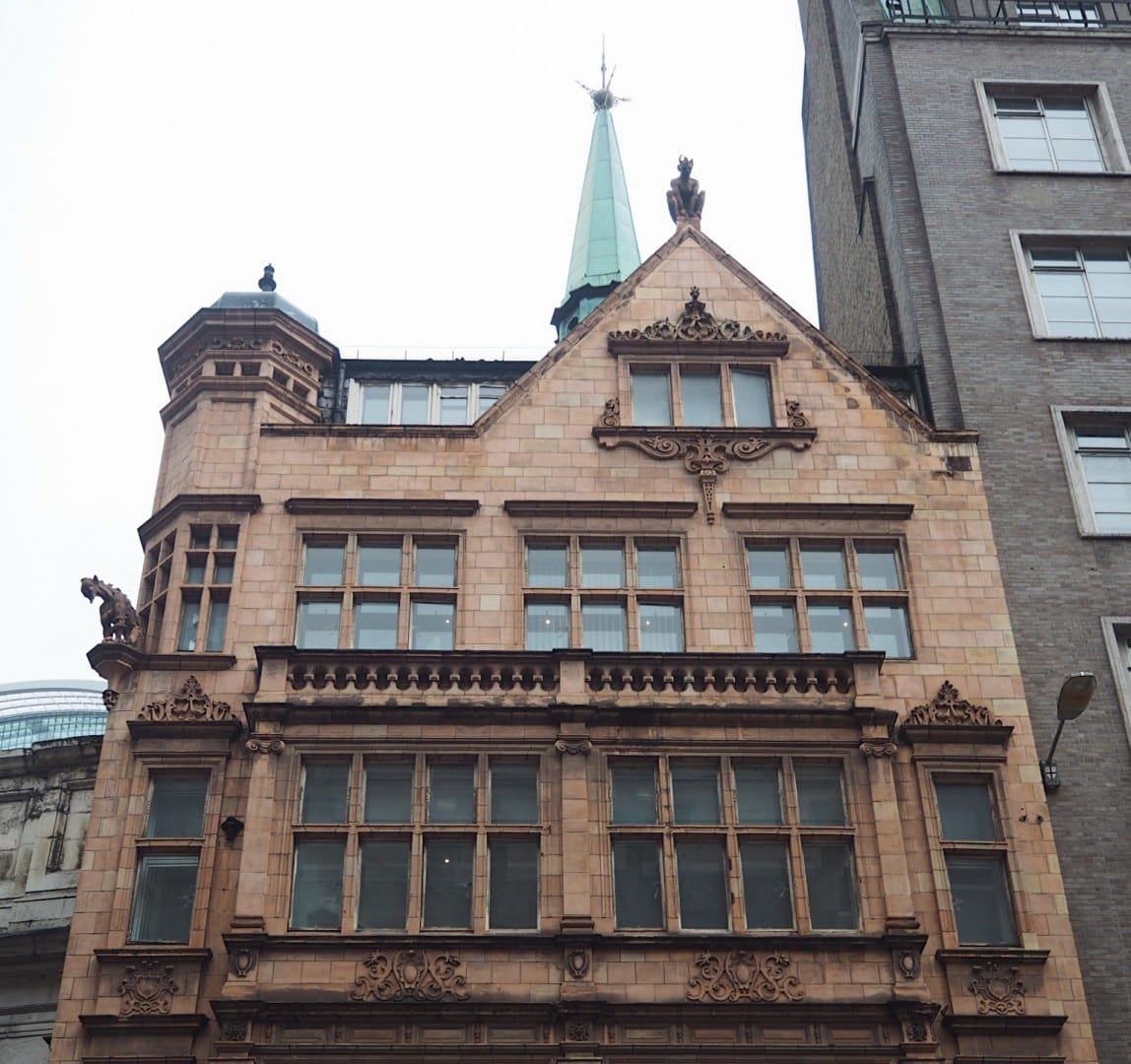 What you can see you, if you look up along Cornhill is a surprising, and pretty terrifying sight. 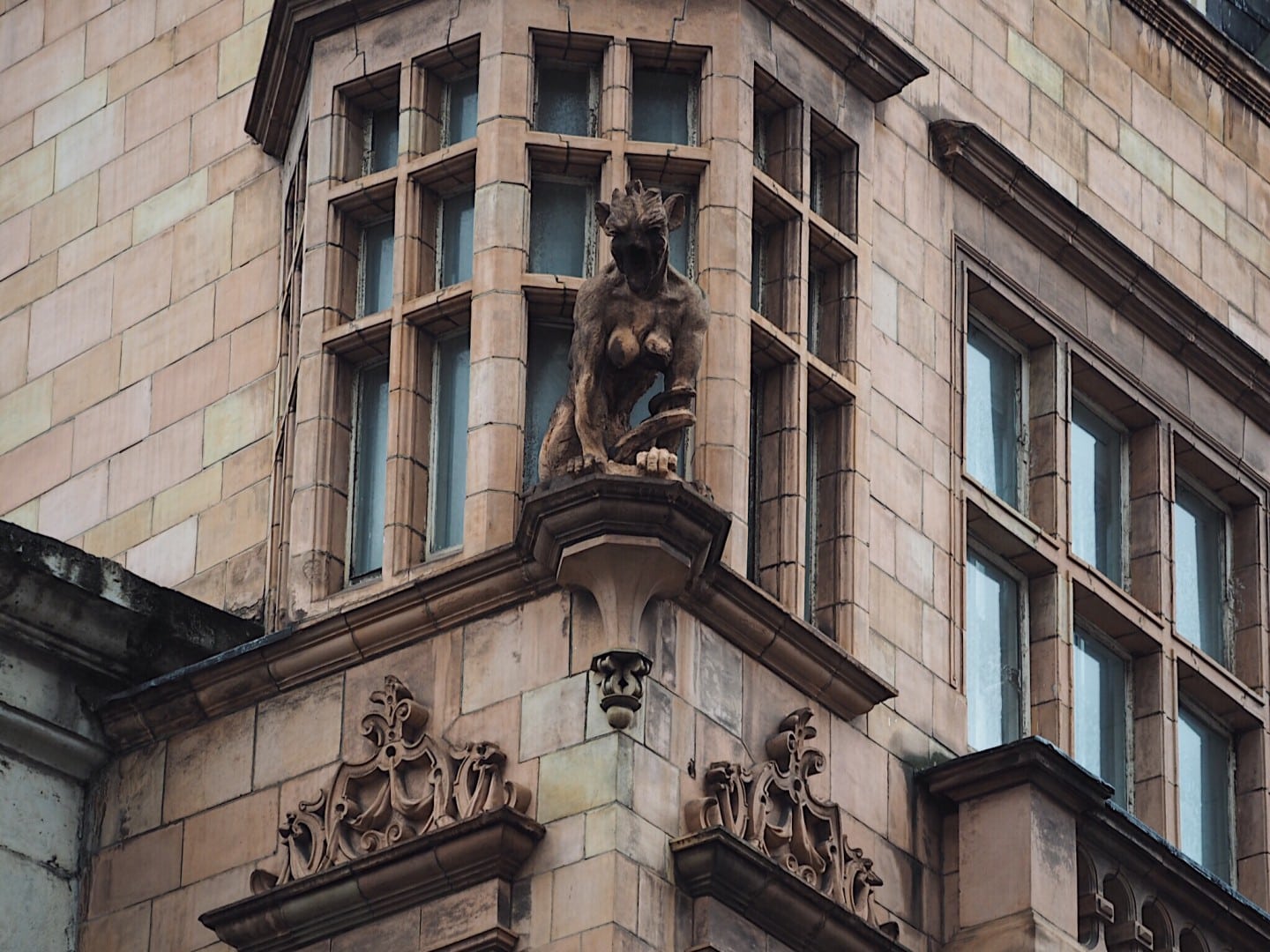 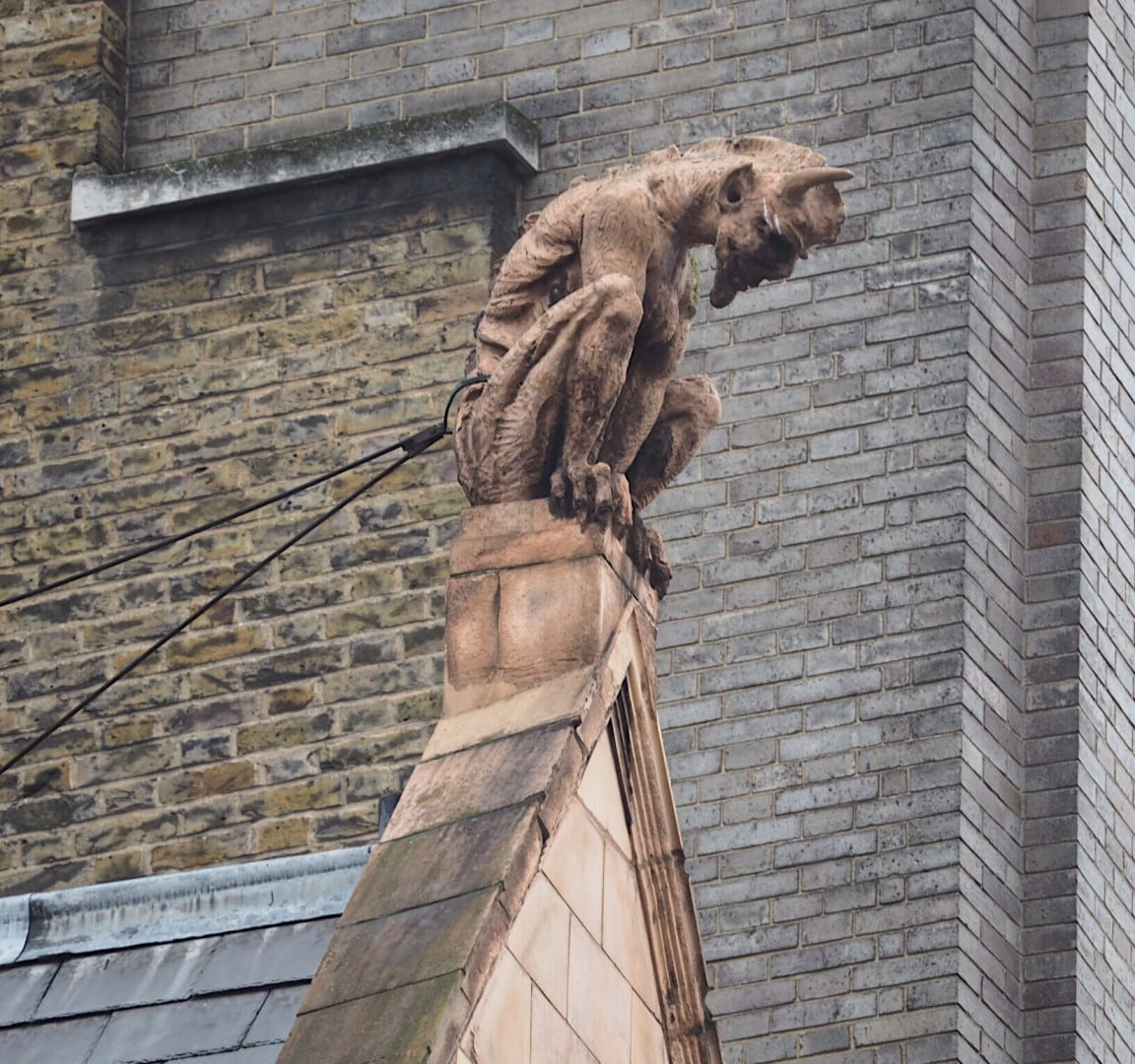 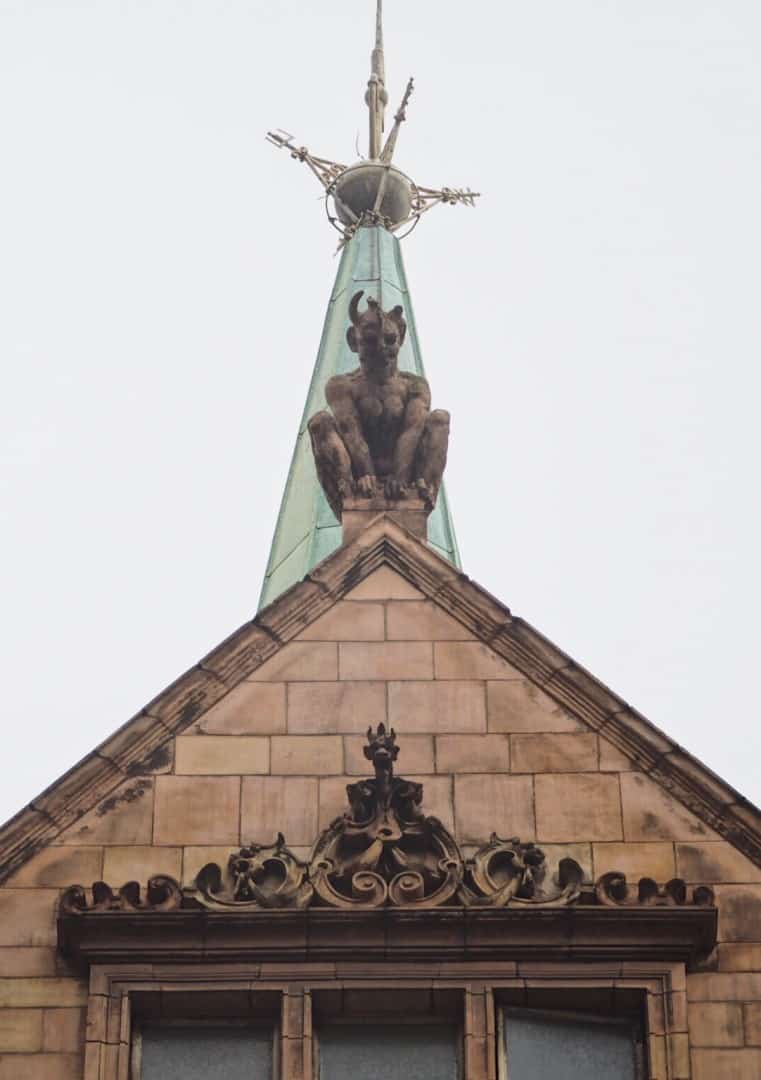 Why Are They Here?

The building (54-55 Cornhill) was designed by architect Ernest Augustus Runtz  in 1893. The story goes that the vicar of St Peter’s Cornhill was unhappy with the plans for this new terracotta structure as it strayed onto the church’s property.

Runtz had to change his plans, incurring costs and frustration, and so added the charming ornamentation as a middle finger up to the vicar.

What a charmer. To make matters worse folklore tells us that one of the grotesques is actually modelled on the vicar himself. If that’s true he must’ve terrified his congregation! 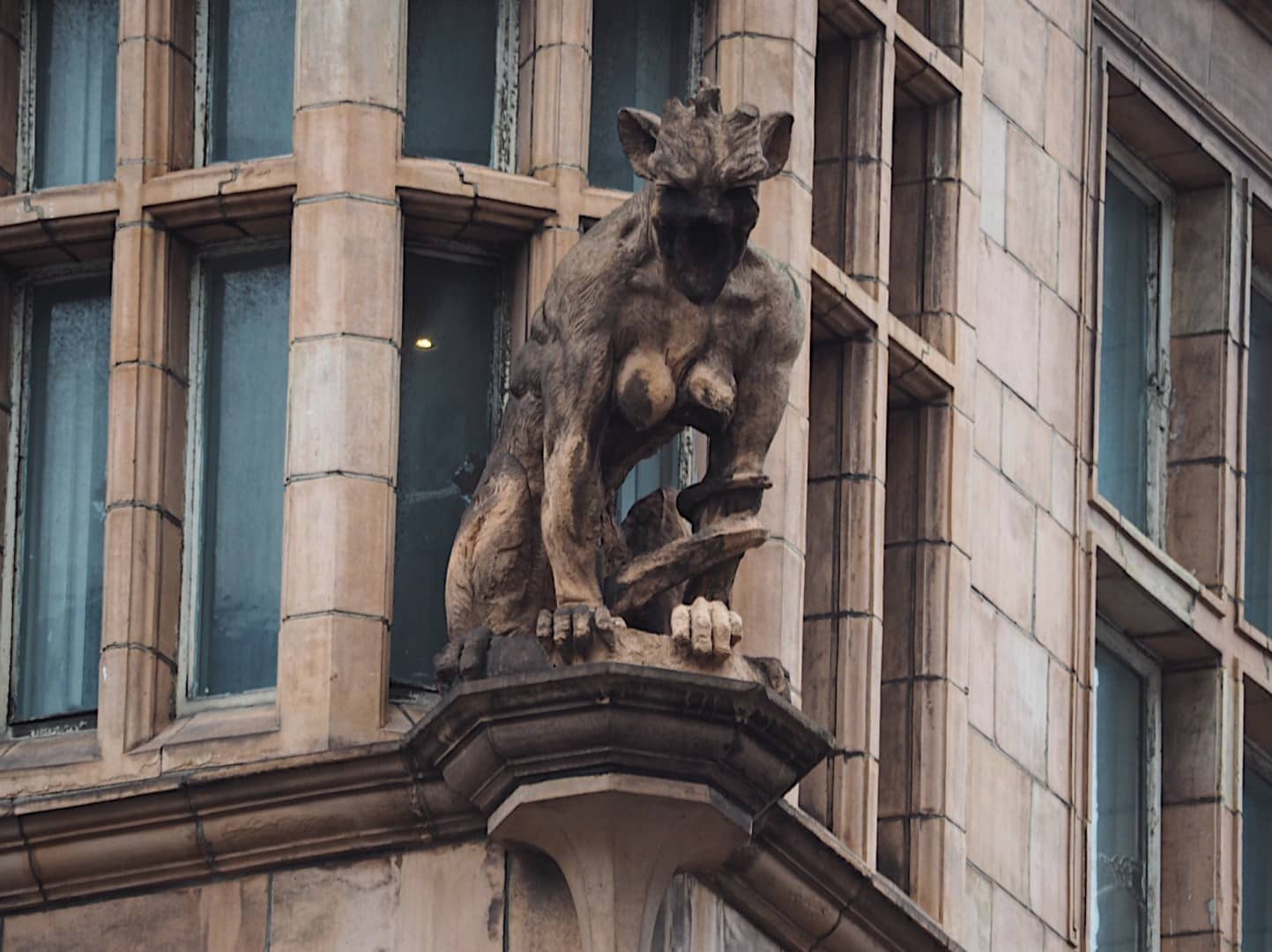 Make sure next time you’re on Cornhill you look up (if you dare!) 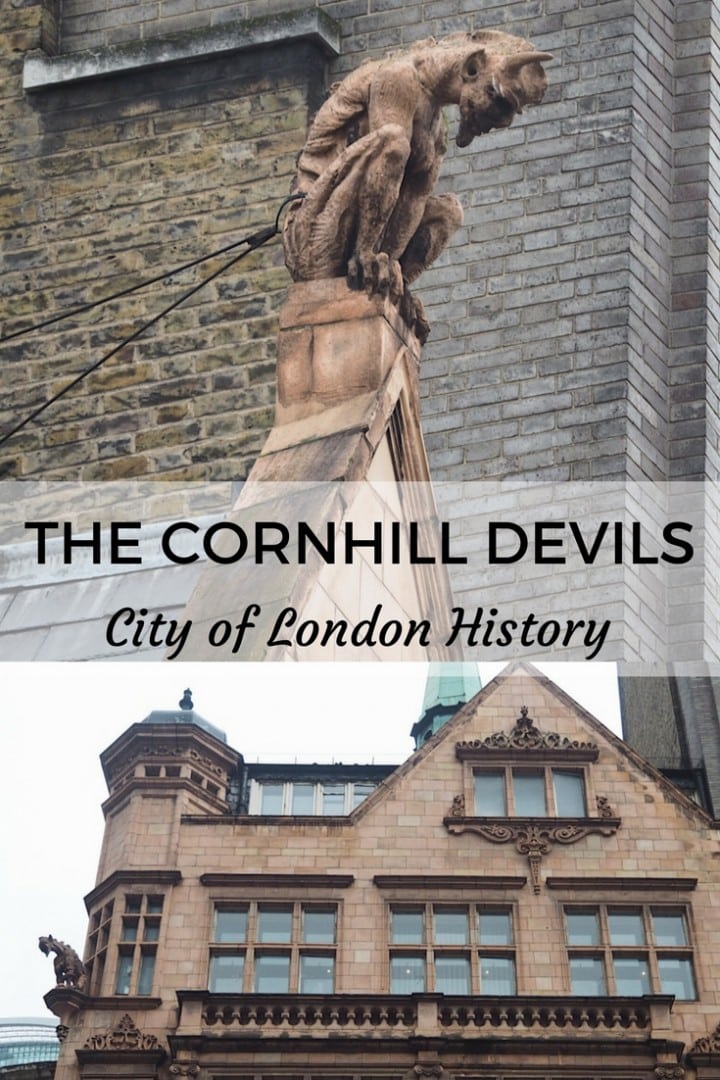