19th century London was a mess.

The smelly, polluted and disorganised City just couldn’t reach an agreement about sewage. There were 8 conflicted independent commissioners in charge, who only cared about their own districts.

But it did provide, in my opinion, London’s best-named public disaster…

Summer 1858 was a nose-wrinkling combination of unusually warm weather and a heavily polluted Thames. The smell of London got so bad that the House of Commons had to hang sacks soaked in quicklime out their windows in an attempt to block the river’s stench.

A cartoon in Punch Magazine in response to the scientist, Michael Faraday, who complained in an open letter about the “fermenting sewer”. Credit: Wellcome Library, London.

It was The Great Stink that made the Victorians realise they should adopt Joseph Bazalgette’s plan, an idea first proposed by John Martin. It consisted of two sewers, each flanking the Thames which drained sewage eastwards and meant clean (rather than raw sewage) water could flow into the river.

The plan was to carry sewage as far away from the centre as possible, ending up at Crossness Pumping Station which pushed it seawards. 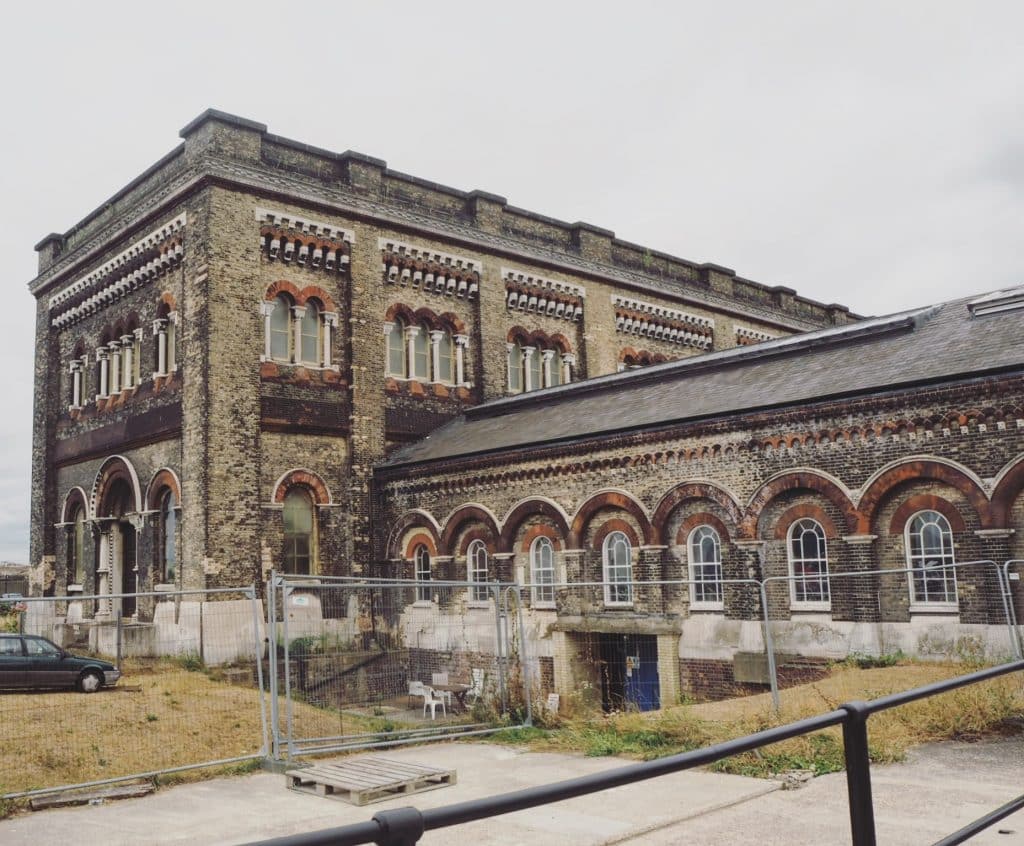 You’d never guess that inside these Normanesque walls lie…

All this for Sewage?! 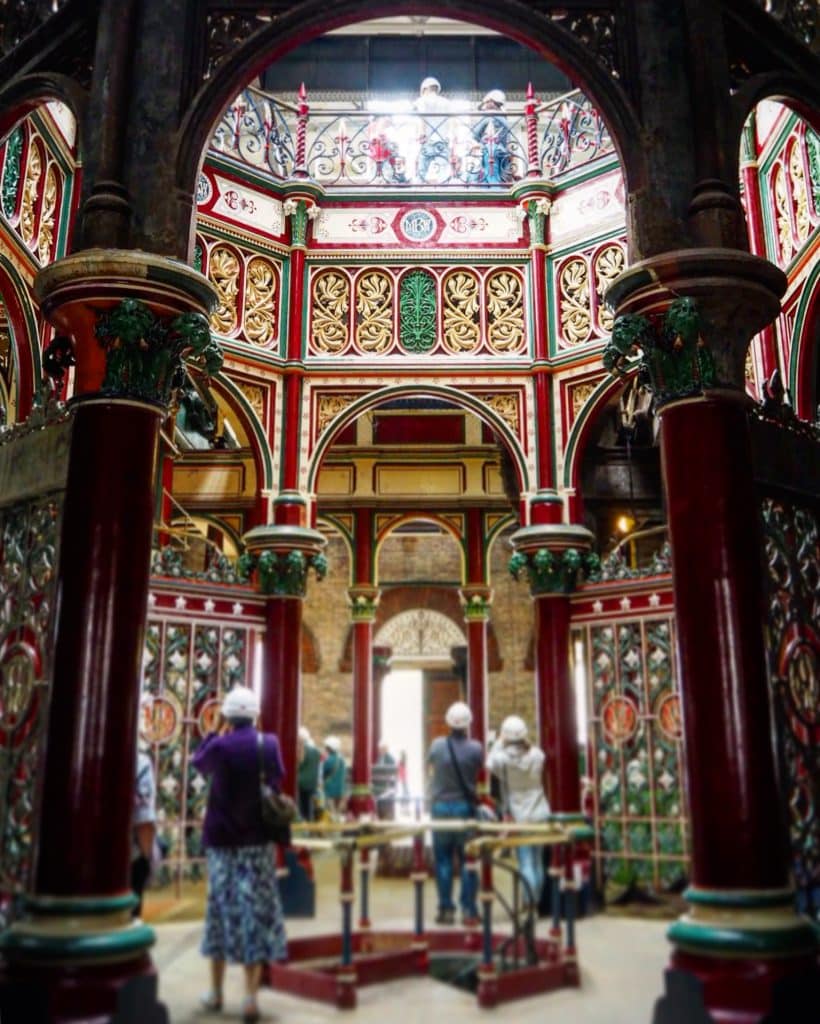 The Station opened on 4 April 1865 and, after a quick talk by Bazalgette, the engines were turned on…

“A sensible vibration was felt throughout the building, showing that the enormous beams, lifting-rods and flywheels were in operation.” – Illustrated London News. 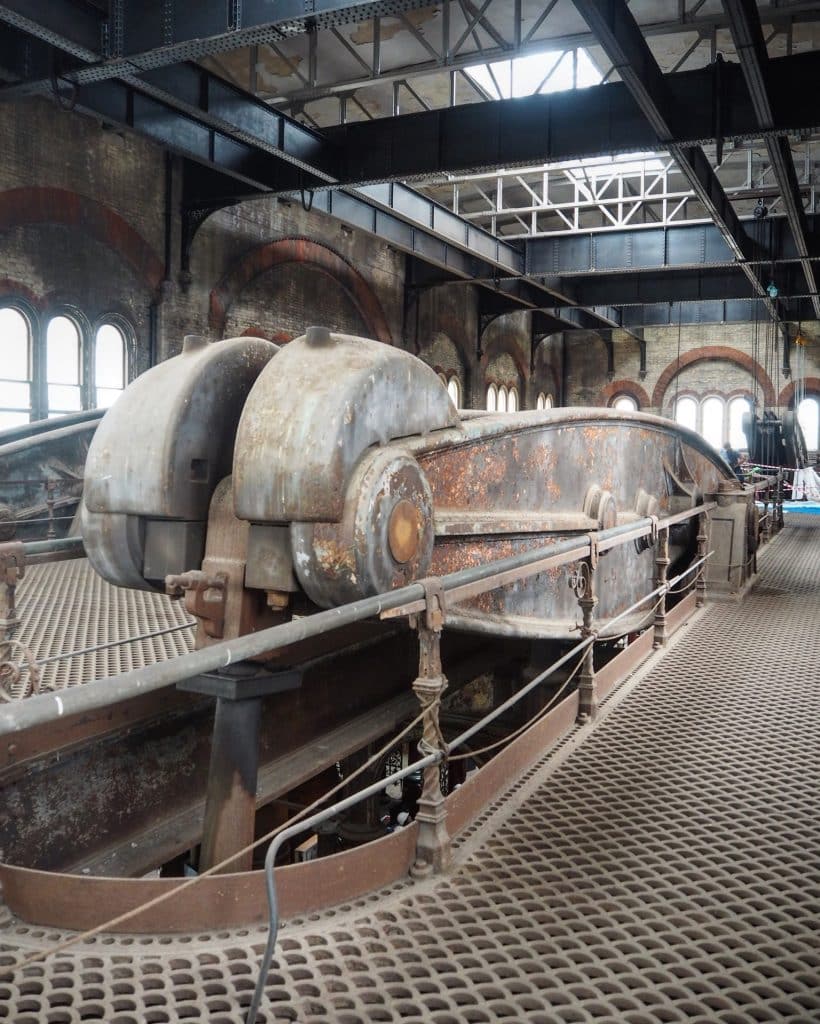 The original names of the four engines were ‘Victoria’, ‘Albert Edward’, ‘Prince Consort’ and ‘Alexandra’, all Royal family members which I’m sure were only too happy to lend their names to sewage pumping machines. 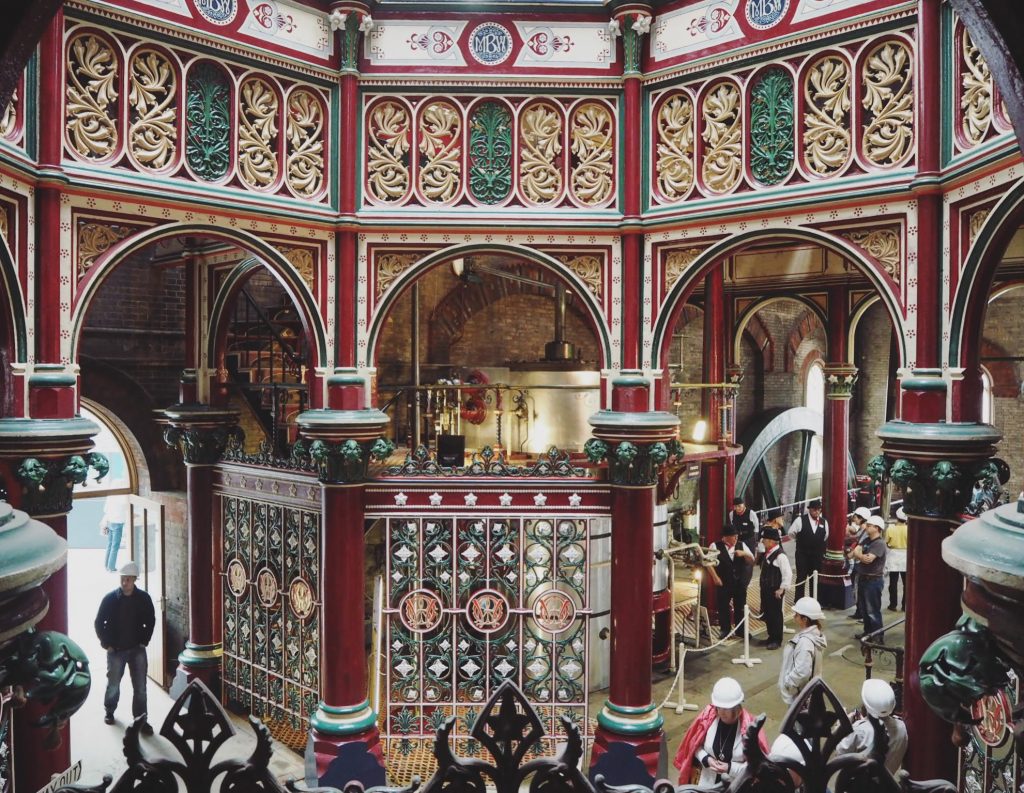 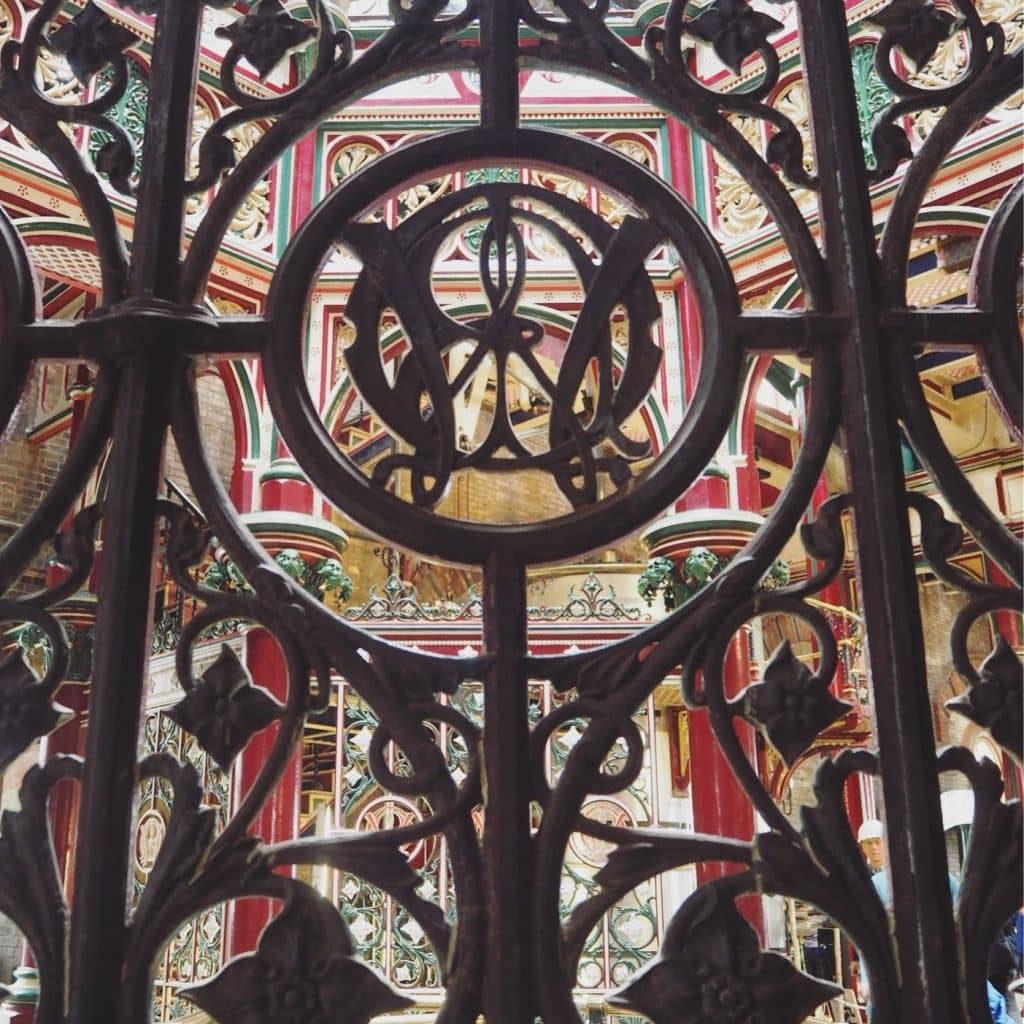 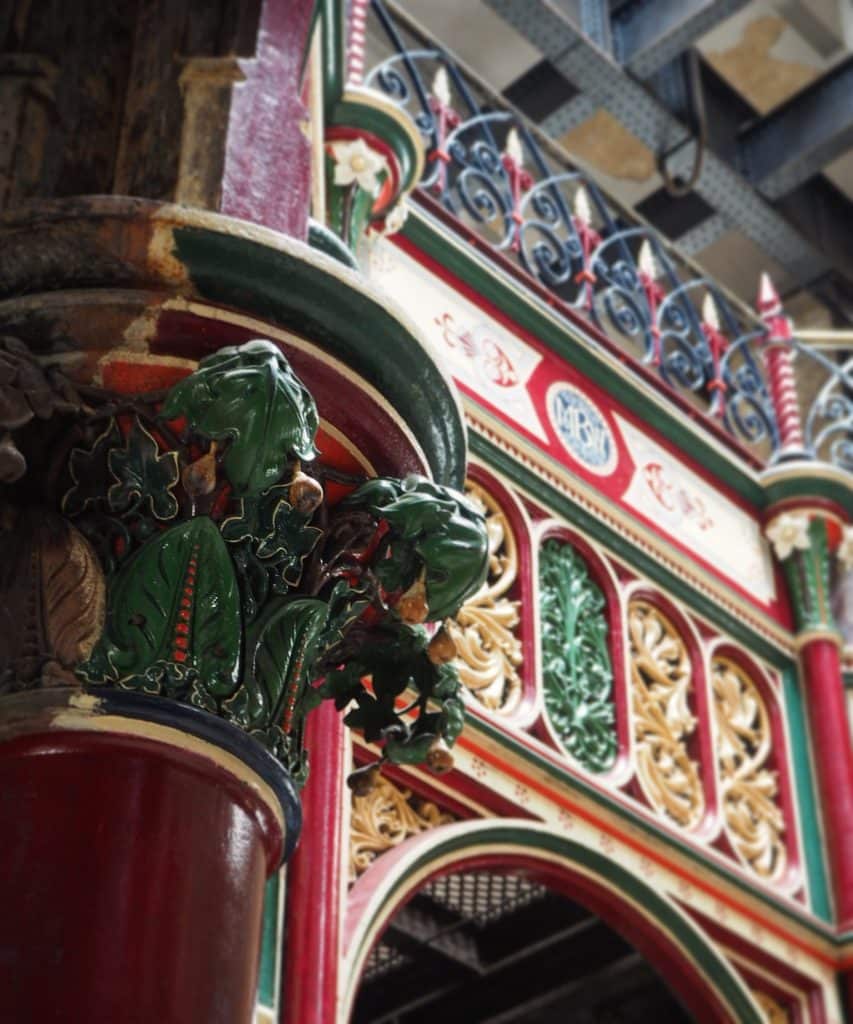 Some parts are kept bare, it’s not hard to see why they’re attracted film locations.

Crossness was decommissioned in the 1950s and the marvellous tower (that wouldn’t look out of place in an Italian city) was demolished. 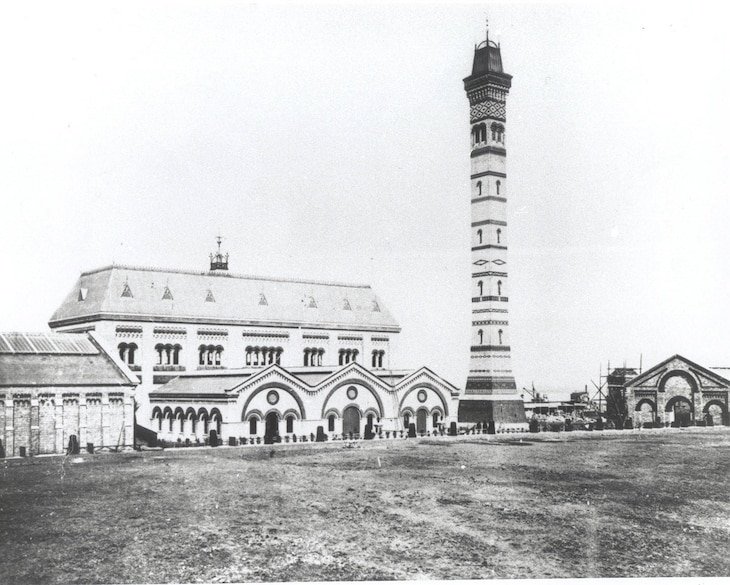 The whole site fell into disrepair but an army of volunteers helped look after the engines (which were never dismantled) and funds from both Heritage Lottery Fund and English Heritage mean today you can still see one of these huge beasts – ‘The Prince Consort’ – pump away happily. 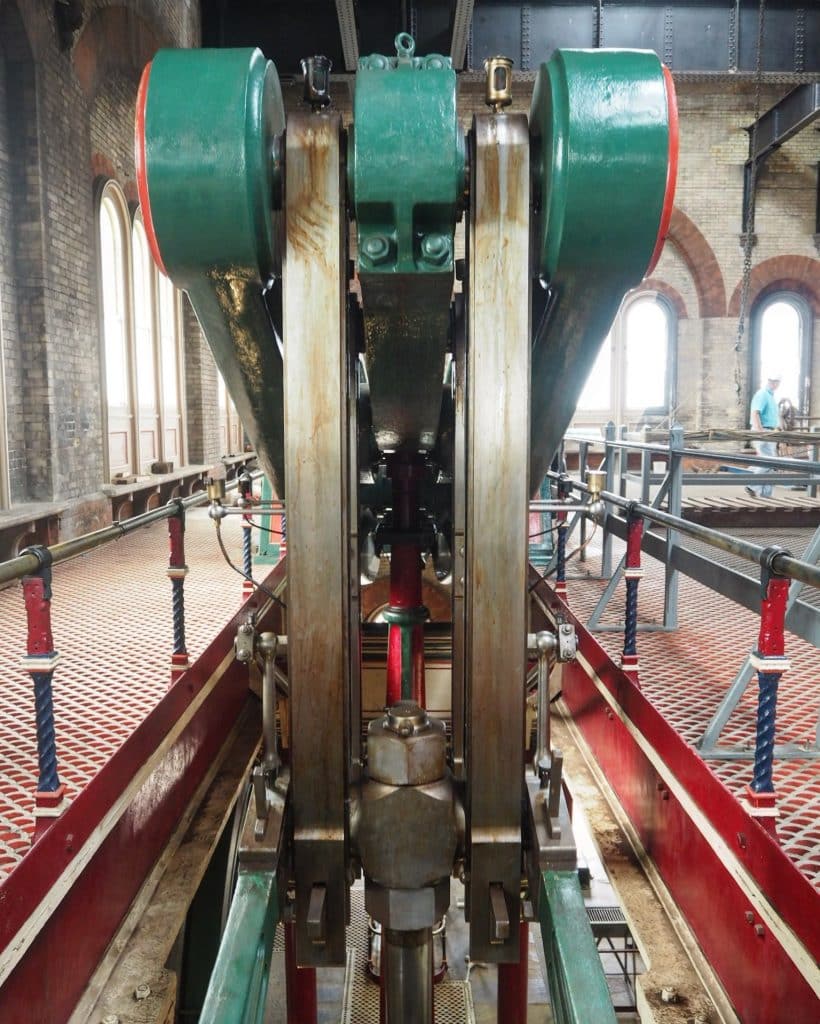 You can visit the pumping station most Tuesdays and Fridays as well as the second Sunday of every month. For the latest information visit their website here.