The Story Behind Cutlers’ Hall Frieze on Warwick Lane

in City of London, London, Look Up London
2 Comments

Look up along Warwick Lane in the City of London and you’ll spot this amazing terracotta frieze. It’s the Livery Hall of the Worshipful Company of Cutlers’ and it tells us the story of their trade. 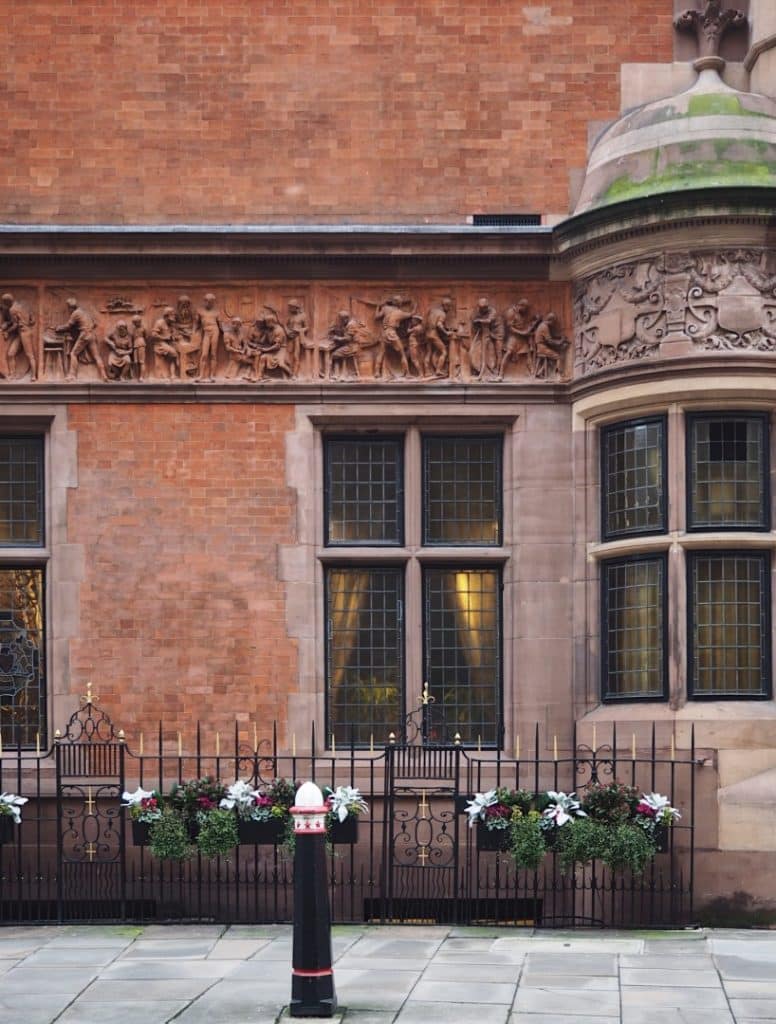 The Worshipful Company of Cutlers

The term ‘cutler’ comes from the Latin ‘cutellarius’ and Old French ‘coutelier’ meaning tradesmen that sold anything with a cutting edge.

Although it existed as a trade in the City since Roman times, it was in the 13th century – with the rise of bladed weapons – that the was formerly established. Their royal charter came later in 1416.

The third and current hall dates from 1884, designed by Samuel Worth and Benjamin Broomhead Taylor who agreed to work together after the Company couldn’t choose between their respective proposals.

Remarkably it survived the Blitz, with bombs falling really close, wiping out the building on its left; the former HQ of the Royal College of Physicians. 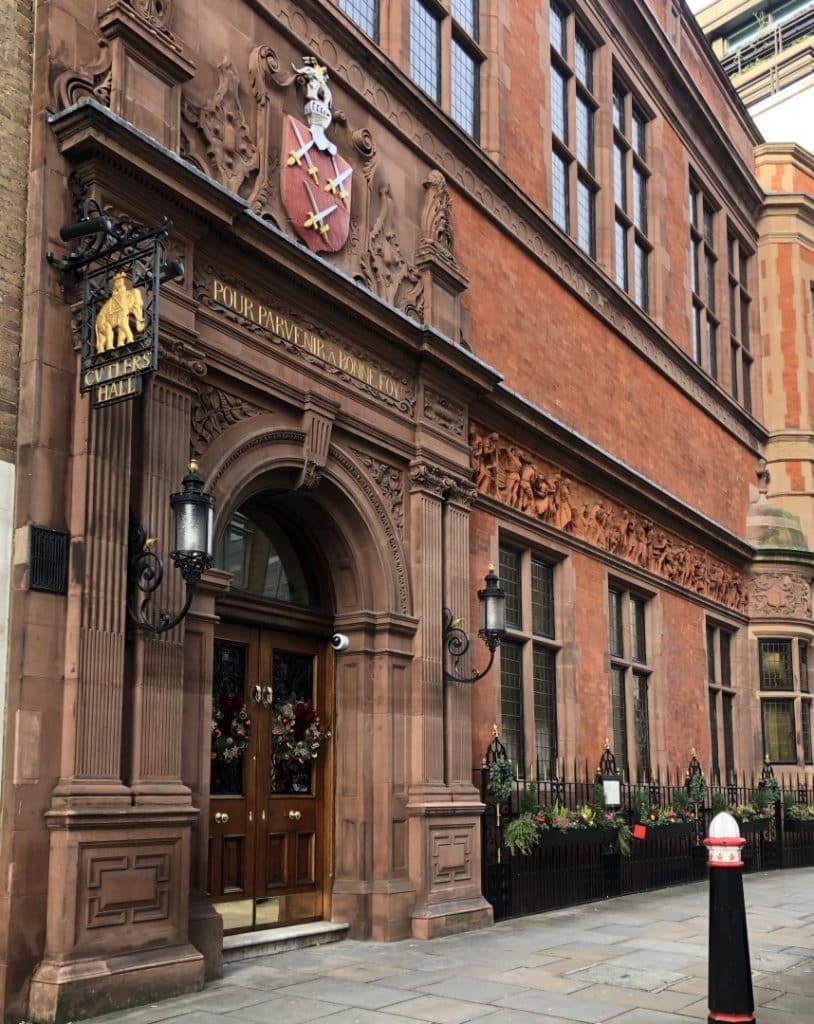 Above the front door you can spot their coat of arms; three pairs of crossed swords against a red shield. Later – in 1622 – the Cutlers’ received an addition to their arms; an elephant and castle along with two elephant supporters. 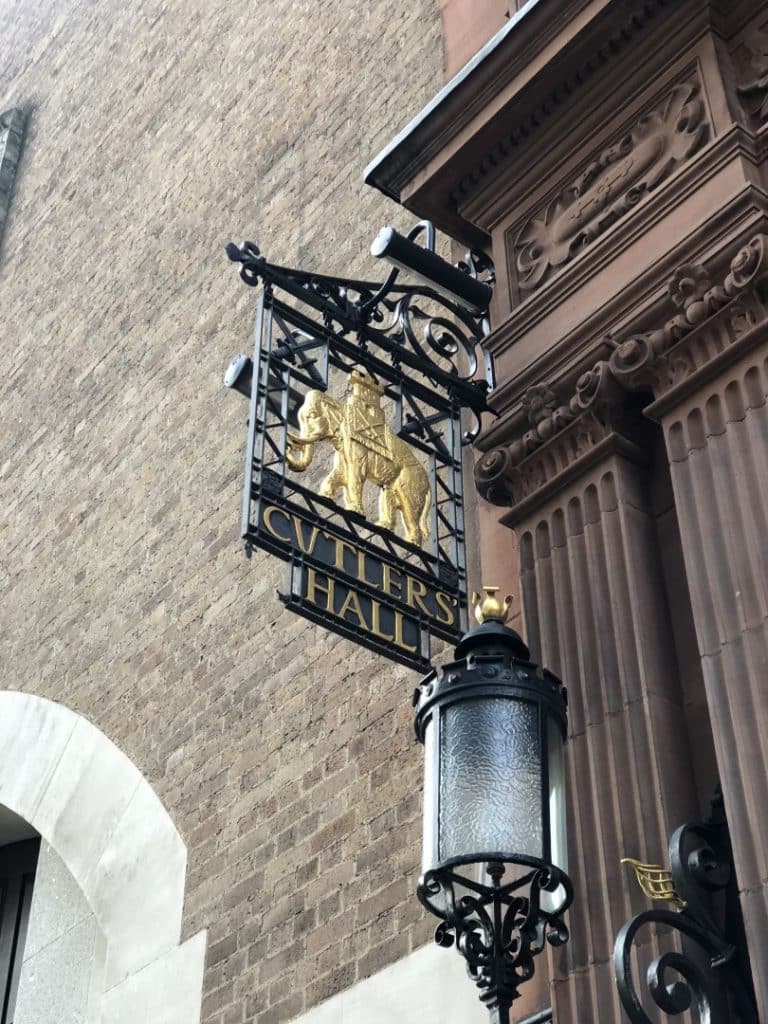 This was a reference to the ivory used for handles. Today, with the use of ivory banned, the company supports the charity; ‘Tusk’ which protects African elephants. 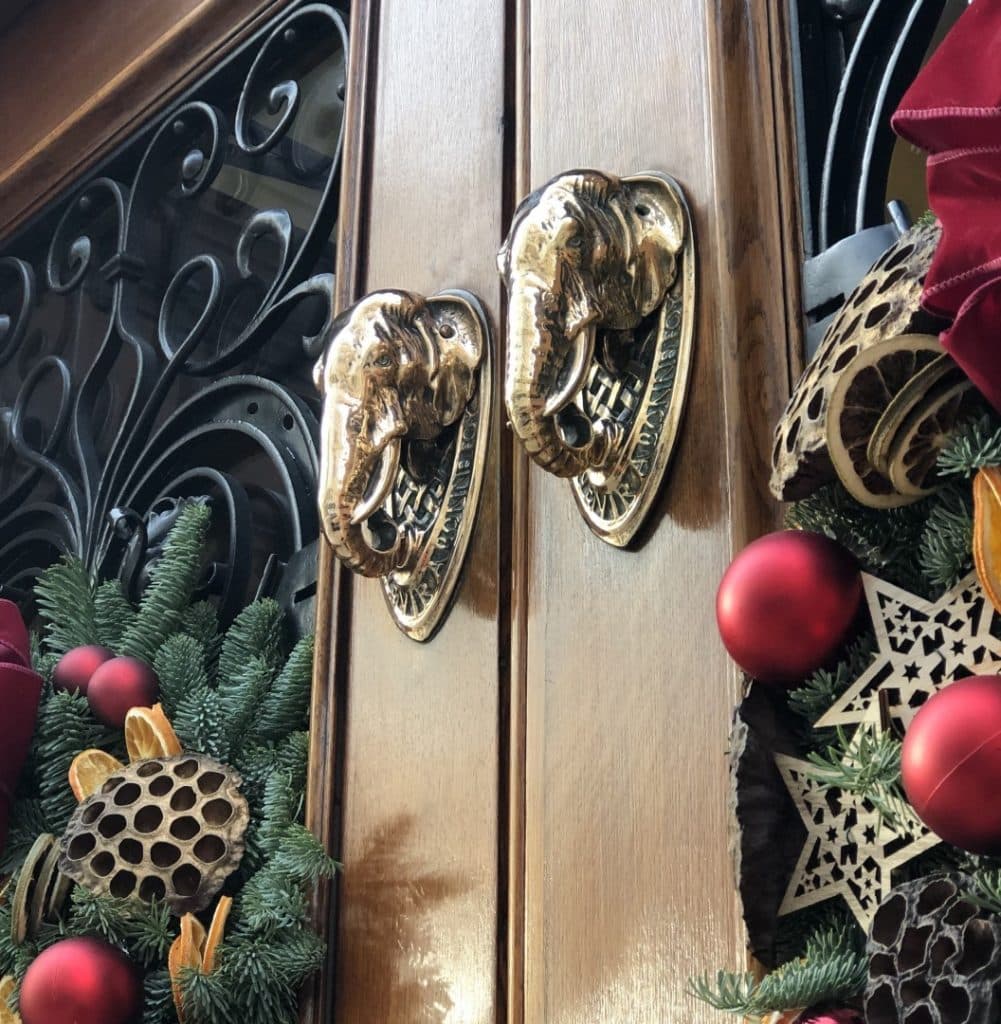 The Frieze and the Details

Made in durable terracotta, the frieze is by the sculptor Benjamin Creswick and is full of charming details. 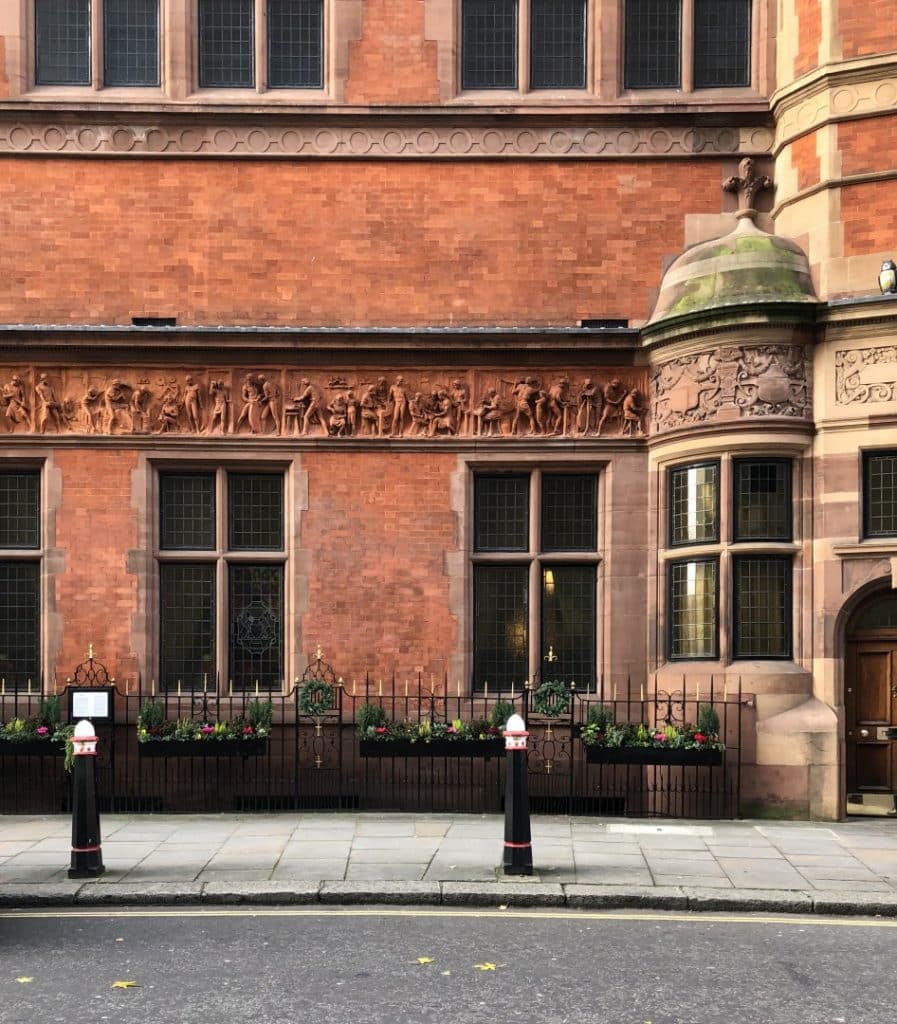 Creswick was a grinder, based in Sheffield, and it’s evident he was familiar with the trade because each process of the Cutlers’ craft is shown is lovely detail, step-by-step.

We begin with the forging, turning metal into glowing molten liquid with help from the huge bellows in the background. Then the apron-clad men hammer the metal into flattened blades. 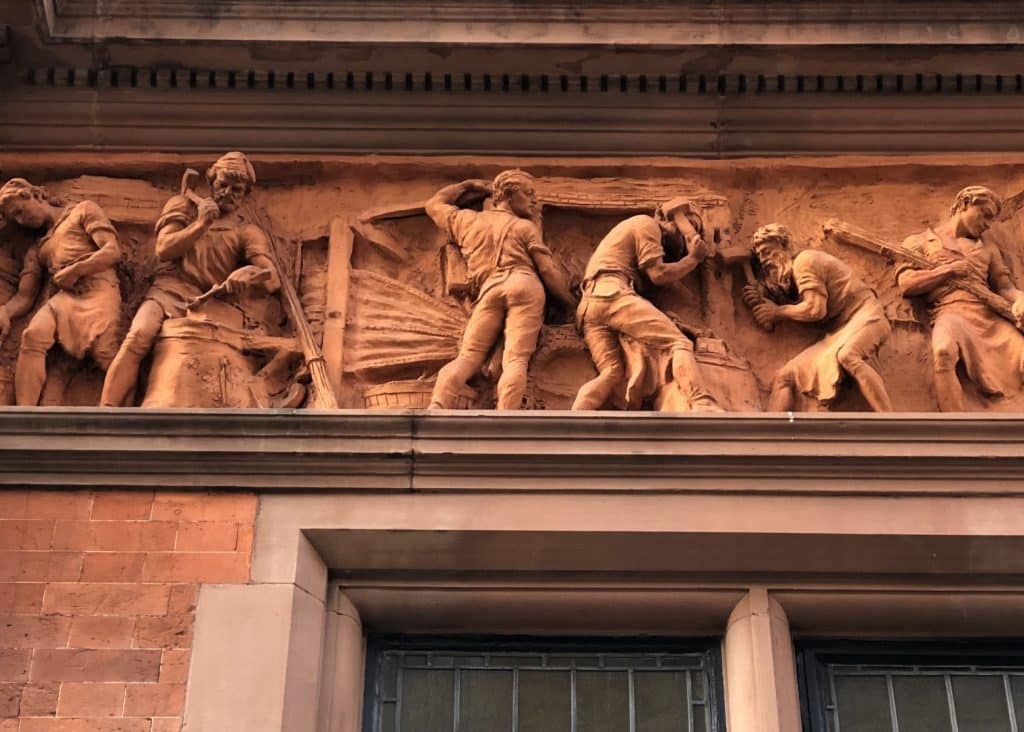 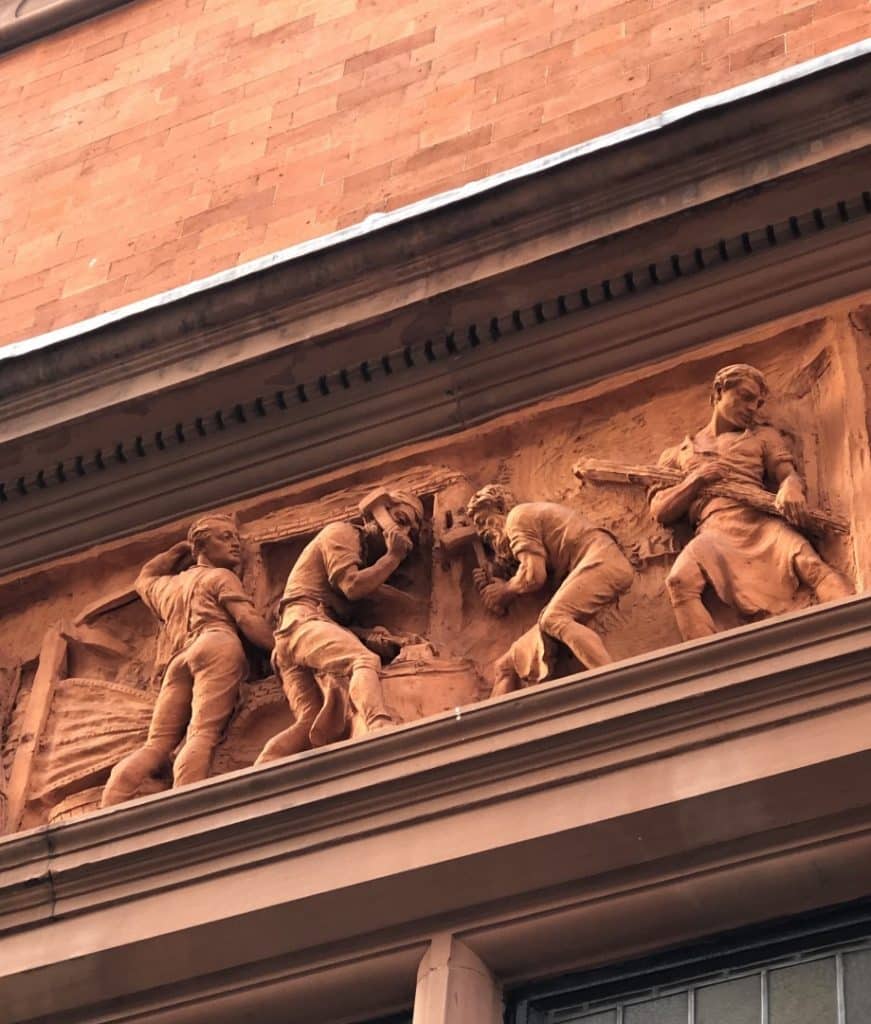 Then you see the grinding process, with the large sharpening wheels dotted around the workspace. 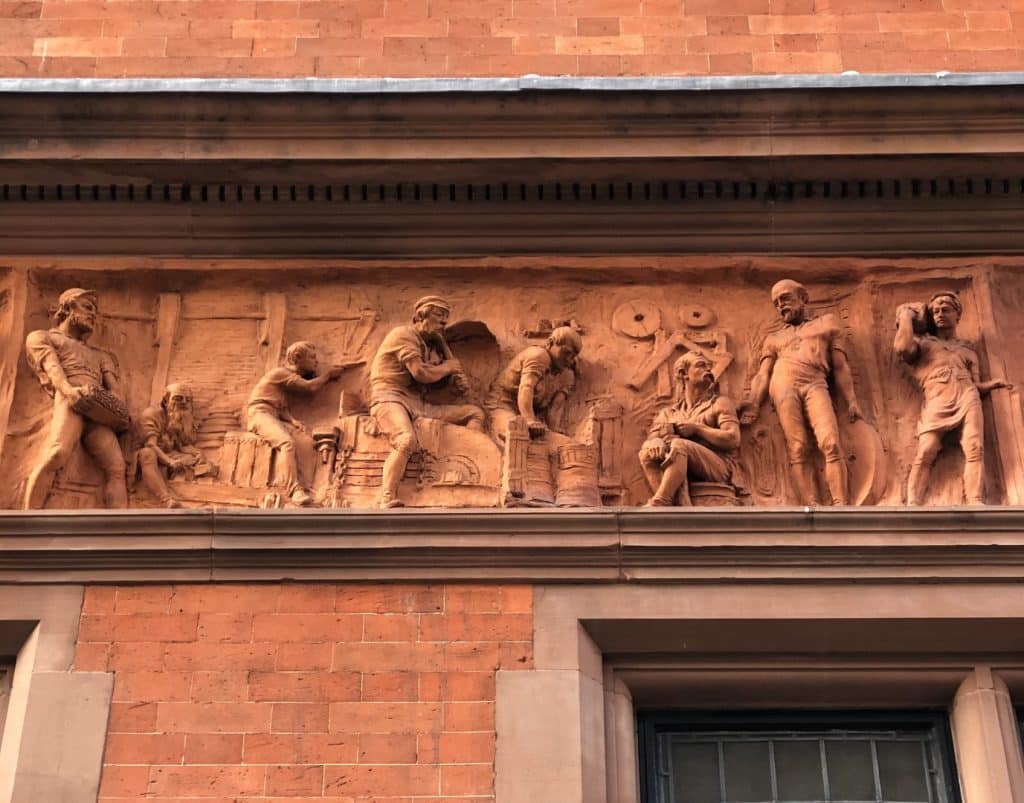 Third come the handle production; hafting. Within this section there’s a lovely moment between an older man and a small apprentice or son, a moment of teaching and passing on new skills. 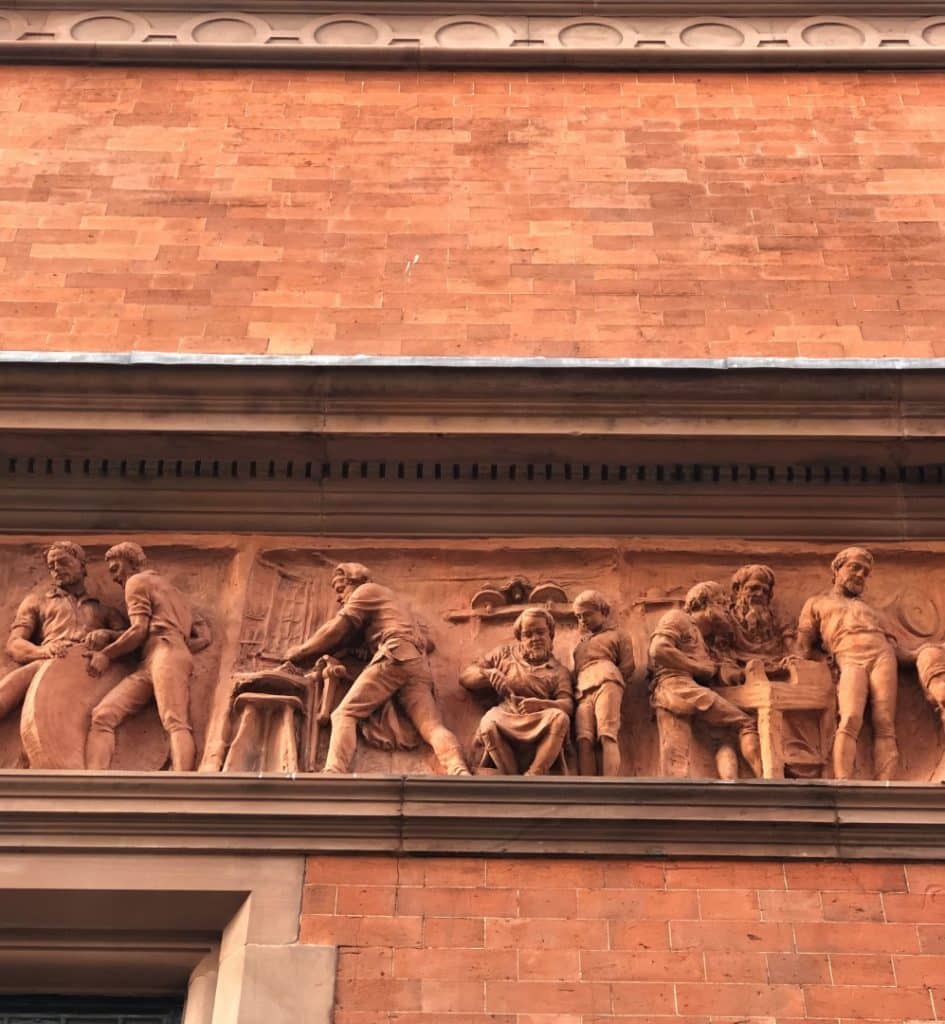 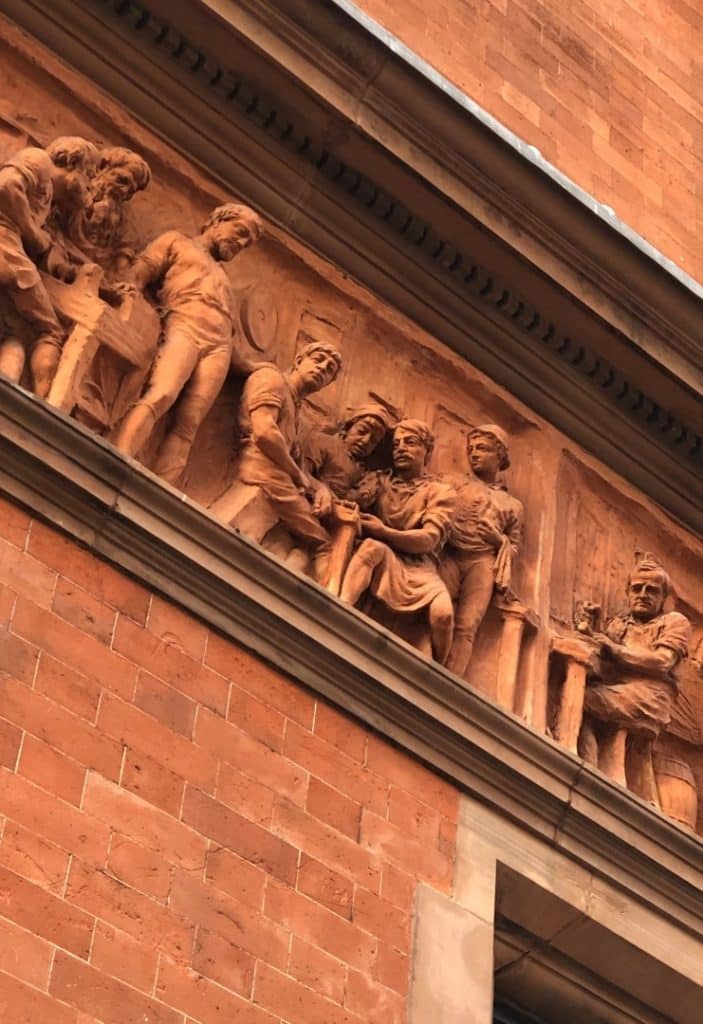 Lastly people work on fixing handles to the blades, making final touches to the product. 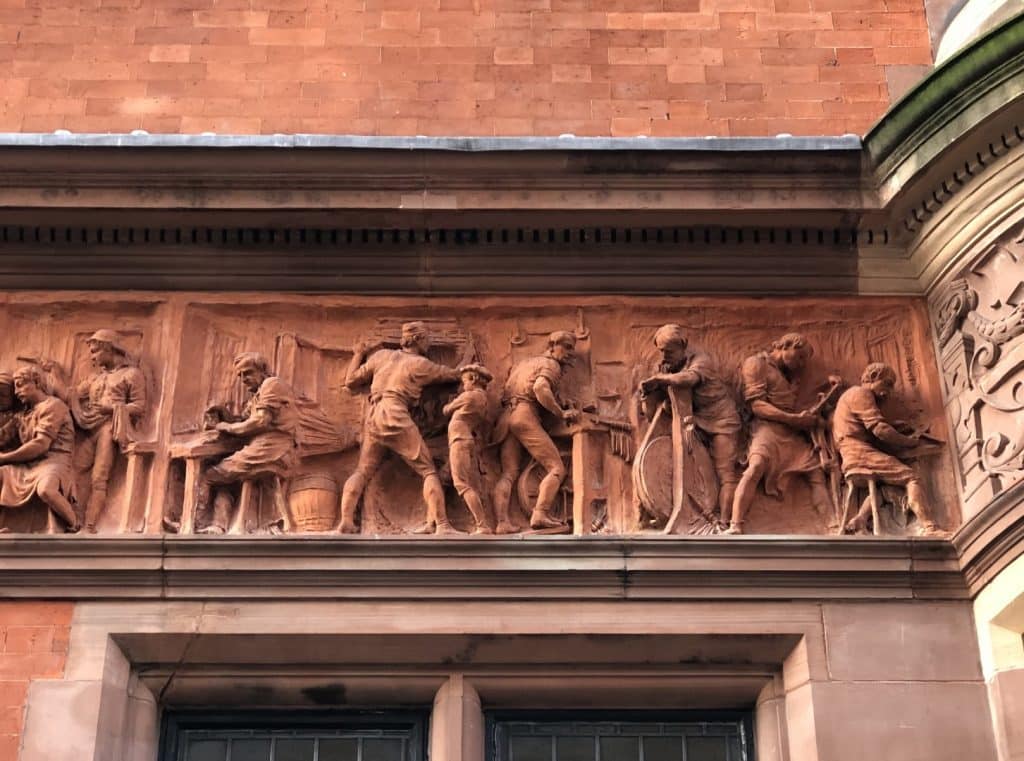 Next time you’re by St Paul’s Cathedral, look up along Warwick Lane and admire the details of this wonderful frieze!