In Bethnal Green, off Old Ford Road, you’ll find Cyprus Street. A quiet, residential street was laid out in 1850-51.

Originally named Wellington Street, there’s a former pub called the Duke of Wellington at one end.

It changed to Cyprus Street in 1879 and is thoroughly ordinary, albeit with very pretty painted doors and shutters.

But what makes it stand out is its War Memorial

The last line seems to suggest – at first glance – the army regiment, but it’s actually a reference to the aforementioned pub who organised the memorial.

The white marble memorial list 26 names, J Amos to (presumably) two brothers, W and WH Wathews. The full list can be found on the Imperial War Museum date base here.

Just take a moment to think about that. 26 young men, all from a single street.

This is a replacement, after the 1919 original (located further along – closer to the pub) was destroyed after a WWII bomb hit a number of houses.

There’s a lovely short audio clip of three local residents; Ron, Dave and Barbara who have lived on Cyprus Street for a combined 148 years.

It was Dave who first spotted the broken memorial in the back of the pub, ‘leaning against the wall in three bits’ he asked the landlord about it who recalled the builders putting it there in the 1960s.

Thankfully it was then resurrected on the street, given a fresh coat a paint and new flags each year. You can also see one of the ceramic poppies, installed in the Tower of London moat as part of the 2014 centenary events.

Barbara said the idea behind putting it back comes from “trying to keep the community together … you have to work at it, you have to be there.” There seems to still be a strong community presence in the street, judging by this footage from 2010. 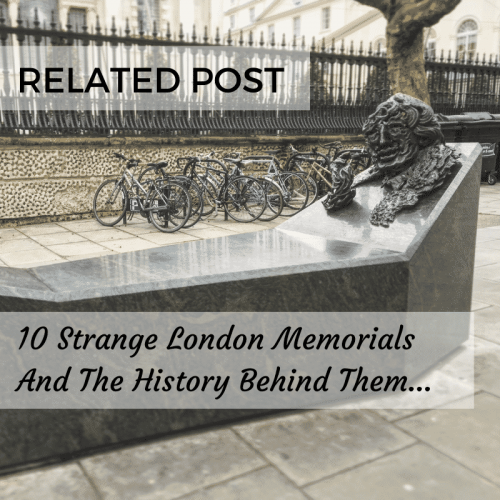