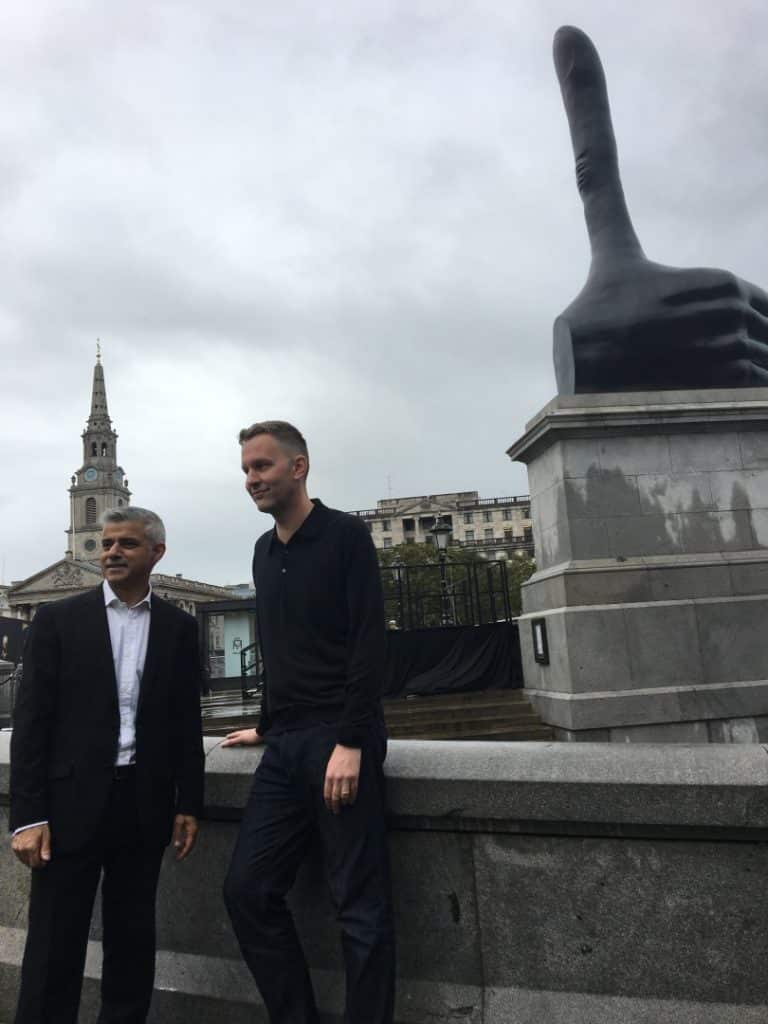 The 5ft 6″ Mayor of London joked that his first art unveiling had to be the tallest ever Fourth Plinth sculpture, by the very tall David Shrigley.

Here’s the unveiling in action:

“What this represents is so important; optimism, positivity, the best of us, particularly post-brexit.” – Sadiq Khan

So what about the art?

Known for his irreverent artwork, Shrigley’s huge thumbs up is meant to poke gentle fun at the – often pretentious – art world. He also says, with no hint at sarcasm, that Really Good is “an attempt to make the world a better place.”

Shrigley did also admit that he’s fully aware of how ridiculous that sounds, but he likes the idea that Really Good is both ironic and sincere. 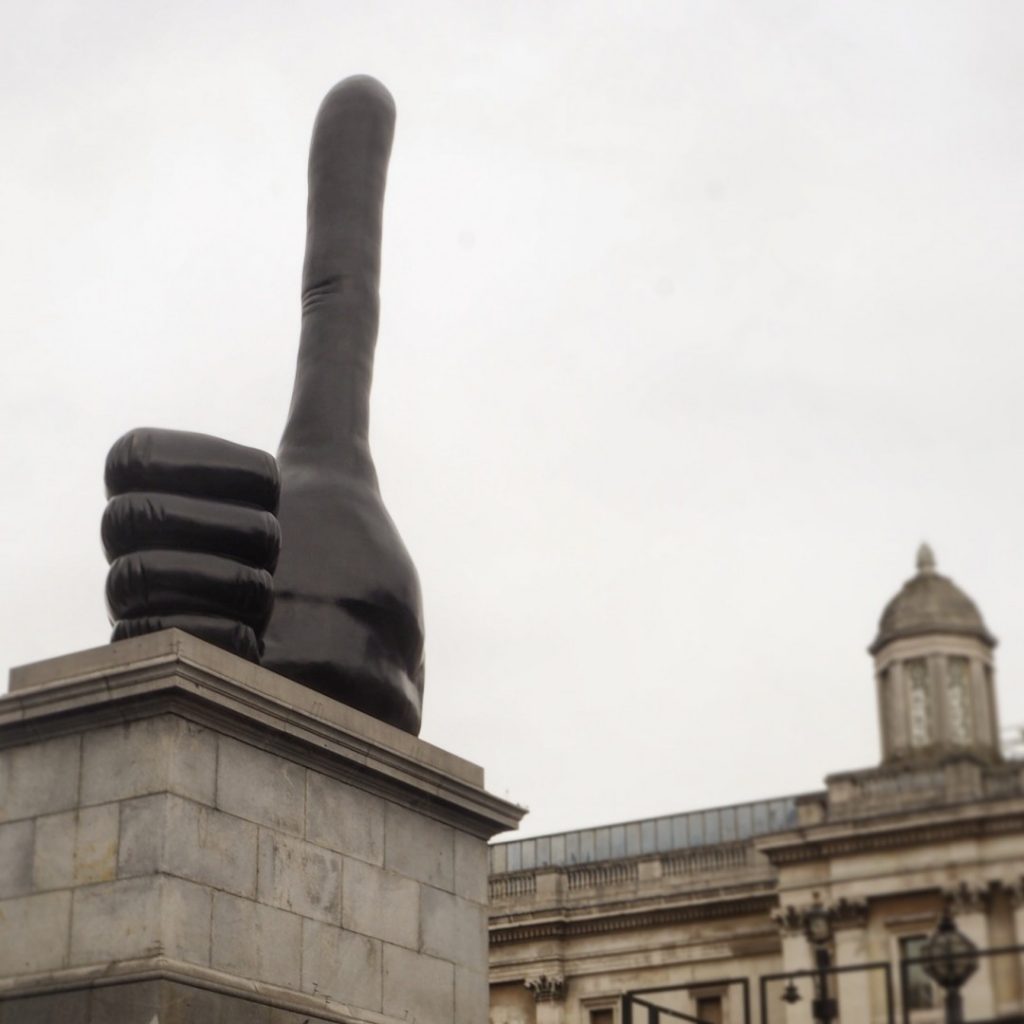 What do you think about the sculpture?

The great thing about the Fourth Plinth is that it encourages everyone to be an art critic. Let me now your thoughts in the comments!