The Dog and Bowl Sculpture Outside Southwark Station

As you leave Southwark Station, diagonally opposite is a lamppost. So far so normal. But look up and you’ll spot a peculiar sculpture on top; a dog licking a bowl. 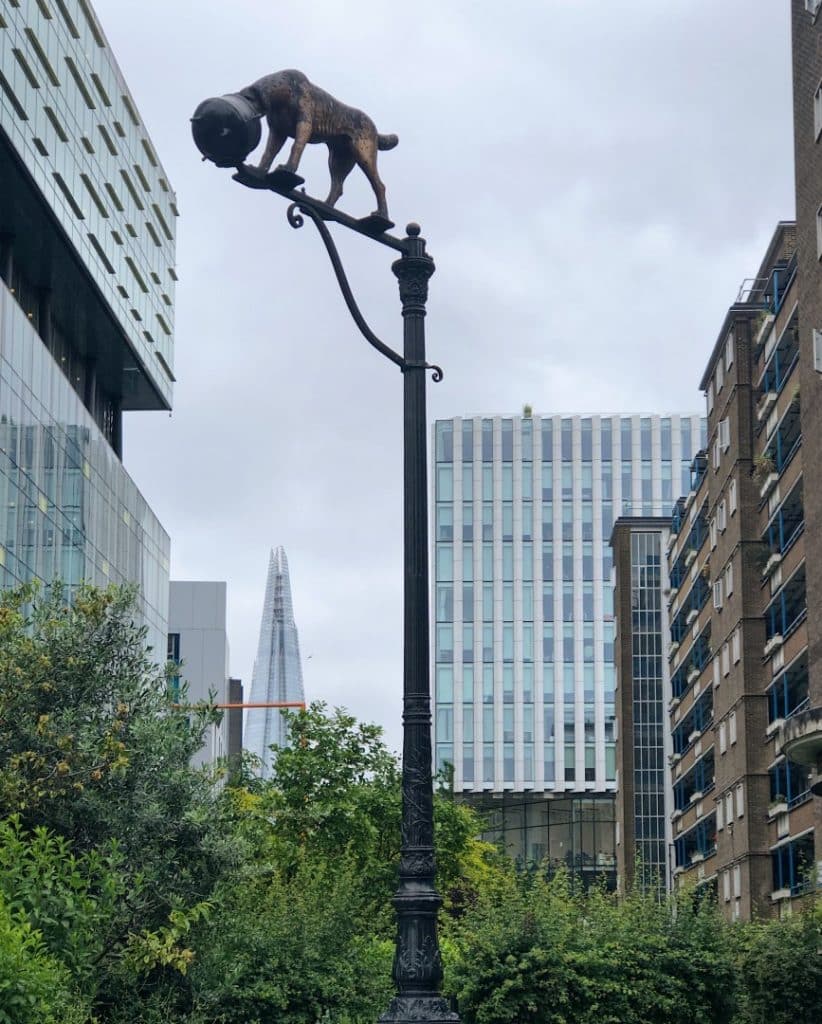 As a 12 year old boy Charles Dickens would walk past this to work (yep, that’s the Victorians for you). Later, in his autobiography, he reminisced about his commute.

“My usual way home was over Blackfriars Bridge and down that turning on Blackfriars Road, which has Rowland Hill’s Chapel on one side and the likeness of a golden dog licking a golden pot above a shop door on the other”.

Of course, Blackfriars Road looked very different in the 19th century and the dog and bowl that Dickens saw was actually a shop sign hanging outside an ironmongers.

The ironmongery shop had the sign of the dog and bowl from the early 19th century. Ironmongers would usually sell metal pots as well as ‘fire dogs’ which support wood in household fireplaces.

The original sign lasted in this location right up until the shop was badly damaged in The Blitz.

Also nearby, you can find a coal hole which is a reminder of one of the owners of the shop; J.W. Cunningham & Co. They used the ‘dog licking a bowl’ as their emblem, which decorated many a Victorian coal hole. This, sadly, is also a replica. Though a convincing one!

Again, the sculpture isn’t the original. It was unveiled in 2013 to mark 200 years since Charles Dickens’ birth (7 February 1812) and the sculpture was created by Michael Painter. 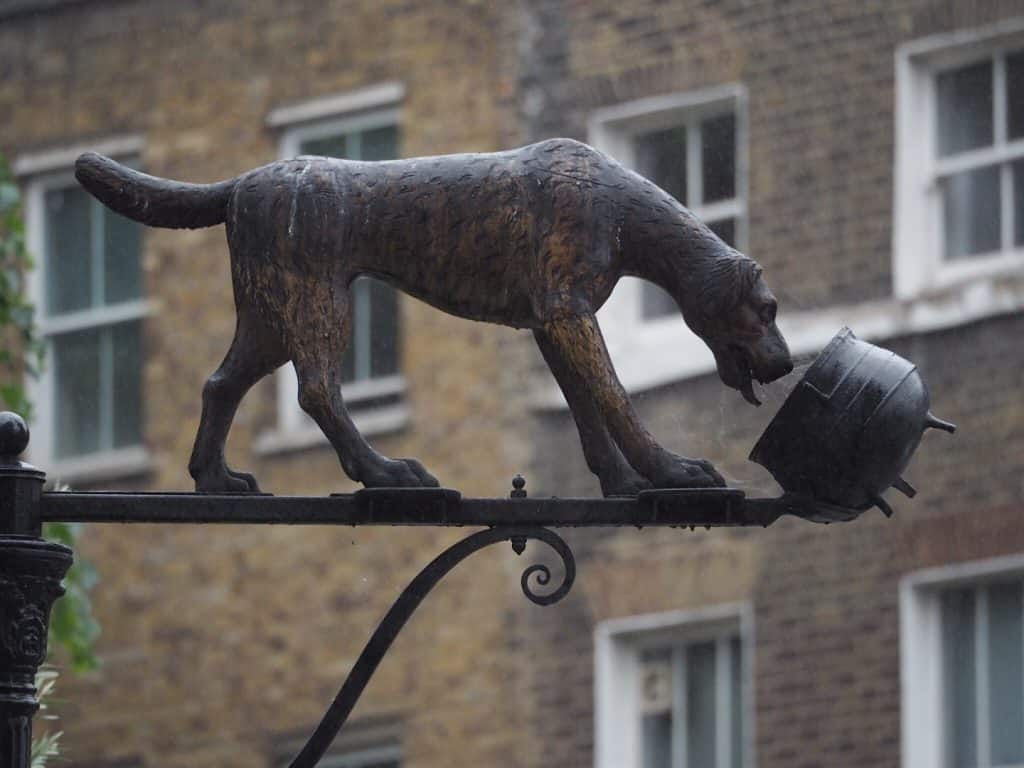 The original sculpture was in the care of Southwark’s Cuming Museum, in Walworth Town Hall. But this suffered a huge fire on 25 March 2013. The museum no longer has a physical home you can visit and I haven’t been able to find the sculpture in their listed online collection. 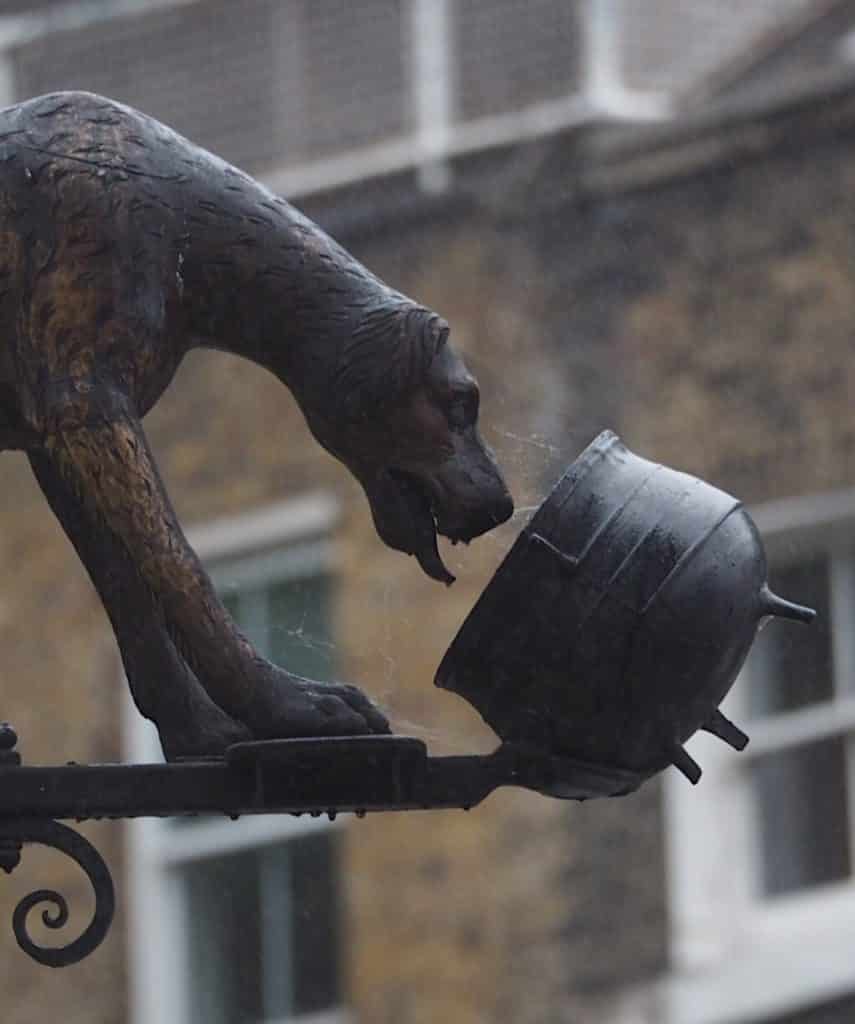 So despite not knowing the current whereabouts of the original, you can still look up and admire this bit of history next time you’re by Southwark Tube Station. You can even get in touch with the sculpture directly; it has its own twitter account!