Eltham Palace is a bit of a mad place; an abandoned 14th century Medieval palace revamped by the ultra wealthy (and fascinating) Courtauld family in the 1930s, it’s full to bursting with odd juxtapositions and quirky details.

For instance, I can’t think of many country estates where this; 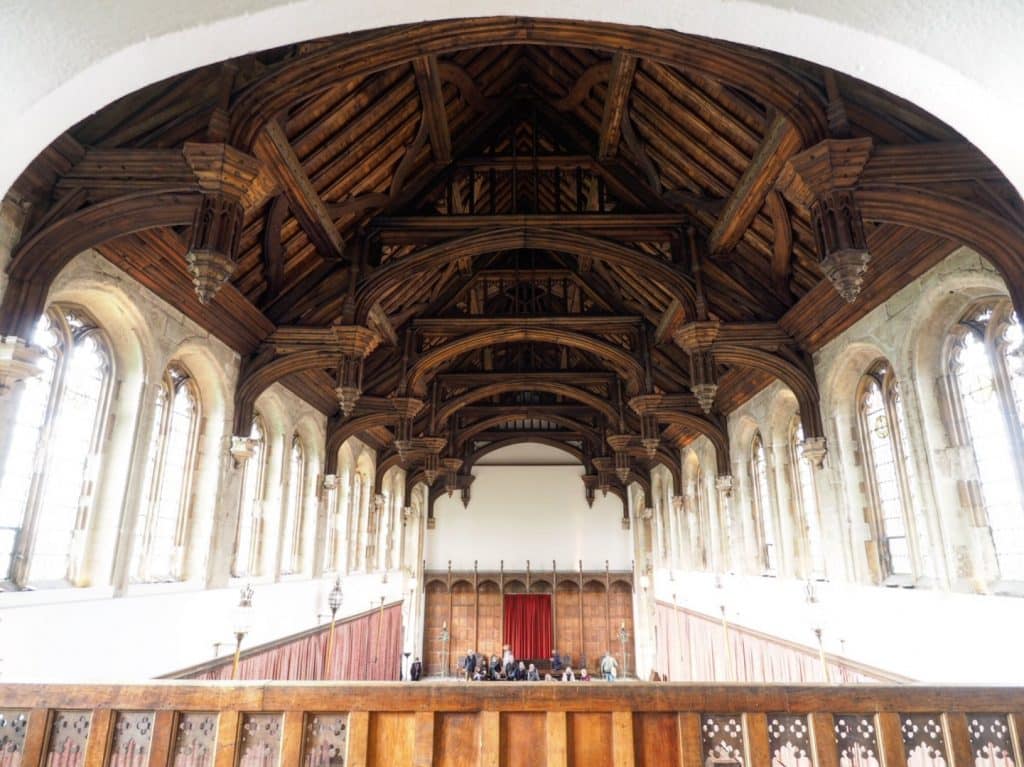 Is cheek by jowl with this;

The Manor of Eltham is first recorded in the Domesday book of 1086. From then over the next few centuries it was a manor house surrounded by fields and perhaps a moat.

The history of Eltham Palace is fairly jam-packed, so here’s a little bitesize timeline;

The charm of Eltham Palace is in its uniqueness; A surviving Medieval Great Hall attached to a no-cost-spared 1930s mansion. Here are some of my personal highlights.

From the outside it seems like any other nationally-owned country house. 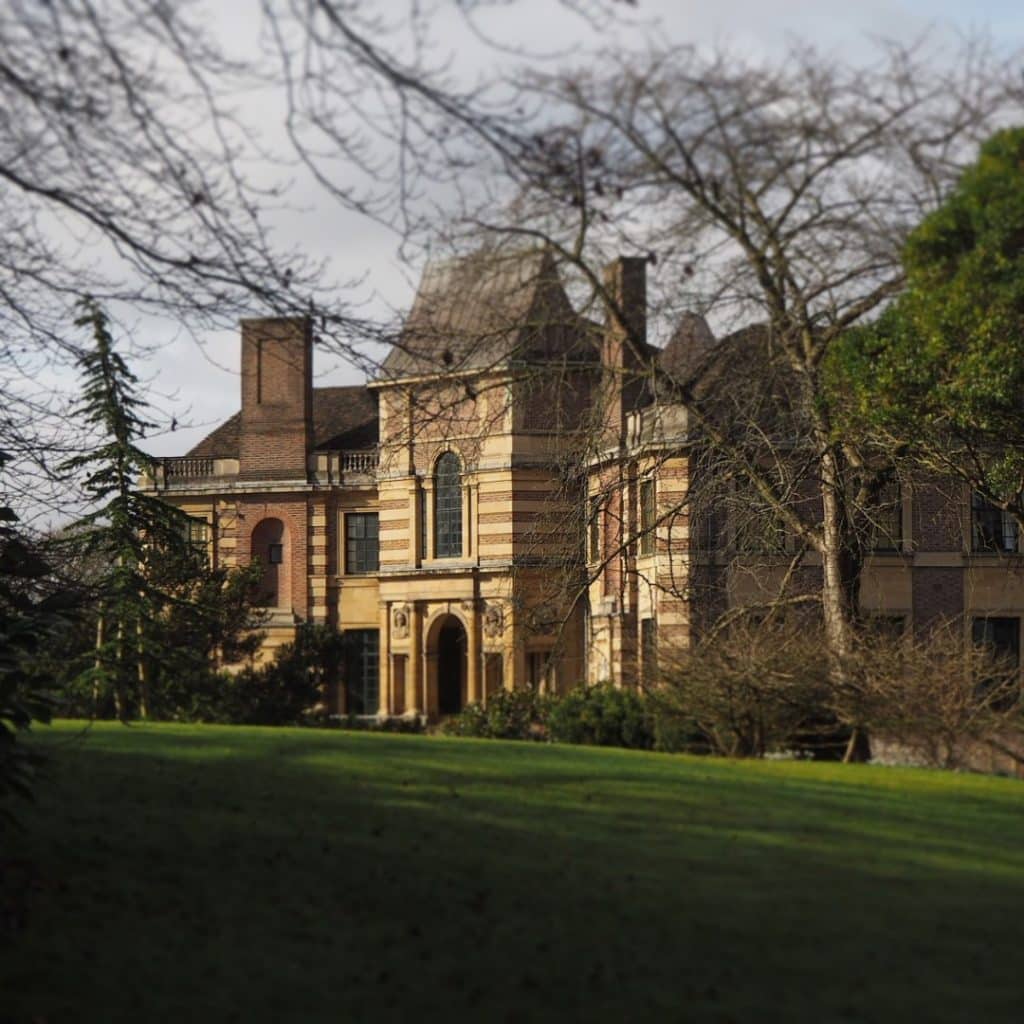 The only clue for what awaits is this modernist sculpture above the entrance; 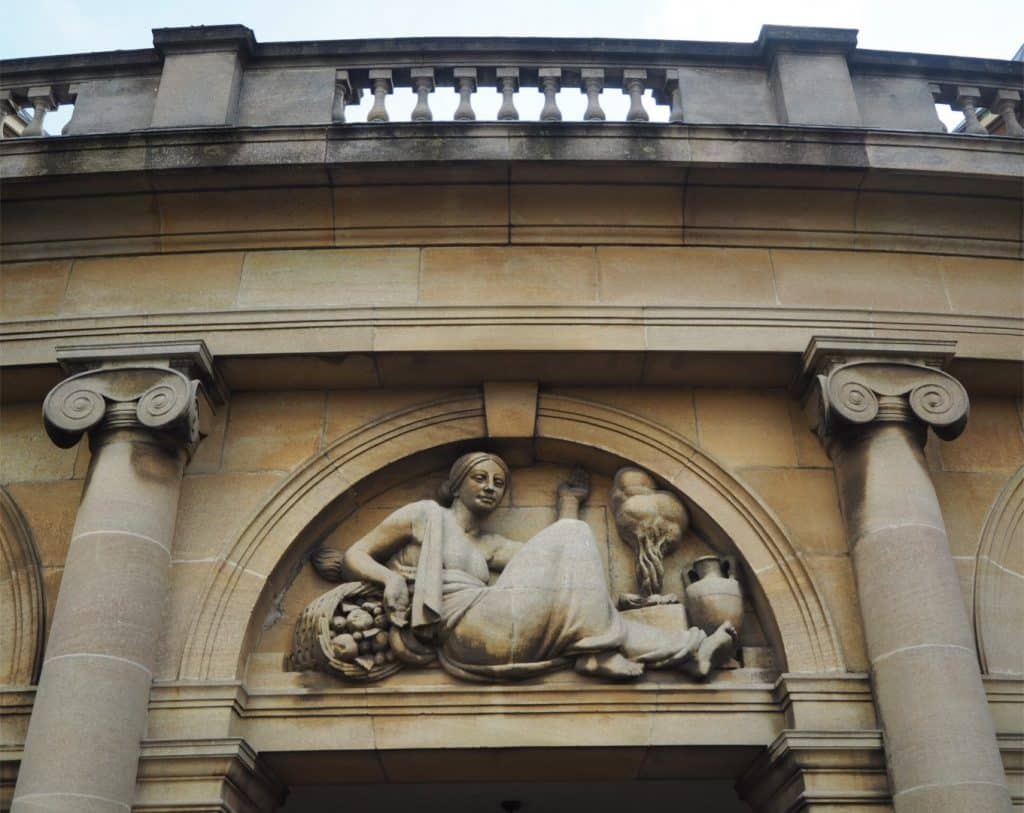 The Entrance Hall was the first room that Courtauld guests encountered and today it’s where you begin your visit. When you step inside for the first time it is a delightfully disarming experience  and sets the tone for the glamour and attention to detail that the Courtauld’s – particularly Virginia – strived for.

It’s pretty hard not to be impressed… 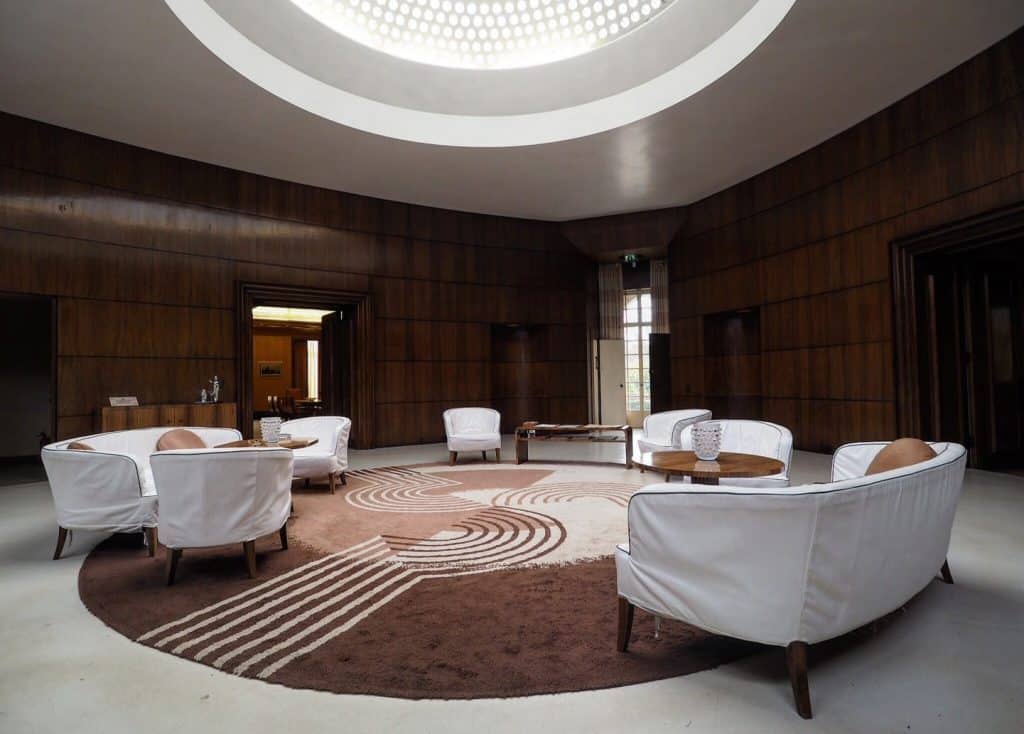 Designed by Rolf Engströmer, the room which appears circular is actually a triangle. The whole atmosphere has that Art Deco cruise liner feel and you can almost hear the 1930s cocktail glasses clinking.

During the controversial renovations the exterior had to be kept relatively subdued, so it was with the interior that the Courtaulds could run wild.

And of course, don’t forget to look up! The ceiling is punctured with clear glass tiles to let in natural light. 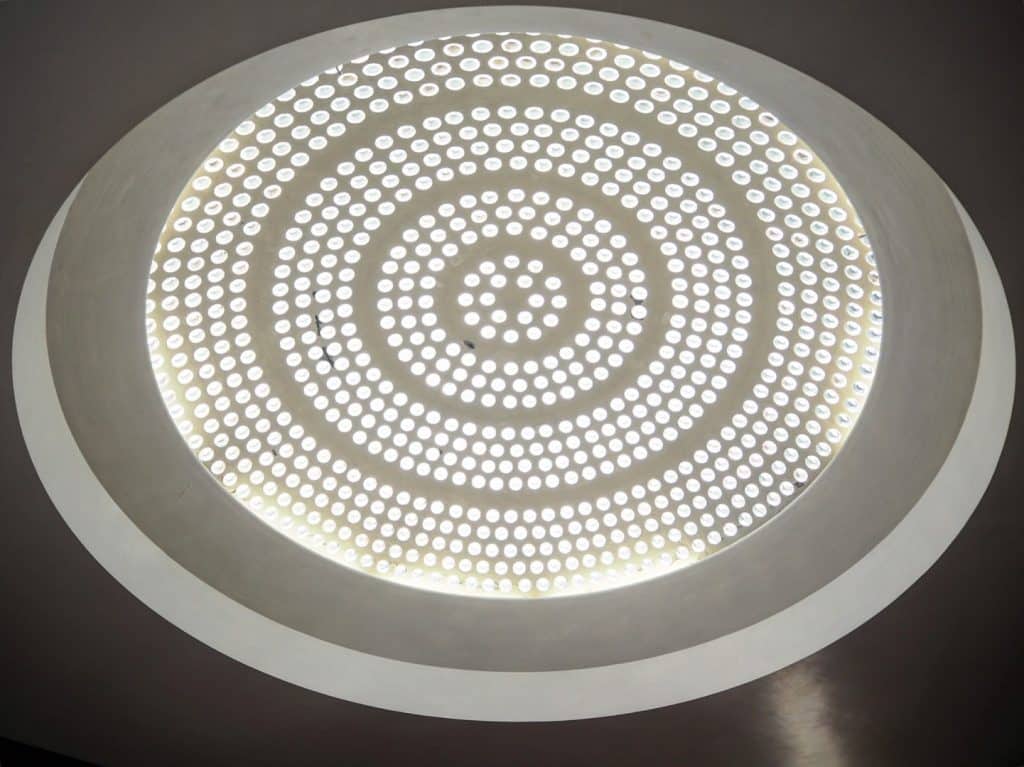 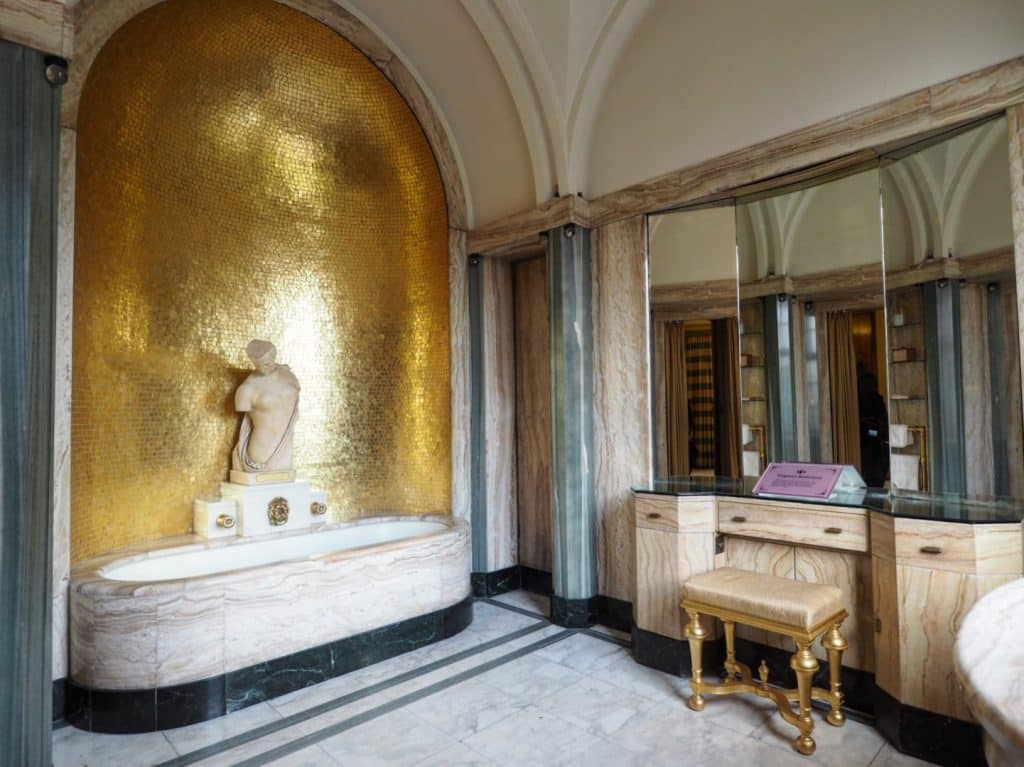 A perfect example of the luxurious taste of Virginia ‘Ginie’ Courtauld. This was her ‘Greek Temple’ style bedrooom, accessed through a circular, yellow room and close to her walk-in wardrobe.

Virginia Courtauld sounds like quite the character, someone I’d certainly love to meet (although not without trepidation!) Born in Romania, her mother was a peasant and her father was a wealthy shipping merchant. She rebelled throughout her years at a convent school, reportedly letting a mouse loose up a Nun’s habit and getting an elaborate snake tattoo up the length of her leg. She met Stephen Courtauld, part of the wealthy family who made their fortune in textiles (and yes, the same family who founded the Courtauld Institute of Art). Stephen was an introvert, the complete opposite of Virginia, but the pair fell deeply in love and – despite their personality differences – had a happy marriage, with shared interests in travel, art, culture and philanthropy.

The Courtaulds had a flair for the exotic and in 1923 Stephen bought Mah-Jongg, a lemur from Harrods for his wife. 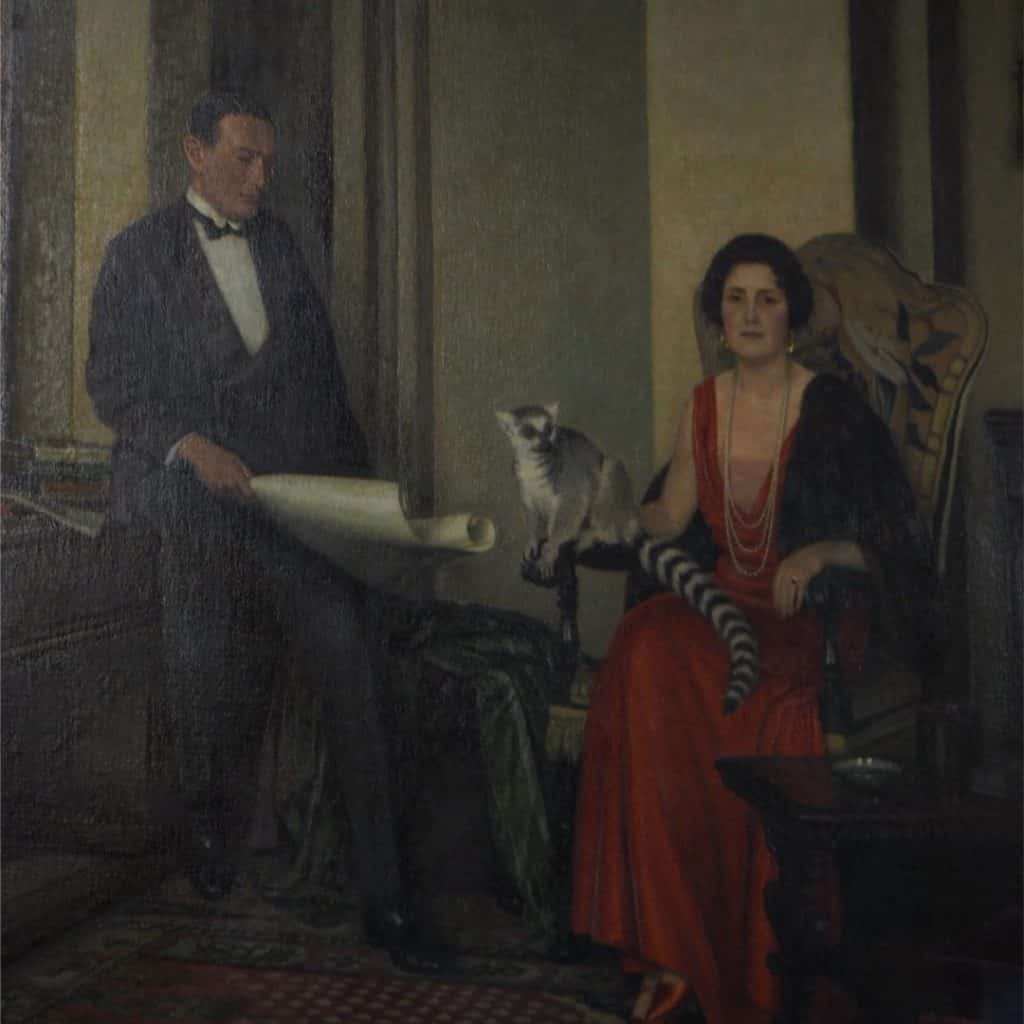 Pride of place in the family portrait.

When he wasn’t roaming the house he had his own centrally-heated cage, complete with hand painted mural… 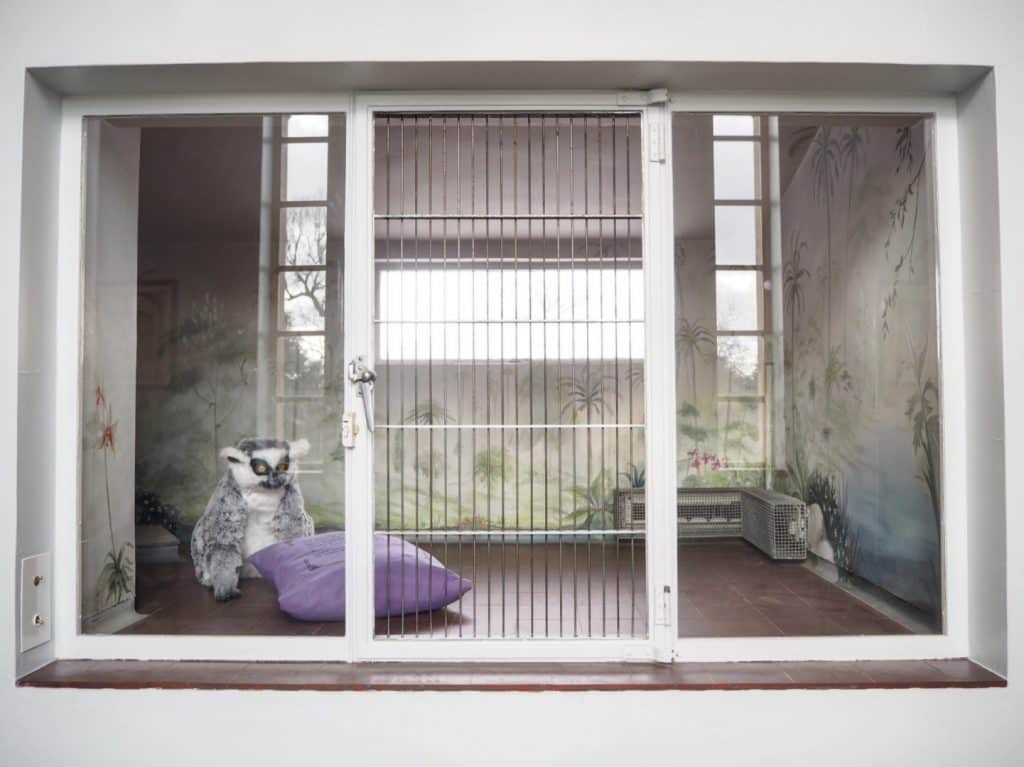 You get the sense that the Courtaulds were rather proud of their pet and you can spot Mah-Jongg hiding in decoration all over the house.

Just as you’re warming up to the 1930s Art Deco interiors, you arrive in the Great Hall.

Built by Edward IV in 1479, it’s one of the first examples of a hammerbeam roof with hanging pendants, designed by the King’s Master Mason; Thomas Jurdan.

The Great Hall was the most important room in any Royal Palace, used for banquets, celebrations, entertainment and important court business. The King or Queen would’ve sat at the raised, top table and King Henry VIII  – the last monarch to spend substantial time at Eltham enjoyed 10 Christmases here.

In the oriel windows at the end of the hall there are coats of arms from past owners of the Palace; Bishops Odo of Bayeux (who owned the manor of Eltham in Domesday book), Bek of Durham (who owned the manor and gifted it to King Edward II) then Kings Edward I, Edward III, Richard II and Henry VIII. They were designed by George Kruger Gray and installed in 1936

Royal Coat of Arms from Kings and Queens that spent time at Eltham are remembered in the stained glass. If you look closely you can also see the names of the workers that helped restore the hall in the 1930s

The Courtaulds loved to travel and weren’t afraid to flaunt their experiences in their interiors.

As you enter the Great Hall there’s also an exquisite Chinese Lacquer screen, made in the 17th century.

And, closer to home, Stephen’s bedroom has Kew Gardens-inspired wallpaper. 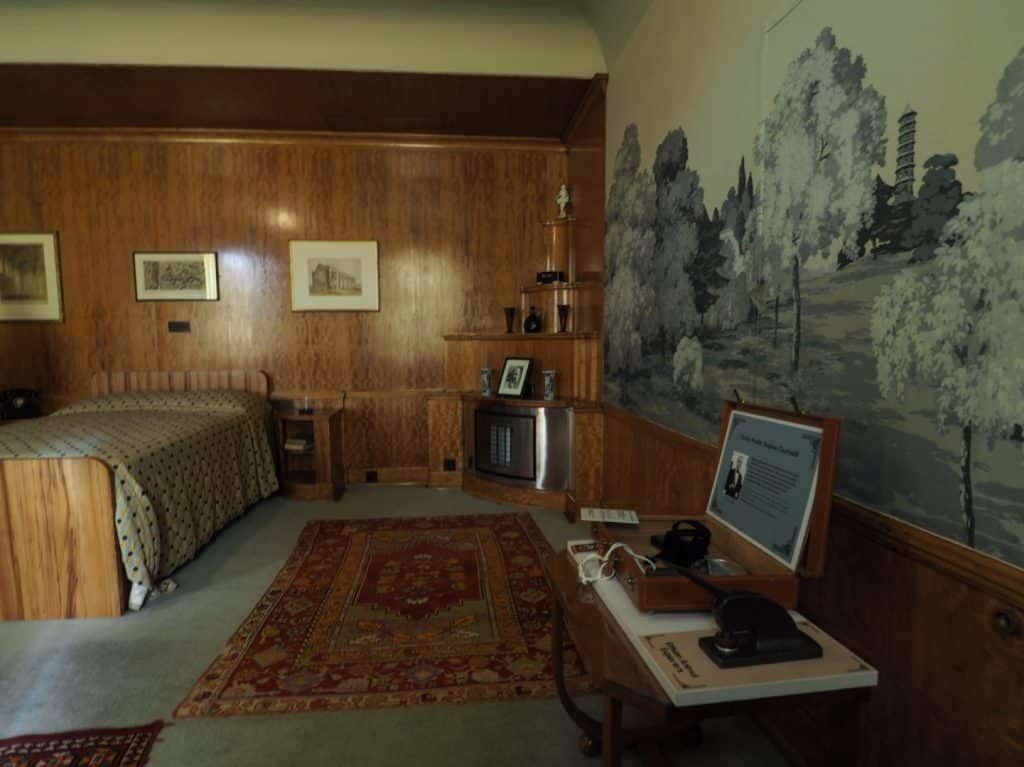 But there was one thing that the Courtaulds didn’t fork out for… The telephone bill. For external calls you could use the discreet pay phone, located off the entrance hall!

The Cafe and Gardens

As well as the house, if you still have the energy there are 19 acres of gardens to explore…

And is any English Heritage site worth visiting without a decent cafe?! This has to be amongst the loveliest ones I’ve seen, especially on a sunny day. 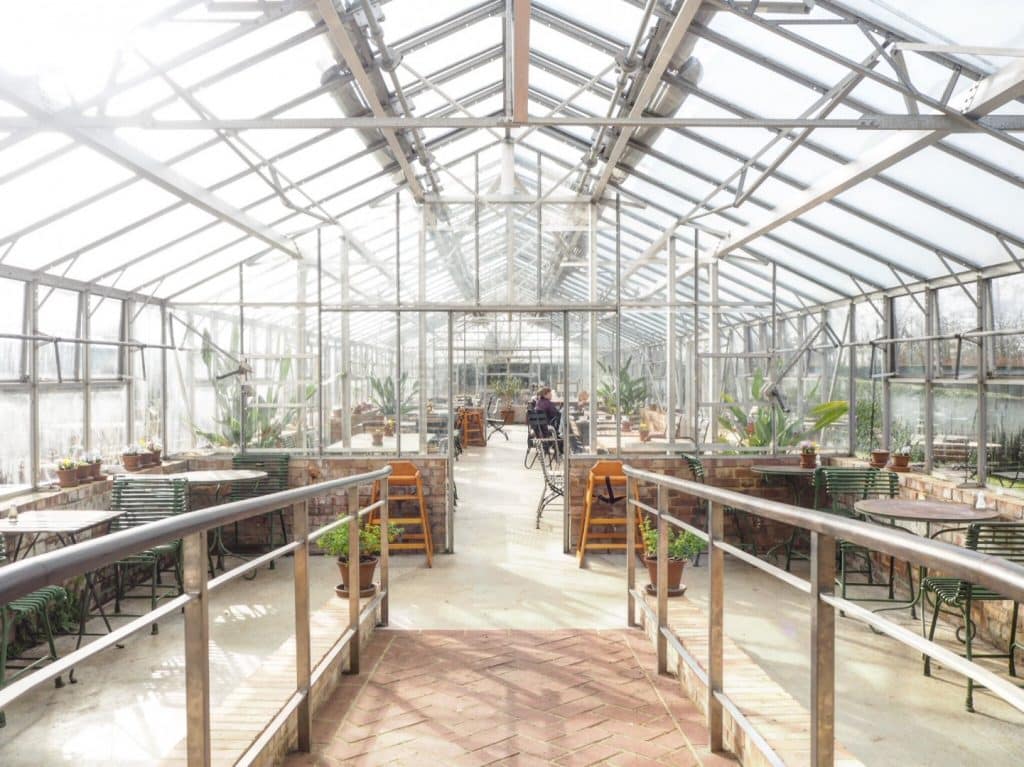 Find out more and plan your visit to Eltham Palace here.