This animated little monument is probably my favourite sculpture in London. It’s Fenner Brockway (1888-1988) and you can find him in Red Lion Square, Holborn. 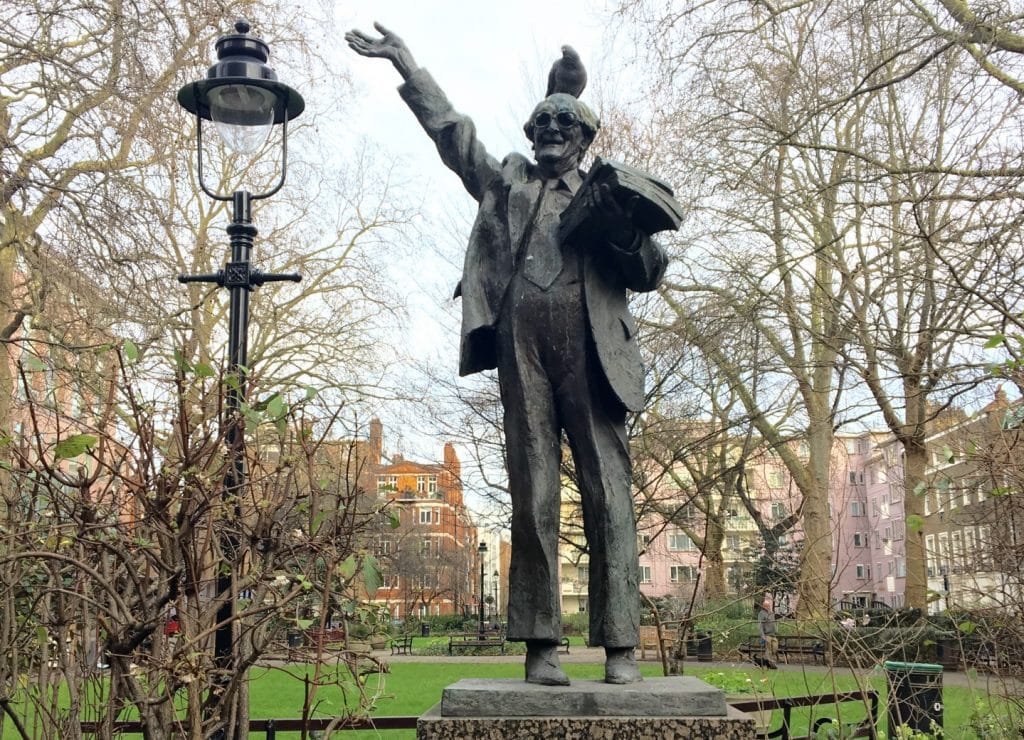 Brockway was a liberal turned socialist and spent most of WWI in prison; arrested for being a pacifist. Before and during the War, pacifists or conscientious objectors, were often handed white feathers by girls in the street as a sign of cowardice. It was said that Fenner used to proudly proclaim he had enough white feathers to make a fan.

After the war he campaigned for India’s independence but when WWII broke out he rethought his pacifist position and supported Britain’s involvement. After the war he became a labour MP and continued to campaign for colonies’ independence, he also formed the charity War on Want. Whatever your politics you have to admit this is a contender for the happiest sculpture in London.

There also something unusual about his Plaque in Islington. It’s one of very few to not have an end date, because he was alive at the time of its unveiling. 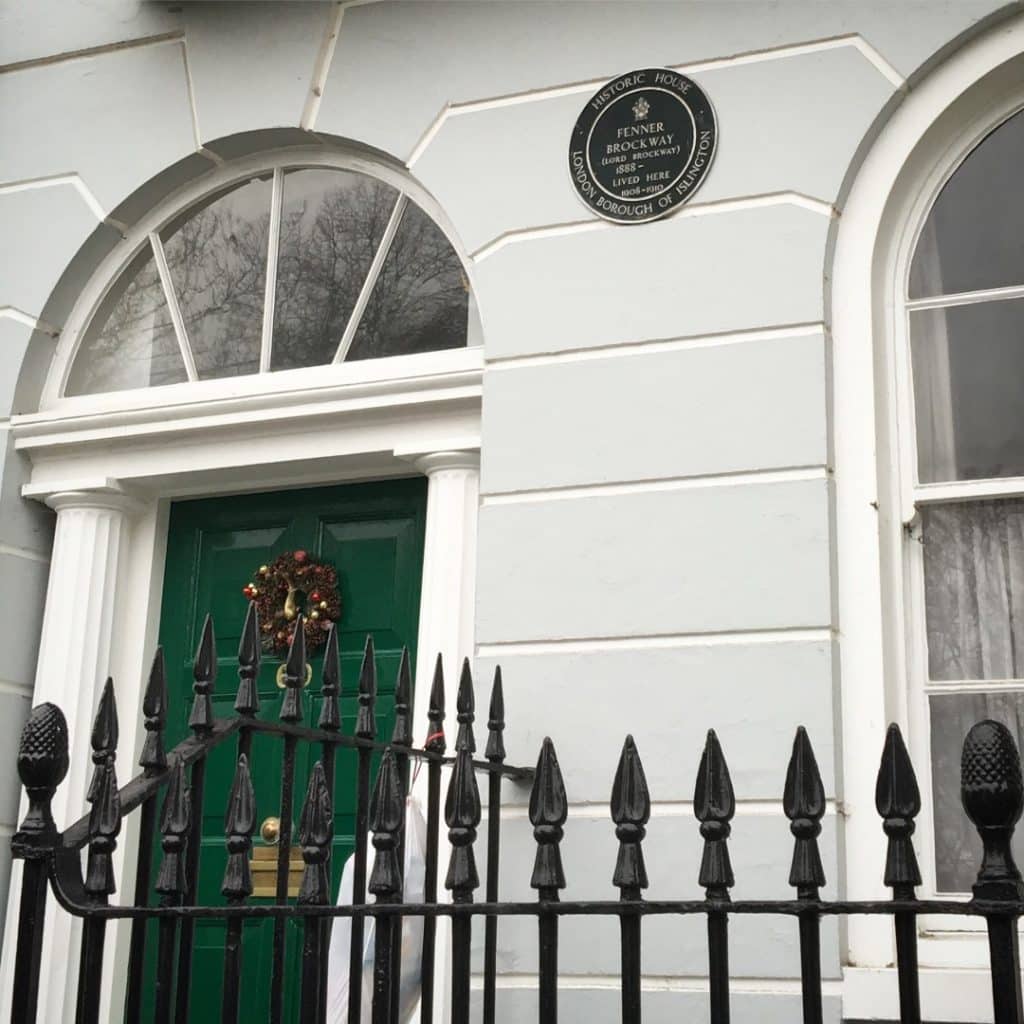