in London, Things to do in London
3 Comments

You probably already know that London is almost 2,000 years old. But the thing is, most of the time it doesn’t look it. So where does one find that ancient London history?

For this post I asked fellow London history lover and creator of the ‘Uncovered London’ App, Mark Milligan to share some highlights of London’s ancient history.

The first major settlement on the site of today’s London was a Roman port known as Londinium, established around 43AD.

It grew into the capital of the Roman province of Britannia and therefore needed to be protected.

The Roman fort of Londinium was built around AD120, just north-west of the main population settlement in what is now the City of London. It covered an area of 12 acres and could house up to 1000 men. As Londinium grew, the fort was later absorbed into the defensive wall that surrounded the city.

It wasn’t all walls and armed defences though, there’s evidence of a softer side to Londinium.

Dating from around 2nd-3rd century AD, the remains of a bathhouse were discovered in 1848 during the construction of the London Coal Exchange. 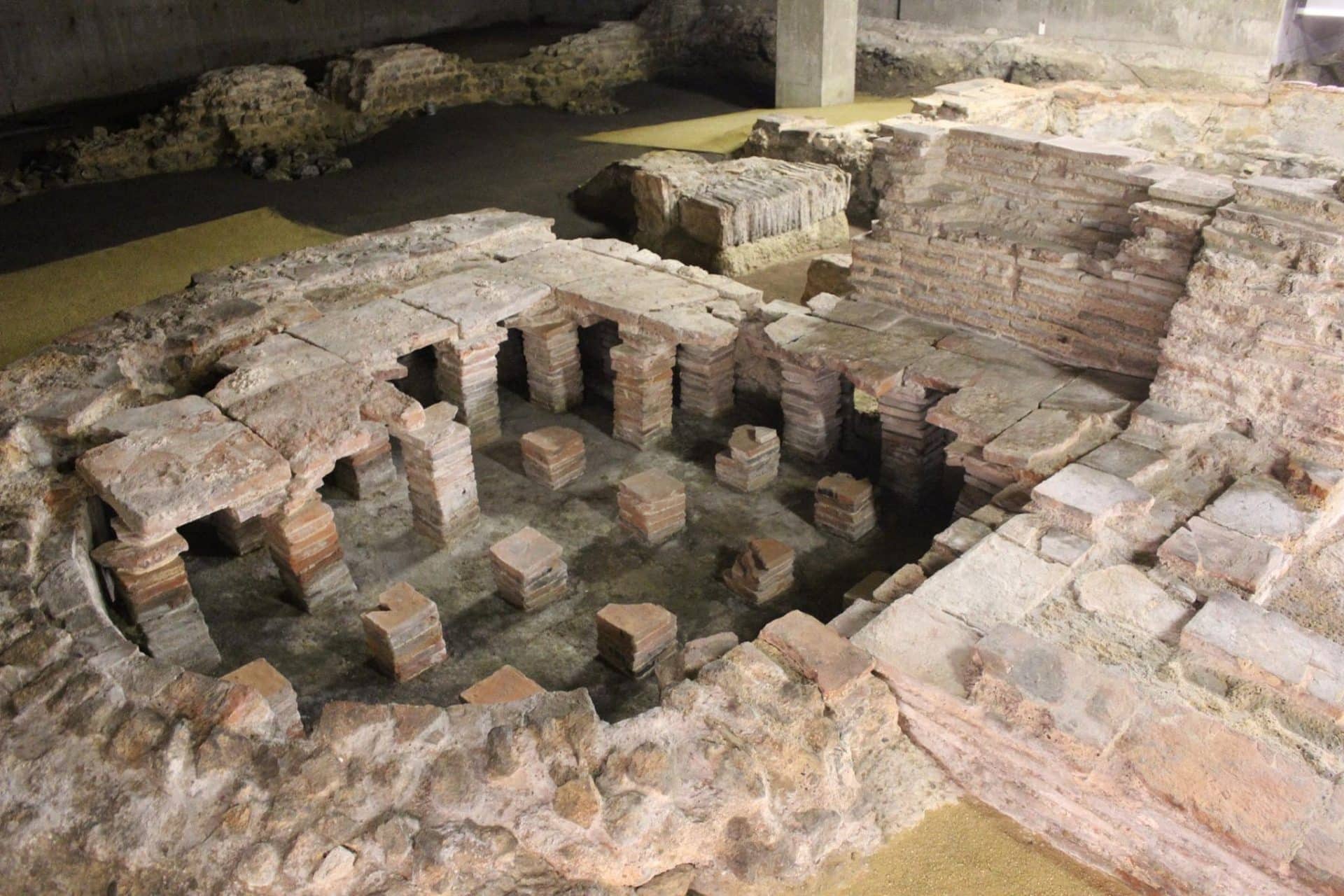 Pottery has shown that the house was erected in the late 2nd century, comprising of a north wing and east wing around a central courtyard. It even had a hypocaust system; underfloor heating! Something that wouldn’t return to London for at least another 1,600 years

The City of London run regular tours of the Billingsgate Bathhouse and you can book here.

In 410 AD the Romans abandoned London, distracted by the collapse of their Empire across Europe. This meant poor old Londinium was left to ruin.

Filling the gap left by the Romans was the Anglo-Saxons, Germanic tribes that arrived in Britain from the 5th century AD.

Although the City was ignored, by the 7th century, an Anglo-Saxon boom town called Lundenwic grew up in the Covent Garden area. It was an important trading hub, but often attacked by Viking invaders.

A sort of peace was formed by Alfred the Great who led the Saxon forces in victory against the vikings in 878 AD. England was divided into sections but Alfred reestablished the City of London.

The present day Guildhall is impressive enough, but what’s hiding underneath is extraordinary. 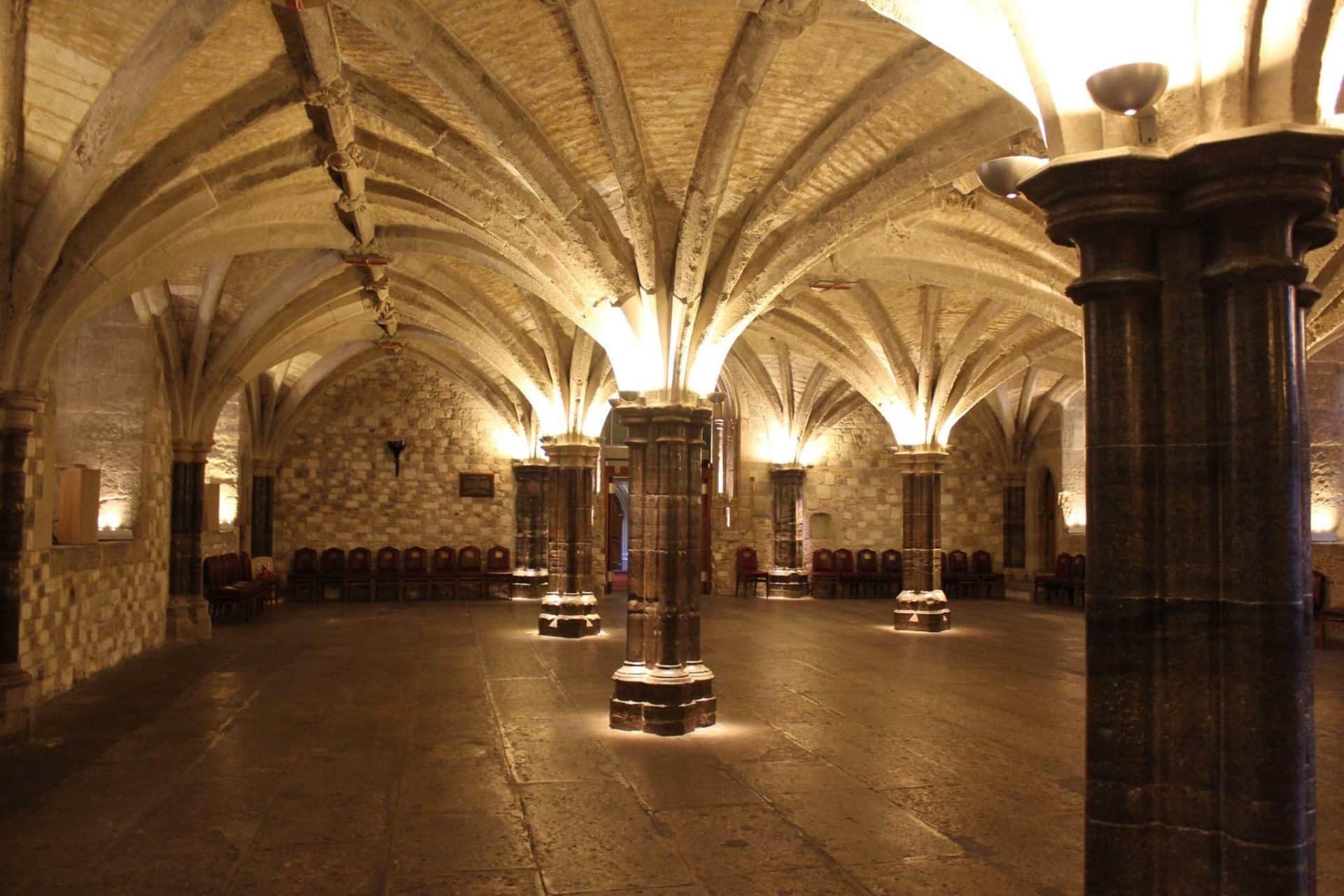 The largest medieval crypts in London, the East crypt dates to 1042.*

*Small caveat to this though, it was sadly destroyed in the Great Fire of London and later renovated.

The one date that most English people know is the Battle of Hastings, 1066. This was when William Duke of Normandy conquered England and claimed the throne.

He kickstarted an impressive building project to consolidate his power, the most famous of which is the Tower of London’s central ‘White Tower’ (1078).

But a more unusual 11th century relic can be found in Colliers Wood.

Merton Priory was an English Augustinian priory founded in 1114 in Merton by Gilbert Norman, Sheriff of Surrey under King Henry I (reigned 1100-1135). 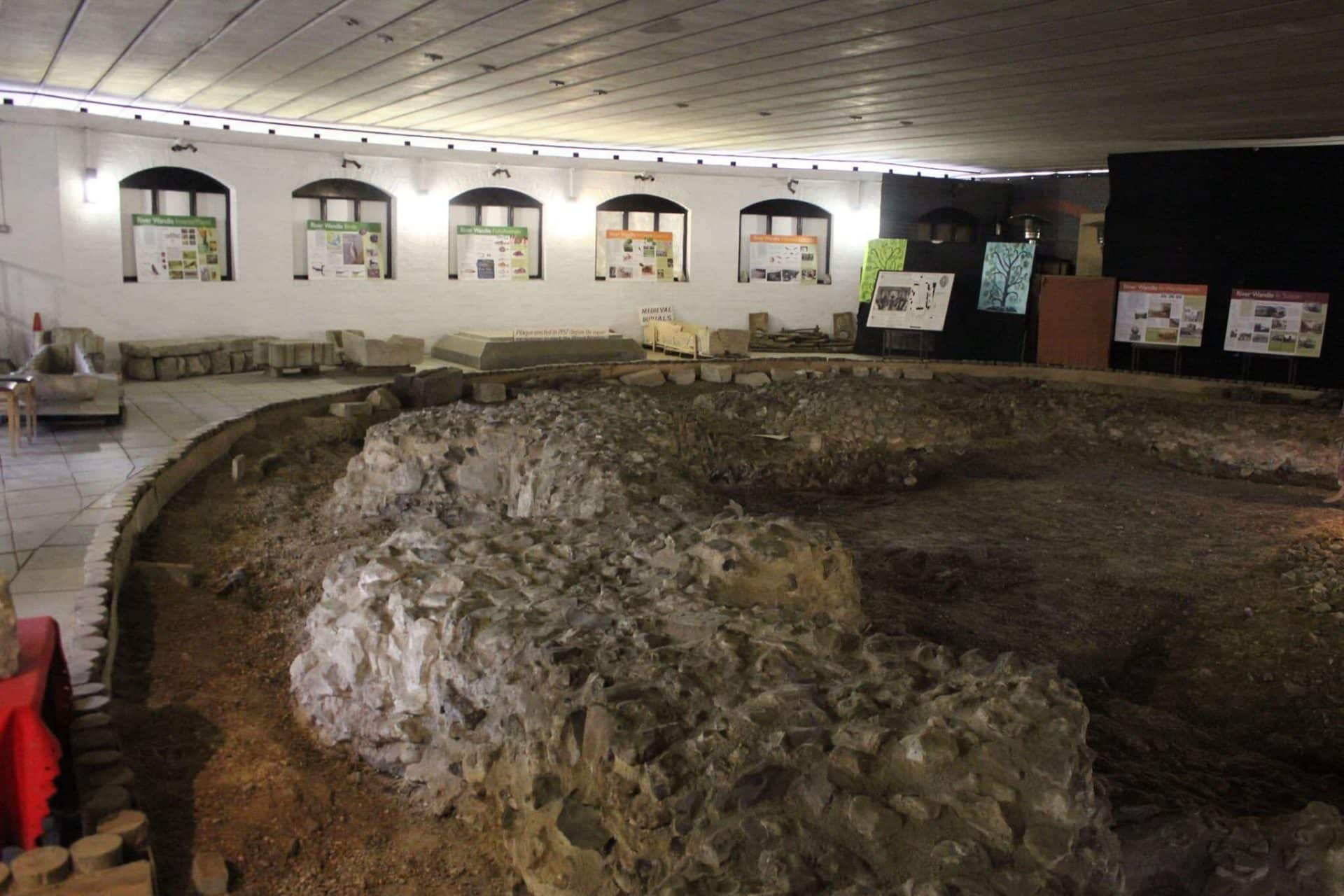 Thomas Becket is believed to have studied at Merton which became a centre for religious learning until the dissolution of the  monasteries by Henry VIII.

Technically speaking ‘Medieval England’ covers 1066 – 1435, so I suppose the following could be classed as Late Medieval.

Tucked away in a tiny alley near Fleet Street lies the remains of Whitefriar’s Crypt, the last surviving remains of a 14th-century priory belonging to the Carmelite order, also known as the White Friars.

During its heyday, the priory covered an area that spread from Fleet Street to the banks of the River Thames. Like many Catholic sites, the friary was dissolved by Henry VIII during the reformation in 1538.

These examples are from Uncovered London App. If you want to explore hundreds more London sites, from Roman walls to Victorian catacombs and WWII fortifications, you can download it on IOS or Android here.

This wasn’t a paid partnership or advert, I just enjoy the app myself and think that you guys will like it too!

All photos used in this post are copyright Markus Milligan, Uncovered London