Inside The Foundling Museum

in London, Look Up London, Quirky Museums, Things to do in London
2 Comments

The Foundling Museum tells the story of the UK’s first Foundling Hospital, an orphanage established in 1739 as a way of dealing with the rising numbers of abandoned babies.

Throughout 18th Century Europe abandoned children were not unusual. However in most countries the Catholic monasteries cared for them. It is estimated that around 1,000 babies a year were abandoned in London and the local parishes couldn’t cope.

Background to the Museum

When leaving their children, Mothers were encouraged to ‘affix on each child some particular writing, or other distinguishing mark or token, so that the children may be known thereafter if necessary’ 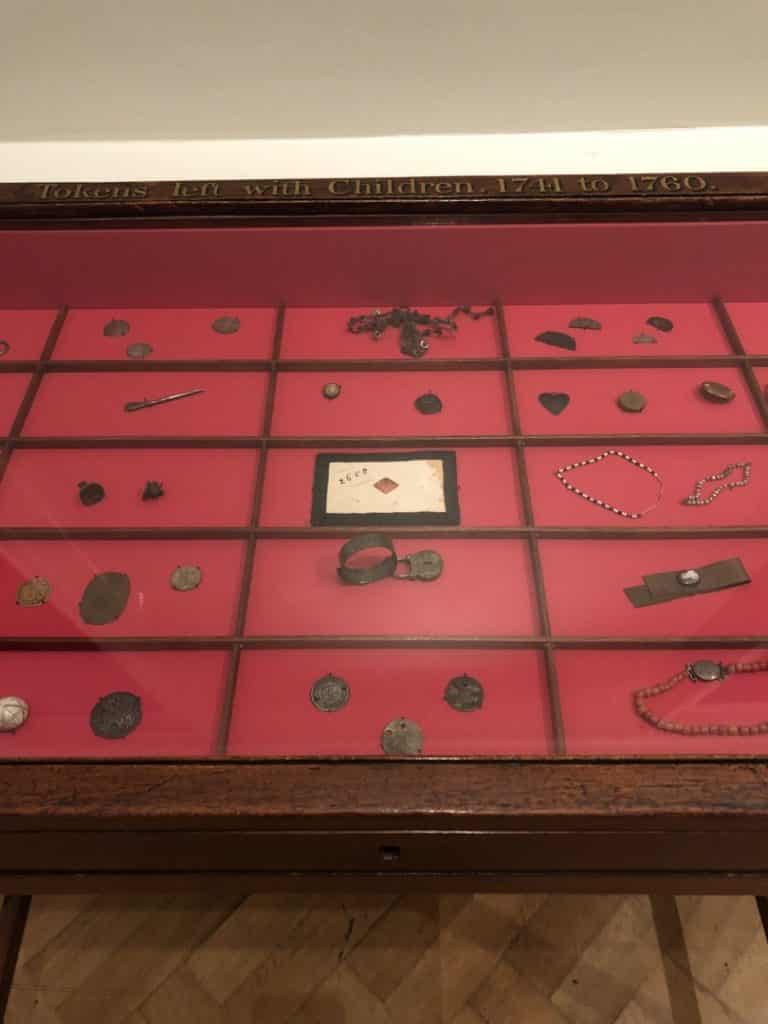 These humble objects are some of the most poignant objects in the museum’s collection. They were wrapped in a billet and sealed with the information, meaning the children never saw the tangible connection to their mothers and very few Foundlings were ever claimed.

You can read more about these tokens and the nearby artwork they inspired here.

Who had the idea?

It was the brainchild of this man; 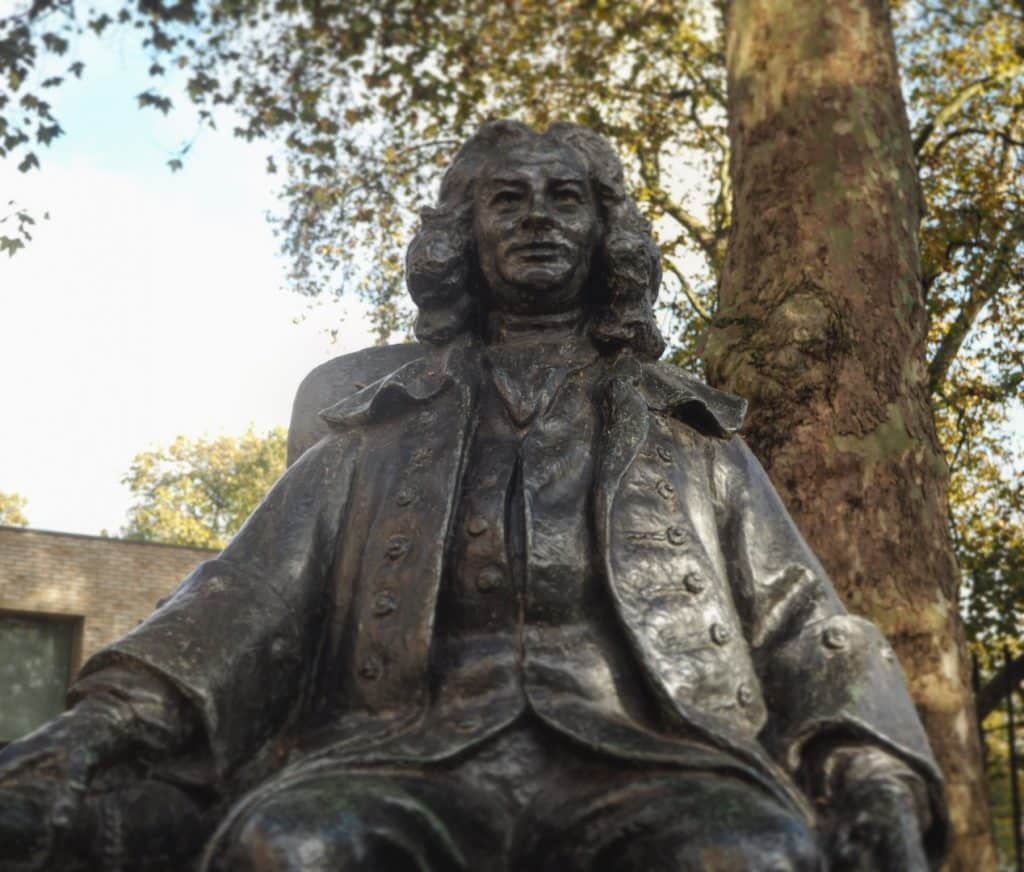 Philanthropist Thomas Coram set up the Foundling Hospital. But its success was dependent on collaborating with the most celebrated artists and musicians of the day, namley William Hogarth and George Frederic Handel. 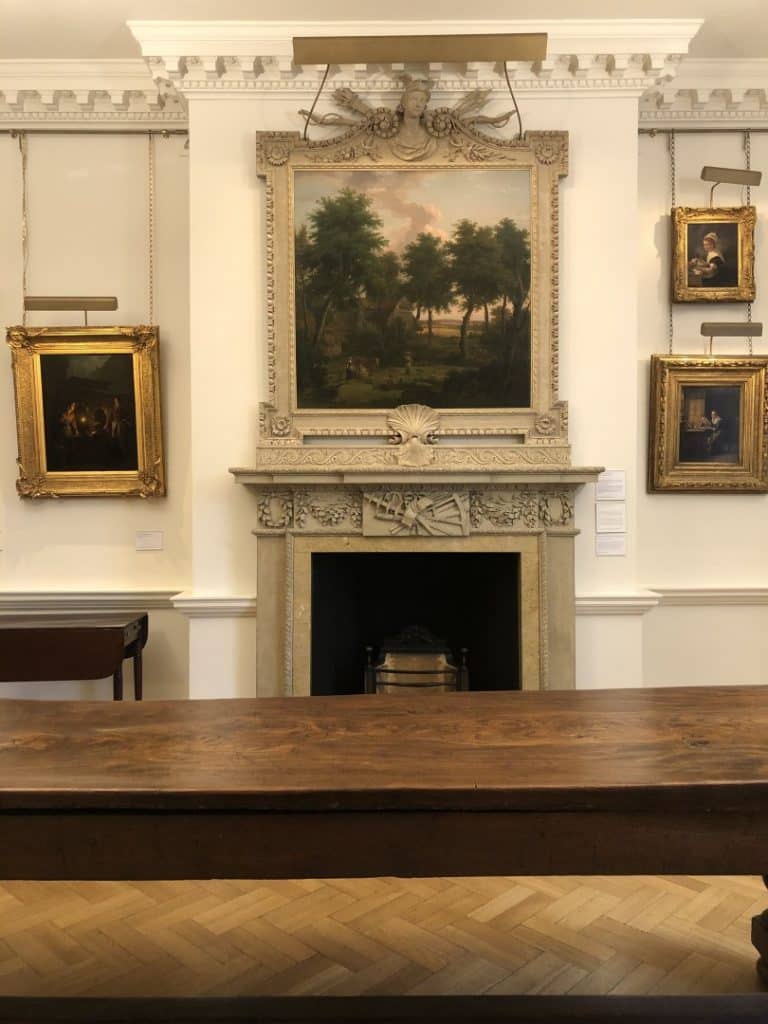 It must’ve also helped that some of the spaces are jaw-dropping. Although the museum building itself is a 20th century building, it contains interiors and furniture from the original 18th century hospital. 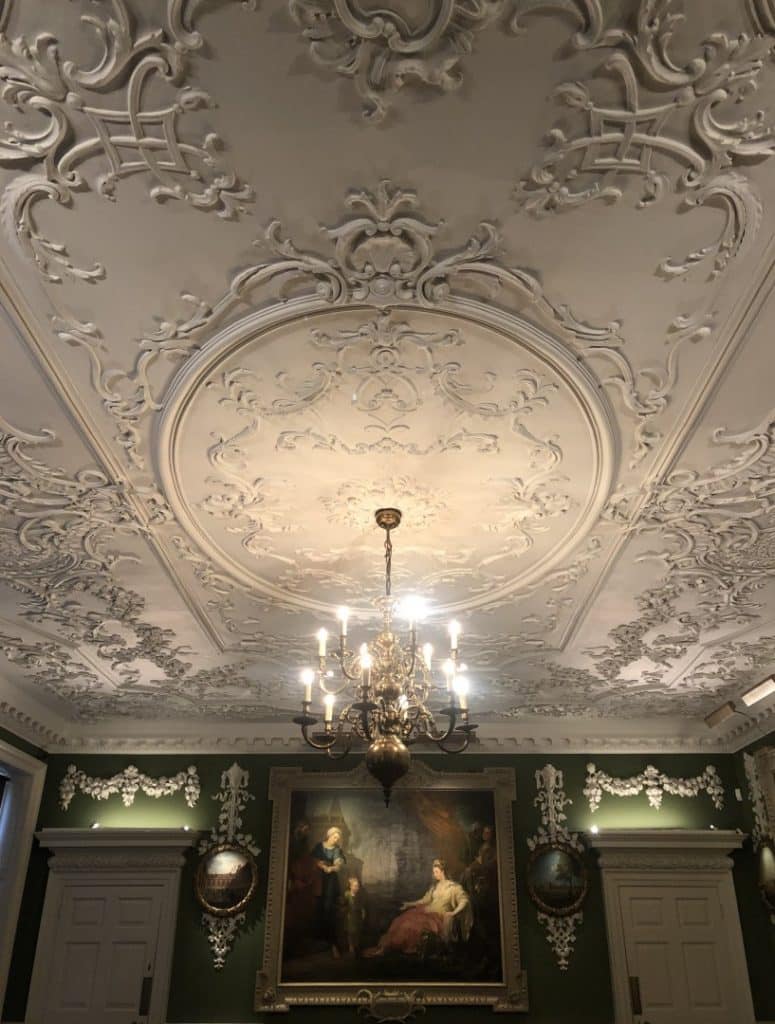 The is the Court Room; one of the finest surviving Rococo interiors in London.

On the theme of creativity, William Hogarth even offered to design their coat of arms (completed in 1747). 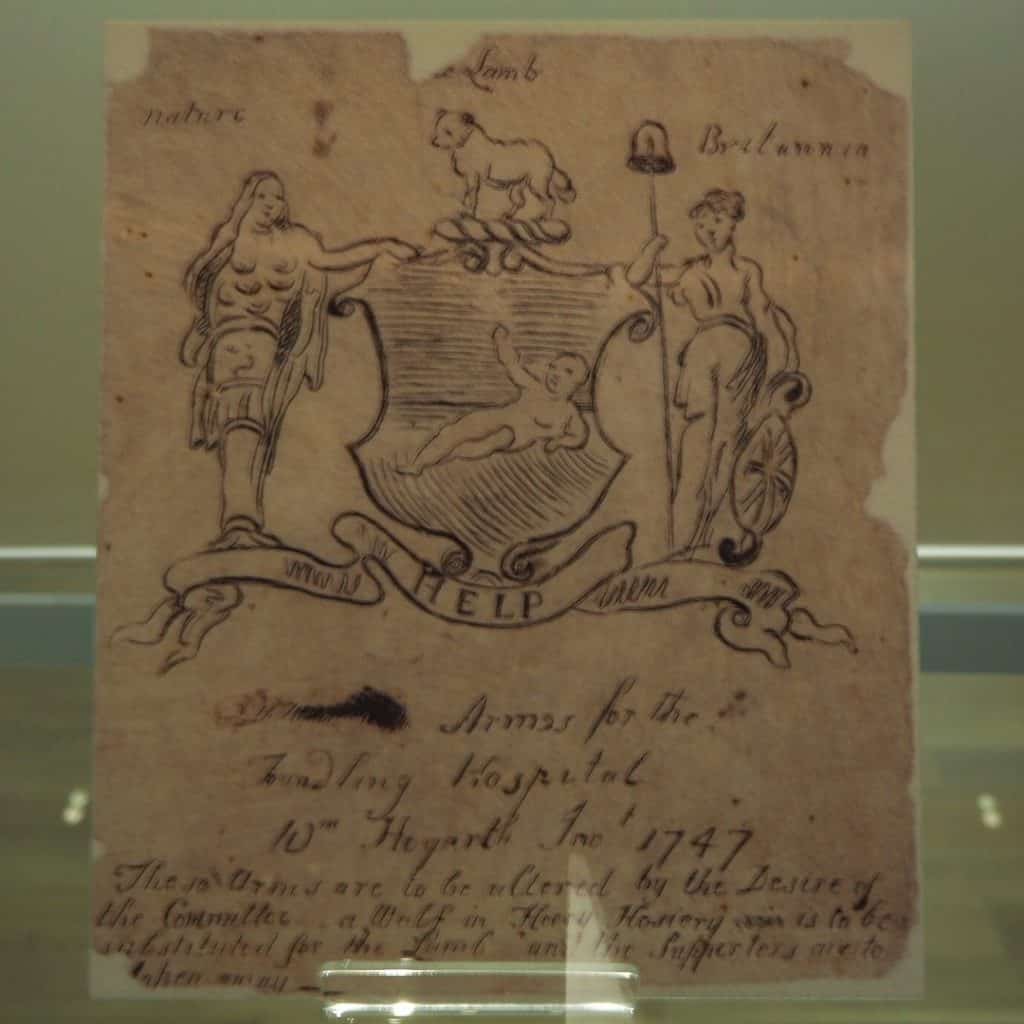 And Handel directed a performance of his Messiah on 1 May 1740. It went so well that he was invited to be Governor of the hospital the next day and performances continued through the hospital’s history, becoming popular fundraisers as well as entertainment for the children. 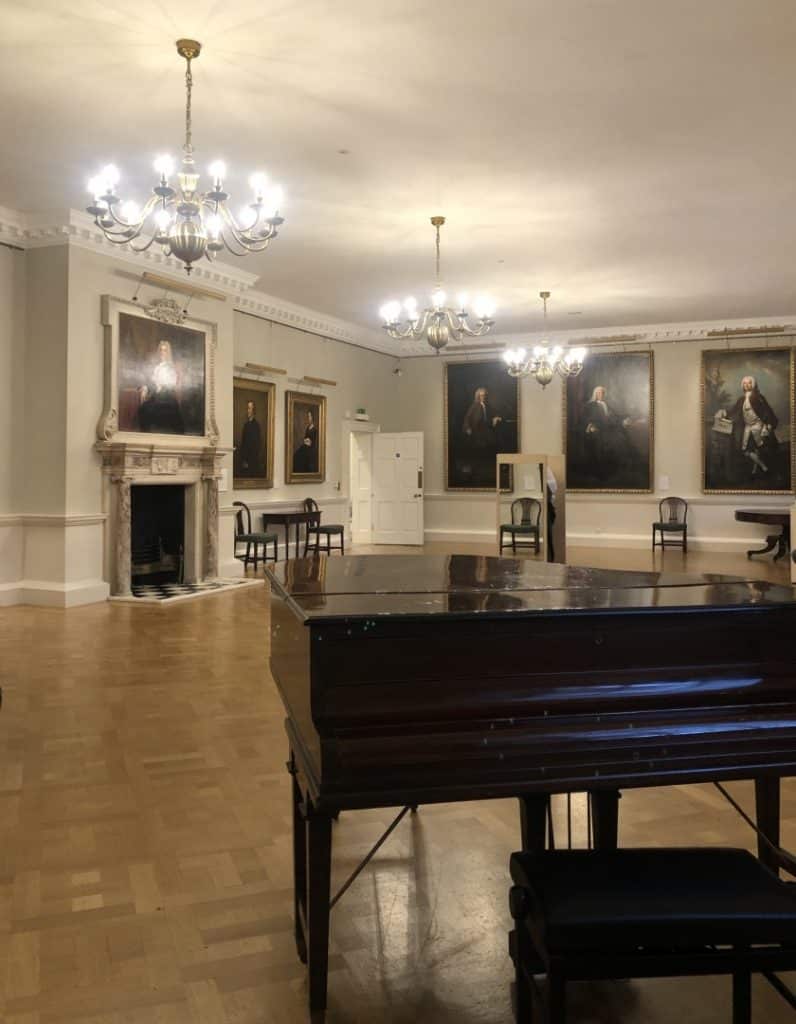 The Foundling Museum still has strong connections with artists today. It’s a welcome surprise to enter an 18th century building and see a range of changing contemporary art. 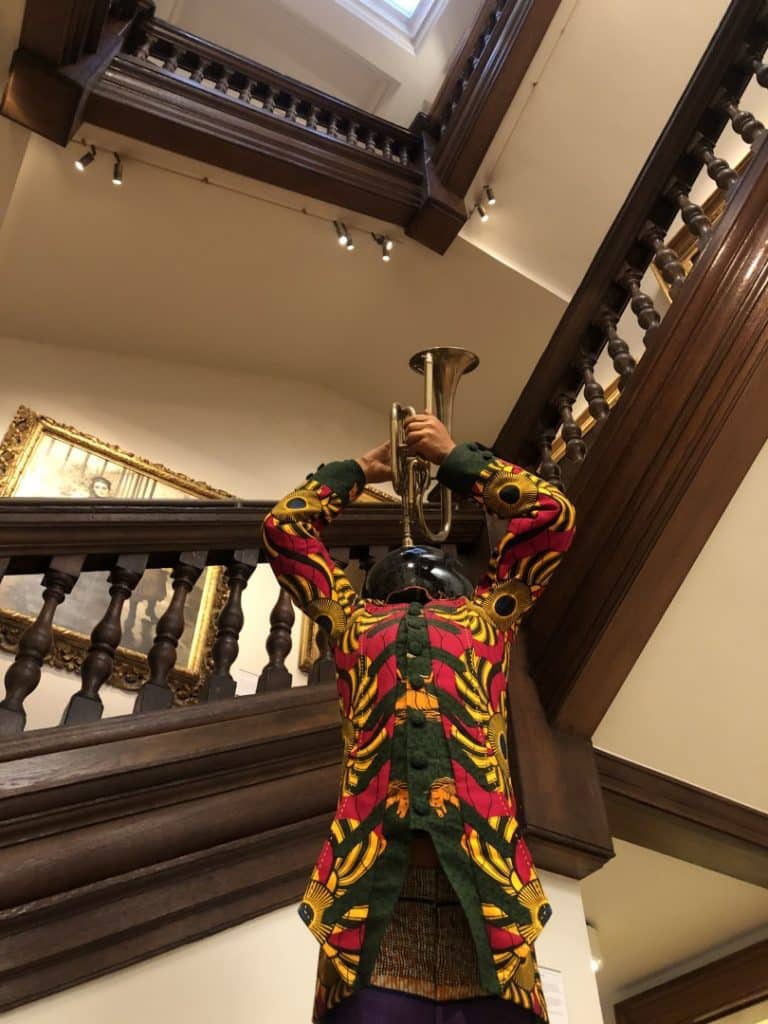 ‘Trumpet Boy’ is a take on the hospital’s aim to educate children, providing them with a skills for later life. He’s dressed in Victorian clothes made from his signature African-inspired cloth, and the head is actually a celestial globes where the stars are black musicians. 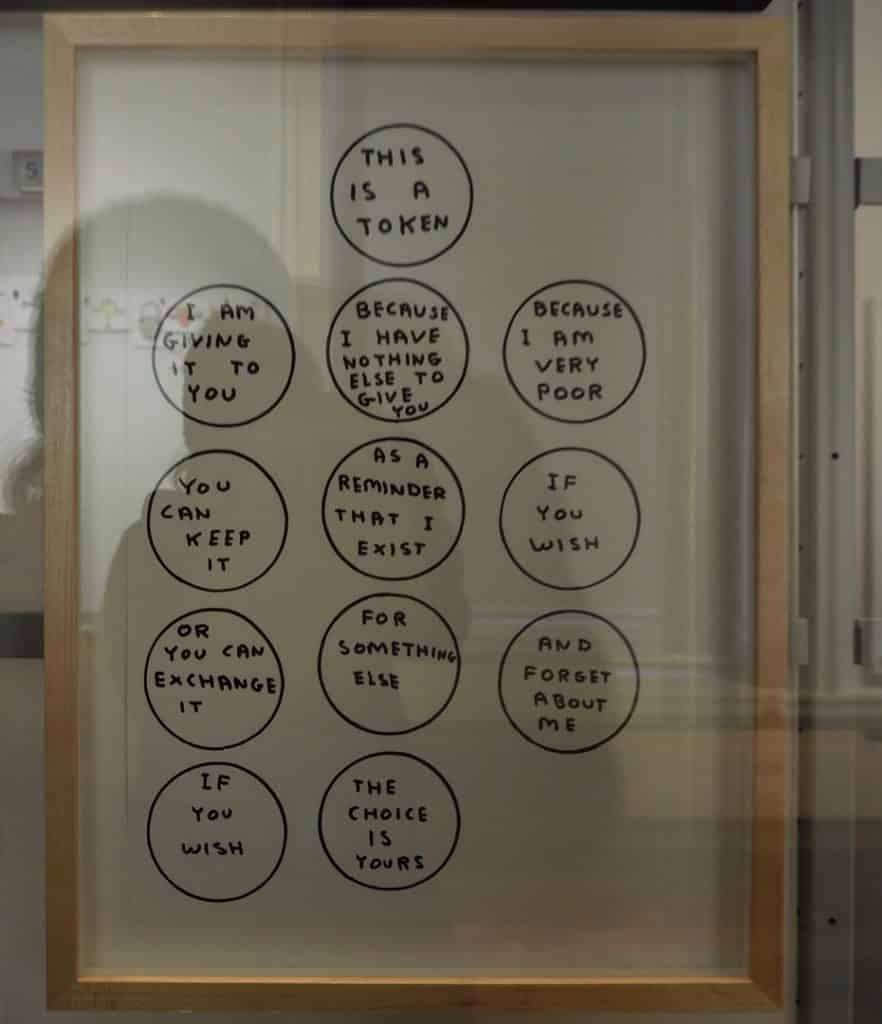 Untitled (This is a Token) 2012, is Shrigley’s contribution. 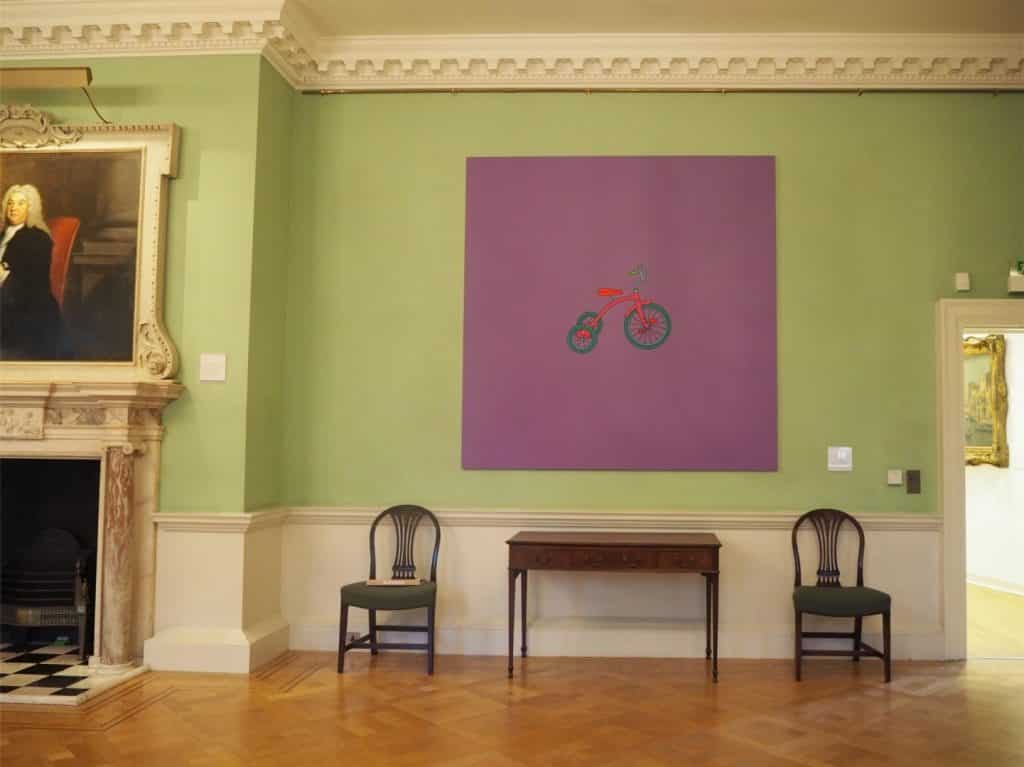 In his patented bright block colours, Craig-Martin shows a child’s tricycle, contrasting with the grand room.

but my favourite piece is outside the entrance.

It’s so subtle you could easily miss it and it’s unusually sentimental for Emin’s usual irreverent work. 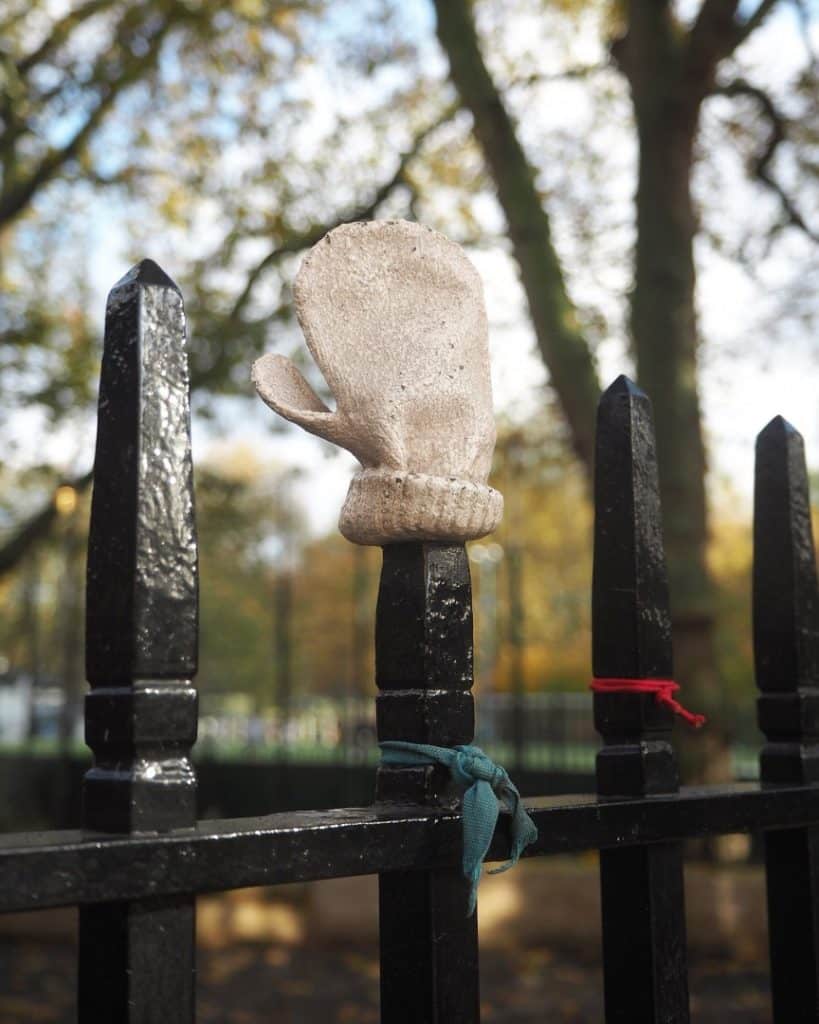 A tiny bronze cast of a child’s lost glove sits – left behind – on a railing of Coram Fields. Poignant and understated, I found it pretty emotional.