Move aside David Shrigley’s big thumbs up. We have a new fourth plinth artwork in town. The work by Michael Rakowitz is politically charged and sure to provoke debate. So what’s it all about? 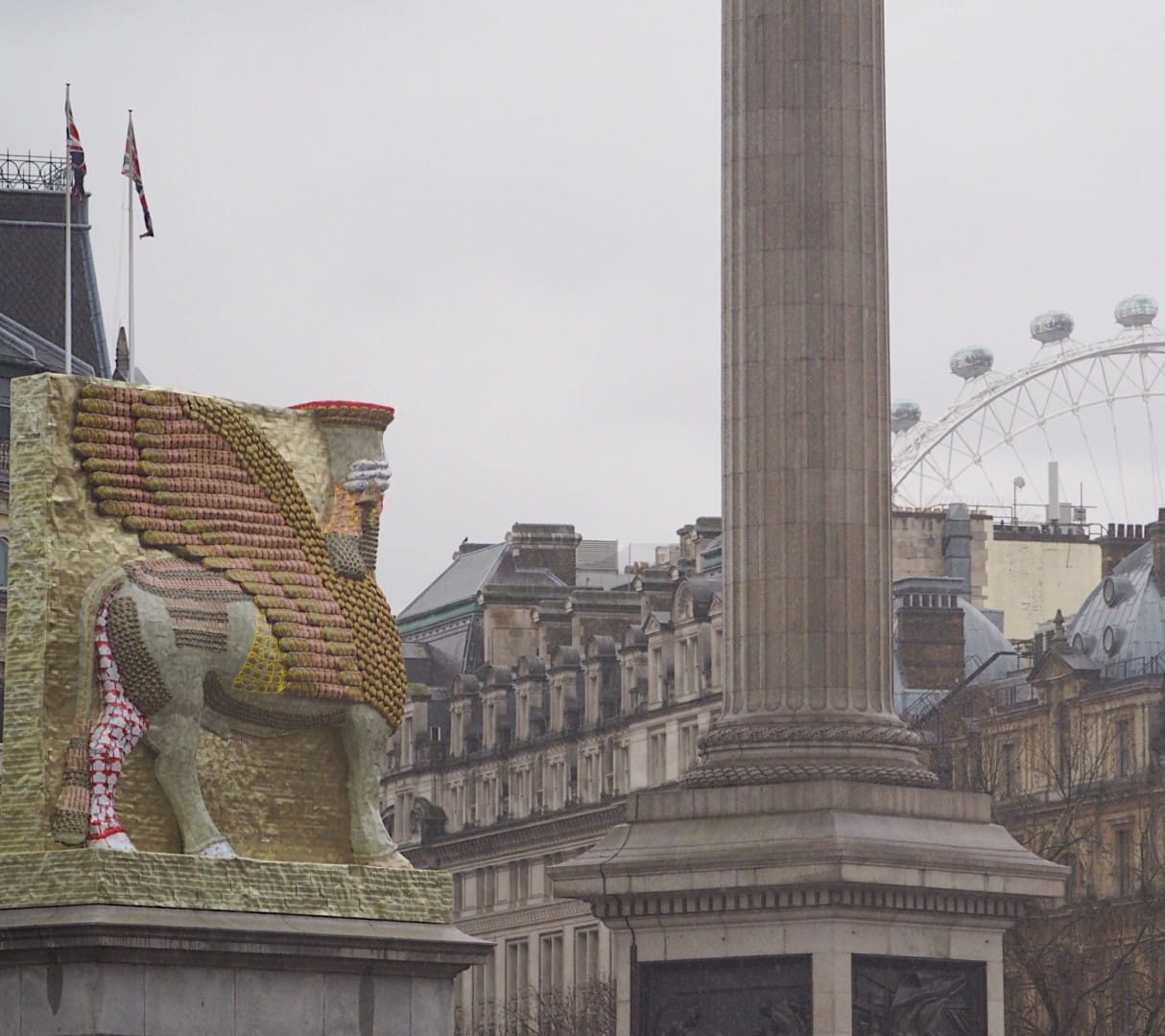 Situated in one of London’s most iconic spots, the fourth plinth in Trafalgar Square has been reserved for contemporary art since 1999. Often the work is politically charged and Rakowitz’s “The Invisible Enemy Should Not Exist” has an intriguing story to tell. 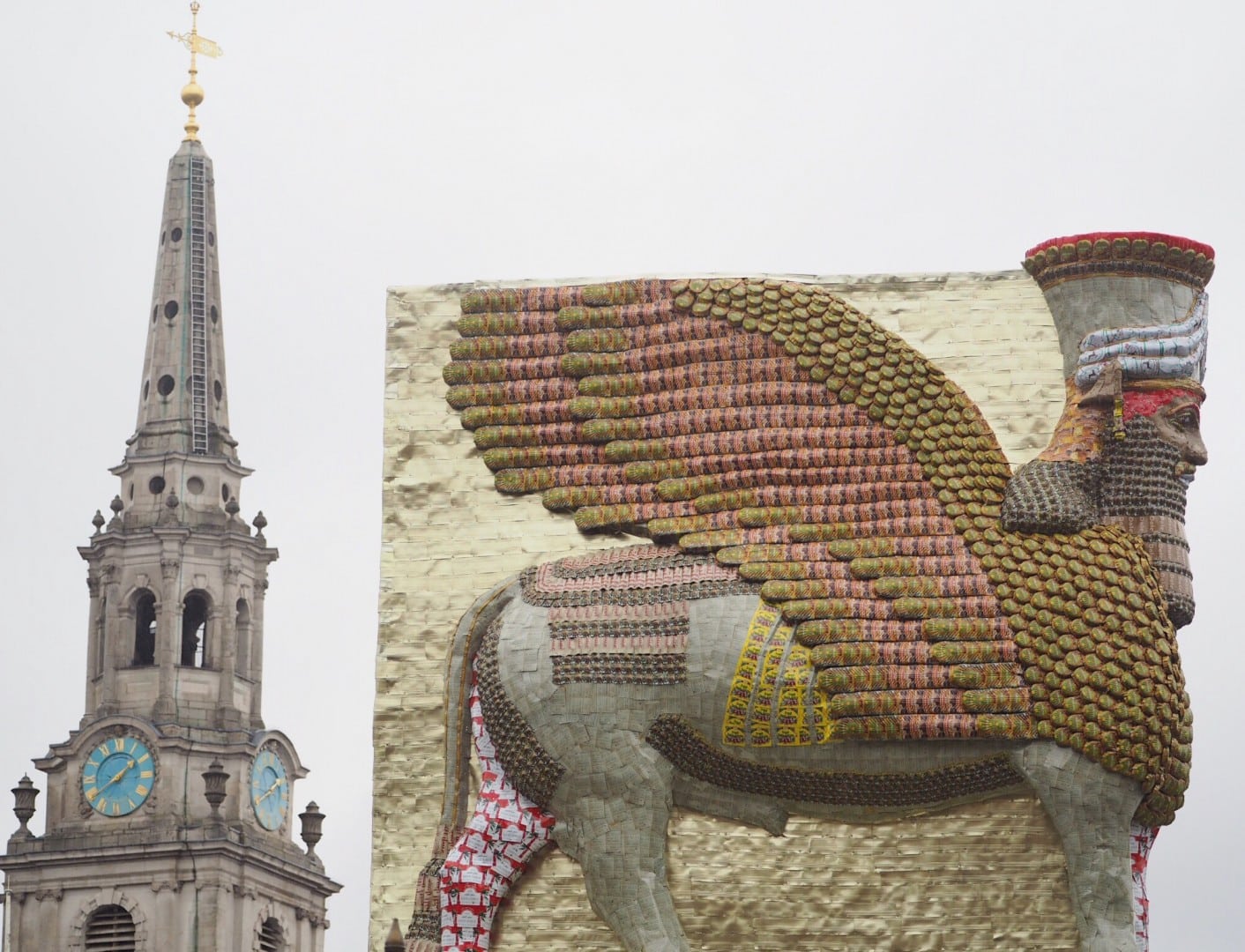 Part bull, eagle and man, our subject is a Lamassu. These protective deities stood at gateways around Assyrian palaces across Mesopotamia (Modern-day Iraq c.700BC) 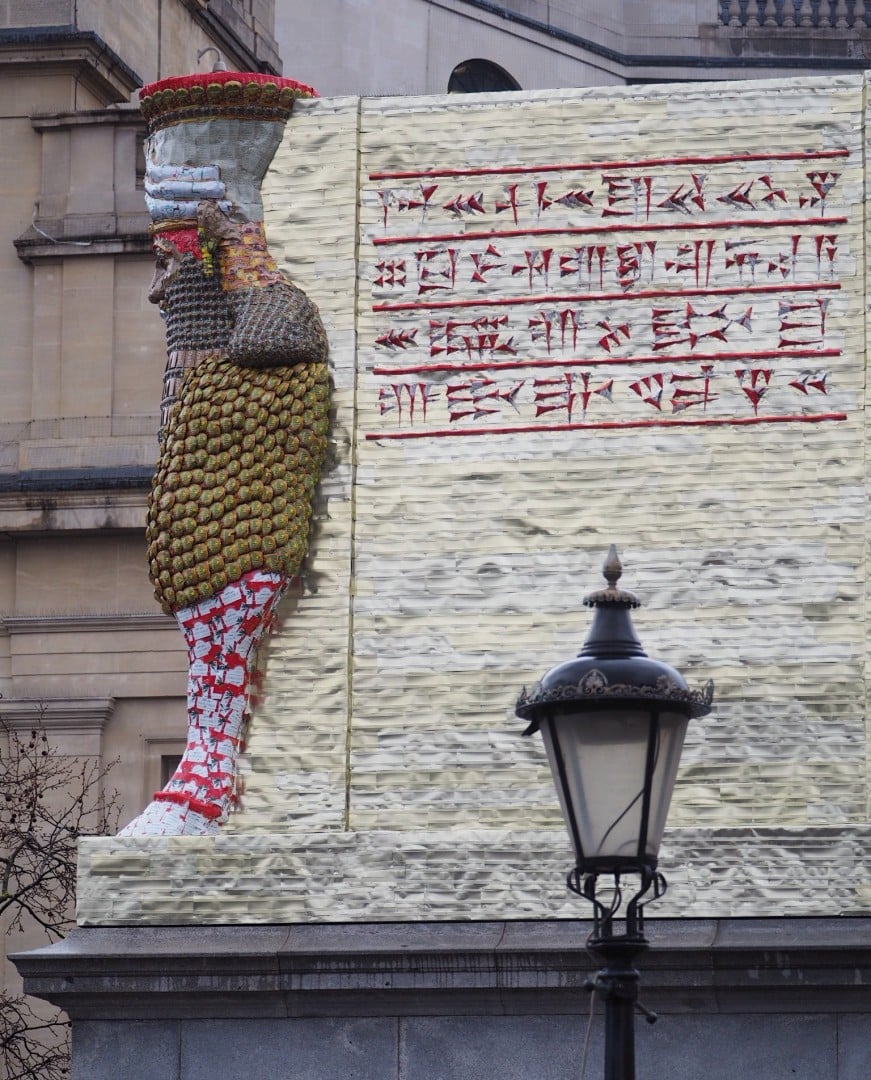 It reads “Sennacherib, king of the world, king of Assyria, had the inner and outer wall of Ninevah built anew and raised as high as mountains.”

Rakowitz chose the subject in response to ISIS bombing and destruction of priceless archeological artefacts across The Middle East since 2006. Specifically, this piece is a replica of a Lamassu in Ninevah, near present-day Mosul, which ISIS destroyed in 2015. 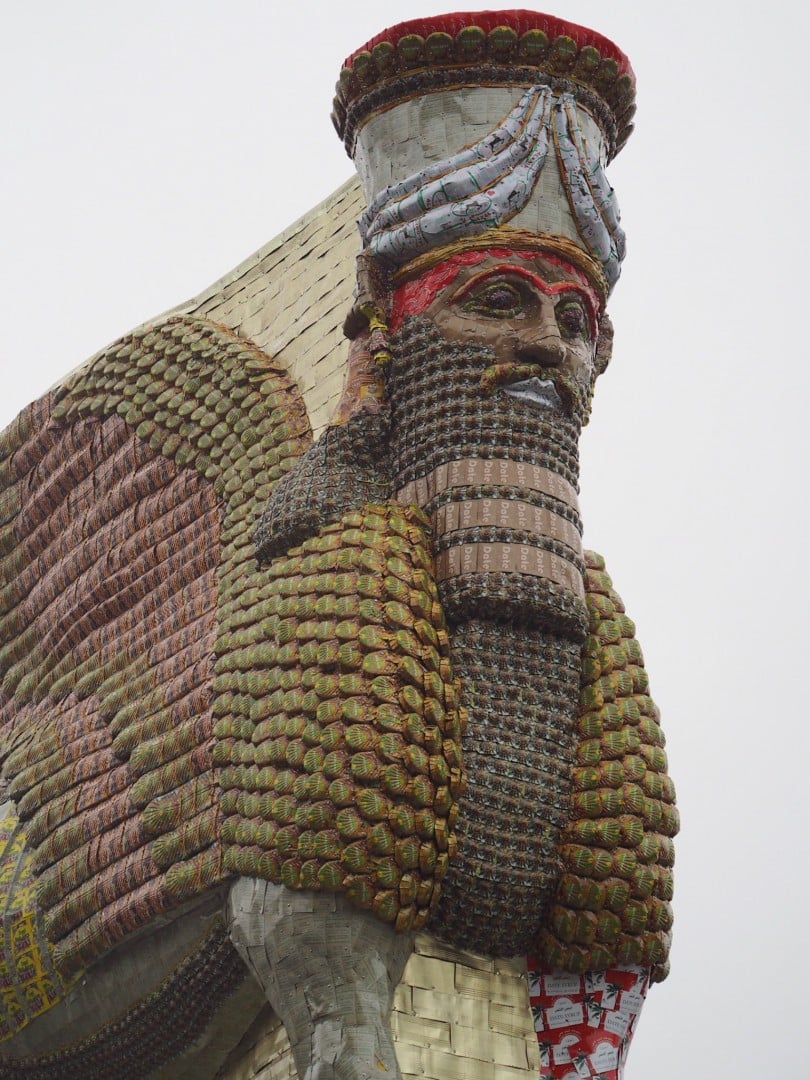 But look closer and you notice it’s made from an unusual material. 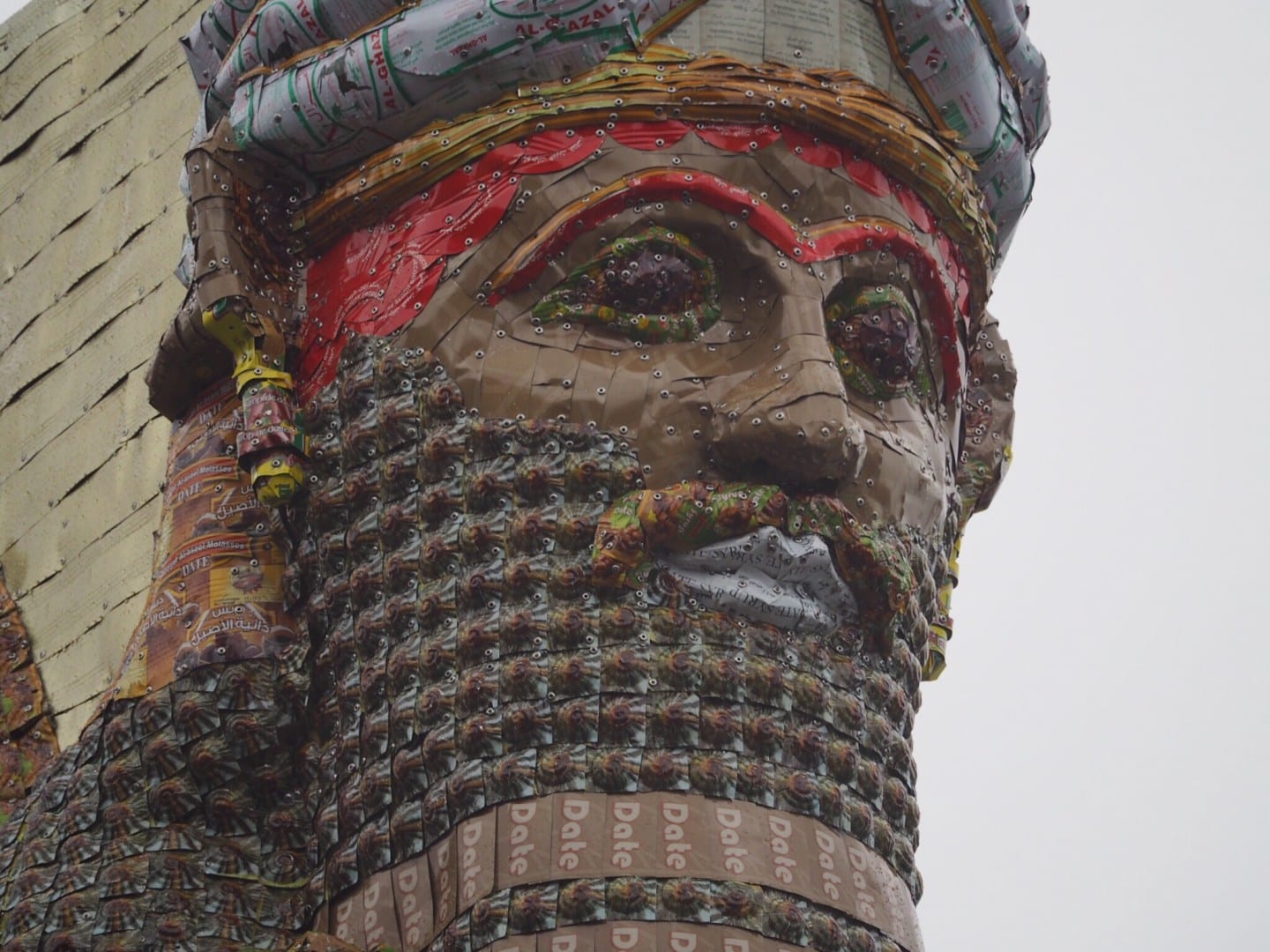 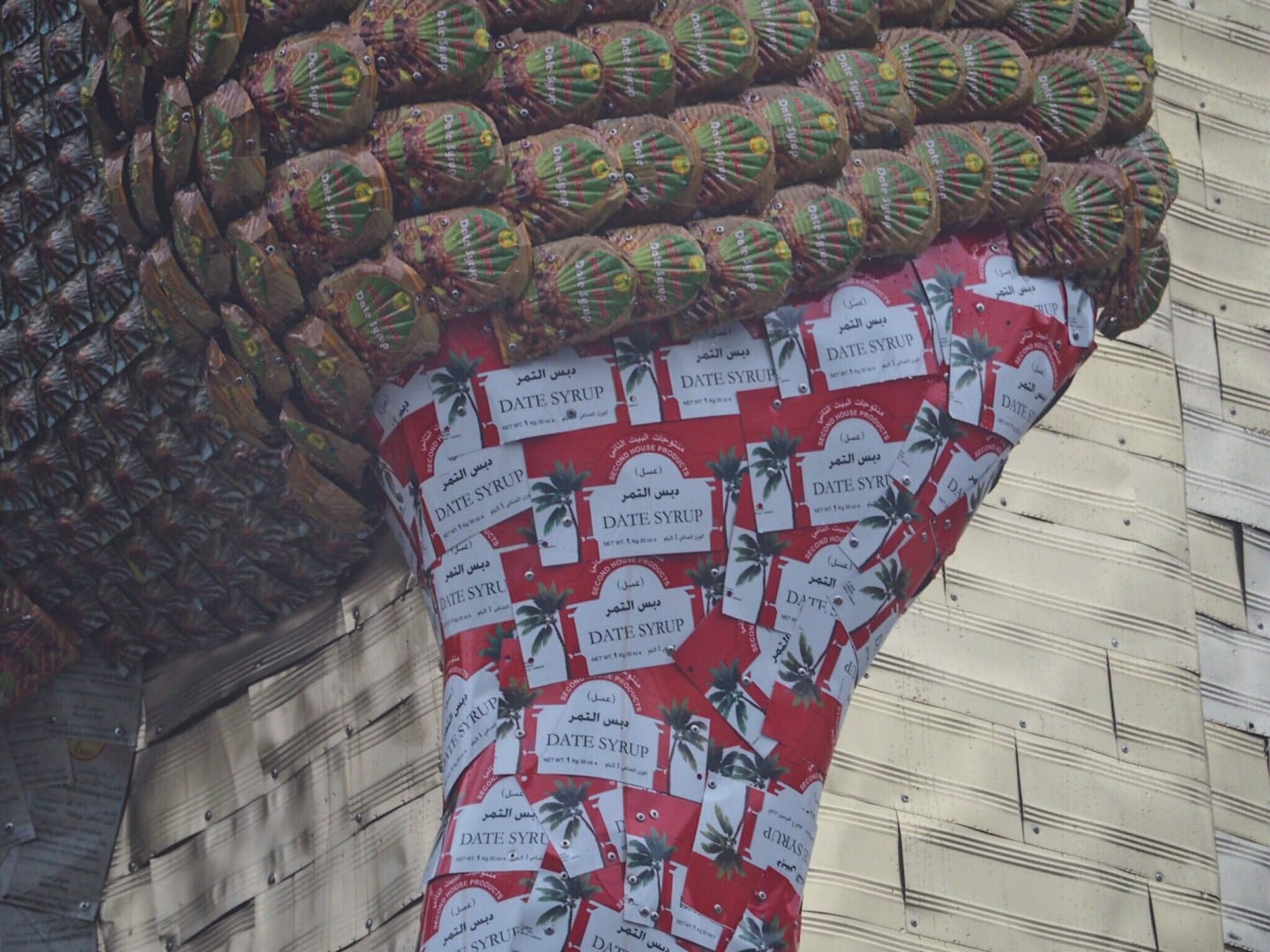 Comprised of 10,500 Iraqi date syrup cans, the medium is a reference to the countries second biggest export after oil.

Well, it was a huge export, but war has decimated the local produce; only around 10% of the 30m date trees that previously flourished remain.

Rakowitz – Chicago-born and now a Londoner – says he was searching for a way to address the complex history of Britain and Iraq. Speaking to The Guardian he explained his work as more than a gimmick; “it is traumatic and there are all different things that are part of that relationship but I’m not interested in doing work that is simple sloganeering so it is about the richness of that relationship despite all the traumas.”

The 12th fourth plinth statue will be here until March 2020. 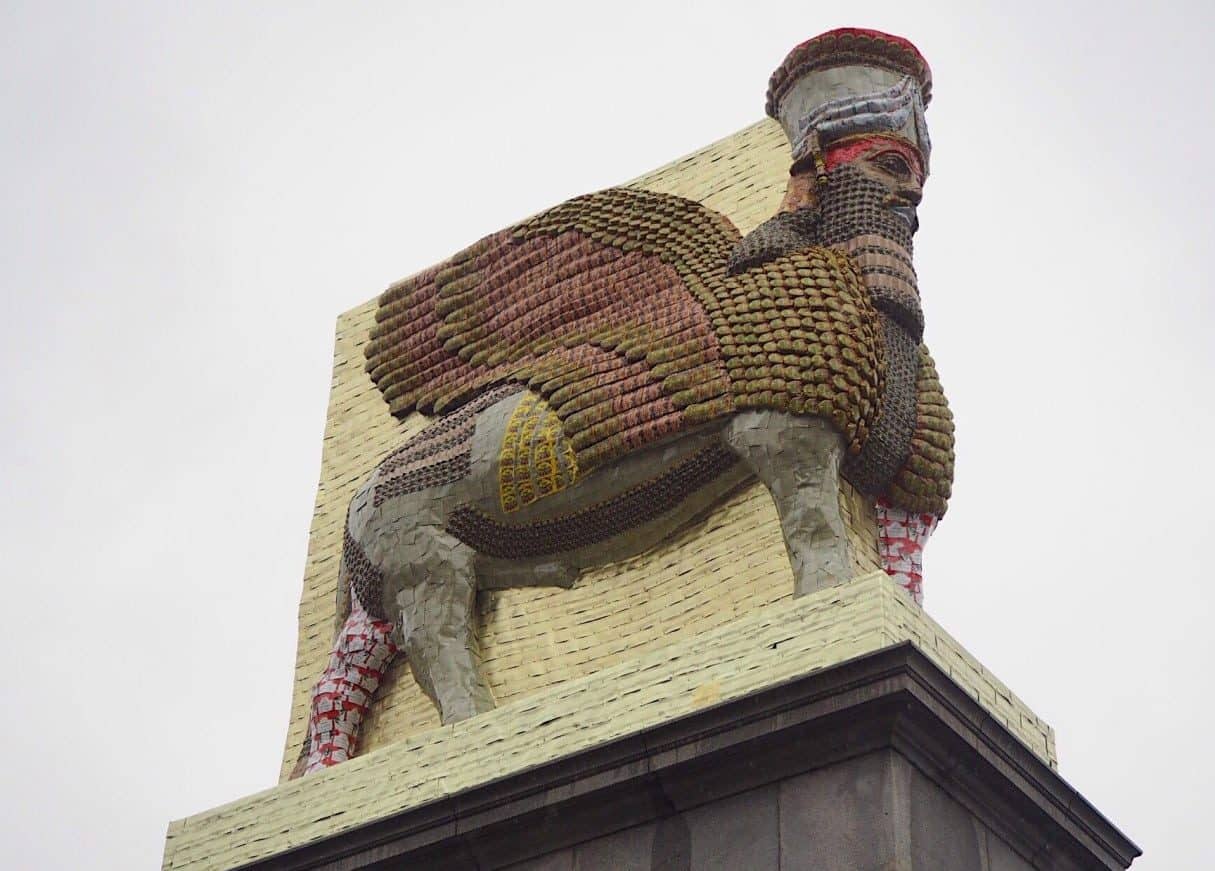 What do you think of it? Let me know in the comments! 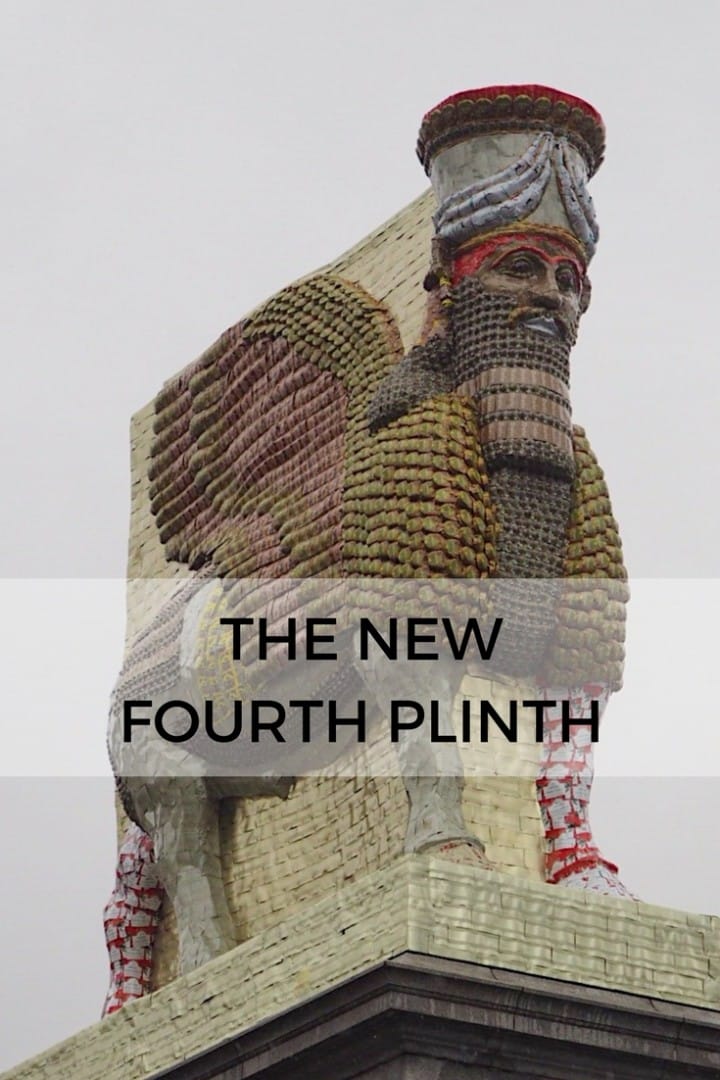