in architecture, City of London, London, Look Up London
2 Comments

Walk along Bishopsgate and you could easily ignore Gibson Hall. Although slightly grubby (and in the shadow of the glass behemoth that is 22 Bishopsgate) its sculptural details are worth a second look. 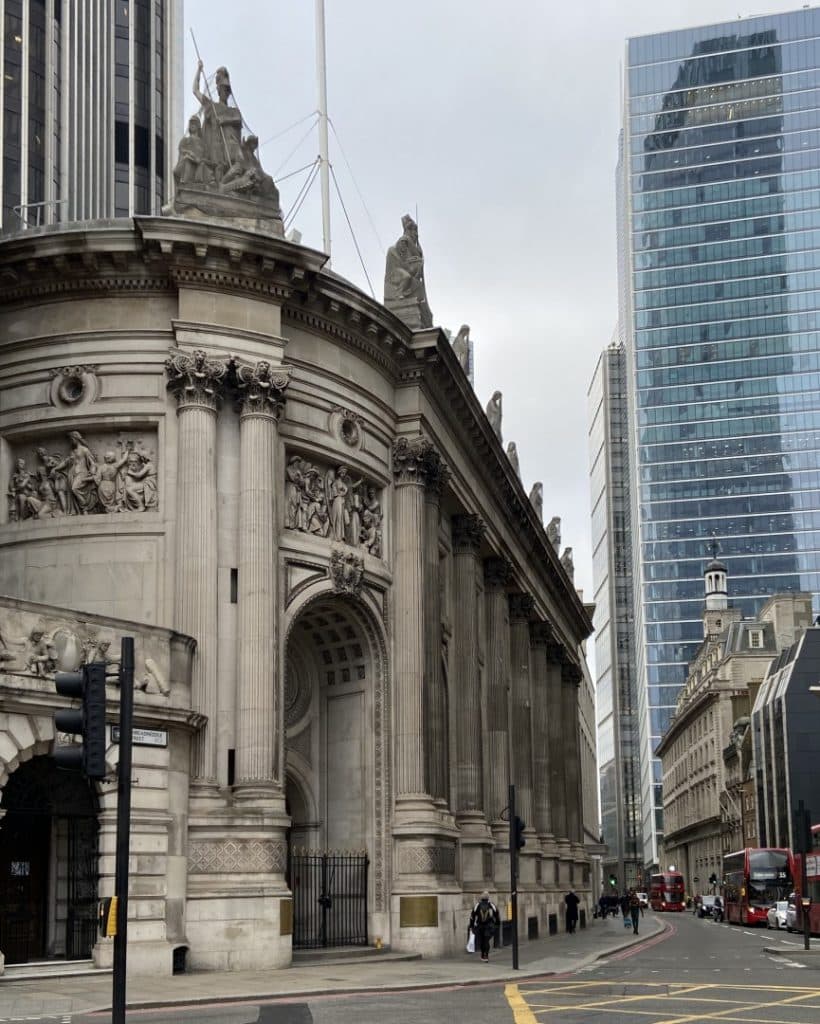 Now known as Gibson Hall, this is the former National Westminster Bank designed by John Gibson 1864-65. 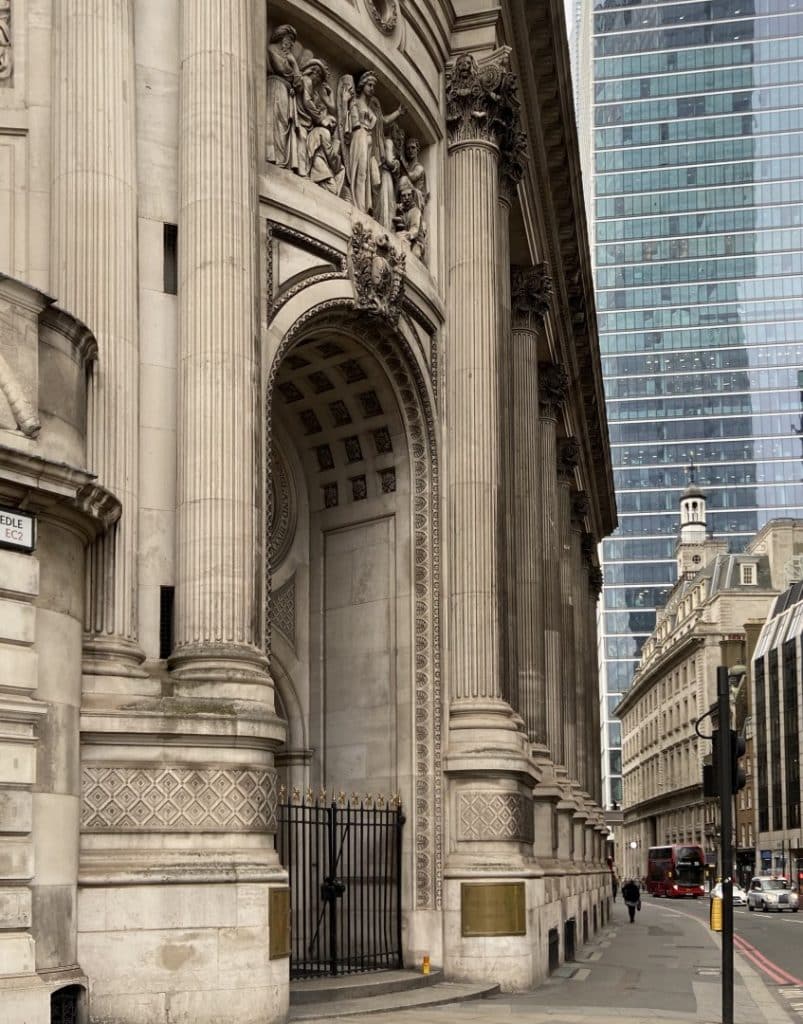 It’s an oddly-shaped little building and needs a good clean, but its architecture and decoration make it live up to Pevsner’s description as “the best bank in the Victorian City”. 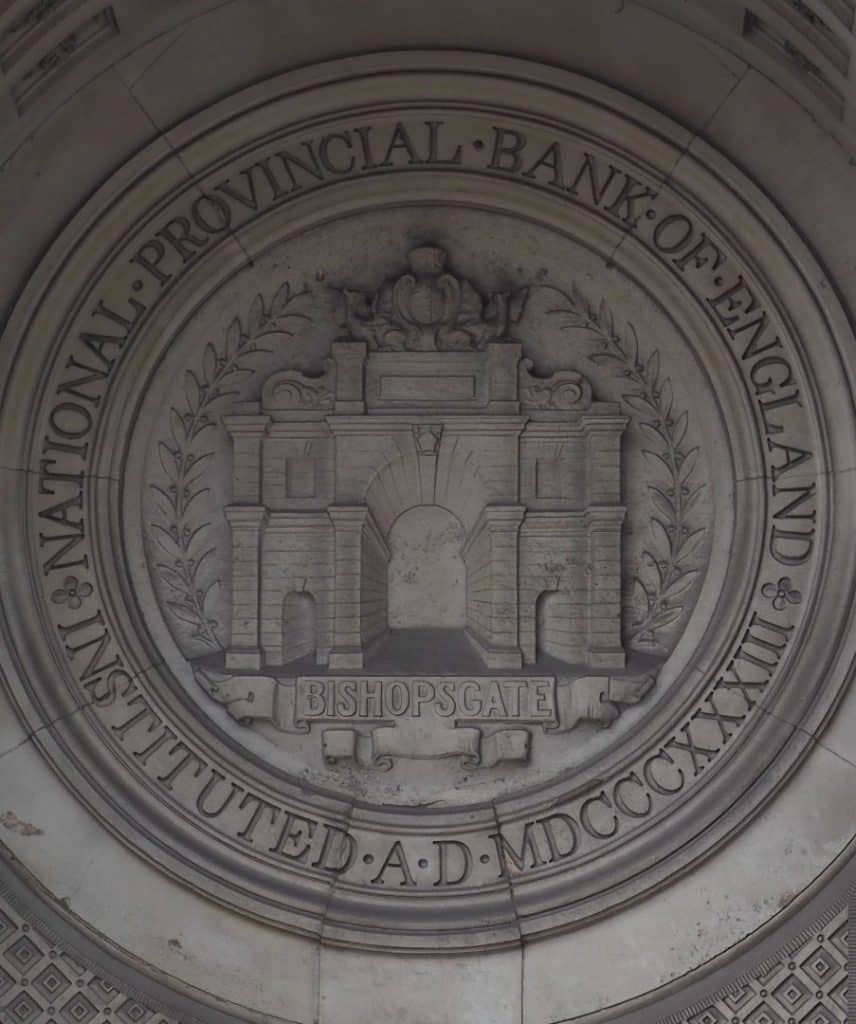 You can also see their initials above the main entrance; 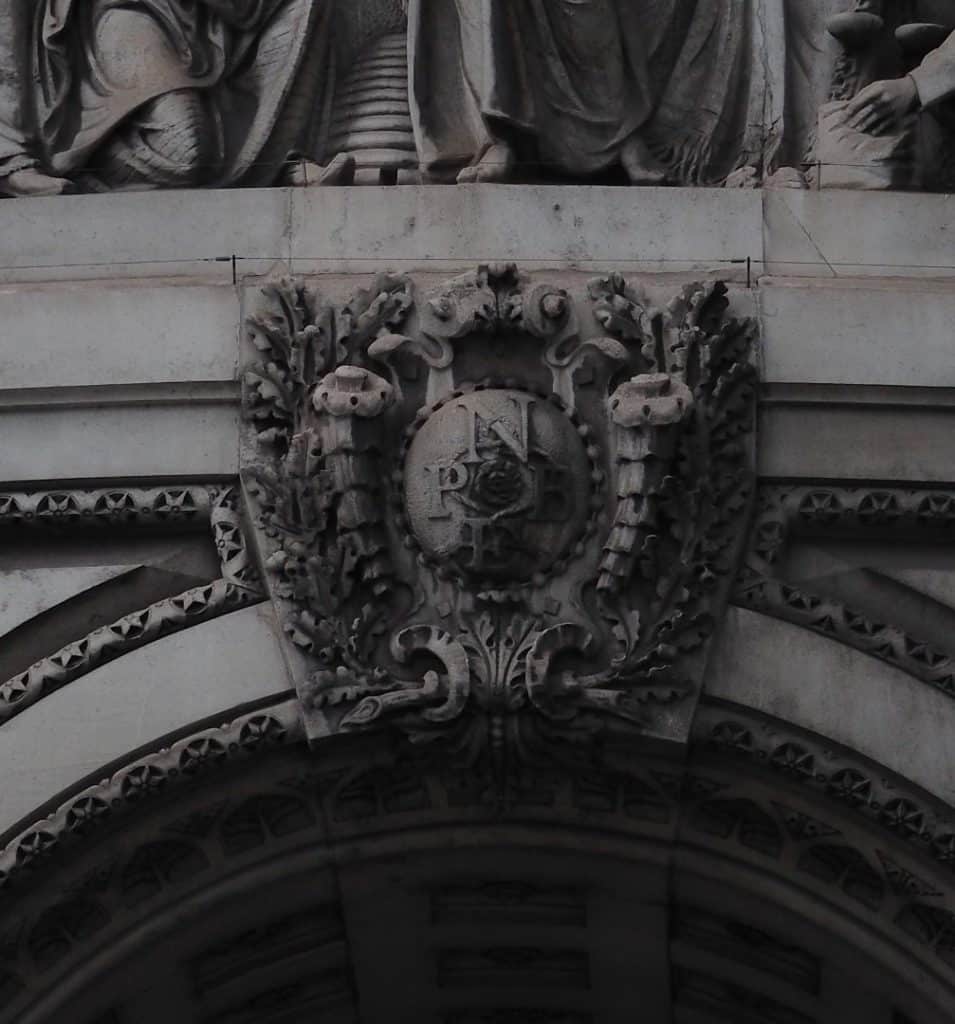 The more you look, the more sculptural detail you notice and the whole building is covered with statues and decorative reliefs.

Working from the top down, there are a collection of statues along the roof. Sadly these are draped in netting – presumably for their protection – so it’s hard to fully appreciate them.

But let’s take a closer look, regardless…

The sculptures are all by Messrs Colley and Pevsner informs us they represent “England and Wales (above the doorway), Manchester and London and “lesser” cities.

It was relatively easy to spot England; a spear-clad Saint George spearing a dragon. Although it has to be said that the two women either side don’t look either alarmed or impressed. 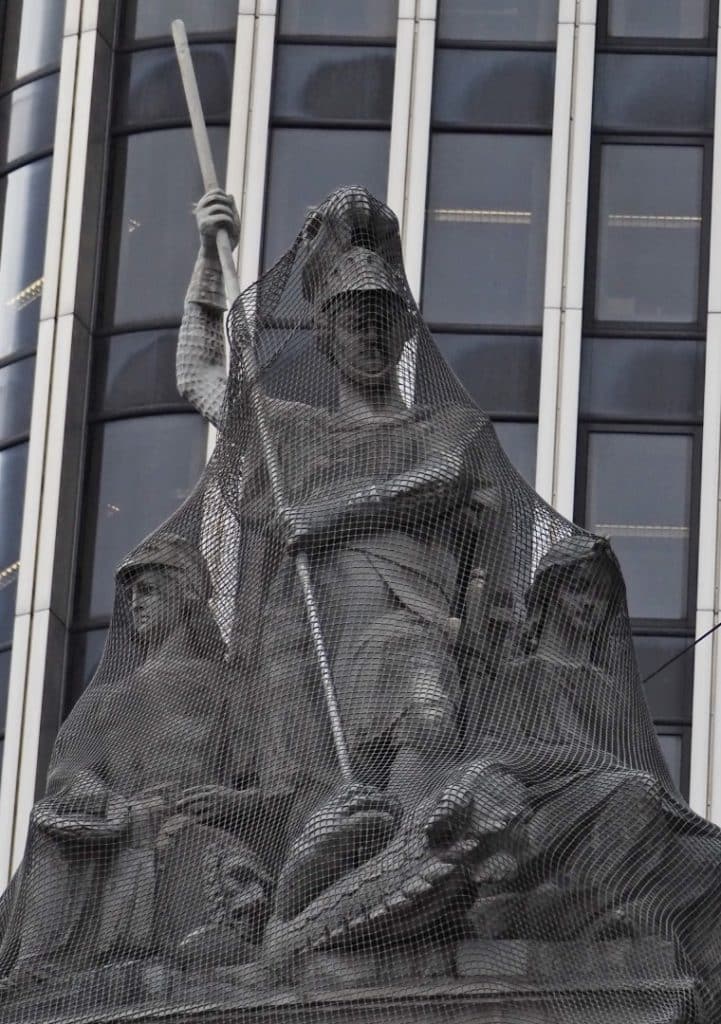 The next grouping above the doorway must therefore by Wales, complete with a figure holding a harp and the central man which a huge sword poking through the netting. 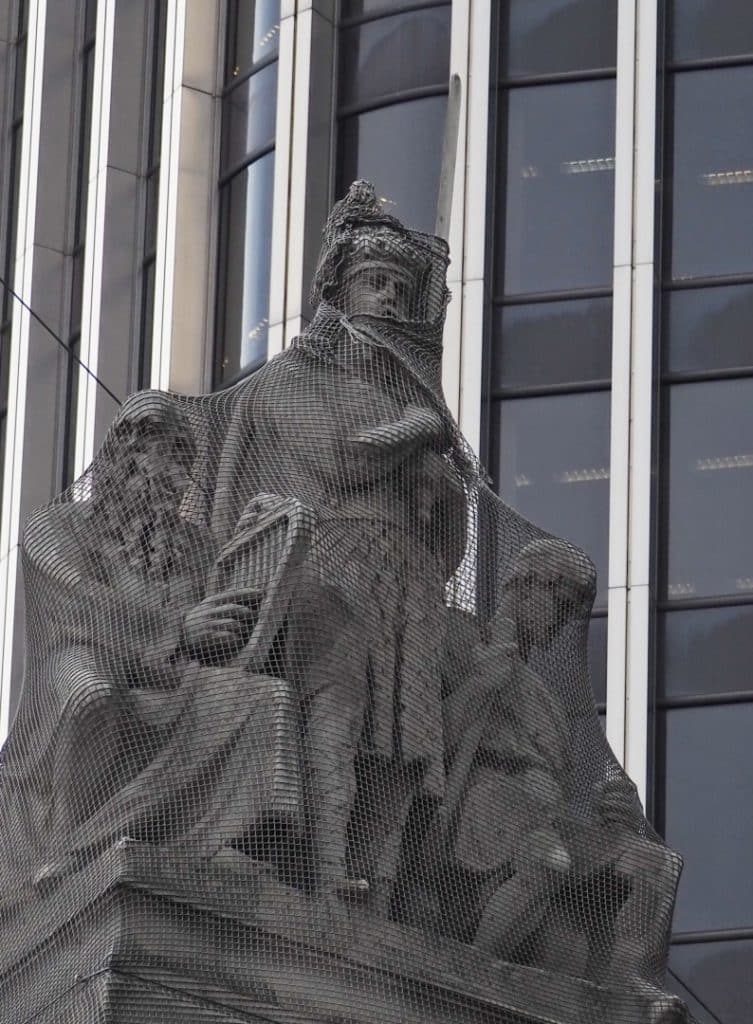 I assume London is shown with the shield of the City beside her;

And below is therefore Manchester; 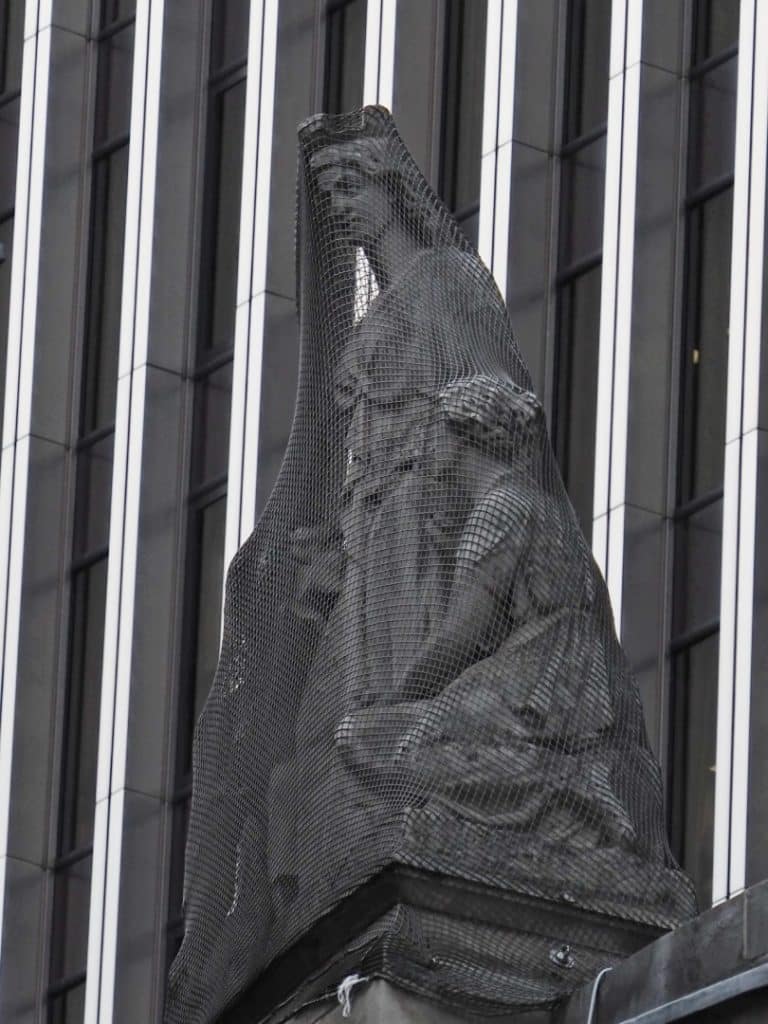 Continuing the row of sculptures along the roof are then five single women representing British cities, but it’s hard to establish which are which. I’ve read that Birmingham, Dover and Newcastle are included so let me know if you can guess! 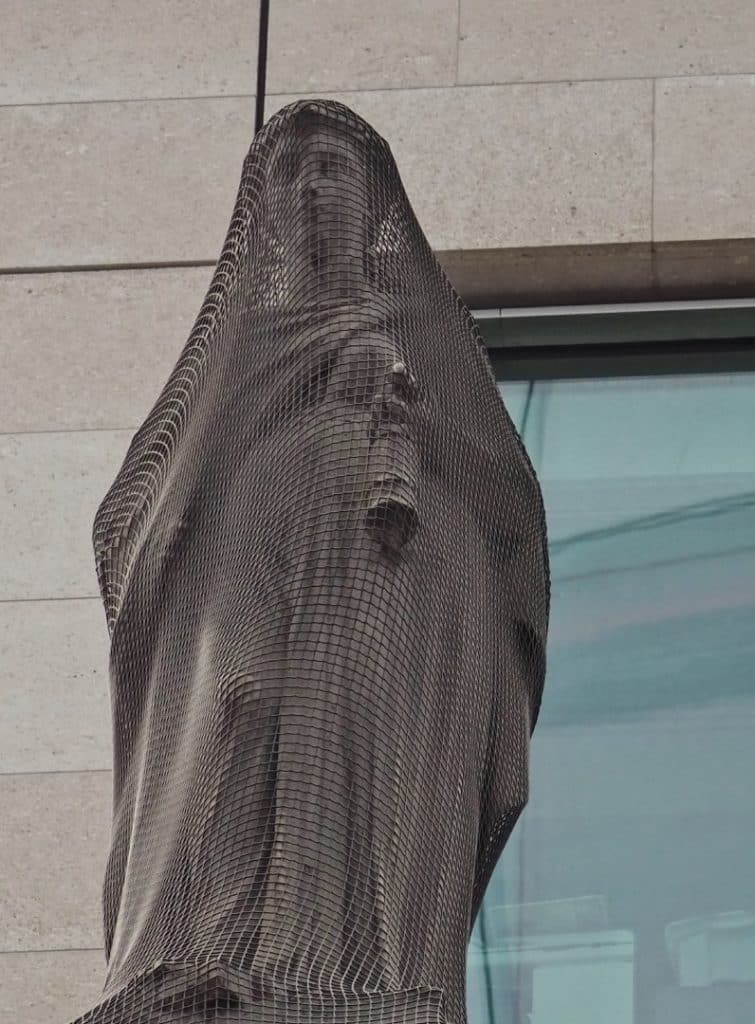 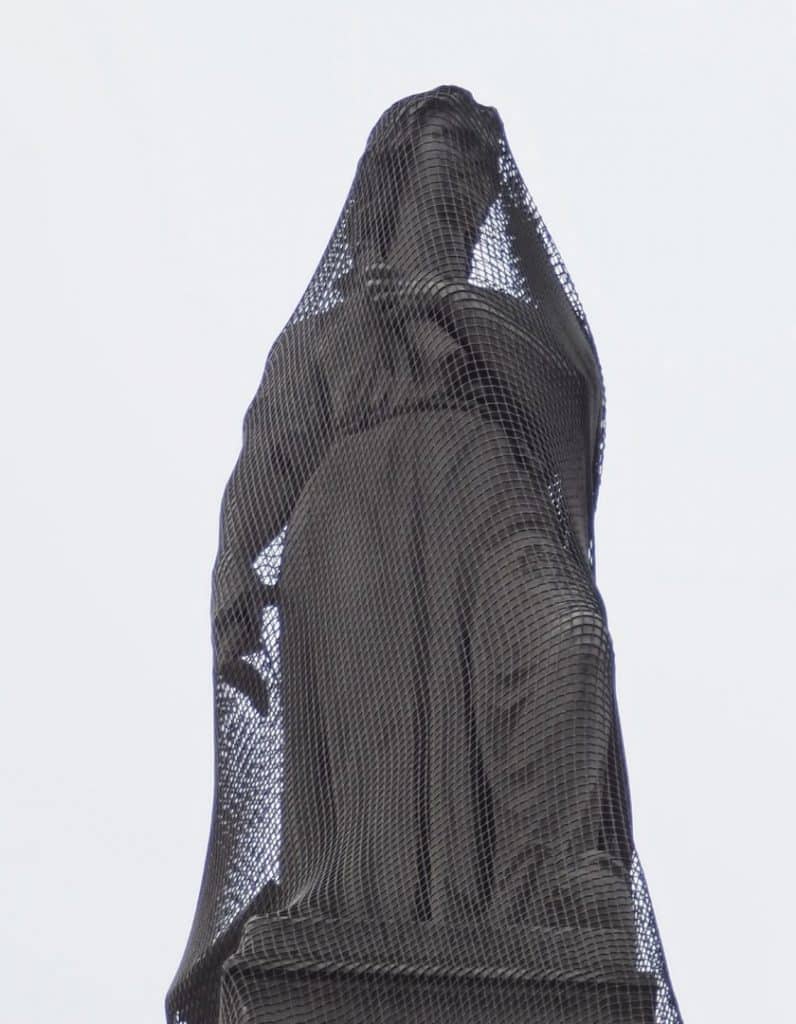 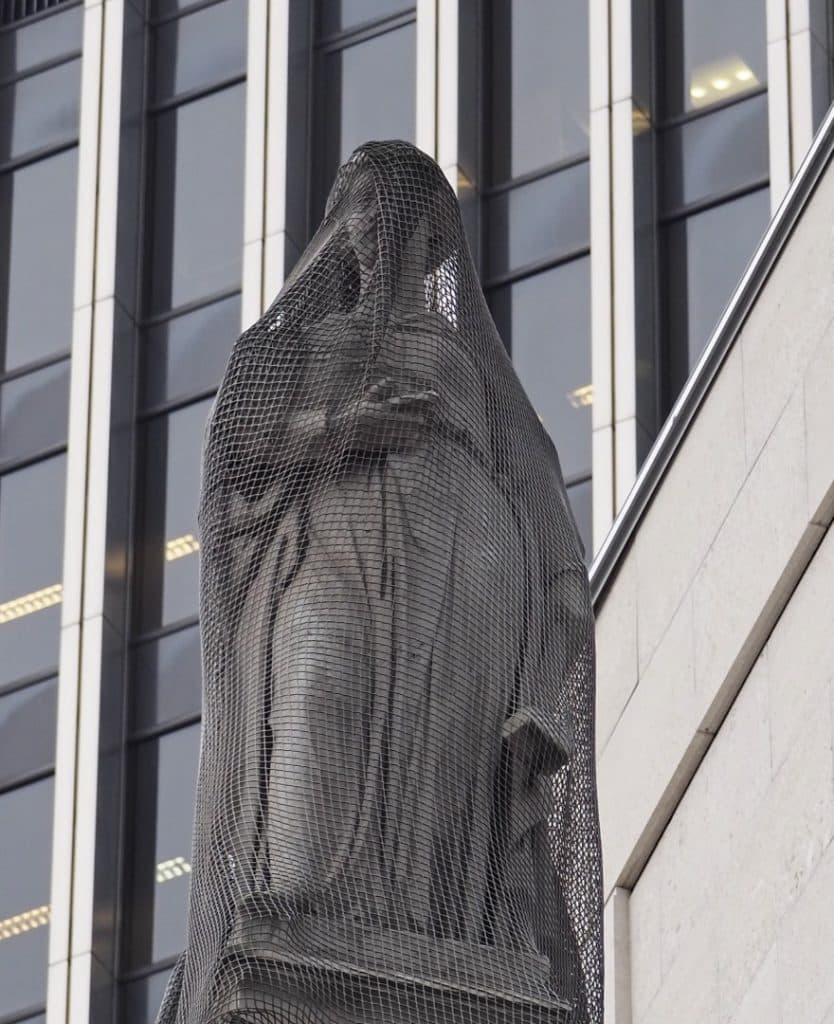 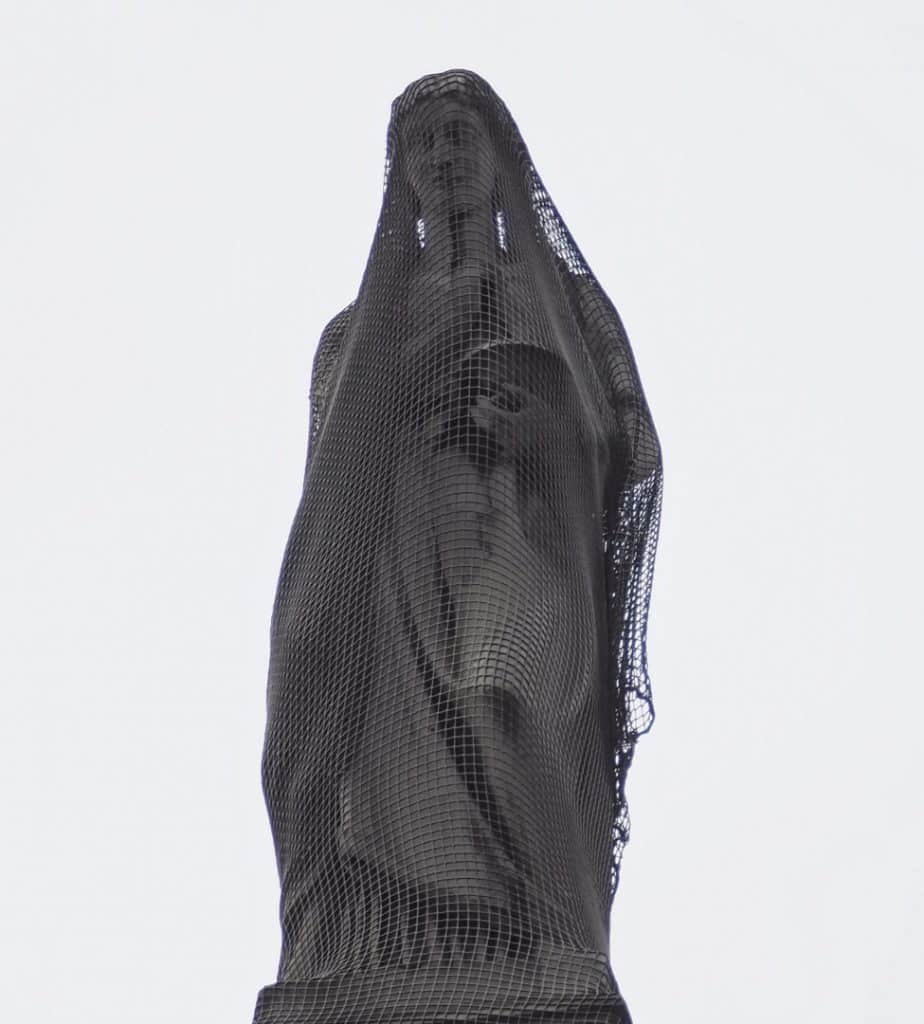 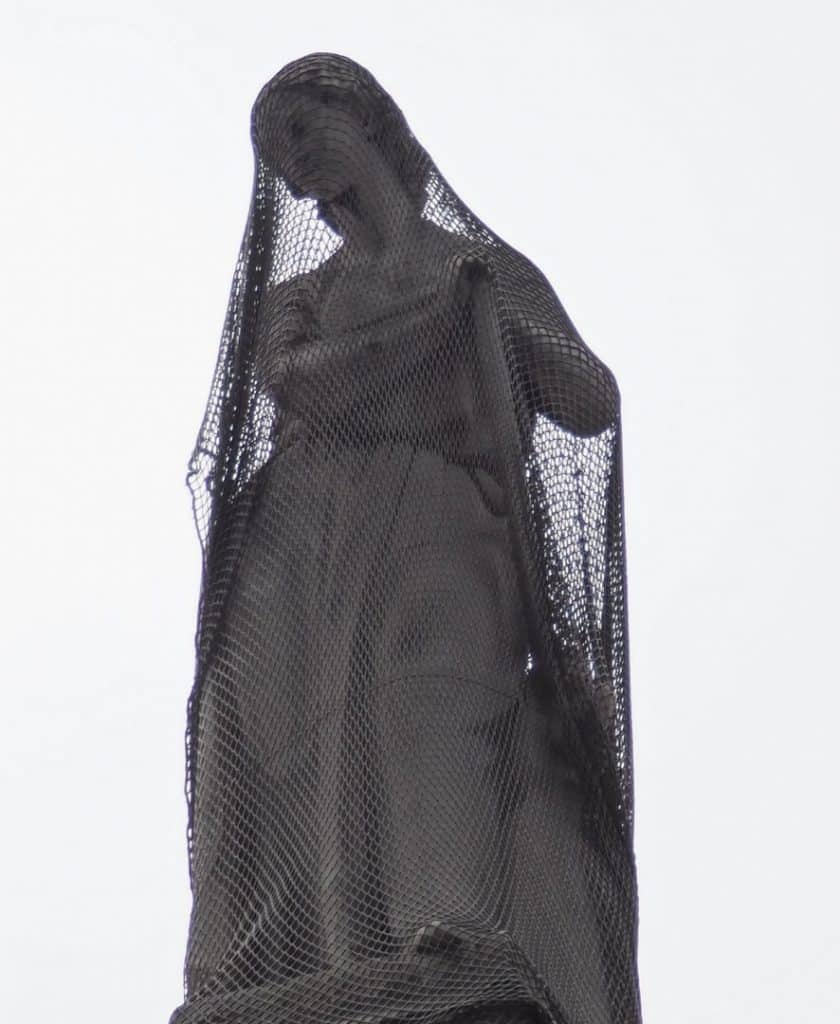 Much easier to appreciate are the wonderful panels by John Hancock. They sit high up, between each column and all feature an angel overseeing different groups at work. 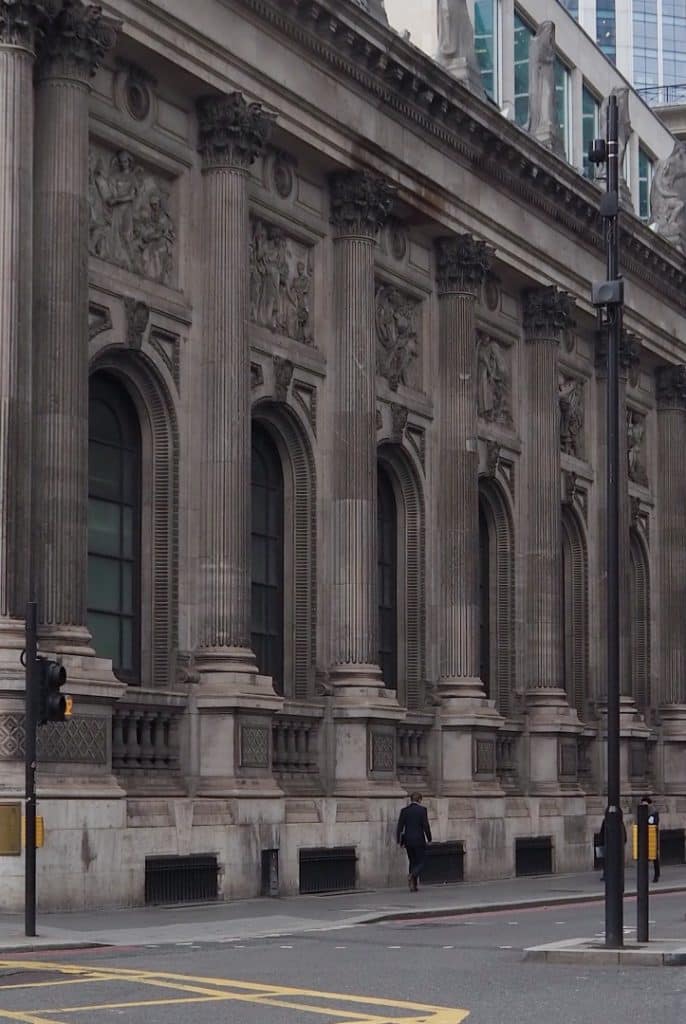 They symbolise the trades and industries that the bank supported financially. One by one they show…

The Arts; with nymph-like women carving a column’s capital and with instruments scattered around them. 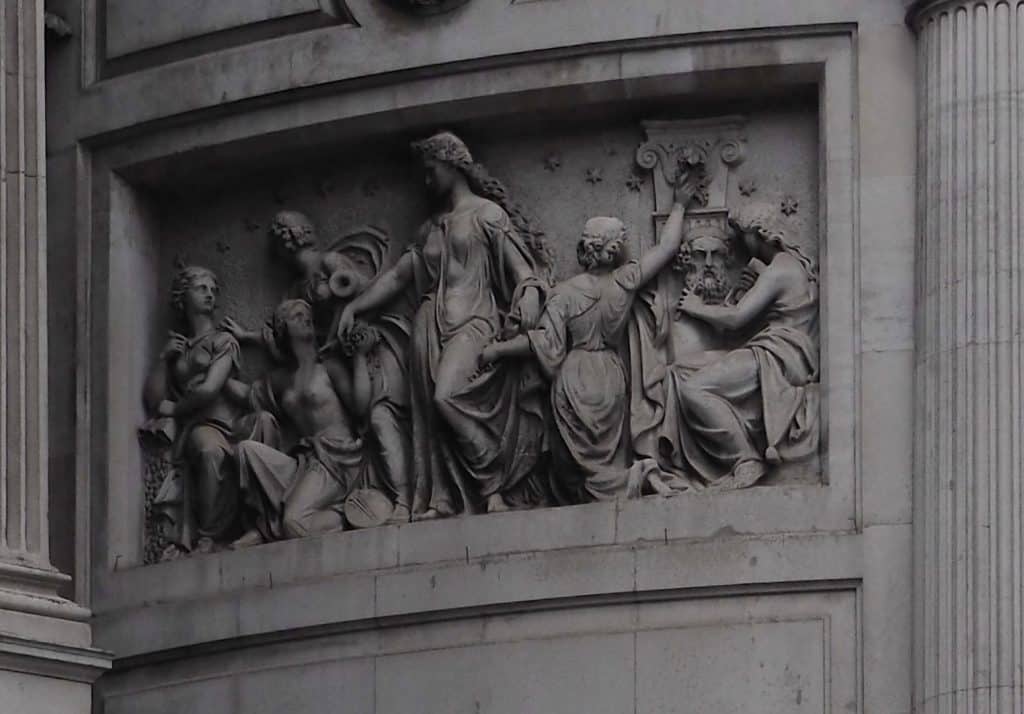 Commerce; the central angel surrounded by stereotypical depictions of international trade and a beehive – symbol of industrious work – at her feet. 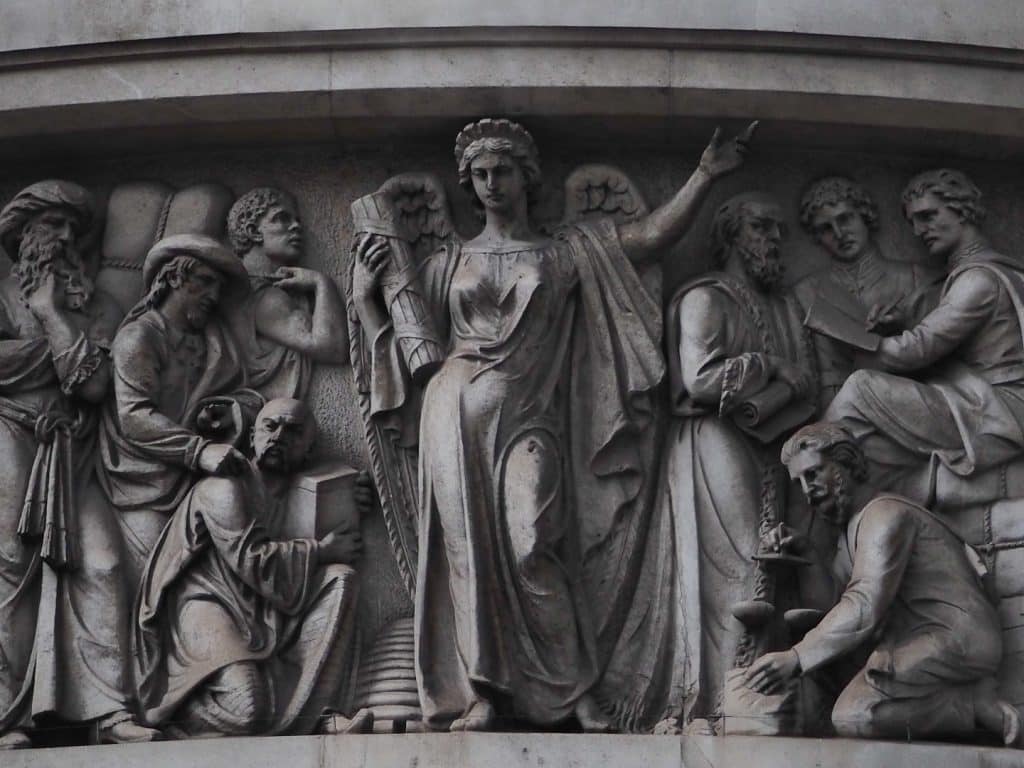 Science; the angel reads a long scroll while a bearded man teaches some young children about astrology. 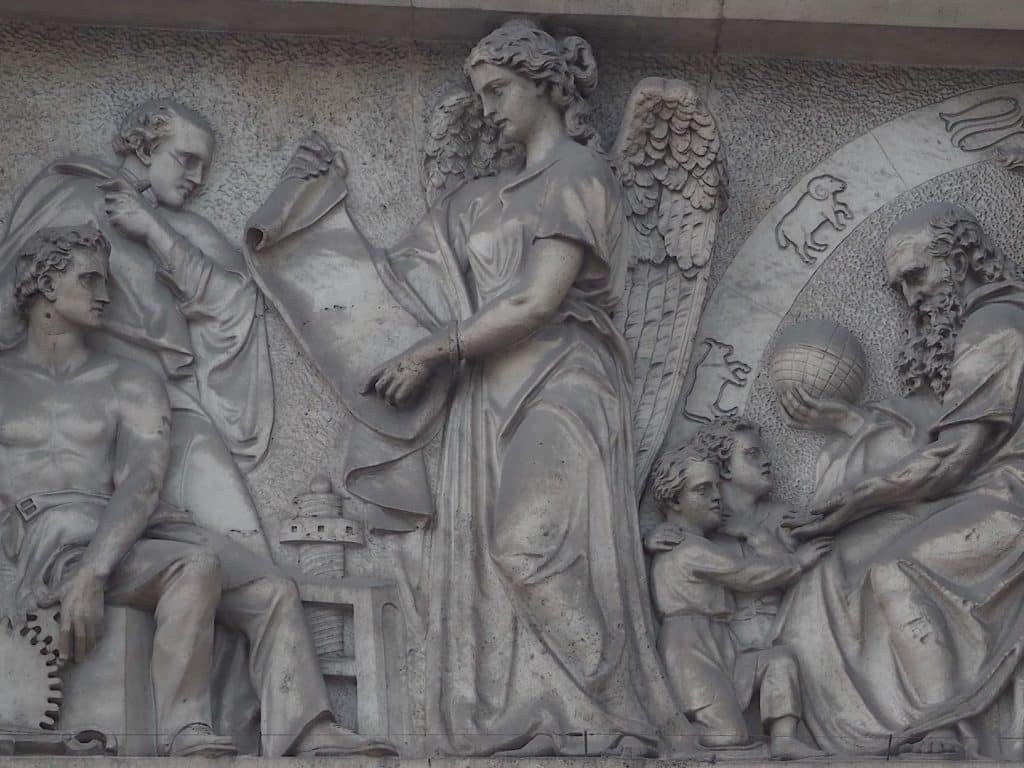 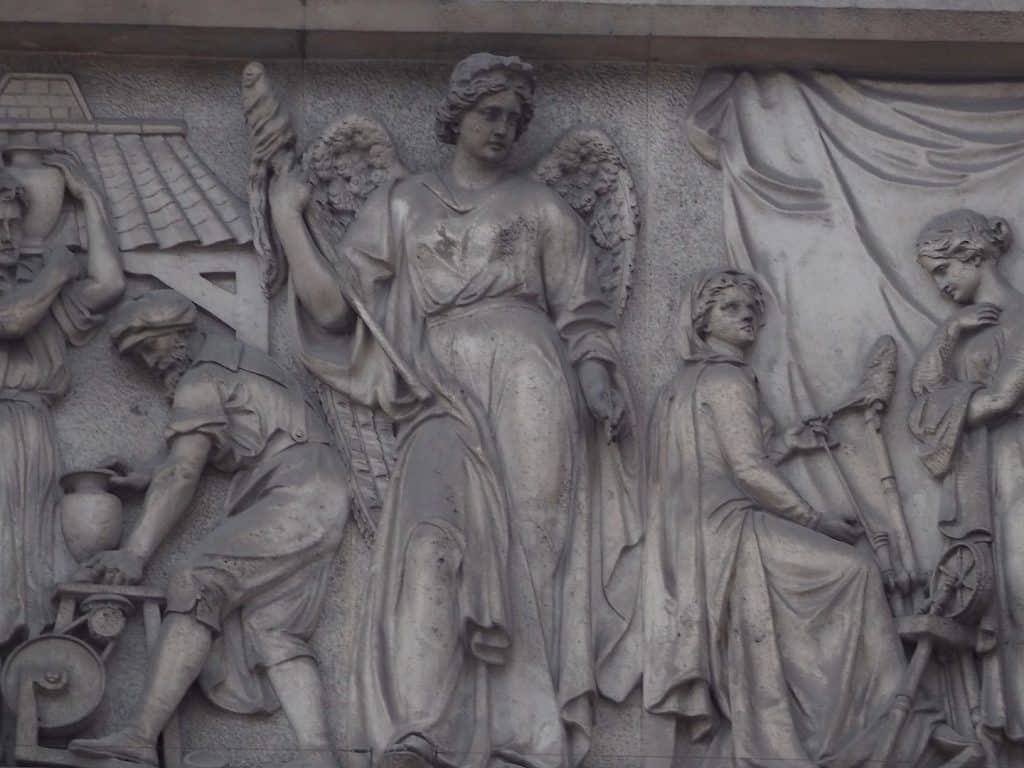 Agriculture; I particularly liked the cornucopia – horn of plenty – spilling out of the stone frame. 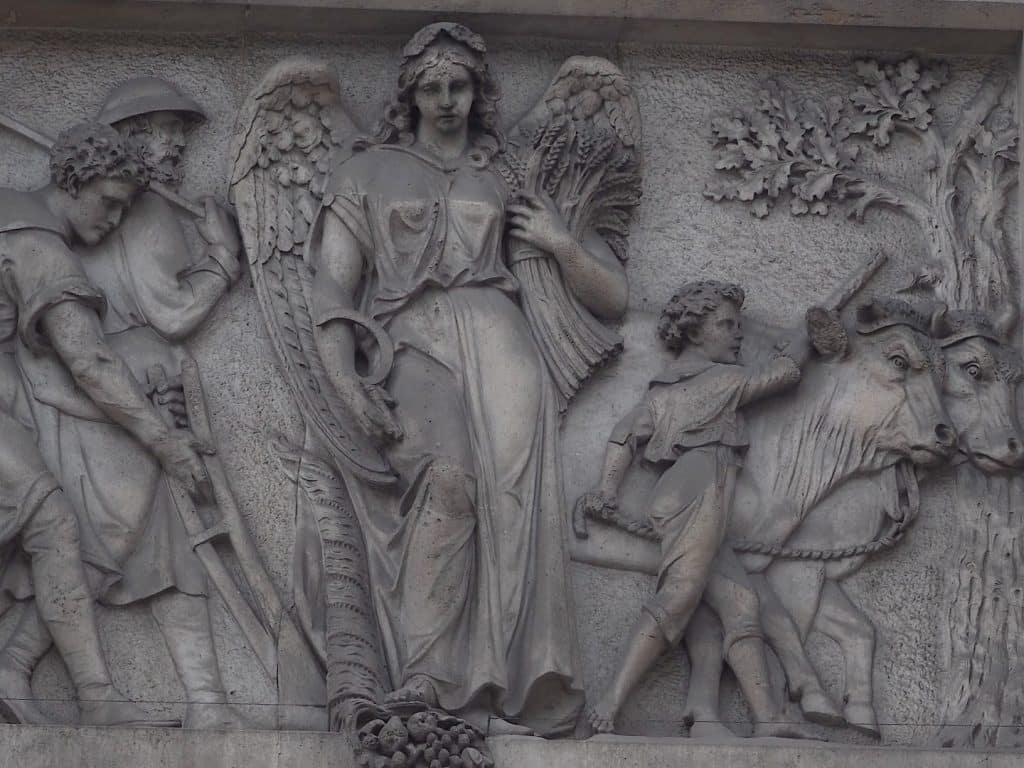 Navigation; and presumably a nod to the might of the British Navy. 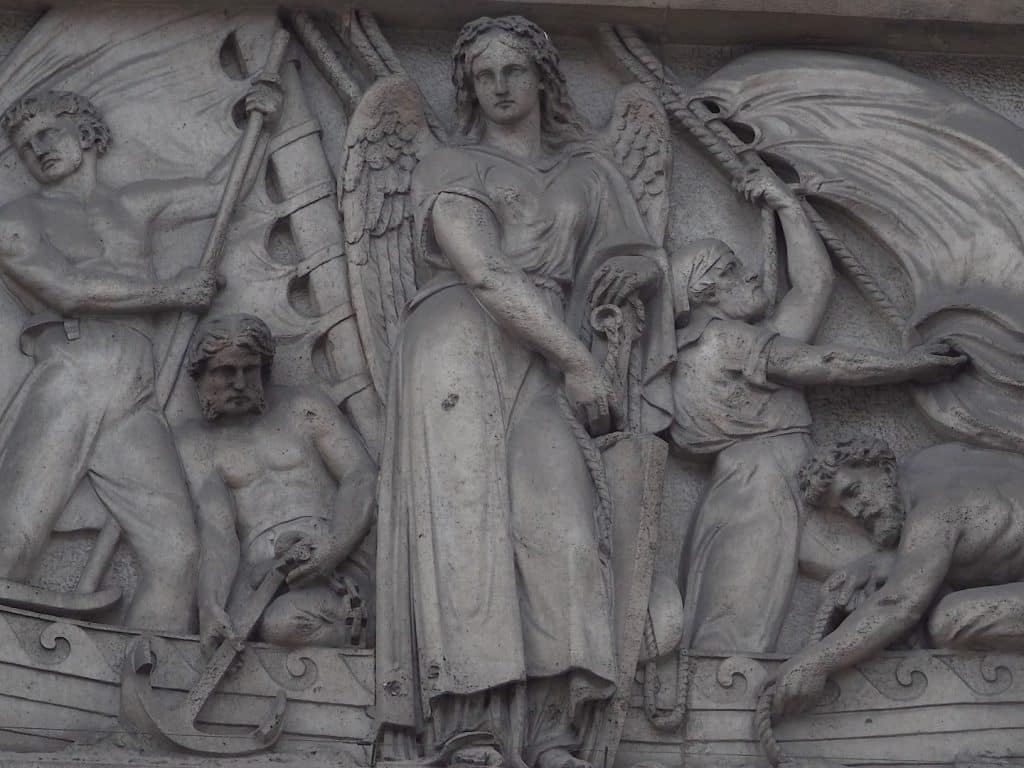 Mining; the attention to detail and the muscular backs are wonderfully carved. 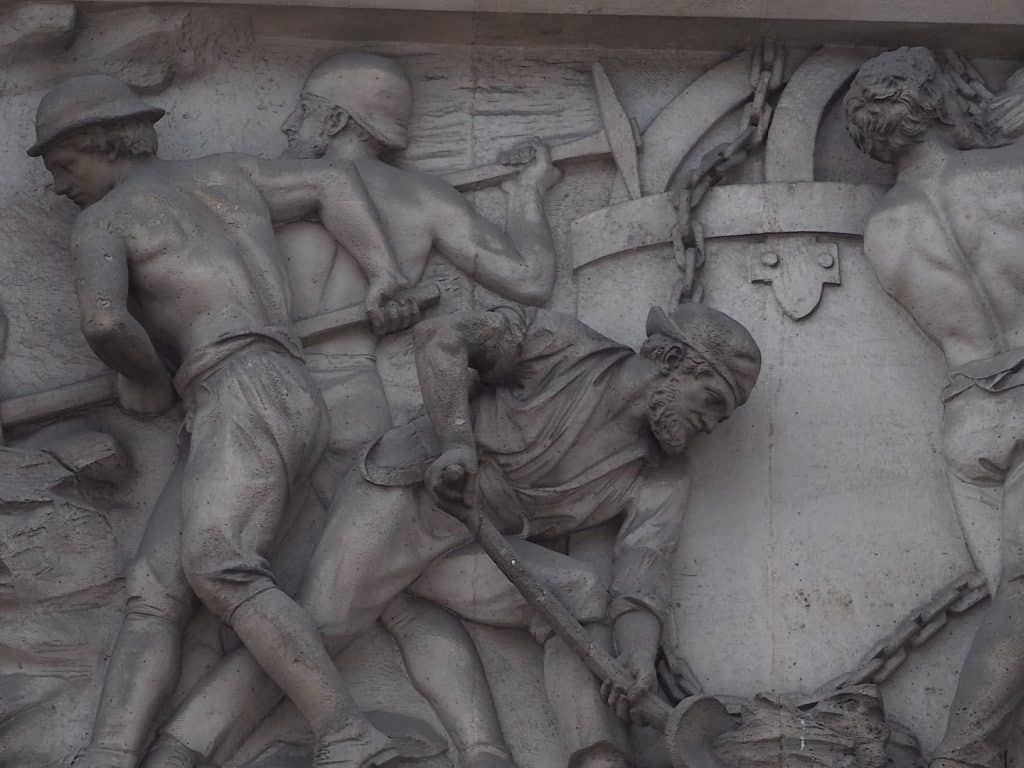 and Shipbuilding; again although obviously static, the figure swinging back that mallet looks primed for action, you can imagine him moving any second! 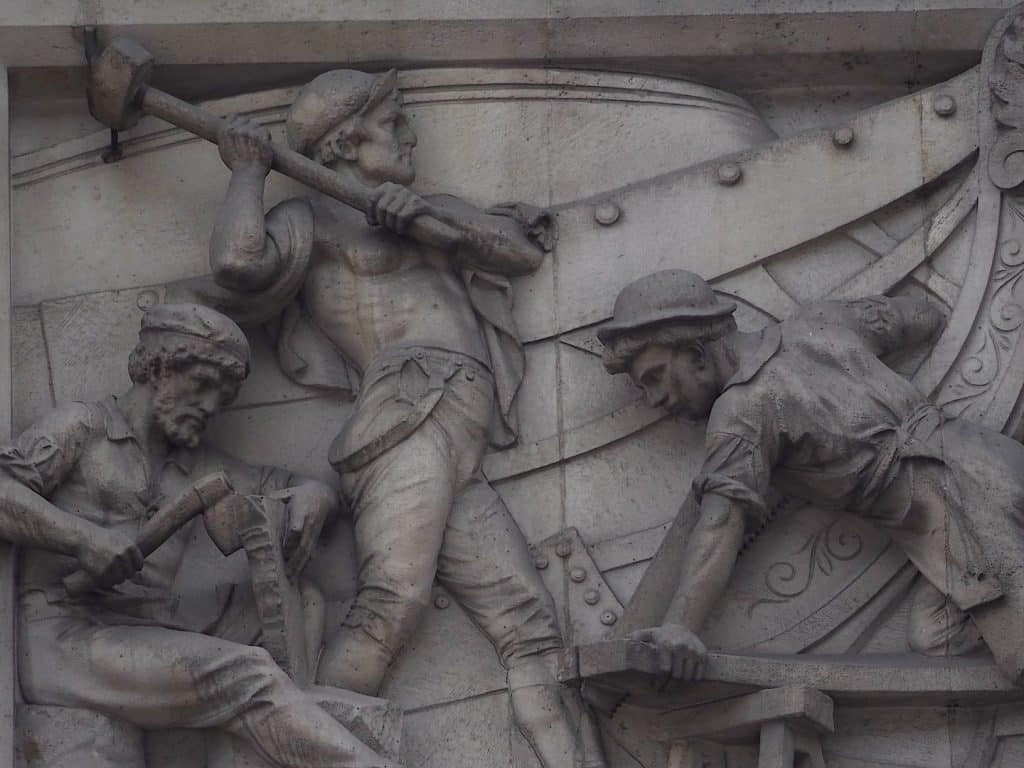 Have you admire this building’s details before?

To read more about hiring the hall (and have a look inside its gorgeous interior) you can visit the website here.