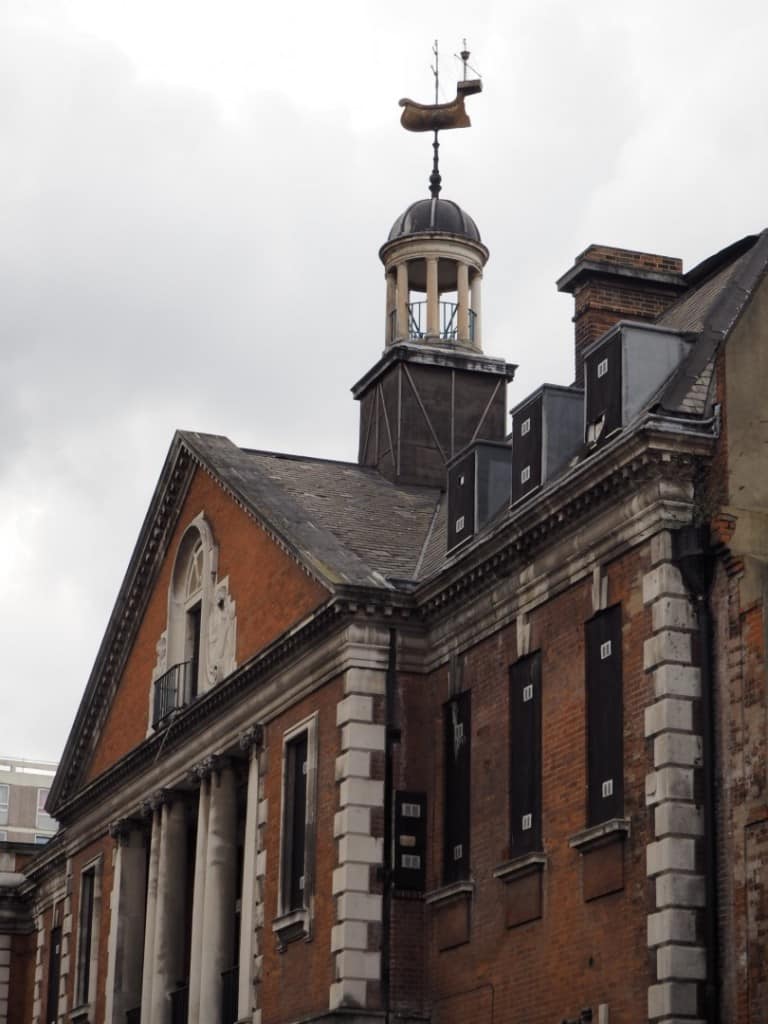 The building is topped with a gilded weathervane depicting the Gold Hind, first sailed around the world by Sir Francis Drake in the 1570s

Haggerston Baths opened to the public in 1904, the project of Alfred Cross (b.1858), who had made bath design something of a specialty and was responsible for 11 London public baths. 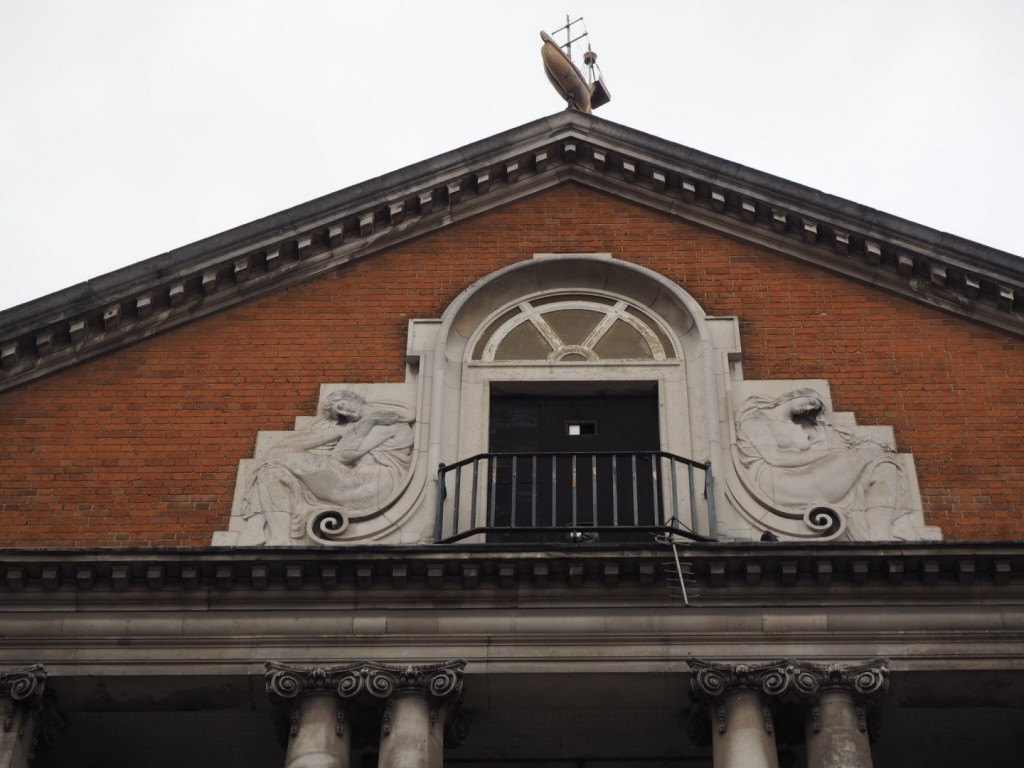 In 1904, following the public opening, the Hackney and Kingsland Gazette exclaimed that is was sorely needed; “not as a luxury, but as an absolute necessity.” This was in reaction to the outbreak of cholera in the area and because, at the time, most houses in Haggerston did not have their own baths.

Apparently at the opening ceremony in 1903, Alderman E J Wakeling, Vice-Chair of the Baths Committee, swam a length of the pool (underwater!) 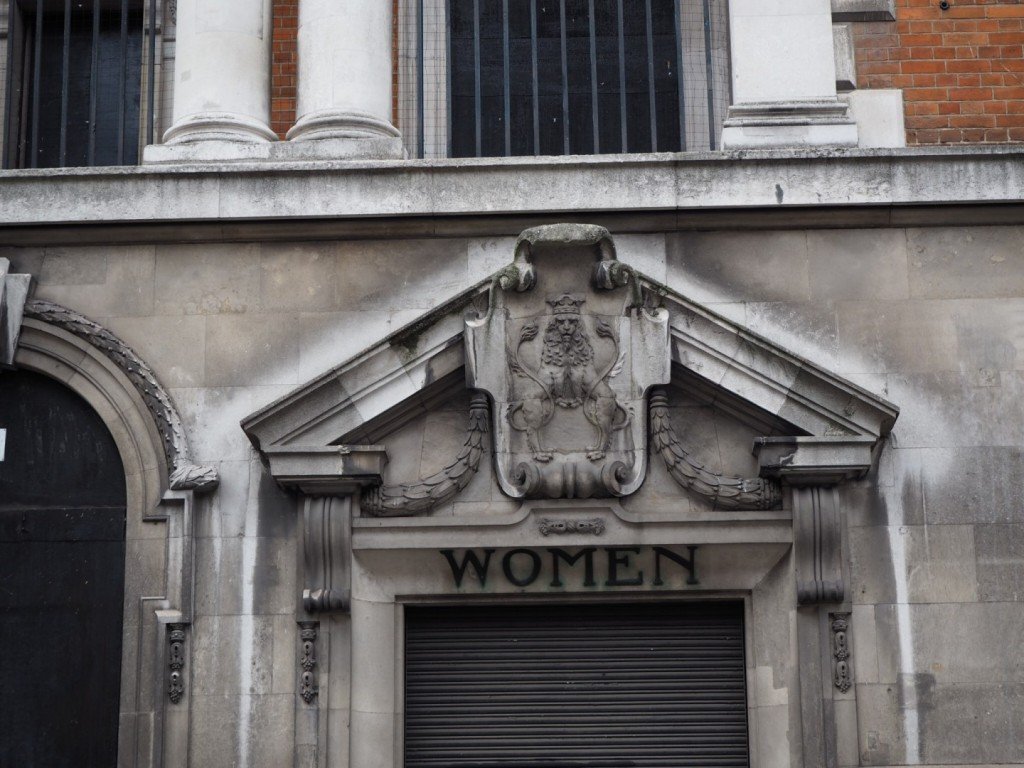 Entrance for women. There’s also a Men’s entrance on the otherwise of the main door.

It had a main central pool as well as 91 slipper baths (a type of claw-footed bath with one end higher than the other for easy lounging) and 60 wash houses. 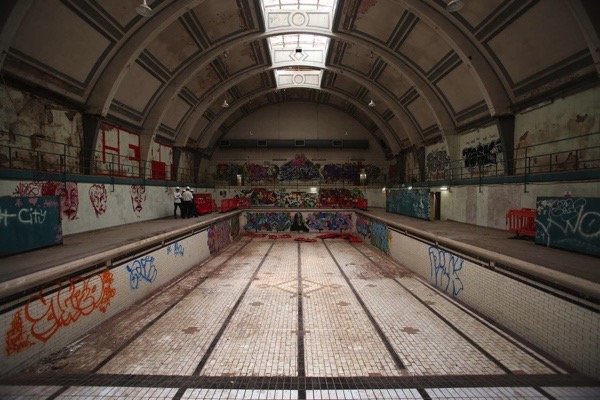 The baths closed in February 2000 as they were in extensive need of repairs.

There was a brief period of elation within the community in 2009 when a £5million grant was announced to re-open the pool, but the credit crunch put an end to that, with the council withdrawing funds.

Since 2013 the Victorian Society earmarked it as a site of potential risk for demolition and the Save Haggerston Pool campaign launched in 2010.

Currently it seems as if BNP Paribas Real Estate are now in control of the building, and as of November 2017 they seem to have no plans to reinstate the baths.