The Hanging Signs of Lombard Street

in City of London, London, Look Up London
0 Comments

Look up on one of The City’s narrow passages and you’ll spot the Hanging Signs of Lombard Street.

The signs are only about 100 years old, but the history they allude to dates back further.

Firstly though, the matter of Lombard Street.

What’s In The Name?

In 1290 King Edward I ruled that all Jews should be expelled from The City. This pleased the Pope in Rome, but not London’s financial traders. Christians weren’t meant to charge interest on loans so another group would have to come to The City and fill the void of lenders.

The task fell to the Italians (seemingly these Catholics had found a religious loophole). They arrived from the Lombardy region and settled around these streets. Lombard Street is a clear reference to them. 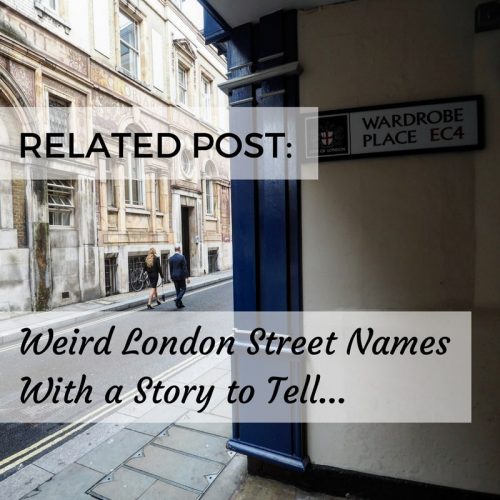 So Lombard Street and its environs became home to small goldsmiths, or family-run banks. But how does one stand out from the crowd?

Not all Londoners could read and street numbers were only sporadically used from the early 1700s. So a hanging sign – the larger and more eye-catching the better – would be the perfect solution.

It was King Charles I that encouraged the practice, passing a charter which allowed businesses to erect signs. With little regulation though, huge cumbersome signs hovered ominously over the walkways. In 1718 tragedy struck, one in Bride Street came crashing down. It brought with it the front of the house, killing 4 people.

After that, between 1767-1769 signs were either taken down or attached to the fronts of houses, more in-keeping with the shop front signage we see all over the world today.

Back to Lombard Street though and the research of F.G. Hilton Price who wrote ‘The Old Signs of Lombard Street’ 1807-1902. Having searched ‘all available sources I could think’ there were records of 168 Lombard Street hanging signs over the years.

The occasion of resurrecting Lombard Street’s signs was Edward VII’s coronation. London’s streets were being decorated with ‘illuminations’ but Mr H D Anderson of 24 Lombard Street thought they could bring a more historic feeling to the celebrations. 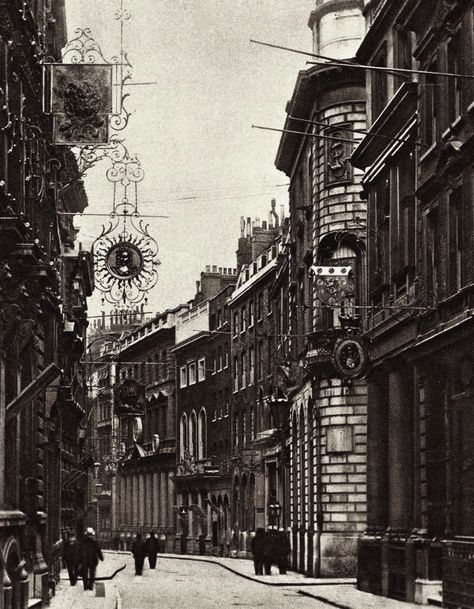 Today there are two hanging signs that are a familiar sight. Firstly, the barber stripy pole. It’s traditionally white with a red stripe, symbolising the fact that original ‘barber surgeons’ would performed medical operations – usually rough and ready amputations.

The other is the three golden balls of the pawnbroker. It’s thought to be another link back to our Italian bankers, based on the crest of the Medici family which included 5 red and 1 blue balls or pills.

But what about the Lombard Street ones we can see today?

Most famous and well-documented is the grasshopper. It was the family sign of Thomas Gresham who lived here in the 16th century. Gresham founded the nearby Royal Exchange, inspired by Antwerp’s Bourse. London’s first central trading hub was opened by Queen Elizabeth I in 1571.

Though today it’s a luxury shopping mall, look to the top and you’ll spot a golden grasshopper as an historic reminder. 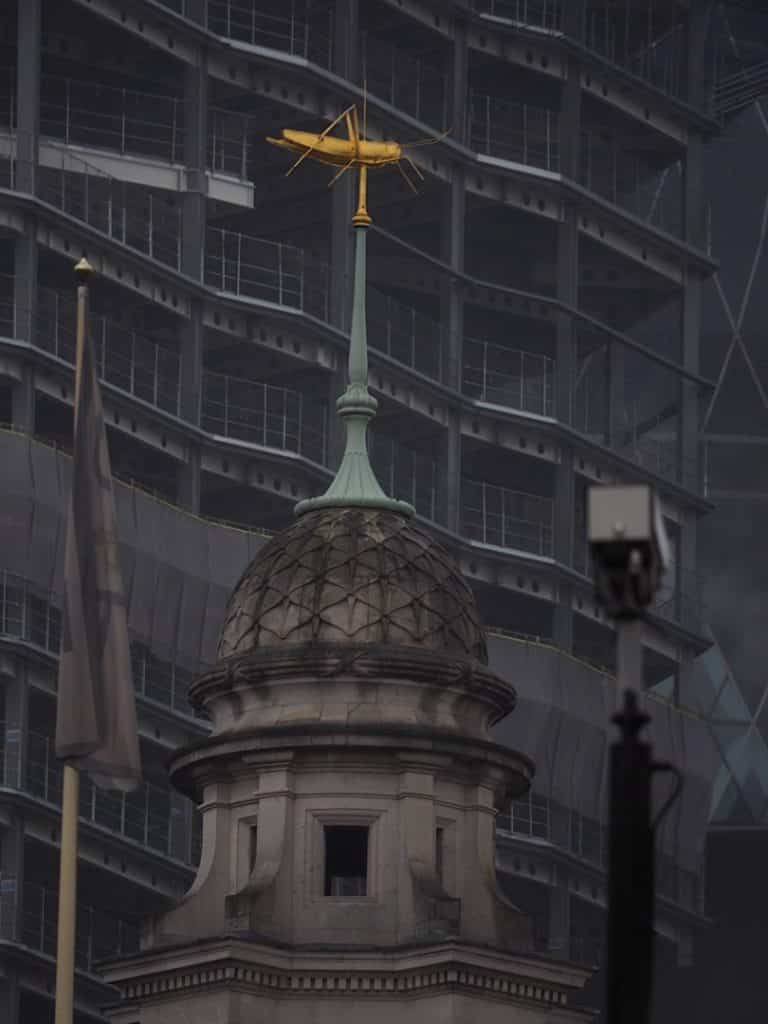 Unfortunately the other signs are a little more cryptic, their meanings lost to time. This was quite common as new shop owners simply kept their predecessor’s signage.

The first record of a shop under the cat-a-fiddling was back in the reign of Henry VI (1422-16 then 1470-71). It was a second hand clothes shop. A few hundred years later a small goldsmiths occupied the site, changing the sign to a black horse. This was then taken over by Lloyds Banking Company in 1884.

Taking a liking to the black horse, Lloyds took the sign with them when they relocated along Lombard Street. The black horse is of course now one of the most recognisable corporate logos and they only moved out of their Lombard Street home in 2002.

Cross referencing with Hilton Price’s book (you can see an online version here) is tricky as the street numbers no longer corroborate. The sign of King Charles II therefore could be the ‘King’s Head’ of the Canadian Bank of Commerce (1902) or an adapted ‘Queen’s Head and sun’ from the bookseller William Year in 1731.

So despite it being a little frustrating that they don’t reveal all their history, I still love walking along Lombard Street, the hanging signs giving you a hint of the old City of London.