Walking over London Bridge, I’ll always take in the views of Tower Bridge and The Shard. However, what really catches my eye is the dirty gold letters exclaiming HAY’S WHARF. 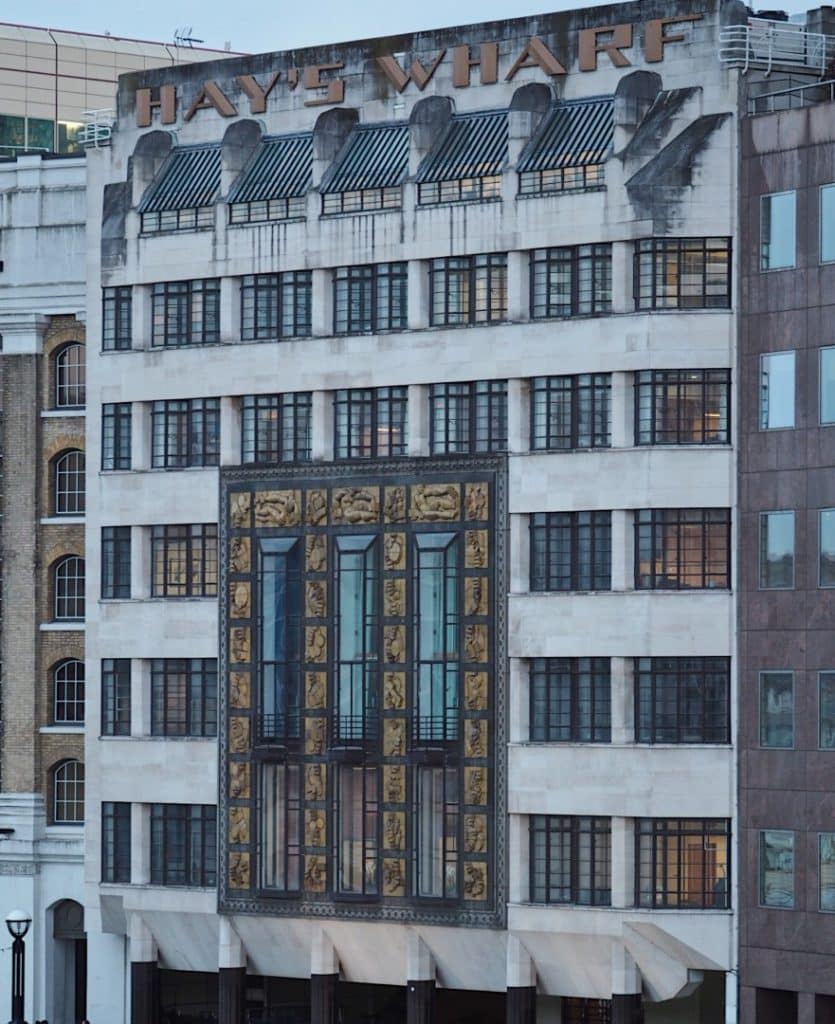 I never seemed to have my zoom lens on hand when I was passing. But finally, last week I managed to find some time to take some photos and – as ever with London – there’s interesting history behind the details.

First up, the name is from a Mr Alexander Hay who purchased the land in the mid 1600s. He started with granaries, providing grain to the local Southwark breweries before becoming a brewer himself. Later he started renting out his warehouse spaces, earning a tidy profit from the amount of product flowing in and out of the City of London trading port.

When the Pool of London (roughly between London bridge and Tower Bridge) became too overcrowded with ships, storage moved to downstream to the purpose-built docks of today’s Canary Wharf.

Not one to miss the boat on an money-making opportunity (sorry). The new Mr Hay (Theodore) became a pioneer of Lighterage at the end of the 18th Century. A system which used smaller boats to transport precious cargo from the docks into Central London.

In 1838 Theodore Hay passed away, leaving the business to John Humphery Jr. He commissioned new warehouse buildings in 1856 where today you will find Hay’s Galleria (pictured below). 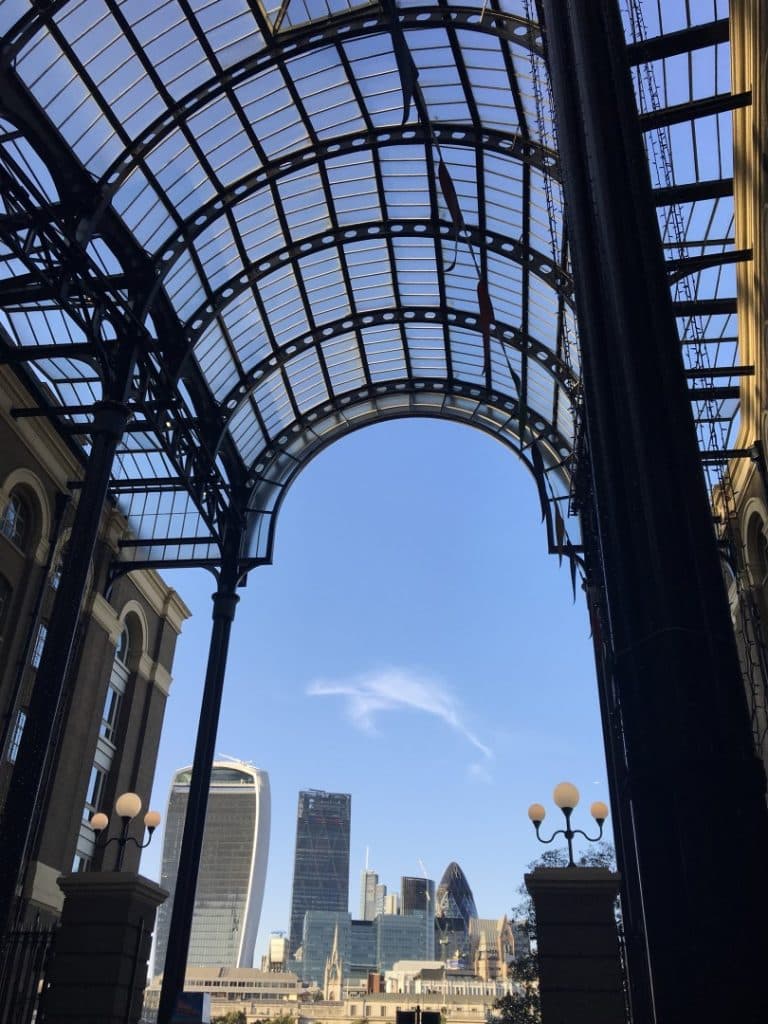 Sadly, the original was destroyed in the Tooley Street fire of 1861. But the company rebuilt and grew ever more wealthy, becoming the largest importers of tea in the Port of London.

Fast forward to the 1920s and they were looking to build a new company HQ.

On the site of St Olave’s church (I’ll come back to that…) a new headquarters was built 1928-1932. A rare example of Art Deco in Southwark and a beautiful one at that. 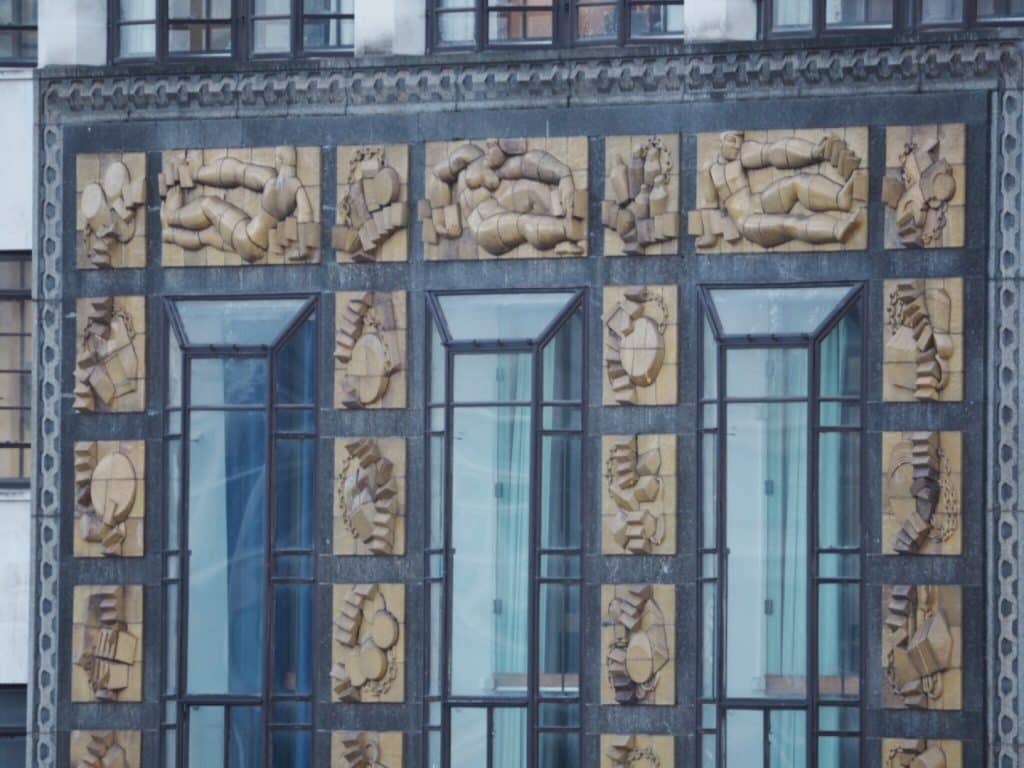 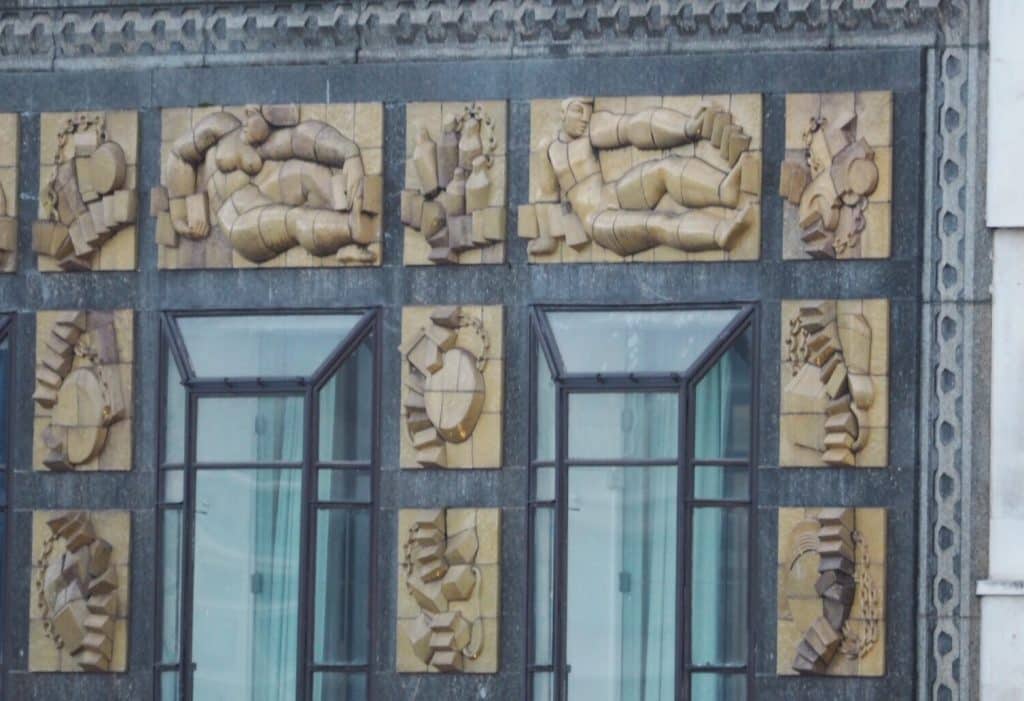 While below are depictions of the luxury goods traded in the City. 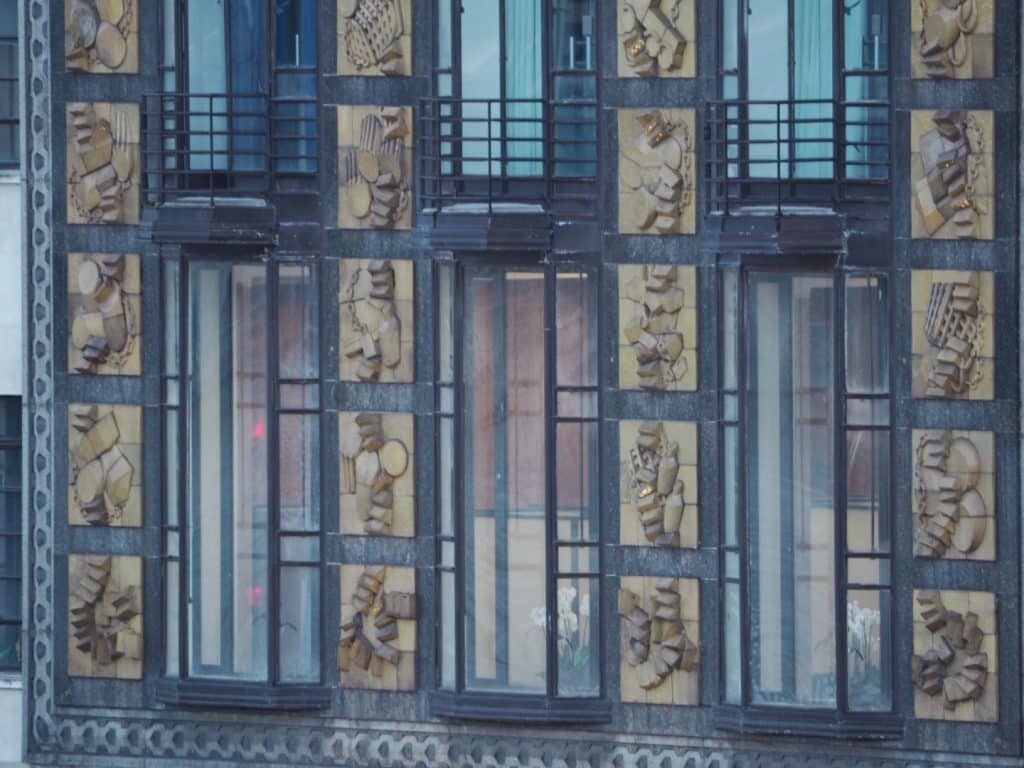 Today the building is known as Olaf House, named after the church of St Olave, Southwark. Despite a long history (it was even mentioned in the Domesday Book!) the church was no longer in use in the 1920s and was demolished in 1926.

Olaf House contains the consulting rooms and Cardiology department of London bridge Hospital. The change came as the docking industry was moving to Tilbury with containerisation and the Chairman of Hay’s Wharf saw that the building would be better suited as office space.

The odd name has an even more surprising back story. It comes from St Olaf (sometimes spelled Olave) who was an 11th century Norwegian King (1015-1028) and an ally of the English King Æthelred the Unready. 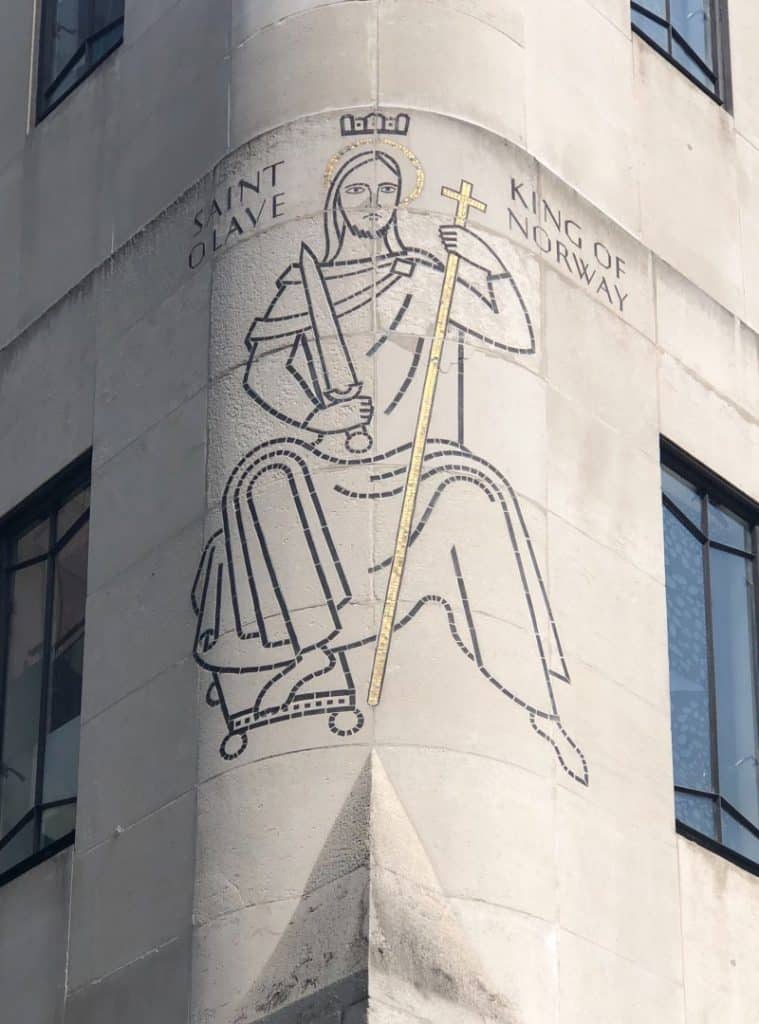 He was a popular English saint with no less than 5 City of London churches dedicated to him, probably because he helped us when the Danes kept invading. In fact, one instance of this is often given as the reason behind the ‘London Bridge is Falling Down’ nursery rhyme; In 1014 Danish invaders besieged an early London Bridge so Olaf instructed his long boats to wrap ropes around the supporting piers and drag it down.

There’s even more ’round the back!

Along with the depiction of Olaf himself, from Tooley Street, the views of Olaf House are equally striking. 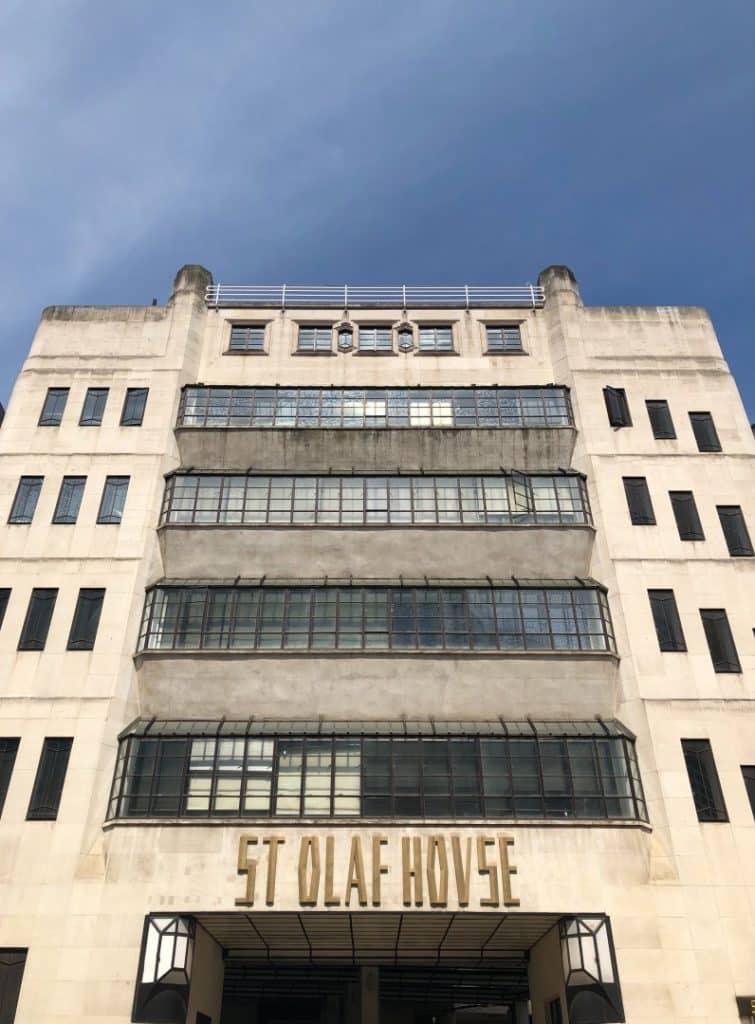 It’s worth going to admire the splendid Art Deco shapes of the staircase and car park ceiling! 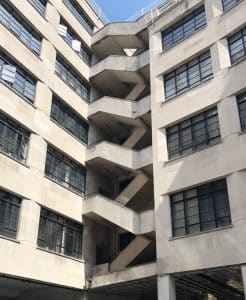 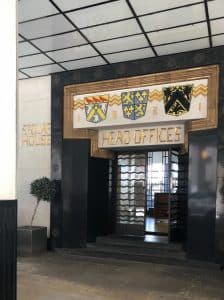 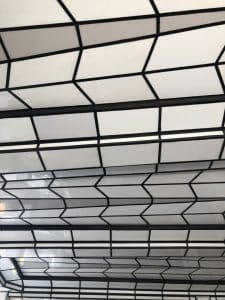 Have you ever wondered about the building, or maybe you know the hospital? Let me know in the comments!