Scottish Widows: A Lesson In Statistics

This plaque, tucked down Change Alley in The City, is a pretty clear clue that this building was the former Scottish Widows’ office at 28-30 Cornhill. 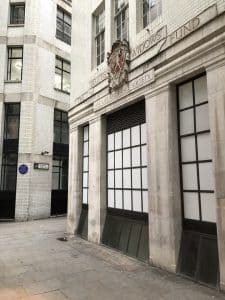 The building was constructed 1934-5 by William Curtis Green for Scottish Widows and though they moved out in 1997 (when it was converted into a restaurant) it’s been Grade II listed since 1995.

I was reminded of a great story (one of many) in Yuval Harari’s remarkable book, Sapiens: A Brief History of Humankind*. In the book the story explains the importance of statistics, but I thought it provided a nice link to this – now hidden – City plaque.

In 1744 two Scottish ministers, Alexander Webster and Robert Wallace, decided to set up a life insurance fund. The idea being that it would provide for widows and children of dead clergymen.

They proposed that each minister would pay a section of his monthly salary into a savings fund, but how should they determine the amount?

Being practical types they contacted a mathematics professor from the University of Edinburgh, Colin McClory. The three men then collected statistical data on death rates, numbers of children and years that widows outlived their husbands or remarried.

They used Jacob Bernouli’s ‘Law of Large Numbers’, which states that it’s hard to predict (with certainty) a single event. But, it’s possible to accurately predict the average outcome of many, similar events. 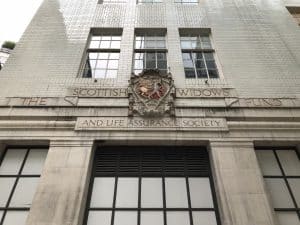 After their calculations were totted up. They determined that each clergyman needed to give at least £2, 12 shillings and twopence to guarantee a comfortable pension. They could also, if they wished, contribute as much as £6, 11 shillings and threepence. 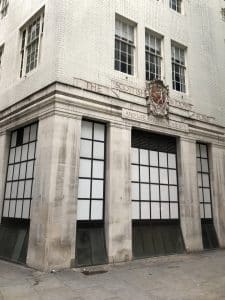 So They Started Scottish Widows, right?

Well, unfortunately it’s not that easy or simple. Today Scottish Widows is one of the largest pension and insurance companies in the world and anyone (not just ministers) can take out a policy. However there’s not actually a link between these two stories, sorry!

The Scottish Widows of the High Street began far later, March 1812. They say “a number of eminent Scotsmen gathered in the Royal Exchange Coffee Rooms in Edinburgh, to consider setting up ‘a general fund for securing provisions to widows, sisters and other females’.”

So the plaques functions as more of a reminder to the power of statistics rather than the history of Scottish Widows. However, it does show that there’s wonder to be found in City of London dingy alleys! Oh, there’s also an Honest Burgers there too…

*It really is a cracking book (I’ve re-read it a few times!) If you’re interested and click that link and end up buying a copy of Sapiens: A Brief History of Humankind

, I get a few quid as an affiliate member of Amazon. Just so we’re transparent here, I will only ever promote things to you if I’ve enjoyed myself.