Standing quietly on the banks of the River Lea, Three Mills Island can’t fail to take you by surprise when you first see it. 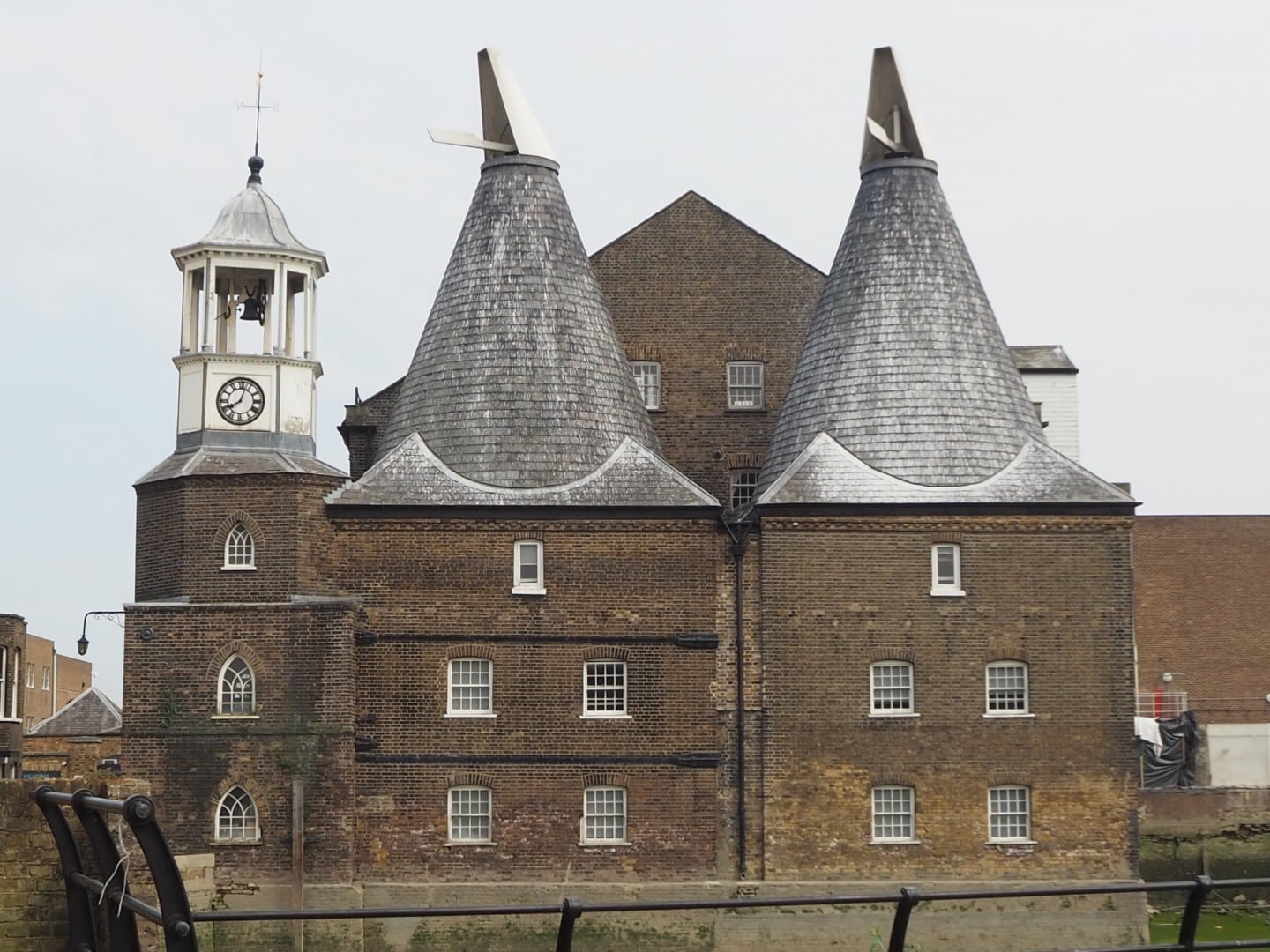 You’ll be happy to know though, that it’s authentically old. With an ancient history no less! 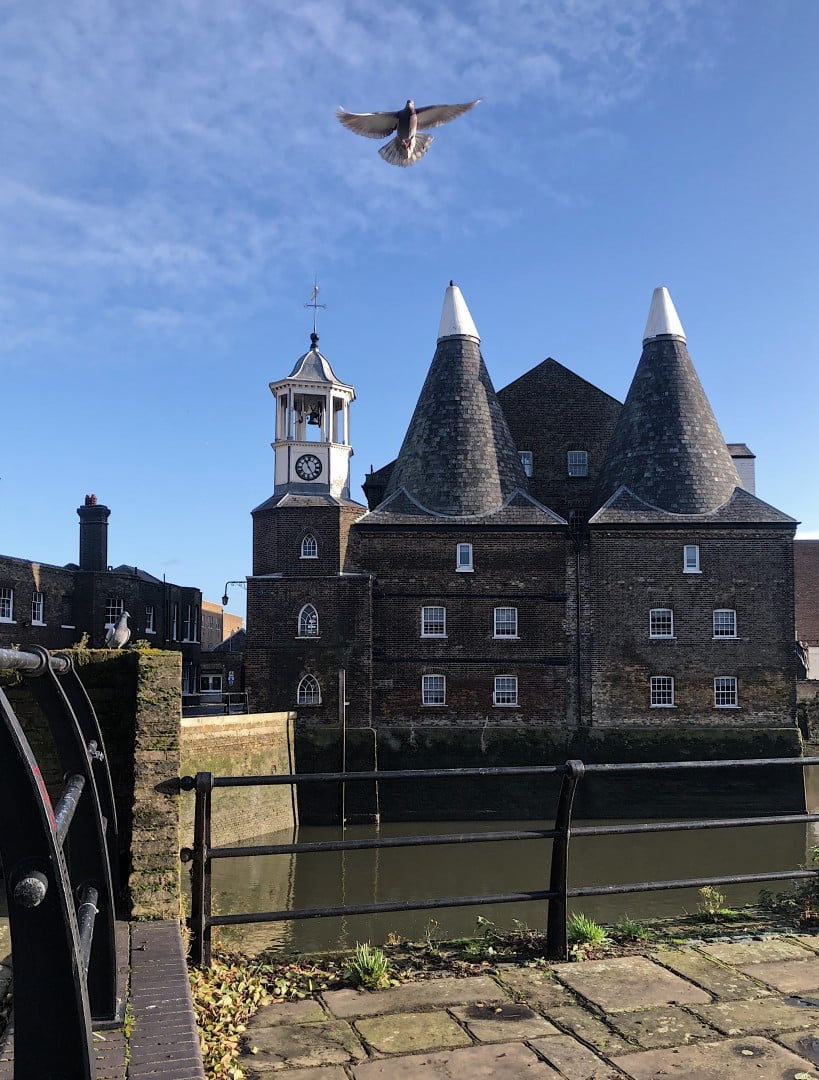 Once the border with rural Essex, the historic site today comprises of two former mills and The House Mill.

There are references to mills on this site in the Domesday survey of 1086, the earliest record of a tidal mill system in England (although it’s thought there are far earlier ones in existence).

The land was then bought by Stratford Langthorthe Abbey c.12th or 13th century, the abbey having been founded in 1135.

The mills provided grain for the bakeries at Stratford-atte-Bow who in turn provided quality bread for the City of London. But after the dissolution of monastic land in the mid 1500s the industrial centre fell into private hands and at one point were used for grinding gunpowder!

The current mills were bought in 1727 by three local Huguenots; Peter Lefevre, Daniel Bisson and John Debonnaire. It was a strong location for mills, the strong tidal flow meaning a good eight hours of power per tide. 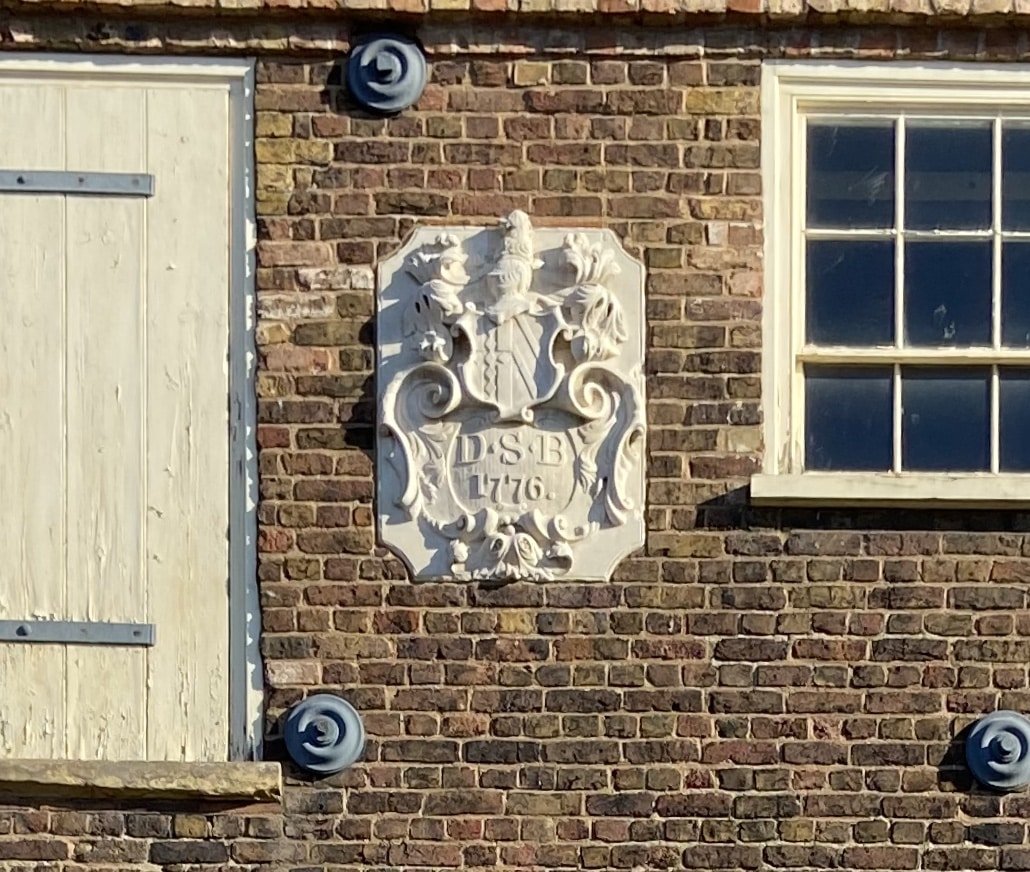 DSB 1776 stands for Daniel Bisson and the date the house was rebuilt.

As well as grain for bread, the mill – the largest surviving tidal mill in Britain – provided grain for gin.

By the early 19th century the mills had 18 millstones driven by seven waterwheels. They continued to mill (and distill) until after 1945 but then gradually fell into disrepair.

In the 1980s the House Mill was converted into a museum and then from the 1990s the mill buildings transformed into film studios.

The other mill buildings were also built in the mid 1700s but sadly there was a fire in 1802. The majority was rebuilt in 1817 by Philip Metcalfe. 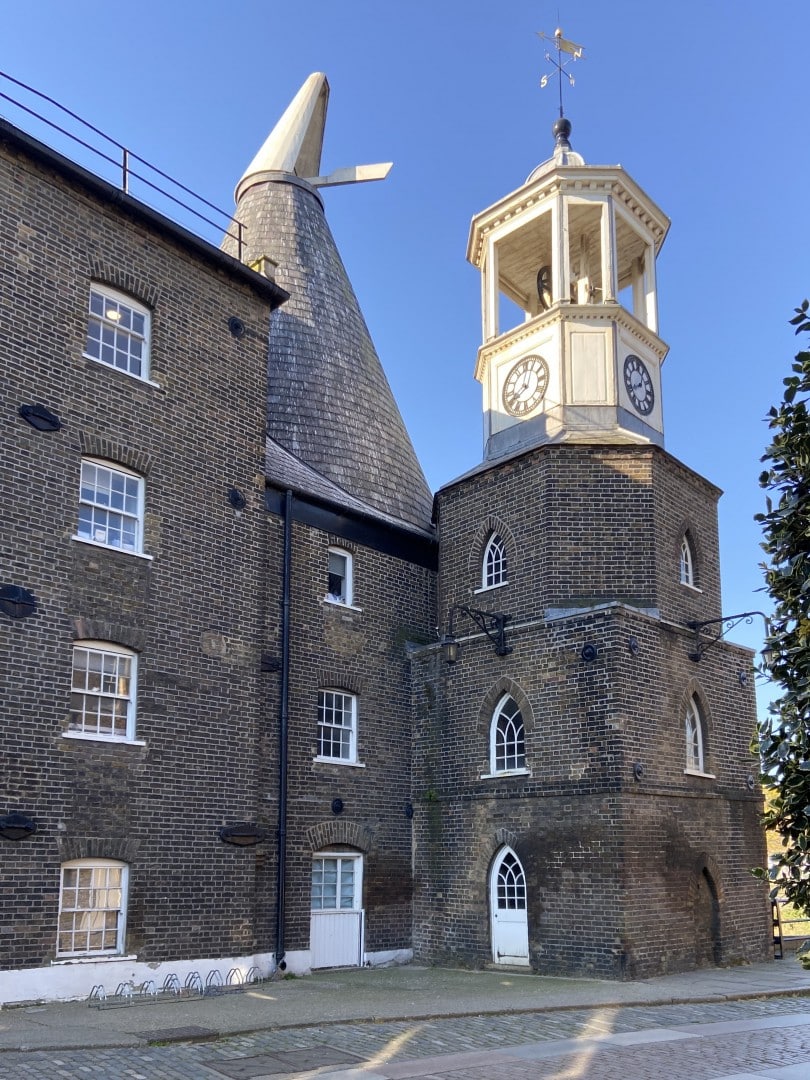 The Liquid History of Three Mills

In 1873 the distillery was acquired by J&W Nicholson & Co, producers of fine spirits including gin. They had worked closely with the three mills site since the 1770s and it was from here that they produced their famous London Dry style.

On their website they report that the Duke of Wellington was a fan of their spirit and at his state funeral they provided some of the dray horses required to pull his 18-ton funeral car.

The company is still going today as Nicholson’s Pubs.

The Clock Mill has now been converted into housing but was erected in the 1750s. Its original wooden base was reconstructed in brick 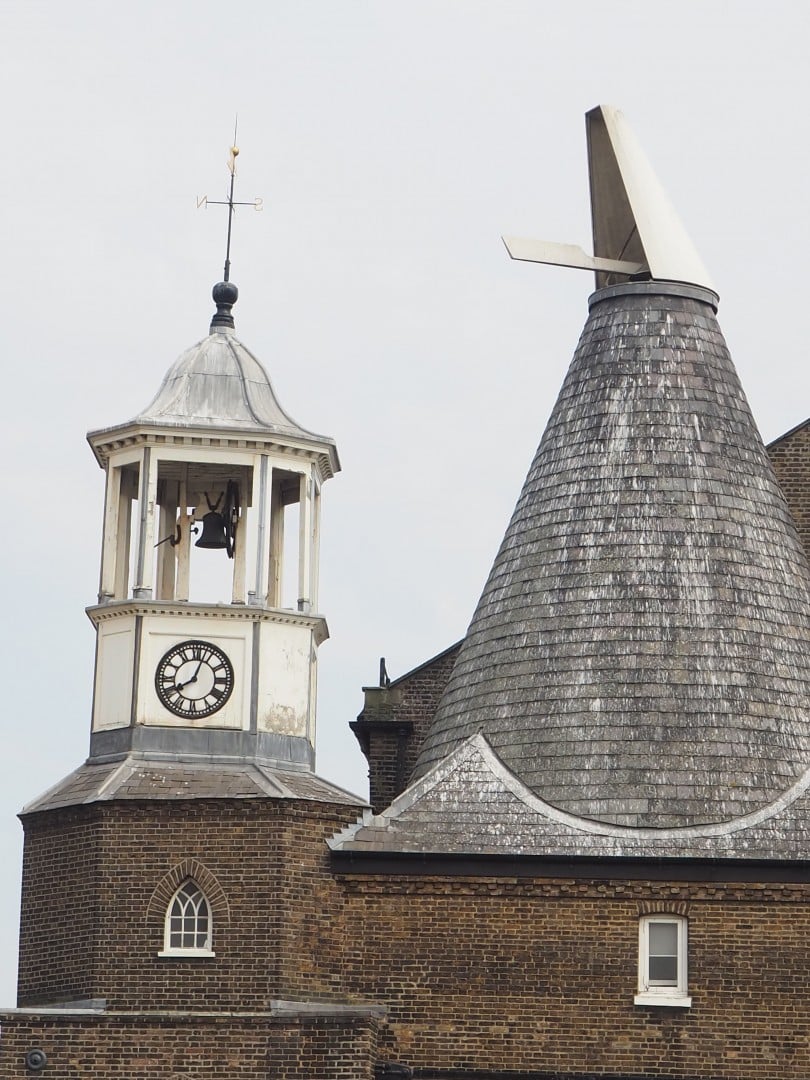 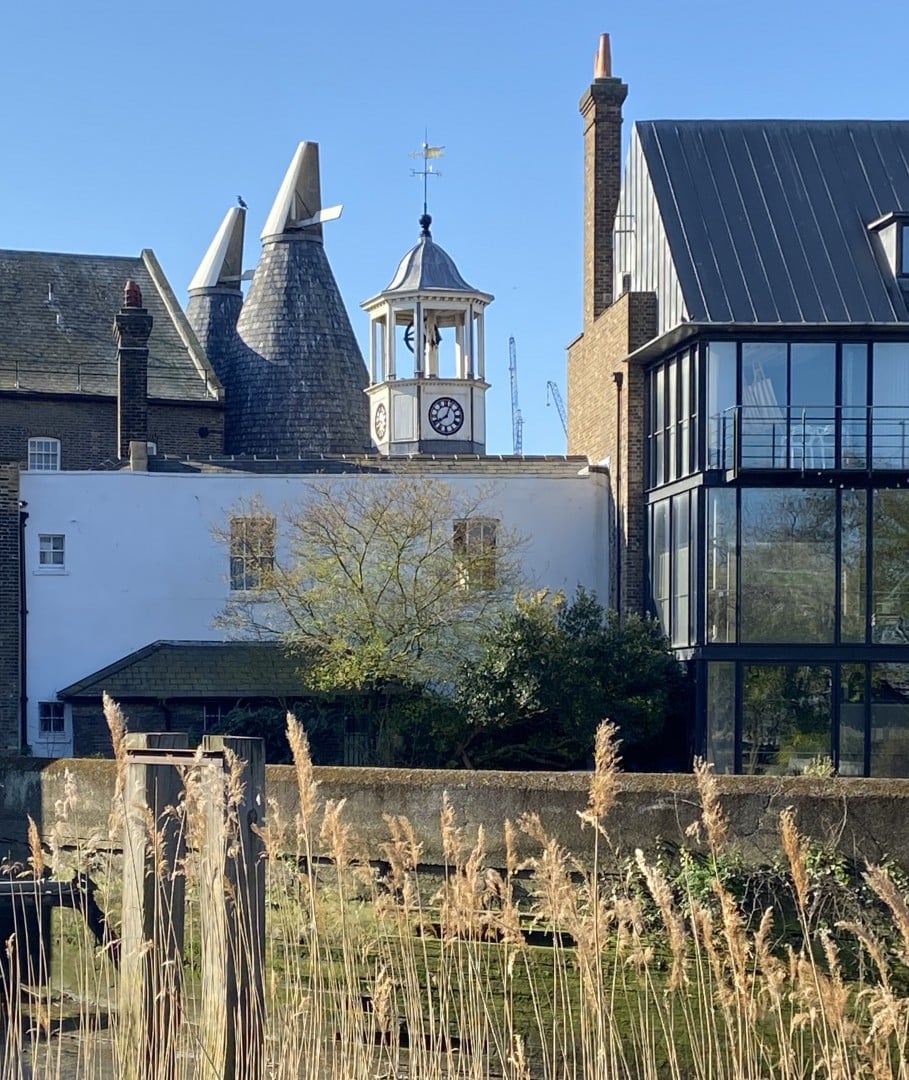 I can’t resist sharing my own personal connection; I first came across 3 Mills studios when I was participating in the London 2012 Olympics Opening Ceremony, spending many a long day rehearsals using the larger stages alongside hundreds upon hundreds of other volunteers!

3 Mills has an impressive client list including hit TV shows like Luther and Killing Eve. It’s also popular with some of the biggest filmmakers including Danny Boyle, Wes Anderson and Tim Burton. As well as film, It’s used frequently by West End productions, blockbusters like Mary Poppins, Cats, Miss Saigon, Wicked and War Horse to name a few.

The House Mill is run by the River Lea Tidal Mill Trust and under normal circumstances is open to the public every Sunday from May to October.

The cafe is also open every Sunday for a takeaway service and hopefully their guided tours will resume soon.