Walking through Liverpool Street Station, you’d be hard pushed to imagine a Medieval asylum, a Masonic Temple and a house that survived the Great Fire all occupying this site.

But its secret history is there. You just have to know where to look! 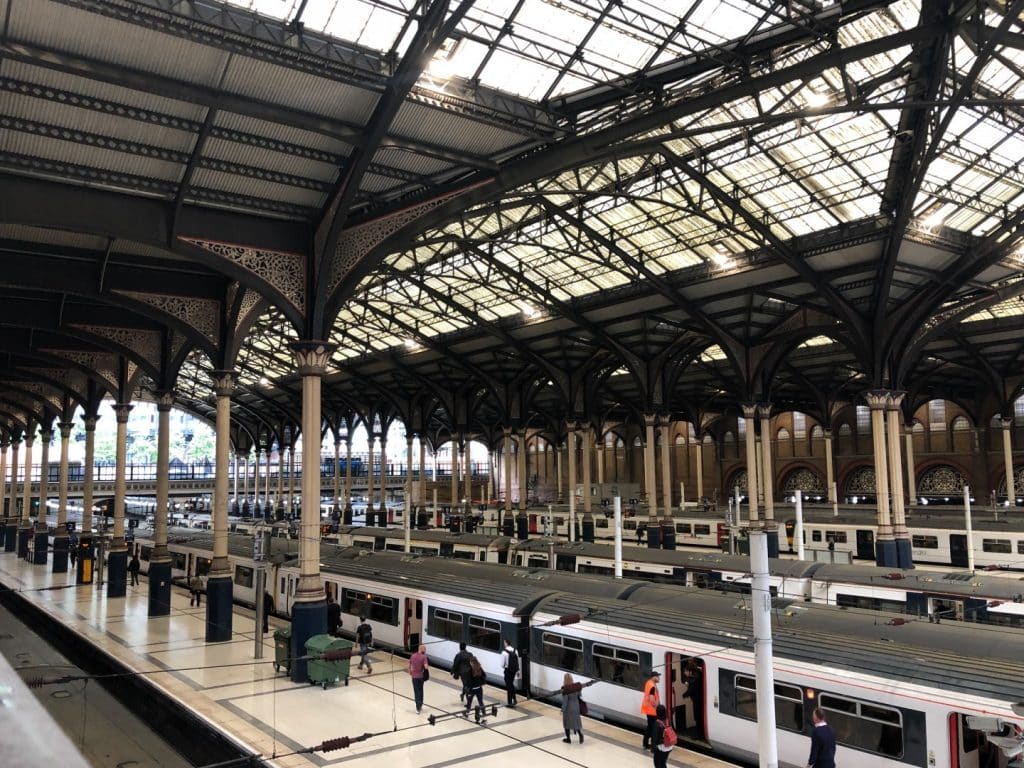 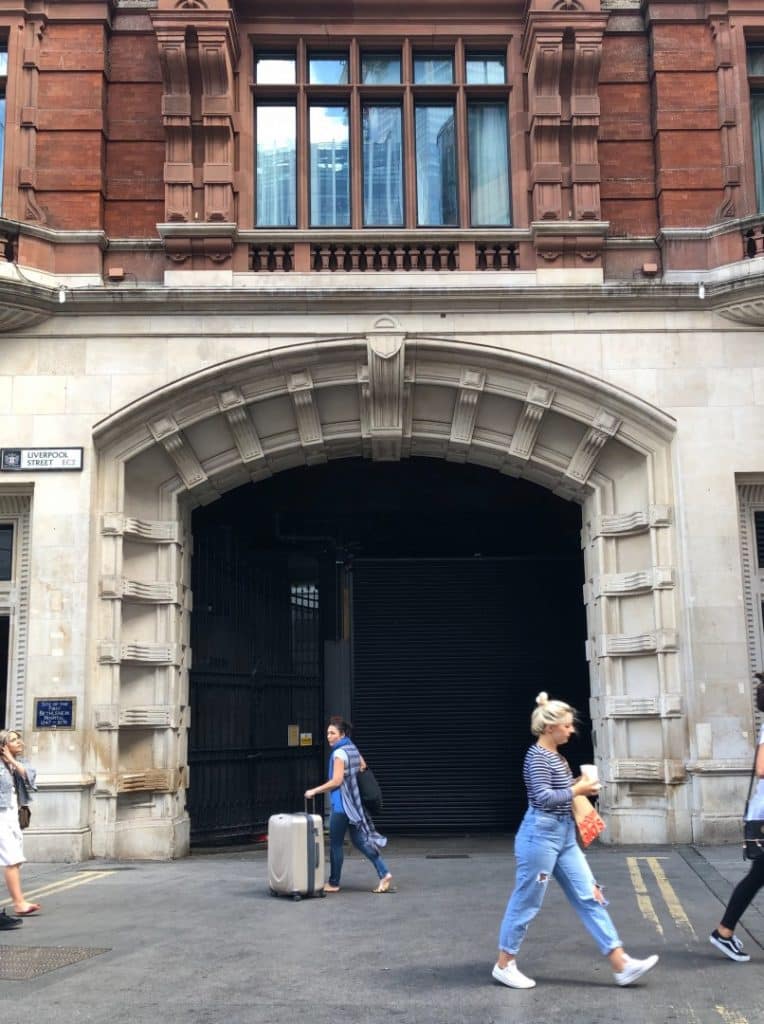 Founded in 1247, originally it was a priory to collect money for the crusades. It was established by Goffredo de Prefetti, the Bishop-elect of Bethleham. A City which had been conquered by Catholic forces in 1099.

When the Christians lost Bethelem in 1244, the priory became a ‘hospital’ which at the time just meant somewhere that the poor and needy could be cared for. Over time it became more and more secular and by 1547 it was under the control of the City. 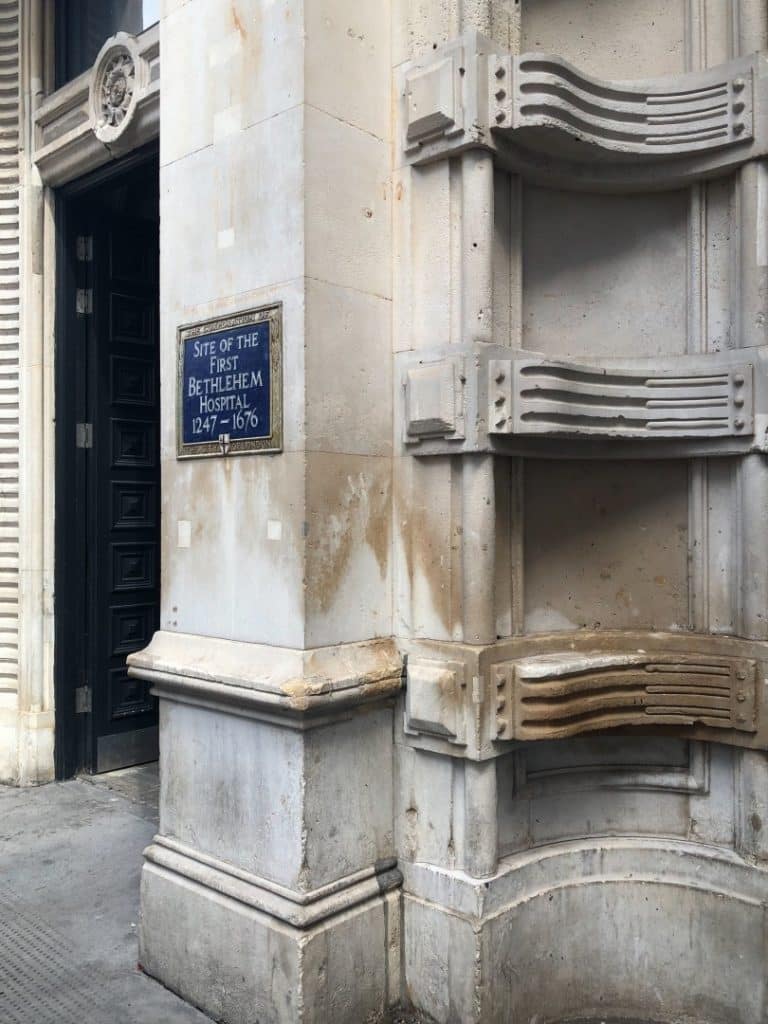 It’s hard to say what led the hospital to start specialising in mental health, but in 1403 The History of Bedlam says that the visiting Charity Commissioners recorded six inmates who were ‘mente capti’ meaning mentally ill. It was later described by William Gregory, London’s Lord Mayor in 1415, as “An abode for those that have fallen out of wit”.

From the 14th century the hospital was commonly referred to as ‘Bedlam’ and today, that’s short-hand for confusion and up-roar.

In 1674 the management noted that Bethlehem Hospital was “very olde, weake & ruinous”. The decision was made to rebuild the hospital in Moorfields. In 1814 it moved to Southwark (the site of the current Imperial War Museum) and today the hospital is in Beckenham where there’s also a museum where you can learn more about the history.

Bishopsgate, the road where an entrance to Liverpool Street Station stands today, was a very important historic thoroughfare.

But if you were to walk along it in 1599 you may have seen the construction of a majestic house for a wealthy merchant named Paul Pindar.

Knighted by James I in 1620, Pindar settled himself in his Bishopsgate home in 1623 after serving as a diplomat abroad. Although he was wealthy enough to be lend money to Charles I and pledge £10,000 to the rebuilding of St Paul’s Cathedral, the Civil War of the 1640s meant Pindar had huge debts at his death in 1650.

Sadly the property was demolished in 1890 to make way for the expansion of Liverpool Street Station, but that’s not where the story (or visual clues!) end. 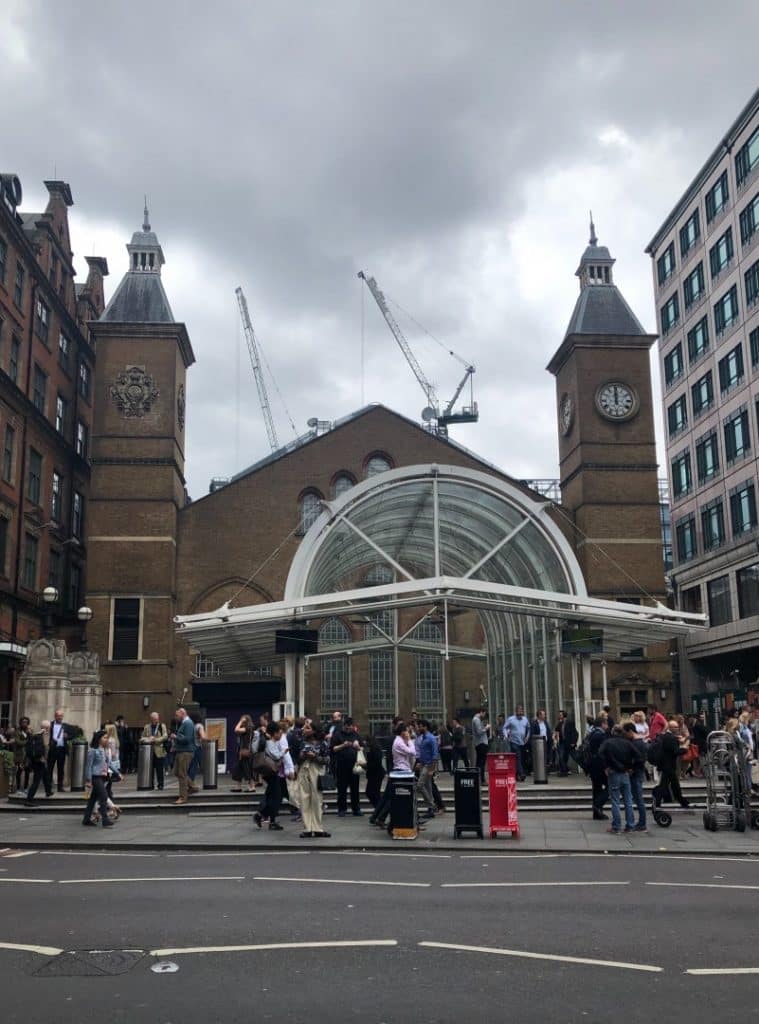 A painting from 1620 (which you can see above the bar of Lady Abercorn’s Pub on Bishopsgate) shows Paul Pindar’s house. 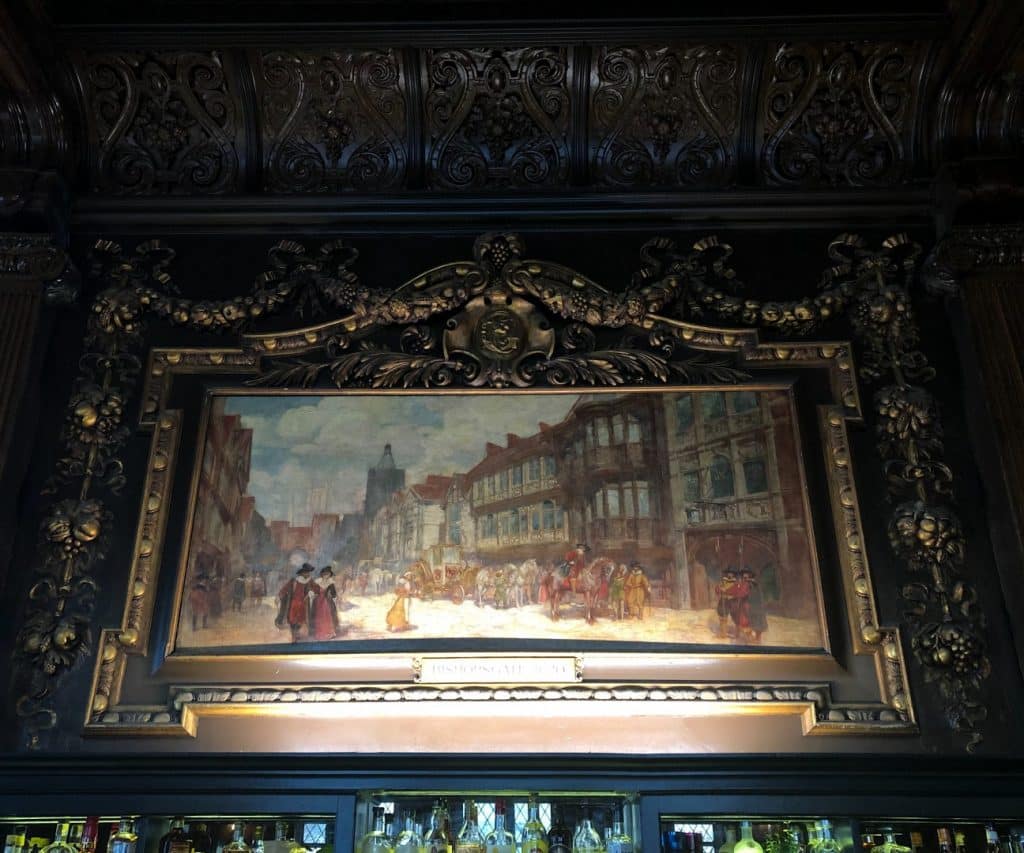 Pindar’s house is the second from the right, with dark brown bay windows jutting out into the street.

There’s also a street named after him around the back of Liverpool Street Station. 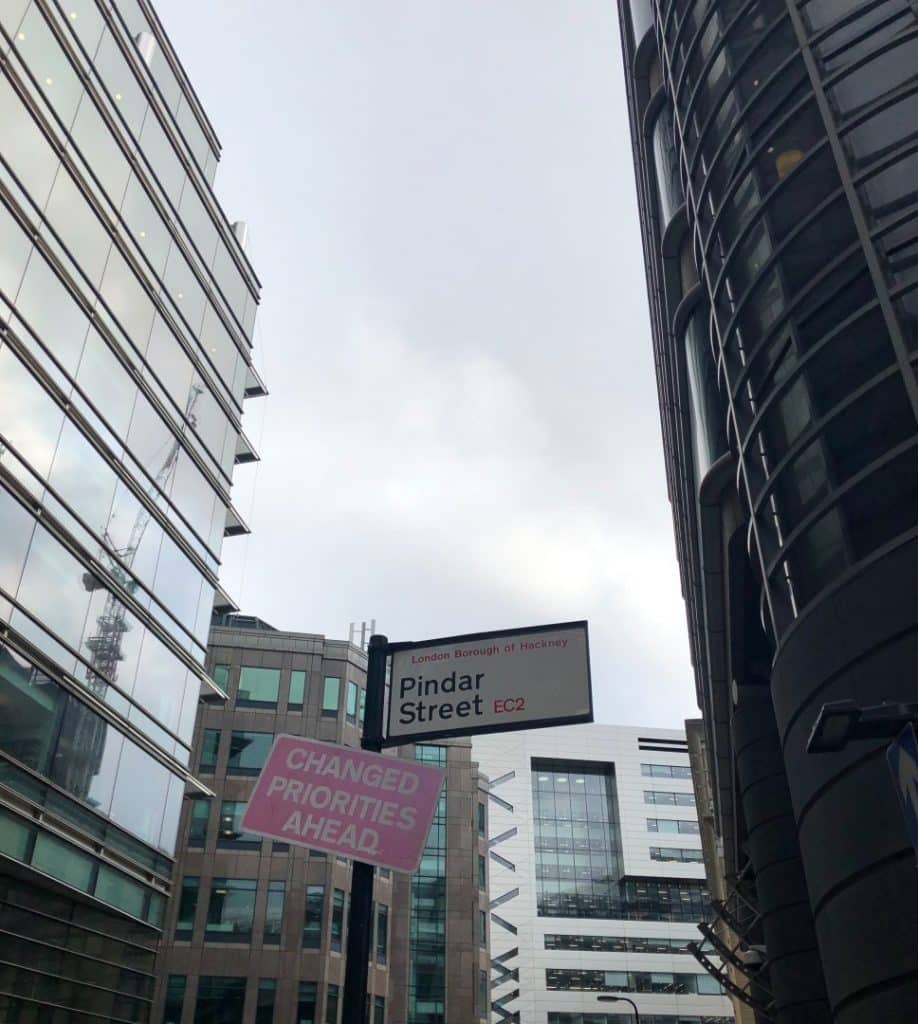 But most impressive of all is the survival of one bay of his three-storey home. Happily, you can visit this for free at the Victoria and Albert Museum in South Kensington! 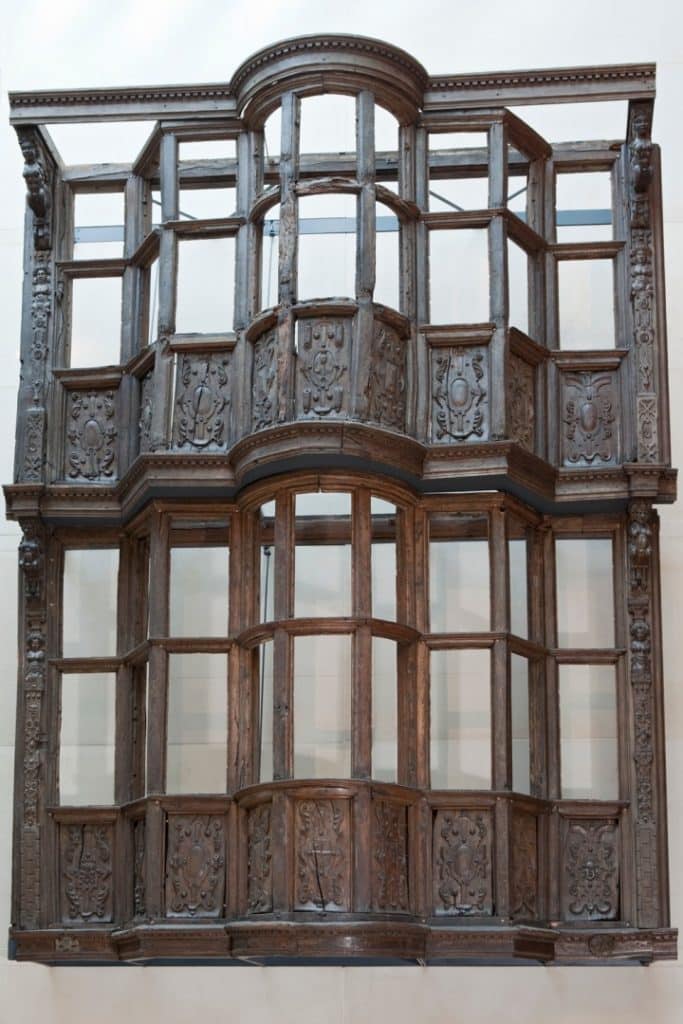 Image from the V&A Collections

With the expansion of the railways in the 19th century, glamorous hotels attached to stations were popular.

The Great Eastern Hotel opened in the 1890s but was closed in 1996, a sorry-looking reminder of its past can be seen on the upper level of the Station today. 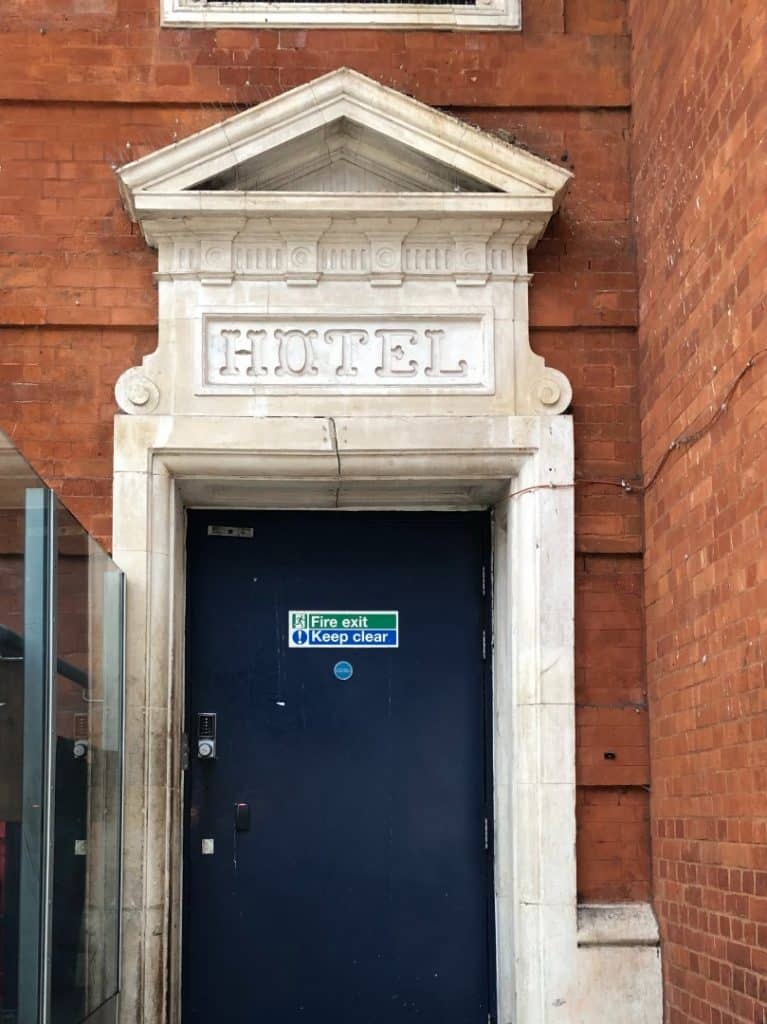 In its place appeared the Andaz Hotel and like any new venture occupying a historic site, they had to keep a few of the original fittings and fixtures. So far so normal…

However, something that may have come as a shock to them was the hidden Masonic Temple, discovered behind a wall of the hotel in 1912. 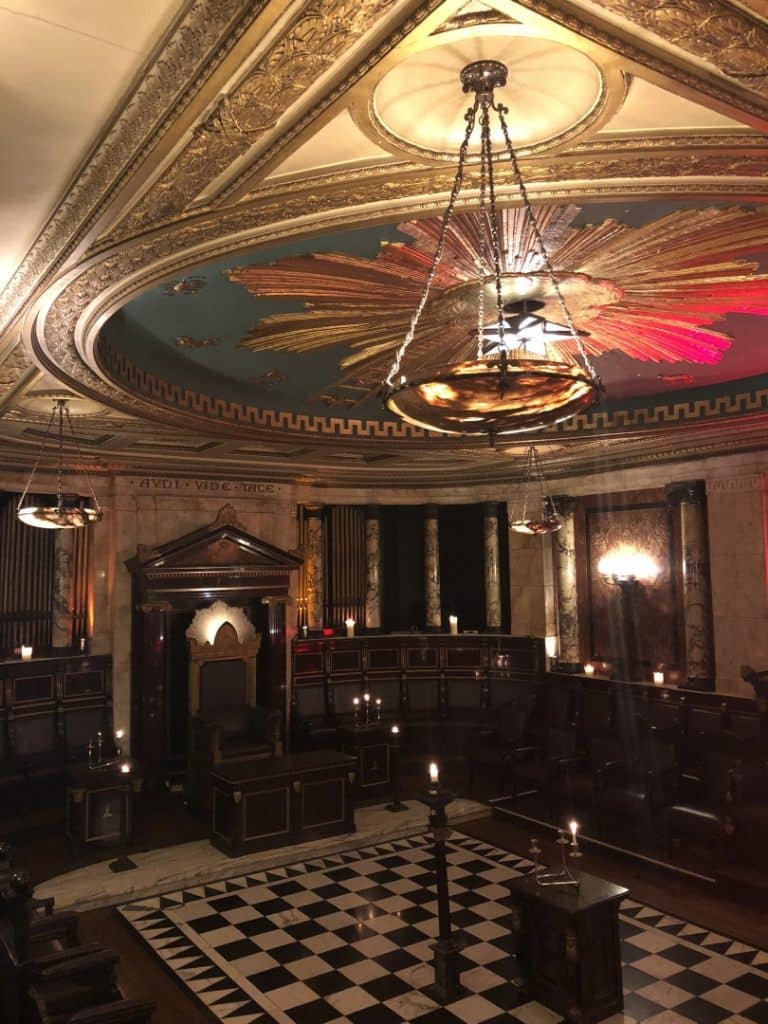 Today they use the space for events, even weddings, if you’re interested…

It’s available to visit during Open House London (and if you ask a member of staff nicely to show you!)

Have you noticed any other quirks of Liverpool Street Station? Let me know!