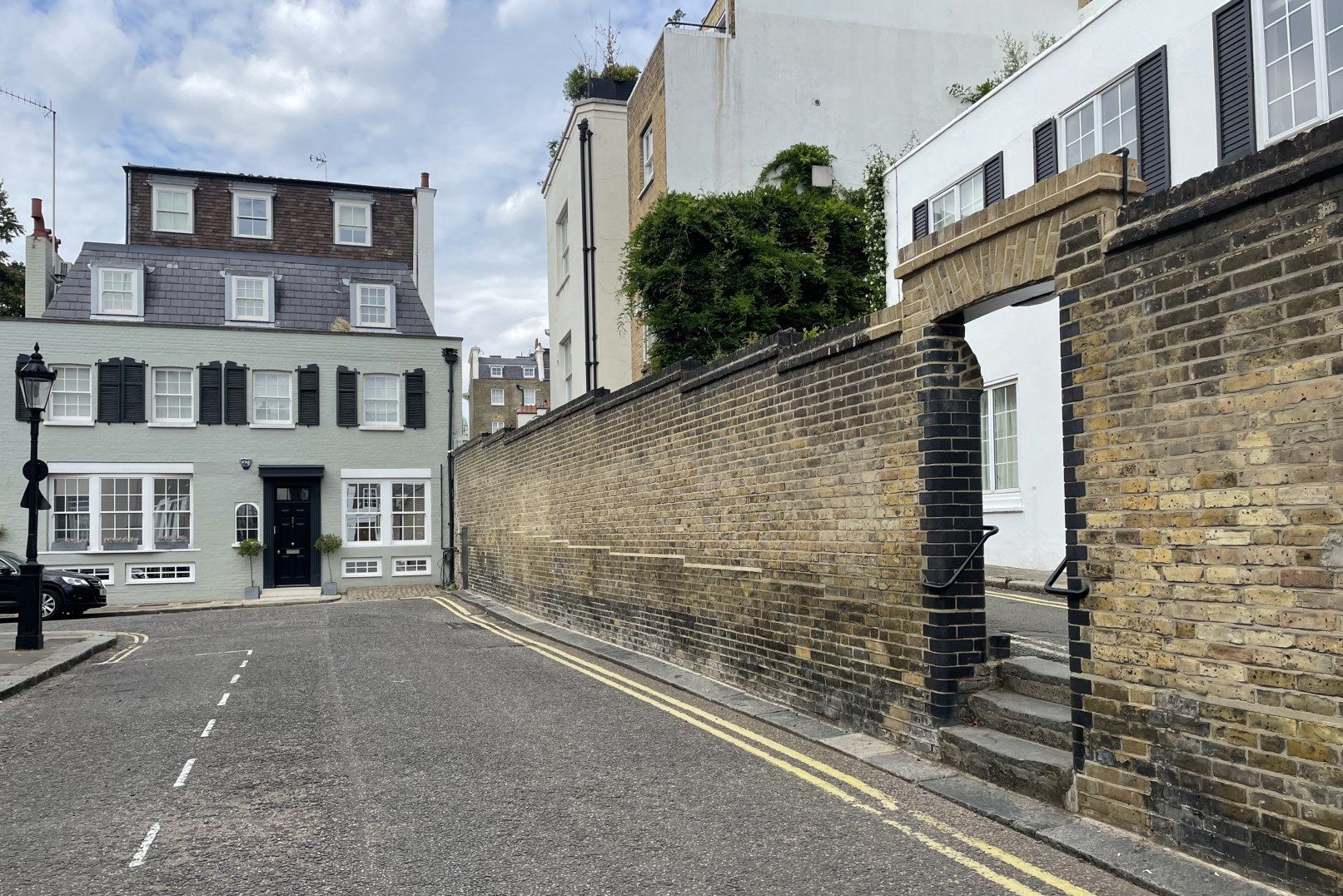 The Odd History Behind The Hole in the Wall in Kensington

While planning a bespoke private tour in the back streets of Kensington I noticed an odd marking on google maps; “The Hole in the Wall”. When I saw it in person it’s rather more substantial than a hole and a little plaque gives a hint about its odd backstory.

You can find this oddity on Rutland Mews East amongst the haven of quiet, beautiful cobbled mews off the main drag of Brompton Road.

The wall in question, probably built in the 19th century, once marked the edge of the Rutland Estate.

History of The Rutland Estate

The network of streets named Rutland Gate are a surviving clue along with the two offset residential squares. These two green spaces were once the lower and upper fields, part of the 3-acre site known as Wellfields and owned by William Muschamp.

By 1752 John Manners, 3rd Duke of Rutland, had built Rutland House which sat on the upper fields while the lower was being used as a paddock.

The Duke was MP for Rutland and was also a patron of the arts; a big collector of paintings, drawings and prints as well as one of the Directors of the Royal Academy of Music.

Rutland House can be seen on the C and J Greenwood map of 1828 (pictured below) and was a middling-sized mansion, two storeys and built of red brick house with Portland-stone dressings. In short, very adequate for the Duke, his lover; Mrs Elizabeth Drake and their (illegitimate) 7 year old son; Edward.

The Duke did have an older son and heir; John Manners, Marquess of Granby, so perhaps that explains the relatively small size and out-of-the-way location for this property.

Manners seems to be the most exemplary of first-born aristocratic sons; educated at Eton then graduating from Cambridge, becoming an MP and then serving as a Lieutenant-General in the British Army during the 7 years war.

However, Manners died in 1773, shortly before his father in 1779, so the house passed to Elizabeth Drake. She eventually died in 1800 and it was left to her son; Edward and then to his wife; Ann Stafford.

When Ann died the house was put up for sale but failed to attract a buyer. It was demolished for redevelopment in 1836 and the estate passed from the Manners family in 1853.

But back to the hole in the wall…

The wall enclosing the Rutland Estate was fairly troublesome for residents, creating a long detour up towards Hyde Park and around and along Brompton Road to the shopping district of Knightsbridge.

However, as fate would have it a bomb – dropped on 25 September 1940 – destroyed the boundary wall.

The plaque proclaims that ’At the request of residents, a right of way was established when the wall was rebuilt by the City of Westminster’.

So from 1948 residents north of Ennismore Street can enjoy a speedier walk to Harrods!