In Search of Art Deco

Most of us can recognise the style, but what about the finer details? 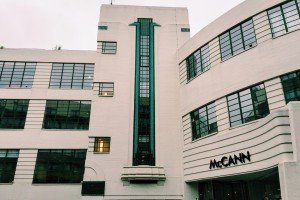 Giving us a taste of the streamline moderne or ‘Miami Deco’ style is the Daimler Building, now owned by McCann, the advertising firm. In less capable hands this could’ve been a complete disaster, mismatched shapes and straight lines flowing into curves, but the architects (Wallis Gilbert & Partners 1931) did a fantastic job of pulling it all together, adding green details which emphasis the cinema-like style we associate with Deco. Legend also has it that Fisher Price modelled their famous toy garage on the circular driveway on the right. We’re all (Yannick included!) a little sceptical of that fact though… 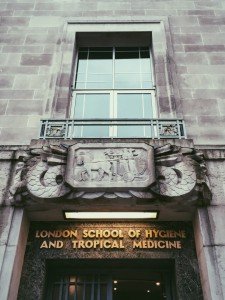 Another favourite was the tiny details spotted on the London School of Hygiene and Tropical Medicine building, like the decorative carved frieze above the entrance incorporating stylised serpents coiled either side of the classical design. Also can you spot the tiny gold mosquitos just above? In fact there are disease and venom-carrying animals included all around the building including fleas, snakes and rats. Delightful! 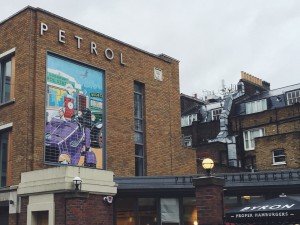 More recent, but no less lovely, is a mosaic by Brian James. Now a Byron, there used to be a garage on this spot (some say the oldest petrol station in London) but it was demolished in 2008. The artwork was commissioned by the Bedford Estate to celebrate the history of the Bedford Family in Bloomsbury. It hints at their family horse racing colours (purple and white) and their association with automobiles. An intriguing addition is the aeroplane in the background, a reference to Mary (Duchess of Bedford) who took up aviation in her 60s(!) who sadly disappeared while flying on a solo flight in 1937. 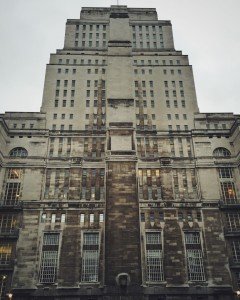 Finally we took in the impressive sight of Senate House, built in 1934 by Charles Holden for the University of London and considered as London’s first skyscraper. It’s said that George Orwell took this building as his inspiration for the Ministry of Truth for 1984, as his wife used to work here during the war when it was the Ministry of Information. Looking up at the domineering structure (beaten only by St Paul’s Cathedral when first built) you can believe it.