Princelet Street, and the mysteries it hides, never ceases to amaze me.

At no. 19 is the Museum of Immigration and Diversity.

It’s rarely open to the public due to its fragility, but I recently went to an open day for a look inside the time capsule.

The story of Princelet Street and Spitalfields in general is one of immigration. From Huguenots to Irish and Jews to Bengalis, waves of people have made the street their home and left traces of their lives here. 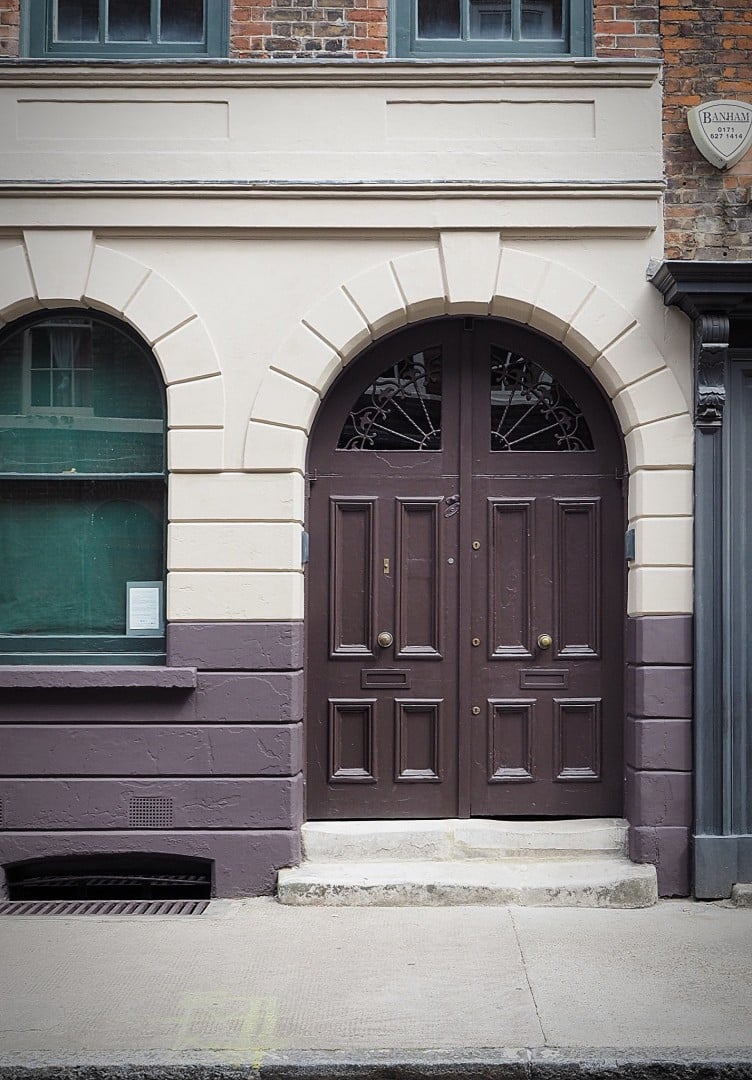 The earliest houses on Princelet Street appeared in 1700 and Number 19 was built in 1719, first home to a Huguenot silk merchant Peter Abraham Ogier.

Other poor weaver families succeeded the Ogiers then later it was home to Irish and Polish immigrants. But the family home changed drastically in 1869, when the back garden was built over and the East End’s first purpose built  synagogue installed for the growing Jewish population.

It was Polish Jews that bought the lease for the house and with hard-earned financial contributions from the local community, the synagogue opened in 1870.

It was in use until the 1970s but is now looked after by the Spitalfields Centre charity, a Grade II* listed building that’s on English Heritage’s ‘Buildings at Risk’ register. 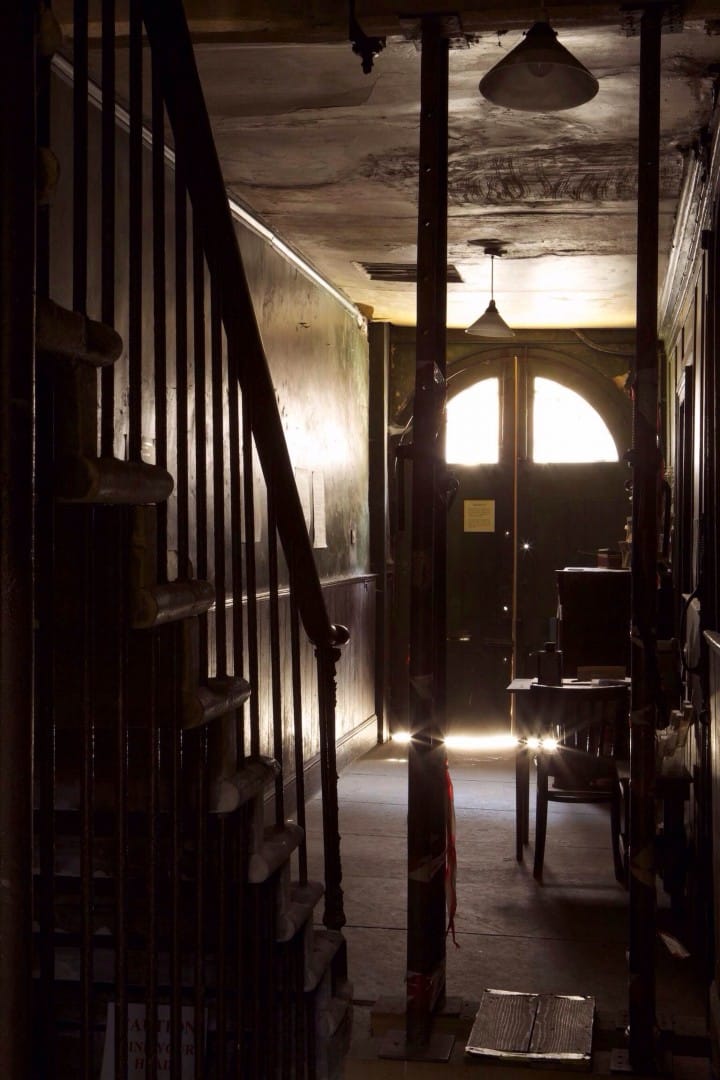 When you first enter the crumbling building, you’re reminded – In a collection of languages – to “listen to the building”.

And boy can you feel the ghosts of people, from a myriad of countries, who have walked across these same floorboards. 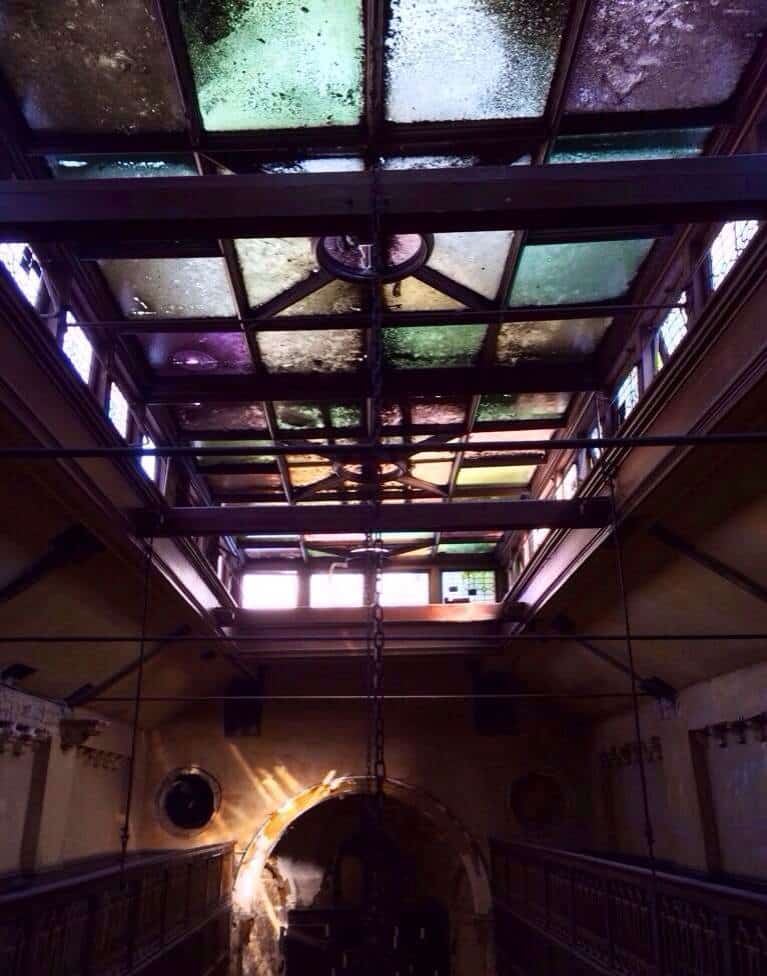 Looking up you’ll see names of the Jewish congregation commemorated on wooden panels, like “In memory of the late Fanny Reinnalf who died 18 April 1953” who left £7 to the synagogue. 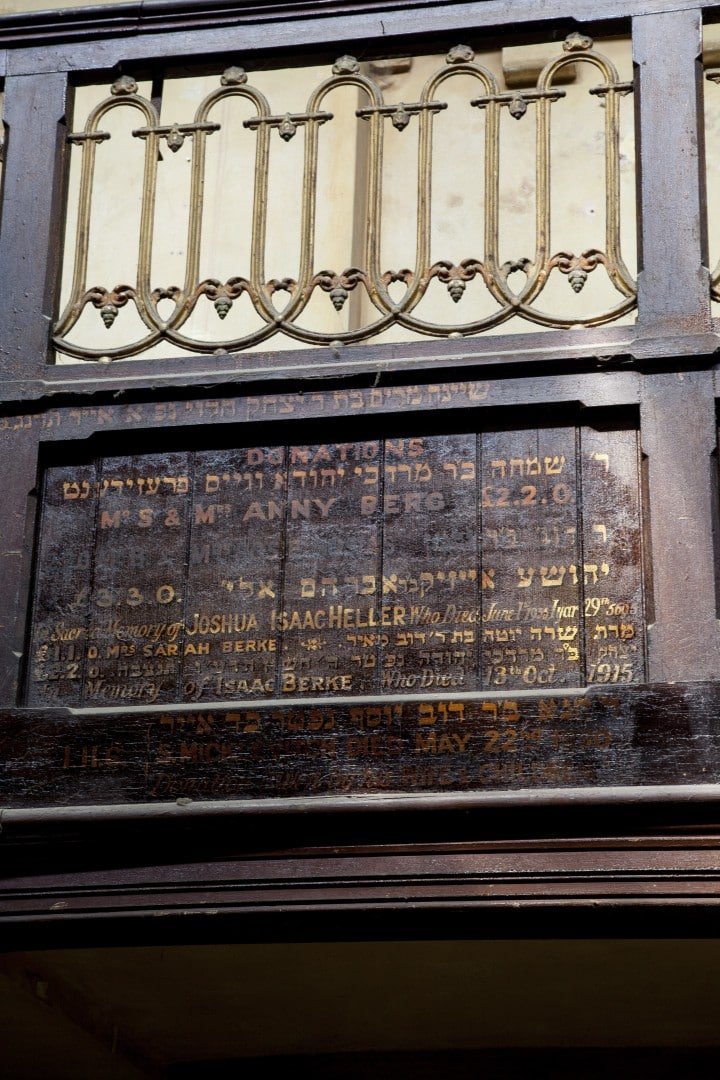 Israel Sangwill – the eminient 20th century Jewish writer – paints a vivid picture of the lively atmosphere when in its prime;

“The worshippers dropped in, mostly in their workaday garments and grime, and rumbled and roared and chorused the prayers with zeal which shook the windowpanes.”

As well as the museum’s main exhibit: the building itself, there are two installations – Suitcases and Sanctuary created by local primary school groups who contemplate immigration, identity and belonging; and Leave to Remain by 3 refugee artists taking a wry look at the issue of Asylum in Britain today. 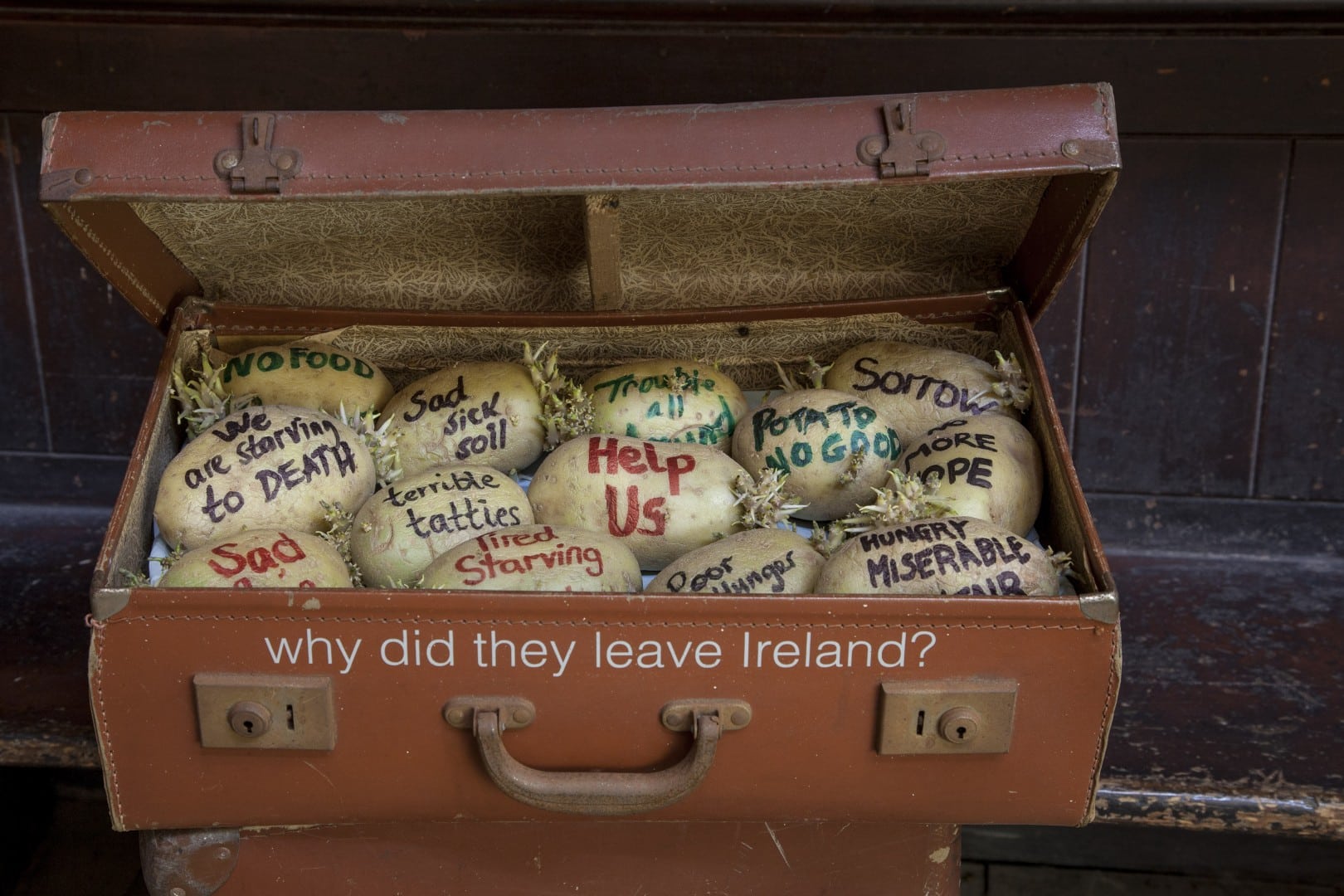 A deceptively simple yet powerful explanation of the Irish Potato Famine in the groundbreaking ‘Suitcases and Sanctuary’ exhibition in London’s Museum of Immigration and Diversity. Photo © Ed Marshall / 19 Princelet Street.

In the middle of London’s most diverse borough it’s a place for debate and dialogue on a topic which is integral to London’s history and future. 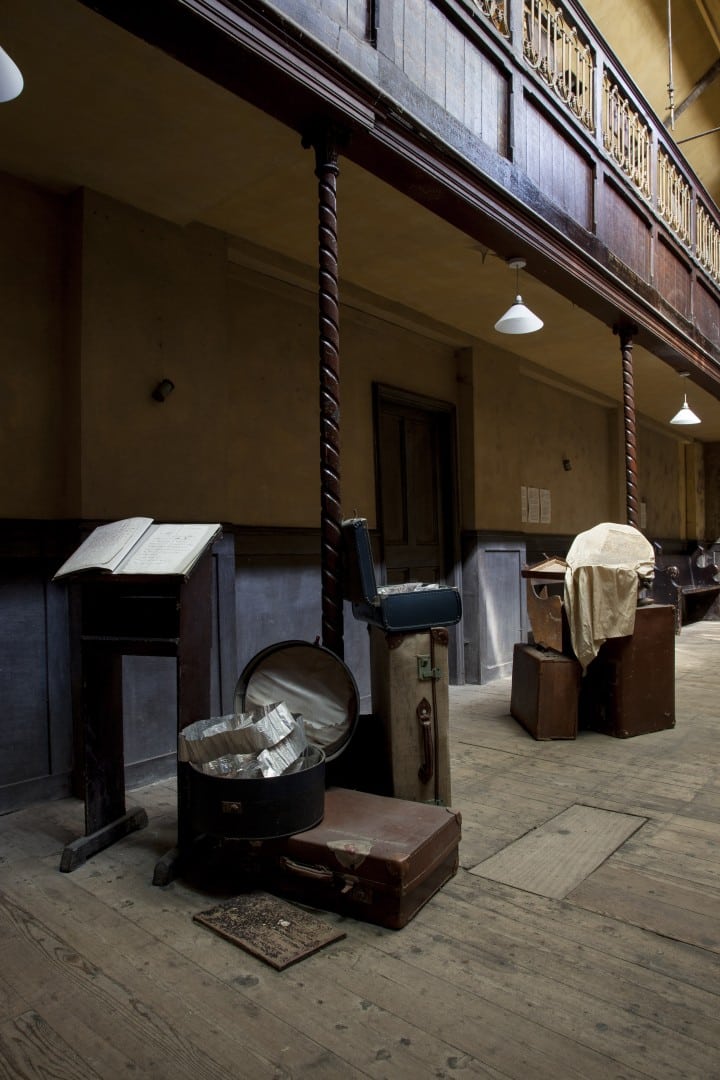 The internationally praised Suitcases and Sanctuary was thoughtfully designed to harmonise with this fraying monument to our cultural diversity. Photo © Ed Marshall / 19 Princelet Street. 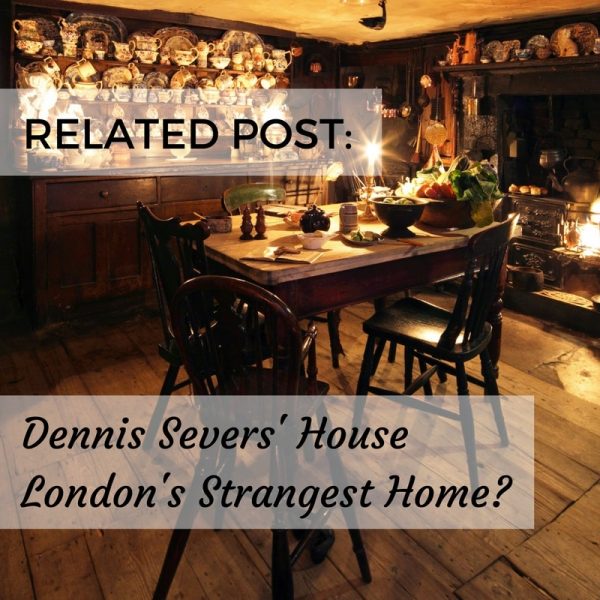 And there are more surprises.

Downstairs, below the synagogue, a basement was created: community space which, in the 1930s, hosted antifascist meetings including those planning the famous ‘Battle of Cable Street’ against Oswald Moseley’s blackshirts. 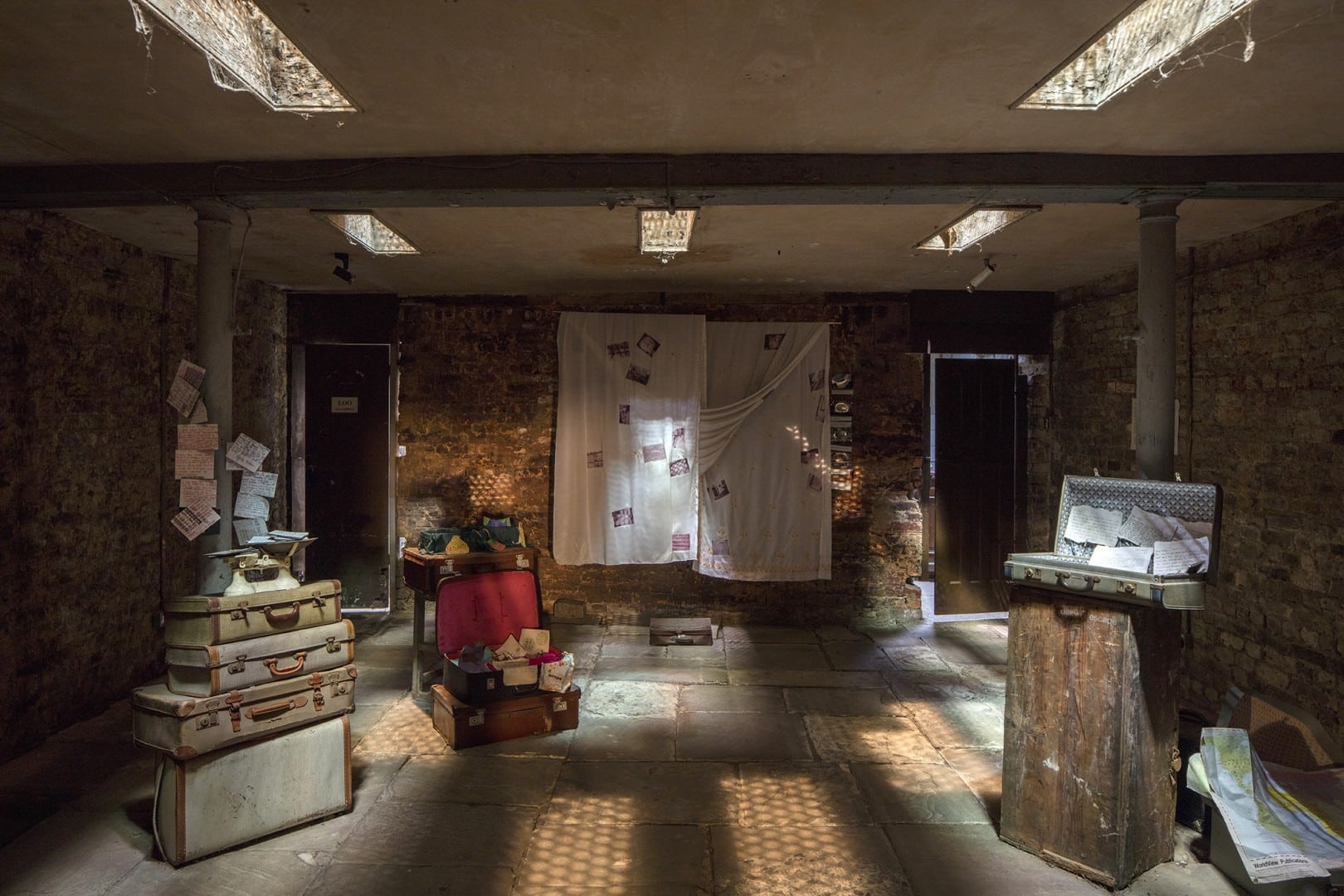 Suitcases and Sanctuary in the basement of the magical and historic 19 Princelet Street encapsulates the many stories of movement and settlement that have shaped London’s East End. Photo © Morley Von Sternberg / 19 Princelet Street.

More recently, the attic was unlocked in 1980 and writings in a collection of 15 different languages were found apparently left by the mysterious Mr Rodinsky who disappeared in the 1969.

So the house continues to surprise and amaze us.

It doesn’t really do the place justice, to pigeon hole it into the category of a ‘museum’ it’s more of an immersion and I urge you to go and explore it for yourself.

They don’t have anymore listed open days this year, but you can find out the latest events, keep up to date and organise a private group tour on their website here.

NB Photography is not permitted inside so pictures have been reproduced with permission and credits from 19 Princelet Street where captioned.