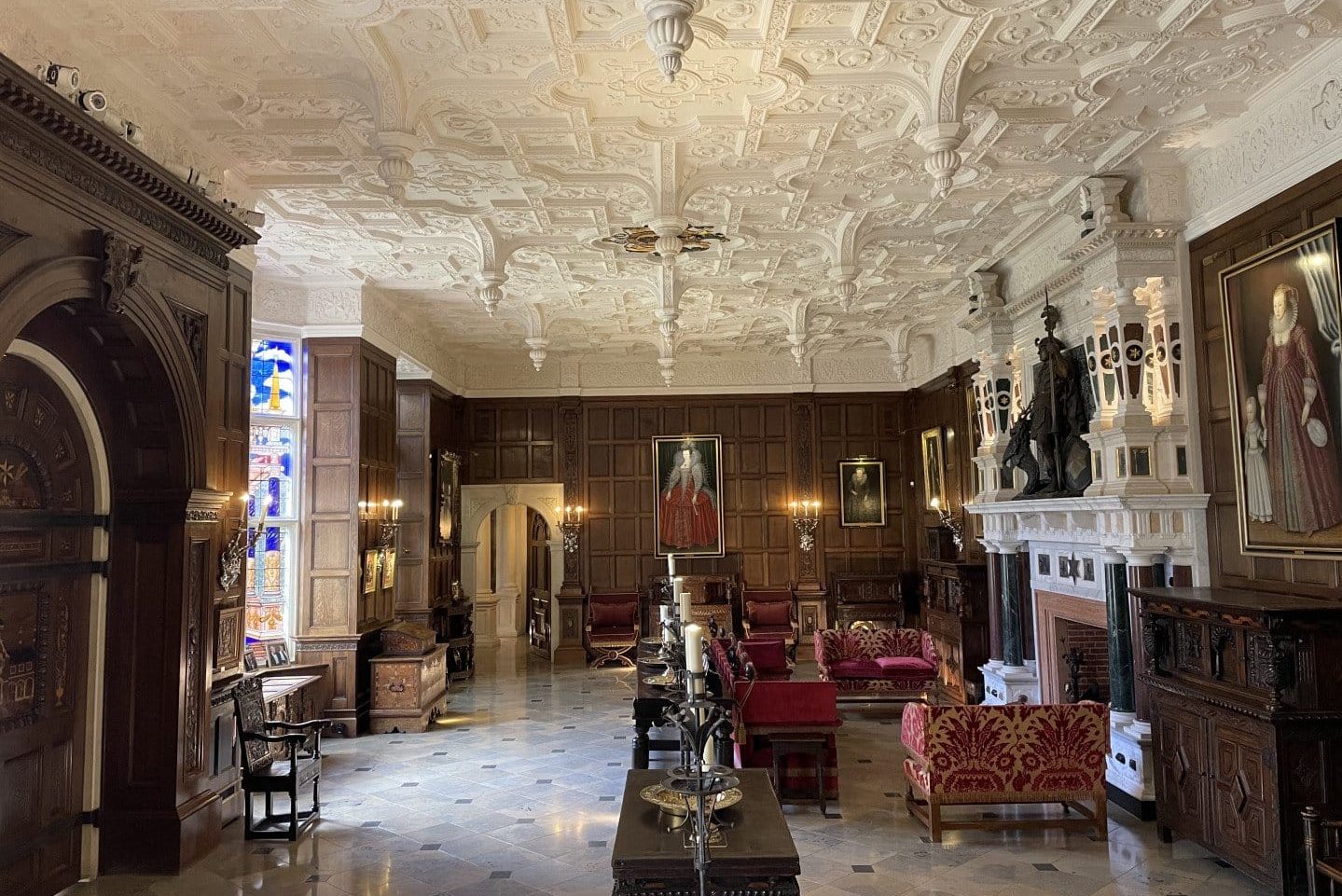 I’m constantly surprised by the wonderful doors that have opened since starting this blog back in 2015. A case in point was that a few weeks ago I wrote about the extraordinary history of Crosby Hall; the Medieval Mansion that was moved 5 miles across London in 1910 and is now a private home.

The owner of Crosby Hall is Dr. Christopher Moran, Chairman of Co-operation Ireland. A successful businessman and philanthropist and acknowledged expert on Tudor, Elizabeth and Early Stuart furniture. For 30 years he has been working on a complete restoration of the 15th century hall and creating a Tudor Riverside Palace now known as Crosby Moran Hall, which puts the Great Hall back into its historical context in terms of architecture.

If you’re wrinkling your nose at the idea of a faux-Tudor style building, but you’d be mistaken. The care and dedication given to the project is simply staggering.

I was invited to have a look inside the exquisite property and thankfully, I’m able to share some photos with you as well…

In terms of the original Crosby Hall, built 1466 for John Crosby, the actual Great Hall survives and has been fully restored.

Guided by English Heritage the Oriel Window has been repainted to reflect its original ceiling colours.

Here are the internal and external views;

The rest of the house has been restored and reconstructed in the same style with exquisite attention to detail. It also houses Christopher Moran’s unrivalled collection of 16th and early 17th Century English Furniture and some extraordinary paintings of he period with works by such artists as Holbein, Van Dyck, Eworth, Dobson, Hilliard, Gheeraerts and Cranach as well as many others. There are wonderful paintings of King Henry VIII and Sir Thomas More who was a former owner of Crosby Hall.

A guest bedroom with a view overlooking the internal courtyard garden;

As well as the main rooms there is also a (spectacular!) traditional fan-vaulted chapel in its latter stages of restoration. On our tour Dr Moran described the perfect acoustics when the choristers of the Chapel Royal visited recently. It doesn’t take too much to really feel transported back into Tudor London.

Crosby Moran Hall is a private residence, not open to the public. However, throughout the year Christopher Moran welcomes groups from artistic institutions with a genuine scholarly interest in the Tudor, Elizabeth and Early Stuart periods on a case by case basis. You can find out more on his website here.