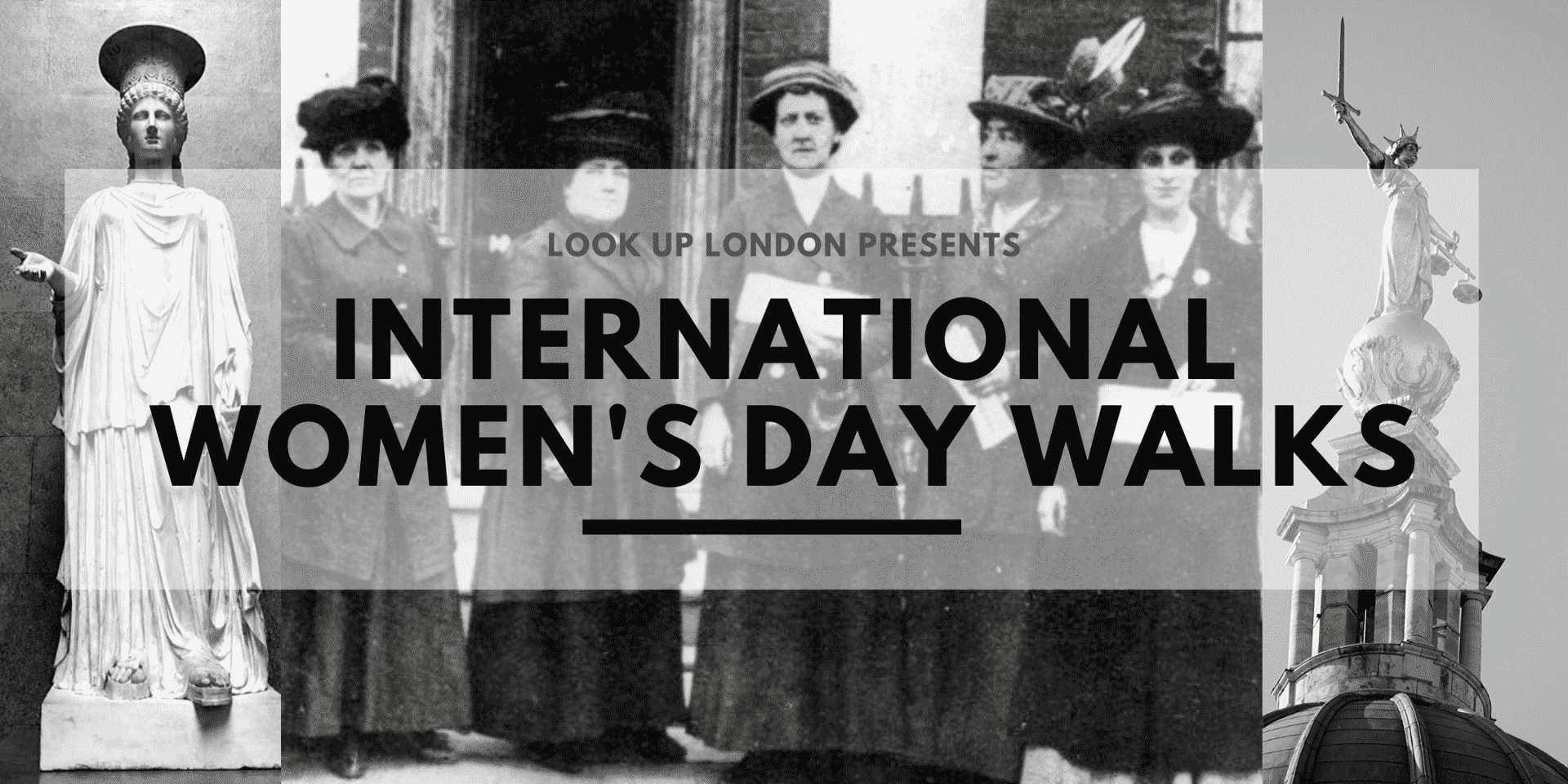 Following from the success of Look Up London’s Feminist Jack the Ripper Tour, this International Women’s Day we are presenting a range of walks across London with handpicked professional guides telling the most entertaining and inspiring history of London’s women.

Everyone is welcome (- not just women!) All walks are £15 with a max group size of 20 people. You can read about each tour and the guide delivering the walk below. International Women’s Day Walks tickets are sold through Eventbrite and the exact locations and meeting points are listed on the individual events. 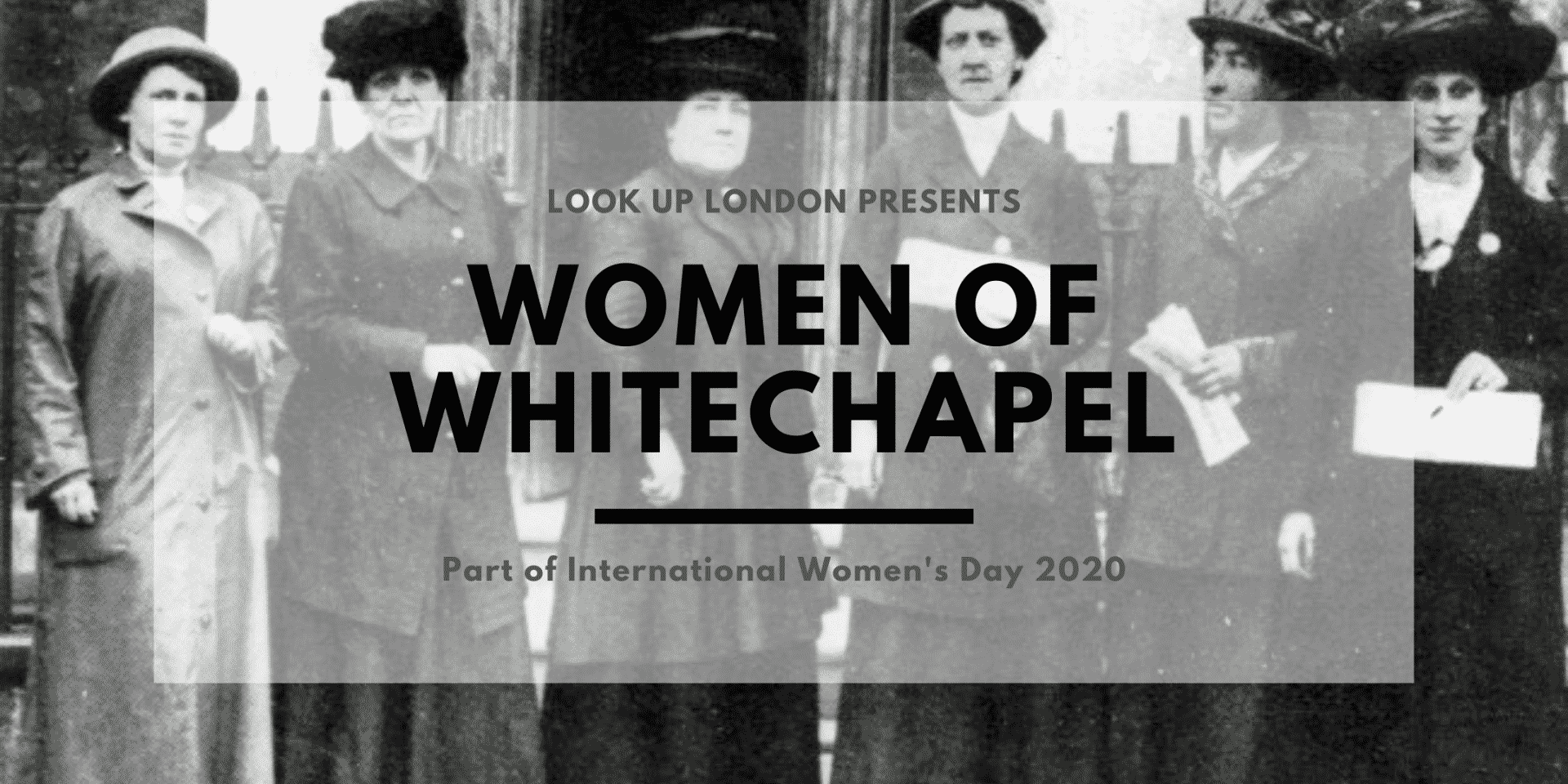 From Princesses to Philanthropists, Whitechapel is a bursting with stories of inspiring women. Trace their footsteps in the shadow of the City of London and hear their history.

Dismissed in the 19th century as a hotbed of vice and sin, Whitechapel’s locals and visitors were forces to be reckoned with and we’ll be uncovering the thought-provoking history both past and present.

More than a century ago Bertha Cave was “awfully sad” she wasn’t allowed to be a law student. Others were barred from practising law even though they had legal qualifications and Gwyneth Bebb was told, in no mean terms, that a woman wasn’t even ‘a person’ in a solicitor’s world.

Yet Bertha, Gwyneth, Maud, Rose, Elizabeth and many more women in law were blazing a trail. We’ll explore the legal enclaves of London to see how they together contributed to turning the page from Bertha to Brenda, Lady Hale recent president of the highest court of the land.

The St. James’s area has historically been the epicentre of the British establishment – ground zero for royalty, aristocracy and political bigwigs. And for centuries, the neighbourhood was quite masculine, full of shops, restaurants and exclusive members clubs all catering to the English gentleman.

But many inspiring and influential women also lived and worked here. On this walk, we’ll learn about some of these fascinating women – people as diverse as actress and royal mistress Nell Gwynn, mathematician Ada Lovelace and politicians Margaret Thatcher and Nancy Astor – not to mention our most famous queens. 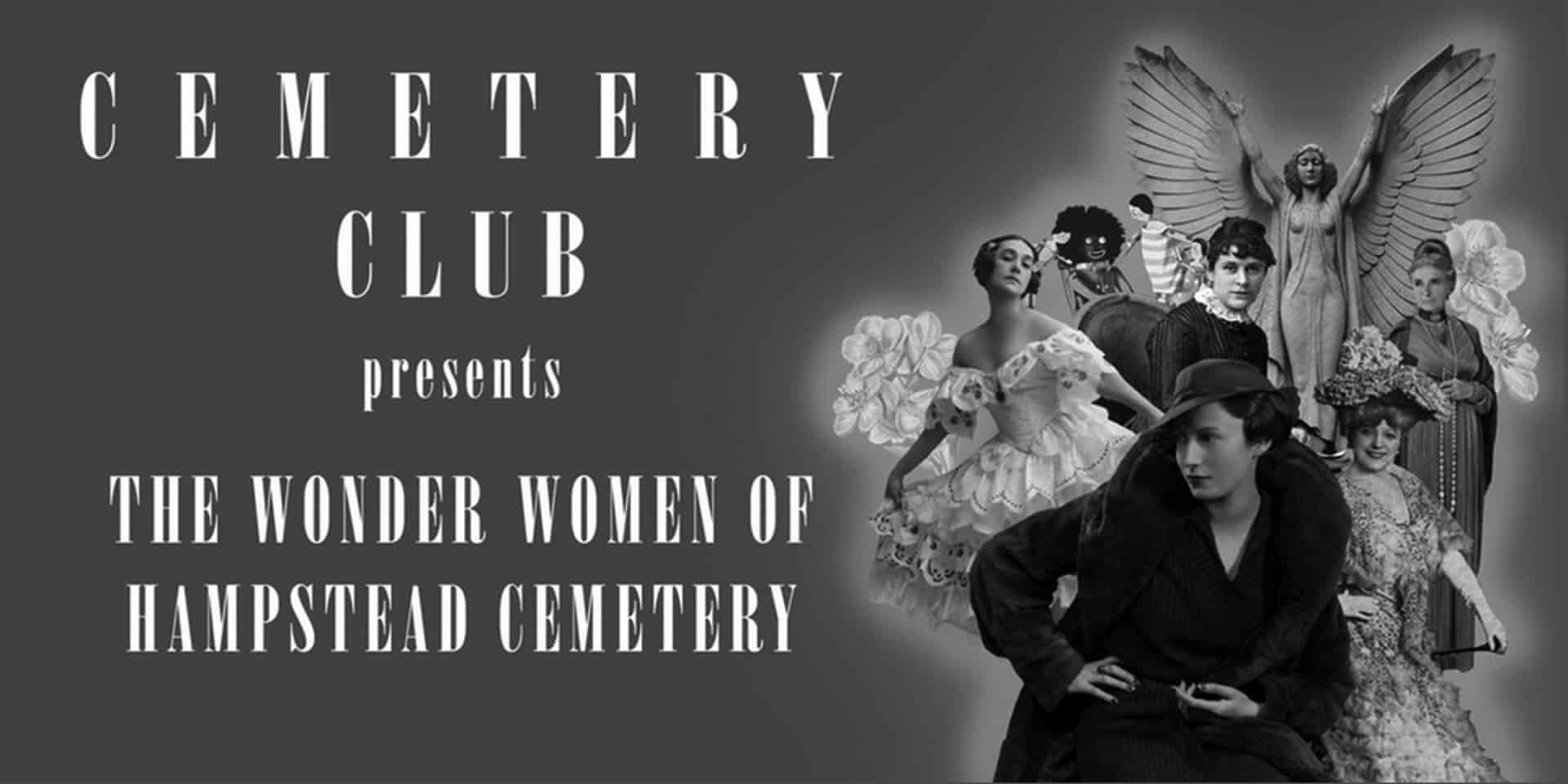 Join Cemetery Club’s Sheldon for a guided tour through the gravestones of one of the most beautiful open spaces in London and meet the likes of legendary actresses, illustrators, ballet dancers and artists whose stories shouldn’t be forgotten! Rub shoulders with legendary stage actresses, listen to some evocative poetry and marvel at the sauciest performer to tread the boards of any stage. 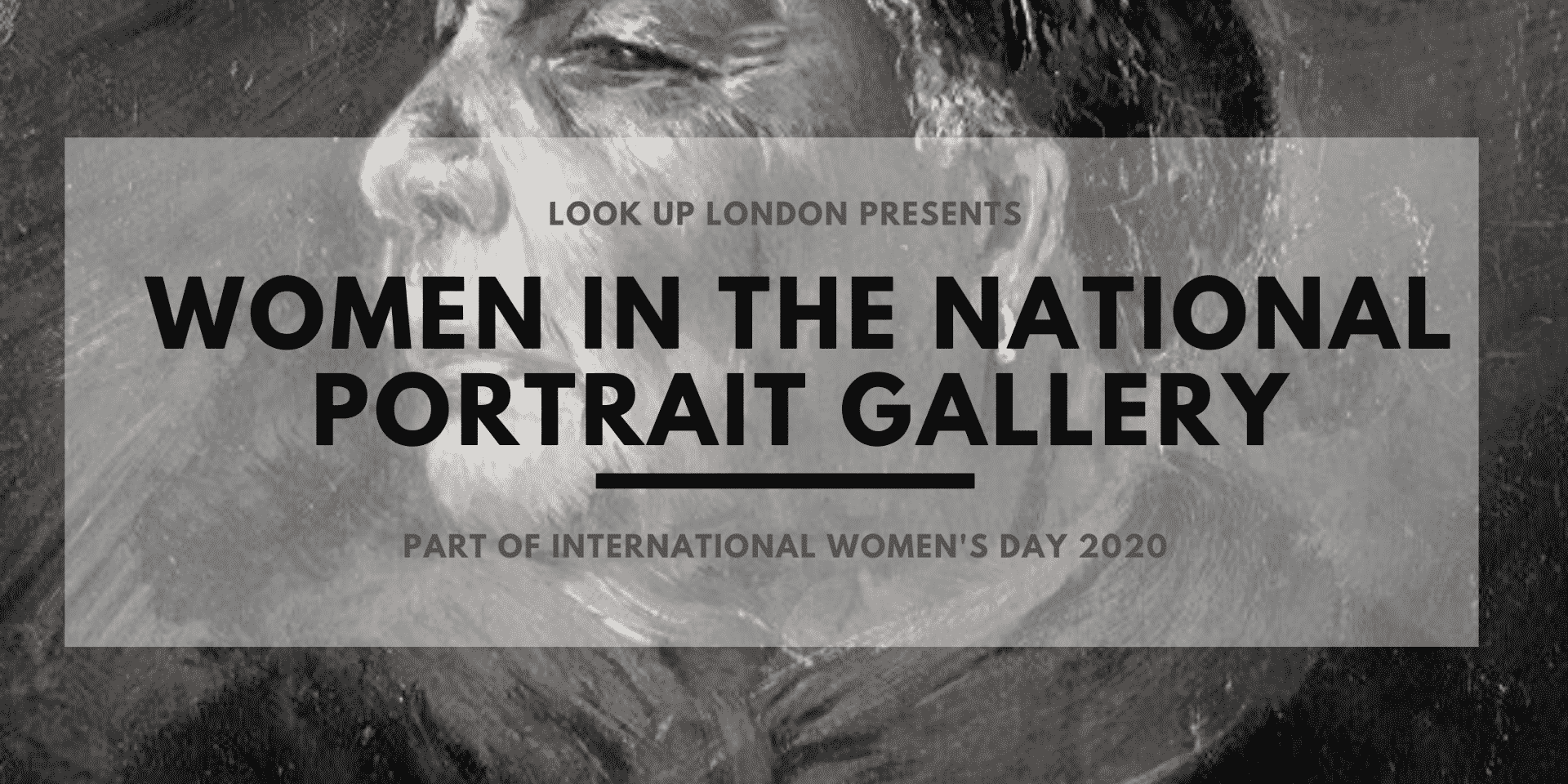 Who are you calling pretty as a picture?

This tour starts with a half-hour walk across Covent Garden en route to the National Portrait Gallery, taking in places known to some of the women represented in the paintings we will see. The gallery is an incredible resource for anyone who loves looking at people and this is your chance to explore a whole range of women, from painters, writers and fighters to mistresses and mischief-makers, princesses and divas. 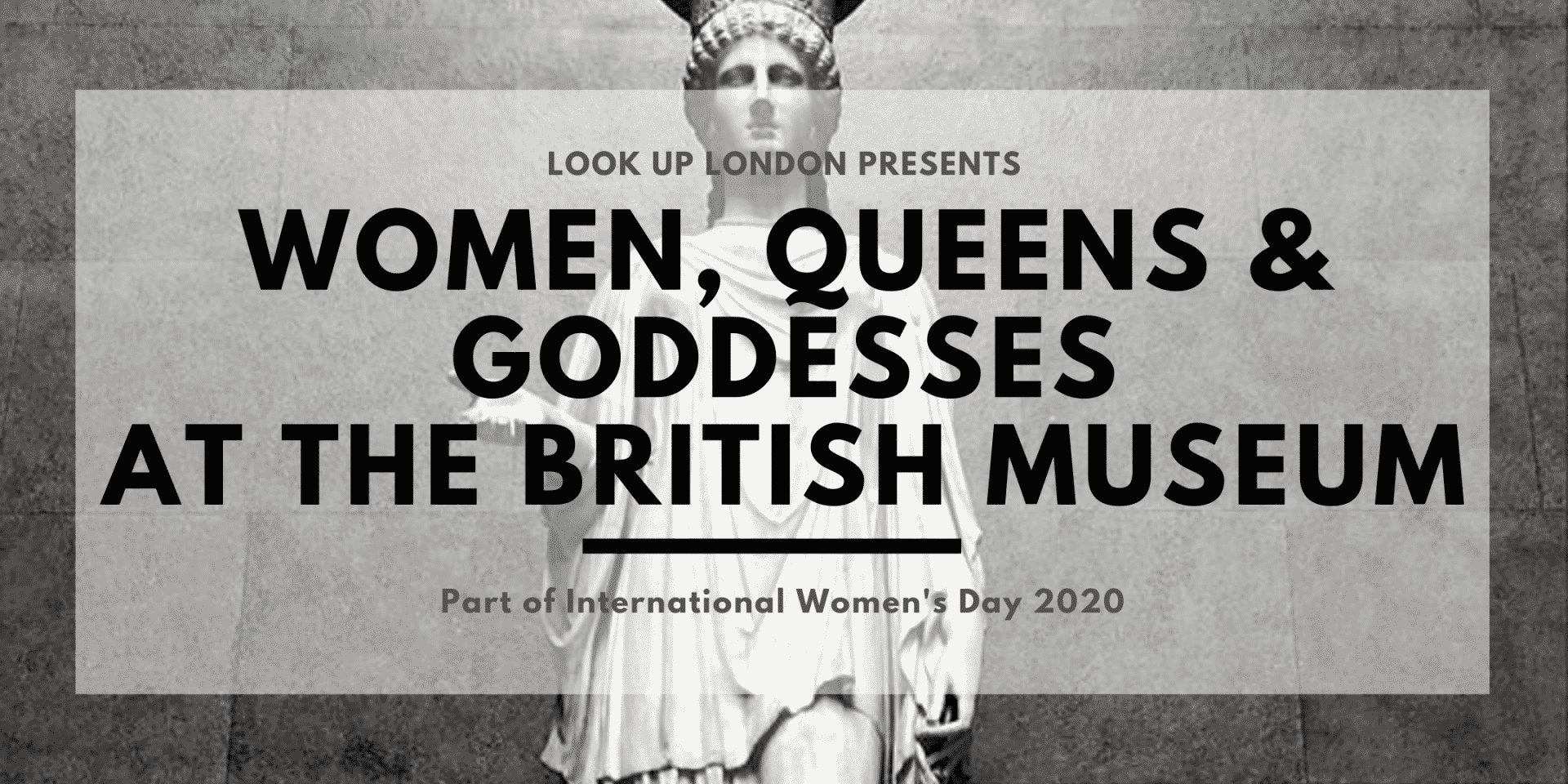 It is well-known that women are under-represented in museums, except as beautiful objects  to look at. So, let’s done our anthropologist-cum-detective garbs and roam the British Museum in feminist mode.

Muriel will tell us the stories of some of the women who came to read under the dome of the celebrated Reading-Room. We will then discover some fascinating artists, discoverers and activists, and yes, there will be some beautiful marbles, and some fierce queens and awe-inspiring goddesses!

Starting Point: Inside the Museum, under the dome of Great Court, at the foot of the colossal statue of the lion of Knidos.
Dates: Wednesday 4 March, 11am & Friday 6 March, 2pm
Duration: 90 mins
Guide: Muriel Carré, Blue Badge Guide of the Year 2018 and Art Historian

Who would guess that just north of Oxford Street, lies a wealth of fascinating stories about some extraordinary female characters?

There’s hardly a blue plaque to give you a hint, so follow Muriel to walk in the footsteps of The Ladies of Marylebone : heiresses, countesses and duchesses galore, a well-loved poet, a mathematical genius, a ground-breaking social reformer, some heroic spies, a daring bunch of Suffragettes … and a few less reputable but unforgettable characters. Female London history in a nutshell in trendy Marylebone!

This tour will explore the daring and bold work by female artists from across the world, artists who’ve had to fight in order for their creativity to be seen. Discover beautiful, exciting and peculiar artworks, deep-diving into the stories beneath the surface.

In 2019 The former power station celebrated its female artists a bold new rehang. Come and discover the creative expression of these under-represented artists. 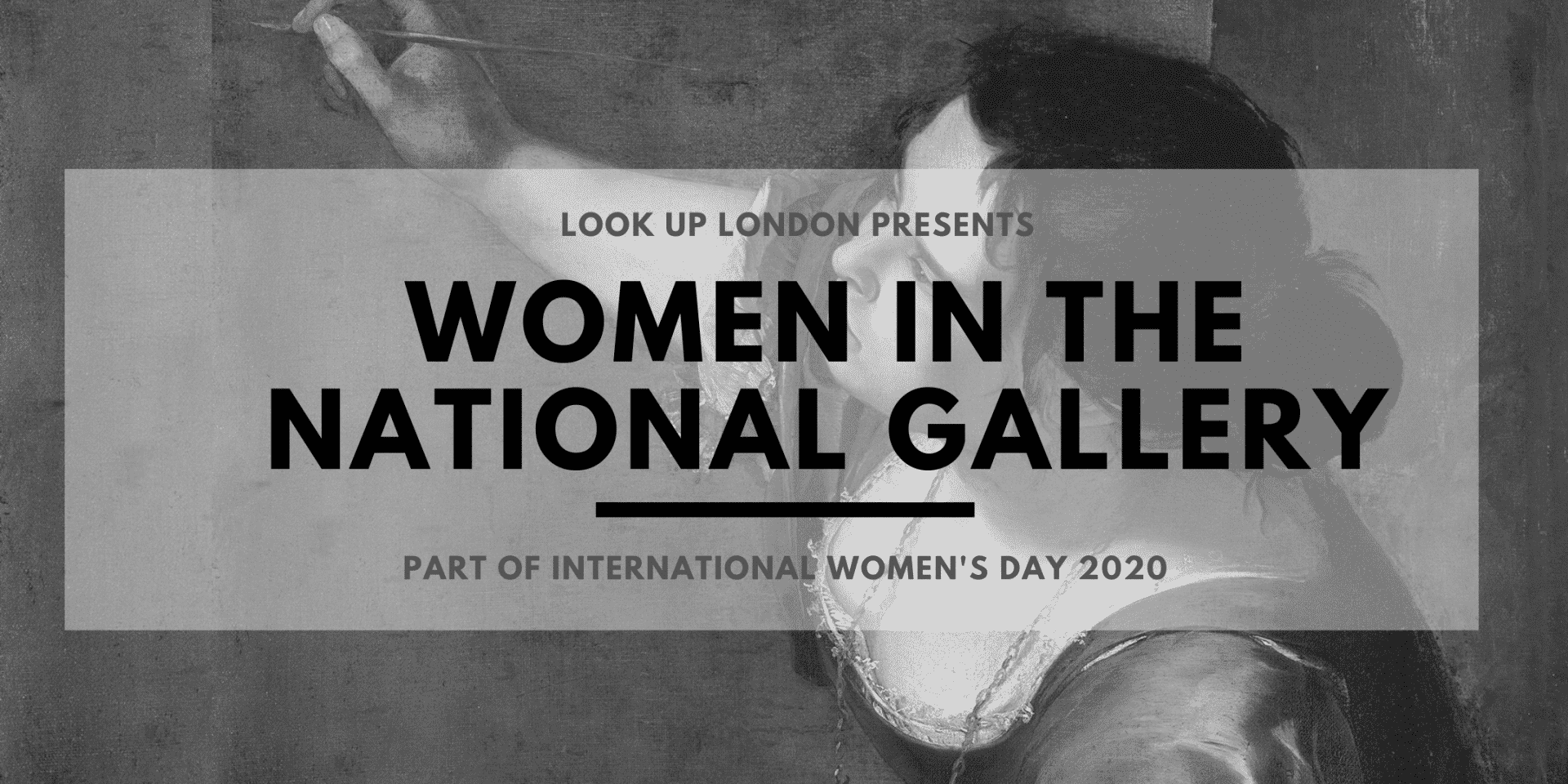 There are women everywhere at the National Gallery. And yet, out of a collection of over 2,300 paintings which spans nearly 700 years, only 21 are by women.

On this tour we’ll take a closer look how women have been represented in art across the centuries, meeting virginal mothers, gorgeous goddesses, powerful politicians and radical rule breakers.

We’ll also explore the stories of the women who created, commissioned, collected and inspired some of the National Gallery’s great masterpieces. Though they may be rare, they too have an important part they have to play in the history of art.

Chelsea has a long association with the wealthy and famous. But beneath the glamour are some feisty females who at first glance might not seem to have anything in common.

But we’ll follow a trail of bold women in Chelsea who, despite different backgrounds and interests, made their voices heard in a male world. A soldier, singer, royal queen and 1960s fashion queen are among the inspiring characters we’ll encounter on this three-mile walk.

Powered by Eventbrite
We use cookies to ensure that we give you the best experience on our website. If you continue to use this site we will assume that you are happy with it.OK