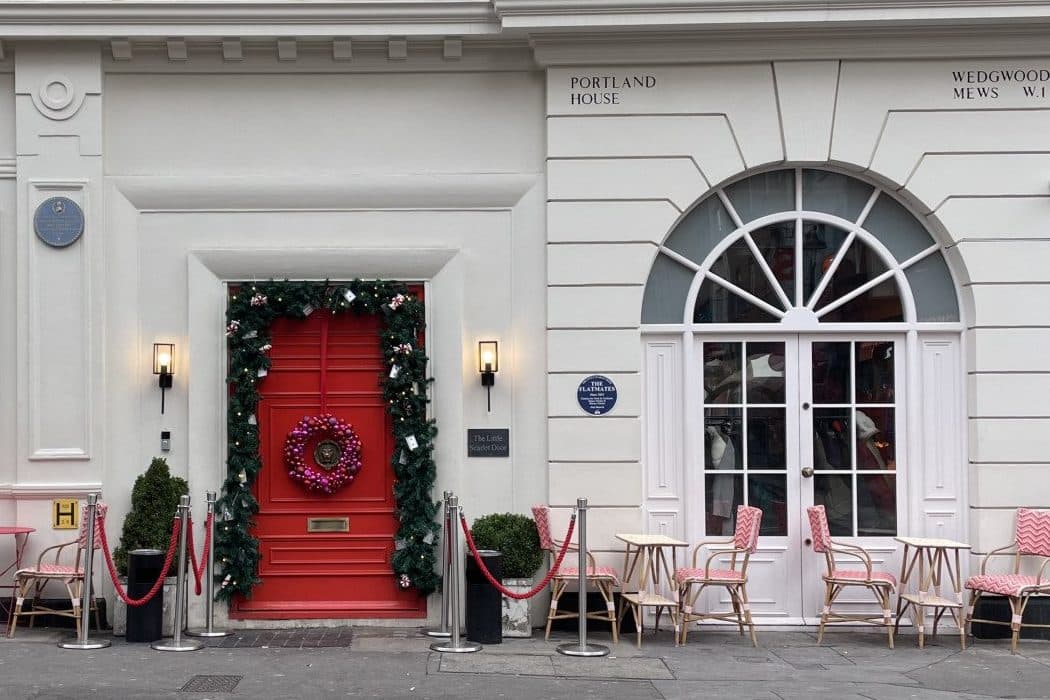 For such a tiny area of London, Soho has helped fuel well over its quota of the nation’s creative talent.

Look up along its network of streets and blue plaques abound with nods to musicians, artists and scientists. So next time you’re walking along Greek Street, keep your eyes peeled for one mentioning Josiah Wedgwood.

Josiah Wedgwood was born into a family of potters going back four generations in Staffordshire, 1730.

When his father died the 9 year old Josiah started working on the potters wheel but then an attack of smallpox left him too weak to throw.

It was so bad that later in life he had a leg amputated but there was a silver lining. Not being able to throw in the traditional way meant he had to get creative, he studied modelling and his frustrations were channelled into creativity and experimentation.

At the time English crockery didn’t have the best reputation. Seen as clumsy and basic, Wedgwood elevated the industry when he produced a new variety of fine glazed earthenware.

The Royal seal of approval came in the 1760s. Queen Charlotte ordered a tea set and allowed it to be called “Queenware”. Wedgwood had become “Potter to Her Majesty” and business continued to boom.

Although based in London from 1769, it was only in 1774 that Wedgwood moved to Soho. At 12-13 Greek Street they opened a new warehouse, enamelling rooms and showroom.

Just two months after the big move, Wedgwood received another important Royal commission. This time it was from Empress Catherine II of Russia (Catherine the Great) who ordered a bespoke, 952-piece dining service from the Soho workshop.

Known as the Frog Service, it was designed for her Gothic Summer palace – surrounded by a frog marsh – so each piece was adorned with a little green frog at the top!

It was around the same time that Wedgwood also invented Jasperware, an offering of pastel-coloured, matte glazes decorated with classical and contemporary white reliefs.

The eagle-eyed among you might have spotted that his plaque even uses the same design, the classic ‘Wedgwood Blue’ with white details.

As well as pretty, decorative vases and crockery Wedgwood put his designs to a more radical use.

In the 1780s he was elected onto the Committee of the Abolition of the Slave Trade and designed an anti-slavery medallion.

Covering the costs of distribution and production himself, Wedgwood ensured that it became a powerful symbol of public support.

It was his Jasperware technique which also enabled him to make a copy of one of the most famous vases from the Ancient world; The Portland Vase.

Made in Rome during the 1st century AD, the Portland Vase transfixed 18th century artists and craftsmen, all eager to replicate its delicate, dream-liked designs.

Bought by Margaret Cavendish Bentinck, Duchess of Portland in 1784, Wedgwood wrote to her asking to borrow the vase and in 1786 he had it in his hands.

It took years of experiments but in 1790 the first editions were launched to a discerning group of early subscribers.

Cannily, he also opened an exhibition in his Soho showroom so anyone could come and admire his copy. This was so popular that they had to print tickets, limited to 1,900 a day.

Pictured below, The British Museum has a ticket in its collection (note the mention of Greek Street, Soho).

Such was the success of this venture that the building became known as Portland House.

In 1795 the Wedgwood studio moved to No.8 St James’s Square and the buildings were later occupied by coachmakers, writers and other artists.

Today it’s home to the club and restaurant the little scarlet door.

So while it’s been thoroughly renovated thanks to the Elizabeth Line works, you can still pass through this alley and get a sense of the huge amount of space that Wedgwood’s site occupied.

Even if the new development from Soho Estates might be a world away from industrious ceramics workshops!

For more of Soho’s hidden history, I run a regular public walking tour in the area. You can see upcoming dates and read more about it here.