in London, Things to do in London
0 Comments

Lambeth Palace is the official London residence and office of the Archbishop of Canterbury. As well as medieval buildings and historic state rooms, it also contains the oldest continually cultivated gardens in Central London.

It’s harder to get into than the latest Soho burger pop-up.

However, it has started its Summer season; opening every first Friday of the month for three hours between 12pm-3pm. Missed the first one?

Never fear, you don’t have to wait a whole month to get a look inside… 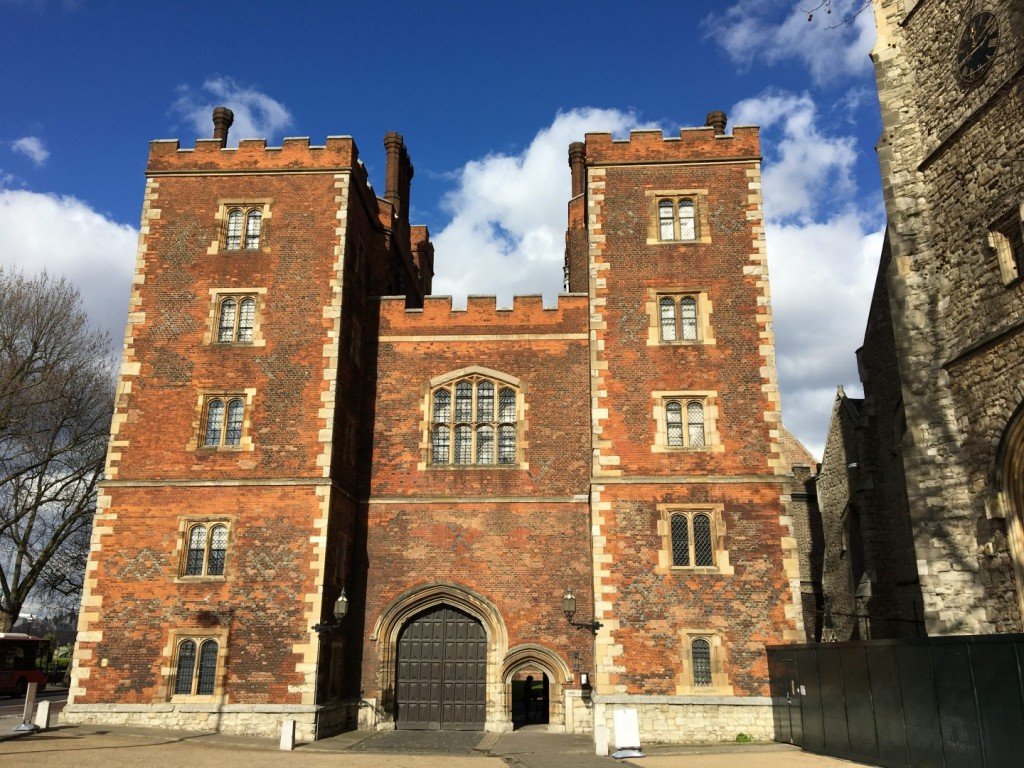 The Tudor gatehouse, Morton’s Tower is the somewhat austere entrance to the Palace, built in the 1490s. The room over the central archway is the historic Audience Chamber where Archbishops used to receive guests, it’s now used for meetings and as a workspace. 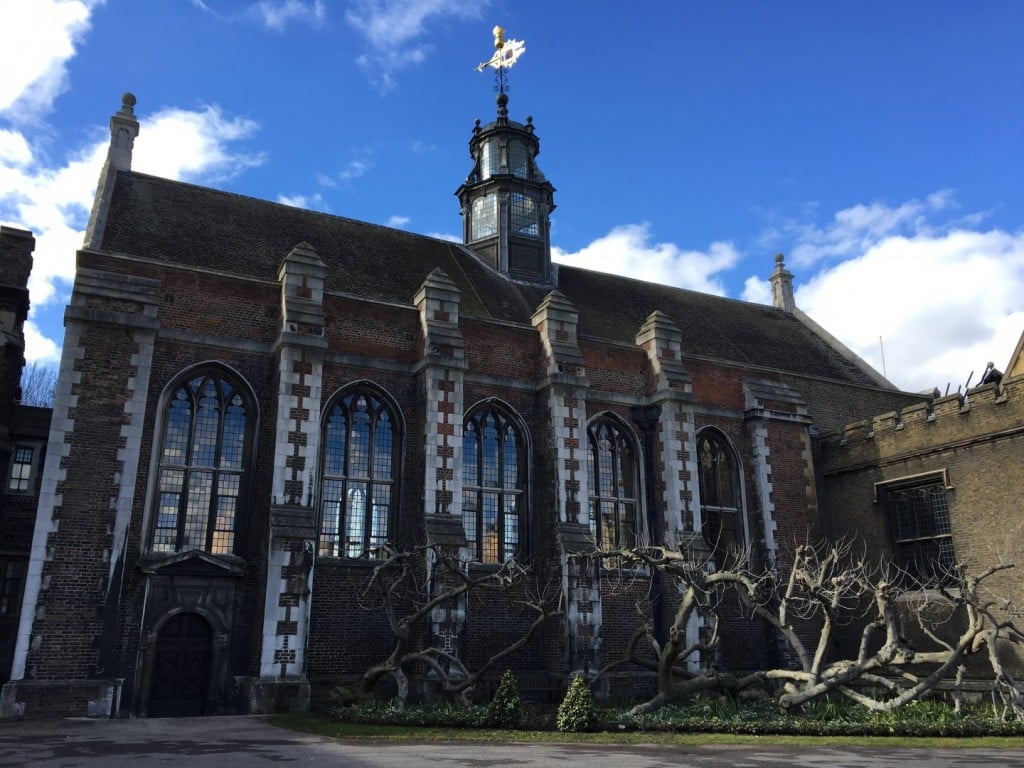 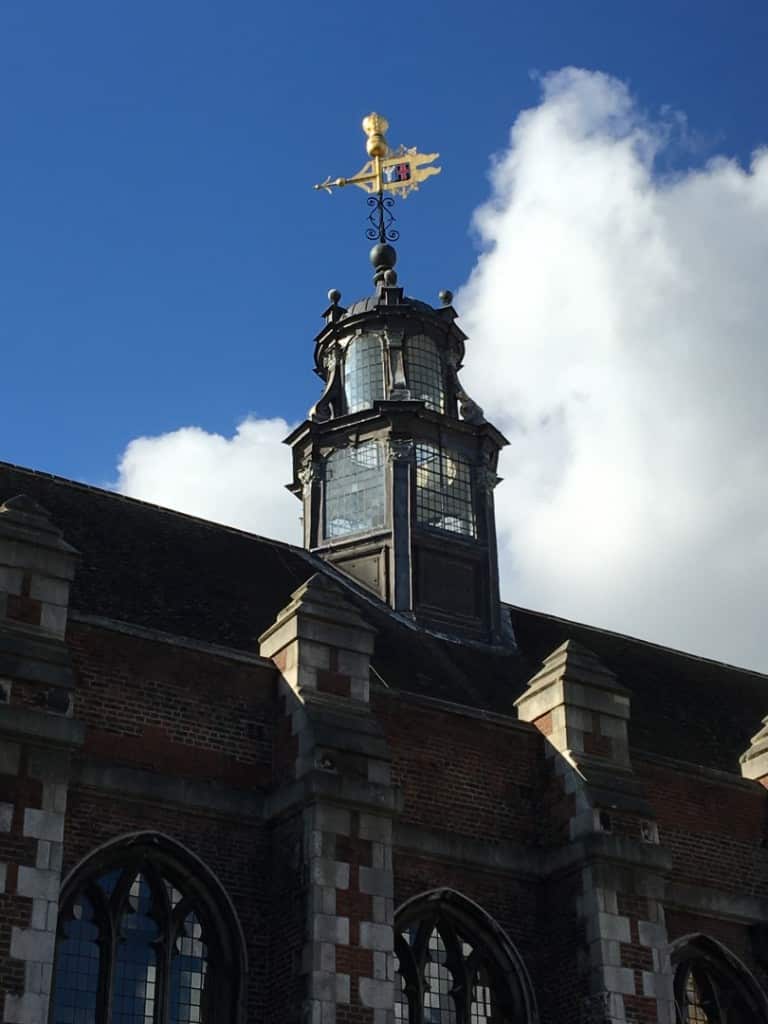 Detail of the glass turret and Weathervane of the Great Hall

The Great Hall currently houses the majority of Lambeth Palace Library, an extremely important ecclesiastical collection, second only to the Vatican. The Palace also houses a rare book conservation studio and further storage space for their 250,000 book collection. 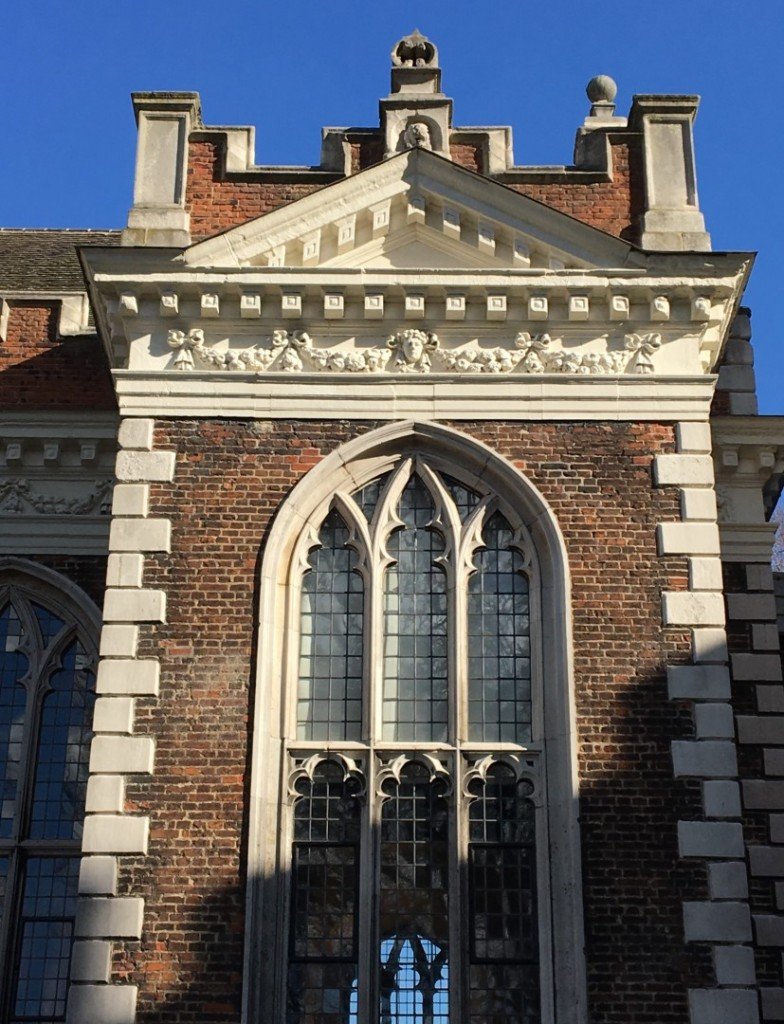 The Palace has had a private garden since the 12th century, originally set out in meticulously organised fashion. After 1783 however, Archbishop John Moore wanted a less formal structure, including the curved walkways and rows of trees that still exist today. In 1901 the Archbishops Frederick Temple gave nine acres of land to the people of Lambeth, now known as Archbishop’s Park which runs along the palace walls. The Gardens still take up 10 of the 13 acres of Palace grounds. 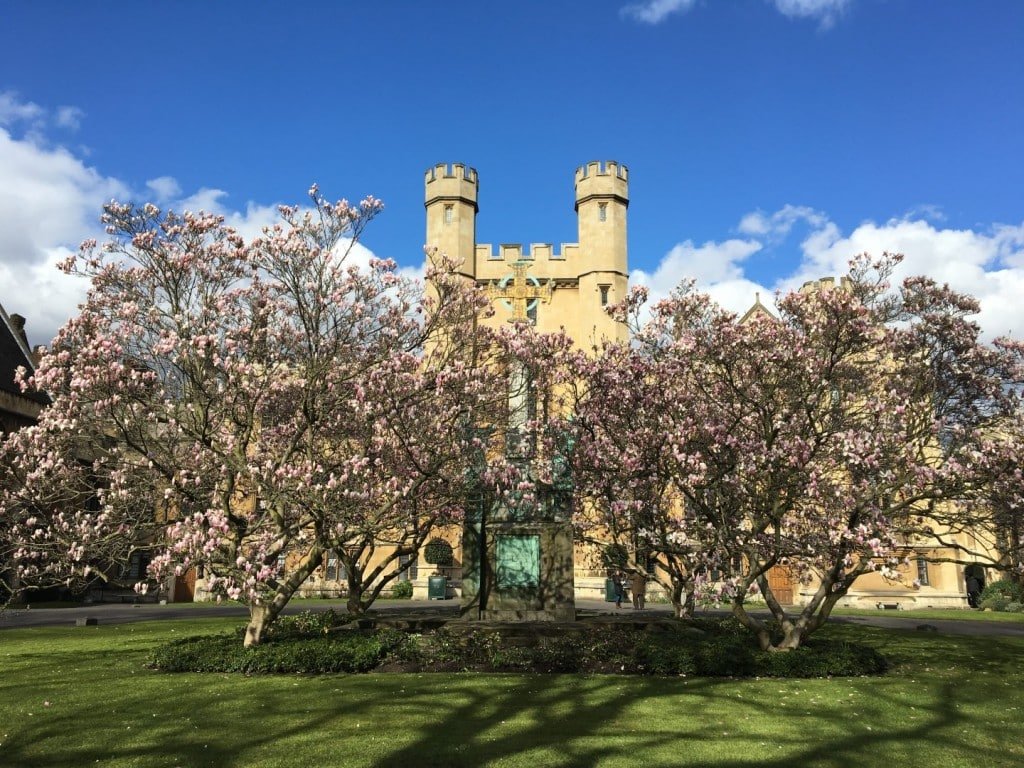 The Magnolia Soulangeana Tree in the Main Courtyard 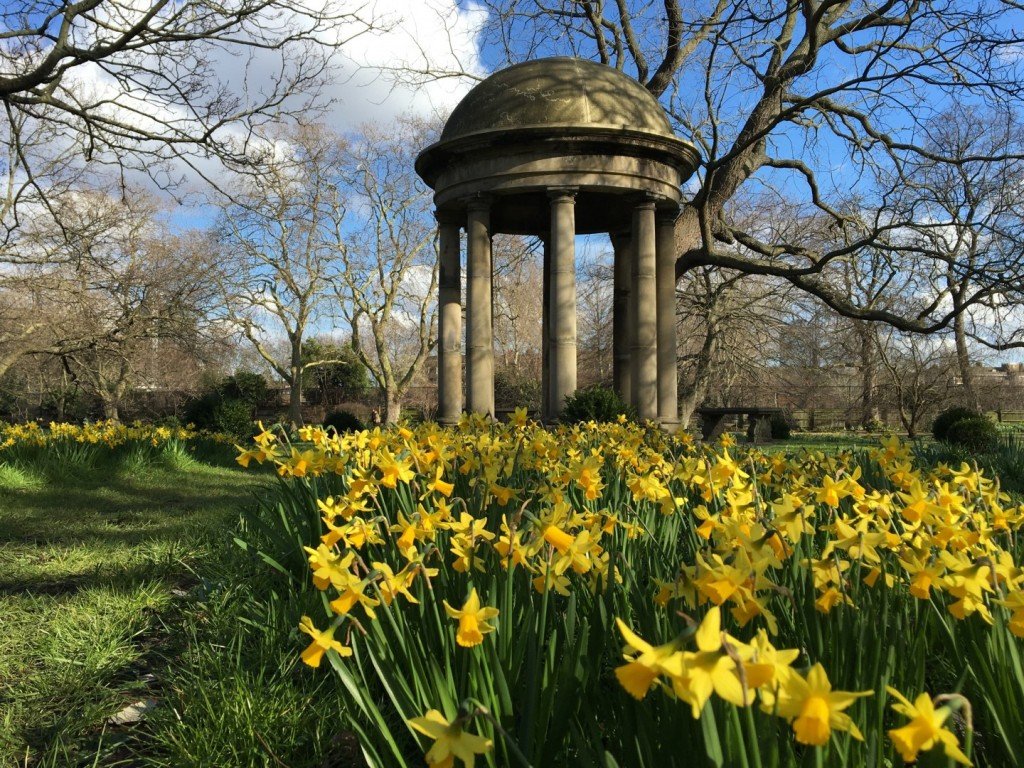 The Rotunda in bloom 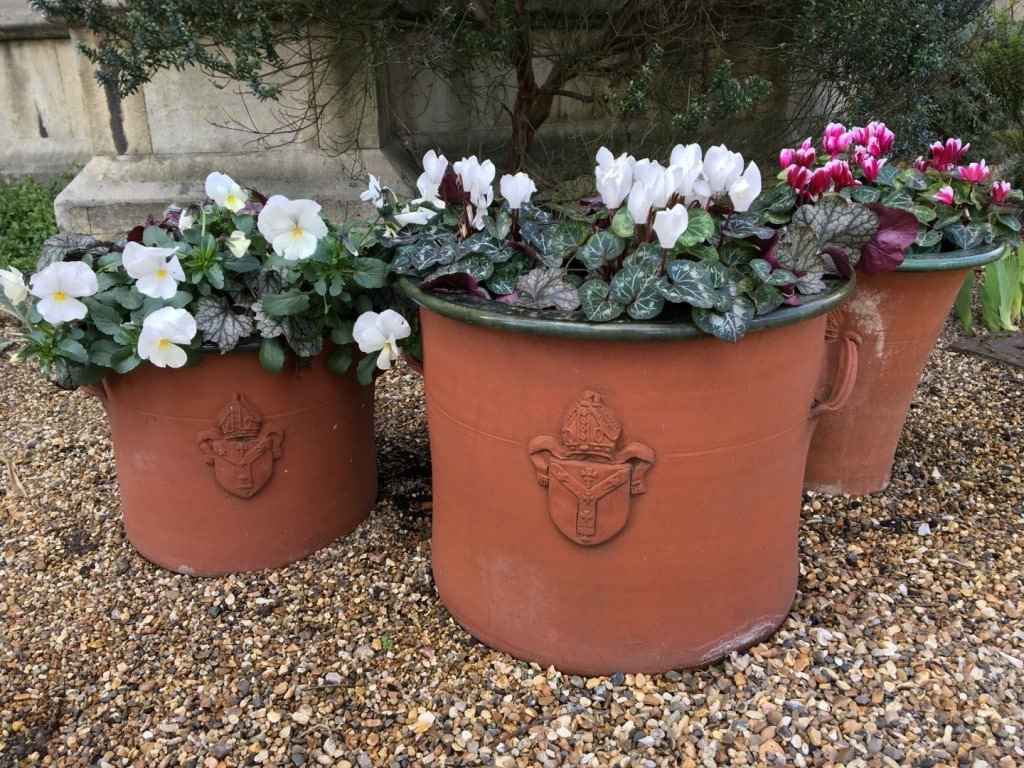 Plant pots bearing the Archbishop of Canterbury’s Coat of Arms 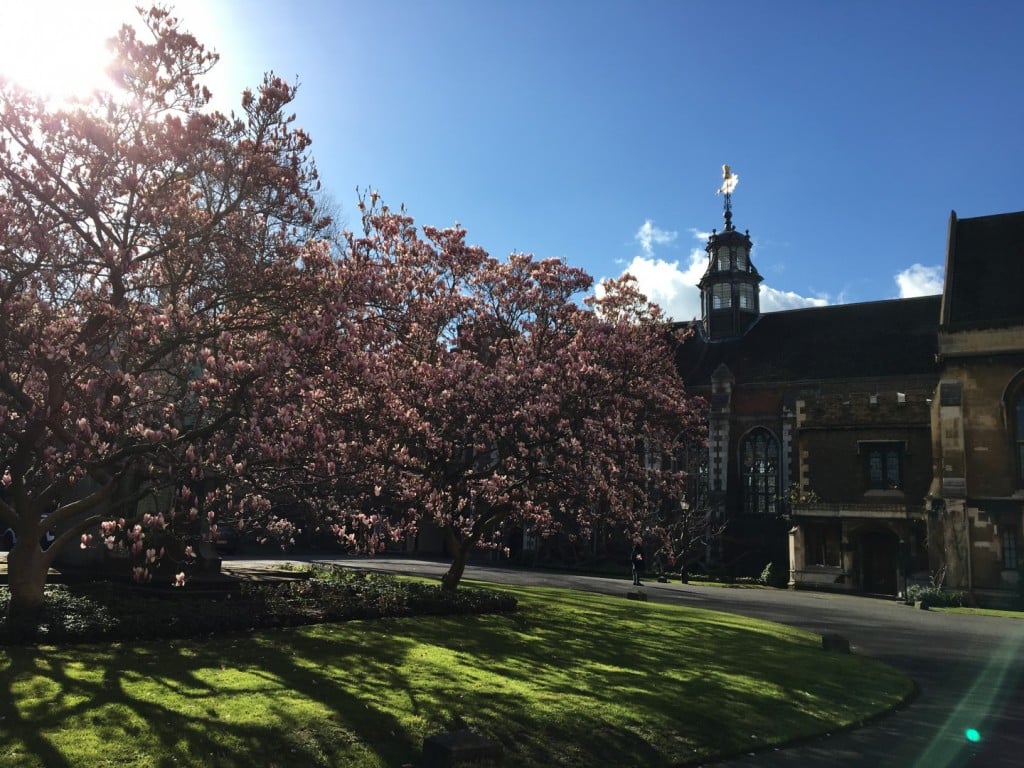 The Magnolia Soulangeana Tree in front of the Great Hall

Find out more about opening times and private tours at archbishopofcanterbury.org