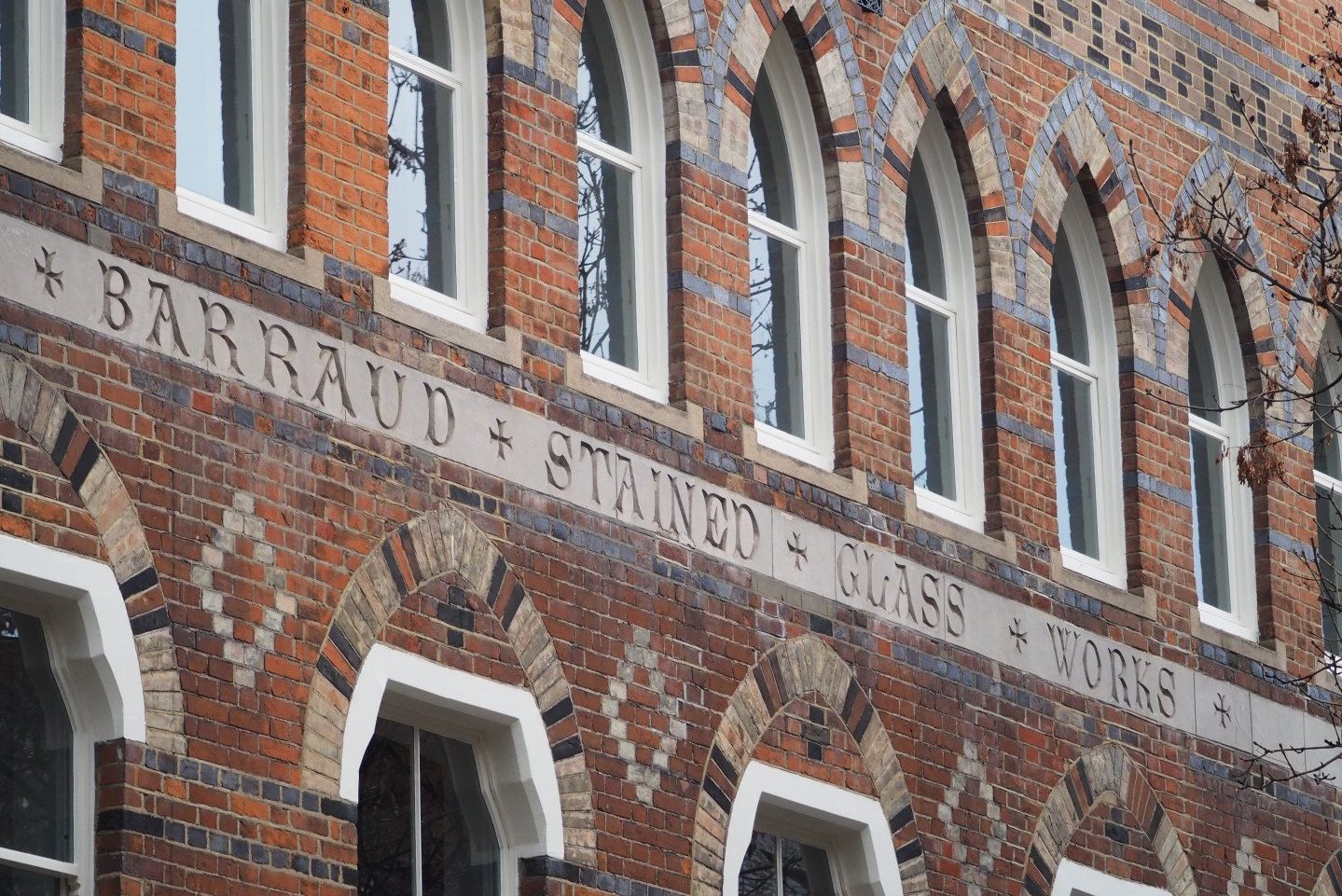 Look up at 22 Endell Street in Covent Garden, and you’ll see the striking facade of a former stained glass studio.

Built in 1859 and designed by Robert Jewell Withers, between the multi-coloured decorative brickwork you can make out the proclamation in stone; Lavers and Barraud, stained glass works.

Who were Lavers and Barraud?

Formed from two men in 1858, it was comprised of Nathaniel Wood Lavers and Francis Philip Barraud.

The pair had previously worked together at the James Powell and Sons glass factory at 26 Tudor Street, off Fleet Street.

Given the largely religious commissions for stained glass, it seems appropriate that this area was once land occupied by the Carmelite Monastery, known as Whitefriars.

Read more about the history of the area here.

I did find an online image (below) which claims to show the James Powell and Sons (aka Whitefriars) Factory, presumably in the late 19th or early 20th century. Today the site is occupied by Northcliffe House, built in 1926.

Lavers and Barraud were the manufacturers, but they employed multiple freelance designers including the Pre-Raphaelite; Edward Burne-Jones. However the most important for their business – who would became a third partner in 1868 – was Nathaniel Westlake.

I’ve found it hard to track down any surviving in-situ stained glass windows. However, the most famous of Westlake’s pieces is held in the Victoria and Albert Museum.

This was specifically designed for an exhibition at the South Kensington Museum (as it was then known) in 1864.

It’s called the Vision of Beatrice, a scene from Dante’s Divine Comedy in which Beatrice embodies Divine Love.

Lavers, Barraud and Westlake continued to make stained glass until 1921 although it was known by a few different names as there were changes in ownership.

Today the building has been converted into high-spec office space and you can see a picture from the renovated interior attic space by halebrown architects here.