At 11 Mare Street in Hackney you could easily dismiss this frontage as one of many other quirky themed cocktail bars. But behind the door you’ll find London’s Weirdest Museum (and cocktails too!)

Even as you reach the front door you’ll spot and unusual sign; 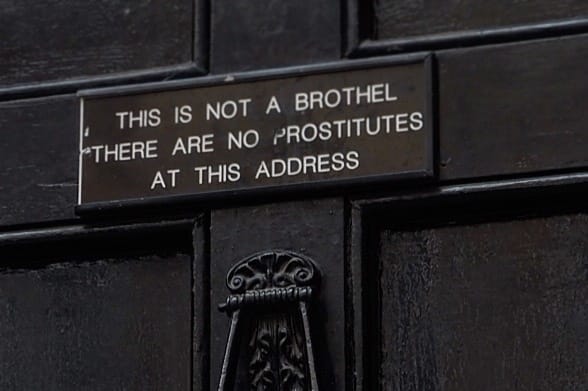 You might recognise it from Meard Street in Soho, where an identical one was affixed to number 7. This was the home to Sebastian Horsley (more on him later) who was a close friend of our host today; Mr Wynd.

Opening in 2005 the museum is a display of everything that has caught the eye of Viktor Wynd, an artist who’s recreated the pre-enlightenment idea of the Cabinet of Wonders; Wunderkabinnet.

The museum was funded by a Kickstarter campaign by Wynd, fulfilling his dream to create a place that doesn’t educate but instead makes us question why museums usually try to put everything in neat little boxes.

Put succinctly, the Last Tuesday Society has ‘no overeaching aim beyond the theft of its visitors’ time’. 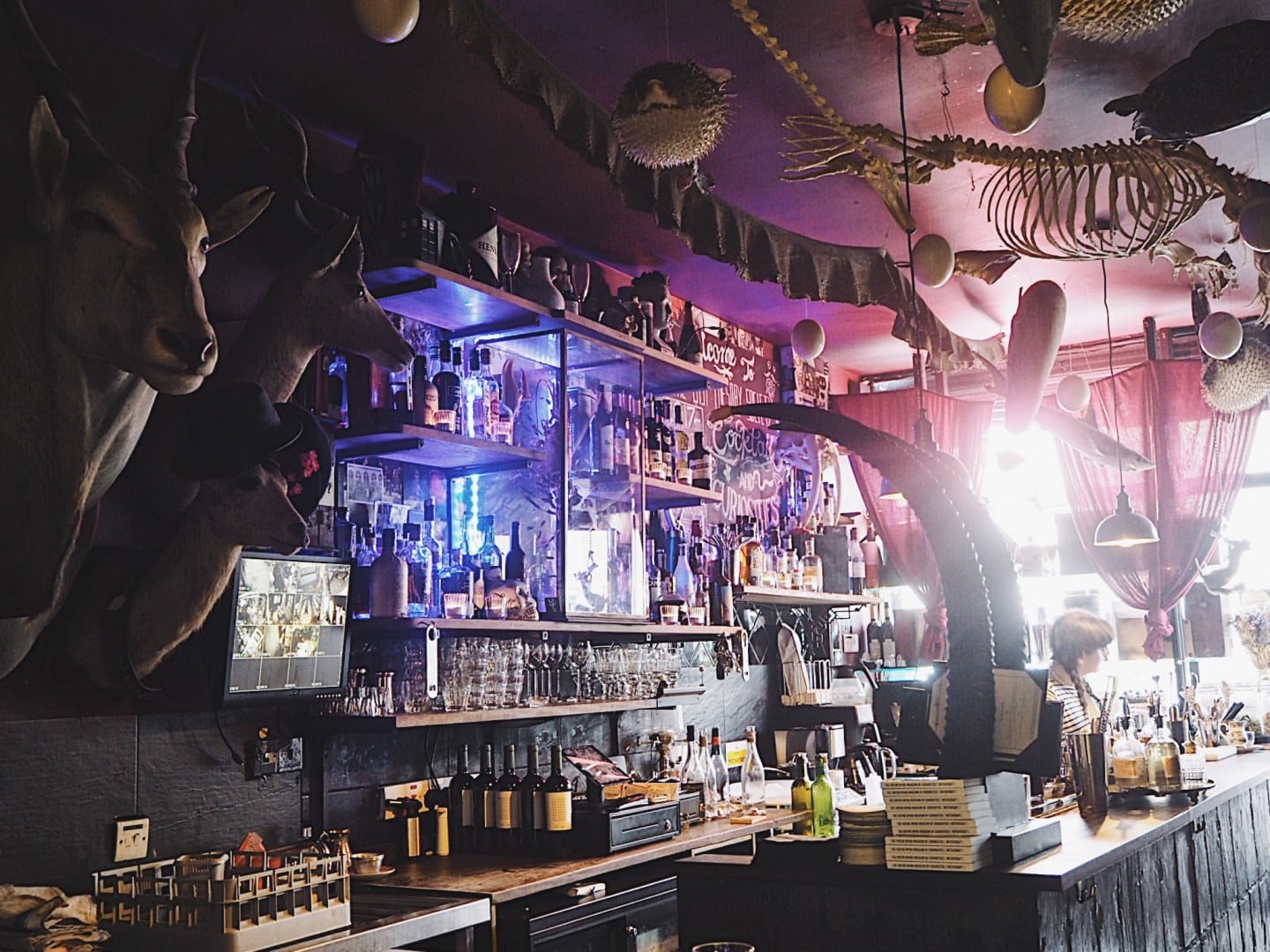 ‘Curious’ cocktails are served Wednesday-Sunday 12pm-11pm, but we’re on the hunt for weirder things. Let’s head to the basement…

*Fair warning at this point. The following images contain taxidermy, scenes of a sexual nature and other things that are just plain creepy* 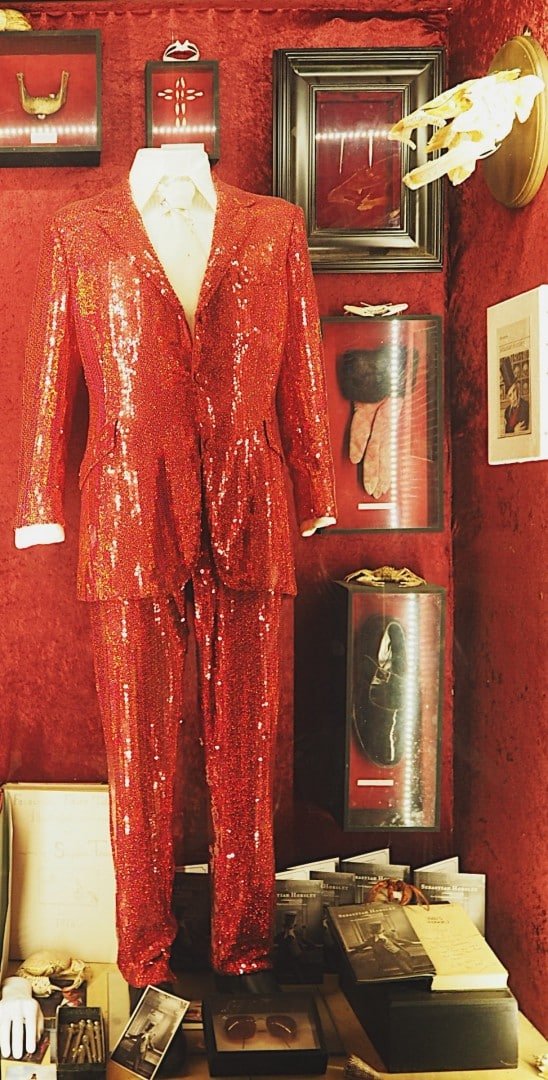 A Shrine to the artist most famous for crucifying himself in the Philippines. In the glass case are nails used in that performance art and his sequinned red suit made on Savile Row.

In the narrow space of the basement rooms you sidle along glass cases of insects, masks and skulls. 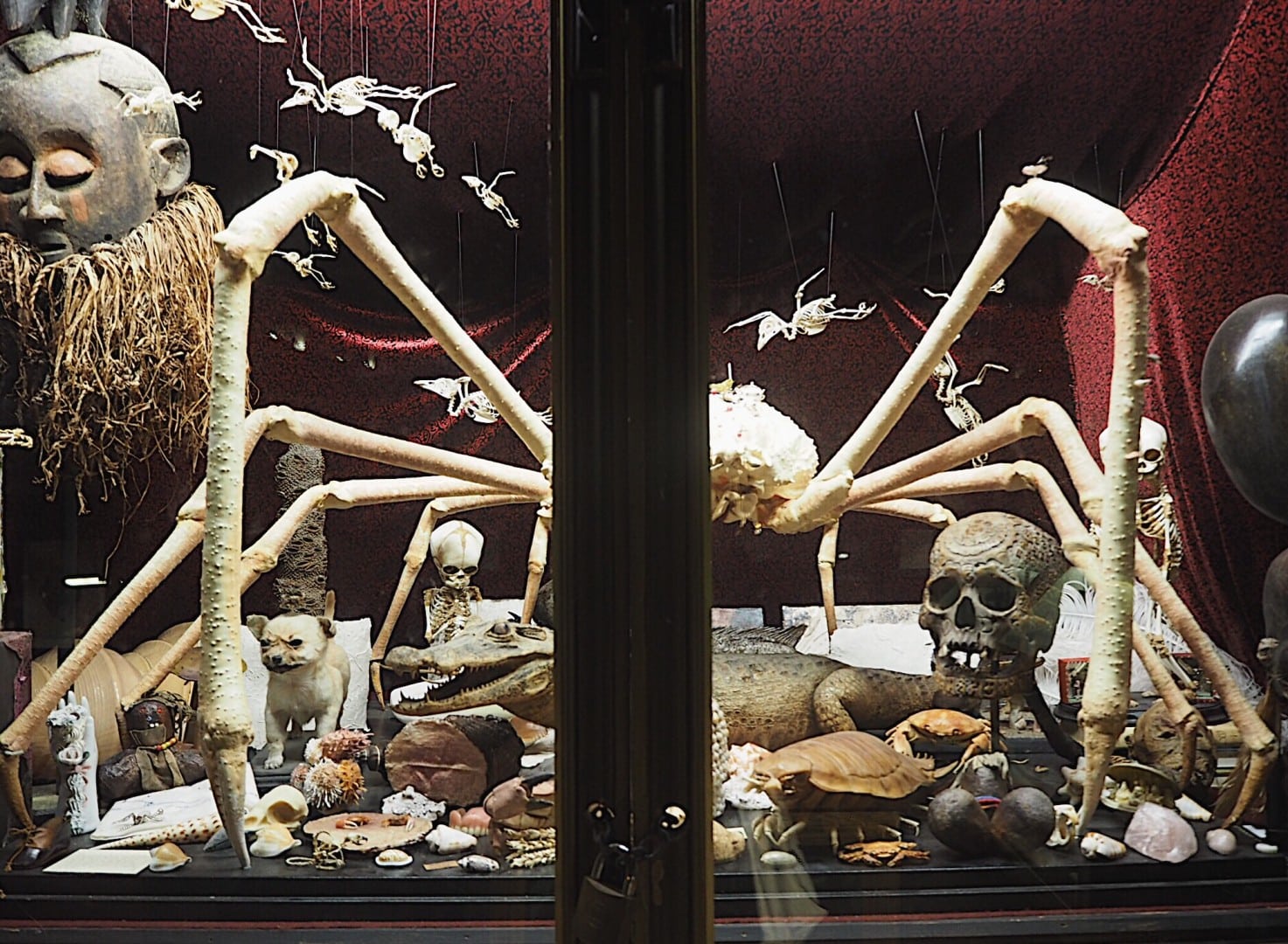 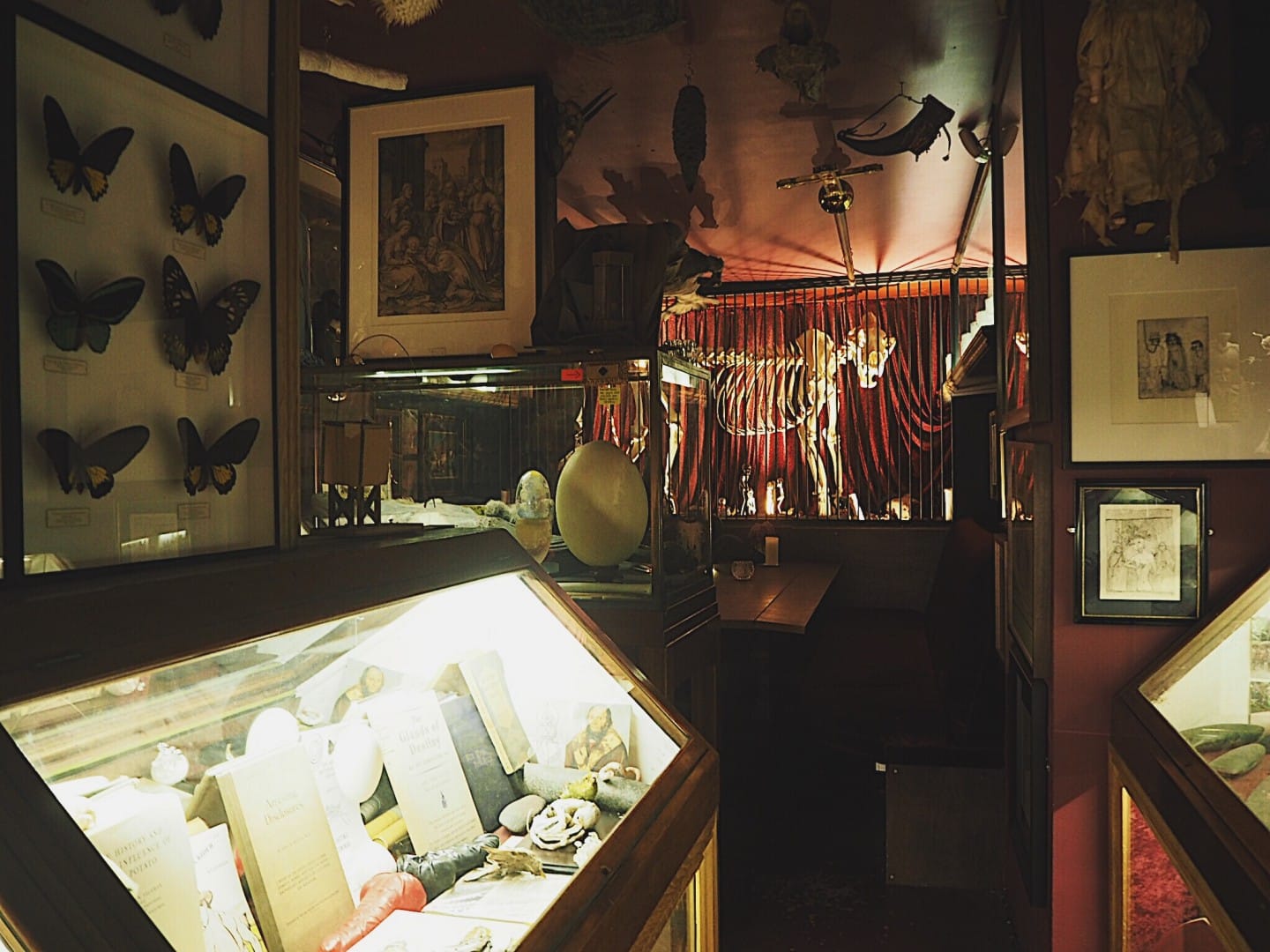 The exhibits are often personal and the cases of butterflies are from Wynd’s childhood including every British butterfly he ever caught with his grandfather one Christmas. He also adds that he “still doesn’t know if either of them enjoyed the experience“. 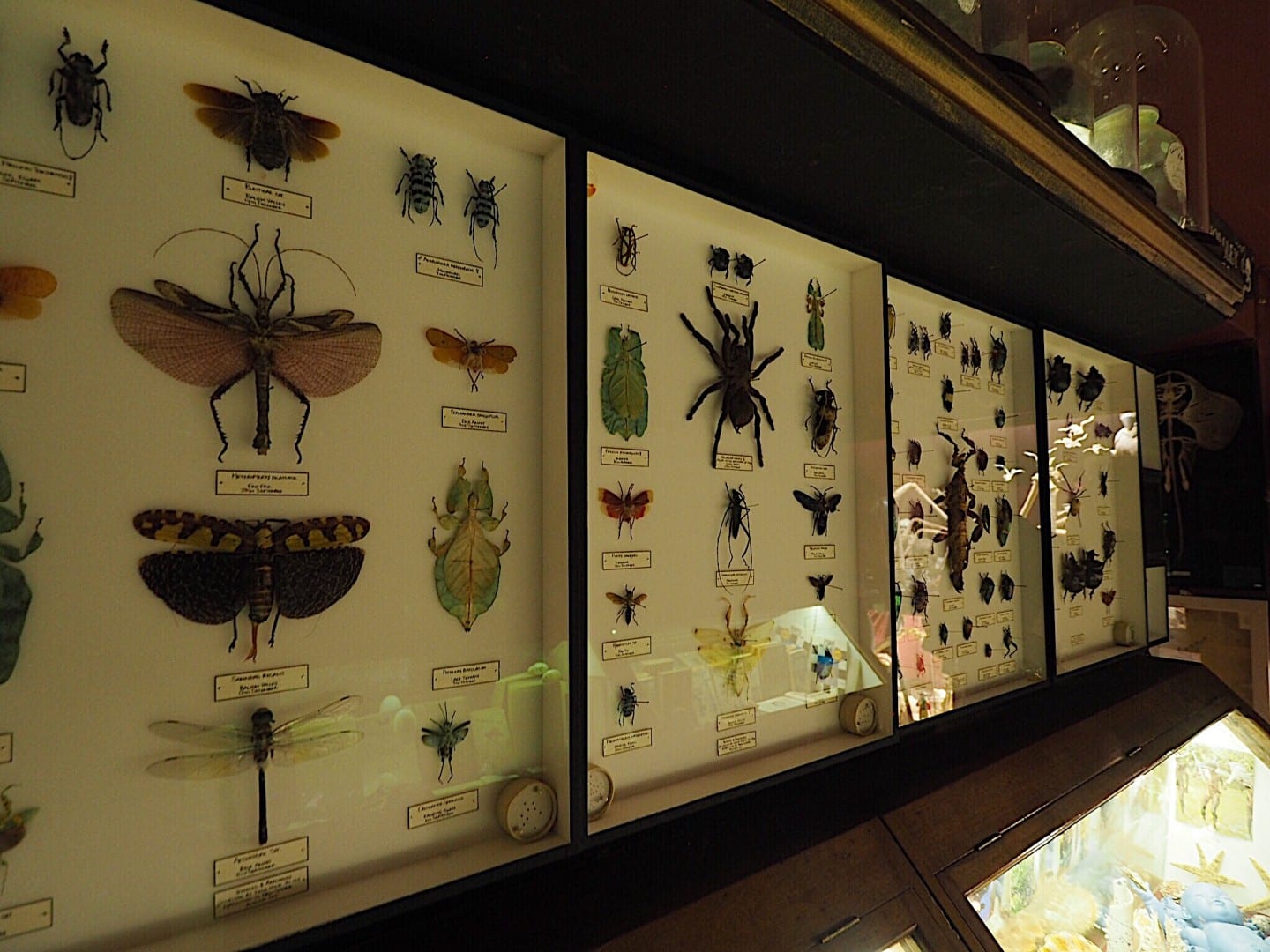 Nearby are cases containing taxidermy so peculiar and beautiful they appear almost magic. 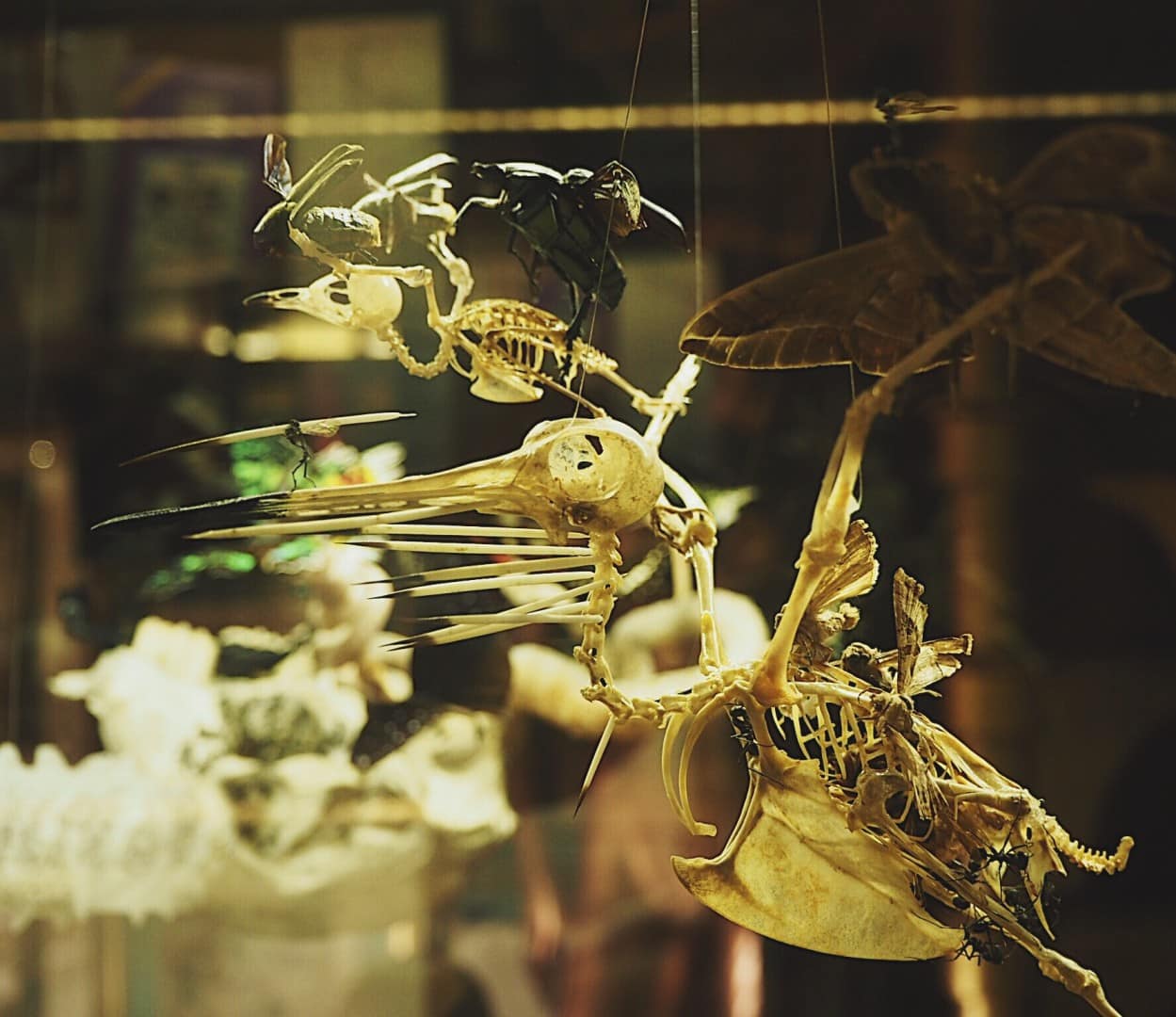 Sponsored by the gin brand they share the museum’s dream to make the world a more unusual and pleasant place. Apparently. 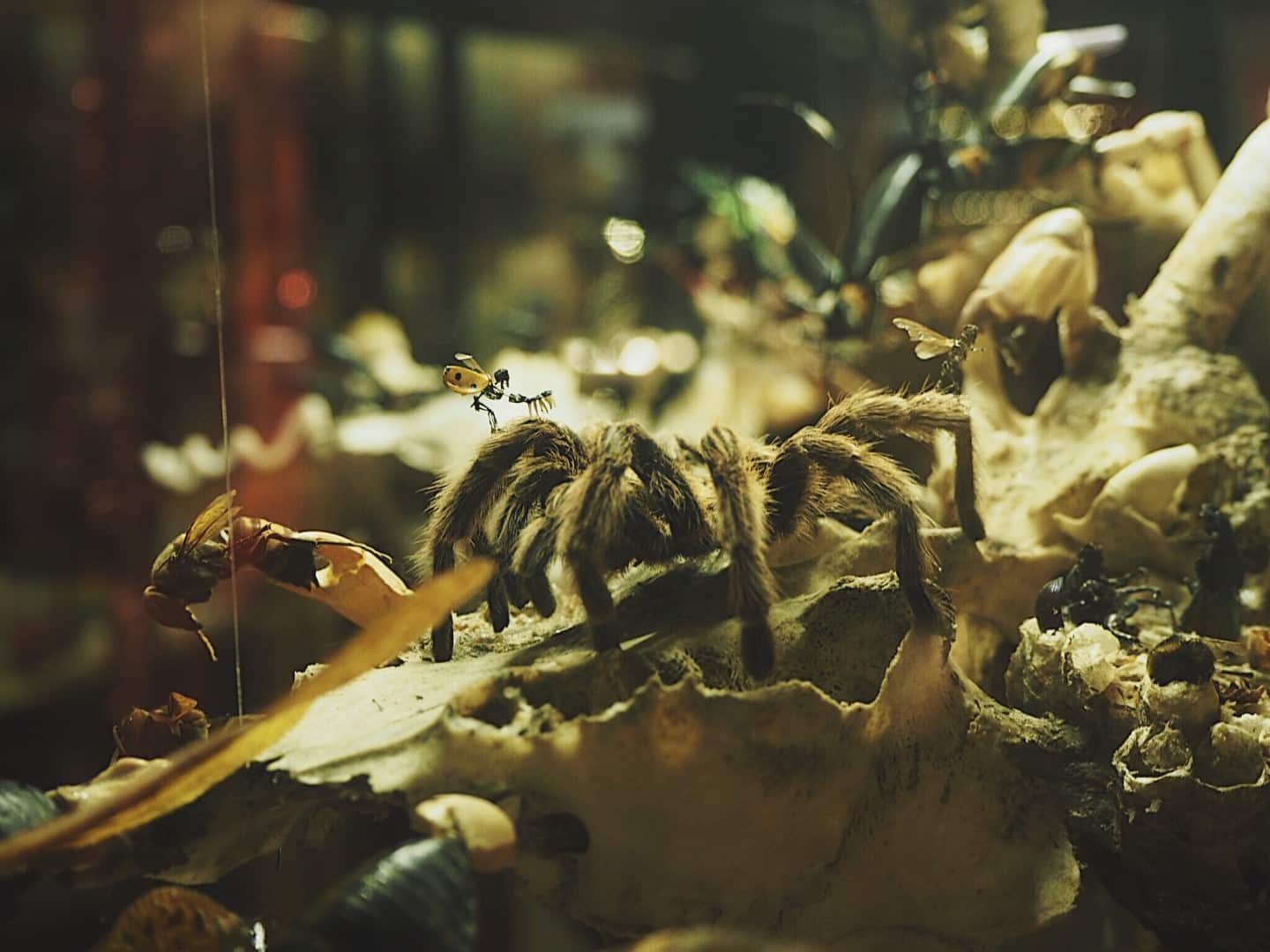 I freely admit I’m no fan of spiders or anything that scuttles, but happy to concede that these were mesmerising. 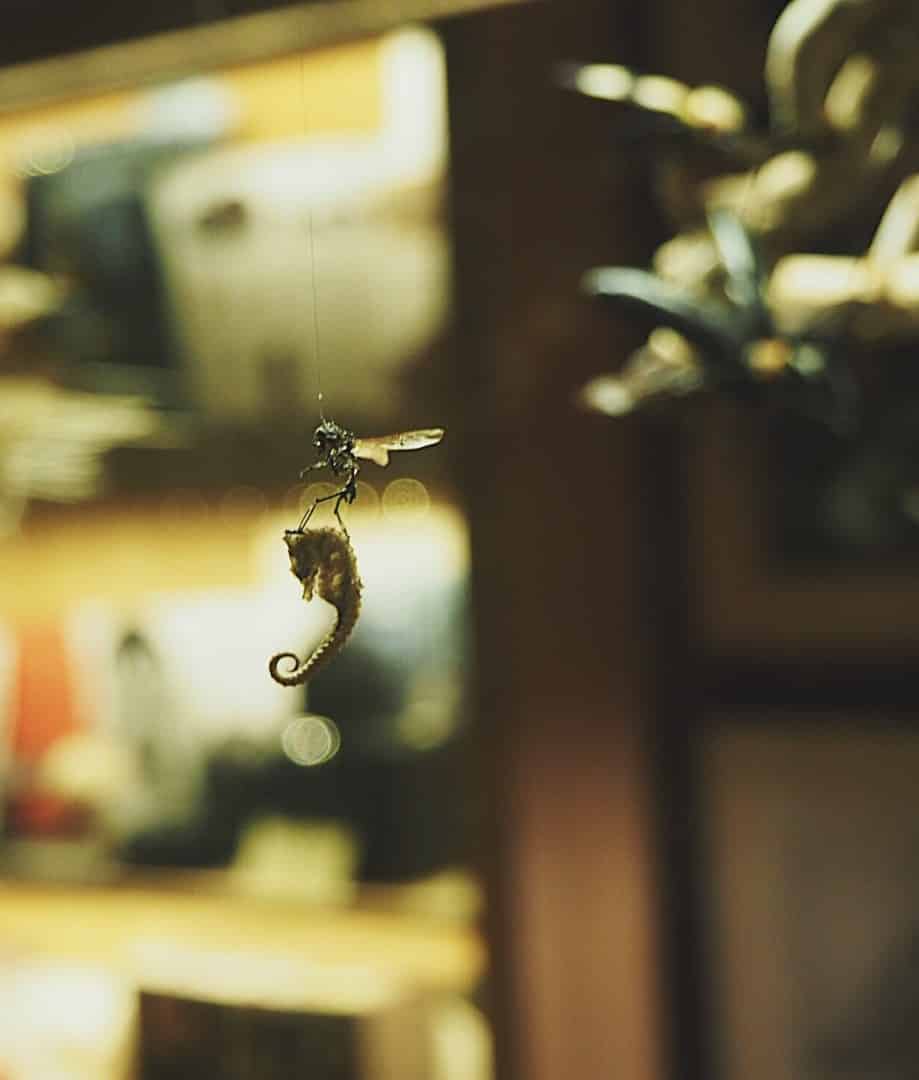 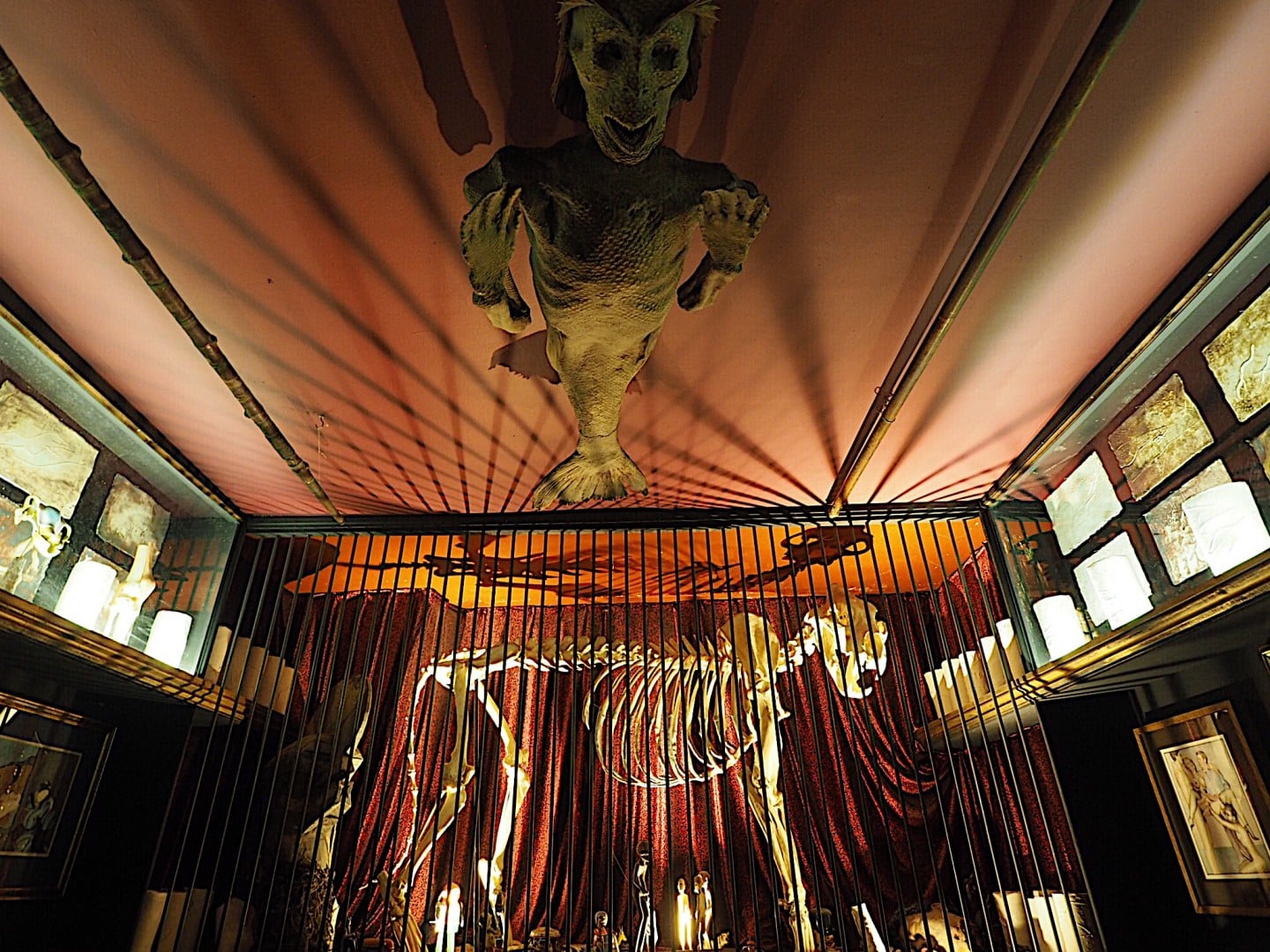 Another semi private enclave is ‘The Spare Room’ where you can snuggle up next to a stuffed lioness. 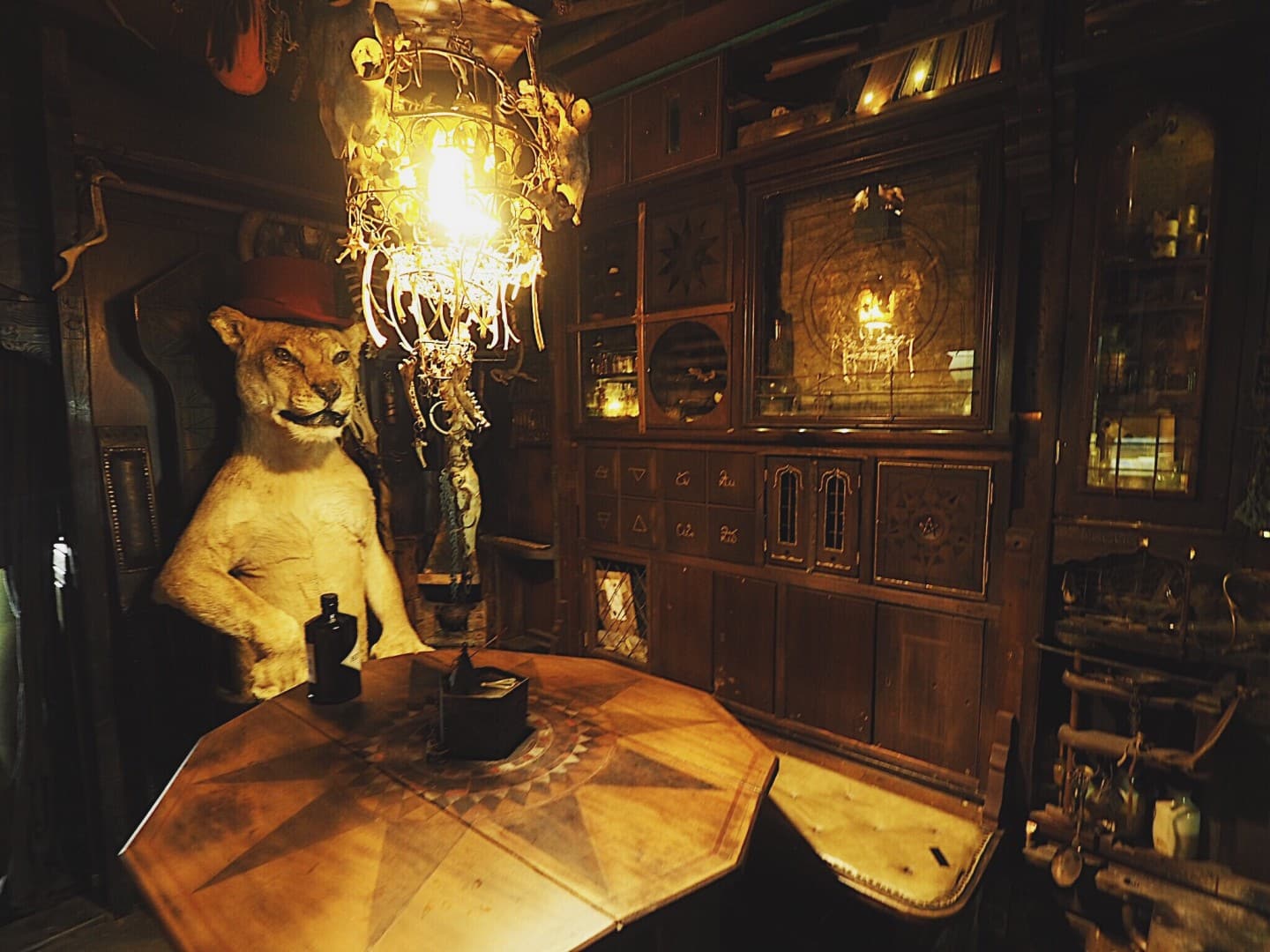 “A curiosity museum without shrunken heads is like a cake without icing. Impossible” – Viktor Wynd 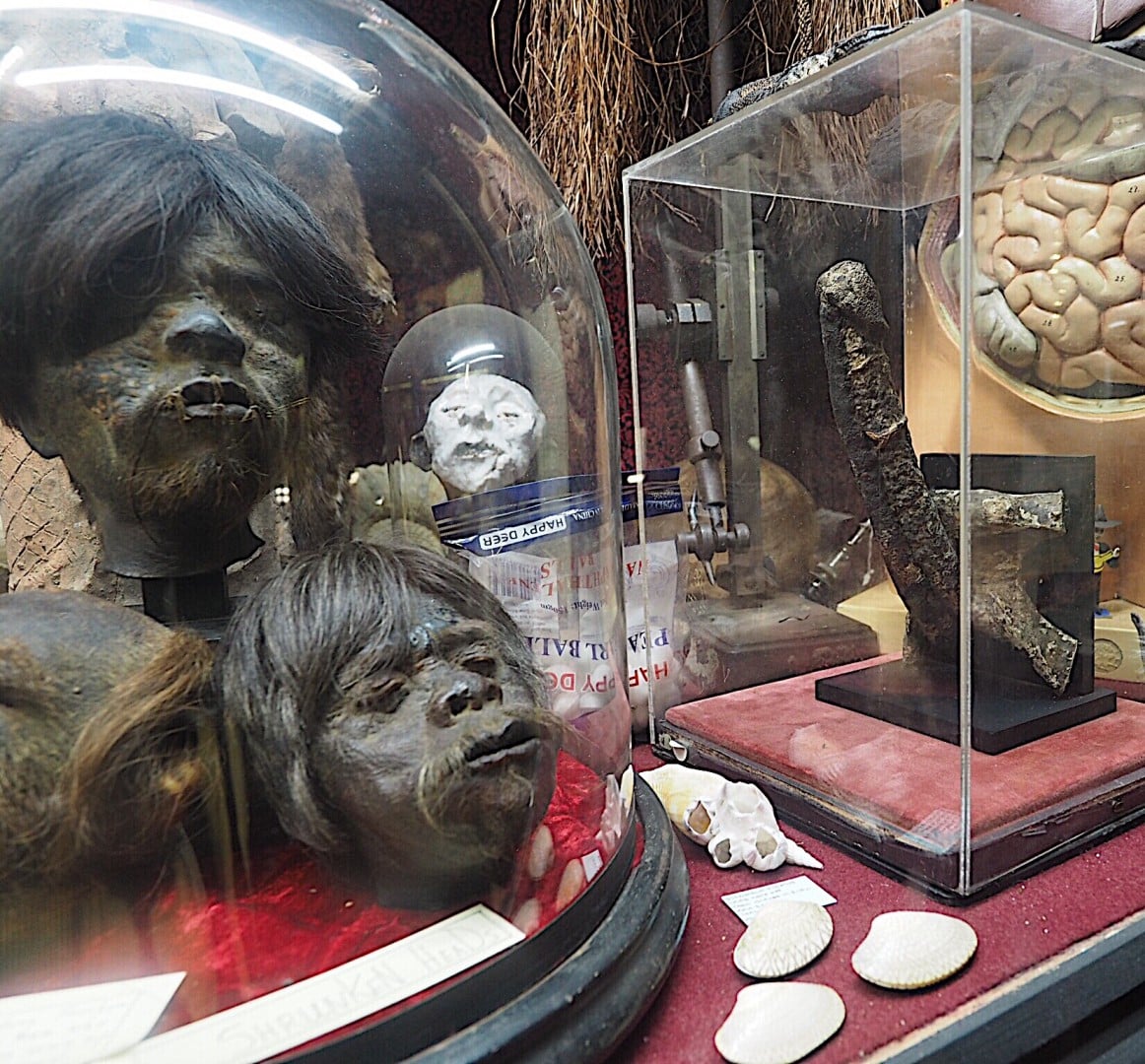 But here we get to the star attraction of the museum. The World’s Longest Standing Erection, an 18th century mummified penis of a hanged man. 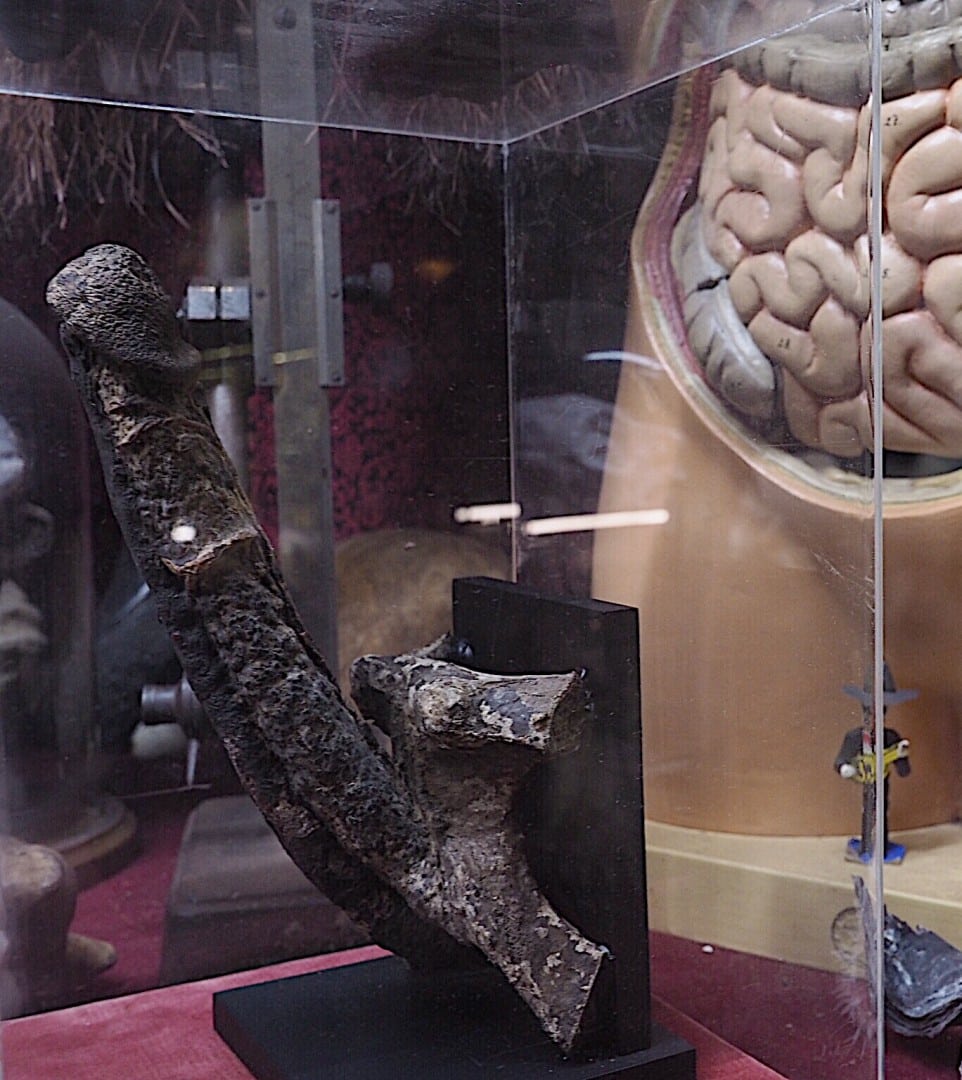 I did try to warn you.

Intended as an artwork in its own right, Wynd hopes the museum shows a portrait of the inside of his head as an “unhappy and incoherent mess”. I left bewildered and a little bit nauseous so perhaps that’s a success on his part?!

If you fancy visiting London’s weirdest museum for yourself it costs £5 and is open Wednesday – Sunday. Find out more here. 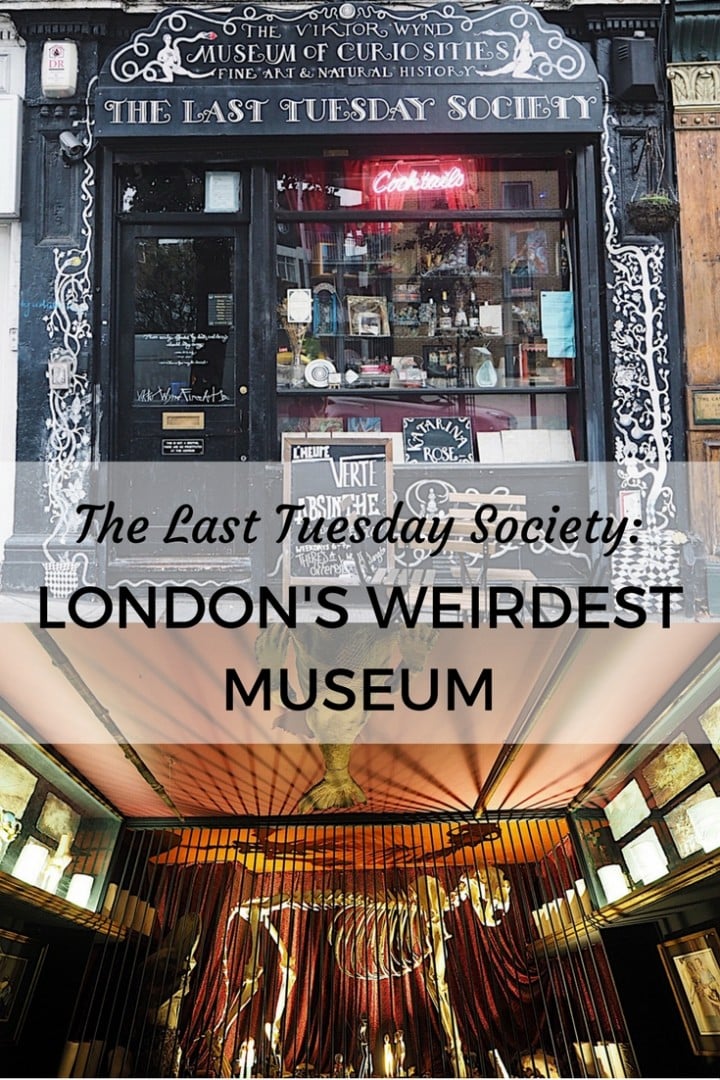