When thinking of London’s most beautiful interiors, churches, townhouses and civic buildings might spring to mind. 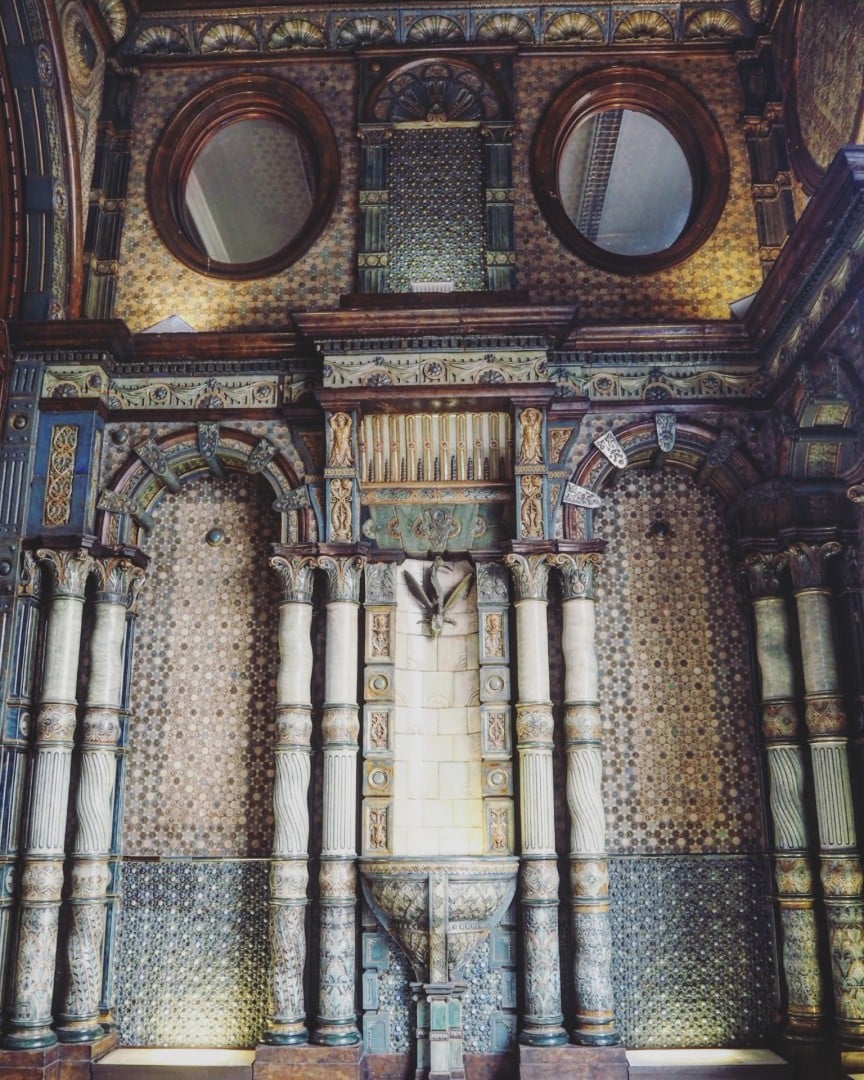 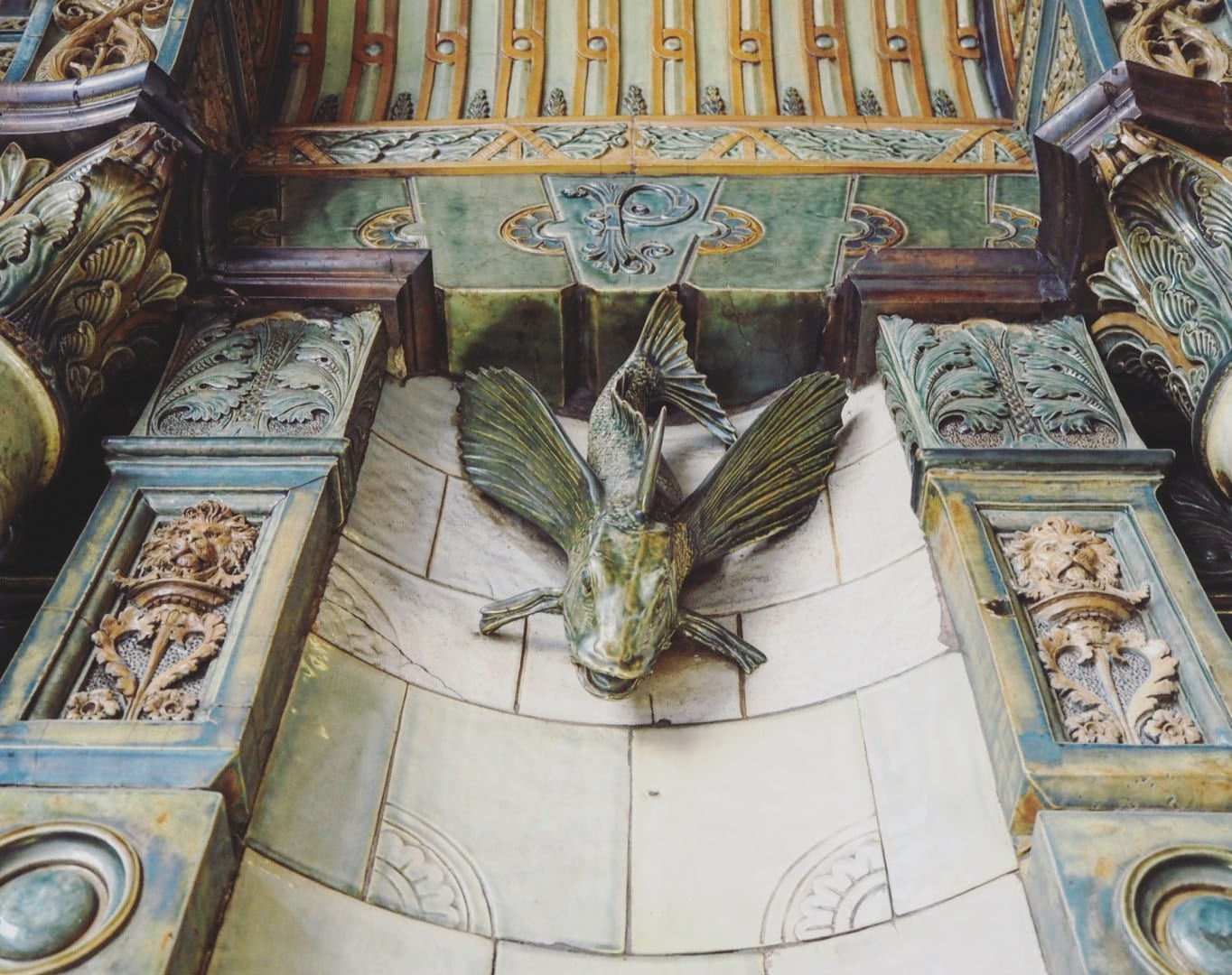 Detail of the ornamental fountain in the Lobby. 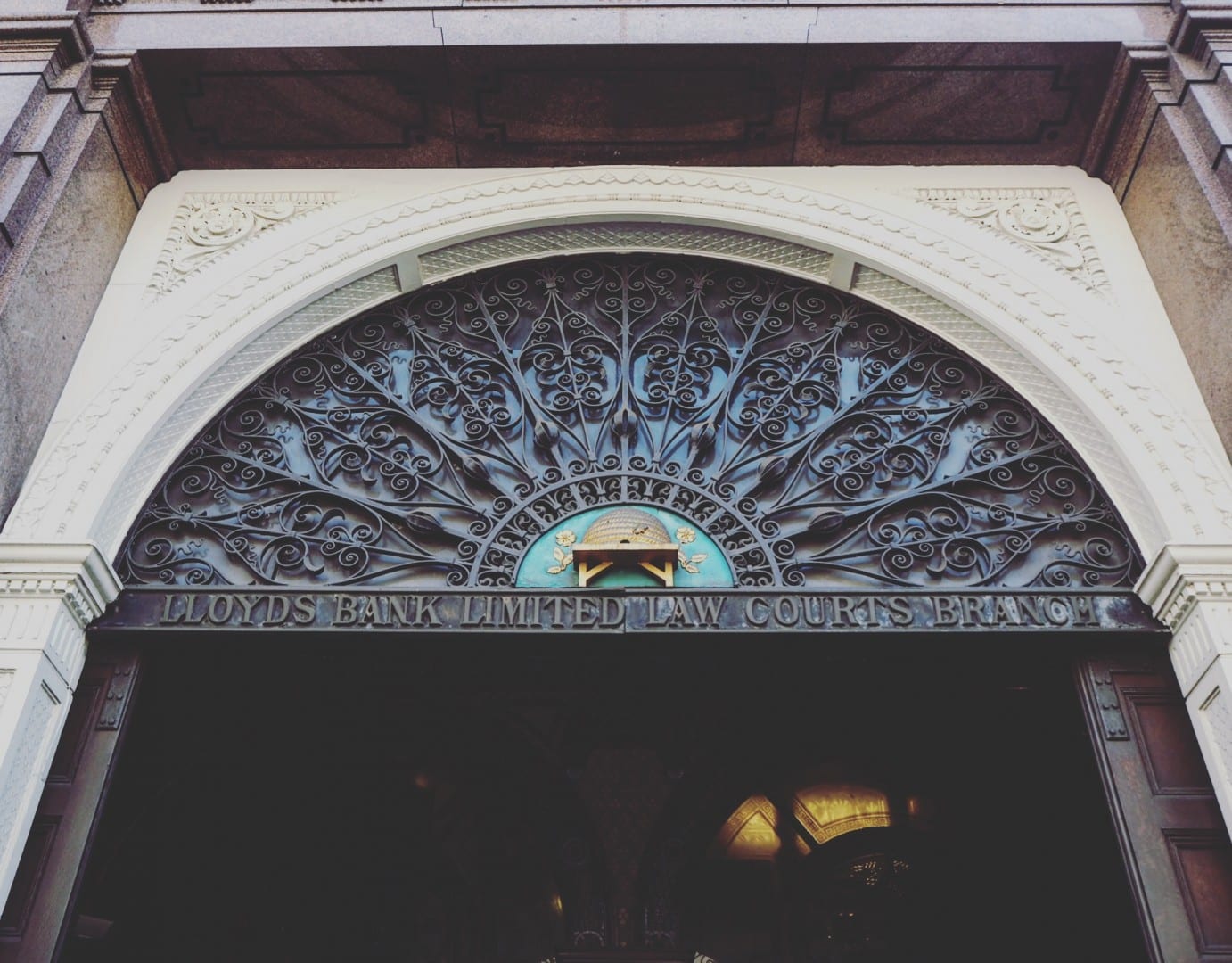 Decorative ironwork over the Lobby entrance, a beehive is a symbol for workers.

Since 1612 the site had been occupied by the Palsgrave Head Tavern, a favourite haunt of the playwright Ben Johnson, and named after Frederick Palsgrave who married Princess Elizabeth, James I’s daughter. 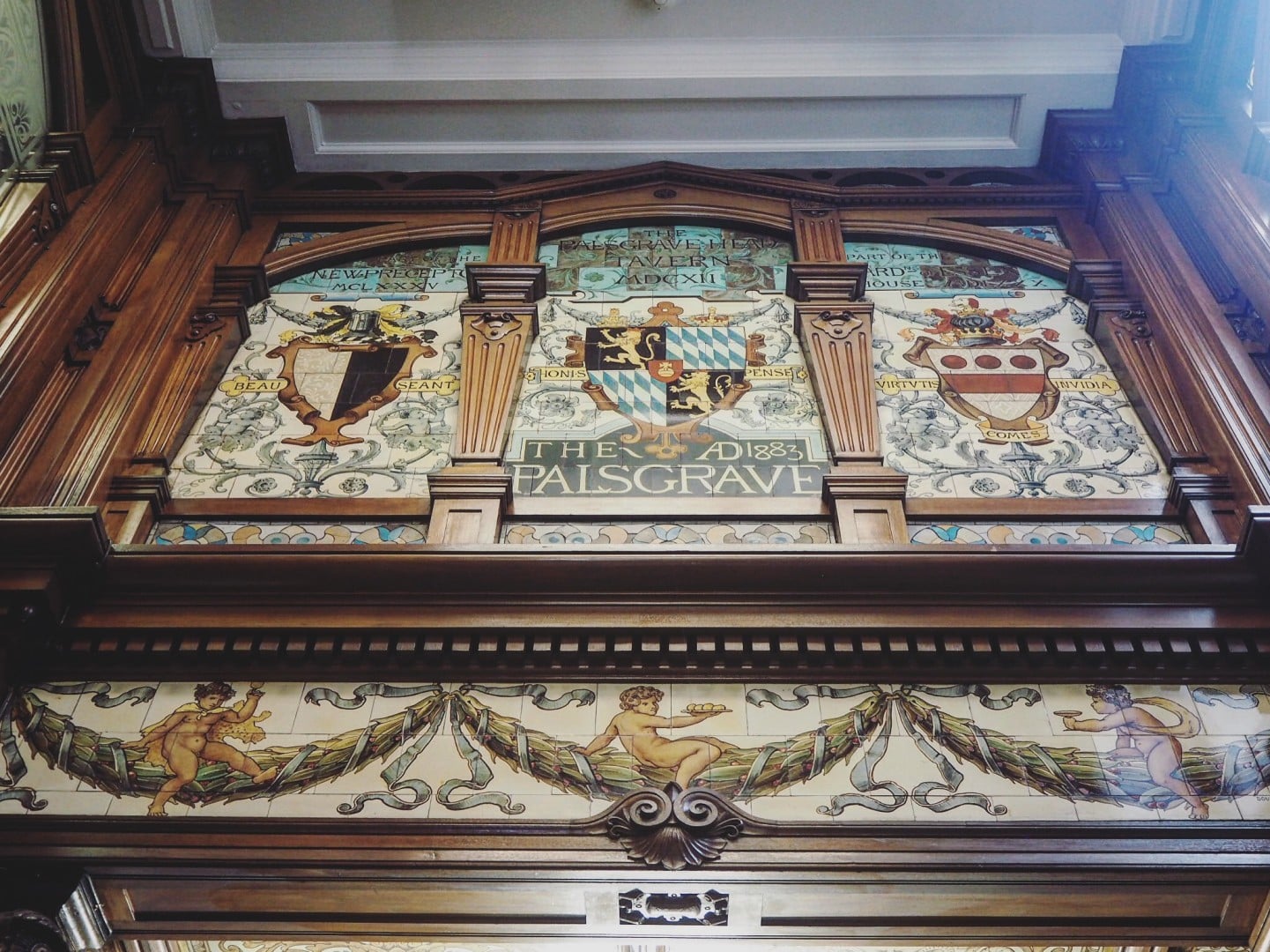 The Palsgrave Arms just inside the Lobby. 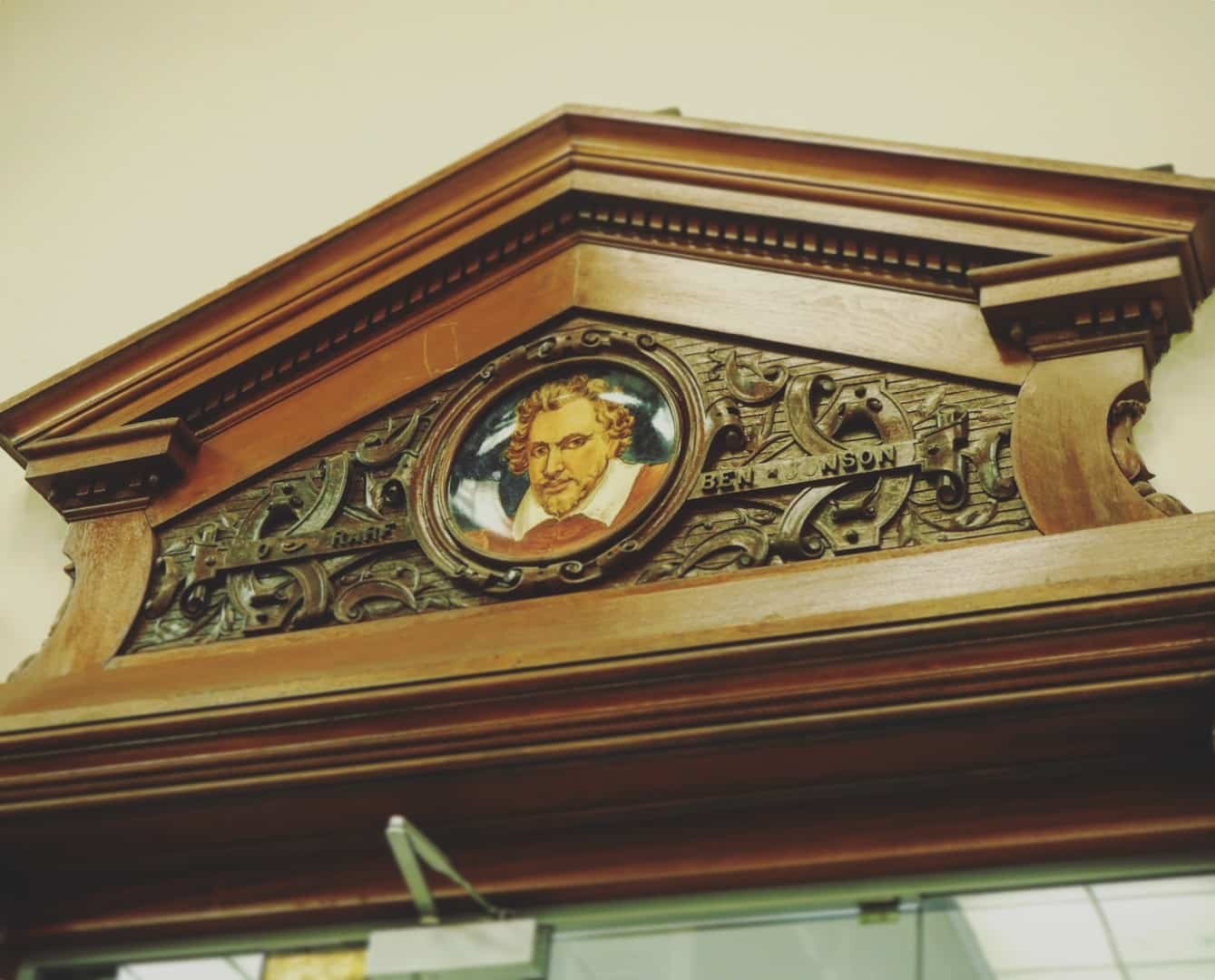 Portrait of Ben Johnson, playwright, who used to come here when it was the Palsgrave Tavern.

The restaurant, despite its sumptuous interior by Goymour Cuthbert and William Wimble, wasn’t a success and failed to attract lawyers and clients from over the road. It closed after 3 years and remained unoccupied until 1895, when it was converted into a Lloyds bank branch.

Automatic doors leading from the Lobby.

Described by the Penny Illustrated Paper as “the handsomest and most elegant bar bank in London” the ‘lobby’ feels like you’re standing in a decorative church, complete with ornamental fountains at each end and decorative tiles (from the Royal Doulton Company) depicting flora and Fauna. 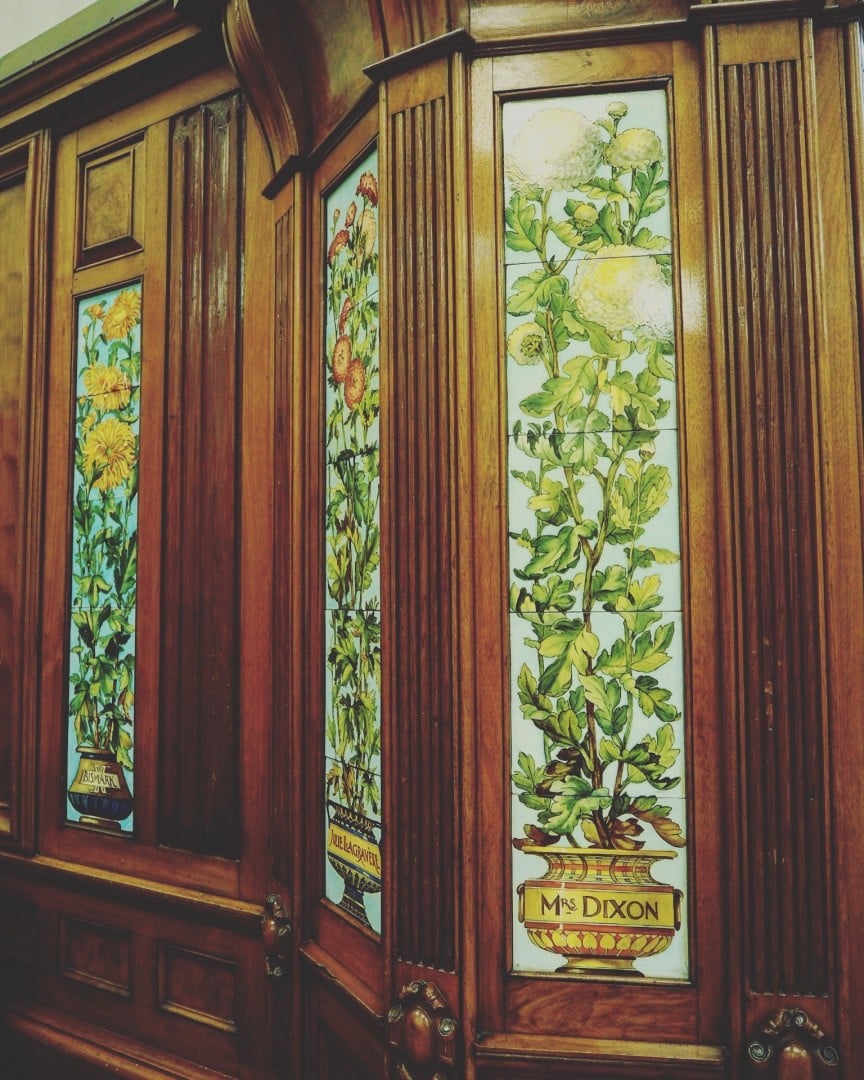 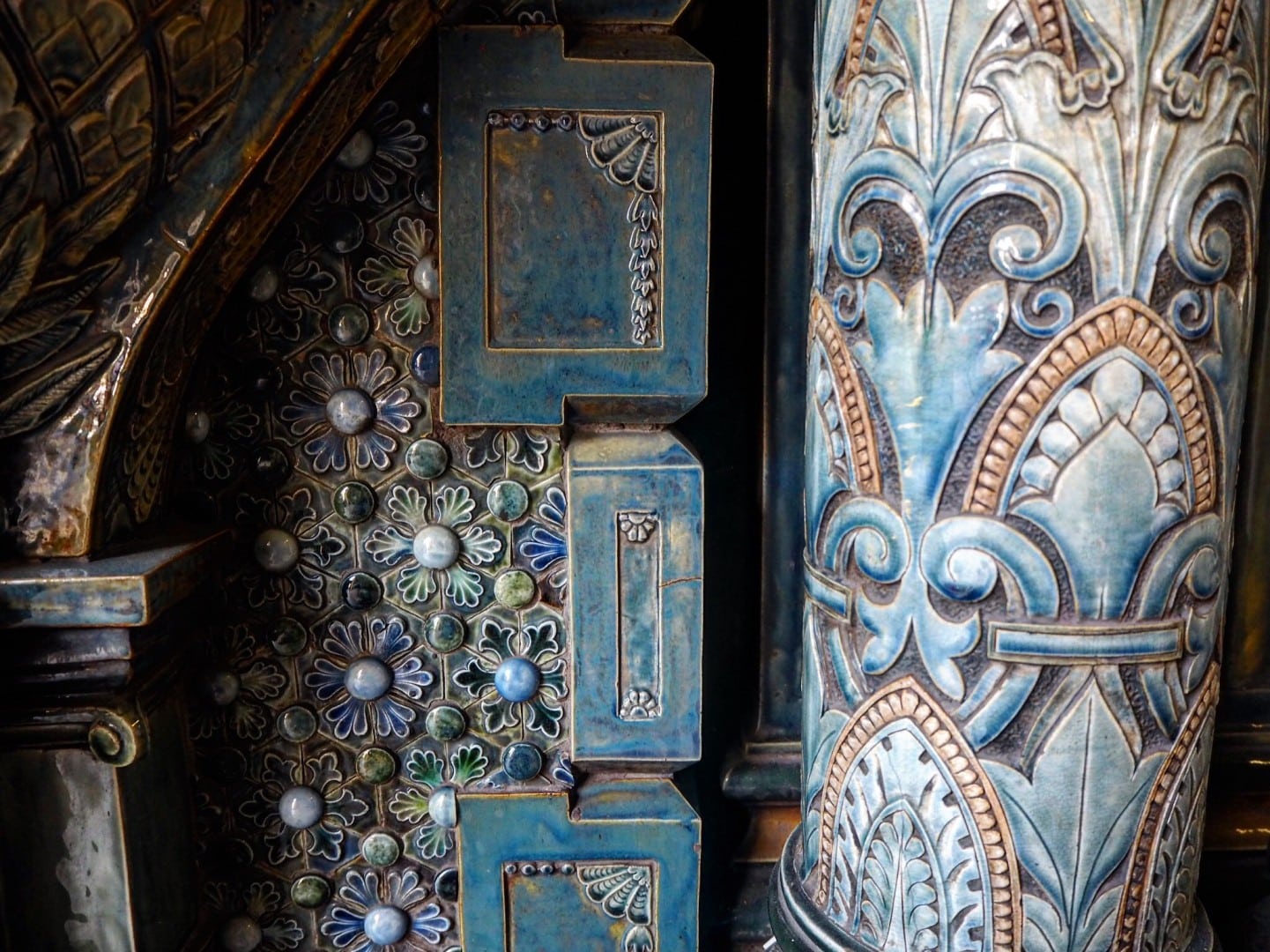 Details of the decorative mosaics and tiling on the Lobby.

But the best piece of trivia – printed on an information sheet inside – is the fact that the original dining room was ventilated by a pair of women riding a tandem bicycle which powered a huge pair of bellows. As ludicrous as this sounds, a bicycle-like piece of equipment was found during refurbishments, connected to the pipework!

As of January 2020, Councillors have approved the pub’s plan to convert the ground floor and mezzanine into a 27,000 square foot bar serving food and drink to up to 591 customers.

The building receive Grade II listed status in 1987. The listing on the Historic England website details the exterior but not much of the interior, so fingers crossed it will all remain as glorious as before.