in architecture, Churches and Graveyards, London, Look Up London
1 Comment

You’ve probably heard that The Elizabeth Tower is undergoing a big face lift at the moment. Big Ben’s bongs have been silenced and the shrouding has been erected. London (for a little while) has lost one of its true icons. But never fear! This simply allows us to appreciate the lesser known of London’s best clock towers… 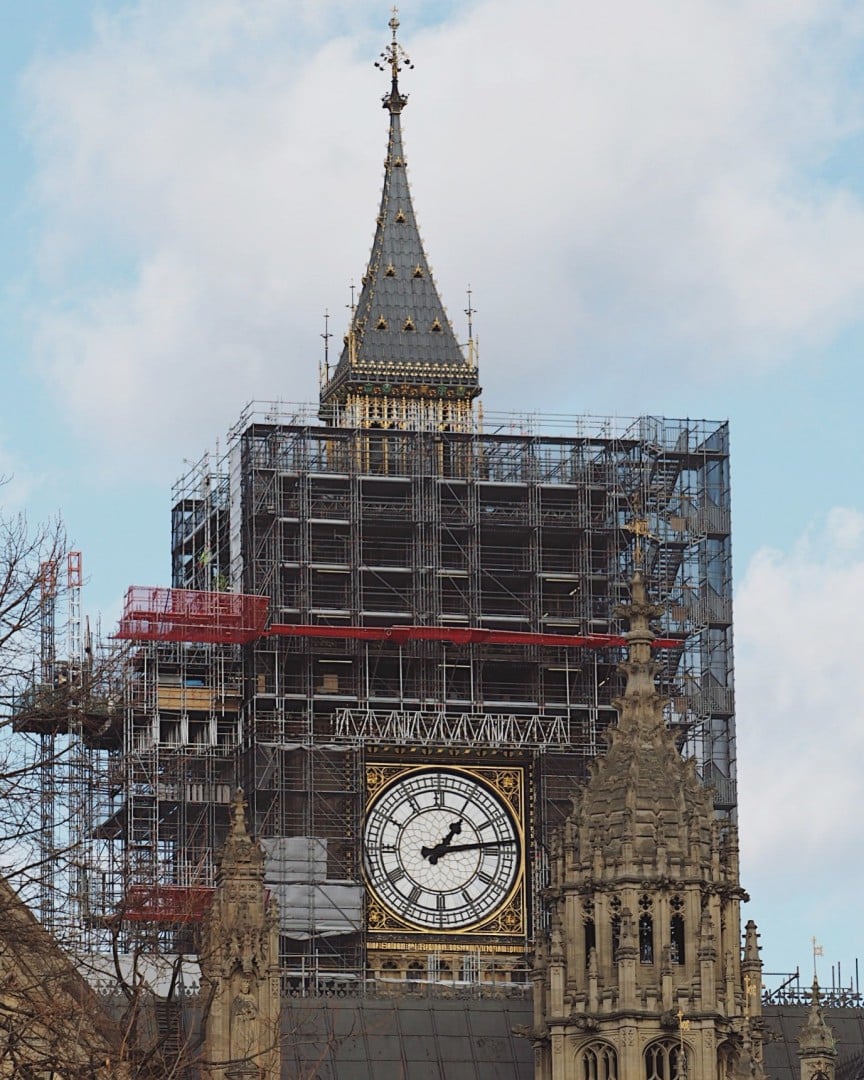 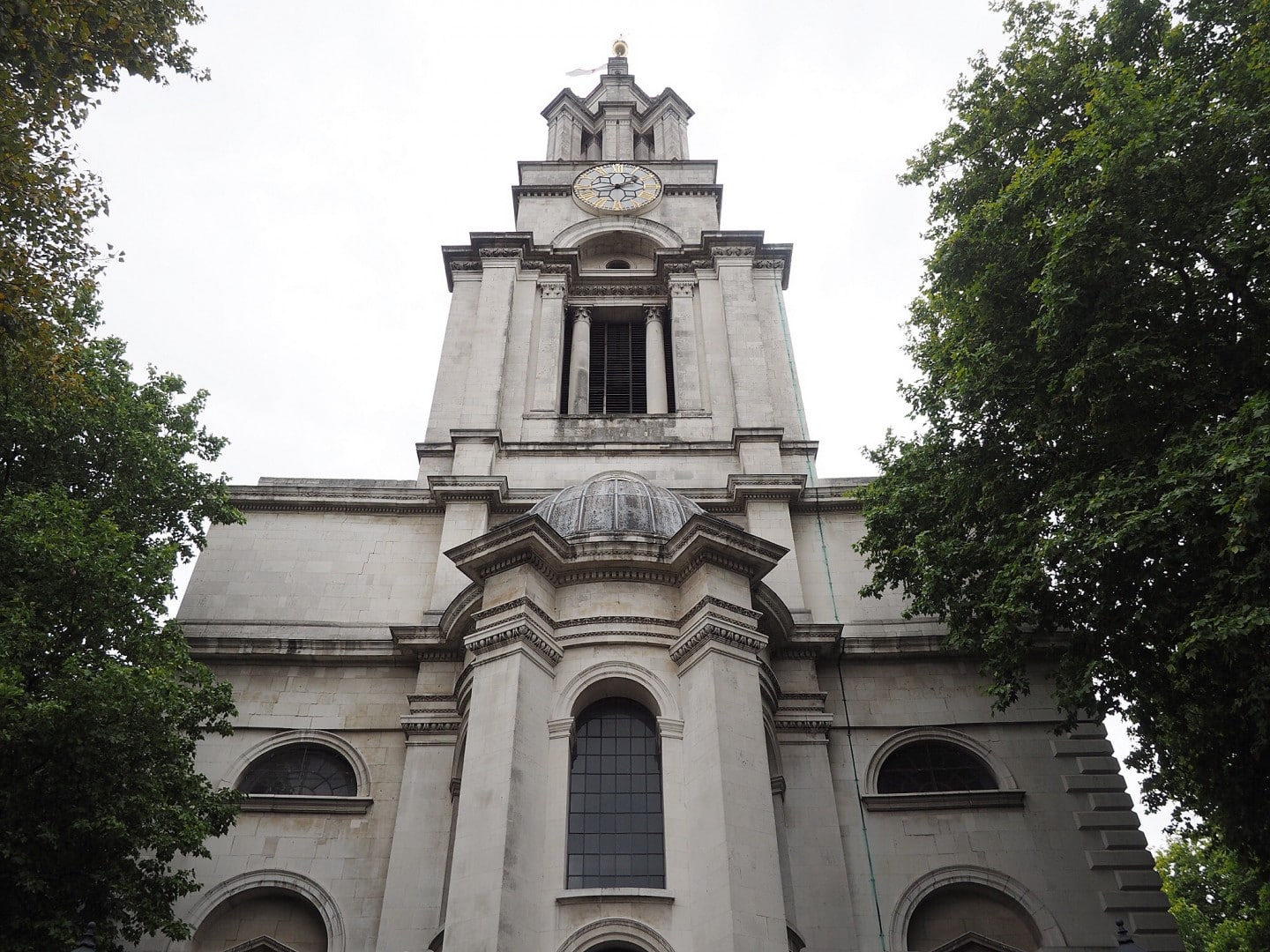 The second highest clock tower in London, St Anne’s Limehouse, is one of Hawksmoor’s churches, consecrated in 1730.

It’s currently on Historic England’s ‘buildings at risk’ list, with rain causing huge ongoing damage to the roof. Saying that, it seemed sturdy enough when I last visited as we were able to climb the clock tower on their ‘Sunday Fun Day’! 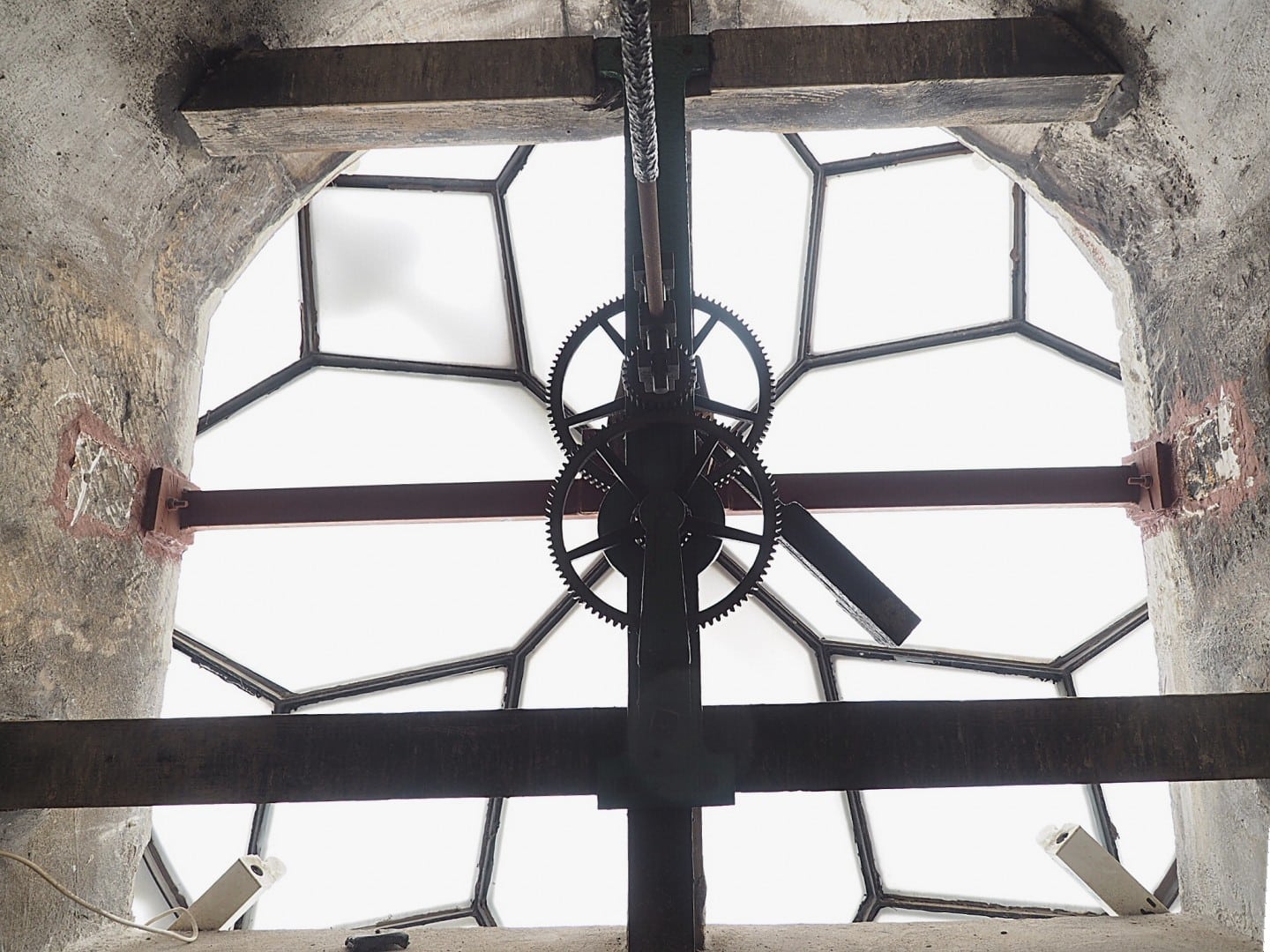 Described by Nicholas Pevsner as ‘thoroughly unsubtle’ the 1930s facade of Shell Mex House is now the dominant clock face on the River Thames. Believe it or not its clock face trumps that of the Elizabeth Tower and is officially the biggest in the UK! 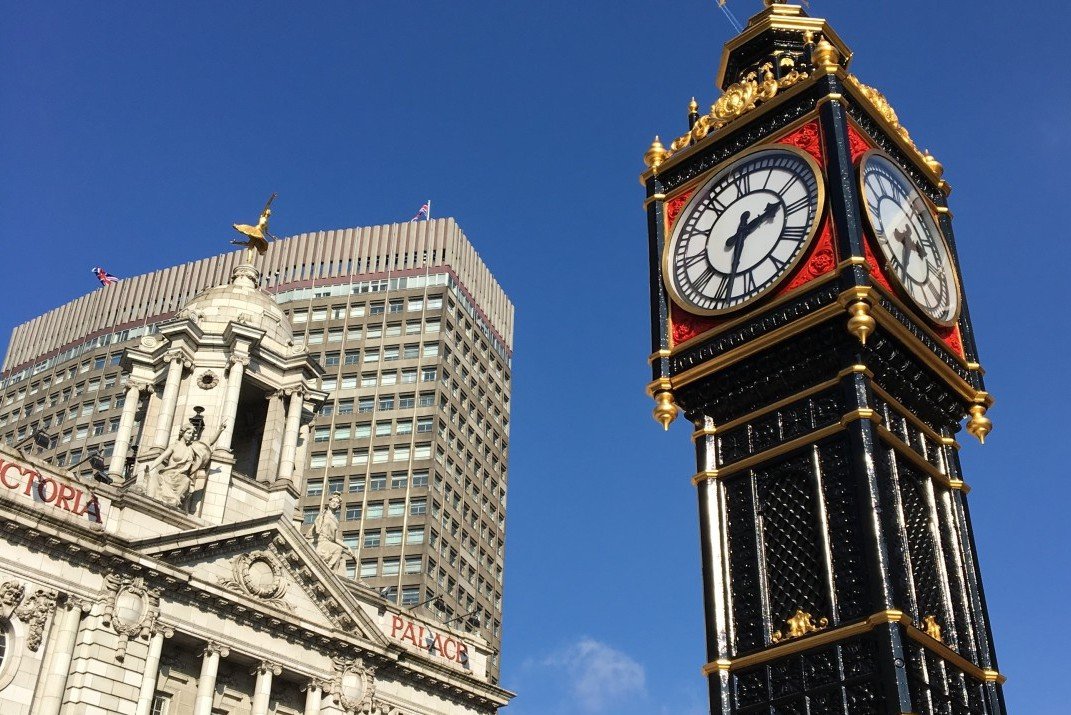 Croydon manufacturing firm installed this miniature clock tower in 1892 (33 years after its nearby counter part). Although it had the name Little Ben, aside from it being a clock tower, it’s not actually that similar.

Ignore the selfie-taking tourists in front of horseguards and gaze upwards next time you’re on Whitehall. 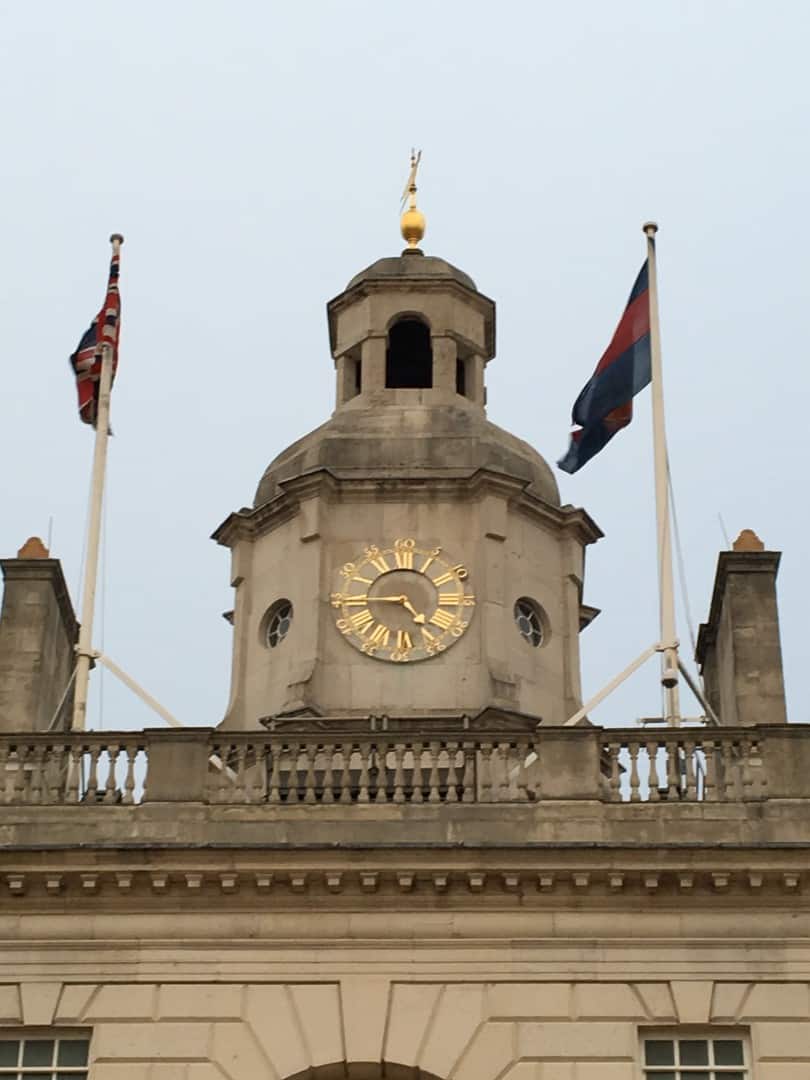 Built in the 1750s, the clock tower of the Household Calvary Museum hides a sinister secret. Do you see where there’s a black mark behind the 10 on the clock face? Supposedly this is a reference to that fateful time; 2pm, 30 January 1649 when Charles I was executed outside Banqueting House opposite. 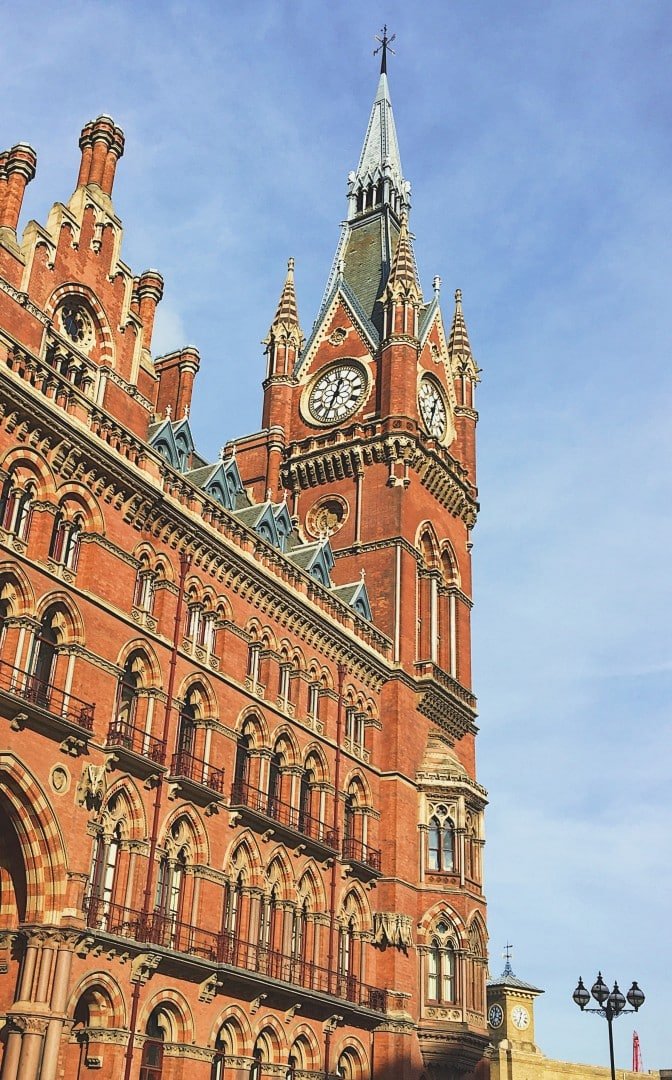 This fairytale St Pancras building is the former Grand Midland Hotel. First built in 1873 – Neo Gothic fantasy – and the most over the top railway hotel in the world (probably), it lay dormant and unloved from 1935 before undergoing a huge renovation project and re-opening in 2011.

It’s also one the most unusual Airbnb locations in London. Yep, you can actually book to stay in the clocktower room (and it’s only £125 a night!) More info here if you’re interested. 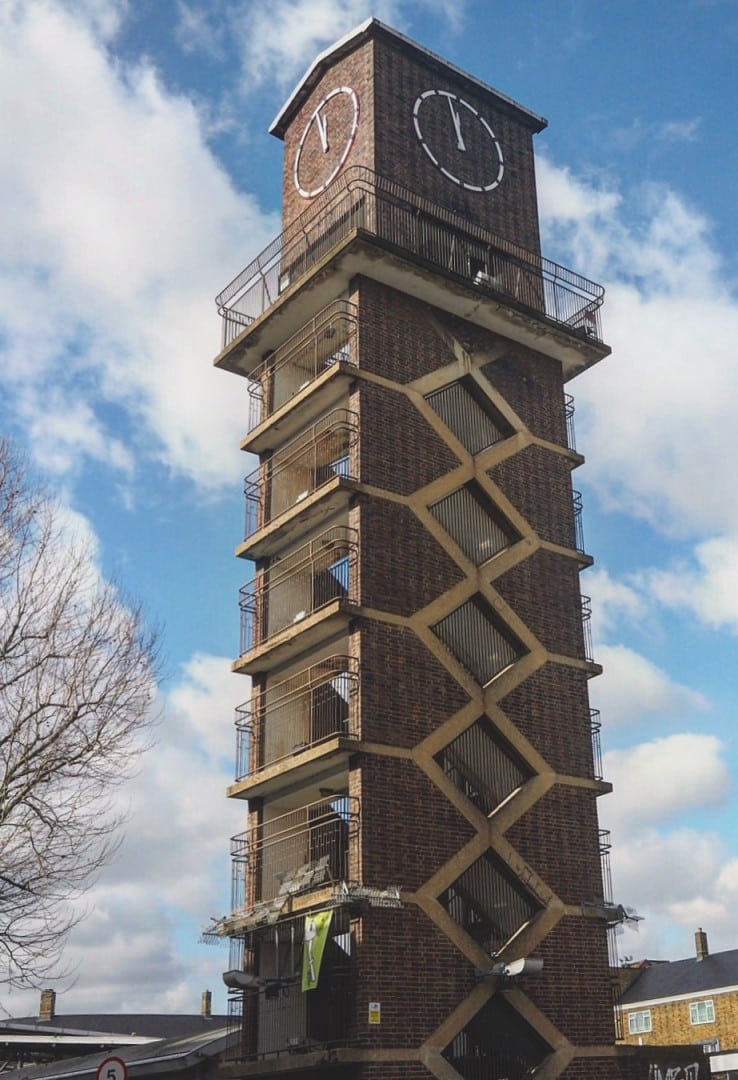 This eye-catching clock tower (which you can climb on Open House weekend) is part of Chrisp Street Market, designed by Frederick Gibberd. It was built as part of The Festival of Britain in 1951, making the market the first ‘purpose-built pedestrianised shopping area in the UK’ – catchy! 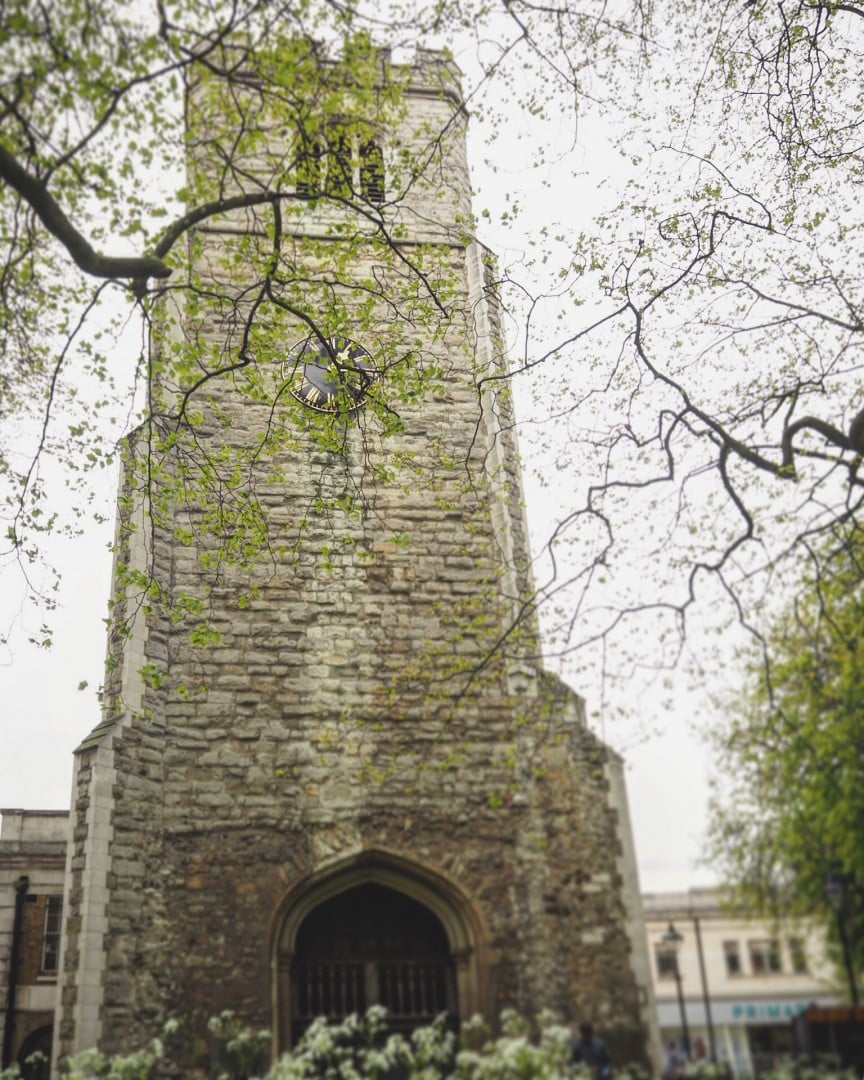 The oldest building in Hackney, there are records of St Augustine’s Church dating back to 1275! The tower today dates from the 16th century and is the only surviving part of the rebuilt church. Every last Sunday of the month it’s open to visitors 2-4.30pm and I’ve heard that there’s a cracking view. 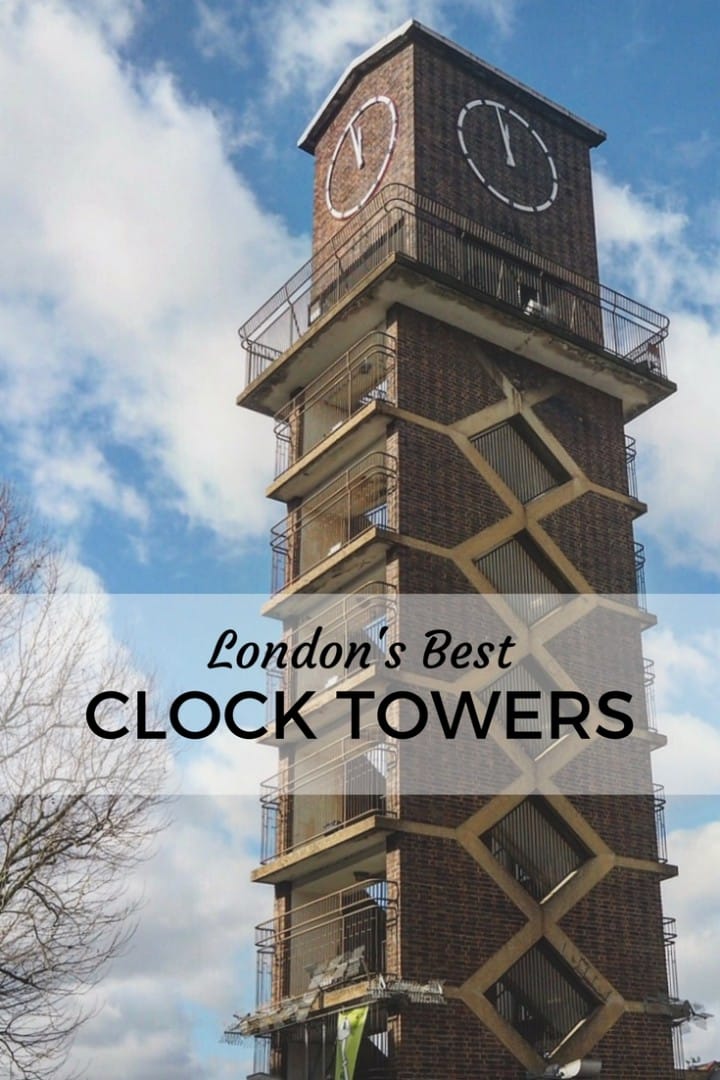