The Sad History Behind The Marchmont Street Token Sculptures

Along Bloomsbury’s Marchmont Street, look down. You’ll spot some odd little token sculptures embedded in the pavement. I know I’m usually about looking up, but the story behind these objects is worth sharing. 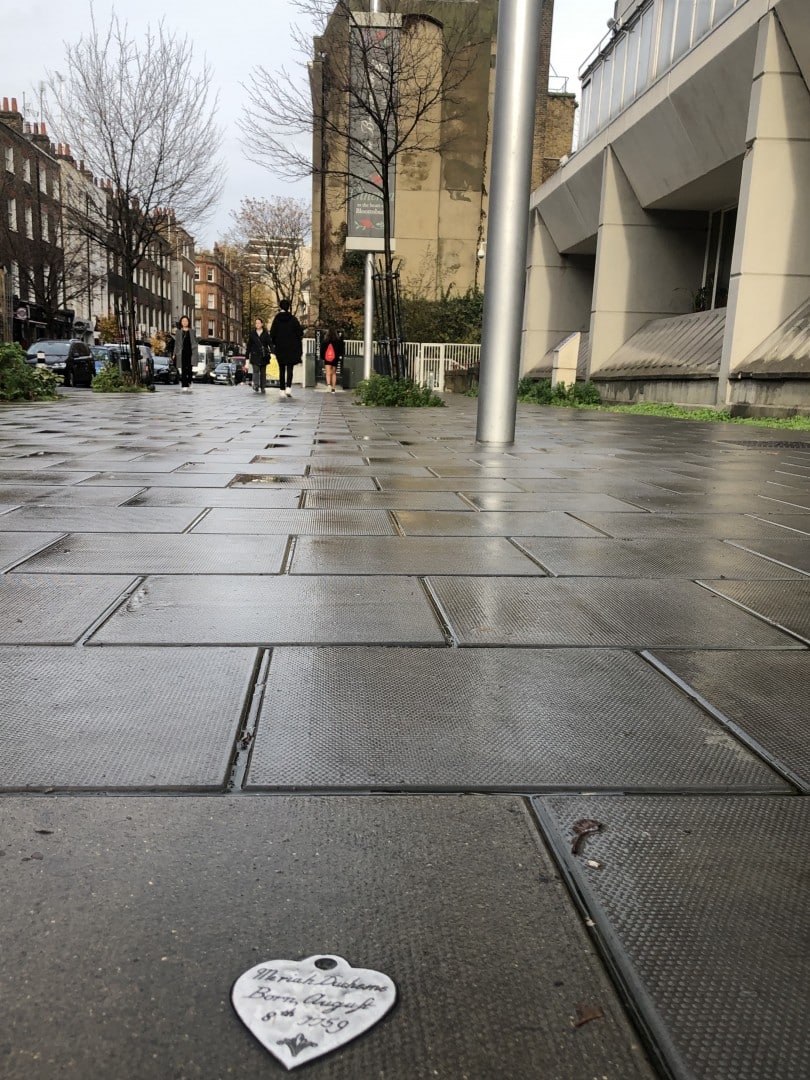 After first exploring the street visually, Aldus delved into its history.

His aim was that the artwork “add … a dimension of time, inviting the viewer to ‘inscribe’ himself in the area’s history” 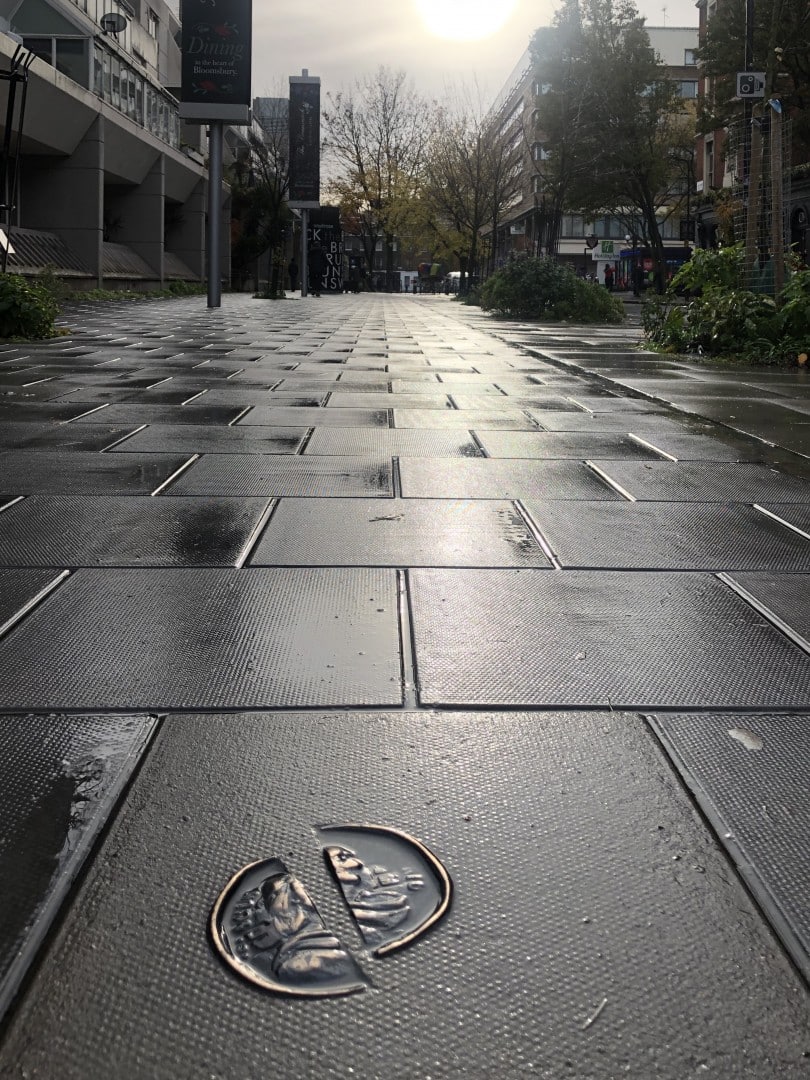 Named after the 2nd Earl of Marchmont, Alexander Hume-Campbell (1675-1740) was one of the founding governors and benefactors of the nearby Foundling Hospital.

The Foundling Hospital was established in 1739 and was the UK’s first children’s charity. It was set up by Thomas Coram as a centre to care for London babies who had been abandoned.

From 1741 babies were admitted.

Parents – usually impoverished mothers – could leave their child at the Foundling Hospital for them to be looked after. During the 18th Century it was estimated around 1,000 babies a year were being abandoned and local church parishes couldn’t cope.

Places were limited and eventually a lottery system had to be put in place; coloured balls which indicated if the child had been successful; a white ball, they were provisionally admitted, a red one, they had to wait and see if another accepted child was sent away due to infectious illness. A black ball meant rejection.

If the mother pulled out a lucky white ball the next step was to leave the child. They were encouraged to leave a small token; a key, chain or emblem that could help identify the child as theirs in the future.

In reality, very few children were ever reunited with their parents.

Among its most poignant objects in its collection are the tokens left behind. 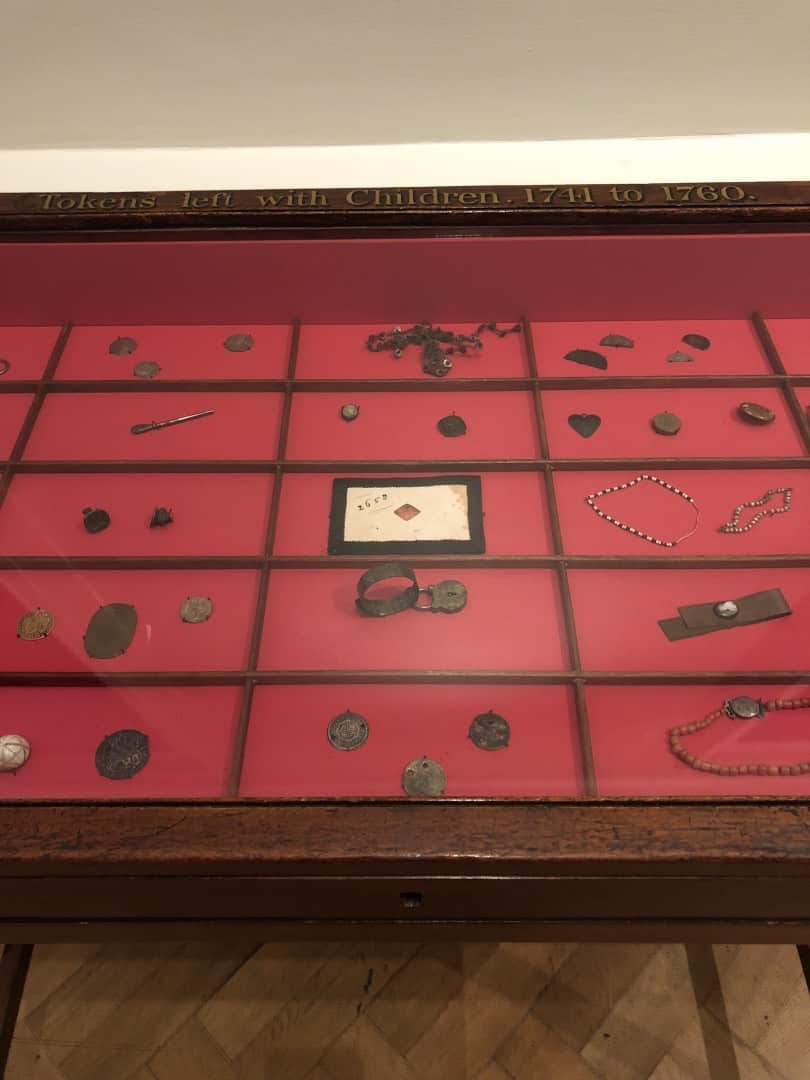 So, like many before and after him, John Aldus was moved by the site of Foundling Museum tokens that he chose these symbols to be cast into the pavement of Marchmont Street.

By following the pavement token sculptures, they lead you to the Foundling Museum. It’s a wonderful little museum and you can read more about it here.

At the museum you can see the real-life counterparts to some of the sculptures on display;

This is a fish-shaped gambling token made of bone. It was registered to child no. 18,070 who was received as John Billet but renamed John Cox.

The handmade textile heart token hasn’t been matched to a child. However, a slip of paper pinned to the heart has the name ‘William’ on it.

Another form of token was a scrap of material. This was left  in the majority of cases and was pinned to the child’s admission paper. These books now make up Britain’s largest collection of everyday textiles from the 18th century, with 5,000 different pieces each representing a child. 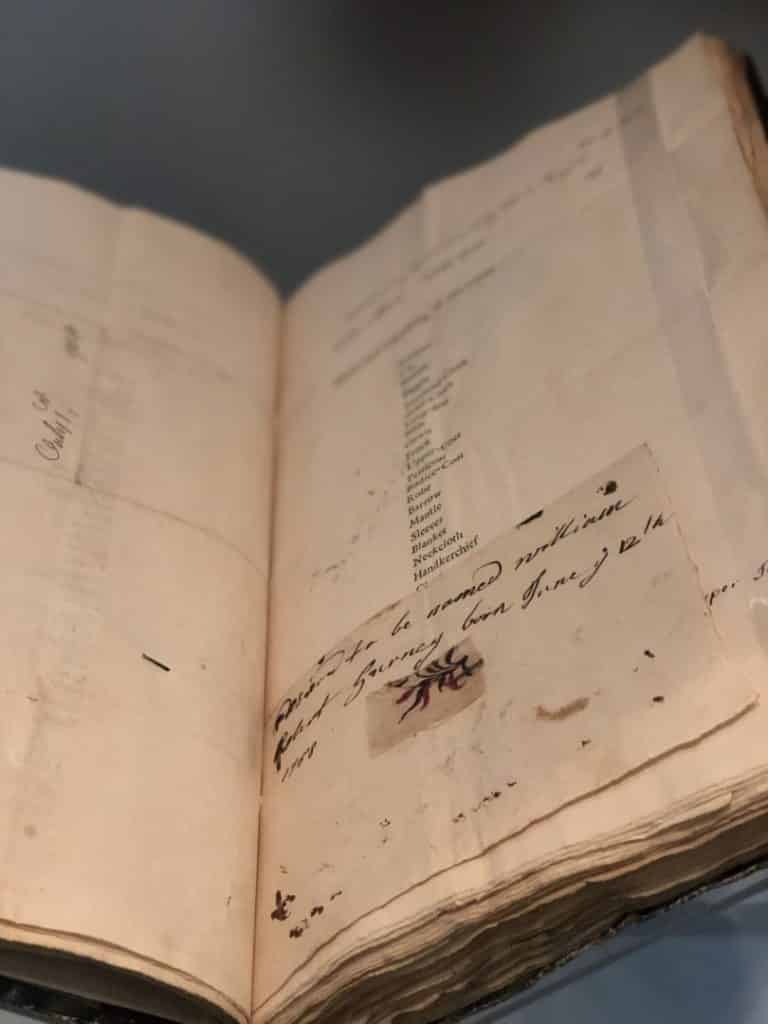 So next time you’re close to Russell Square, take a trip to Marchmont Street and look down. You’ll find a number of these token sculptures, a quiet reminder of extreme poverty and eventual safety.

Thanks to Peter Berthoud for showing me these gorgeous details on his excellent Bloomsbury tour!