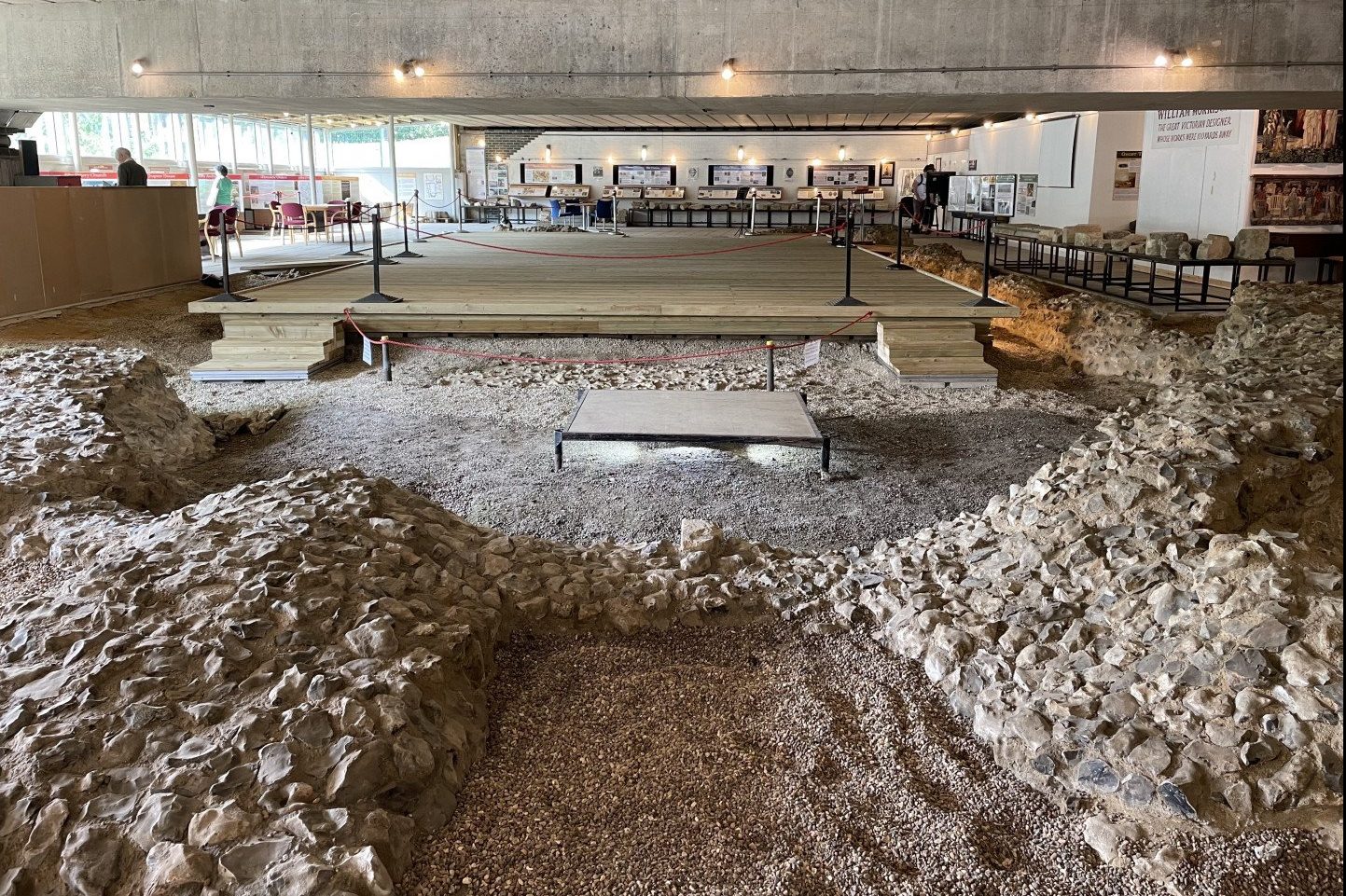 In the most inauspicious of locations, under the A24 by Colliers Wood, sits what was once the magnificent Merton priory.

Founded in 1114, Merton Priory was one of the most important religious houses in England. A centre of learning and religion with a church almost as big as Westminster Abbey.

In 1114 the Sheriff of Surrey, Gilbert, was granted the village of Merton by King Henry I. A wooden church was first built in 1117 but then a stone and ‘most beautiful and sturdy’ one replaced it from 1125.

It was in this first stone church that Thomas Becket – later the Archbishop of Canterbury – was educated in the late 1120s.

The church buildings were enlarged in the 13th century and the priory hosted a peace conference between King Henry III and Louis, Dauphin of France in 1217.

The Priory’s importance on a National stage didn’t diminish as in 1437 King Henry VI had one of his coronation ceremonies here on his 16th birthday.

However, with the arrival of the dissolution of the monasteries, the priory was demolished in 1538 and stones have been found ay Henry VIII’s Palace at Nonsuch.

In the 1920s, local antiquarian Colonel H. F. Bidder began an archeological excavation and revealed the location and ground plan of the priory buildings.

There were further digs in the early 1960s and late 1970s but the most extensive were in 1988-90 when the remains of all the Priory buildings were revealed before the present Sainsbury’s was erected.

Today you can visit what remains of the foundations of the Chapter House.

Within large monastic organisations the Chapter House was like a company boardroom, a place for regular meetings between the priors and where a chapter of the Rule of Saint Augustine was read.

There’s also a stone coffin on display, one of 738 excavated Medieval burials. The stone coffin burials were the most expensive form of burial, preserved for the Priors. Whereas simple parishioners were buried outside the main building and in simple shrouds.

But there’s more to be found elsewhere…

A short walk from the Chapter House site you can find remnants of the Precinct Wall, constructed in the 12th century.

There used to be surviving gateway in the precinct walls, but this was badly vandalised in the 1980s and demolished. Merton Council has a few photographs you can view but the current replica is a poor imitation.

A far better surviving gateway can be found a 20 minute walk away at St Mary’s, Merton Park.

This church will get its own blog at some point because its a fascinating place, but for now I wanted to share the extraordinary stone archway.

Built in 1175 as the entrance to the guest house of Merton Priory, this was moved here in 1935 after the rest of the building was demolished in 1914.

Closer to the Chapter House (and within the original site of Merton Priory) you can find Merton Abbey Mills, today a collection of cafes, restaurants and craft stalls and shops.

From the 17th century, after Merton Priory was dissolved it was known as Merton Abbey and from the 1660’s it was a textile manufacturing hub thanks to its location on the River Wandle.

In 1724 the first calico (white cotton) printing works were established here and between 1872 and the early 1970s it was used by Liberty’s to produce their famous hand-printed silks.

A reminder of this history can be seen in the Colour House Theatre, Grade II listed and dated from 1742 (with 19th century alterations).