in London, Look Up London, Quirky Museums, Things to do in London, West London
0 Comments

One of the top must-see museums in London, it’s a firm favourite for tourists as well as locals because of the family-friendly exhibits. However, most Londoners don’t know you can also book onto a behind-the-scenes tour! Allow me to introduce The Spirit Collection.

The name ‘spirit’ is a reference to the (highly alcoholic) liquid used to preserve natural specimens. If you want to get technical, it’s about 70% ethanol – so not drinkable! This conveniently means it’s not taxable, making it comparatively cheap. 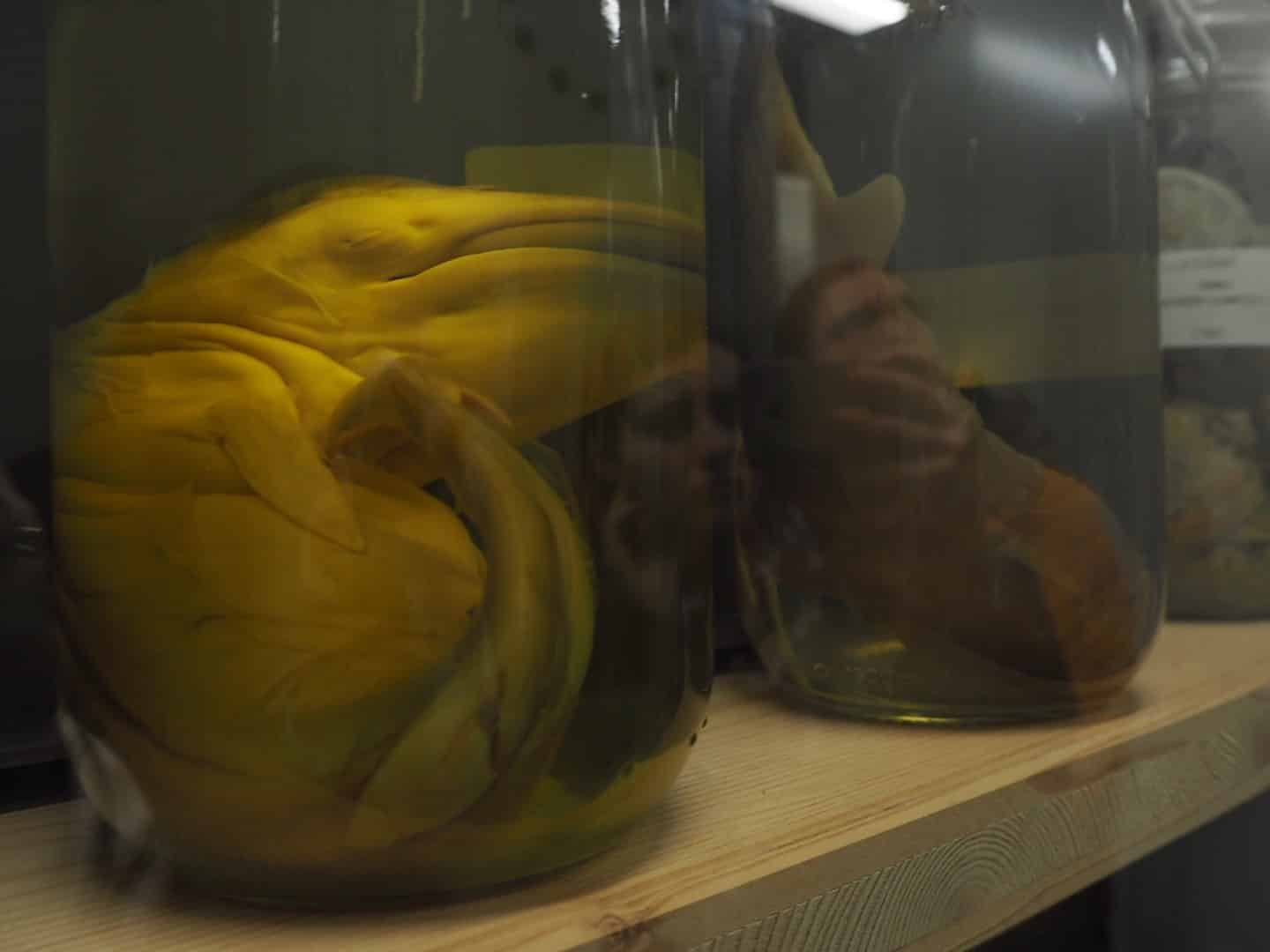 Within the Spirit Collection, each category of animal has a floor, vertebrates on one, fish on the other etc. In total there’s about 23 million specimen! 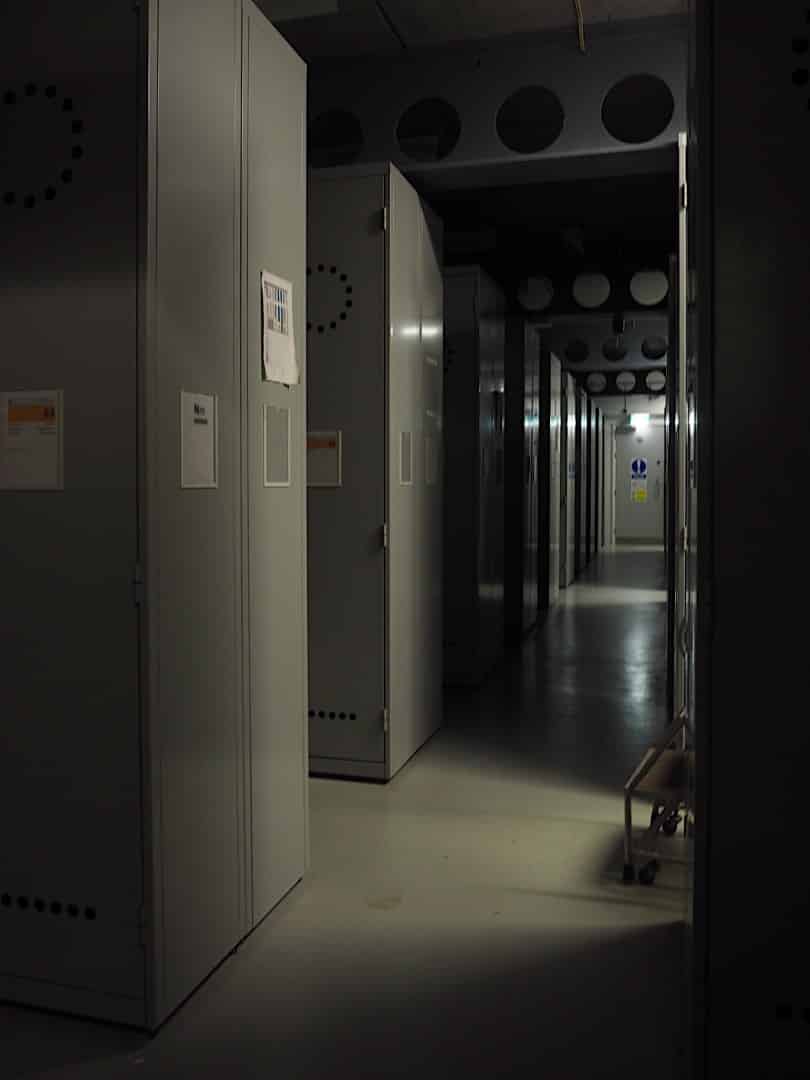 We descend into the basement, passing rows upon rows of archive shelving. Each of these are stacked with different curiosities. 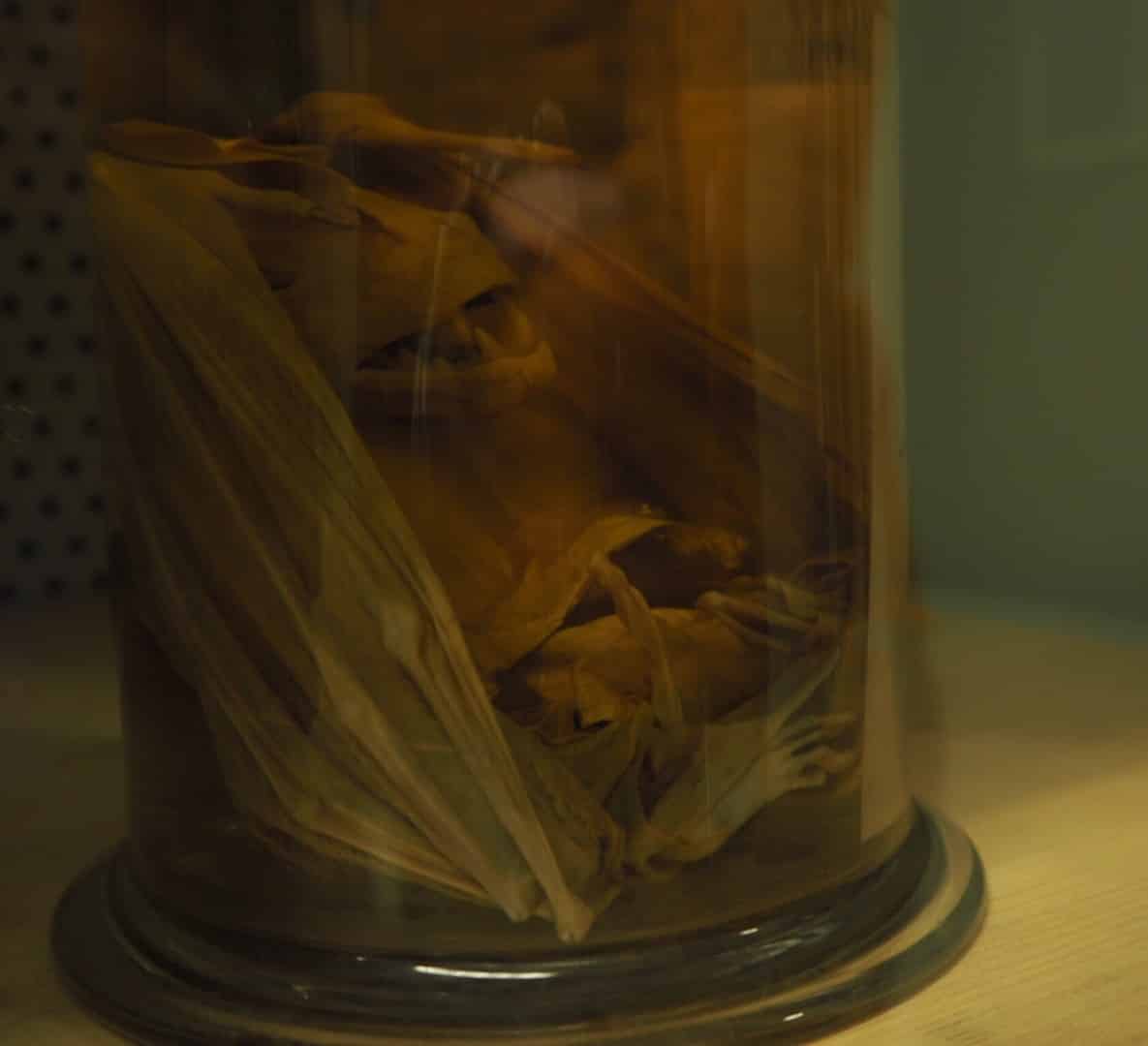 The highlight is the Tank Room, where they keep specimen too large for anywhere else. 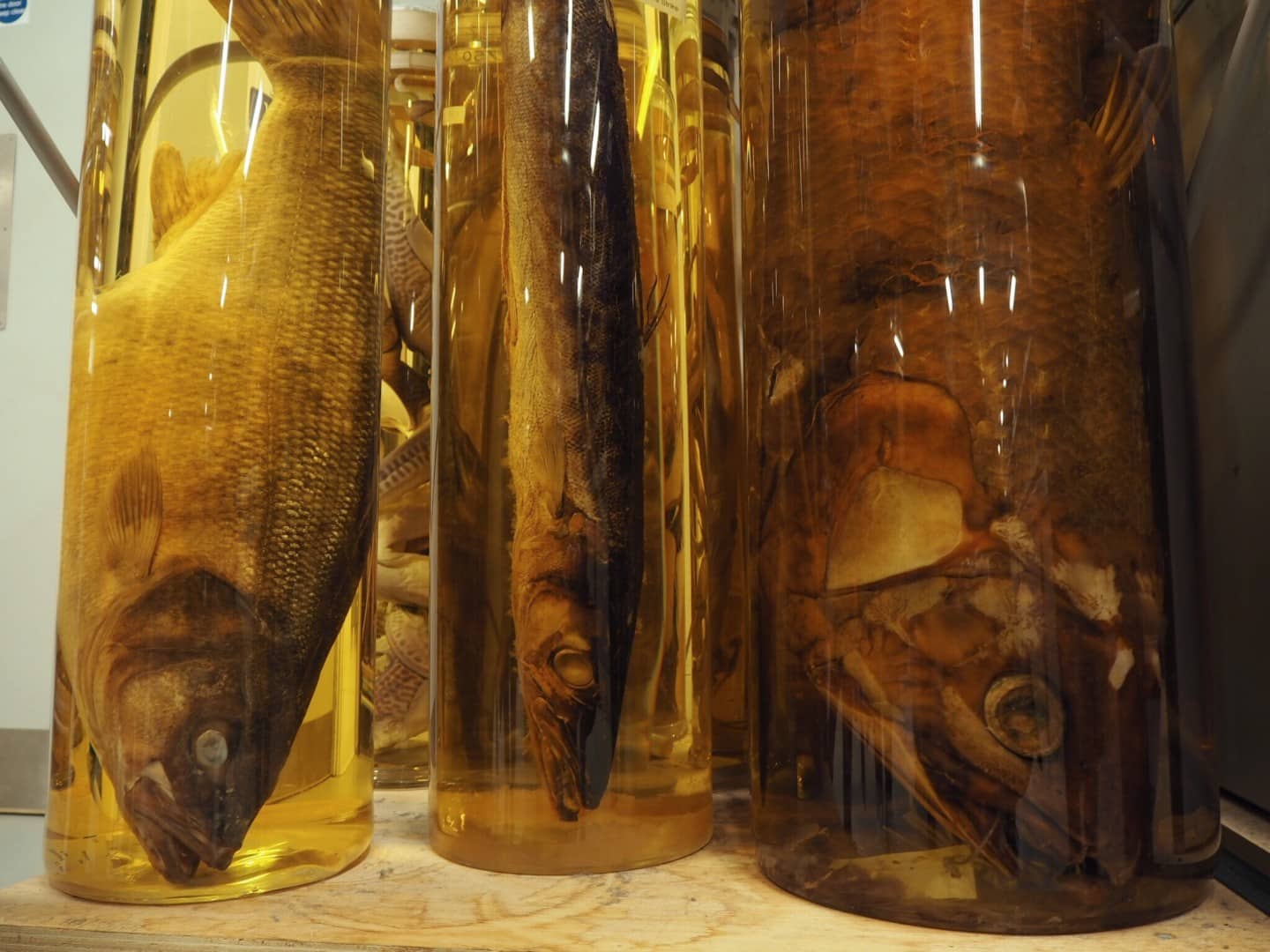 On the far right is a Coelacanth. Incredibly rare, the fish can grow up to 2m and live for 60 years. They were thought to be extinct and haven’t changed for over 55 million years! When found in the ocean it’s actually a dark blue, but the spirit bleaches the scales. Our guide likened its discovery in 1938 to stumbling across a dinosaur in the forest!

Another intriguing find was the friendly-sounding Cookiecutter Shark.  It’s anything but cuddly. 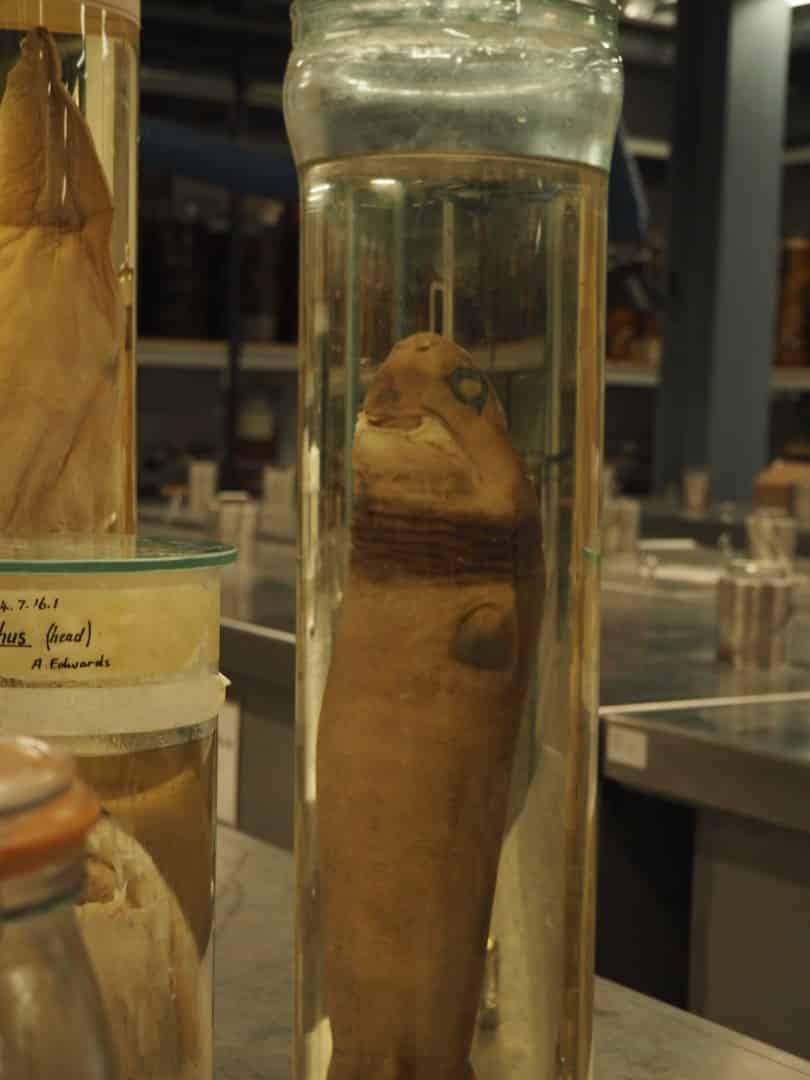 Burying itself in the sand, the shark lies in wait until something big stumbles past. It then launches itself out of its hiding place, taking a bite out of the unsuspecting passerby.

These are its jaws. *Gulp*. 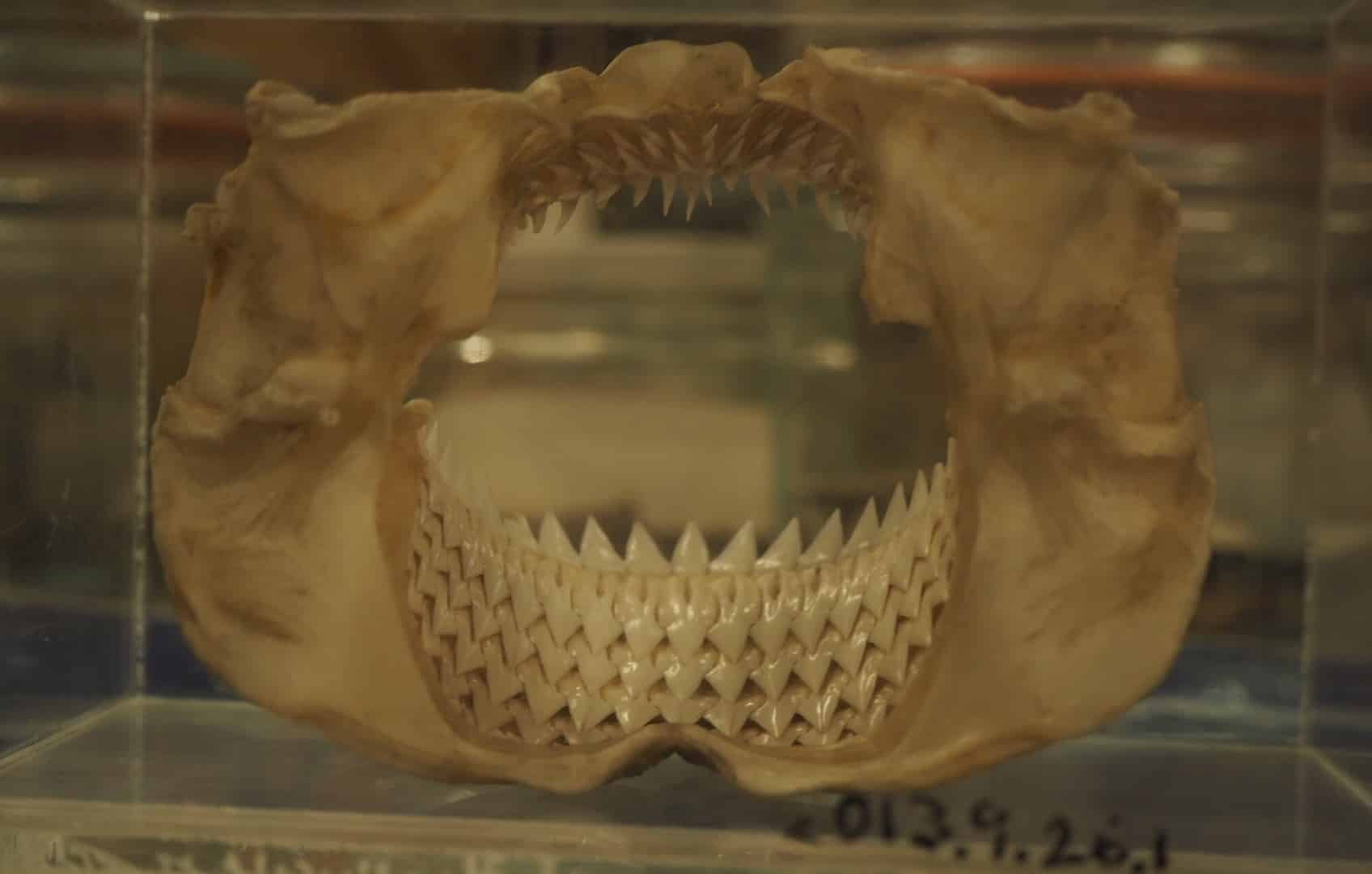 Indiscriminately attacking anything, it will even take a chunk out of bigger sharks! Can you spot the round sore by its mouth? That’s why it’s called the Cookiecutter, nice huh?! 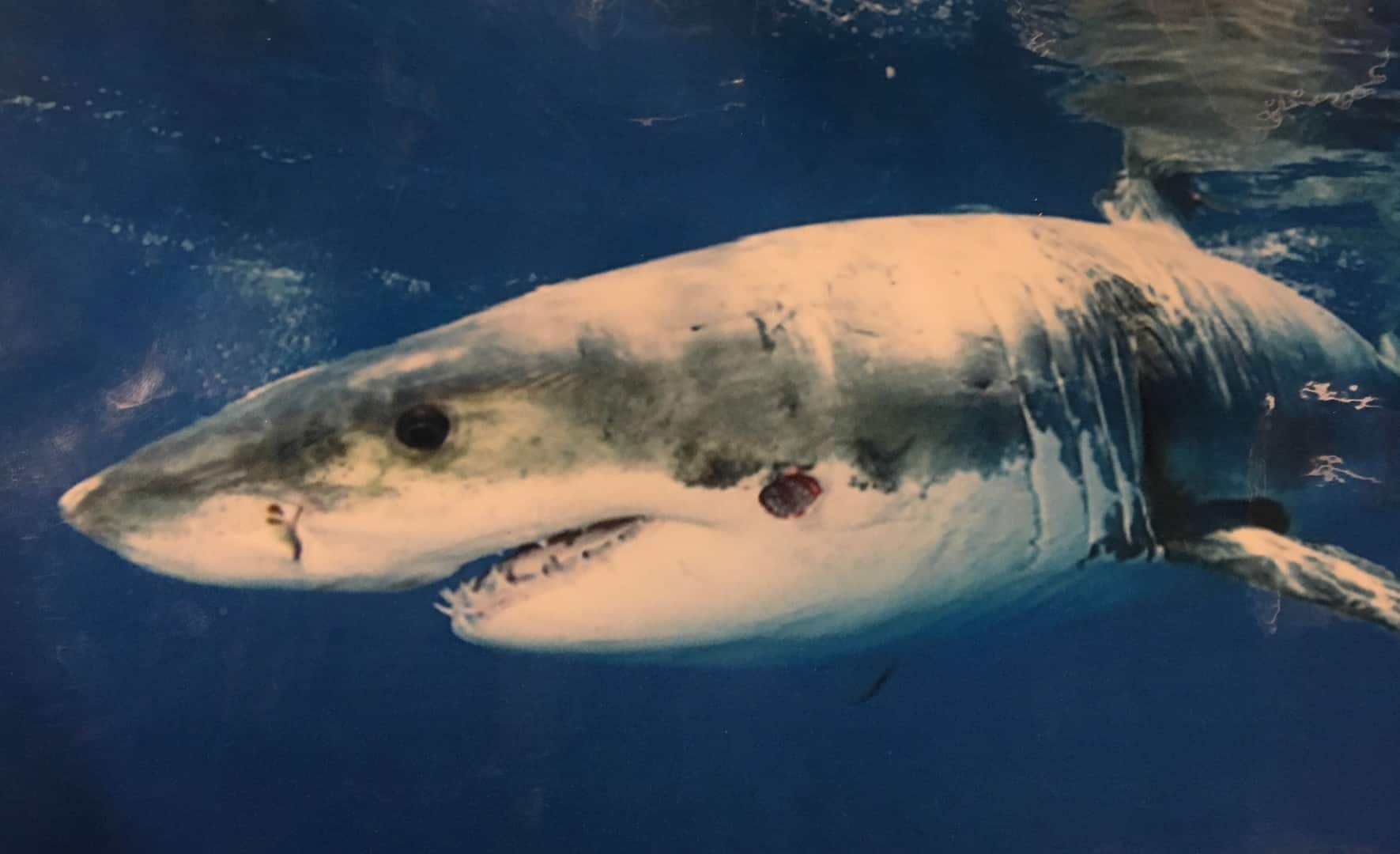 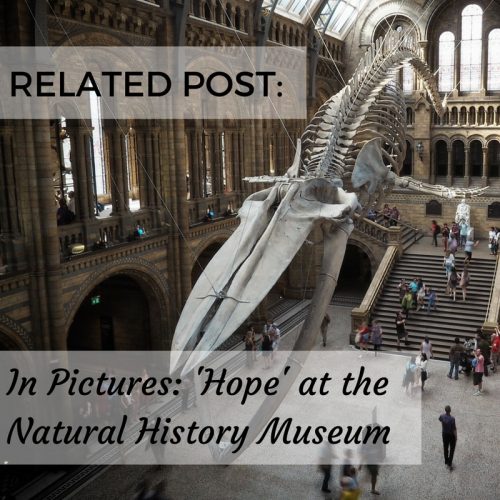 The hero of the tour though, has to be ‘Archie‘, the museum’s very own Giant Squid. 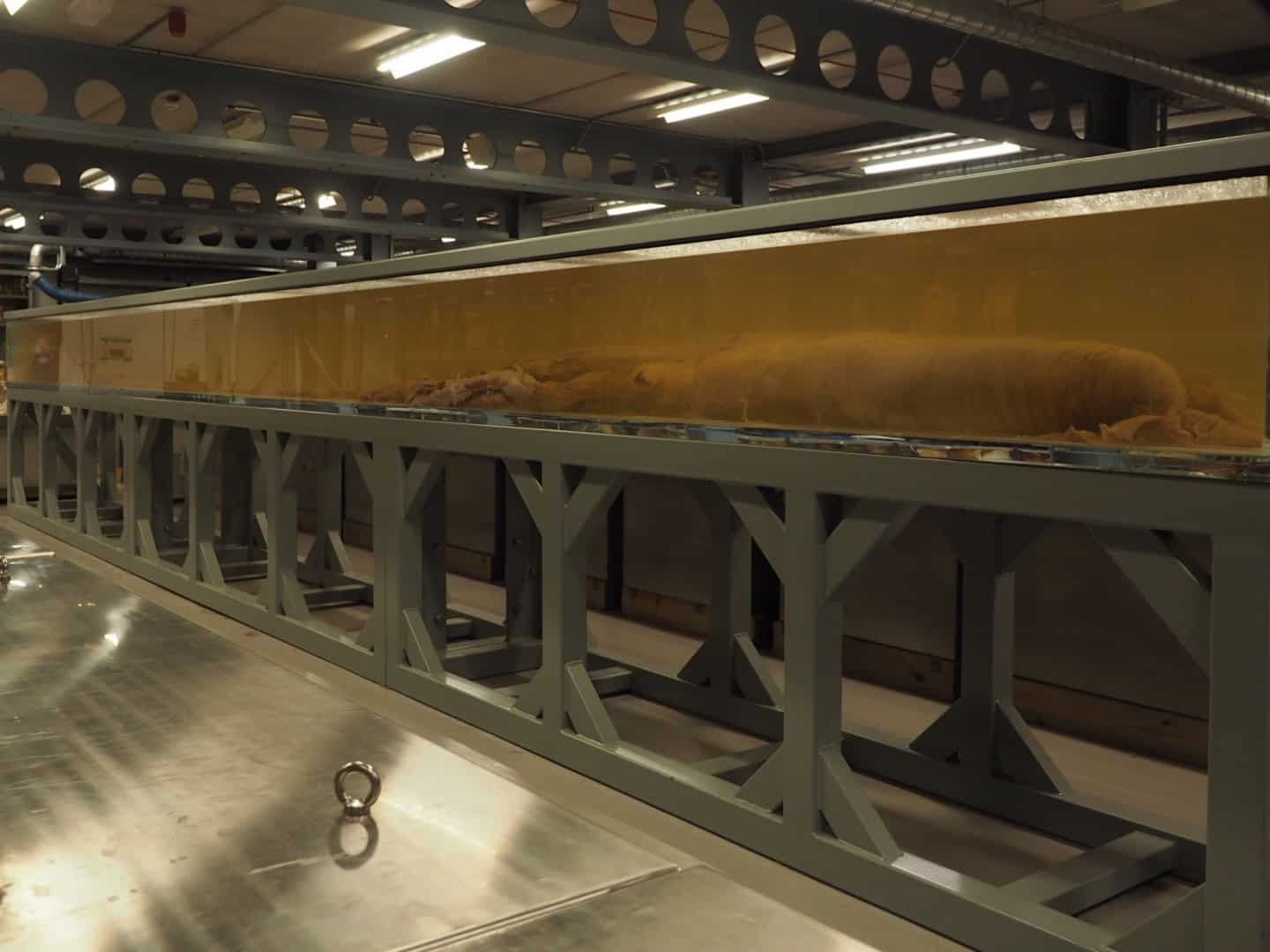 Capable of growing up to 13m long, Archie isn’t full size. But still takes up a sizeable chunk of the room! 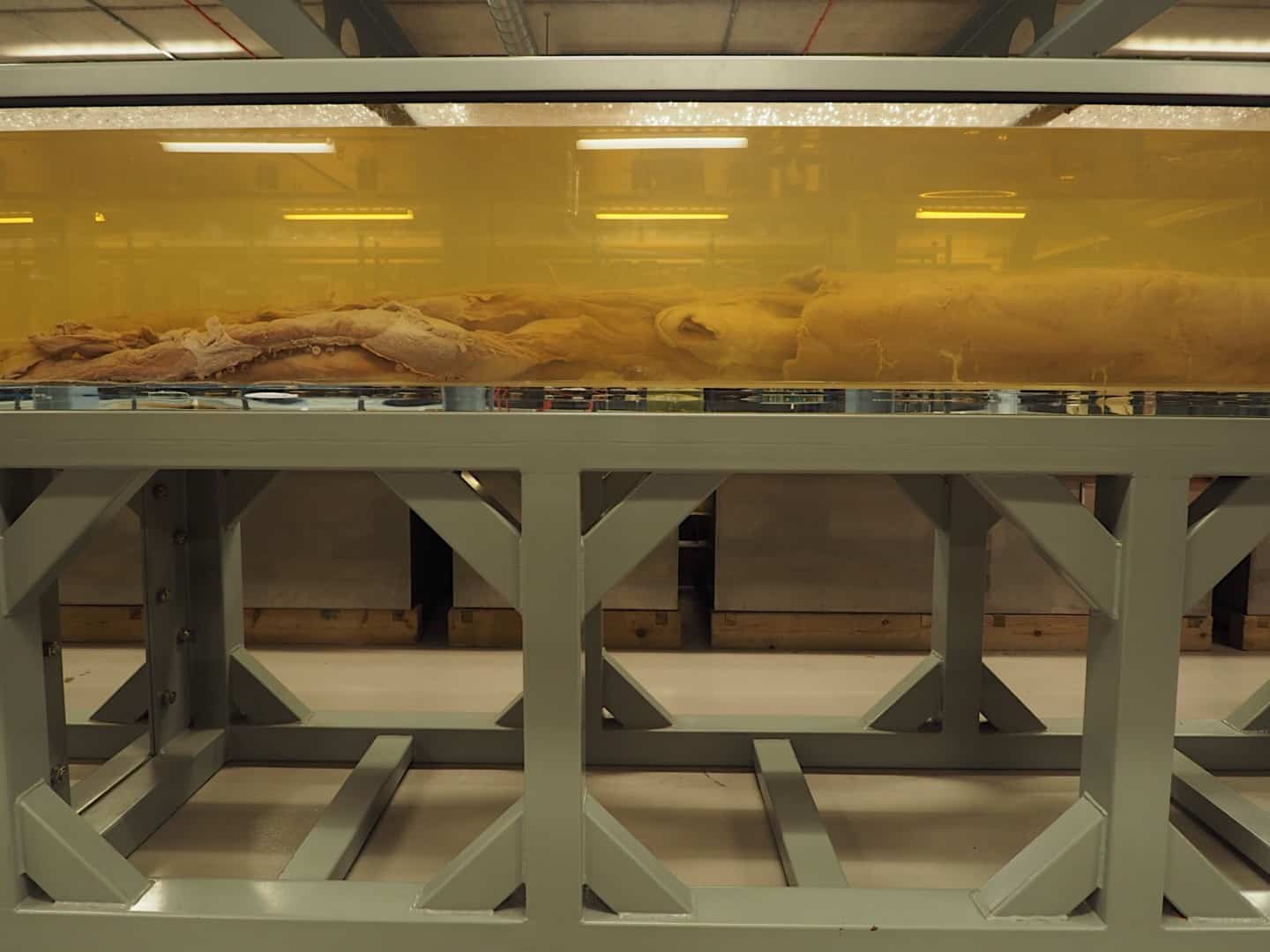 With eyes the size of dinner plates, Archie was found in 2004 off the coast of the Faulkland Islands.

He was at a depth of 250m, far shallower than their usual habitat and so was probably already close to death when he was picked up by the fishing trawler. Imagine their surprise! 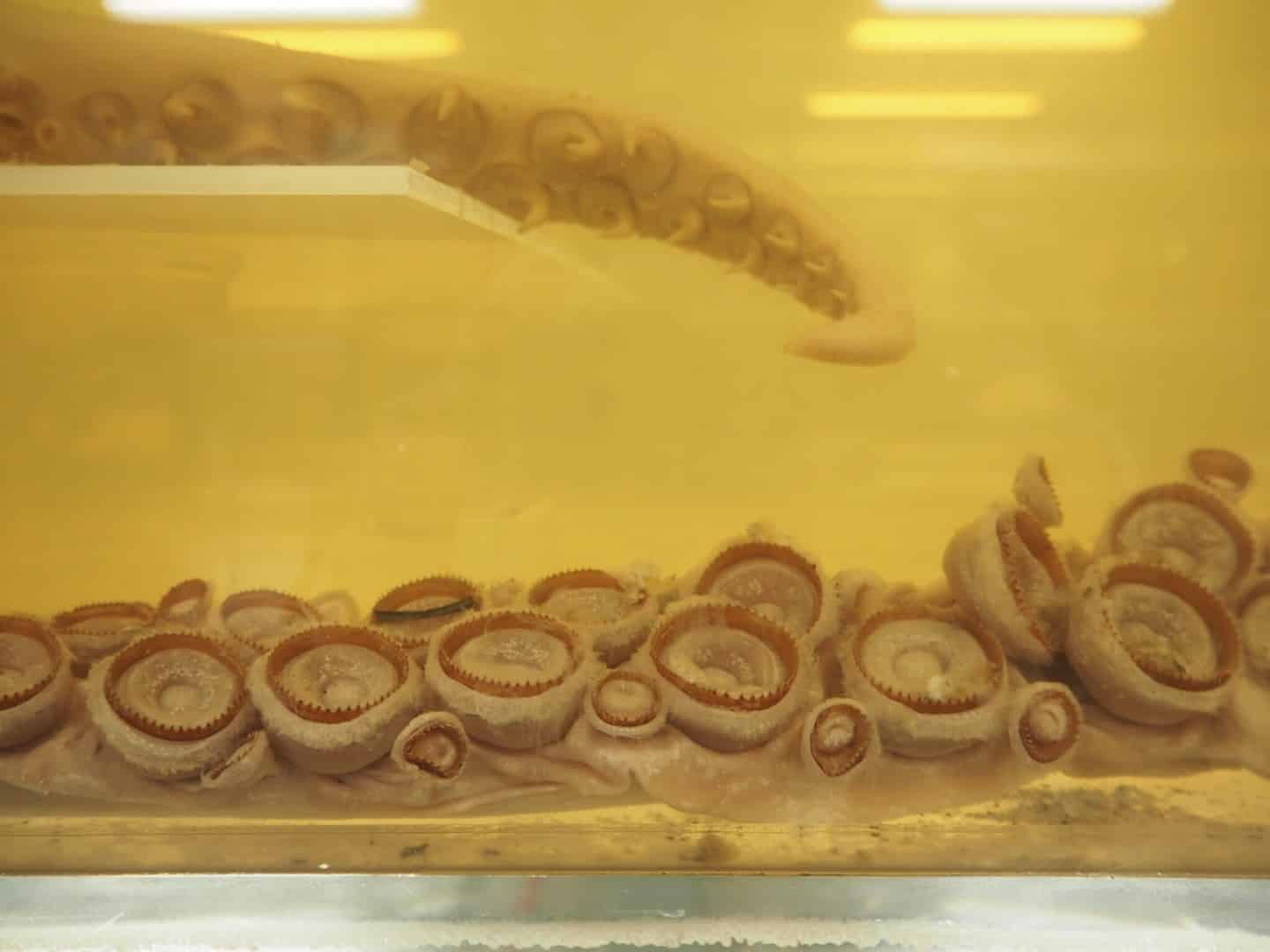 The hour-long tour is such a great way of feeling like an insider in your own town. I certainly learnt plenty of new things about the Natural History Museum!

If you’re interested tours of the Spirit Collection, available most days, can be booked here for £10. 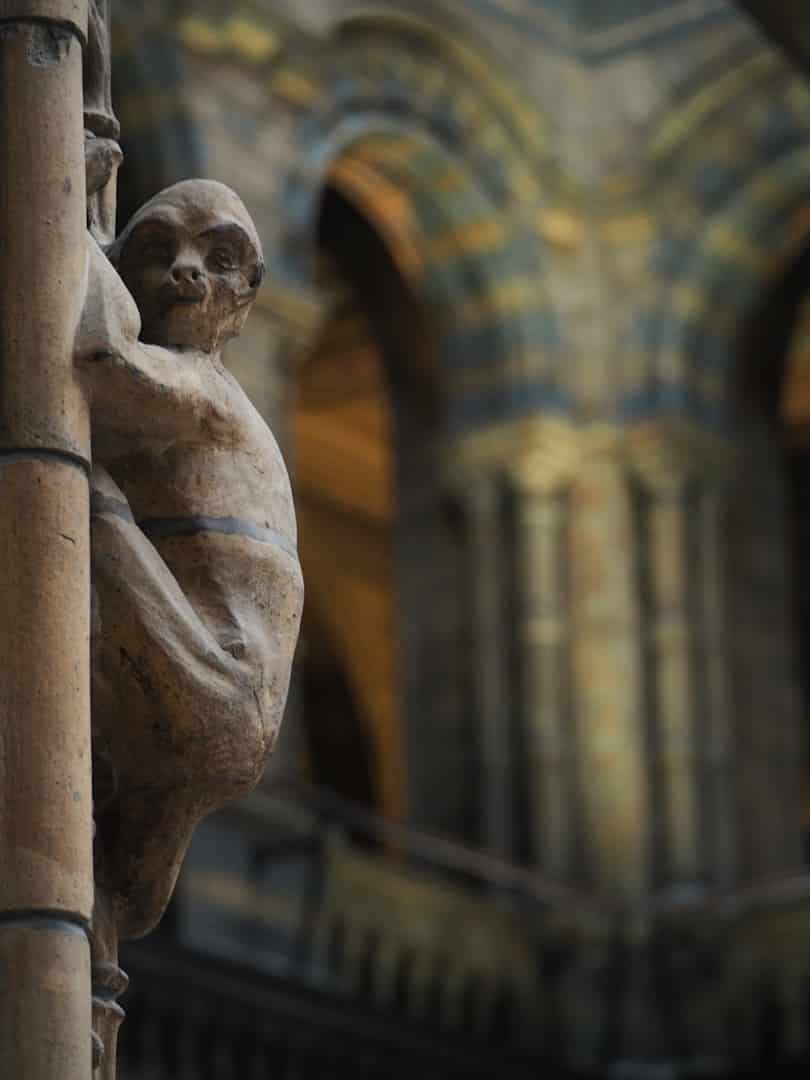 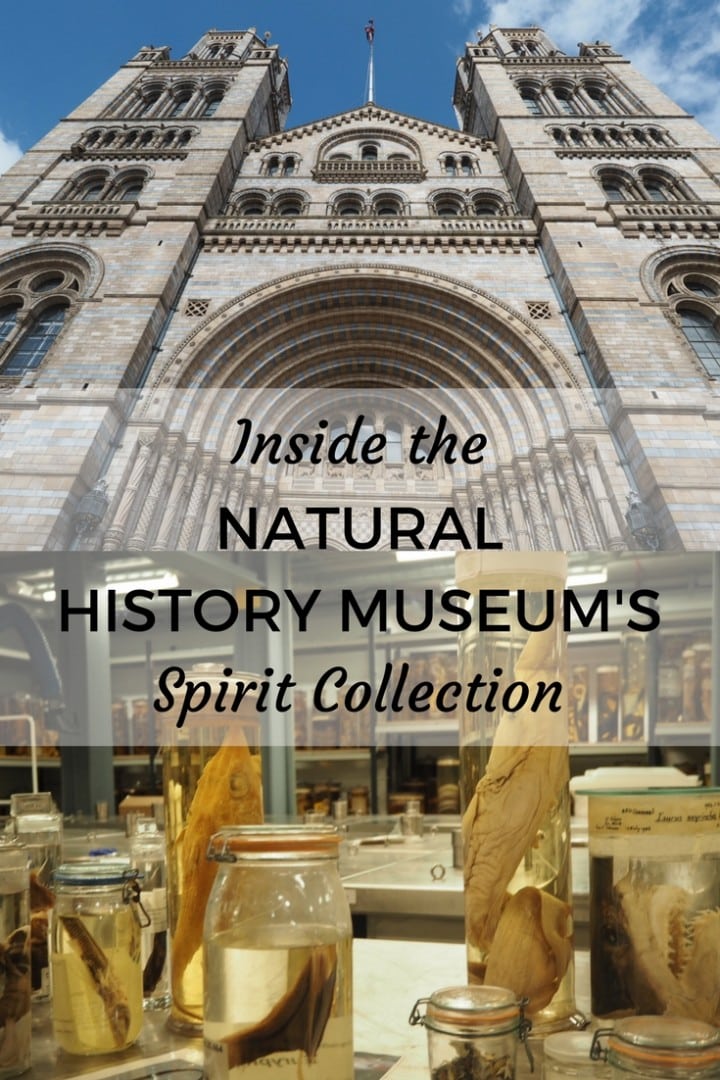