Many people flock to Portobello Road on a Saturday, but I bet many miss this secret ceiling just off the thoroughfare in One Pembridge Square.

Built between 1856 and 1864 and Pembridge Association names the architect as Francis Radford. A builder from Bayswater, he was only 27 when he leased part of the Robert Hall estate in the North of Notting Hill Gate. 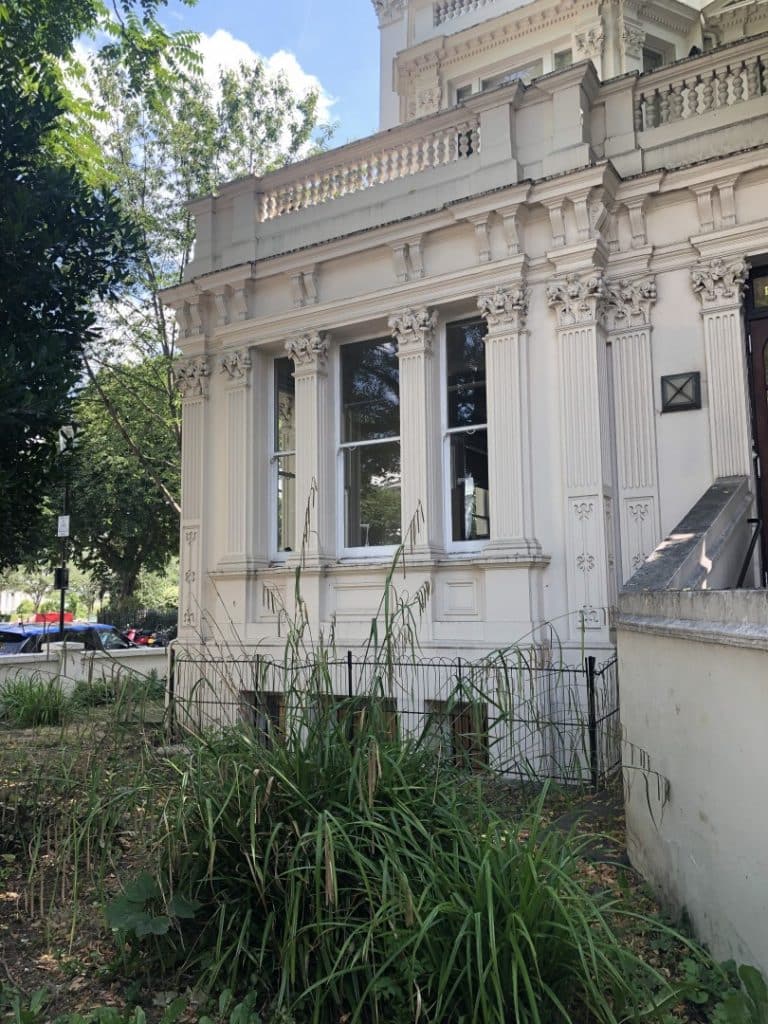 He and his brother William became a successful builder team, developing large parts of North Kensington in the 19th century.

In keeping with the style of the whole square, the building is stock brick, covered in decorative stucco. In fact the whole square is today Pembridge Conservation Area, details of which can be found here. 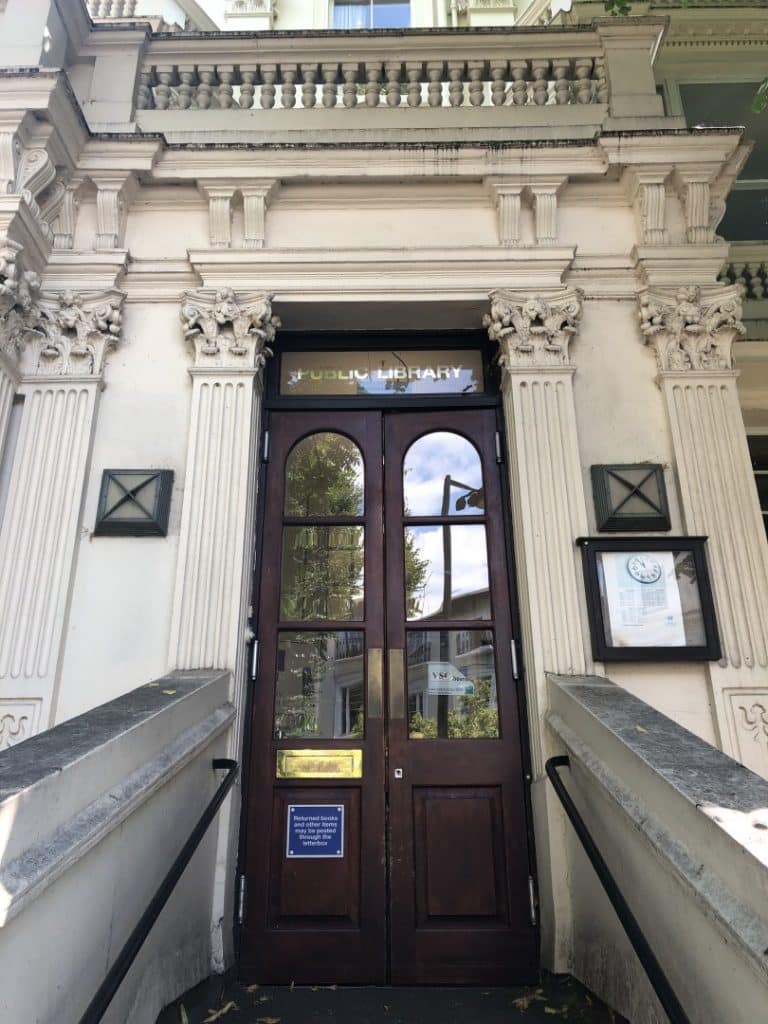 I came across it while planning a new walking tour in Notting Hill. Around the less travelled streets I happened to look up through the windows of One Pembridge Square and was taken aback. There was the most gorgeous pastel ceiling that I had to get a closer look at.

Thankfully the building is now a library and so the curious can go in for a look!

It’s a little surreal, but the ceiling is simply gorgeous! 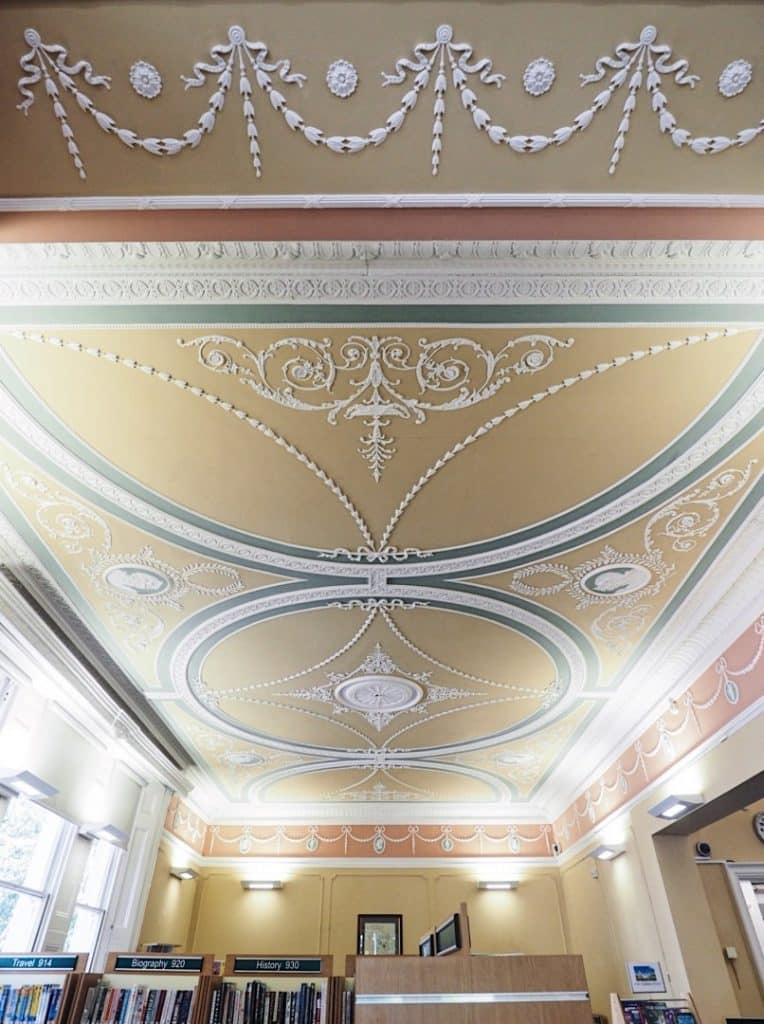 In a Robert Adam-style, there’s a range of pastel colours with white decoration. Covered in delicate details. 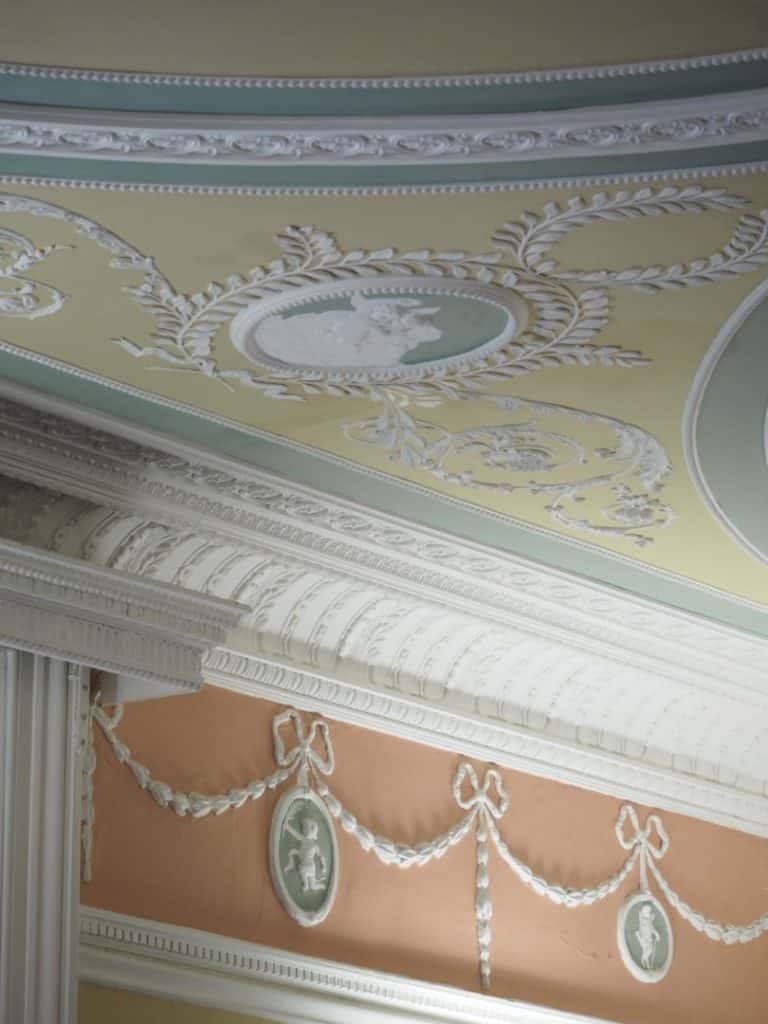 I presume it was originally a feature of the house in the mid 1800s. Later the building was divided into bedsits and the ground floor became a bank. 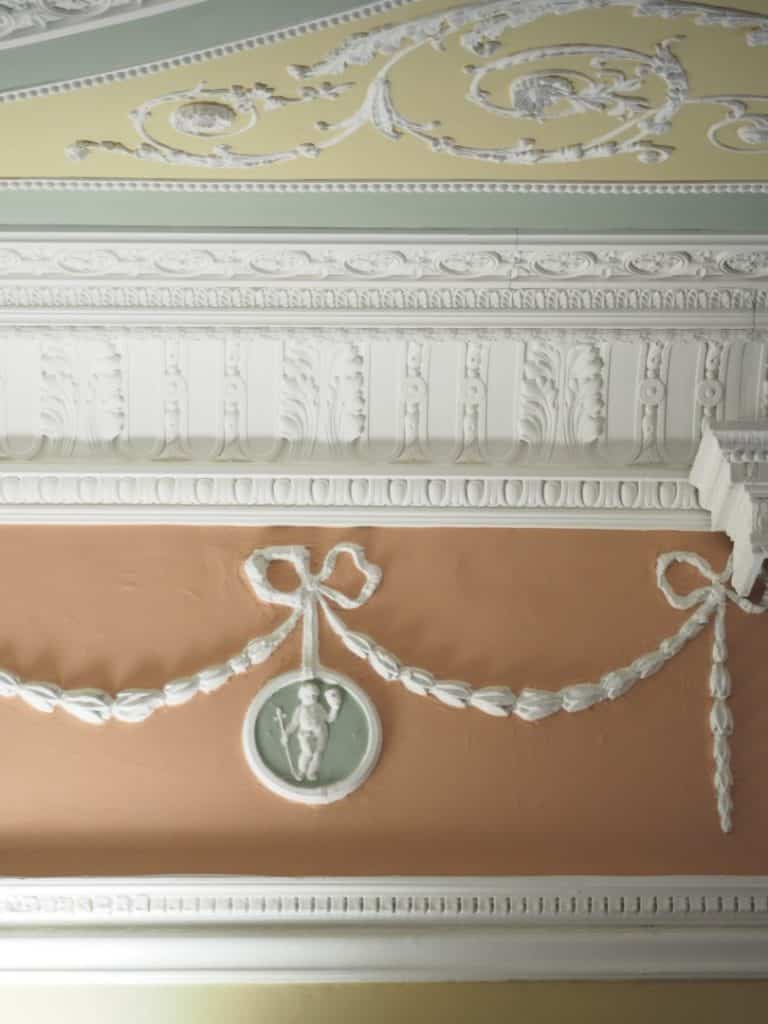 A very helpful librarian told me the ceiling was restored in 2012 and showed me some of the ground plan maps. 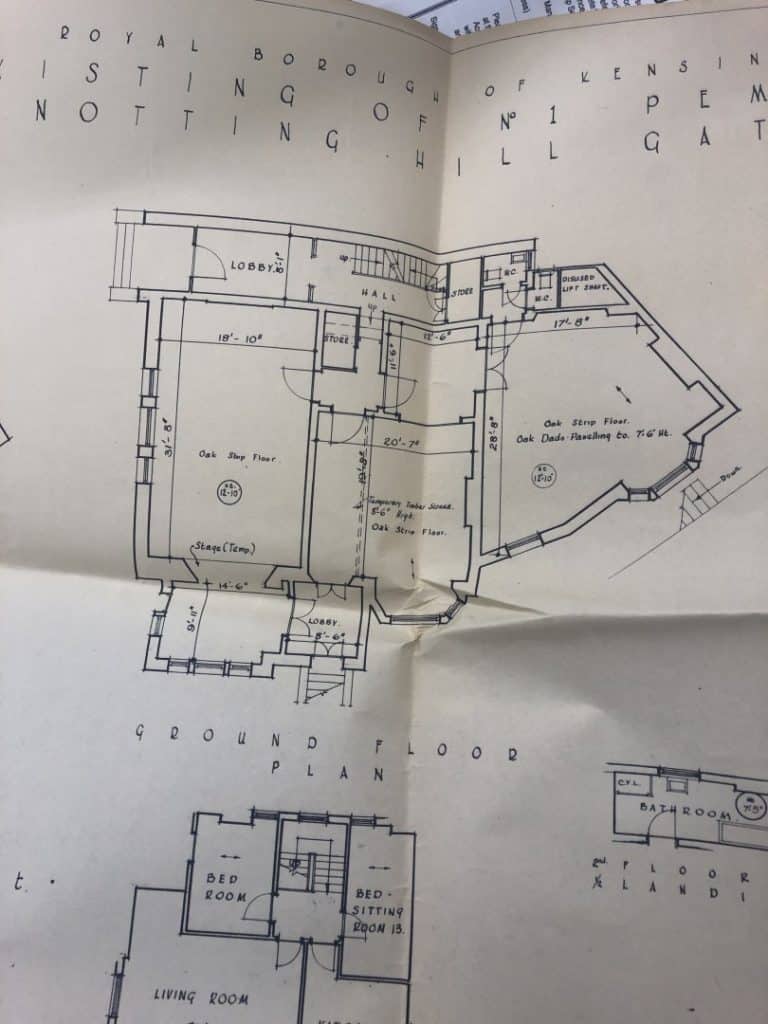 Ground floor plan, the ceiling is part of the ‘Oak Shop Floor’ on the left hand side. 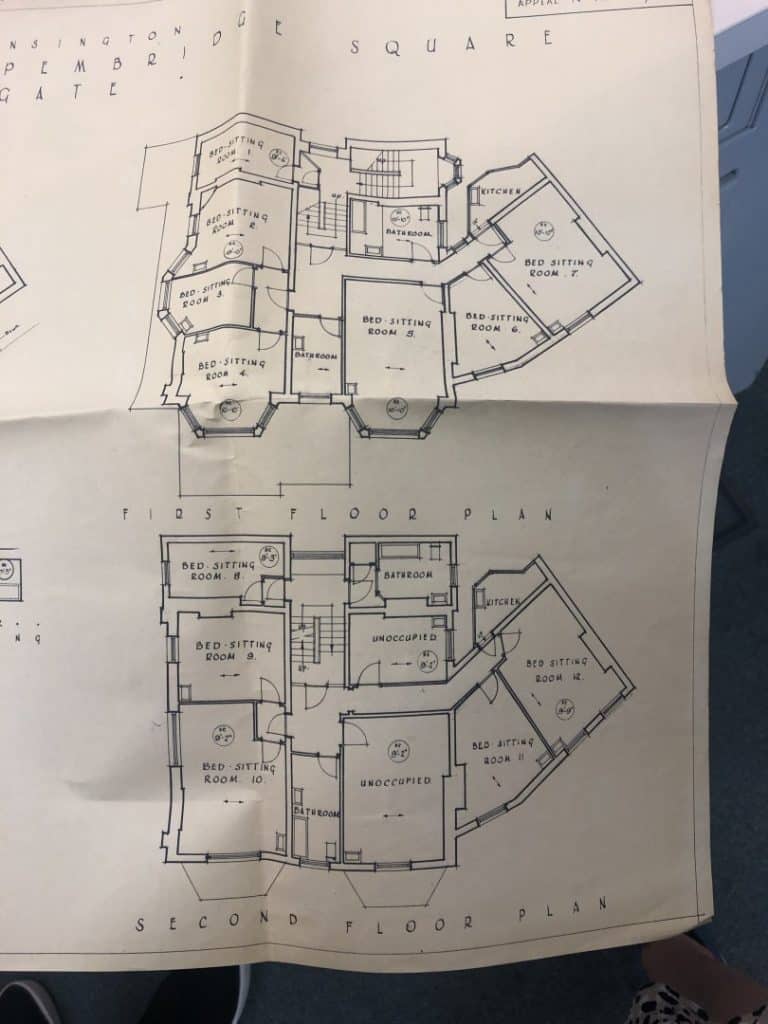 Today the ground floors are Notting Hill Gate Library, which has been there since 1953. It’s open Monday and Tuesday afternoons and Thursday to Saturday. Find out detailed opening times here.

So there you go, a hidden gem off the beaten track in Notting Hill. As ever, it pays to look up!