in installations, Interiors, London, The Classics, Things to do in London
0 Comments

Since 2015 the National Maritime Museum team have been busy restoring Queen’s House in Greenwich. Yesterday I joined the press view on a tour inside, so you can whet your appetite before it opens to the public on 11 October!

Why’s It So Important? 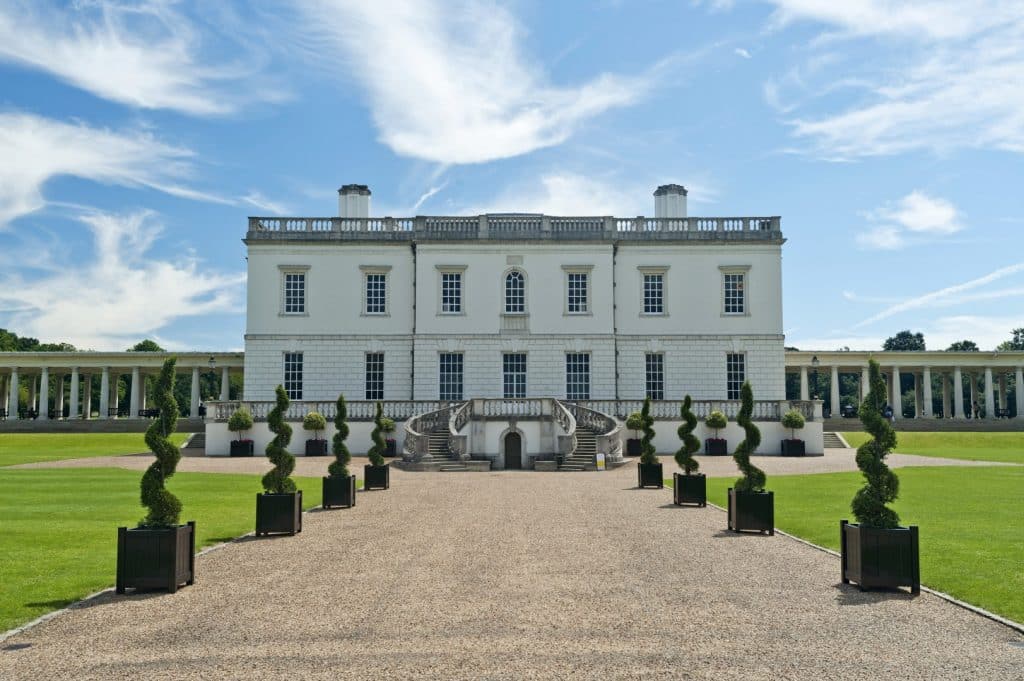 As part of Royal Museums Greenwich, Queen’s House is an UNESCO world heritage site. Its curator Christine Riding calls it the ‘beating heart’ of Greenwich, which has stood here since 1635 as the rest of Greenwich was built around it. 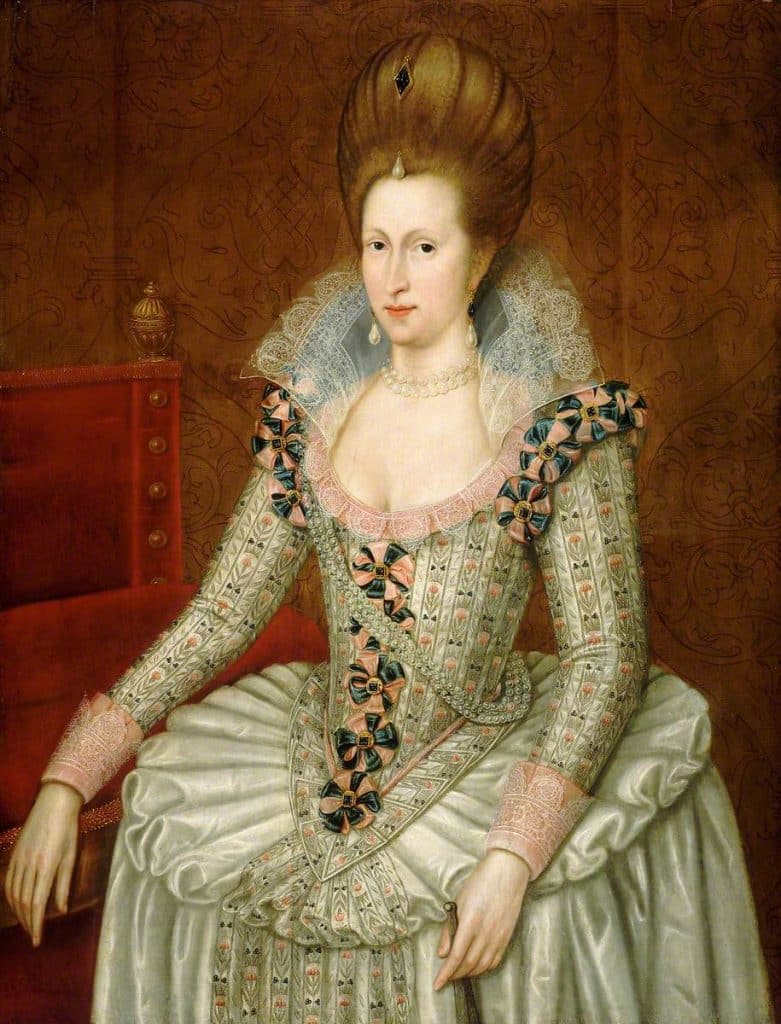 The story goes that Queen Anne of Denmark was out hunting (one of her favourite pastimes) and accidentally shot her husband, James I’s, dog. The furious James swore at her in public and, as an apology, commissioned her the Queen’s House.

Fresh from a grand tour and full of European inspiration, Jones creates the first classical building in England. At the time it would’ve seemed so striking, a white block standing out against the traditional red brick palaces (think Hampton Court of St James’s Palace).
After Queen Anne died in 1618, work only started again when Charles I gave Greenwich to his Queen, Henrietta Maria. Both were art lovers and Queen’s House quickly became a hub of contemporary art and a commissioning centre. 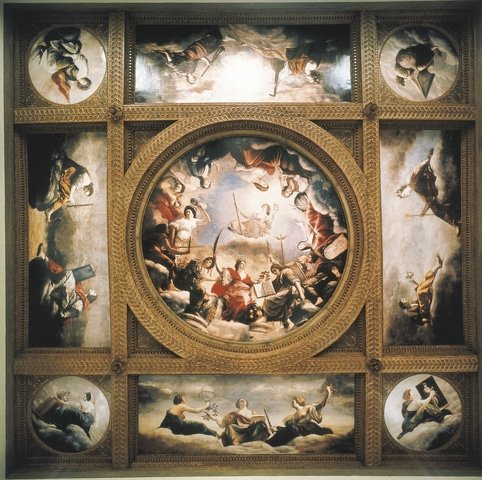 They also swapped around the entrance of the house to create a river front and we were told the gap in the two arms of the Old Naval College is the exact width of Queen’s House.

The view, as you can guess, has changed a lot over the years… 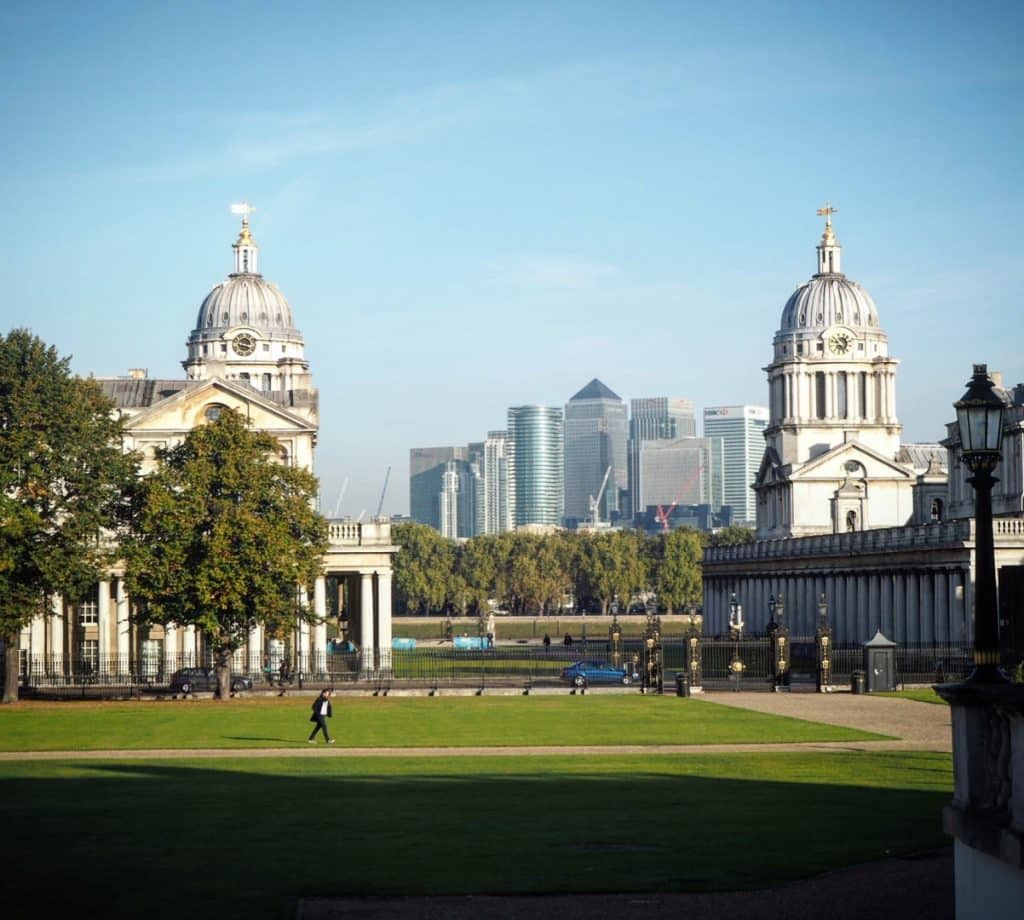 During the restoration, Queen’s House has also secured over 50 major works on loan, many returning to the house for the first time since the 17th and 18th centuries, and it’s a delight to see them in situ. 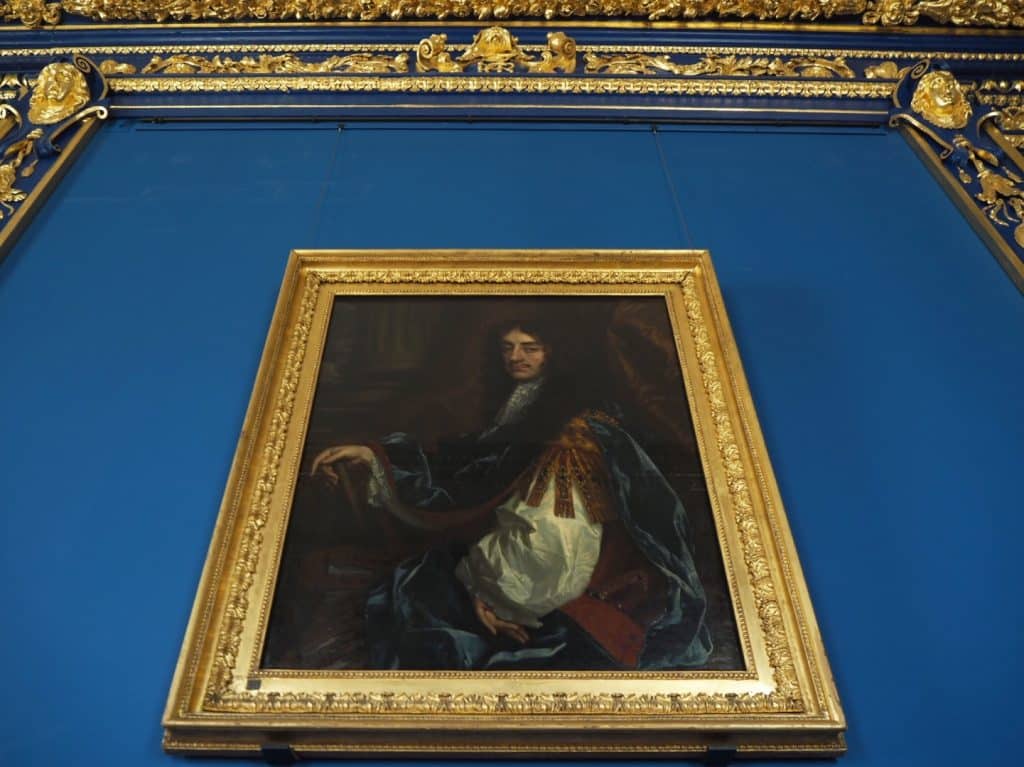 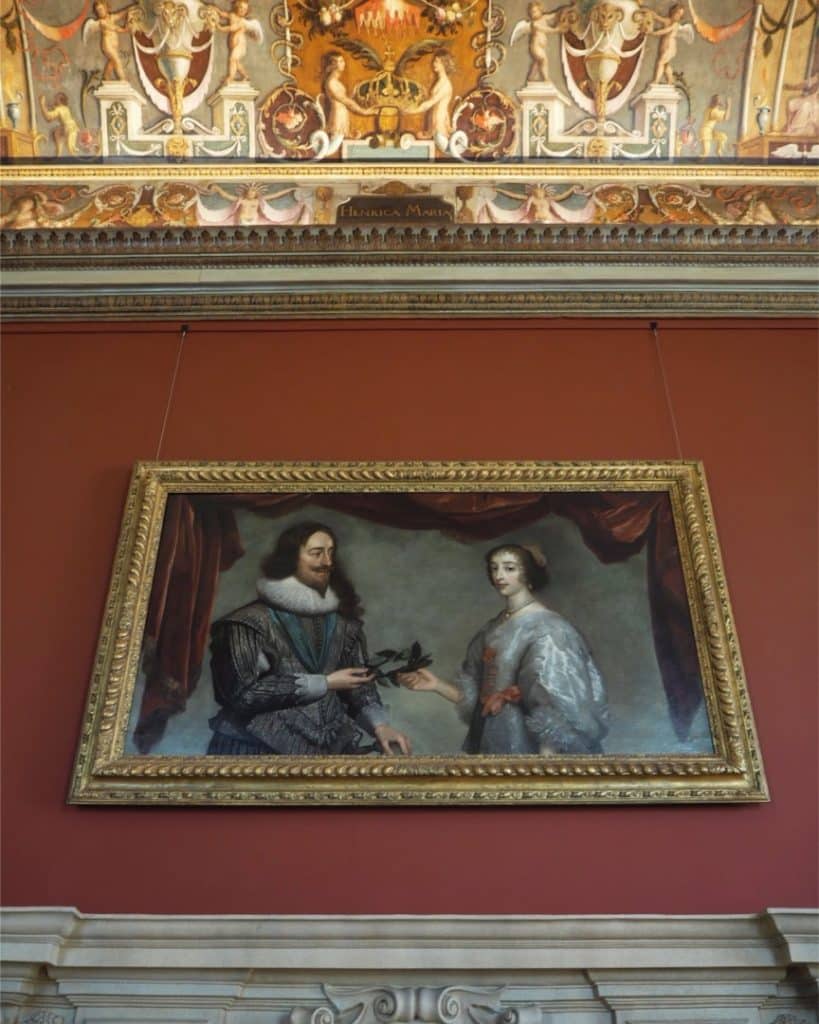 Charles I and Henrietta Maria by Daniel Mytens 1630-32, on loan from Royal Collection

The Real Star of the Show

Christina, aged 7, was so impressed when she first saw the Armada Portrait in the National Maritime Museum, that she wanted to help raise money for it to be bought by the public.

The young philanthropist baked over 400 cupcakes with her parents (icing 104 herself she tells me!) to sell at school. 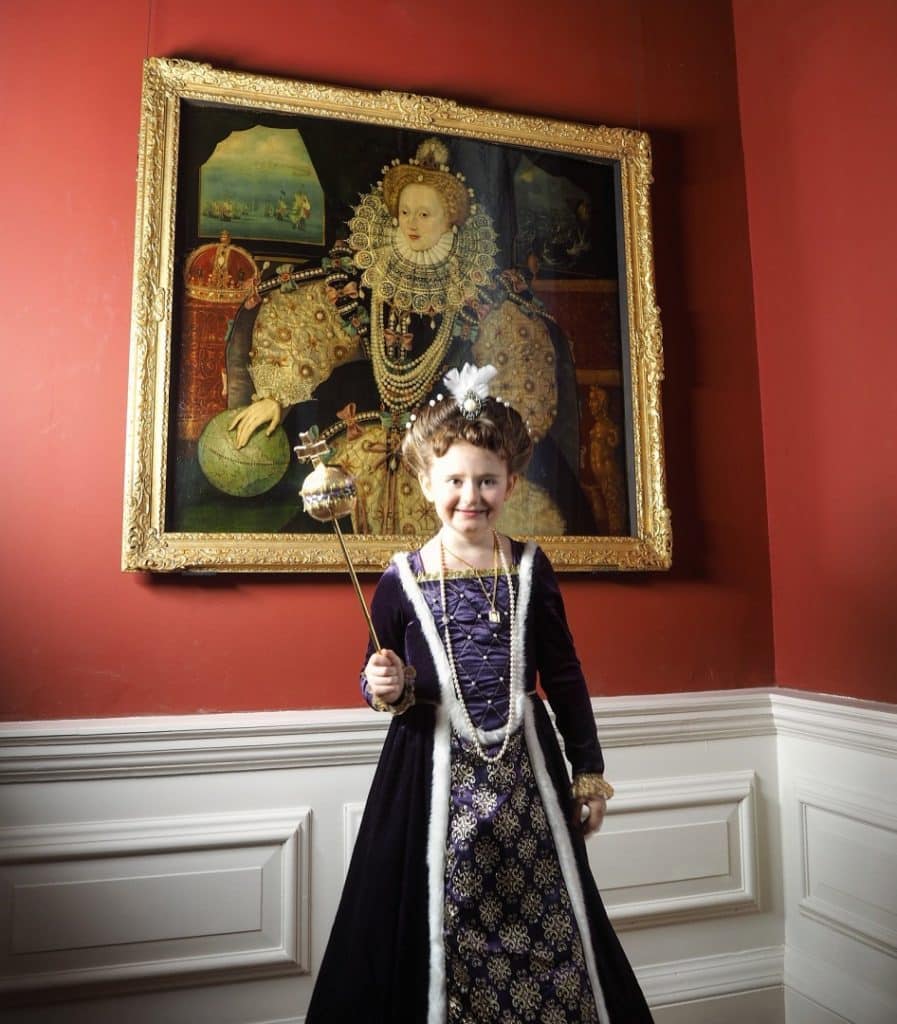 Here is Christina dressed as her hero, Elizabeth I, in front of the picture she help save. To sweeten the deal we also got to enjoy some Elizabethan portrait cupcakes inspired by Christina’s! 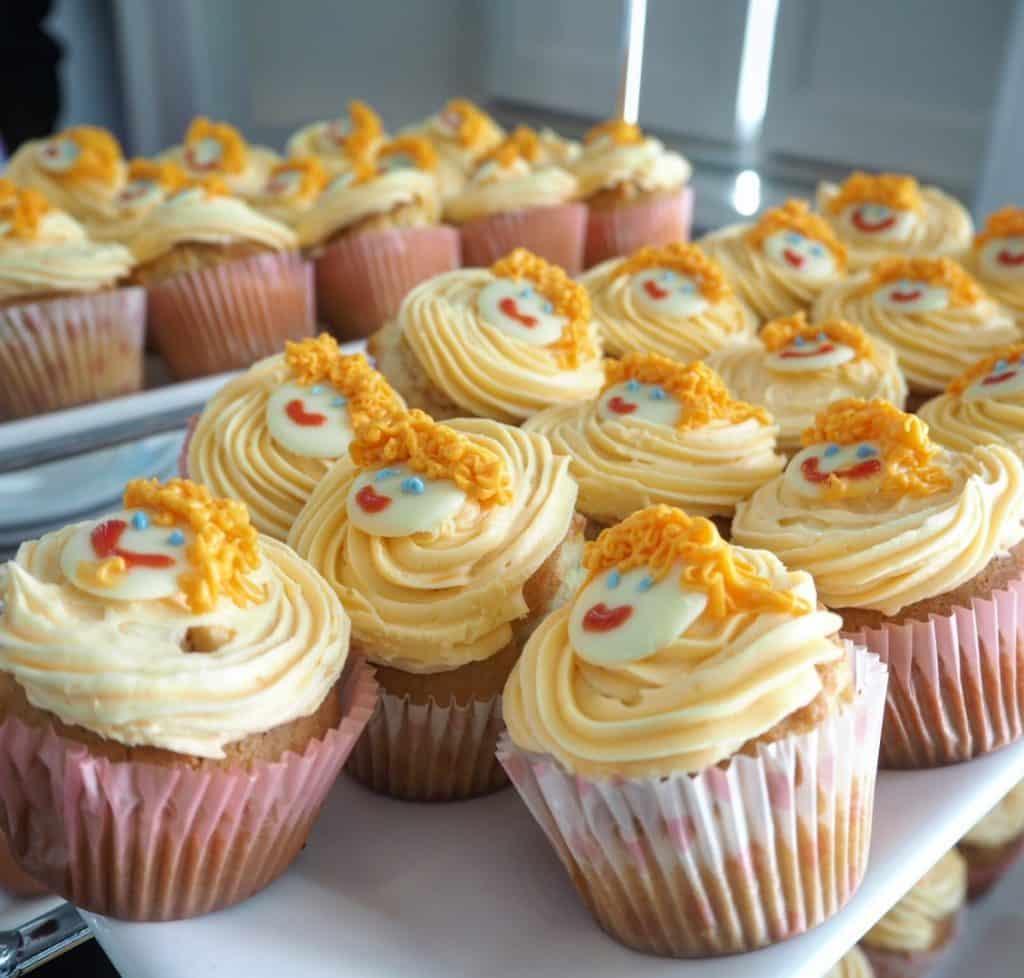 But back to the architecture…

I can’t believe it’s taken me to this point to talk about the spiral staircase.

Is there any greater architectural satisfaction? 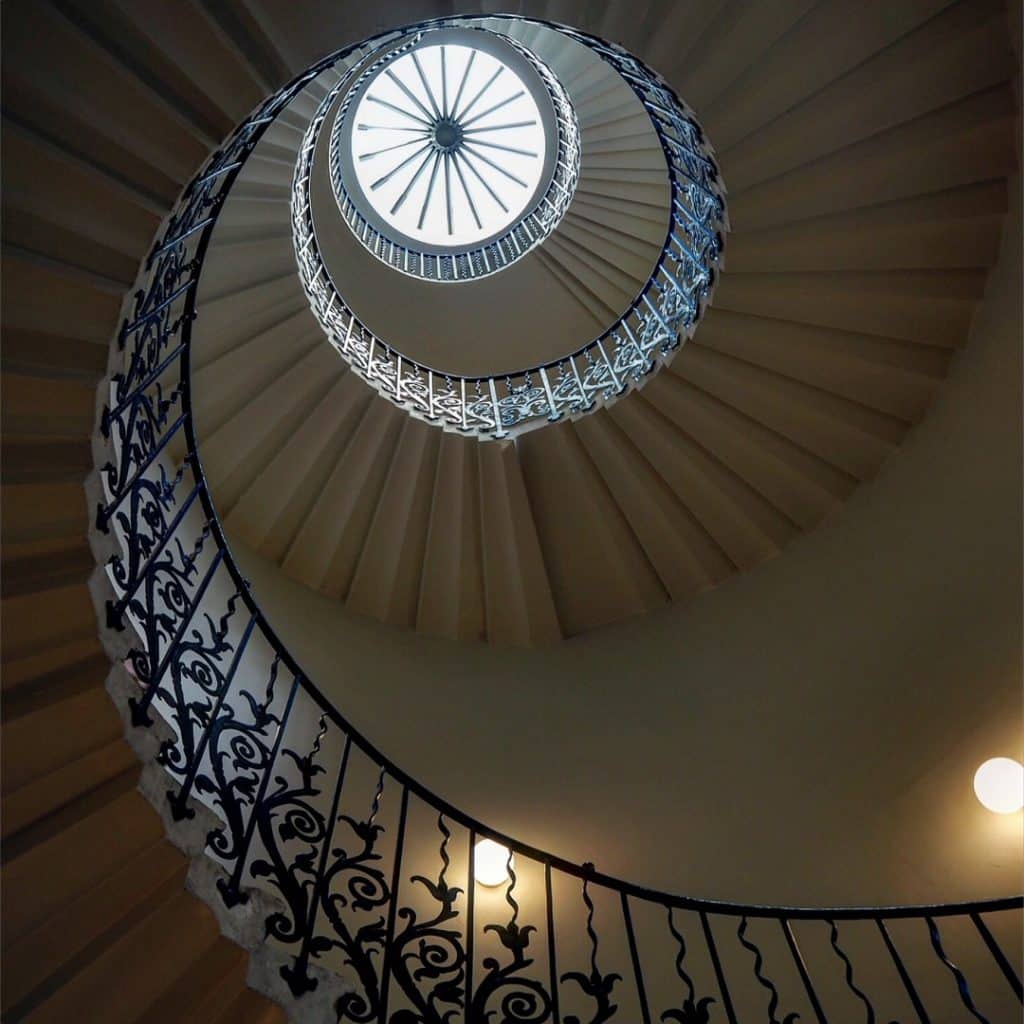 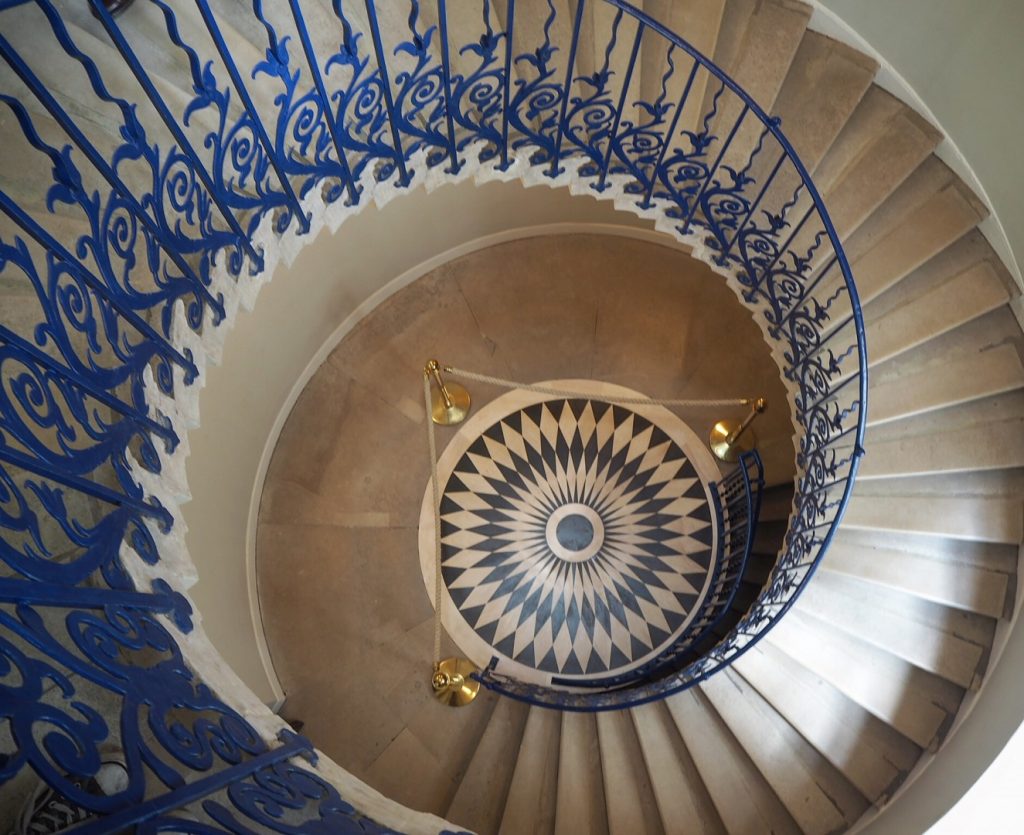 The newly painted railings feature a tulip pattern, inspired by the ‘tulip mania’ when Dutch King, William III of Orange arrived on the throne. 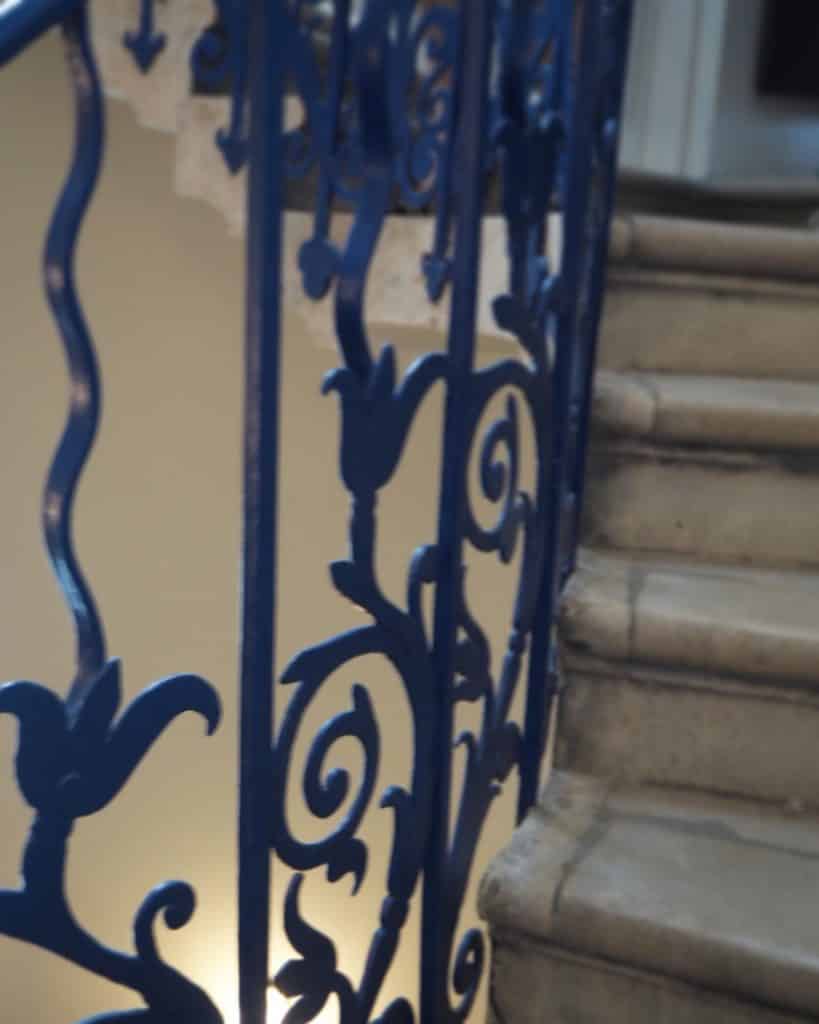 In contrast to the spiral staircase, where you’d traditional descend into the Great Hall, the South Stairs were for walking up, hence the two half landings where ladies in heavy dresses could take a brief pause! 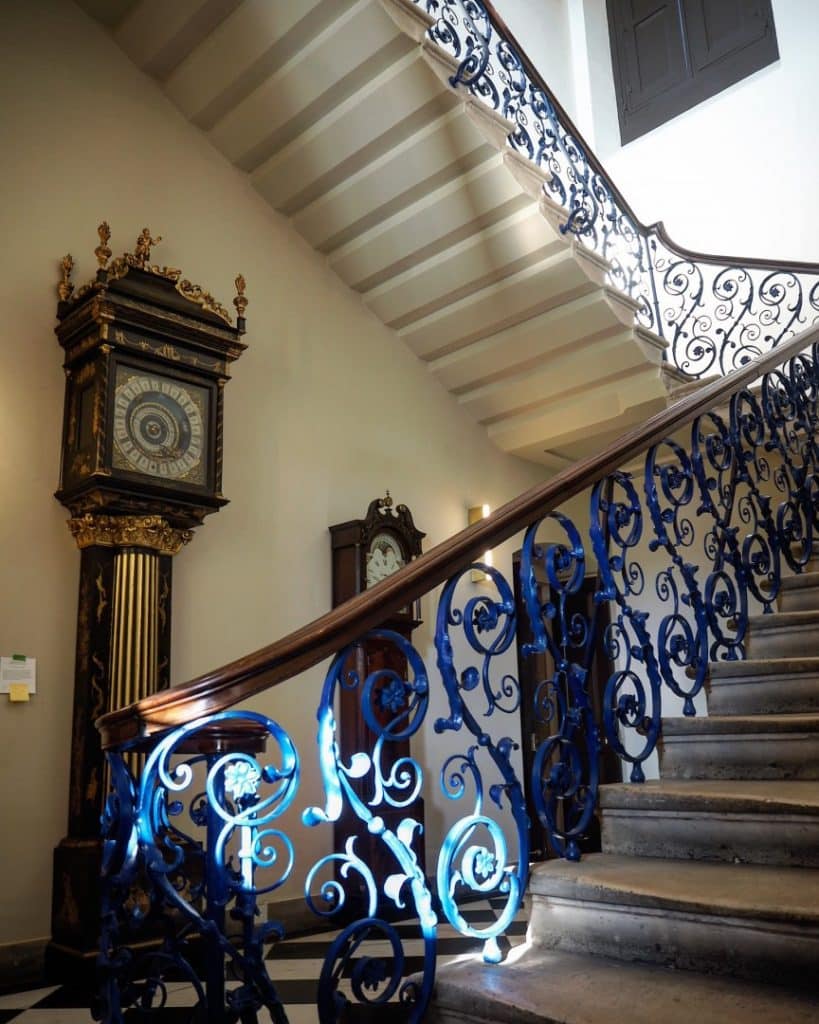 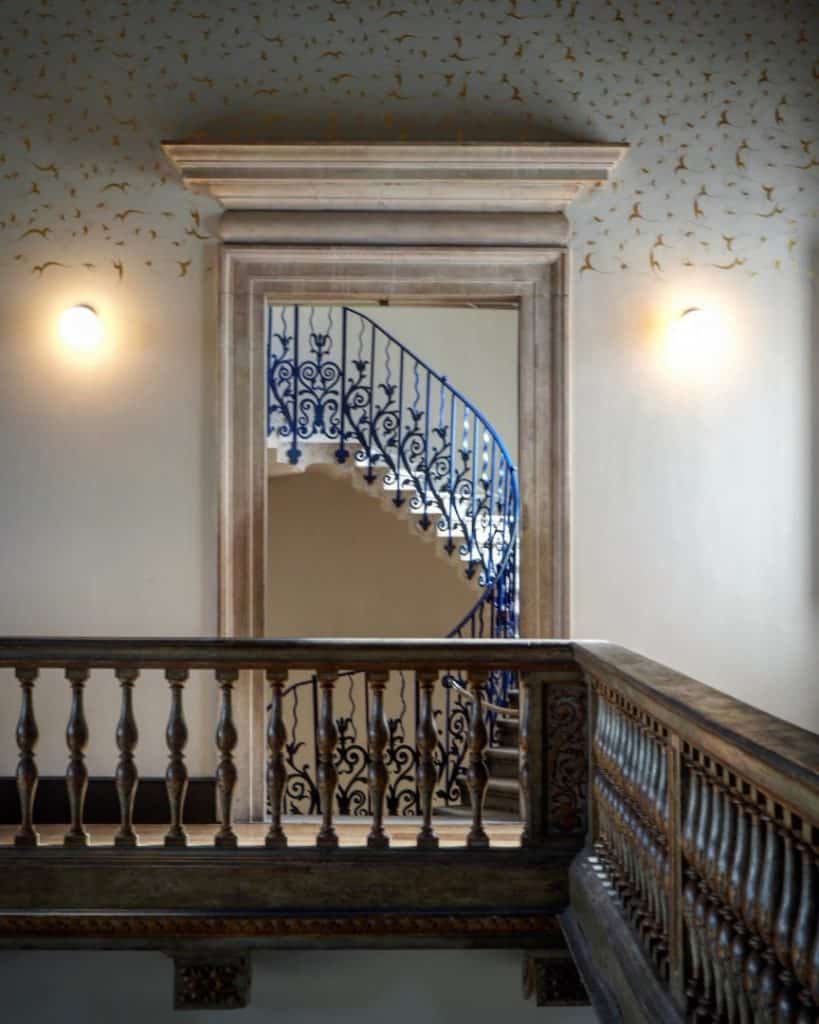 View from the Great Hall of the Tulip Stairs

Queen’s House was original an art lovers’ hub, so it was Christine Rider’s idea to reinstall the 17th Century ideas, rather than install 17th century art. 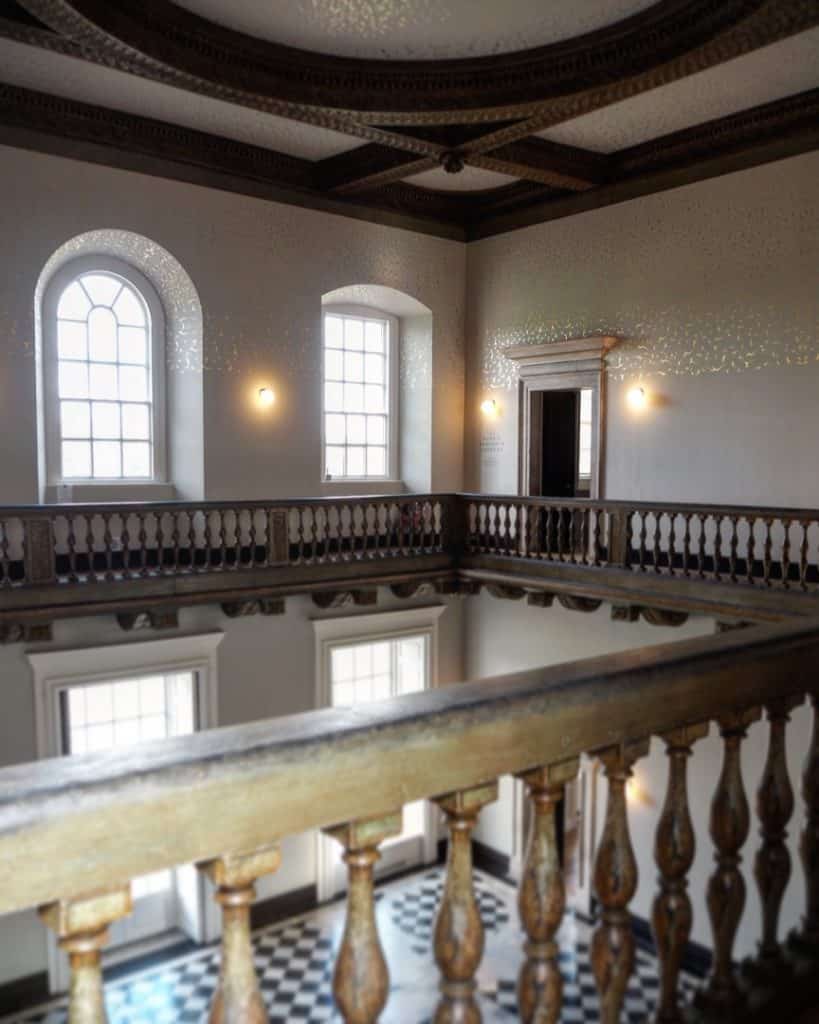 The new ceiling (replacing the Gentileschi painted ceiling we saw before) is by Turner Prize winner, Richard Wright. He responded to original features at Queen’s House, using the same gold leaf in the King’s Presence Chamber and meticulously painting on each gold pattern 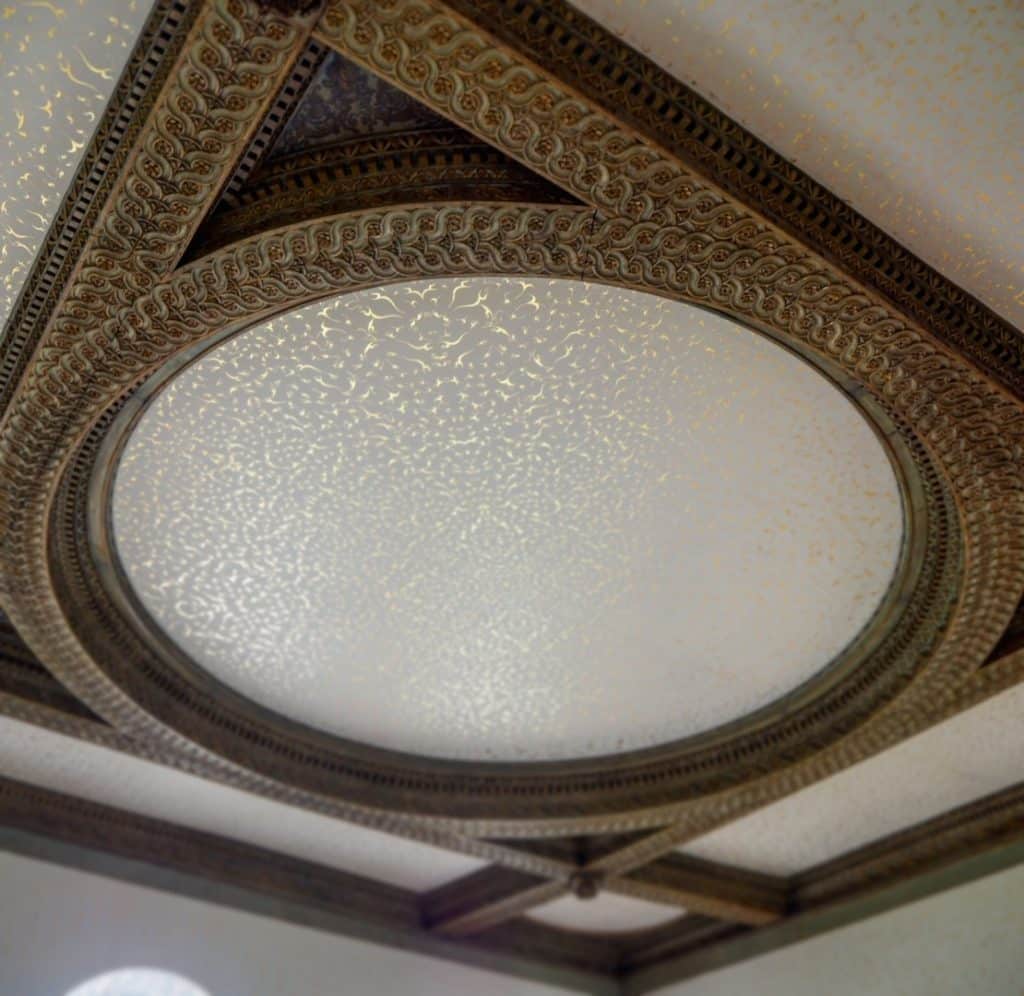 Christine described it as a labour of love, like Michelangelo painstakingly creating the Sistine chapel.

“He’s intervened, but not oppressed the details” says Christine, and tried to incorporate the theatrical and playful elements of court balls held here. 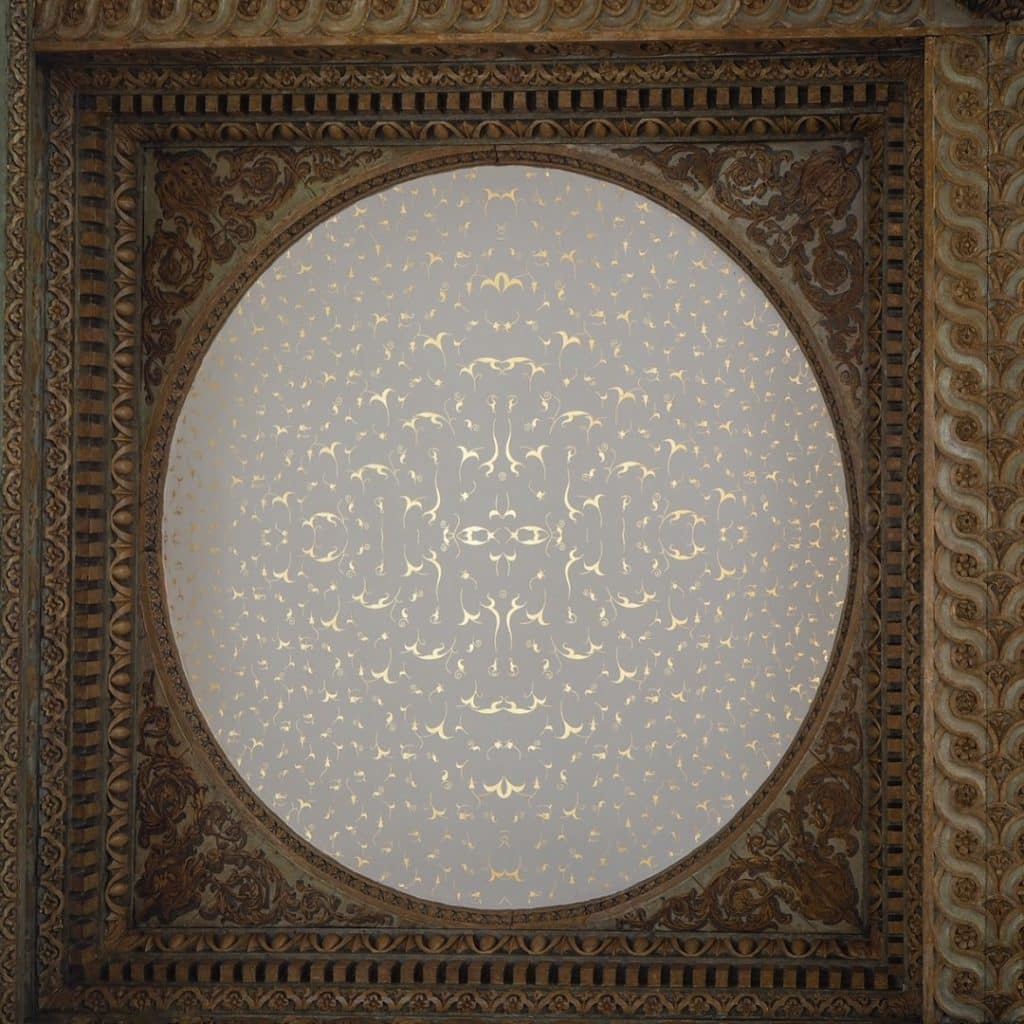 The restored original floor is also worth a mention too, an Inigo Jones celebration of geometry. 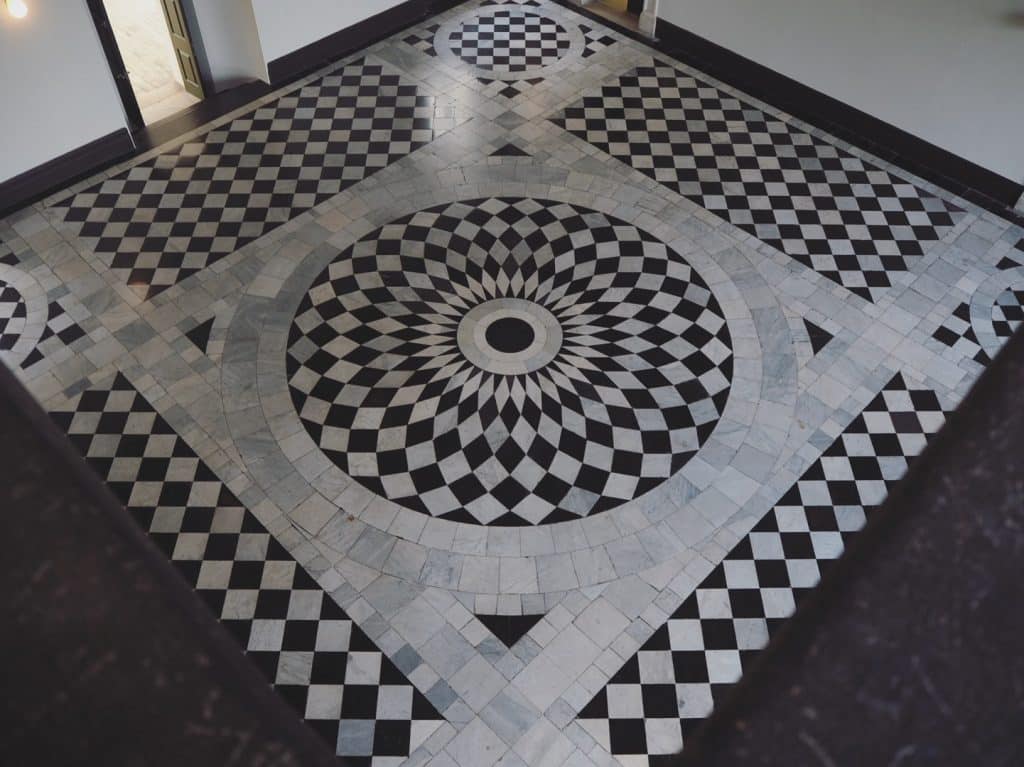 Find out more at rmg.co.uk/queens-house