in London
0 Comments
Looking up at 339 Mare Street, you’ll spot a friendly looking sign of a train engine above an incongruous Paddy Power shop. 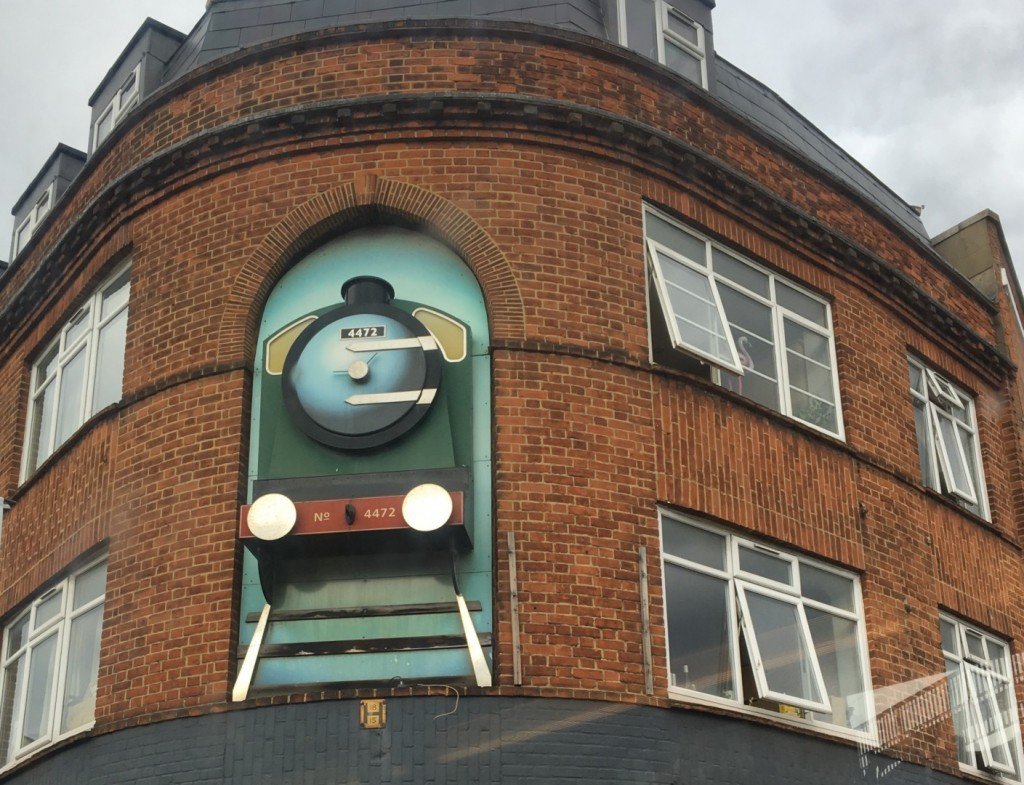 Originally established as the Eight Bells in 1665, there’s a surviving picture from 1873: 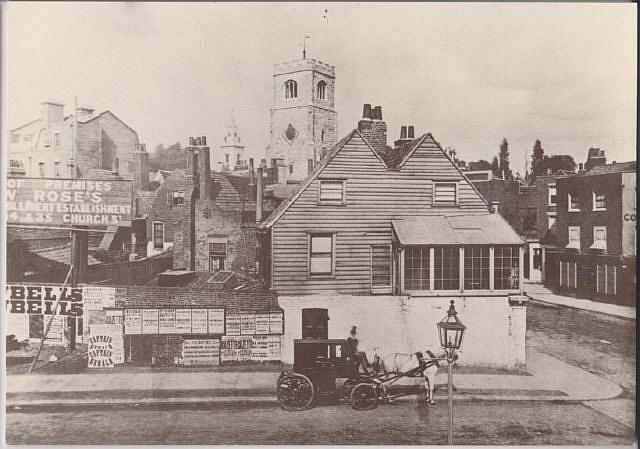 The Eight Bells, 1873 (picture from pubshistory.com with thanks to Colleen)

This older building was demolished in 1880 when a new junction and road layout was introduced, with a new pub named Railway Tavern (…that explains the train sign!)
The current building was rebuilt in 1955 following WWII bomb damage, but closed in 2009 and was later bought by Paddy Power.