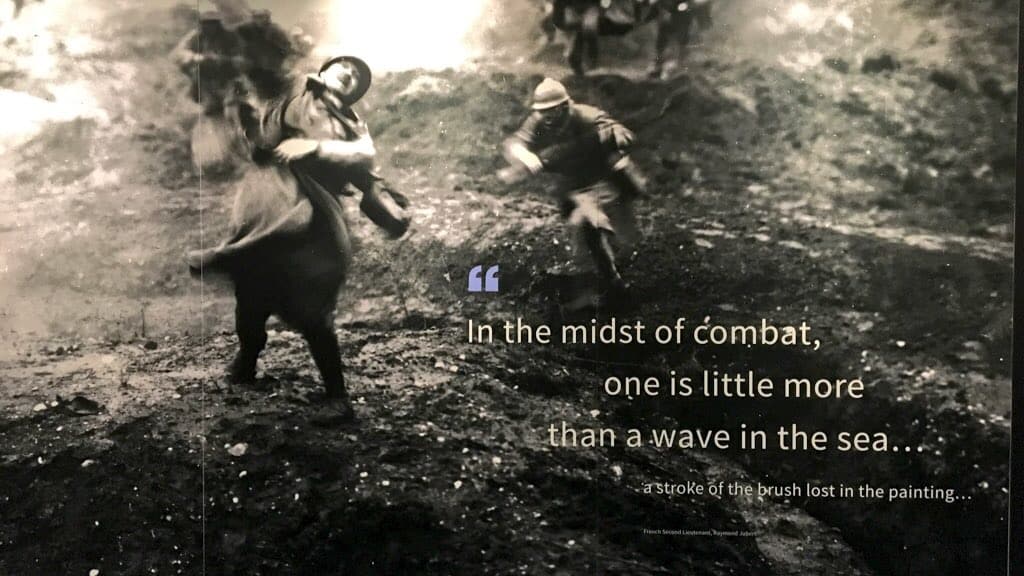 Yesterday I made the 3 hour round trip to South Croydon. “Why?” I hear you ask?

I was invited to a preview of Remembering 1916: Life on the Western Front, an exhibition that’s been in planning for nearly 3 years and which opens on 12 March.

The space housing the latest major exhibition from the Whitgift Centre is usually the school’s performing arts centre, but for the next six months it’s been transformed into a pretty high tech exhibition space. It’s a bizarre experience, walking through the grounds of a South Croydon private school, but its worth it. Almost all the objects come from private collections and the majority never been seen by the public before.

I was taken around with the Curator (and school’s Headteacher) Dr Christopher Barnett, a historian with a clear passion for collecting who has almost single handedly put together this exhibition. He stresses he wants ‘less history’ to be thrown at the audience, for the journey to be ‘more experiential’ and the viewer to be allowed to form their own opinion:

It won’t tell you how to think, but it will “help bring people closer to how three countries experienced and endured war.” – Dr Barnett 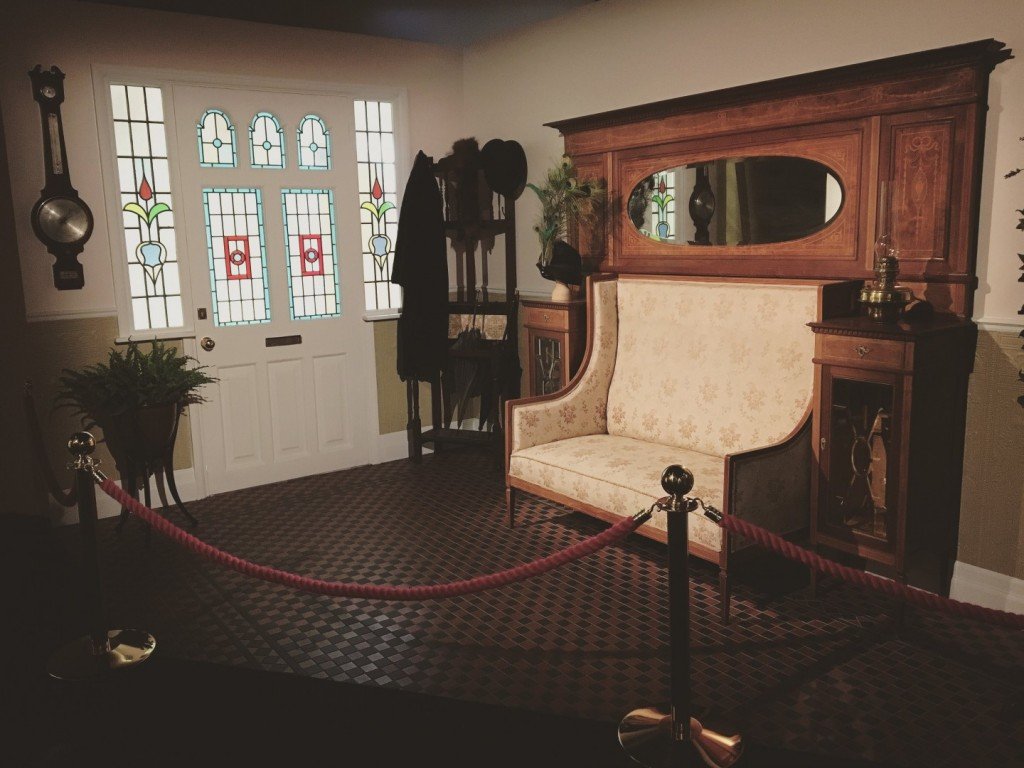 The first thing you experience, which becomes a running theme of the exhibition, is a carefully recreated Edwardian hallway. Everything has been painstakingly sourced (the hat, I’m told, has just arrived from Edinburgh while the stained glass is from Shropshire) the idea being you are settled into a time frame, surrounded by real, original objects. 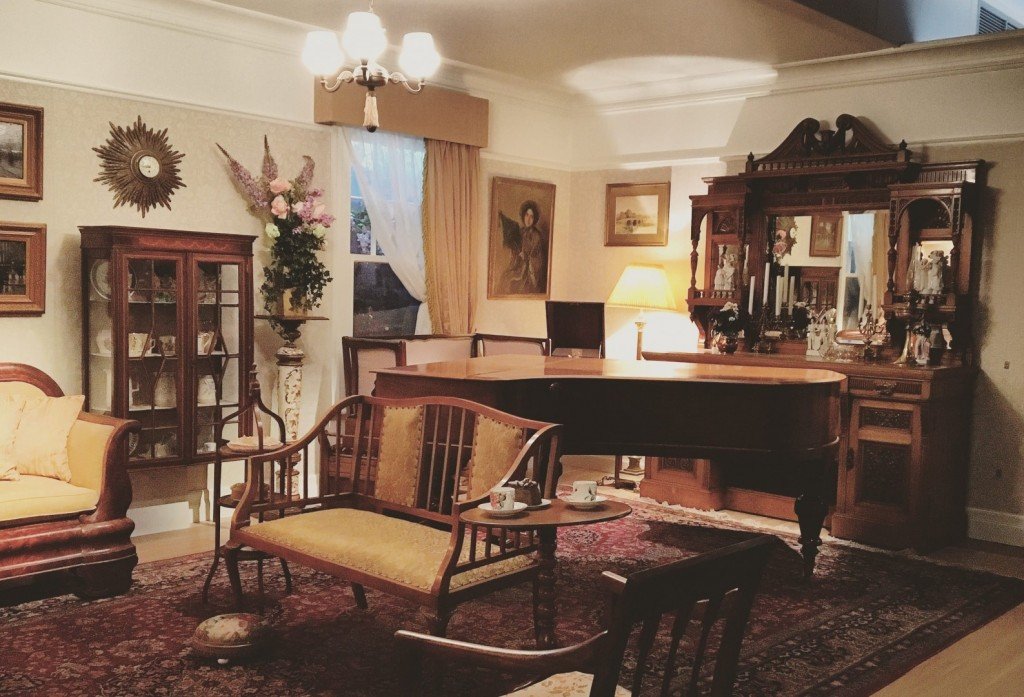 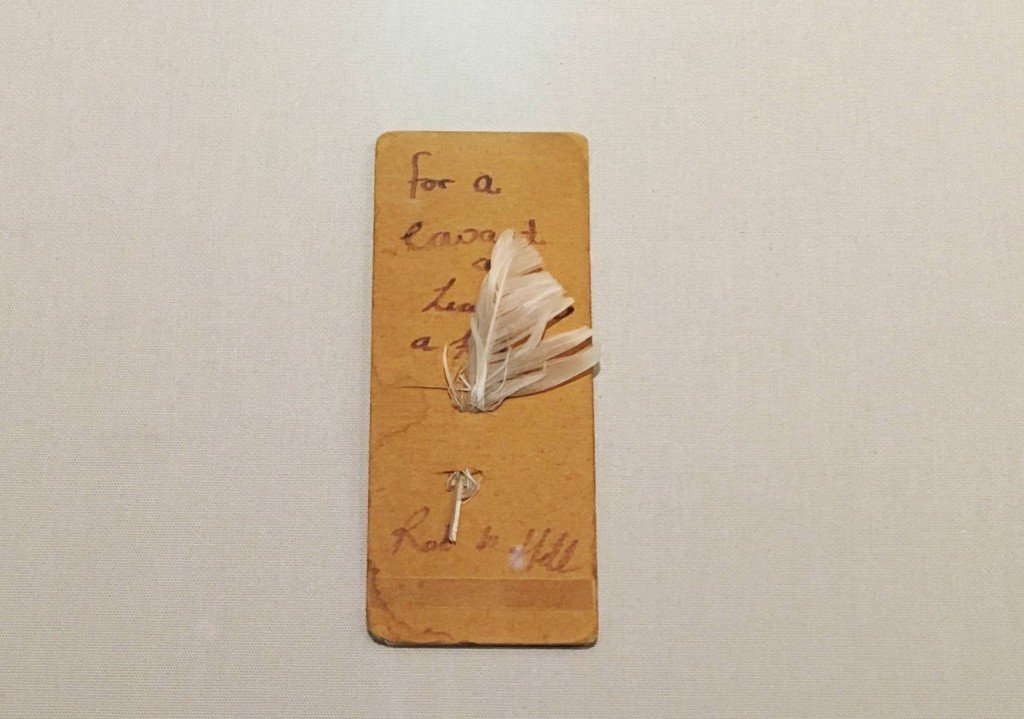 A tiny exhibit that you could easily miss, it’s worth taking a second glance at this white feather. After war was announced, part of the government’s recruitment drive was to shame pacifists and conscientious objectors by women handing them white feathers in the street. The symbolism of this goes back to the idea that in a cock fight, a stronger bird had less of the fluffy white feathers. This particular artefact is from a Quaker, who decided to keep the ‘gift’ as a sign of pride rather than embarrassment. 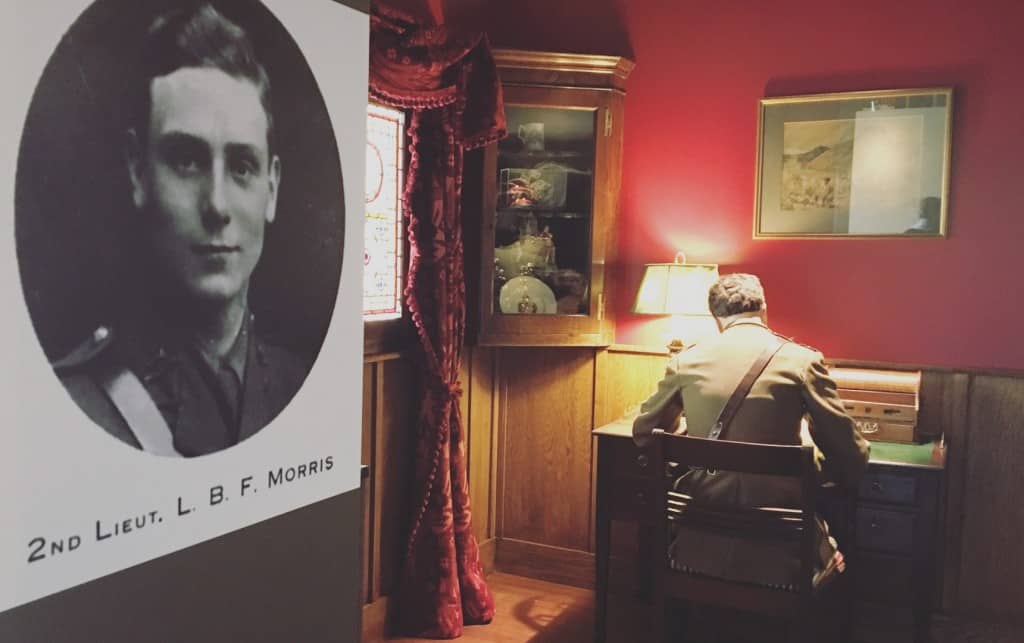 There are a few moments in the exhibition where the extraordinary connection with former Whitgift School pupils are explored. Instead of feeling forced these are genuinely touching and surprising history which helps to enforce the ‘realness’ of 1916.

Lionel Morris, a former pupil and Second Lieutenant in the RAF, was to become the very first victim of the infamous Red Baron aka Manfred von Richtofen, the seemingly unstoppable German pilot who marked every ‘kill’ by having a silver schnapps shot glass made. Today only numbers 11 and 46 are left in the world, so the school specially commissioned a replica one to be cast and engraved. 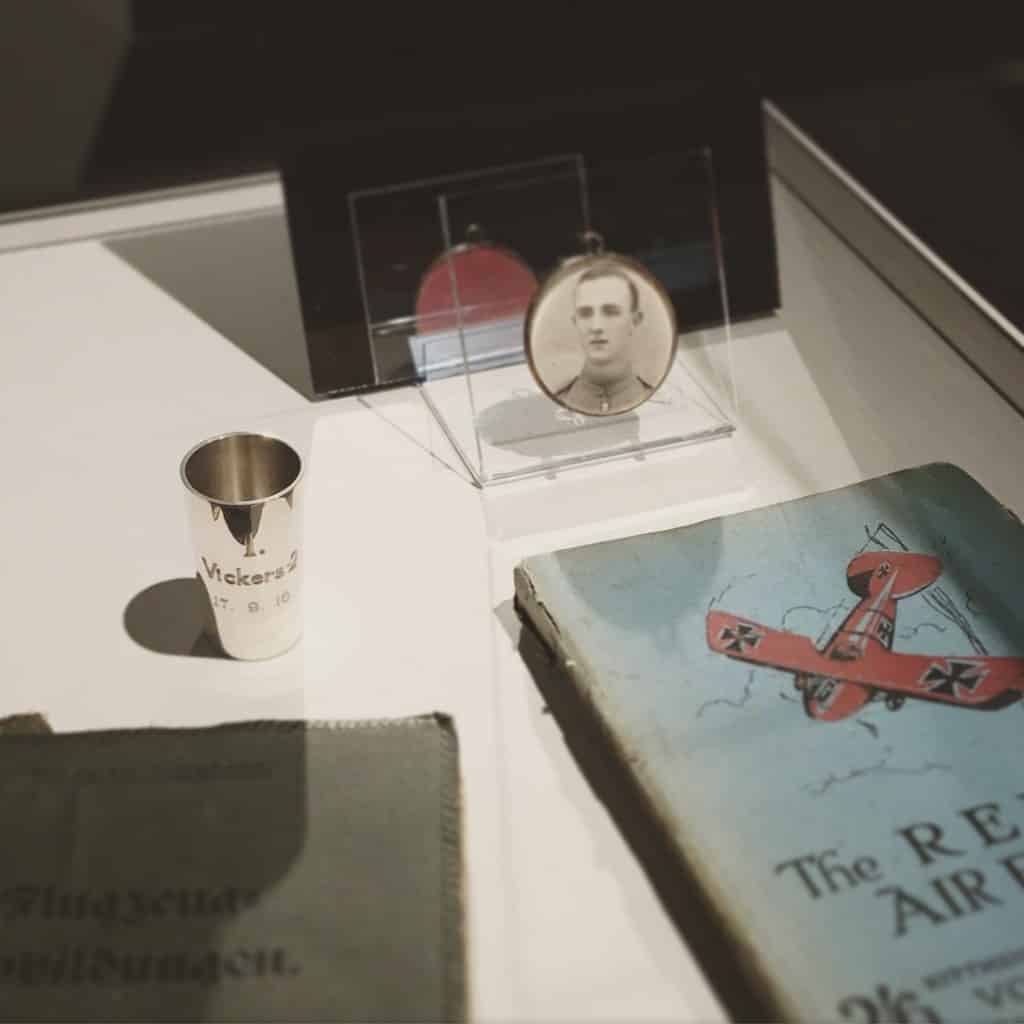 Another poignant connection is a portrait hanging on one of the walls, it’s a painting by a Polish prisoner of war of a Whitgift former pupil, who carried the artwork back from the frontline, strapped to his back. 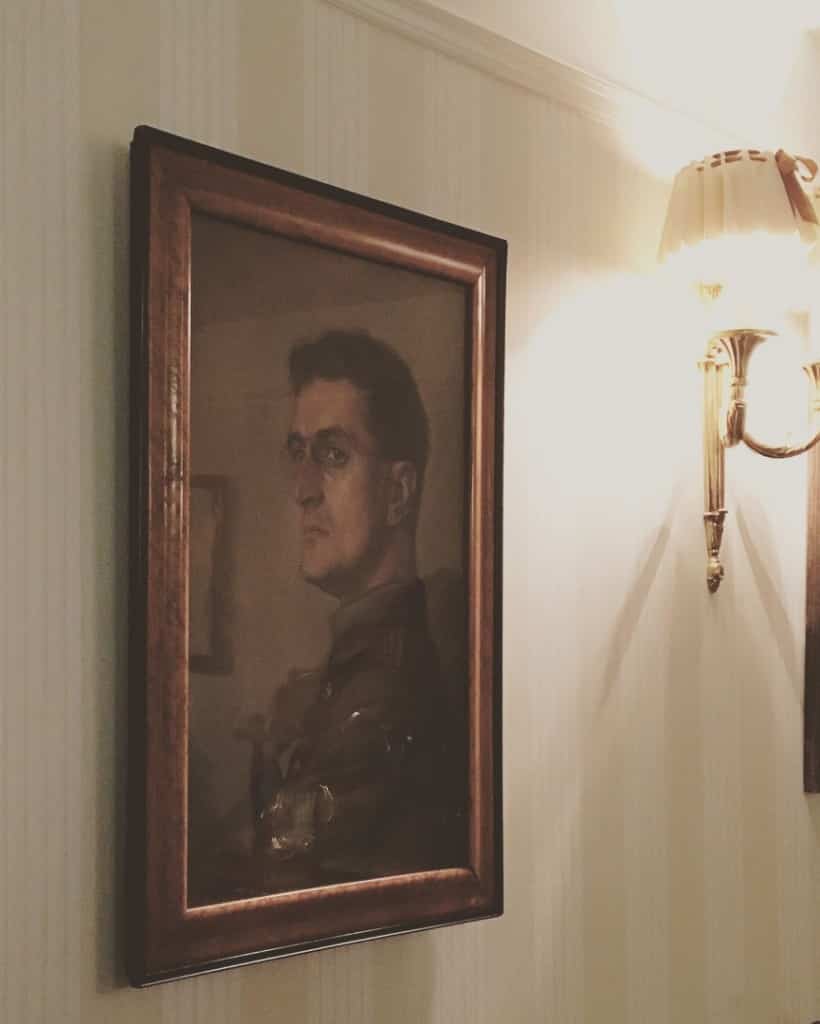 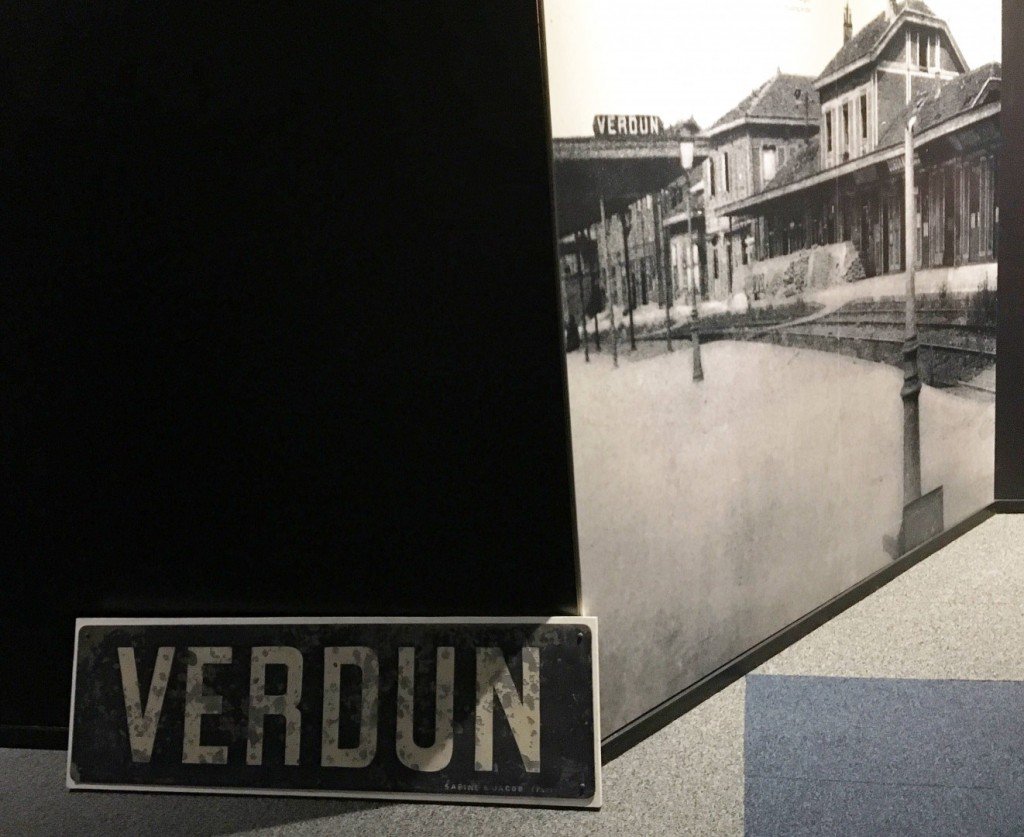 One of the key battles of 1916, Verdun saw the French and German troops pitched against each other in a small French town, which began in February, lasting into December of that year in what turned out to be a bloodbath and the longest battle of the war. Incredibly Dr Barnett has been able to source an original station sign, in the photo it’s shown patiently waiting to be fixed to the exhibition wall. 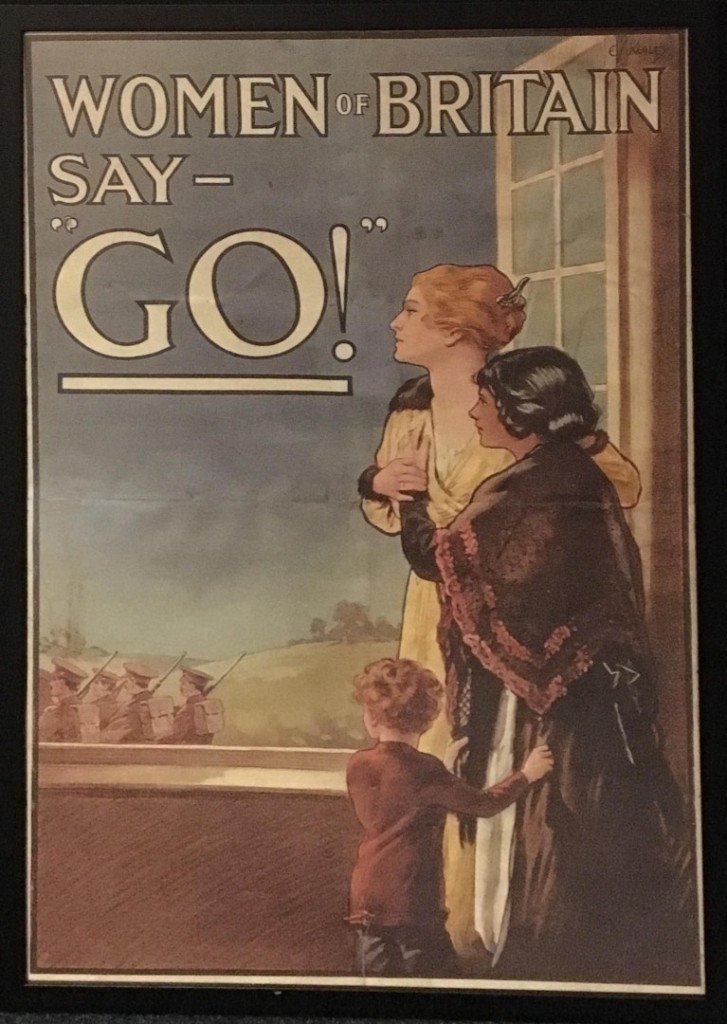 Away from the battlefield, Remembering 1916 gives us a good insight into the home front too, with a collection of rare recruitment posters and propaganda. The changing role of women is highlighted in the pictures by A. S. Hartrick showing new jobs that women could do, glamourising them and appealing to their patriotism. A contemporary quote also captures the feeling of a new age dawning;

“It will be unreasonable to expect that women who have once tasted the freedom of the new life, and who have tested and proved their own powers to their won complete satisfaction – of somewhat to the dismay of their fathers, husbands and brothers – it will be unreasonable, I say, to expect that these women will be content to get back into the old ruts made for them by centuries of convention.” – Women of the Empire in War Time, 1916 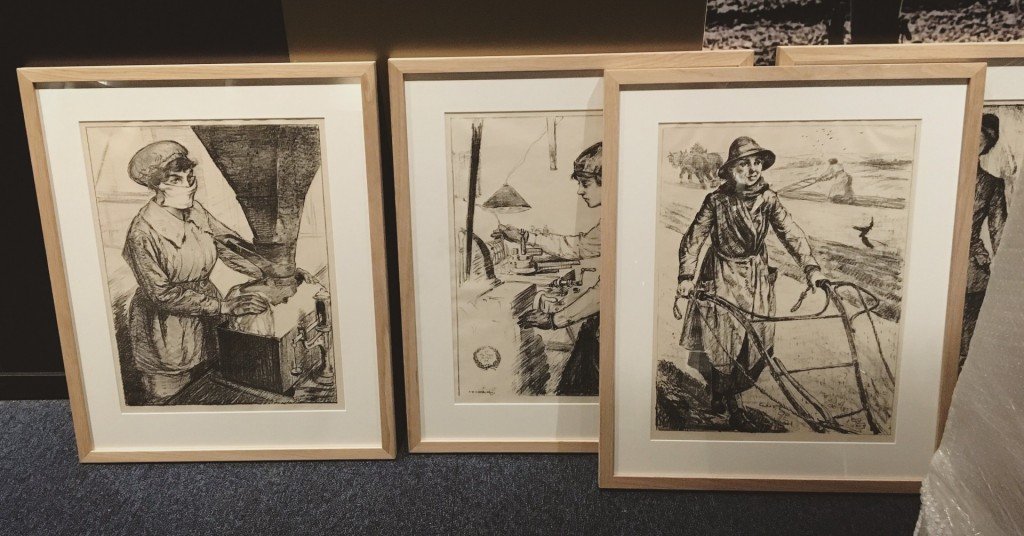