As one of London’s wonderful (and free) eclectic museums, here’s four reasons to get yourself to Whitechapel…
Not one of the actual reasons, but so you can appreciate how much this area has changed; 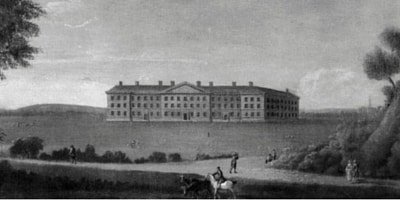 There’s a colour reproduction of this painting by Elizabeth Petrie, depicting the ‘View of the London Hospital’ in 1752. Needless to say, Whitechapel Road looks a helluva lot different now.

This record of would-be surgeons during January – July 1781 also gives the length of service and name of the superior under whom they studied. One pupil, Arthur Dowdall, is recorded as “discharged for striking a nurse” in the bottom right hand corner. Good riddance.

Probably the most famous elements of the collection are the belongings of ‘The Elephant Man’ (AKA John Merrick) who was treated, eventually lived, and died at the Royal London during the late 19th Century. 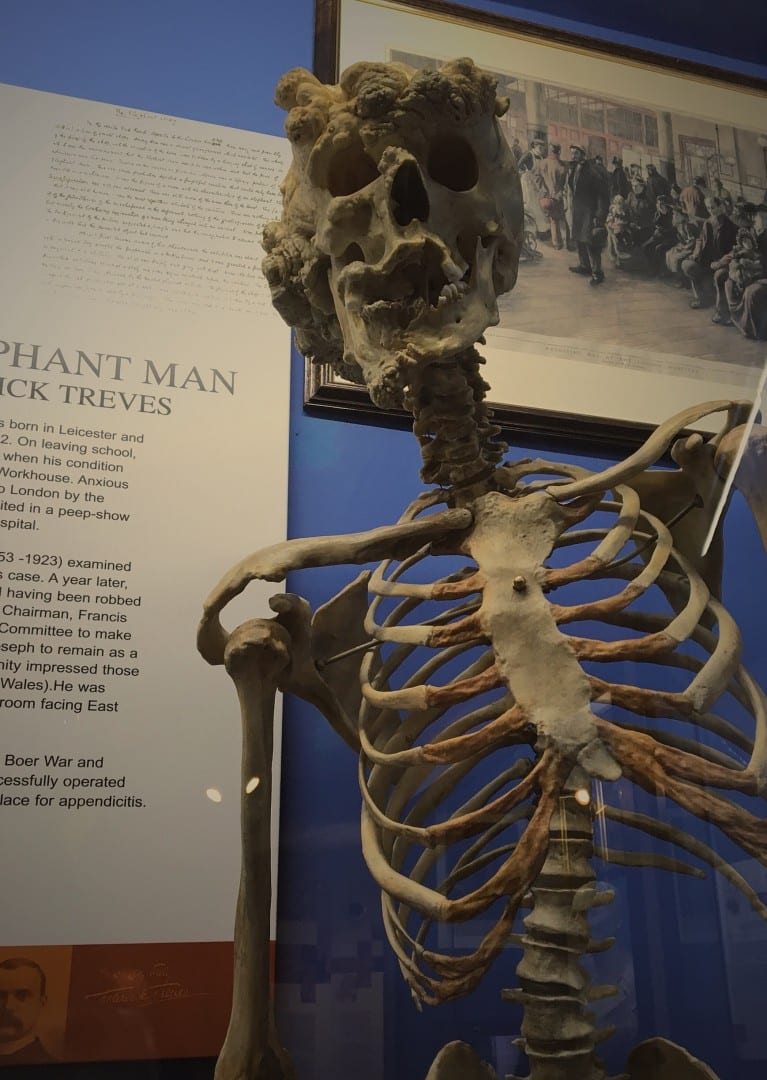 The replica skeleton (the original is on private display for medical students) is emotional, feeling less ‘speciman’ and more ‘memorial’, especially when viewed alongside the brilliant documentary within the museum.

What I found more striking however, was this painstaking construction of a church, made by Merrick: 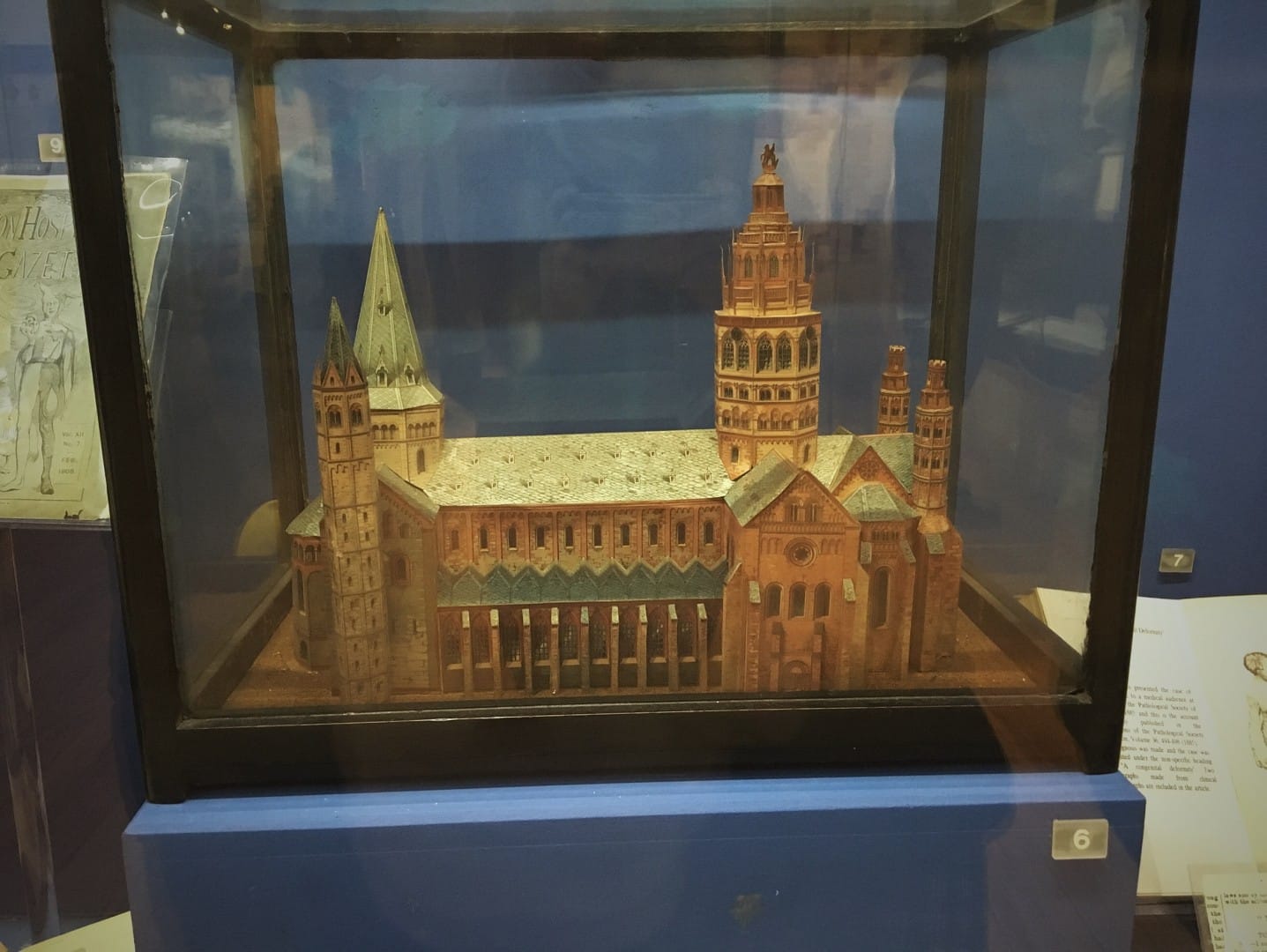 The identity of the church is unknown, but it was a German model-making kit from 1886, given to Merrick by the actress Dame Madge Kendal who visited him when he lived in the hospital. 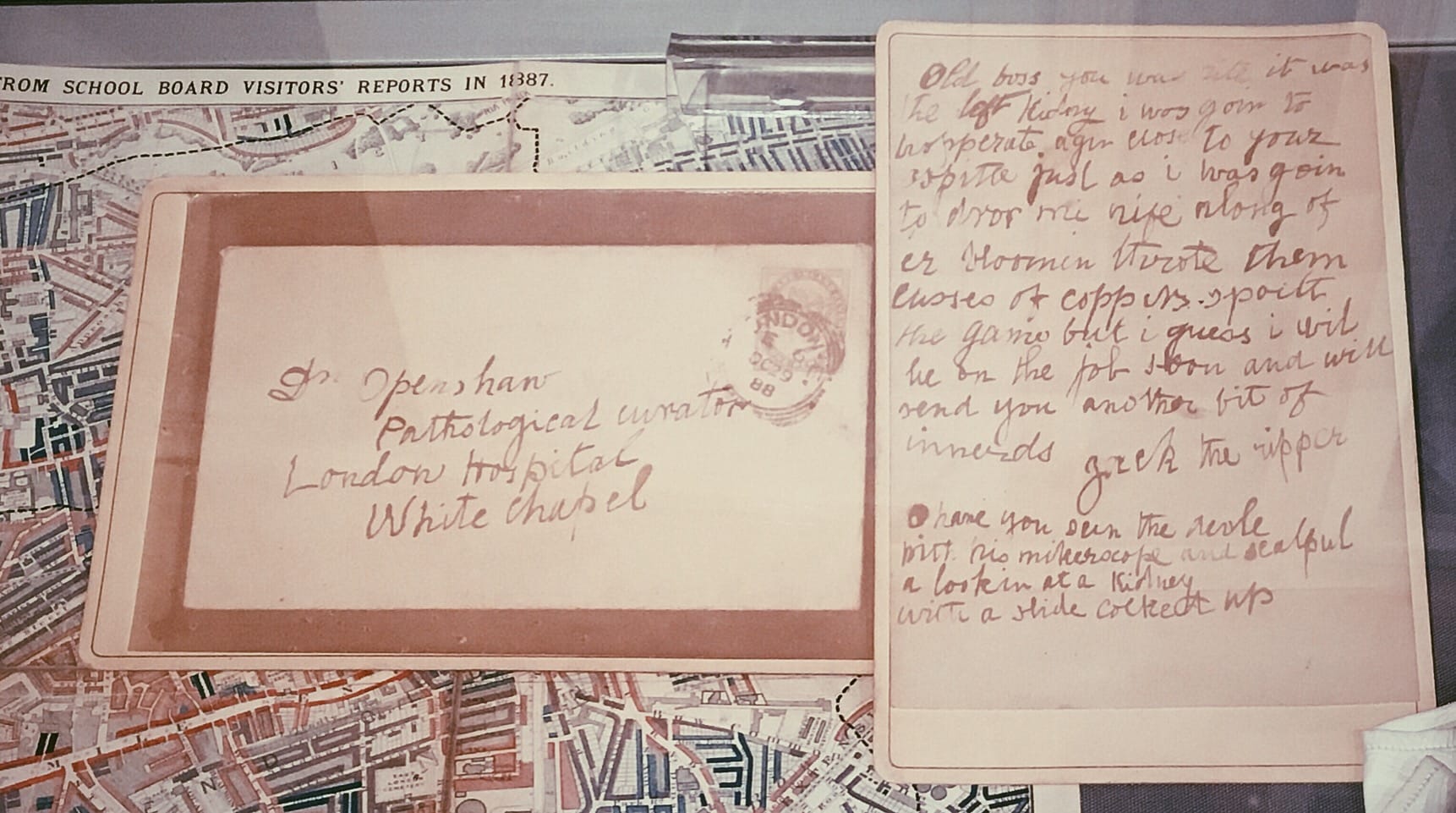 This is a photograph of the letter and envelope addressed to Dr Openshaw, Pathological Curator at the London Hospital which was signed ‘Jack the Ripper.’ It arrived at the hospital along with half a kidney, reputedly belonging to Catherine Eddowes, who was murdered on Sunday 30 September 1888.

Alongside this item there’s also deeply saddening sketch taken from the mortuary by Mr F W Forster at 3.45 AM on the fateful Sunday, depicting the brutal wounds inflicted on “Kate” Eddowes. It’s a sobering reminder of the terrible crimes committed, which – given the infamous nature of the mystery – often get overlooked. 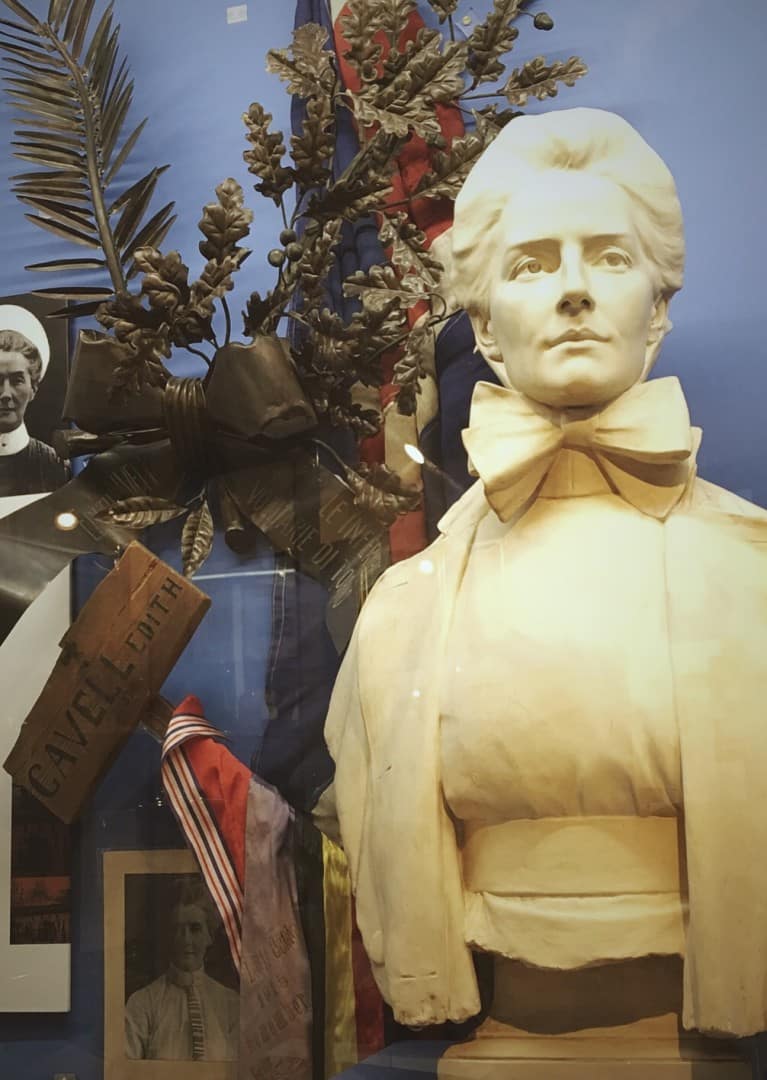 In the early stages of WWI, Edith and her nurses cared for several hundred was casualties. She helped wounded soldiers escape from occupied Belgium to safety but was caught and arrested. On 12th October 1915 she was executed by a German firing squad. Before she died she wrote: “I realise that patriotism is not enough; I must have no hatred or bitterness against anyone.”
To the left of her bust is the original wooden cross that marked her grave in Germany.

The museums is free to visit and the closest station in Whitechapel.
Find out more here.