The Seven Noses of Soho

Have you heard the legend of the Seven Noses of Soho?

The story goes that to find them all brings infinite wealth, but I’m not holding my breath.

Here’s what I discovered snooping around Soho…

How the Story Started

You may have come across a particularly great London urban myth, that a spare nose for the Nelson’s Column statue is kept under admiralty arch?

Even better that, when soldiers are walking through, each one is compelled to give it a tweak for good luck? 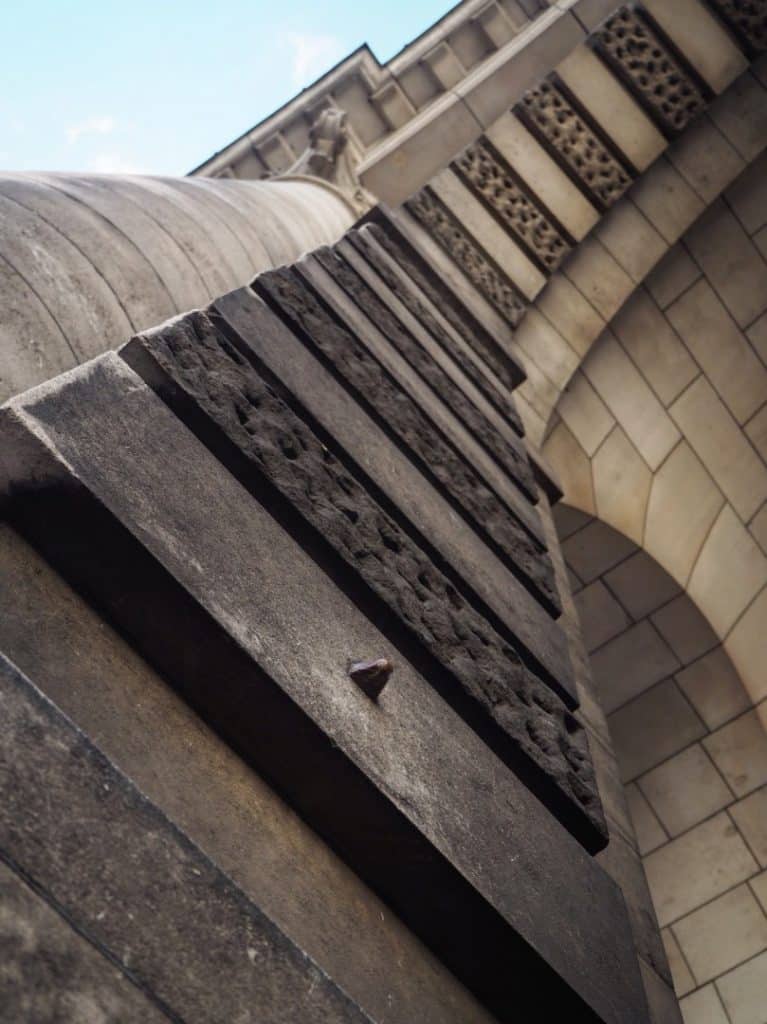 The nose appeared in 1997 without notice or apparent meaning and this story developed around it.

(and everyone happily ignoring the fact that the Nelson statue is 5.5m and this nose couldn’t possibly be a spare…)

But. This wasn’t the only one.

In the same year over 30 noses were fixed onto landmarks and in public places. These included the side of the National Gallery, St Pancras Station and Nelson’s Column itself.

Mostly when these were spotted they were removed straight away, but there are some left for us to discover!

In 2011 the truth about the Soho Noses was revealed.

An artist called Rick Buckley was ‘unmasked’ by the Evening Standard and claimed he installed them as a snub against CCTV spying culture in London, seeing it as an infringement of liberty. Mostly though, he just wanted to see if he could get away with glueing 35 noses across London.

“I wanted to see if I could get away with it without being detected. The afterthought was that it would be great if these protrusions would become part of the structure themselves.”  – Rick Buckley

Buckley claimed then that there were around 10 scattered across London but I had since read online that there were seven ‘Soho’ noses left. A few of them aren’t even in Soho strictly speaking, but here’s where you can find the last surviving noses.

Find the Seven Noses of Soho

Admiralty arch we’ve already ticked off, so first up was Bateman Street 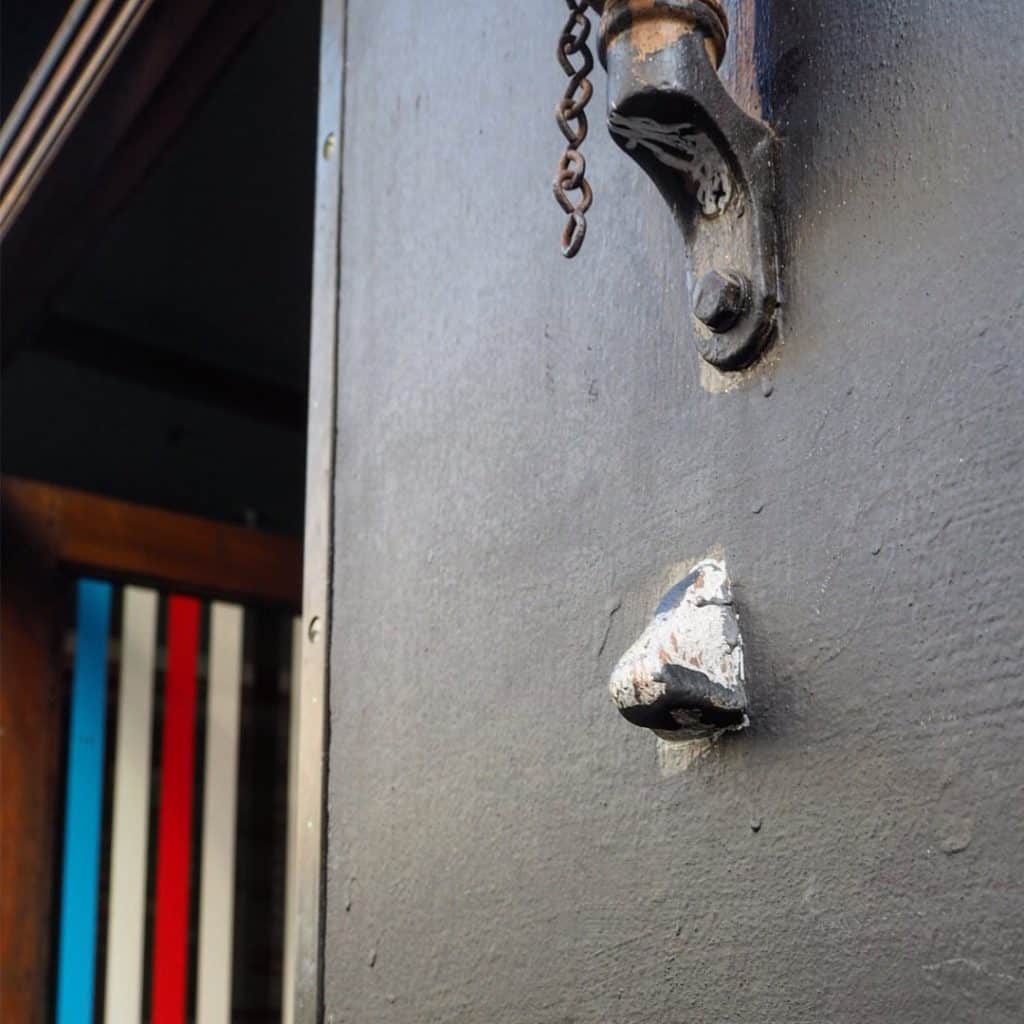 Since I took this photo it’s now a bit trickier to spot as it’s been painted over with the walls.

Next was D’Arbly Street which proved fruitless.

It’s probably been removed. I did find a nose-shaped nail but I reckon that doesn’t count. 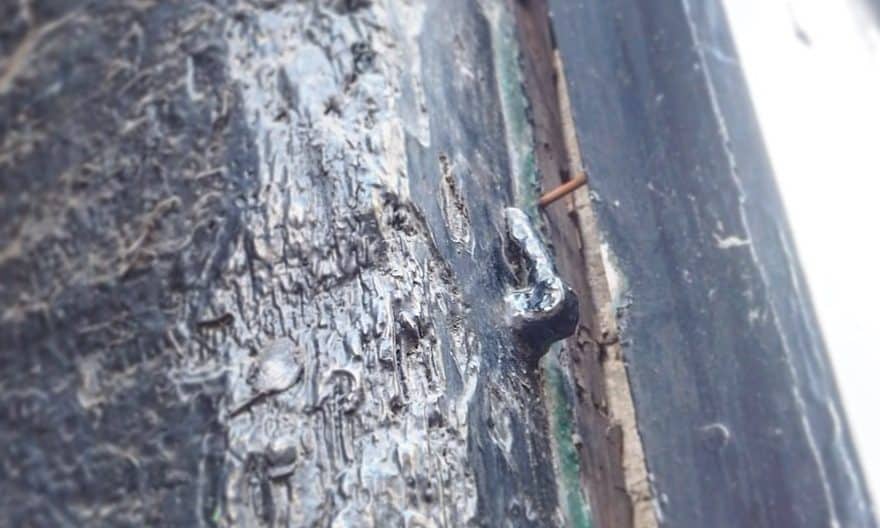 Dean Street proved easier, you just have to crouch behind a plant pot to spot it! 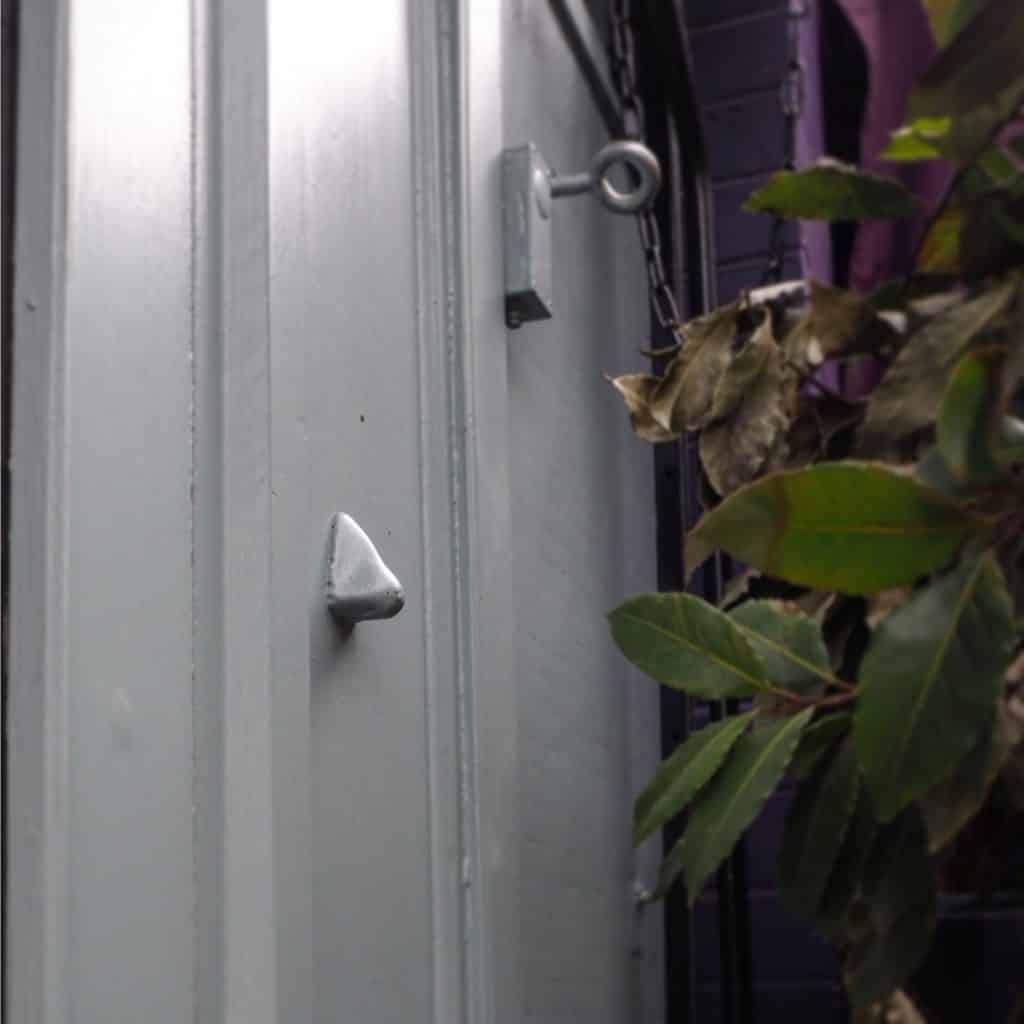 Meard Street seemed to be a fake nose too. It’s so oversized that it’s clearly not one of the originals, because a copycat artist? 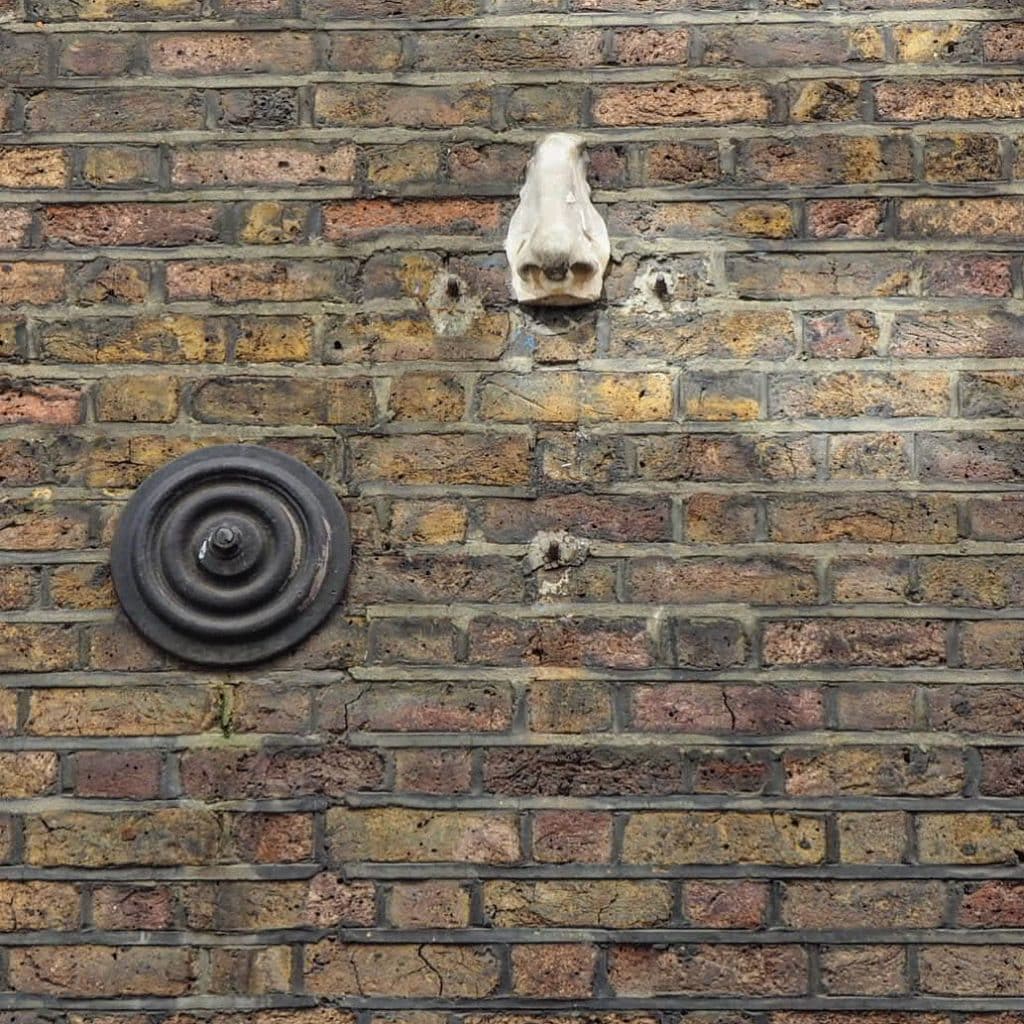 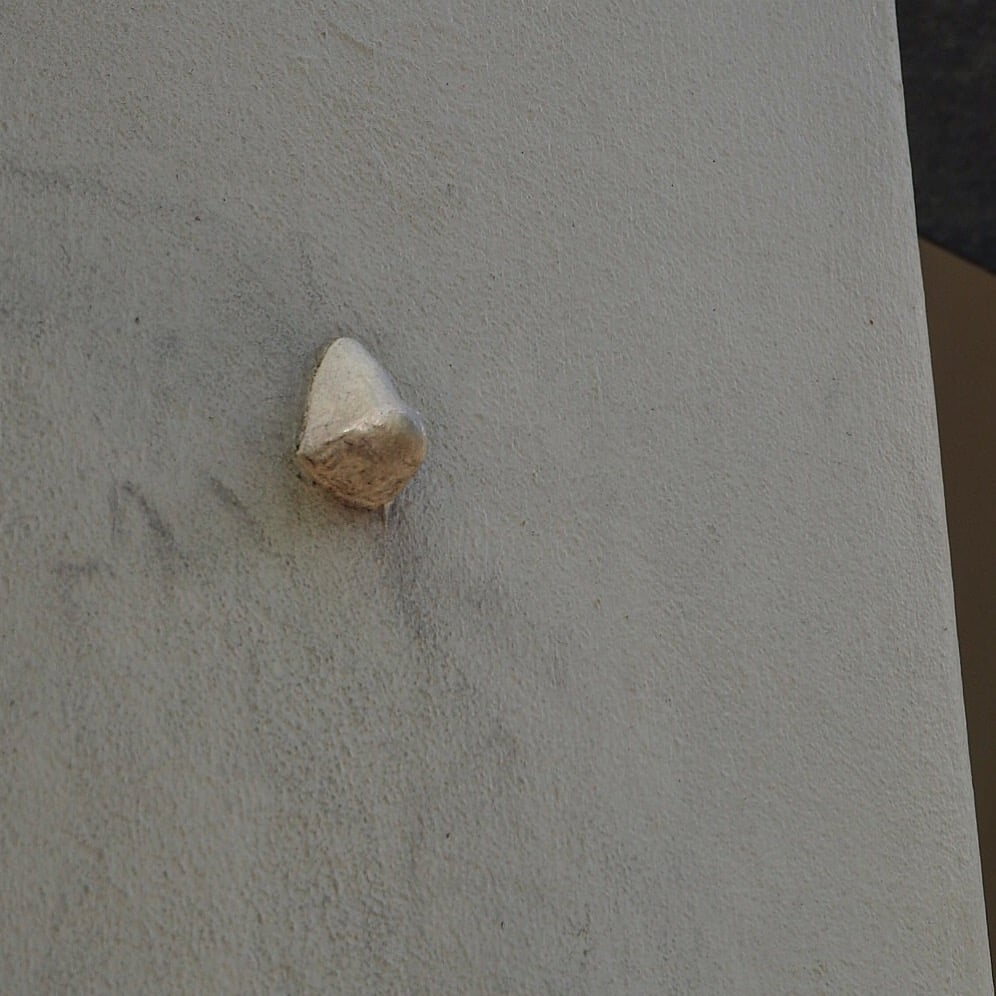 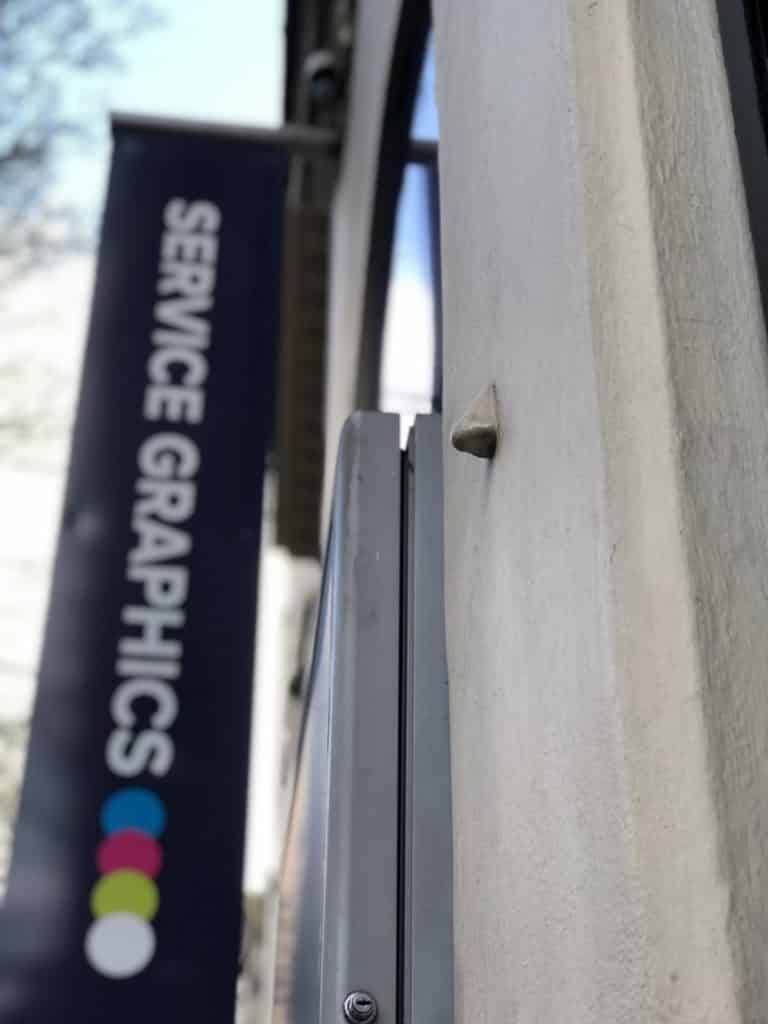 So there you go, it’s still possible to find 5 originals of the ‘Seven Noses of Soho’

It seems the notion of affixing appendages to walls was to tempting to stop at noses.

Illustrator Tim Fishlock decided to embark on his own street art project, casting his own ear and glueing them around Covent Garden. 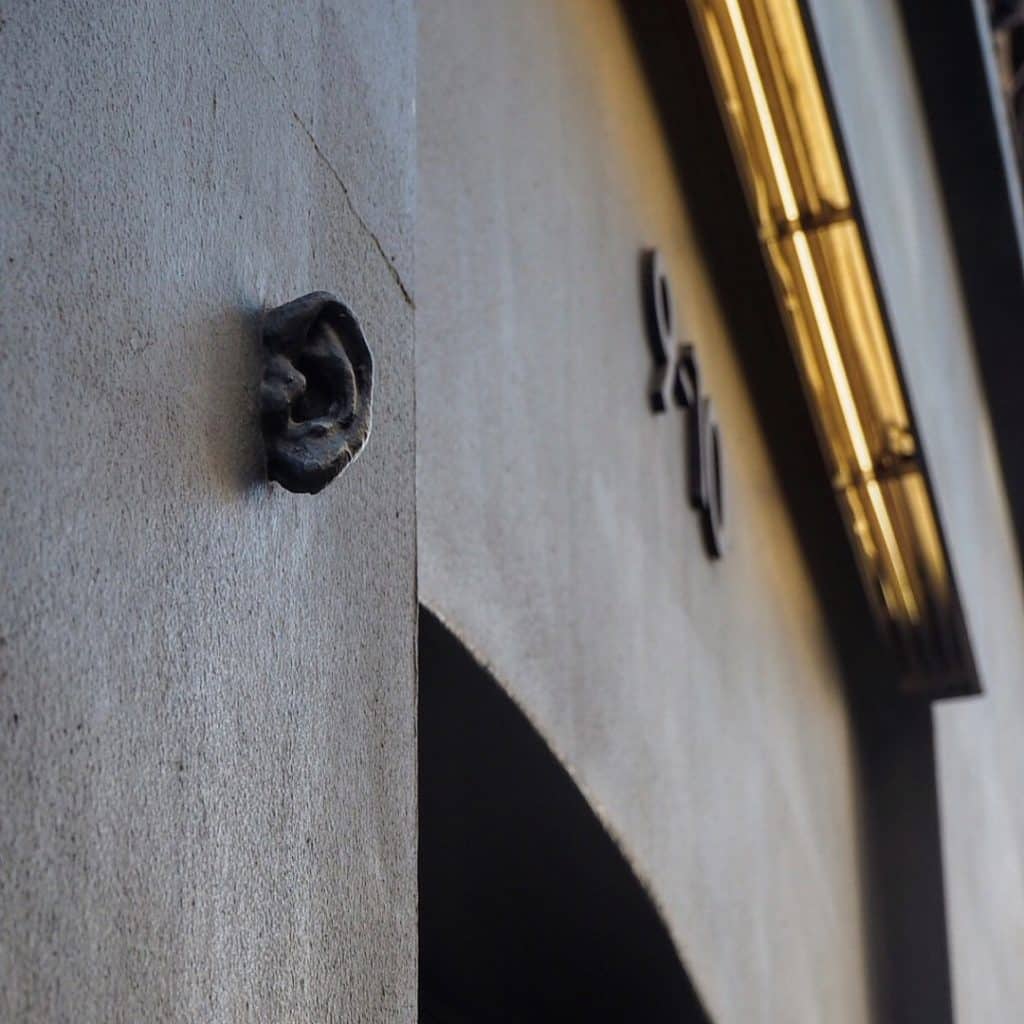 Two can be found on Floral Street but Tim claims there’s far more across London.

You can also spot lots of artwork from Gregos, the Parisian Street Artist casts his own face and sticks it to walls, there’s over 1,000 of them worldwide and you can find this one on Fashion Street in Shoreditch. 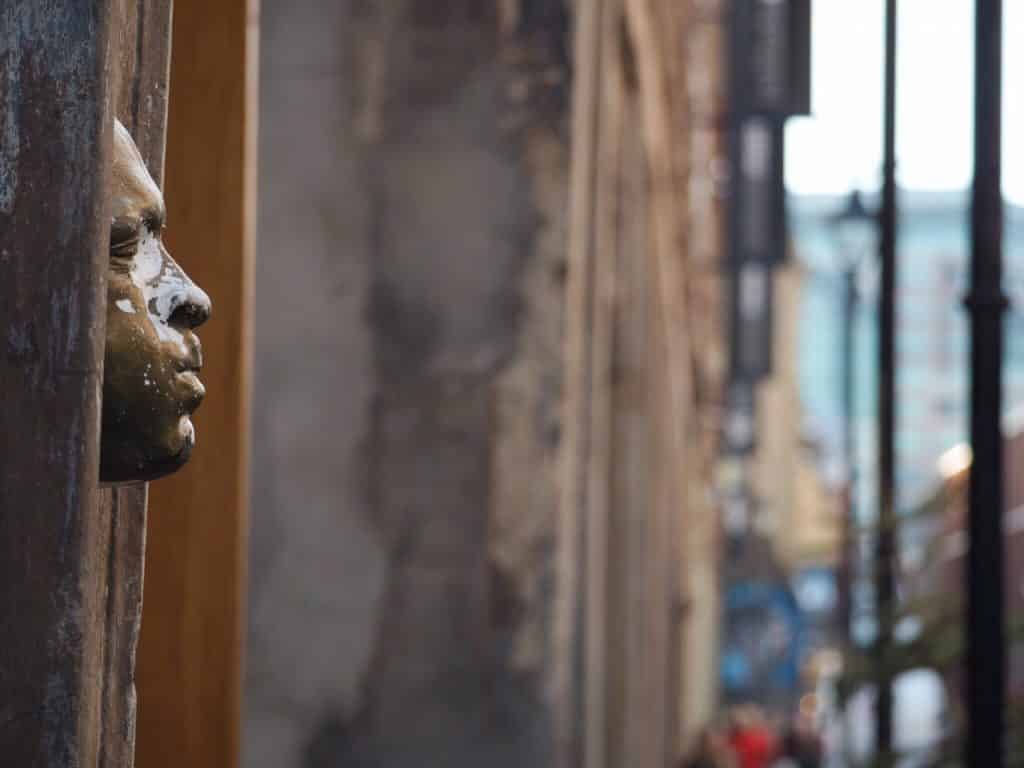 Spotted any more noses (or other strange things!) in London? Let me know!