When it first opened on 24 December 1869, tube maps displayed the station as St. James’ Park but in Harry Beck’s 1933 game-changing map it appeared without the apostrophe; St. James Park.

It was only after 1951, reflecting a change in punctuation styles, that it transformed into its current form; St. James’s Park. 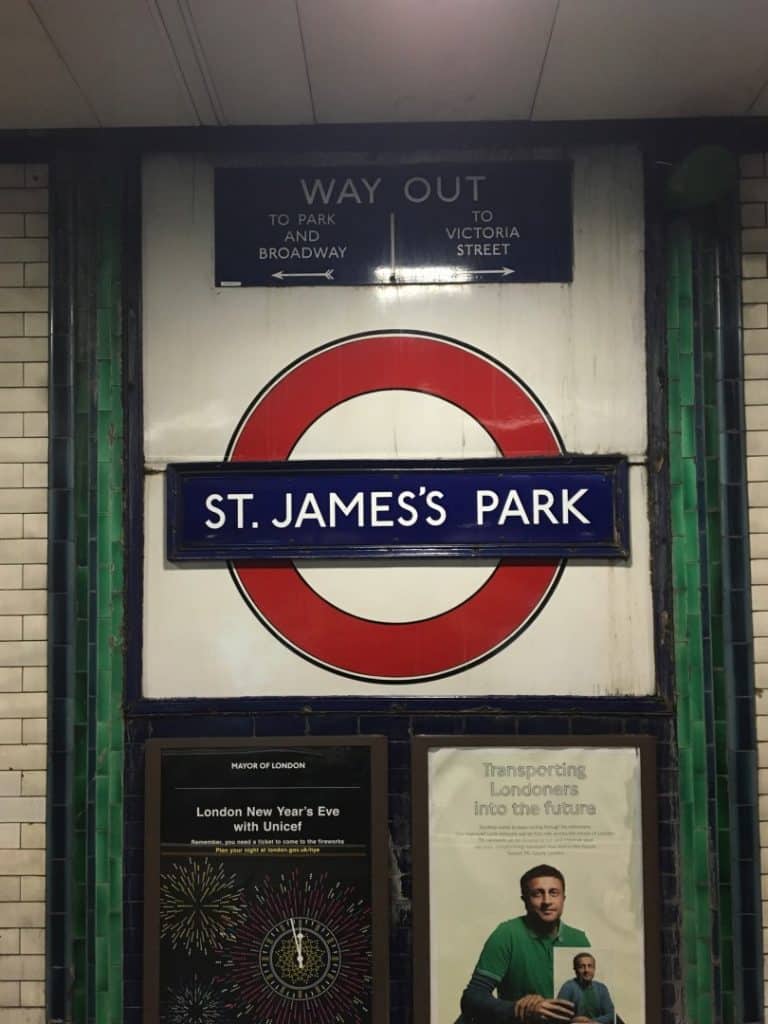 The station’s signage, installed in the 1920s, original had the single ’s’ form, but now all apart from one of these roundels had been replaced.

To spot the sneaky odd one out, head to the last carriage on the Eastbound platform. 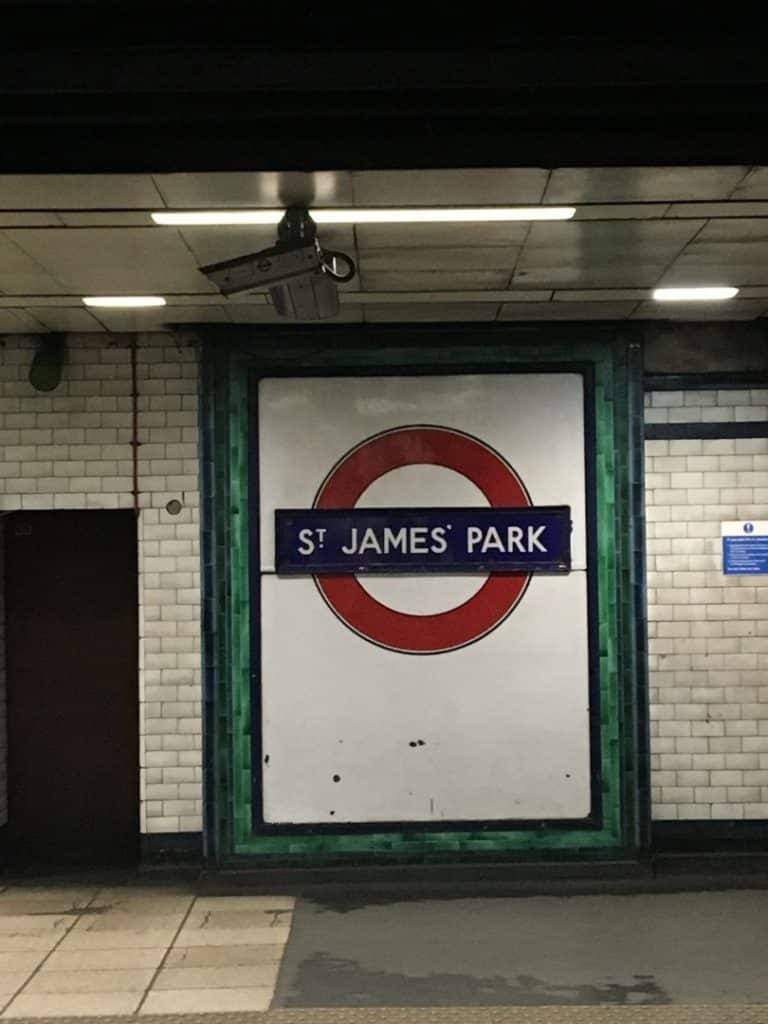 I don’t know about you, but it doesn’t even look like a real word to me now… 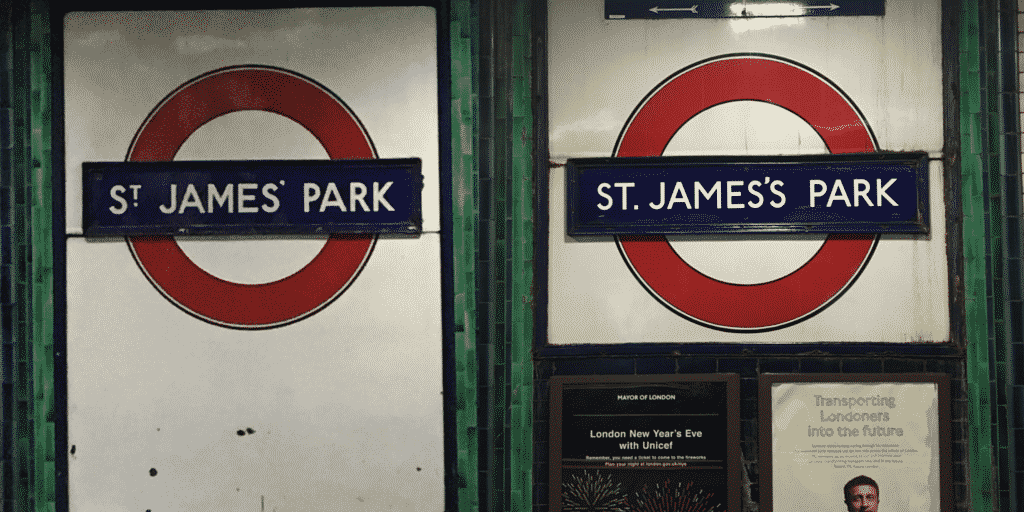