in City of London, London, Look Up London
18 Comments

Just around the corner from Baron’s Court tube station are the delightful St Paul’s Studios. 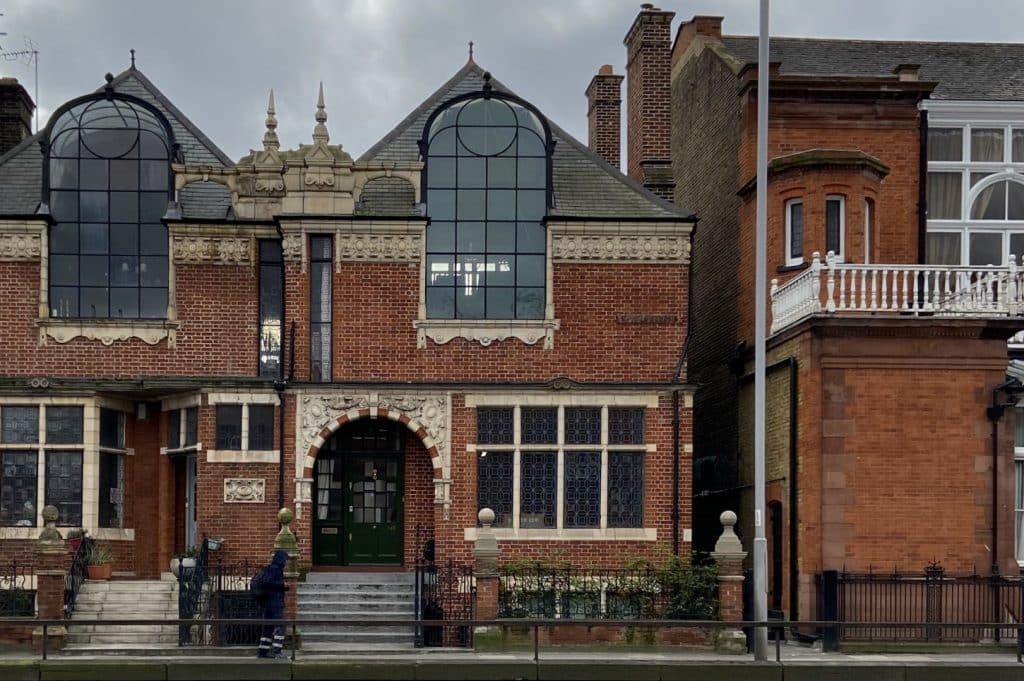 Unless you live locally, you probably only know them as the buildings that you whizz past on your way West along the A4. They’re the ones that make your jaw drop and gasp ‘who on earth lives in them?!’

Built in 1891 and designed by Frederick Wheeler, The row of houses along Talgarth Road were aimed at ‘bachelor artists’ (ie unmarried) with lovely large north facing windows and housekeepers apartments in the basements. 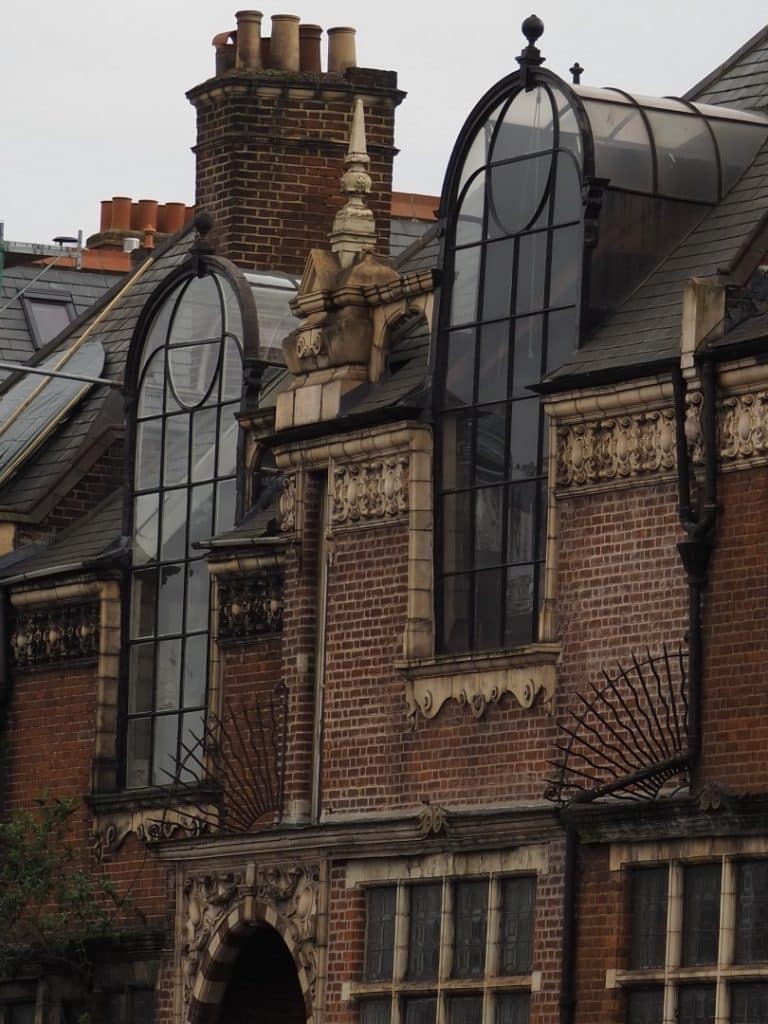 Today the busy road is quite the polluting eyesore, but it wasn’t always so!

The view of Talgarth Road, long before the road was widened into a monster route through West London. pic.twitter.com/VjvbGA0NPW

Typical of late Victorian architecture they are covered in lovely little flourishes in terracotta. 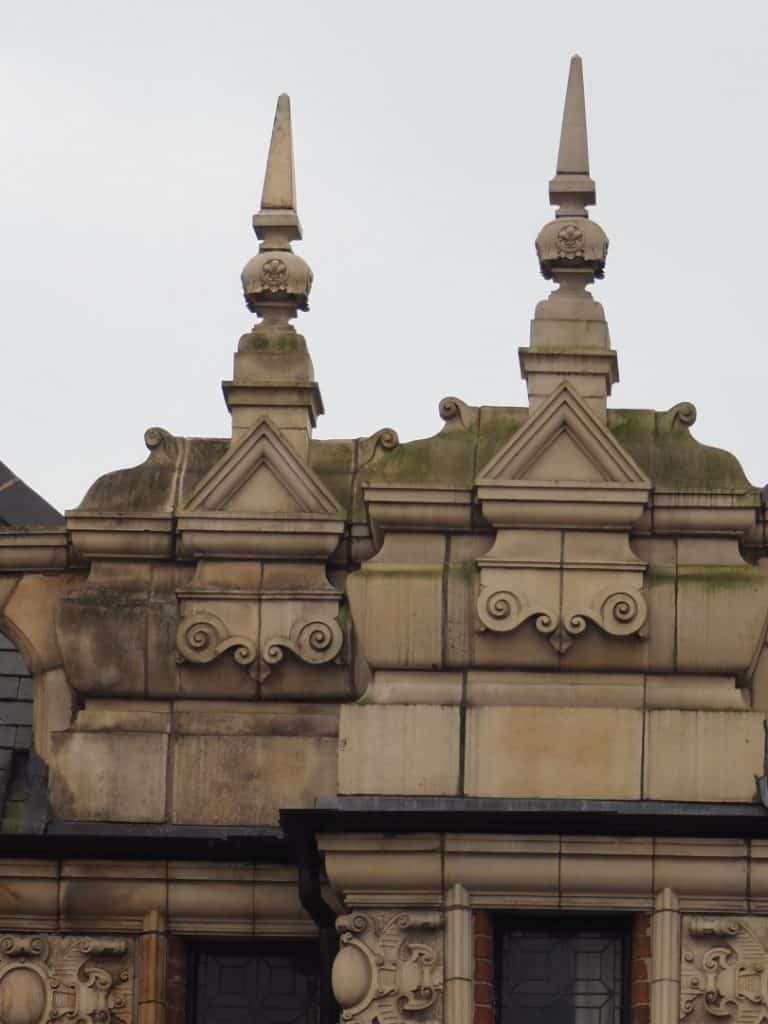 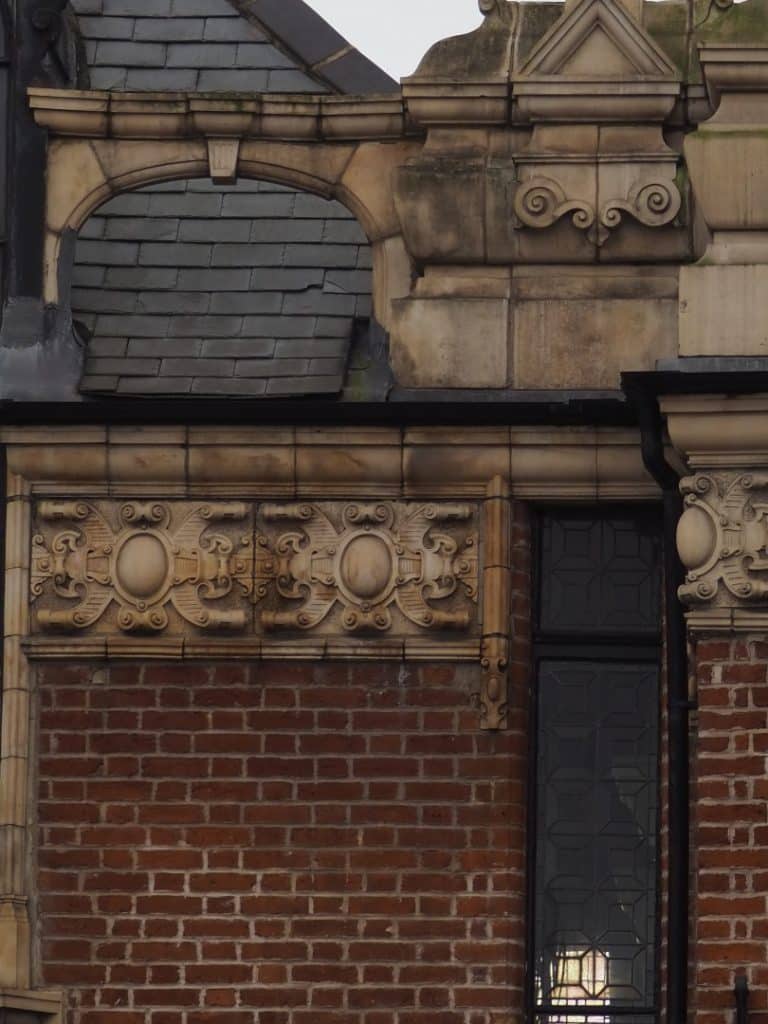 There’s also a careful attention to the font design too. 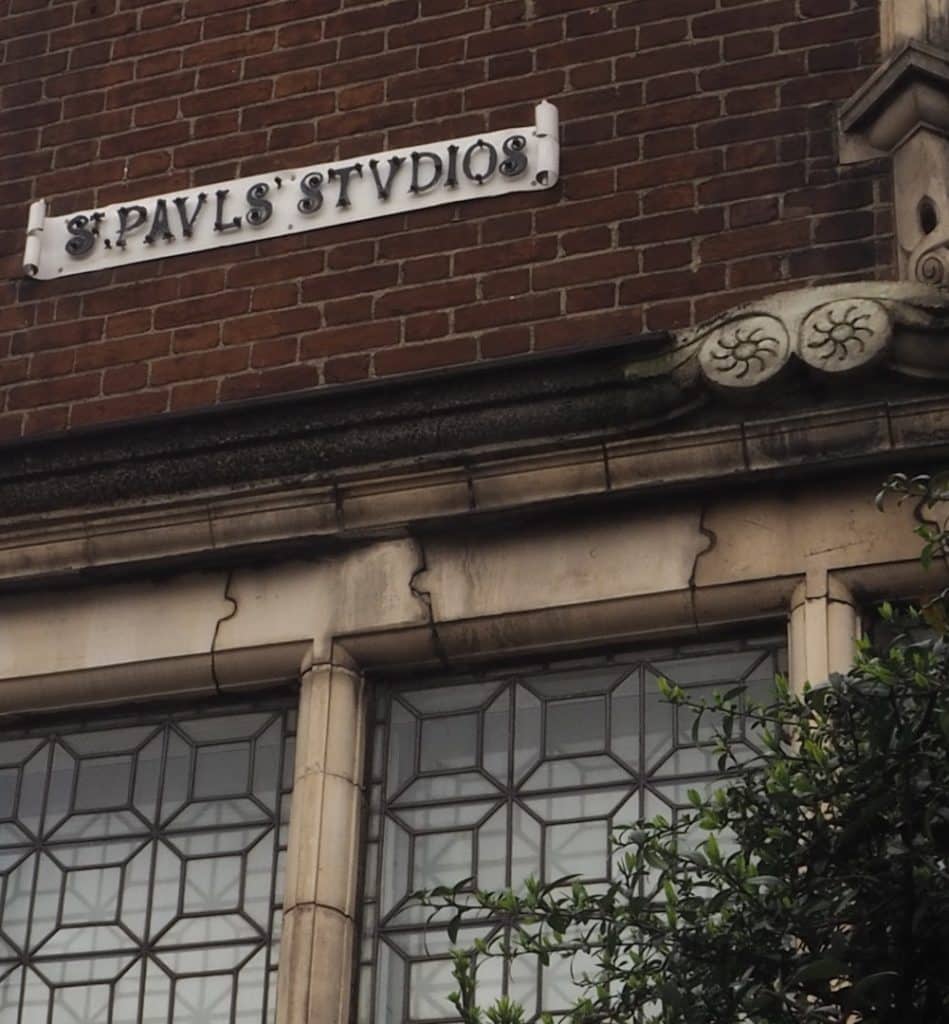 It’s not particularly surprising that all the homes were occupied within a year of being built.

And although they may not be household names, some of the more notable artists who lived here include;

Ruby Levick (1871-1940) who was a Welsh sculptor and medallist who often exhibited at the Royal Academy. You can see a sculptural bust of Chemist John Dalton in the Royal Society of Chemistry in Burlington House.

William Logsdail who lived in the studios 1903-1922 and his epic oil paintings of events like the Lord Mayor’s show can be seen in the Guildhall Art Gallery. 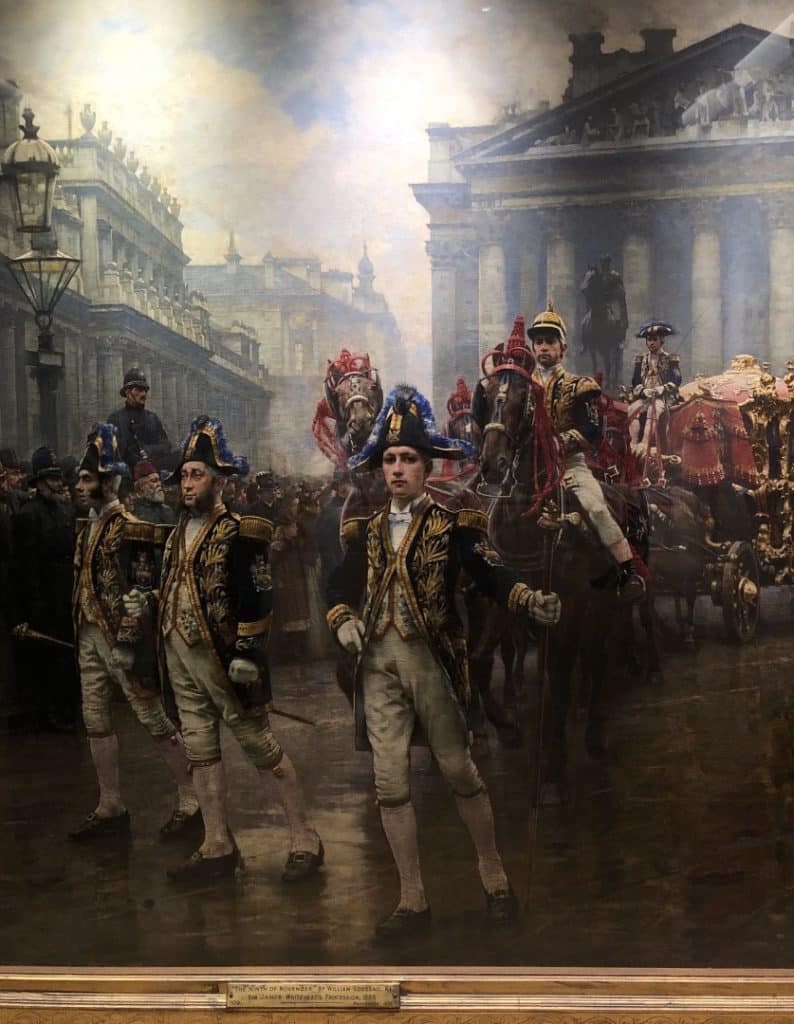 Inglis Sheldon-Williams (1870-1940) who in the early 1900s travelled to South Africa, India and Europe. His sketches of British Colonial officers are held in the National Portrait Gallery’s collection. 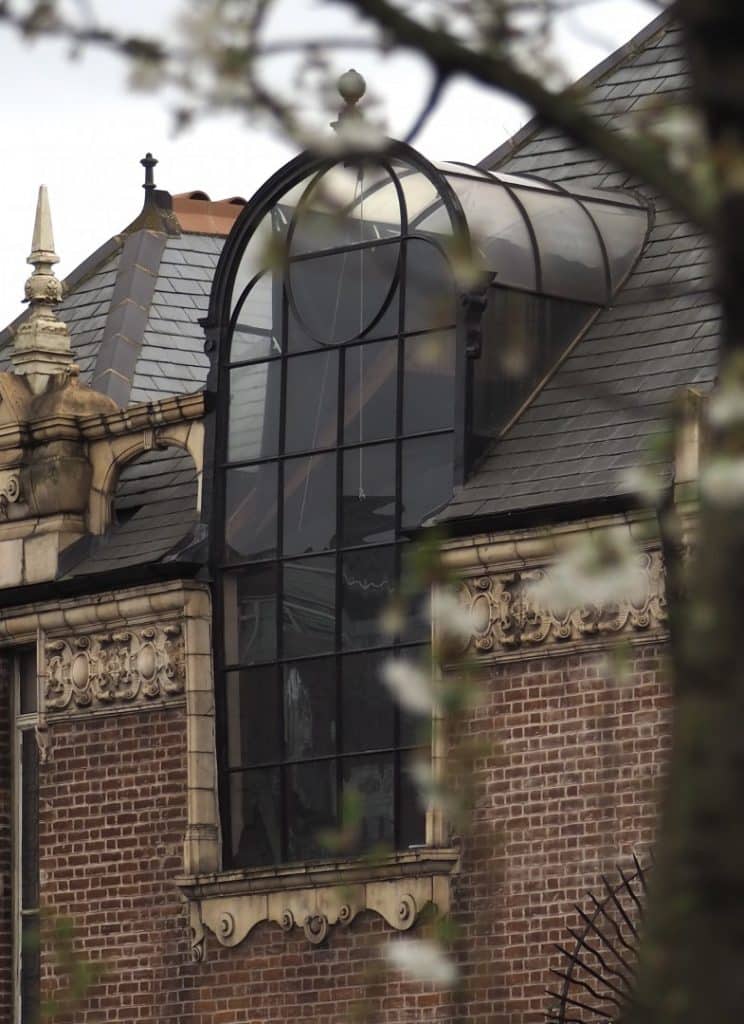 The busy A4 right on the doorstep does somewhat detract from the studios’ appeal, but these are still beautiful buildings. 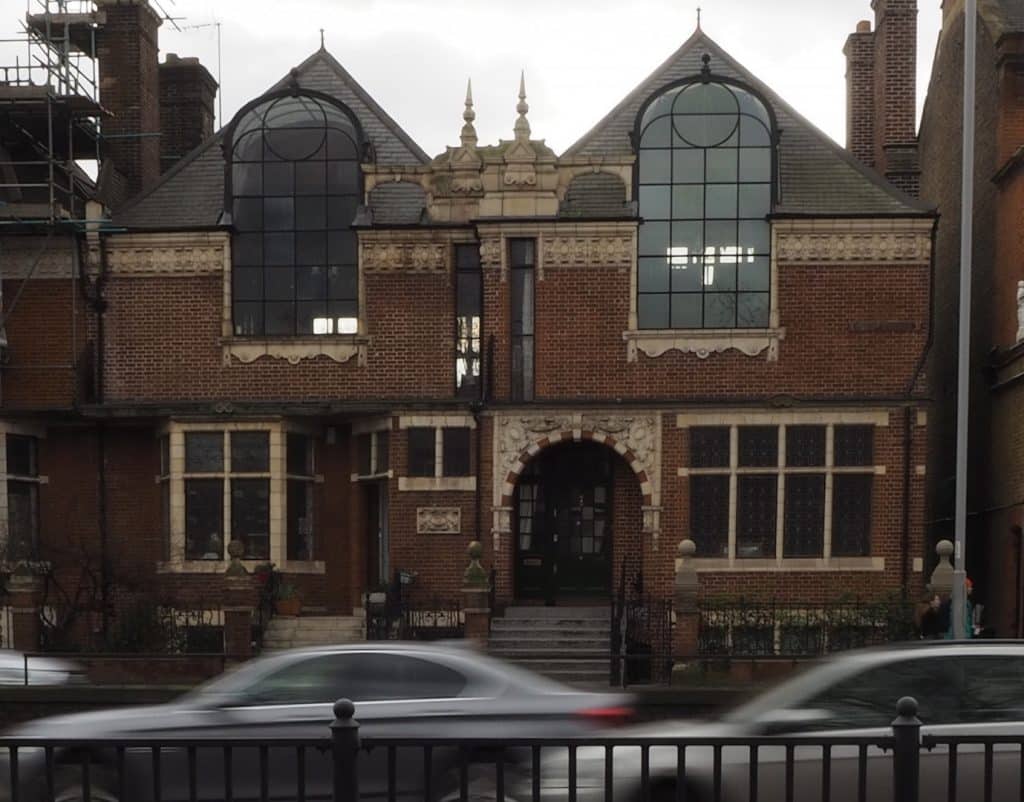 Although some of the houses seem to be in better shape than others, a few having been left in a pretty dire condition during the 1930s and 1940s.

In July 2021 one of the studios went up for sale, offering a great chance to have a look inside!

The 3-bedroom terraced house is on the market for £1.8million and you can view the listing here.