If you look up on Commercial Street in Spitalfields you’ll spot a decorative relief showing; Stapleton’s Established 1842. It’s above a wide door which now houses a vintage market, but used to be a repository. 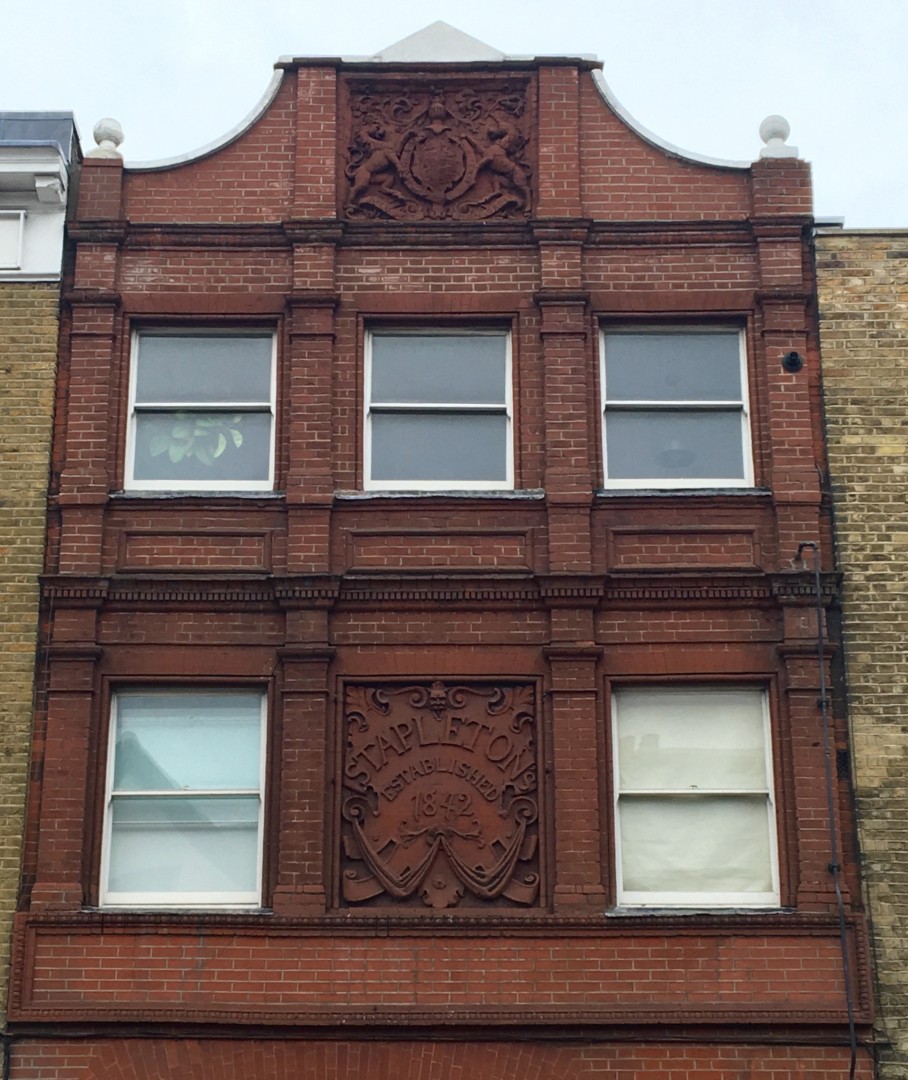 It’s not as dodgy as it sounds – it just means store house – in the mid 19th Century Stapleton’s was a repository where horses were bought and sold.

There’s a colourful account of London Cart-houses by J.G Lyall called The Merry Gee-Gee (published 1899). A book about breaking in, breeding and riding horses, the byline describing it as; “The noble art of backing winners on the turf.”
The book explains that you can grab a bargain in London by buying a cart-horses that are ‘used up on the [London] stones’ and train him up to full racing health in the countryside.

However the description of Stapleton’s have might put people off:

“If you are fastidious as to rubbing shoulders with some terrible scadgers, don’t go to Stapleton’s as it adjoins Spitalfields Market and you meet the veriest dregs of East End Costermonger (fruit and veg seller) society there. If on the other hand, your clothes are getting shabby and you would like to be a veritable toff for the day, go to Stapleton’s and you highest ambition will be gratified.”

For a closer look and more intriguing history, join me on my walking tour; The Spirit of Spitalfields for a 90 minute whirlwind tour of the area. See the upcoming dates and book here;